A Toronto neighbourhood that's had a string of break-ins at restaurants and other businesses has left owners shaken.

Less than two weeks ago, OMG Baked Goodness on Dundas West was broken into (the business turning the incident into a funny video/marketing opportunity), cafe-turned-grocer Safehouse just a few doors down was hit around the same time, on Apr. 11.

Alchemy at College and Delaware was broken into early morning Apr. 24, and Bluebird near Dundas and Roncesvalles suffered the same fate just a couple of days ago. All robberies had a similar M.O.: a glass door was smashed in order to gain access to the handle inside.

The break-in at Alchemy occurred around 2:30 a.m. and the robber only made away with about $80 in cash, but the door they smashed cost about $1,000 to replace. The overall amount was less than their insurance deductible so they had to pay for it out of pocket.

"Even with an alarm system and cameras in place, it doesn't seem like the police are able to get any meaningful leads as of yet," Alchemy co-owner Ben Swirsky tells blogTO.

"We've heard from other nearby businesses that they've had similar issues but it's hard to tell if it's the same perpetrator. The police confirmed there's been a huge influx of these types of crimes in the last few months in the neighbourhood and they are stepping things up on their end. What that means exactly, I don't know." 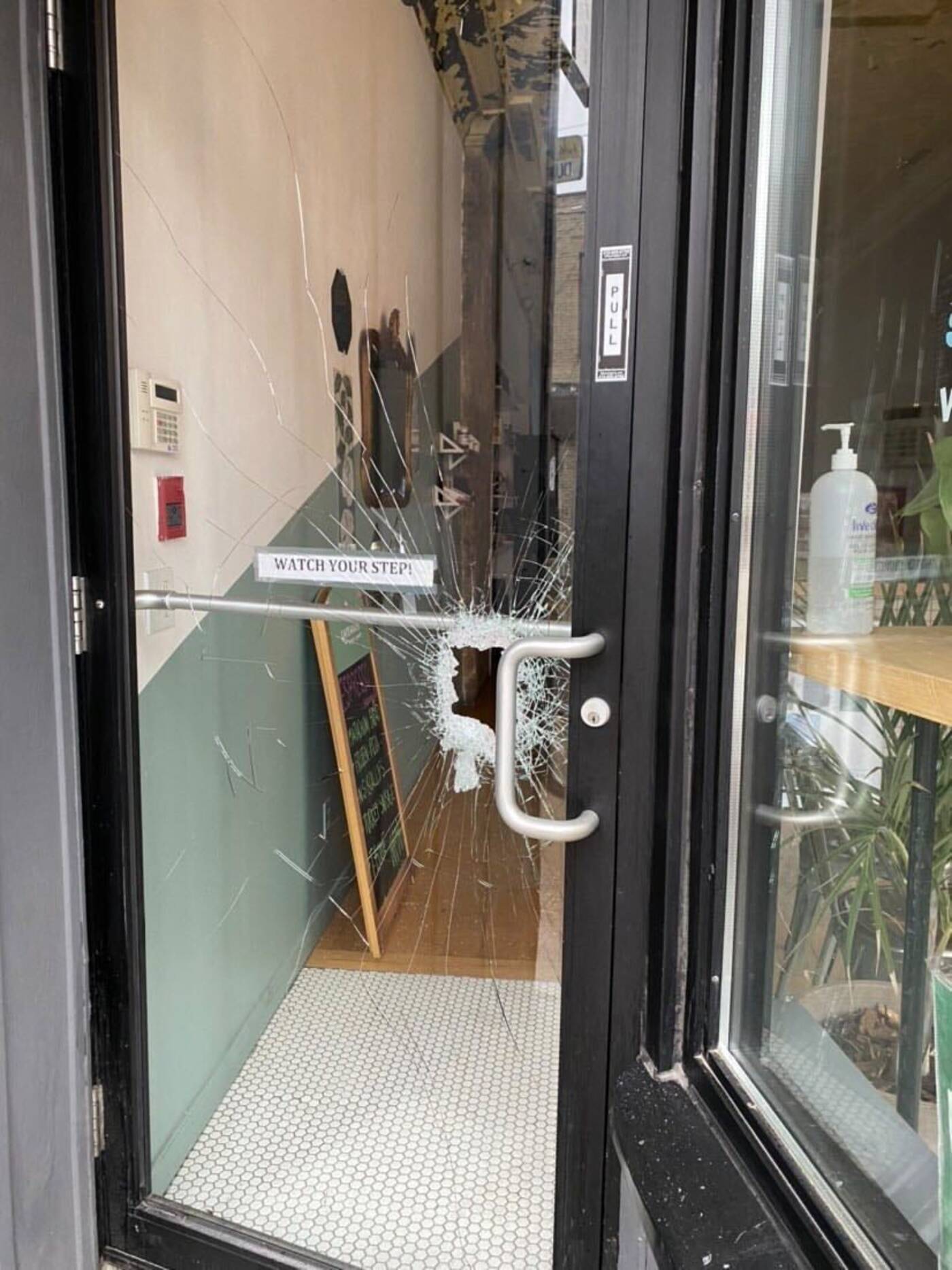 The smashed front door of Safehouse. Photo by Tyler Kostman.

Tyler Kostman, owner/operator of Safehouse calls the string of incidents "a horrible situation" and feels that a hole in the glass door beside the lock was clearly the work of "a professional or someone who had done this before."

New cafe bistro Milou was just broken into on Apr. 28 at 4:21 a.m., and though co-owner Adrian Montes de Oca tells blogTO "obviously it's shocking" but says he's had some time to reflect on what happened.

"I had a chance to speak with the cops.... They are chasing the same handful of people, repeating offenders. And there isn't much that can be done about it based on the laws we have at the moment," he says.

"A lot of the time these people committing the crimes are dealing with mental issues, addictions," Montes de Oca says, though he has no specific informaiton about the person or people responsible for these break-ins.

"If we agree that this is a health issue then we need to rethink on how we deal with it. Throwing these guys in jail for five nights does nothing. They need help with their addictions, with mental and emotional support."