OMG Baked Goodness is one of Dundas West’s most popular neighbourhood bakeries. It was initially to be mainly a wholesale operation, but when owner Lesley Mattina found this bakery/cafe space, she expanded into individual baked goods and coffee.

The space was always charming, but it got a facelift at the start of 2017 that reflects more of OMG’s vision than was possible when they first opened six years ago with barely a budget to speak of. In the interim, second location OMG on the Park was opened. 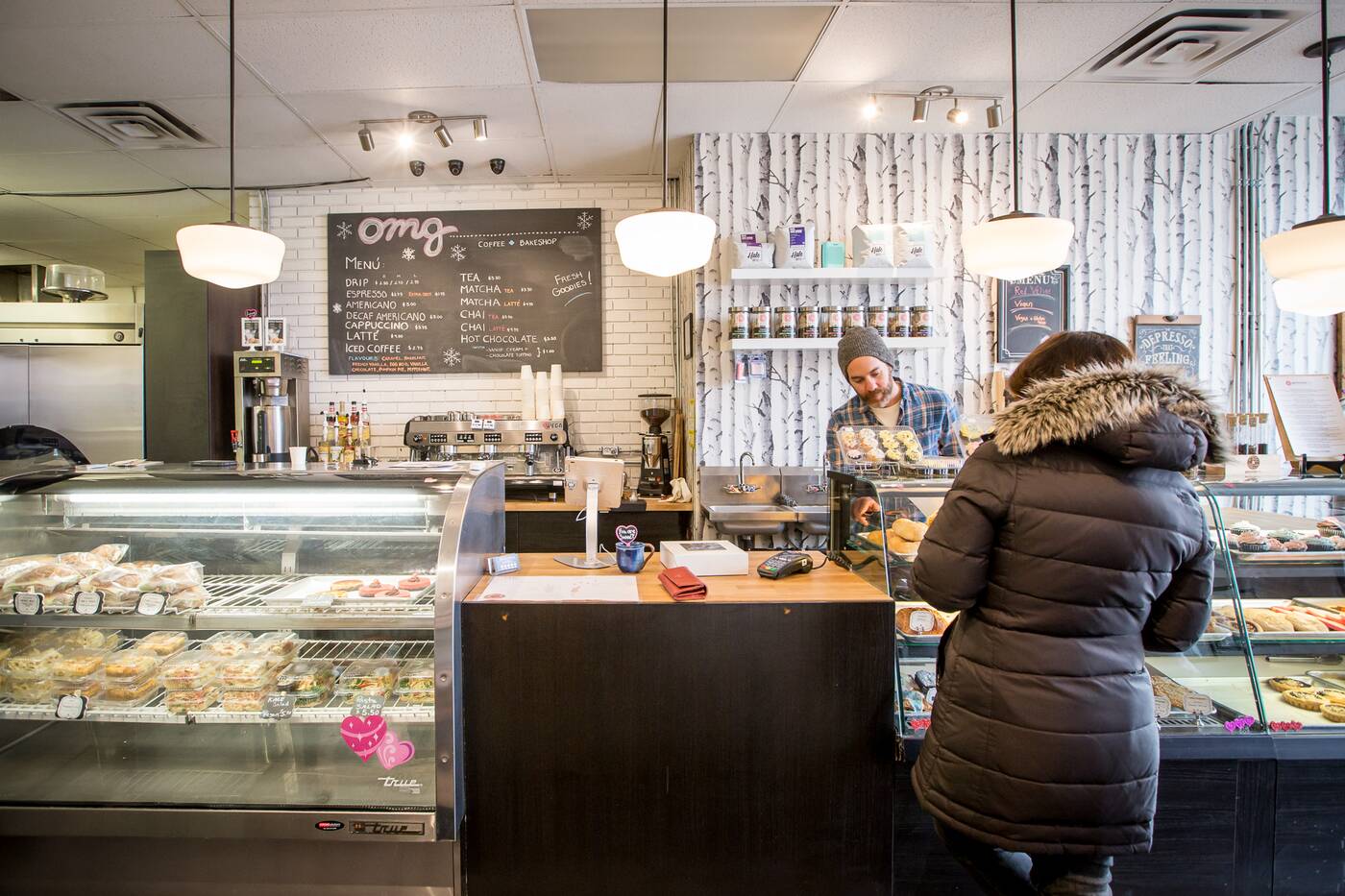 The space certainly feels more modern now, missing the hot pink that old school patrons of OMG knew to look for in the distance, a promise of cupcakes to come. It’s been replaced by pretty but bold birch tree wallpaper, the same as at the park location. 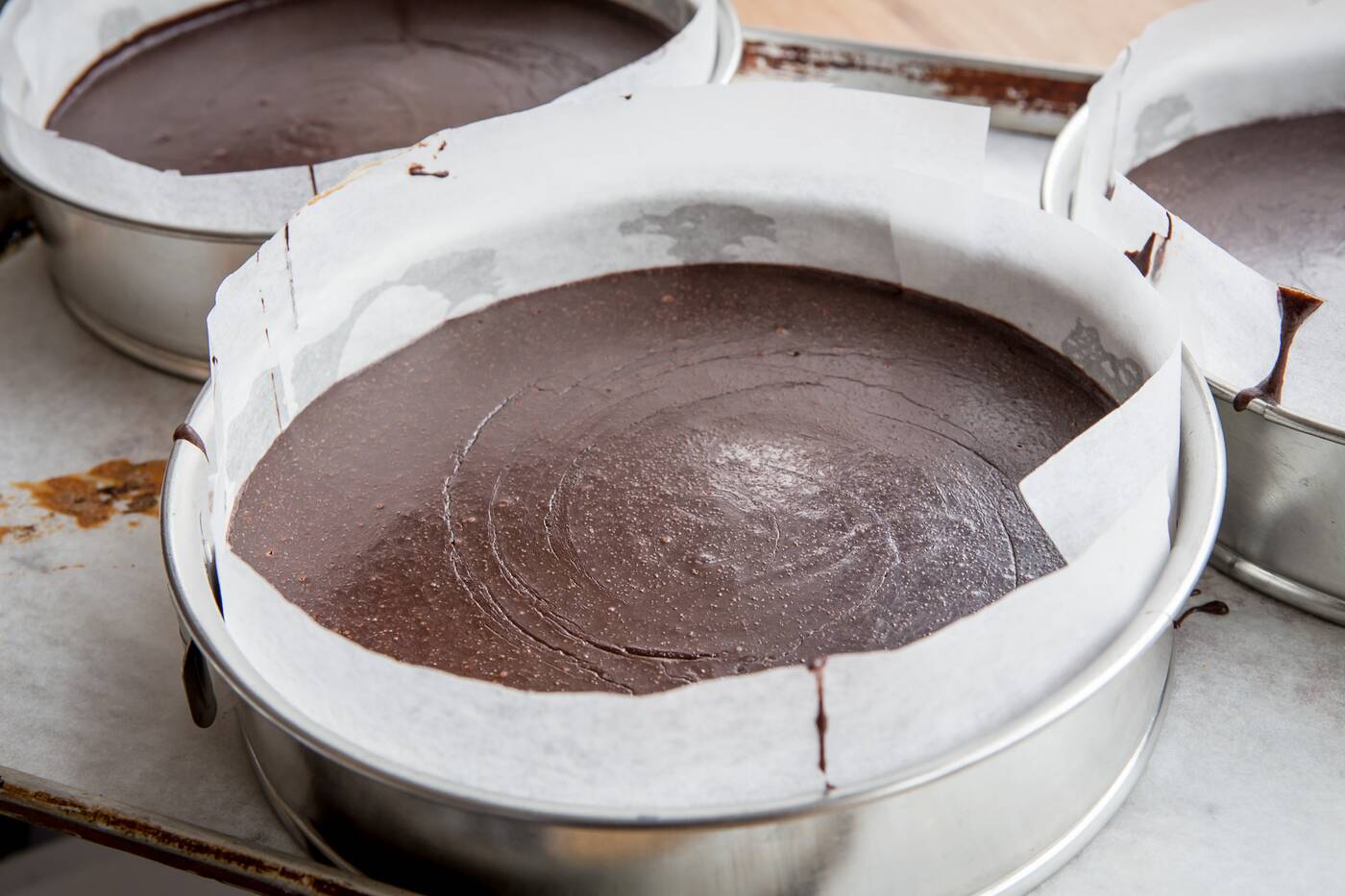 When I arrive, Lesley is working on a wholesale order of double espresso chocolate tortes. 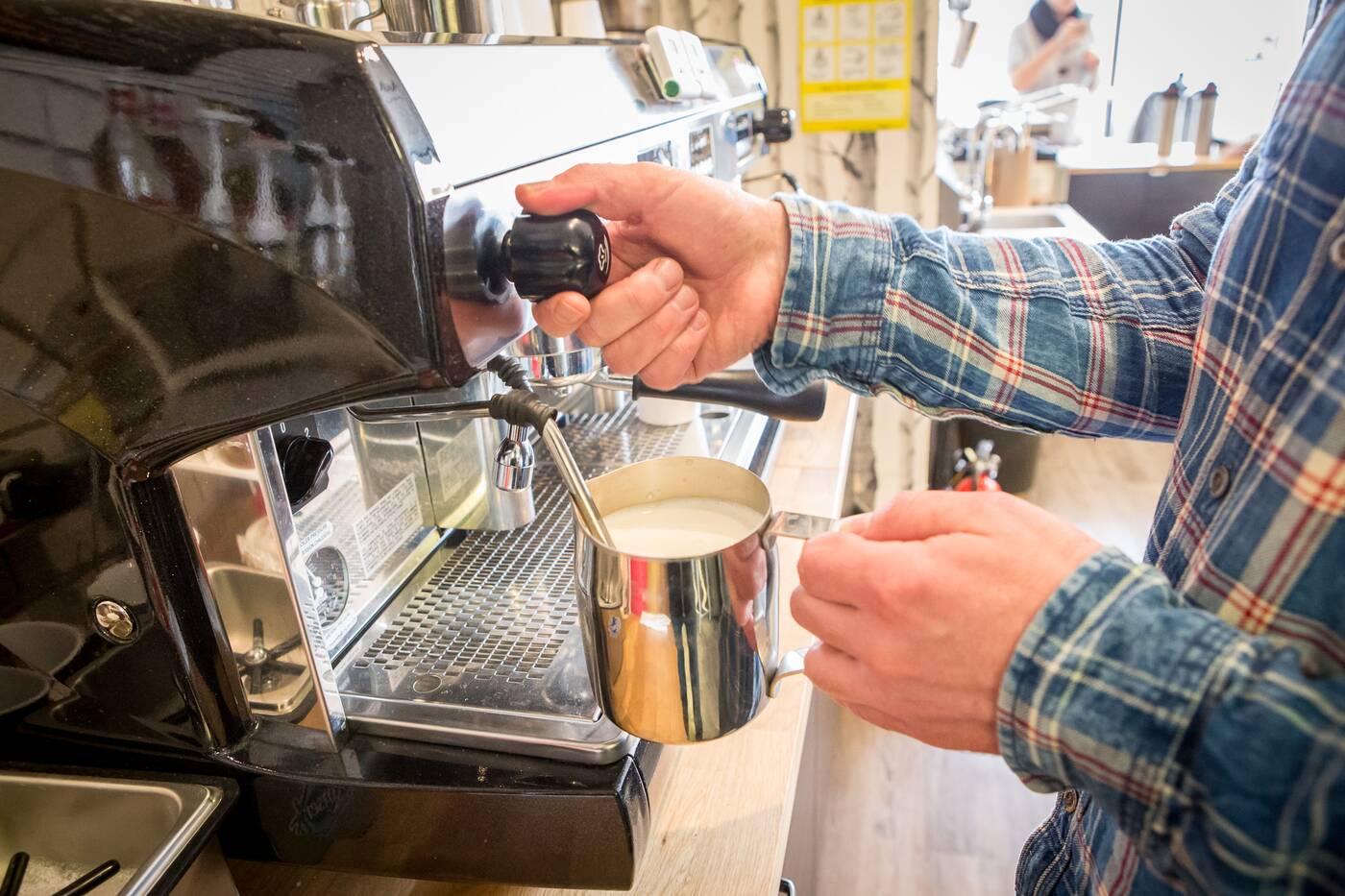 Like many in town, they’re choosing to brew their coffee using beans from nearby roastery Hale. 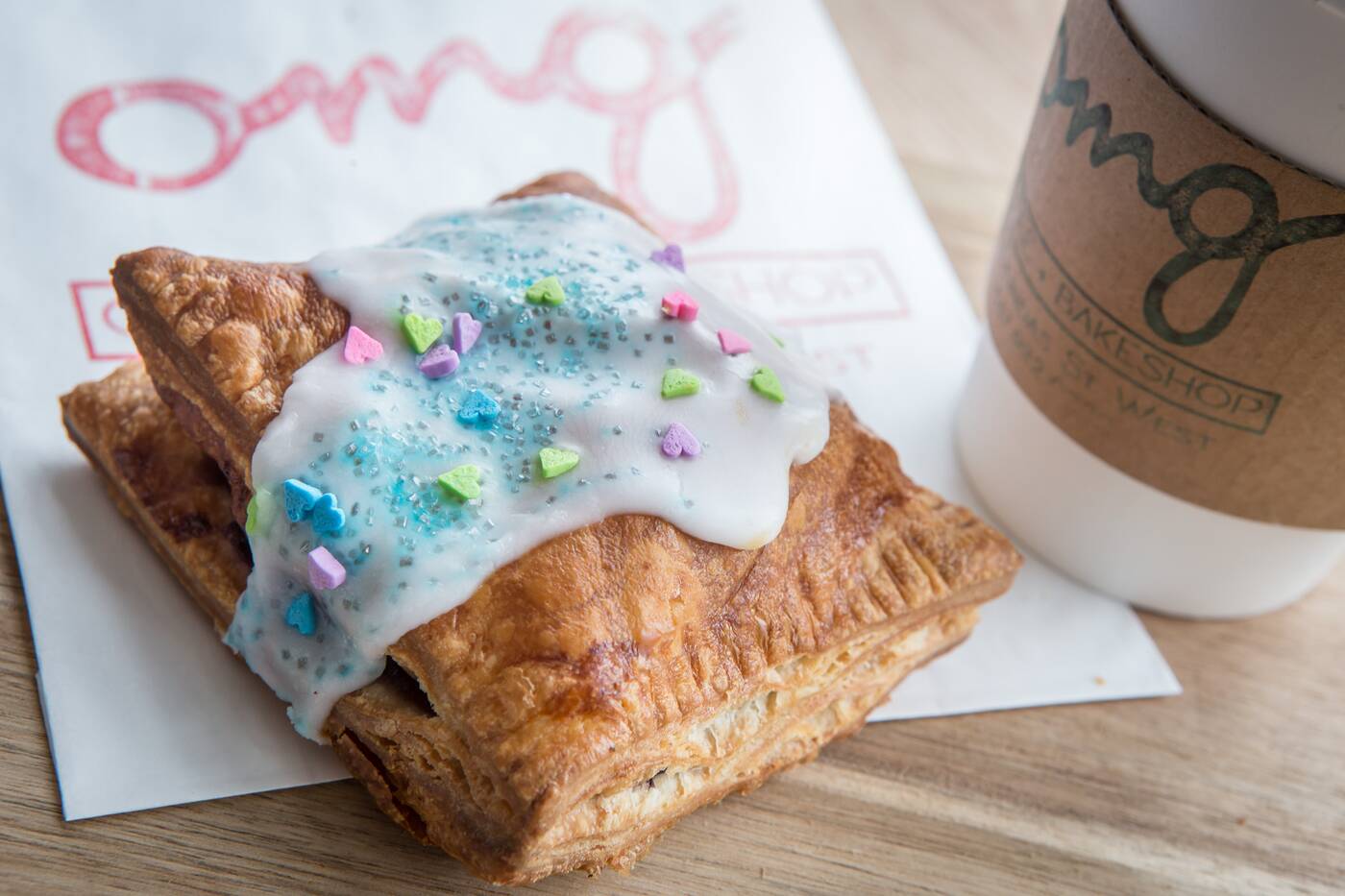 Homemade pop tarts ($3.25) may be decorated with familiarly unnatural colours, but they’re really more like hand pies with seasonal fruit such as apple, peach, pear or plum. 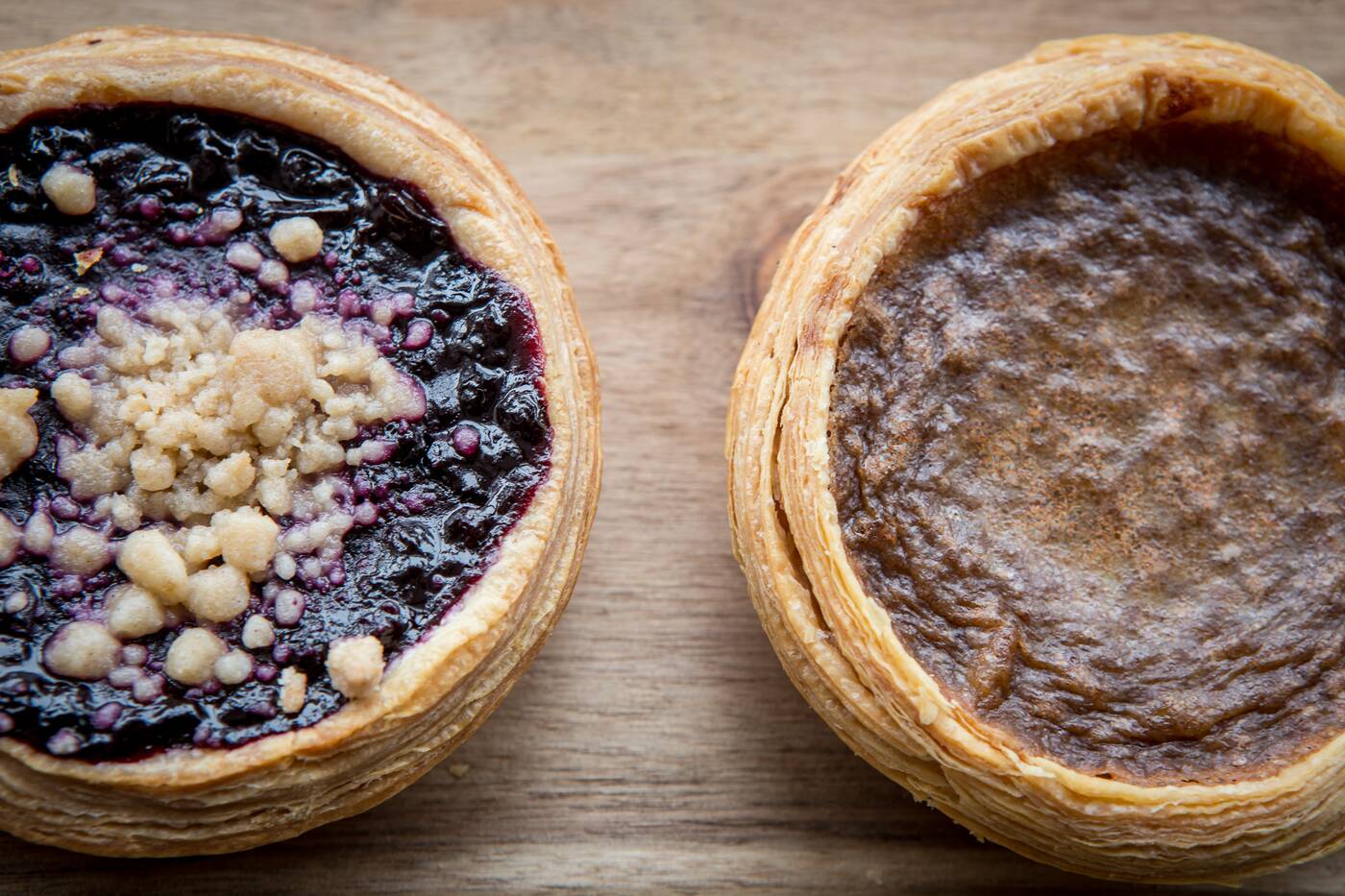 You can tell scratch OMG pastry from the infinite number of flaky layers you’ll see in the crust of items like tarts. Maple butter tarts and mini blueberry pies are $5.50 each. 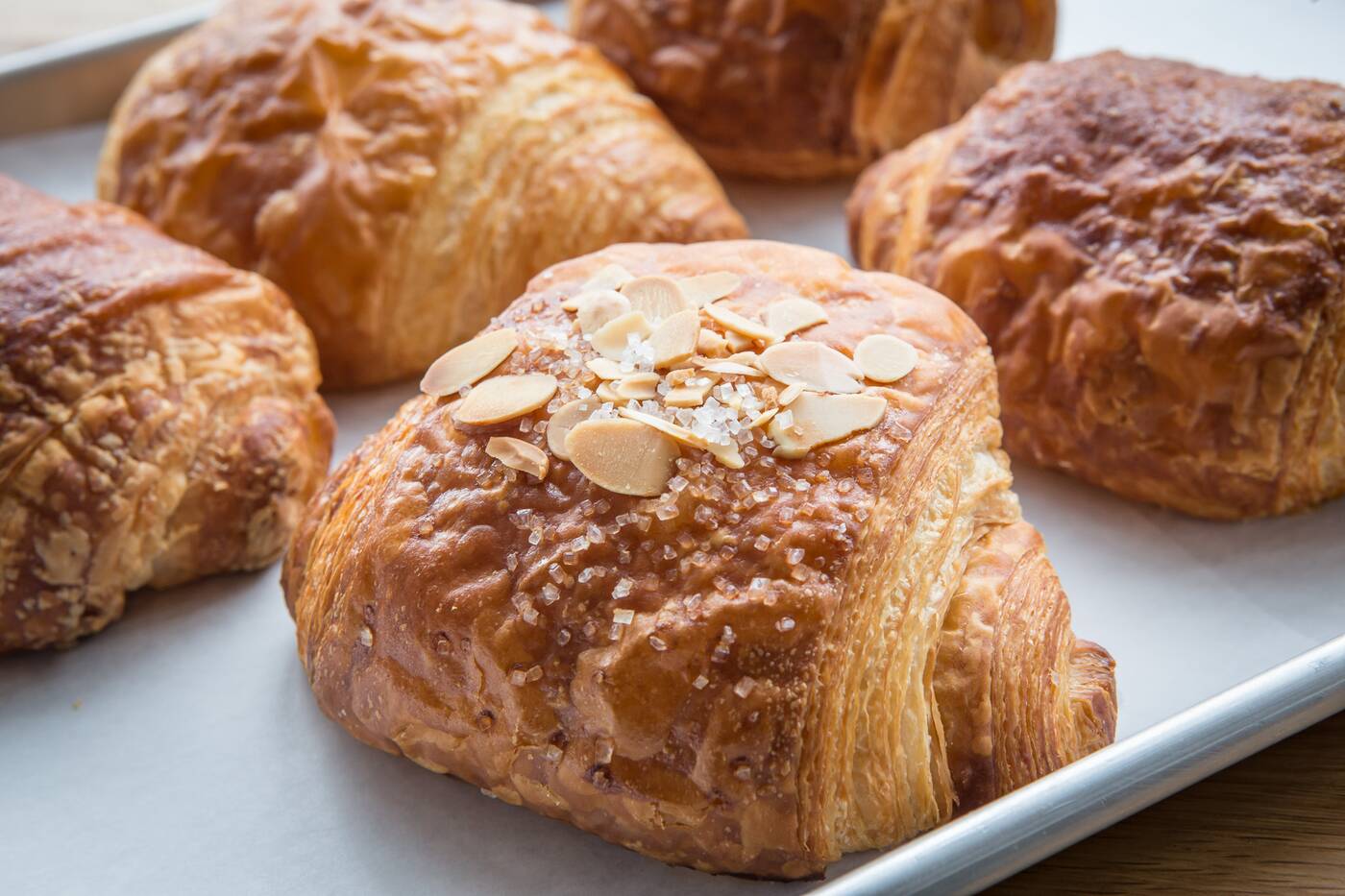 You can also see this finesse exemplified in soft, airy croissants, which come in out-of-the-box flavours like almond, nutella, and bacon ($3.25). 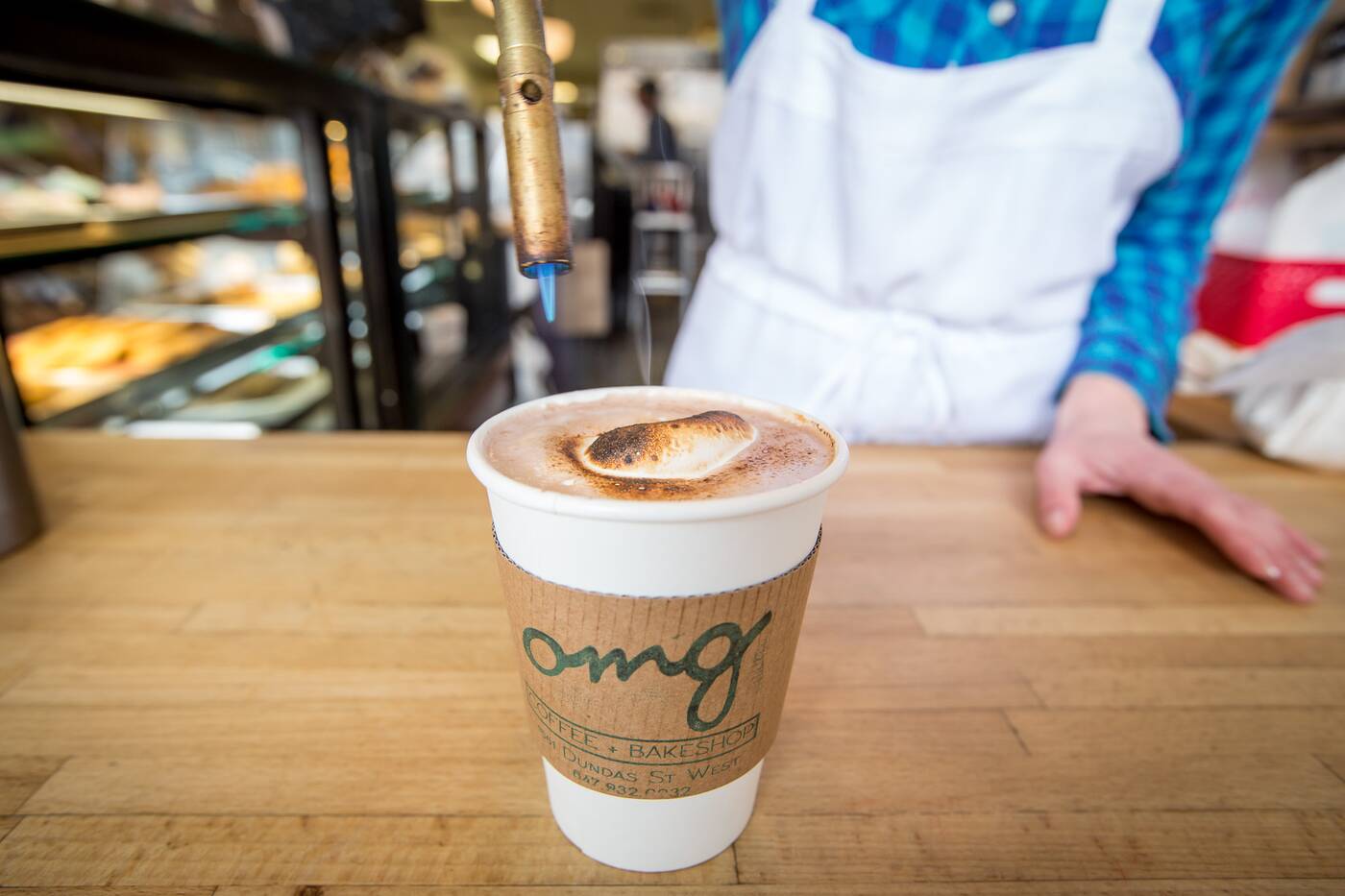 Though Hale coffee is anything but ordinary, OMG also steps up the beverage game with a hot chocolate topped with the thickest, sweetest torched homemade marshmallow fluff ($4.50 with topping). Add a shot of espresso for extra kick. 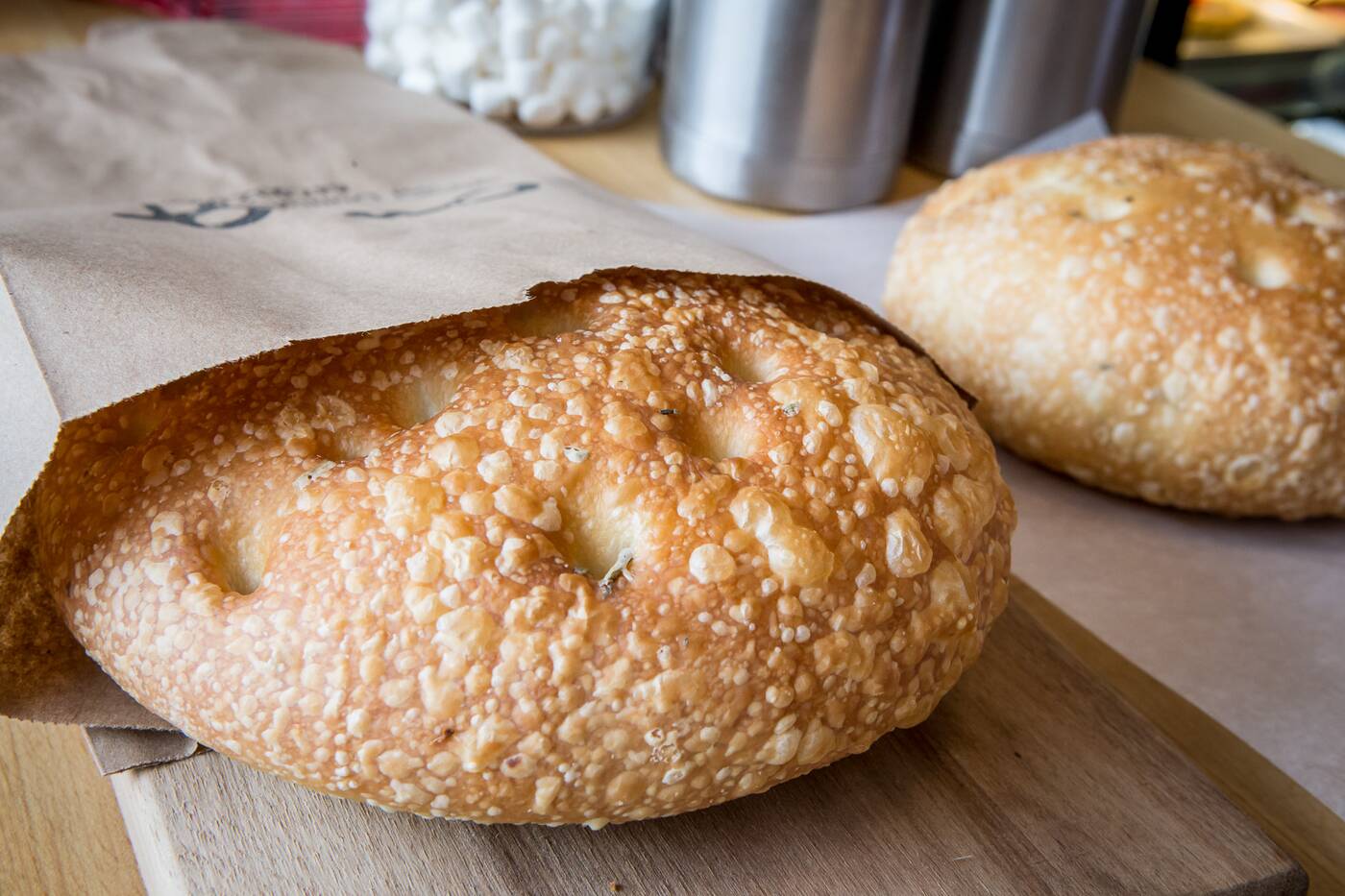 OMG is as much a savoury bakery as a sweet one: focaccia is made more in the style of sourdough, dense, cakey, and studded with rosemary, thyme and garlic. 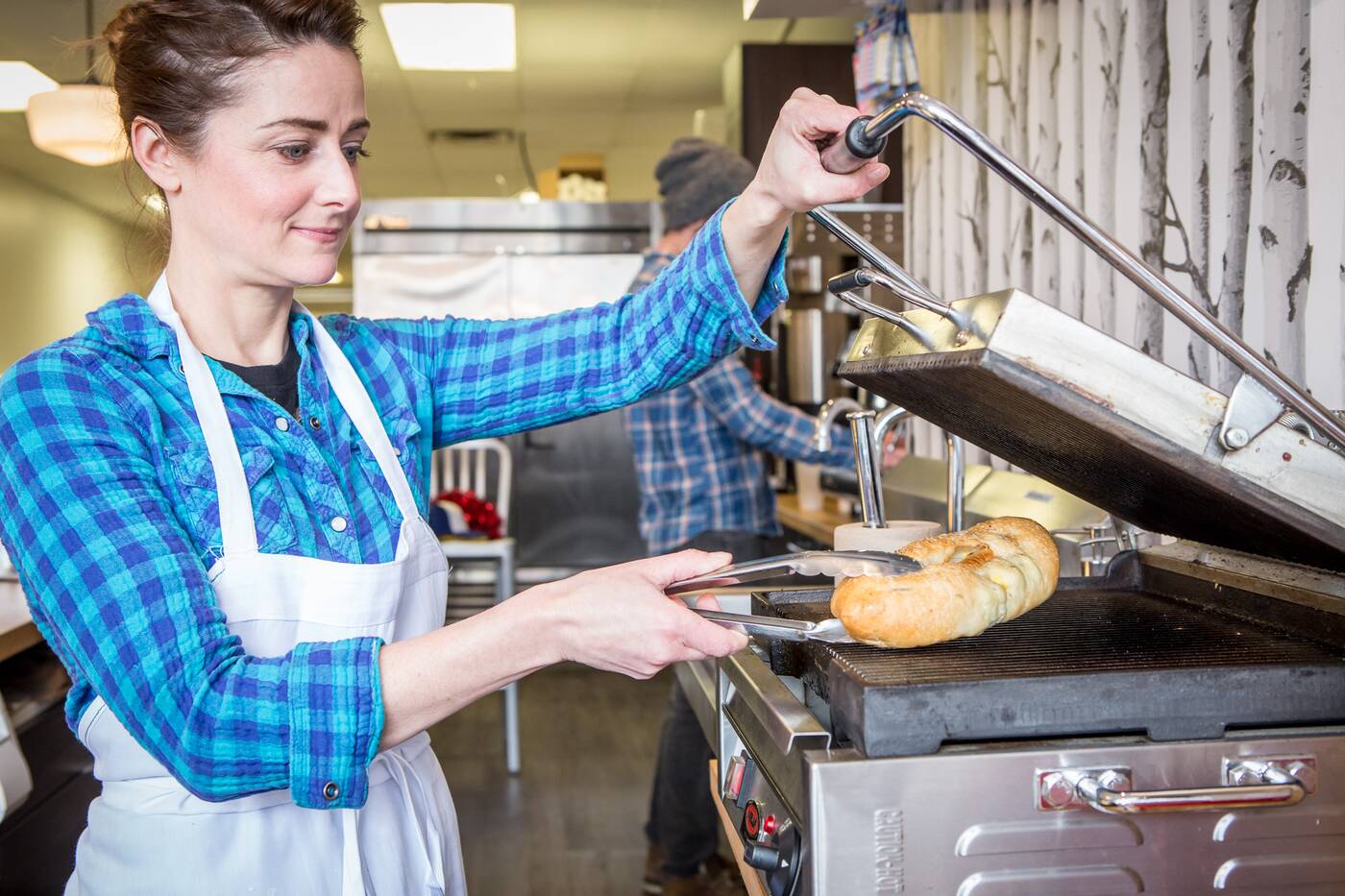 They also make popular mini focaccias stuffed with sausage and egg, egg and asiago or veggies ($4.25). 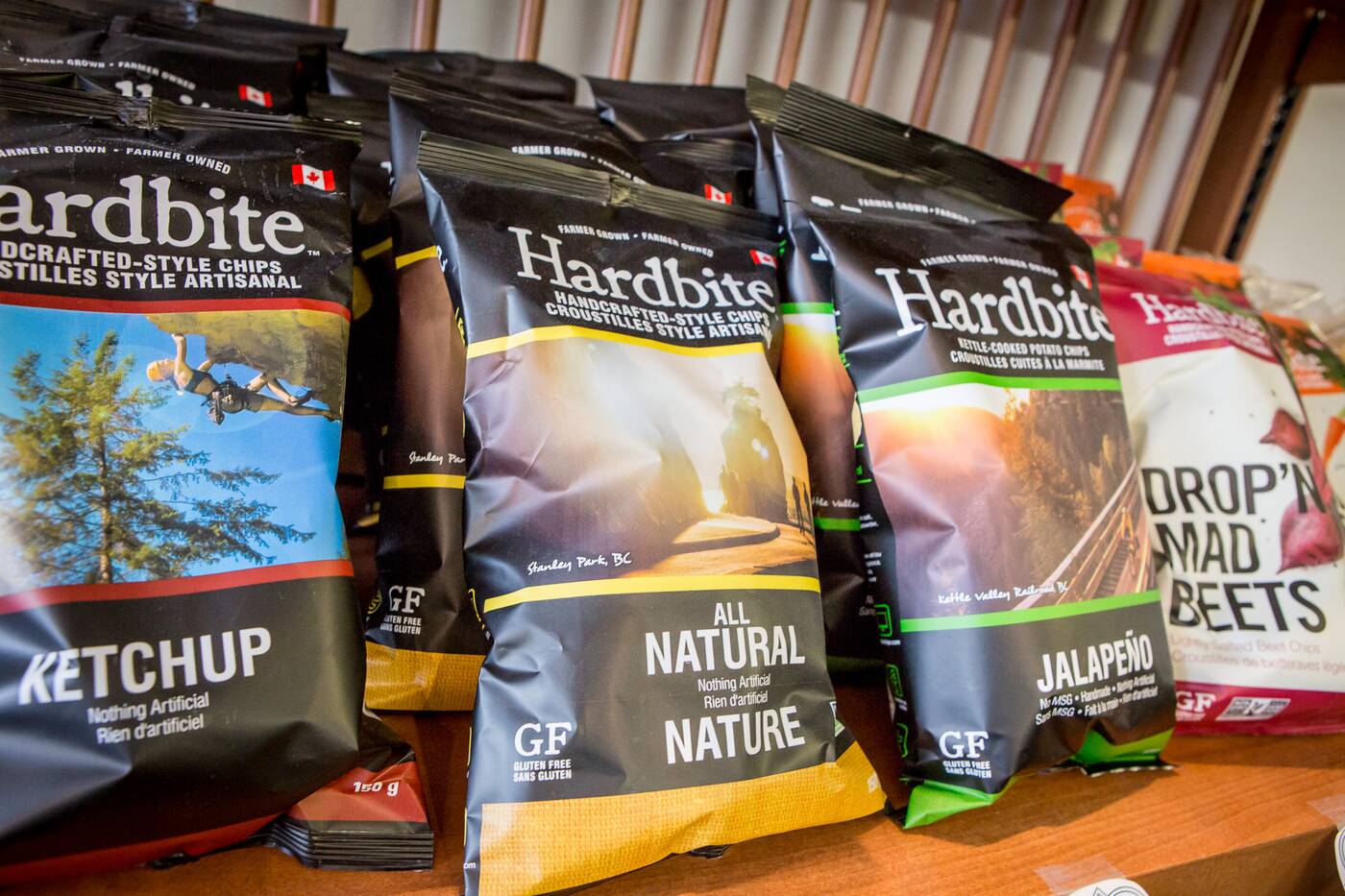 Back here is also where they keep their savoury grab-and-go goods, like sandwiches and homemade pastas. 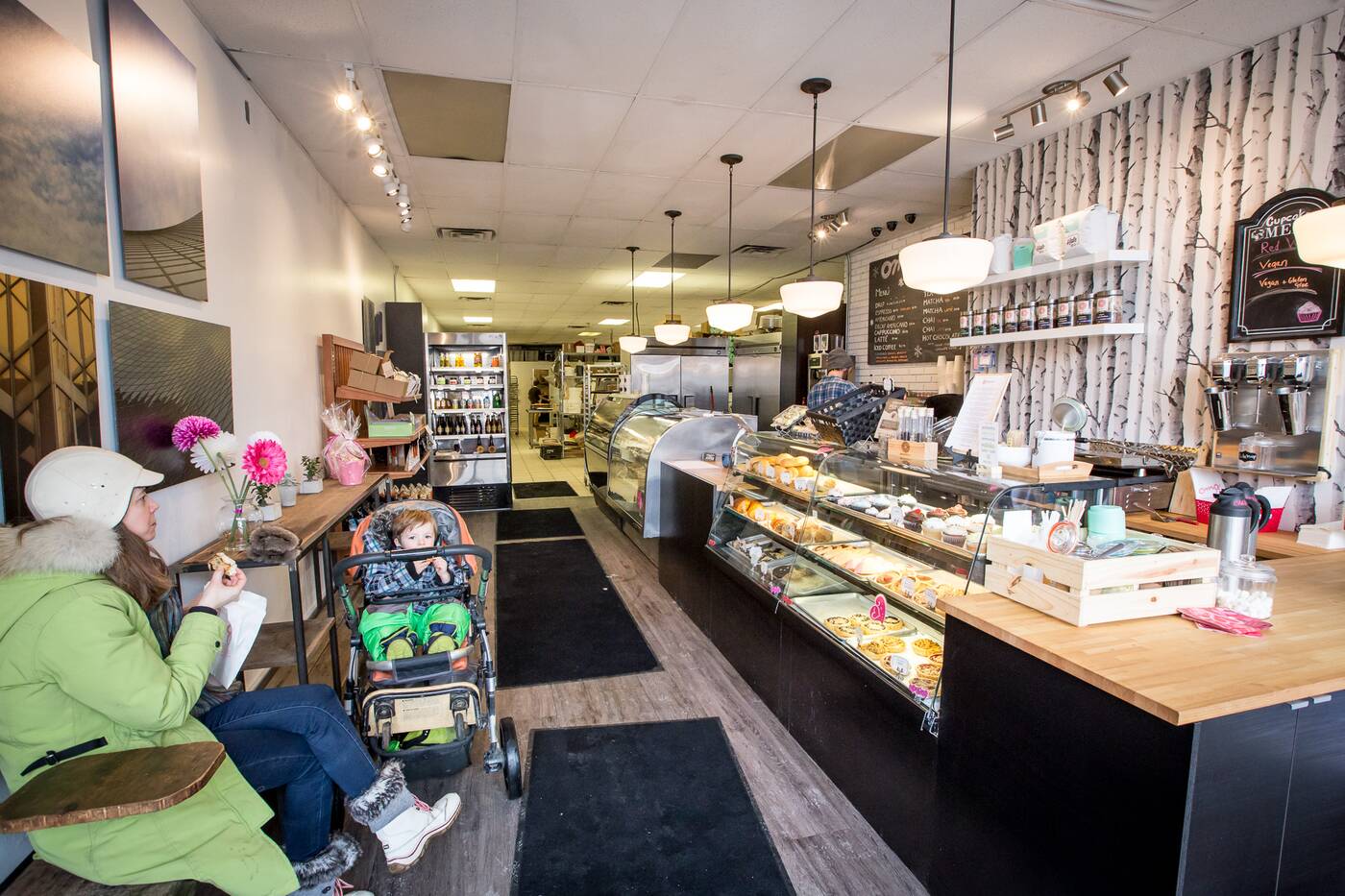 The space has a flow that encourages quick movement through the cafe, but there’s some bar seating against the window at the front. 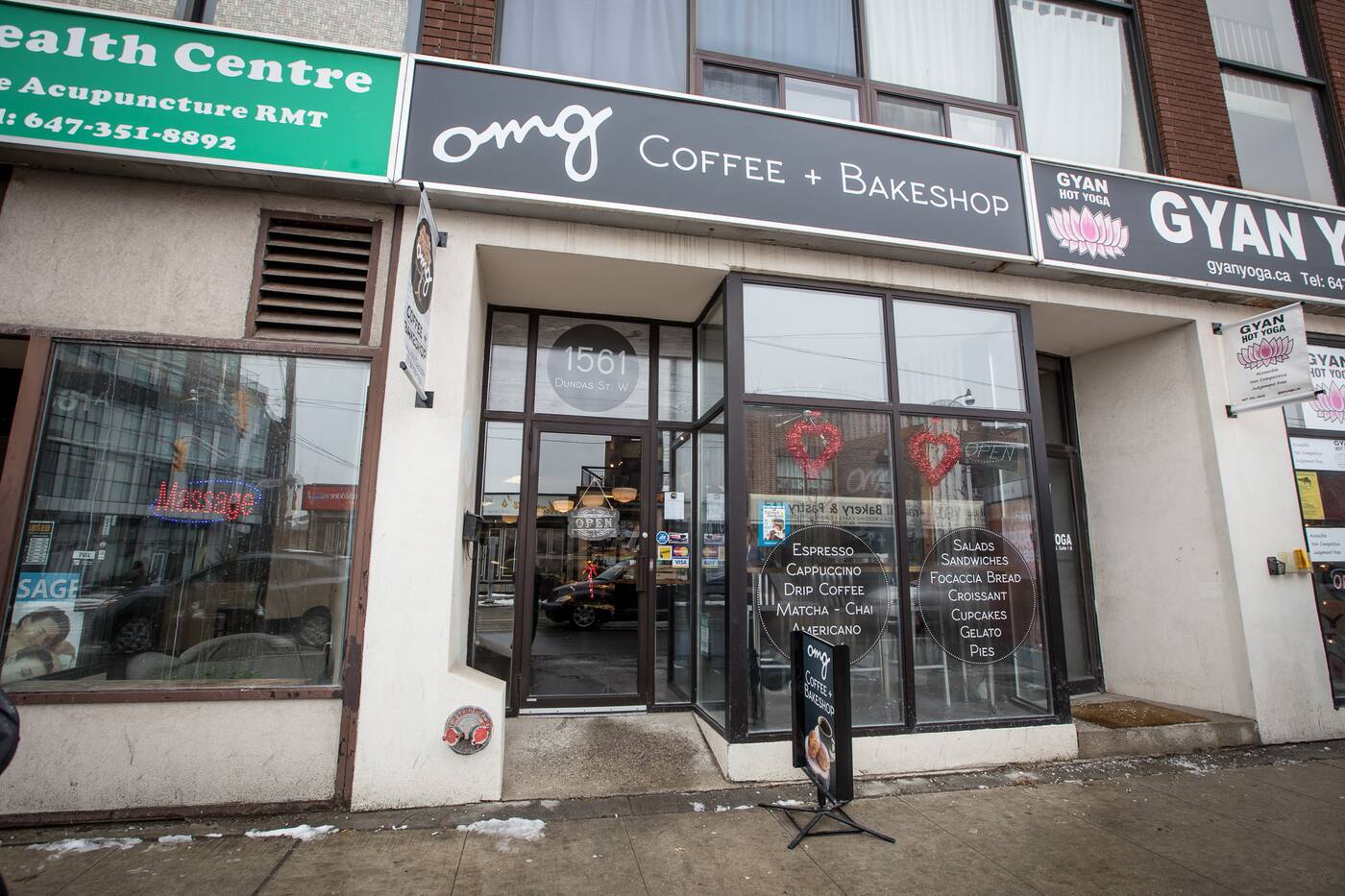 The Best New Bakeries in Toronto, 2009