15 new bakeries and cafes in Toronto that make great pastries

New bakeries and cafes n Toronto offering pastries like croissants, pies, and tarts abound. It's a miracle what delicious sweet and savoury treats that flour, water, and delicious fats—looking at you, butter—can produce when combined.

Here are some of the new bakeries and cafes that make Toronto so flaky and sweet.

The weekly menu at this Little Italy bakery is taking your pre-orders for puff pastries like sausage rolls, chicken pot pies, and cakes.

Pastries like kouign amann, pistachio marzipan croissants and photo-worthy lemon tarts are a few of the pretty menu items at this Regent Park patisserie.

This family-run bakery makes trayloads of Argentinian empanadas unlike any traditional ones you’ve had before. They fill their empanada dough with ingredients like kimchi and jerk chicken. Gaucho also makes alfajores. 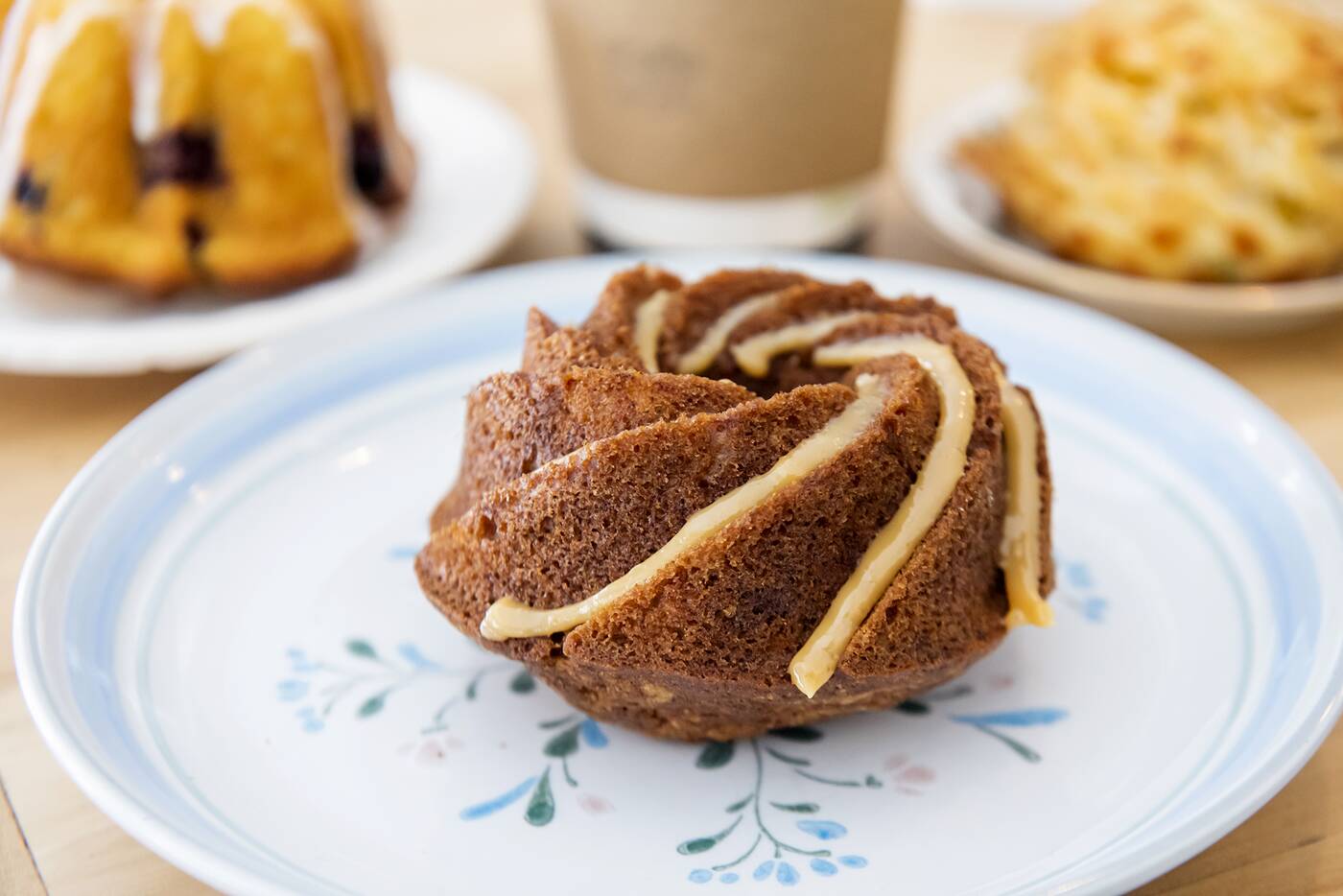 The banana bread is one of the things to get at Emily Rose Cafe. Photo by Fareen Karim.

After years of offering a menu of highly popular croissants at other Bake Code bakeries, the Taiwanese chain has finally decided to open a store dedicated singly to these flaky crescent-shaped snacks by Yonge and Wellesley.

Little Italy has an exciting new spot for plant-based Japanese desserts that change weekly, but one of the hits so far has been some old-fashioned donuts using vegan shortening instead.

There’s an assortment of savoury and sweet British-style pies to choose from at this bakery on Danforth East. If you can’t get enough of their steak and ale creations, consider joining their Pie Club.

Queen West’s glitzy bakery is Toronto’s only outpost of this French bakery chain. Like the other 40 locations spread across Europe, this location stays busy pumping out its speculoos and white chocolate pastries. 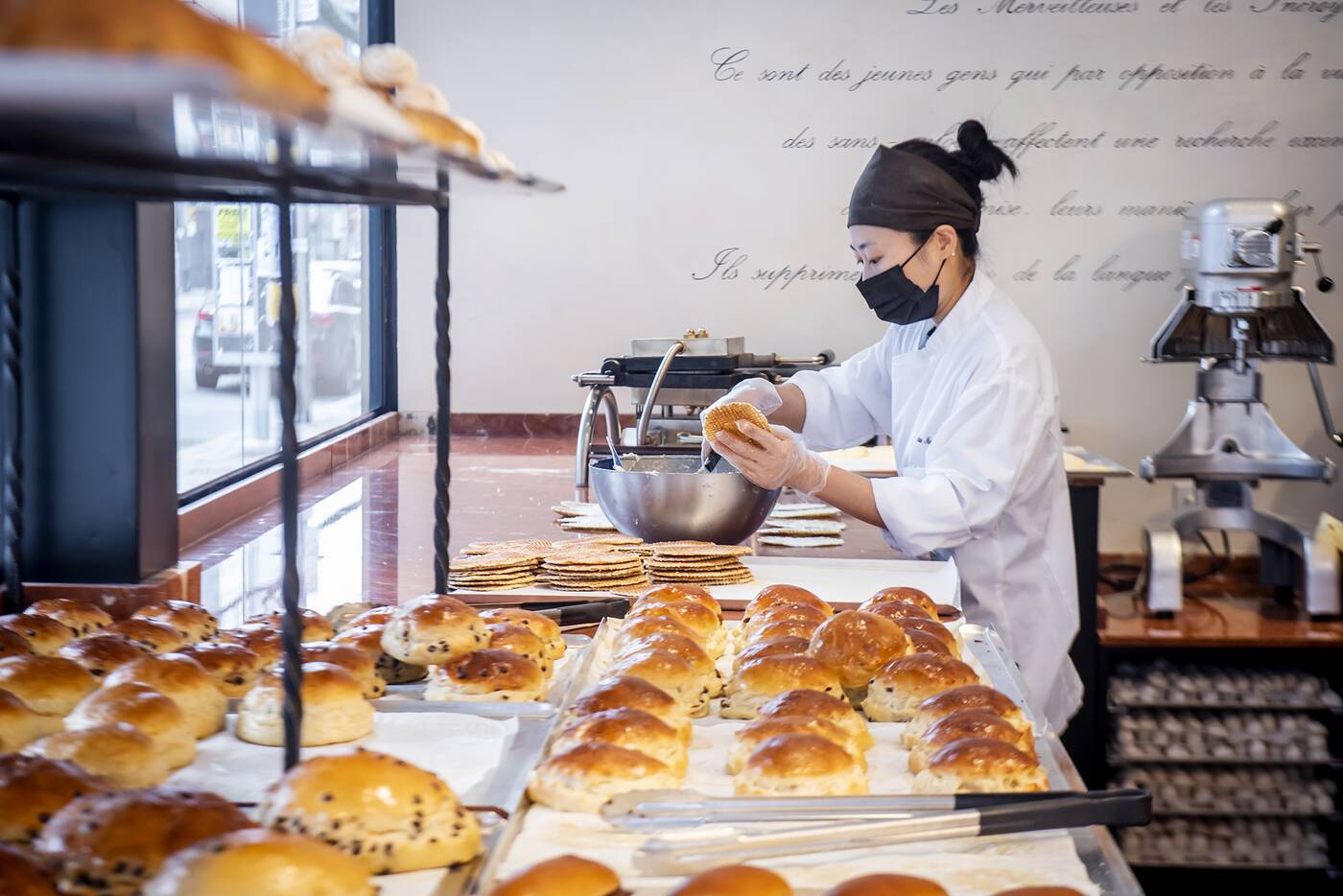 You can catch the baking in action at Marvelous by Fred.

It’s sweet tooth heaven at this Danforth East shop. Desserts include mini baked donuts stacked with buttercream in the middle and cookies that will remind you of childhood.

It’s all about the Italian pastries at this Mount Pleasant’s bakery, most notably, the quintessential cannoli. The tarts, always made with fresh fruit, are also worth visiting for.

Toronto had a croissant moment a few months back, marked by the arrival of this massive Taiwanese brand in the Atrium. Priding itself on the art of laminated dough, Hazukido has a rotating list of 14 flavours ranging from sweet to savoury.

Everything from this pastry shop on Bayview Avenue is almost too pretty to eat. Tarts topped with blueberries and mango, canelés, and ridiculously buttery double-baked croissants are available daily. 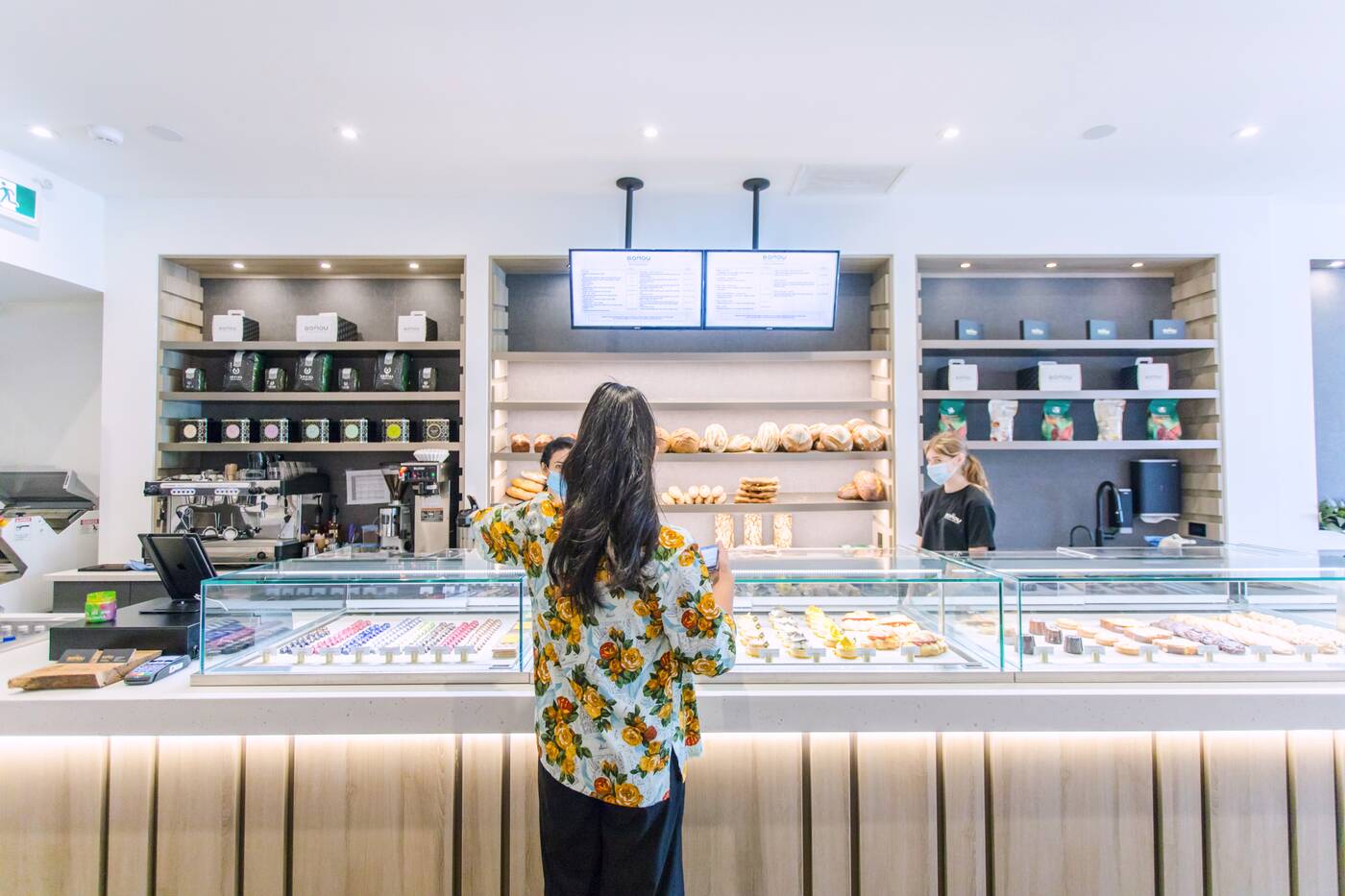 You'll want to try one of everything at Bomou.

This pink patisserie in Little Italy has an assortment of delicate desserts on display, including their Seoul canelé, which are filled with common Korean ingredients like black sesame, yuja, and dalgona.

Come for the coffee, and stay for the desserts at this Spring Garden store. Korea’s obsession with macarons has landed in North York with versions shaped like flowers and cartoon characters.

Filling the void that longtime brunch staple Mitzi's Cafe leaves behind is this cafe, which makes allits own sandwiches and baked goods in-house, including some gooey cinammon rolls.

Thanks to The Great Canadian Baking Show for sponsoring this post.

15 new bakeries and cafes in Toronto that make great pastries