Marvelous by Fred, a French bakery chain with over 40 locations in Europe, is now in Toronto and serves Cramik Brioches, waffles and signature Meringue cakes.

Owned by husband and wife, Jean-Sébastien Gambier and Jennifer Troger, Gambier grew up in Lille in northern France where the very first Marvelous by Fred store opened in 1982 while Troger remembers enjoying the desserts every Christmas from her home in Paris. 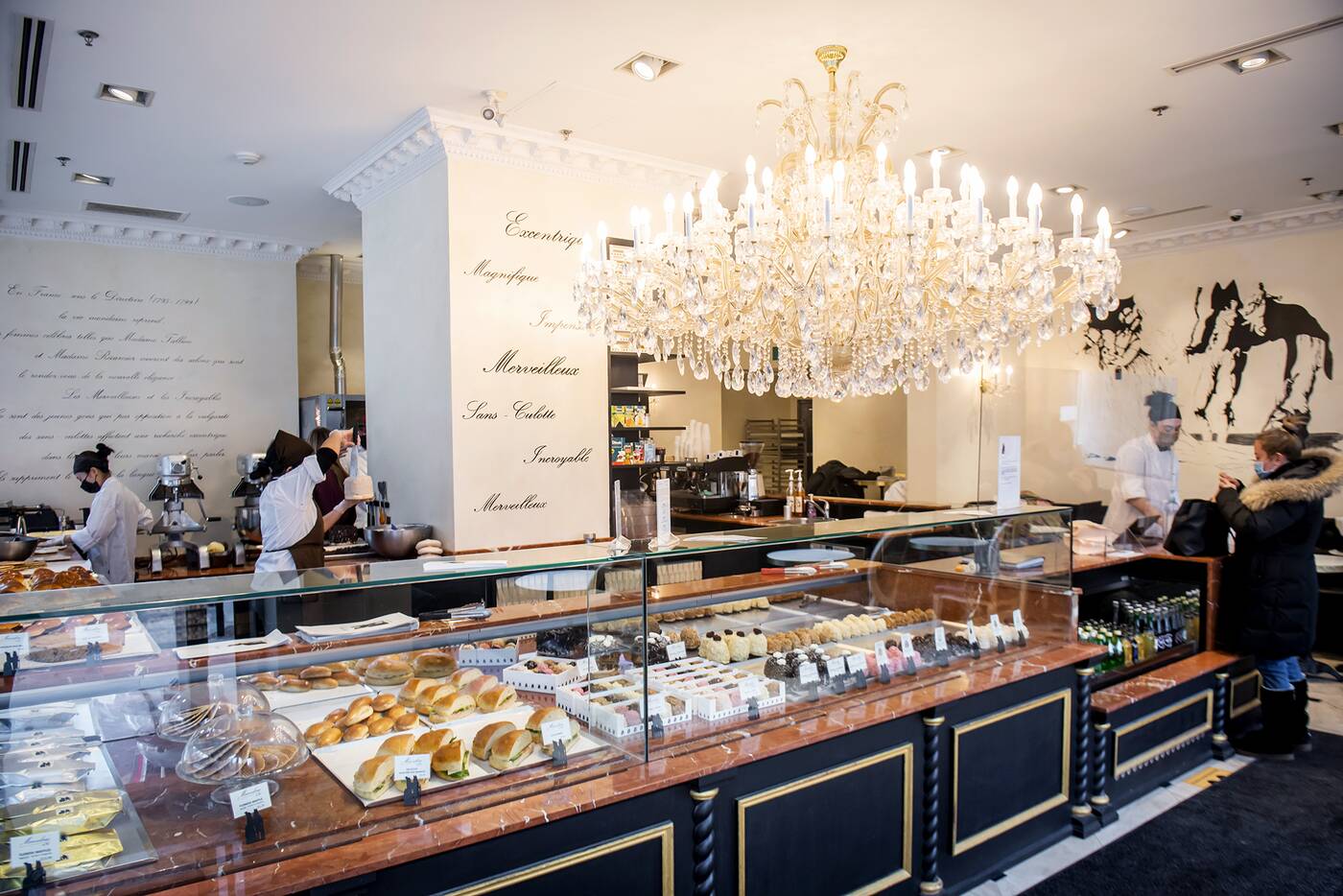 The couple moved to Toronto together in 2015 and underwent a year of training in one of the shops in Belgium before opening the location on Queen West that perfectly mirrors the specialty patisserie, even down to the chandelier hanging from the ceiling. 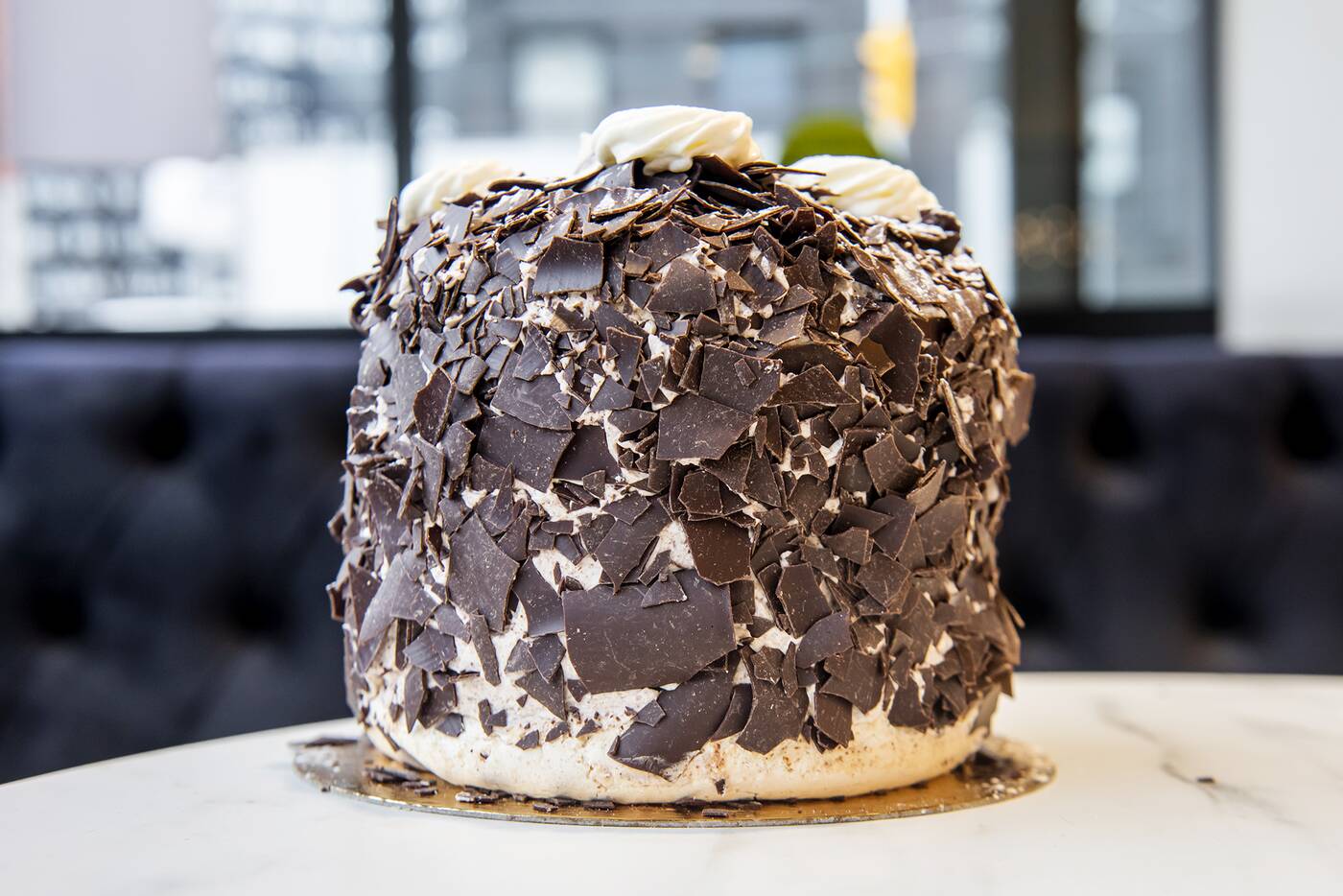 It was in Belgium that Gambier and Troger learned the recipes of the shop including the Merveilleux recipe, a classic dessert that was reinvented by Fred, himself. 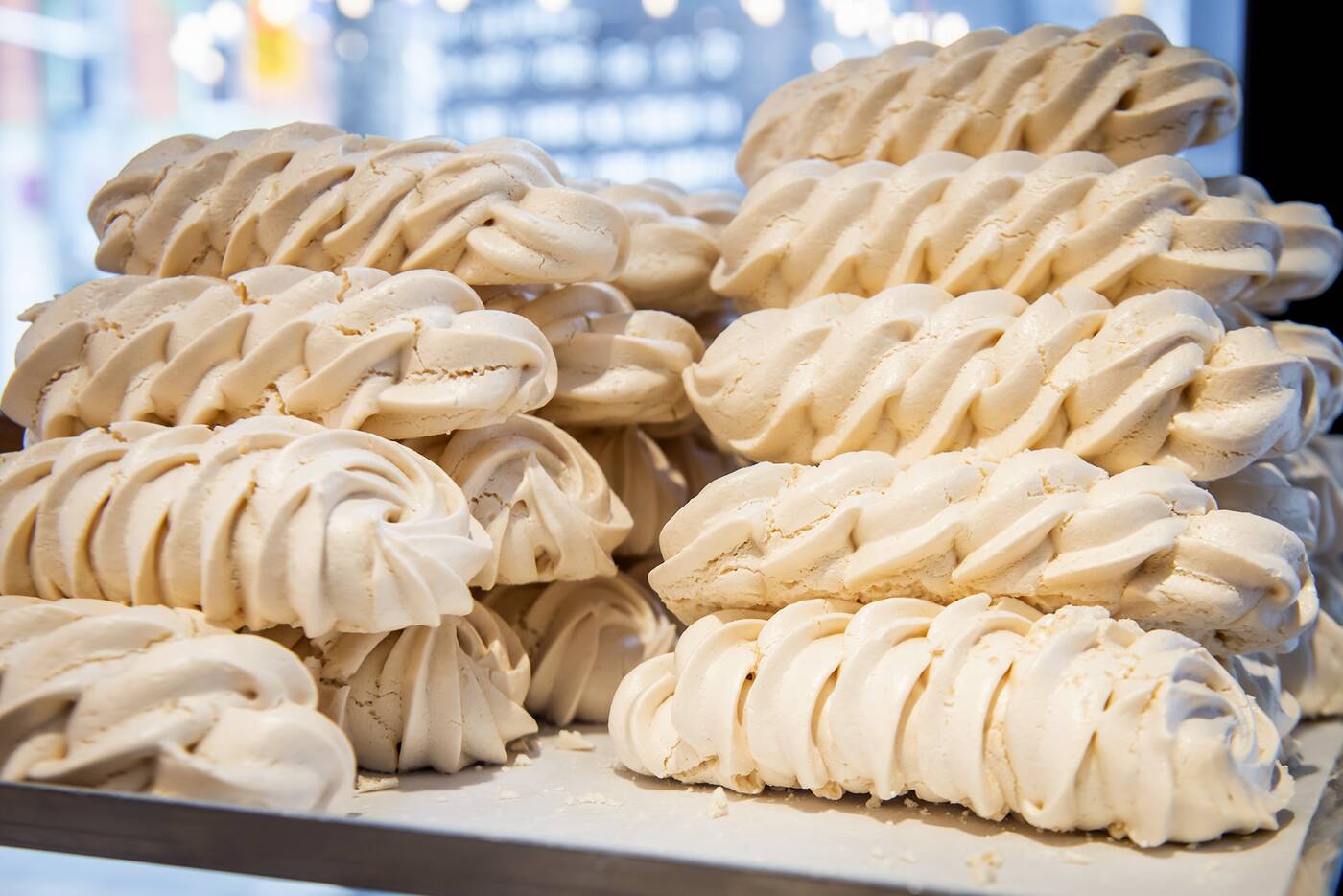 The Meringue is baked in the same specialty ovens used in all the other Marvelous by Fred shops. The desired end result is an empty middle that will melt, or rather instantly disappear, in your mouth. 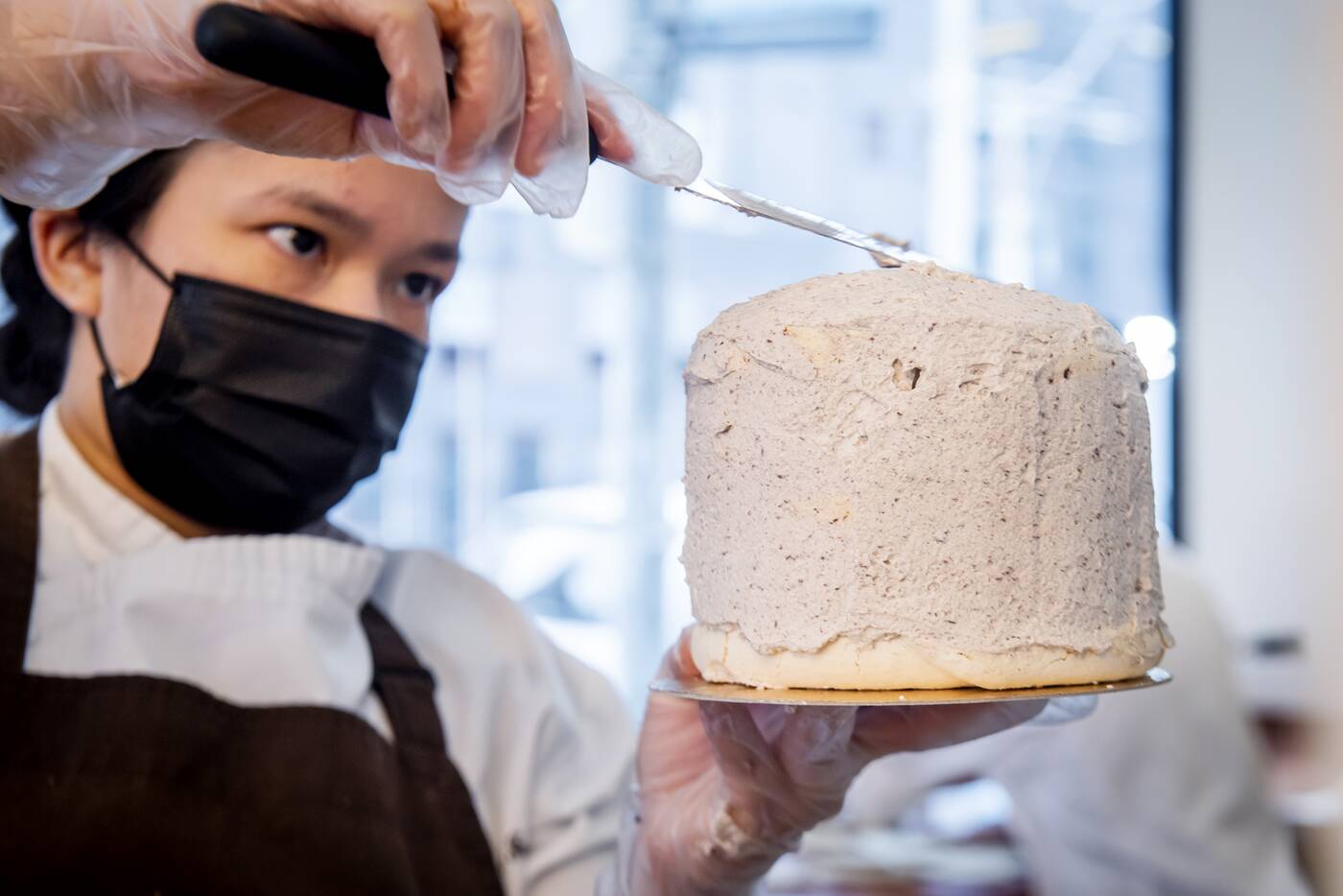 The Meringue is then layered and coated in whipped cream and covered with dark chocolate shavings. 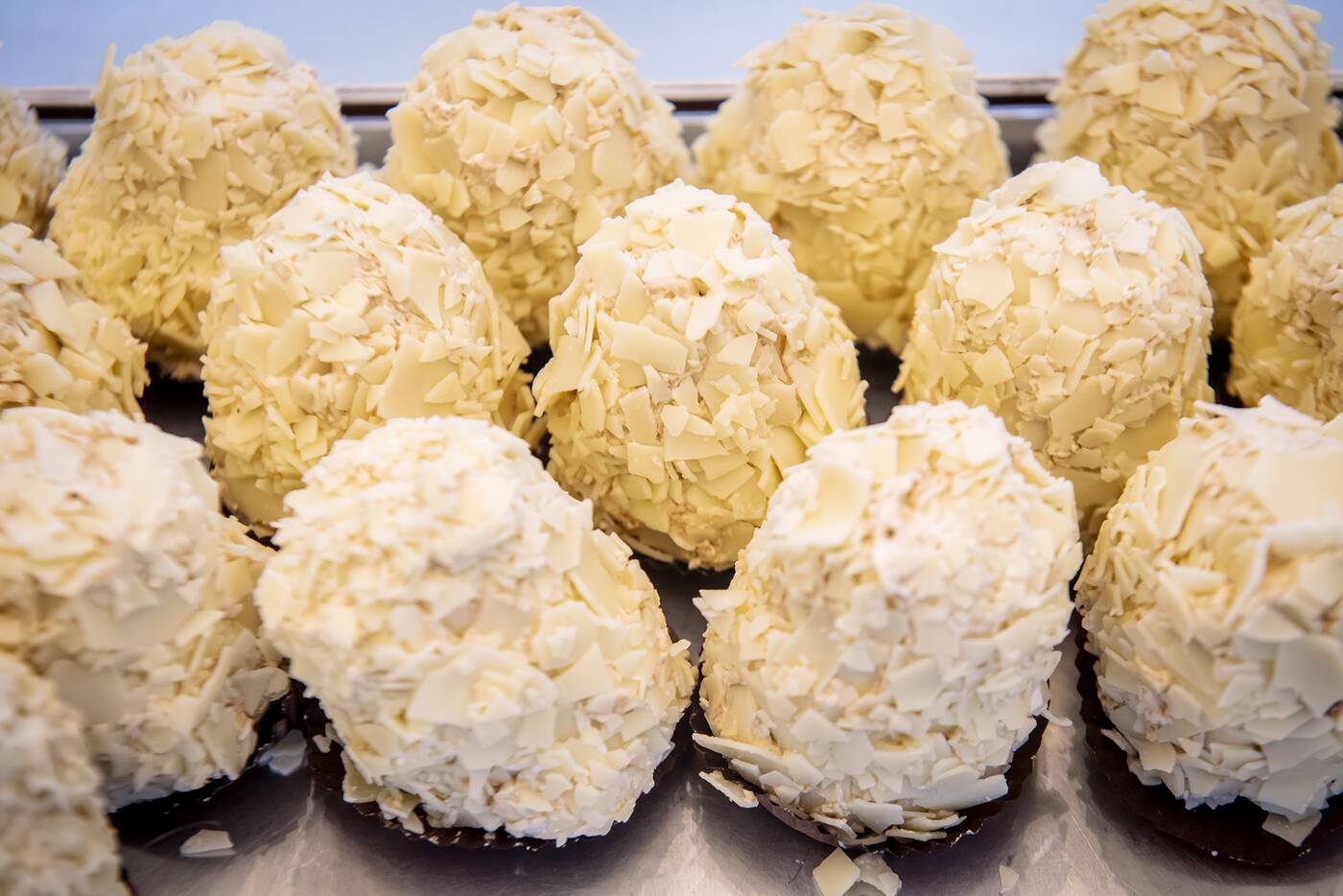 The pastries come in five different flavours besides the classic chocolate including coffee (which has a satisfyingly strong espresso taste), speculoos and white chocolate, and praliné, almond and hazelnut chips. 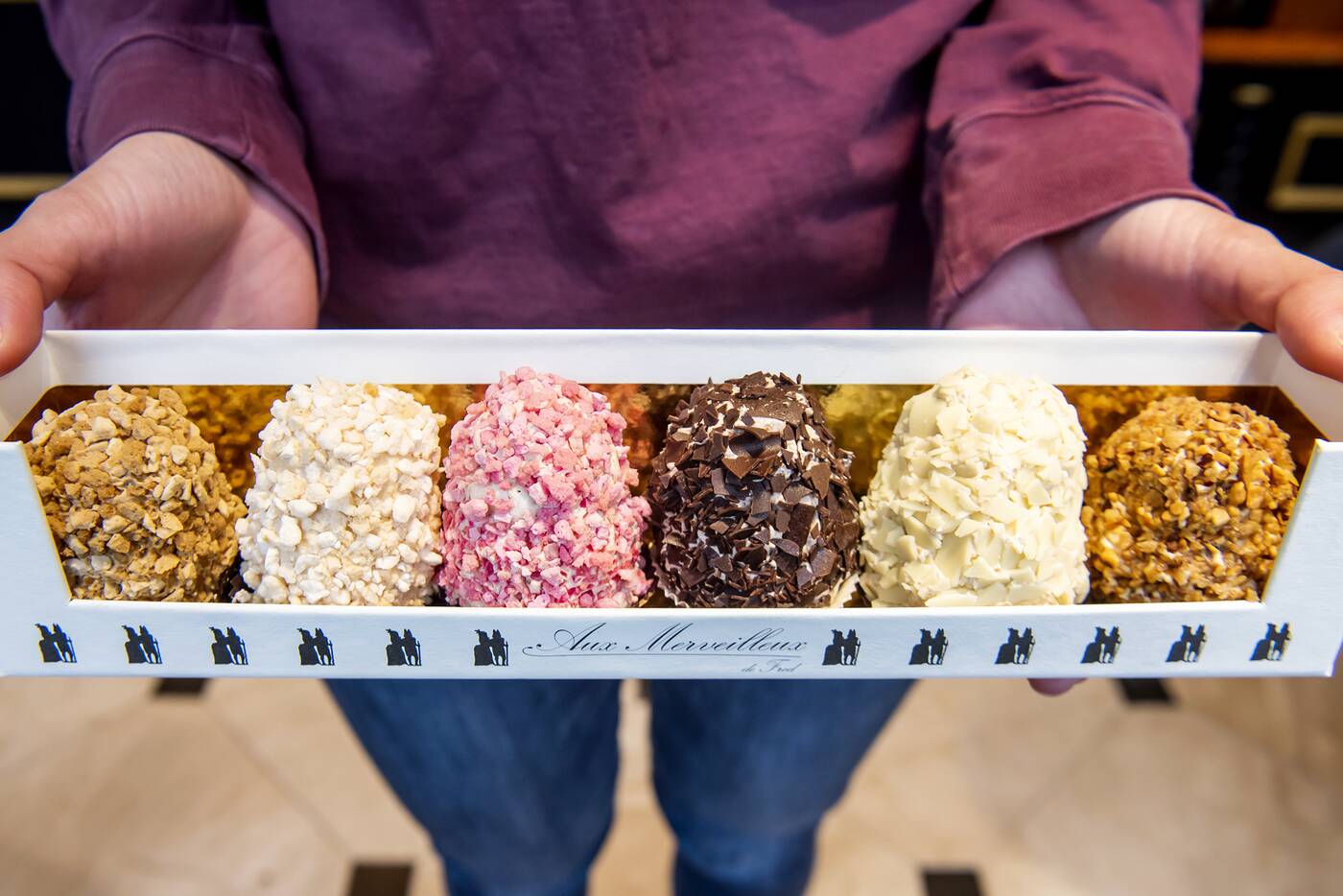 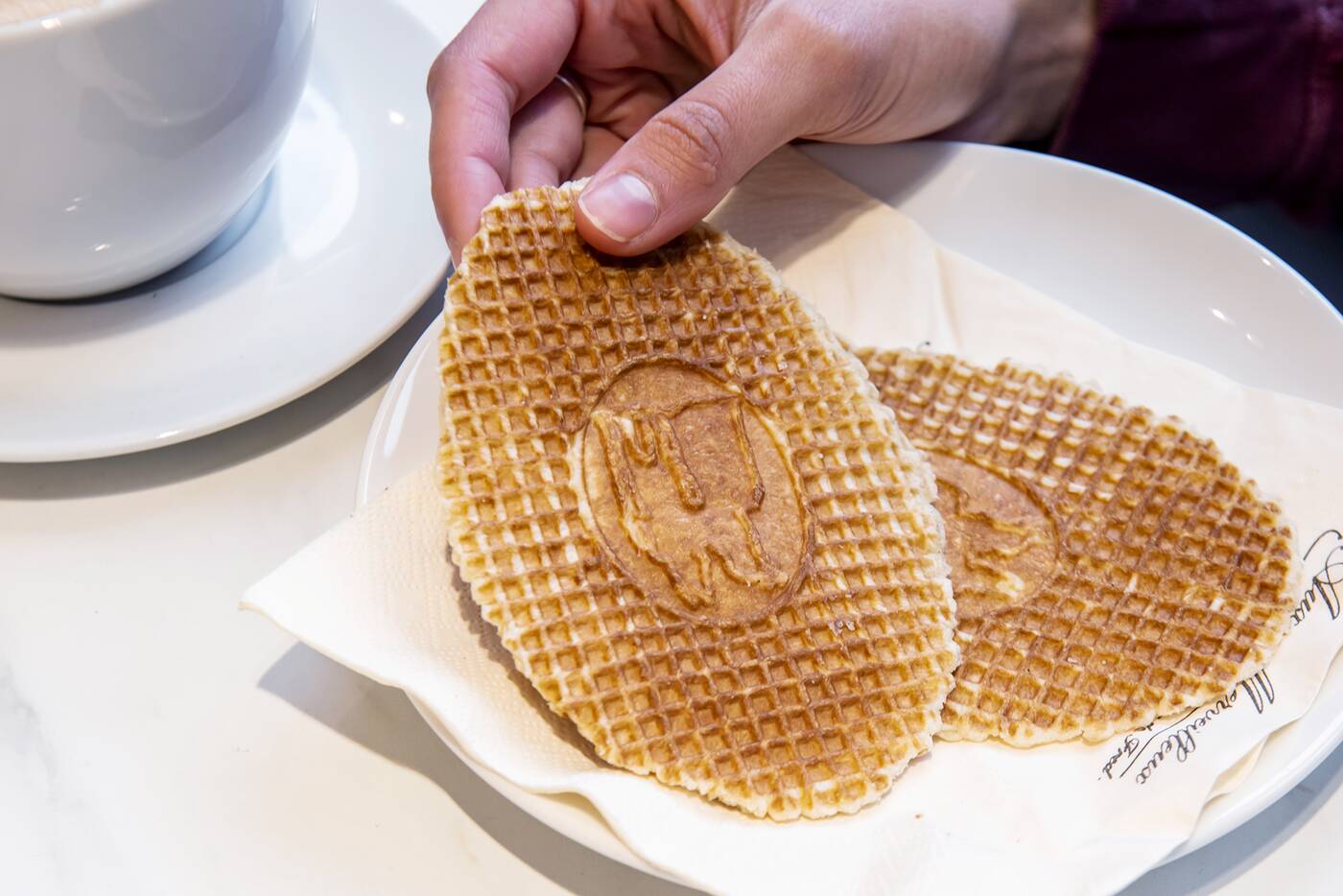 The Flemish Waffle (pack of six: $13.90) is a must-try. Made with either a Vanilla or Vergeoise (a blonde sugar imported directly from France) filling, these have been a favourite at this location. 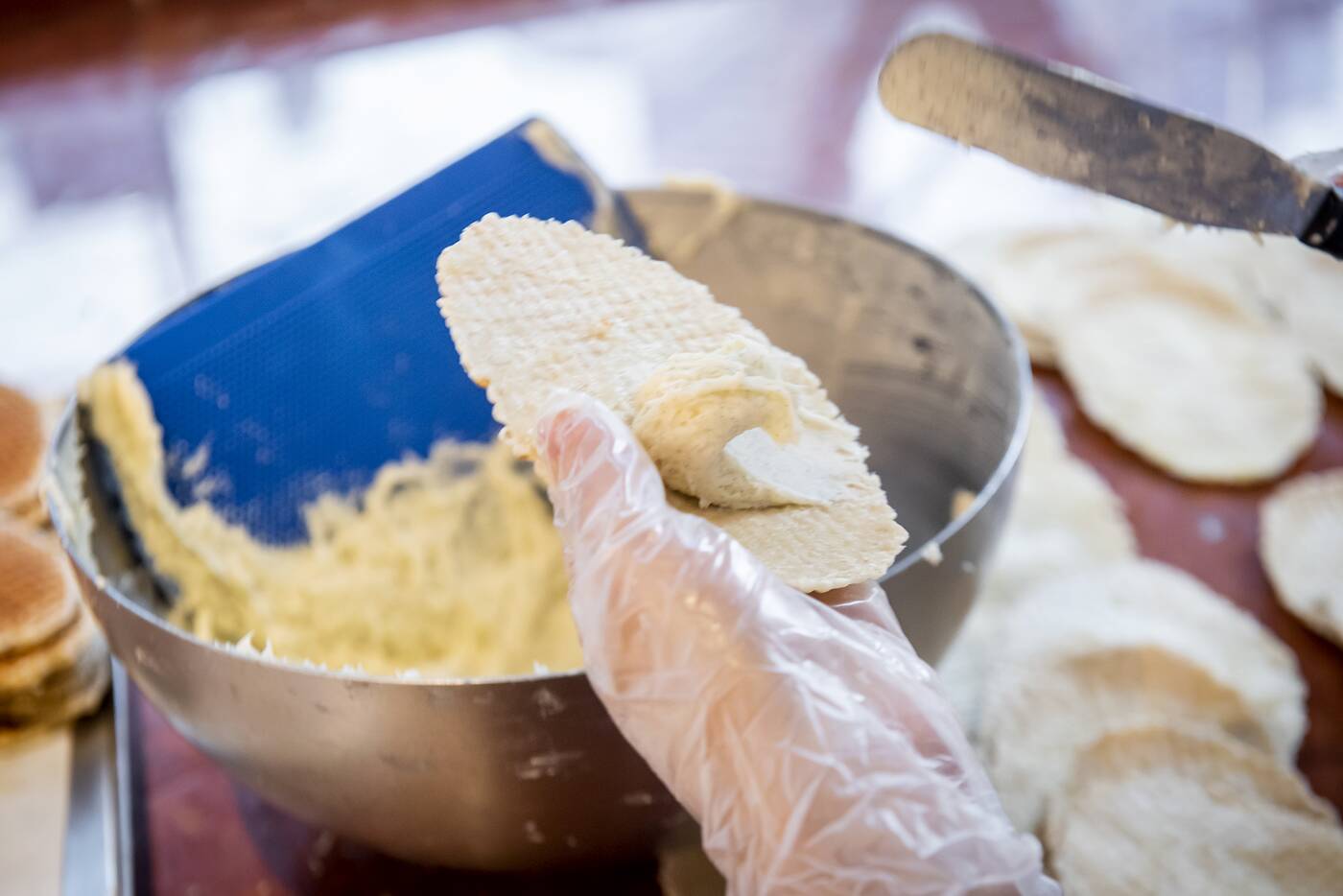 The buttery dough is made in-house before going into a Belgium waffle iron. They’re then sliced in half and filled with the sweet cream before joining back together. 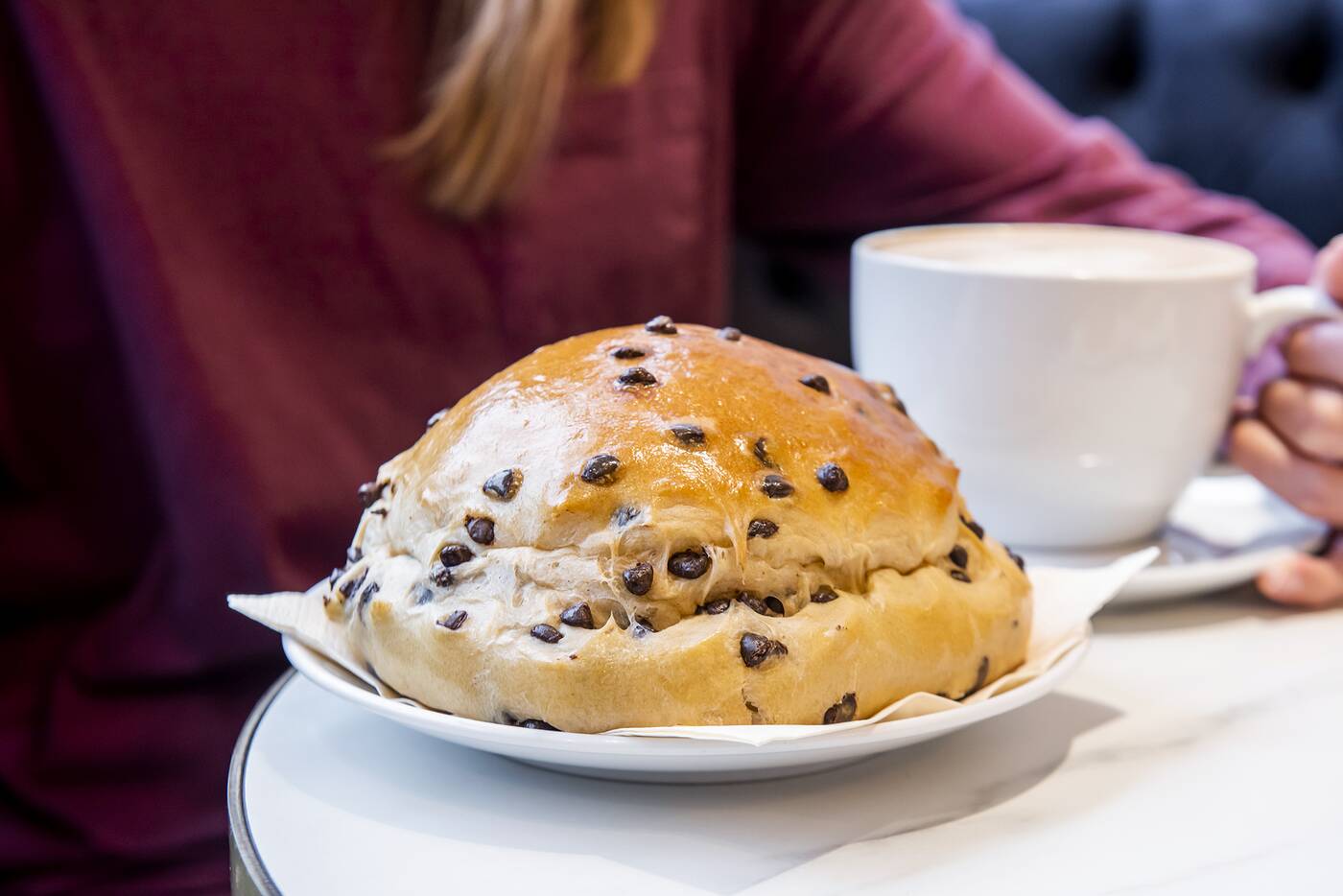 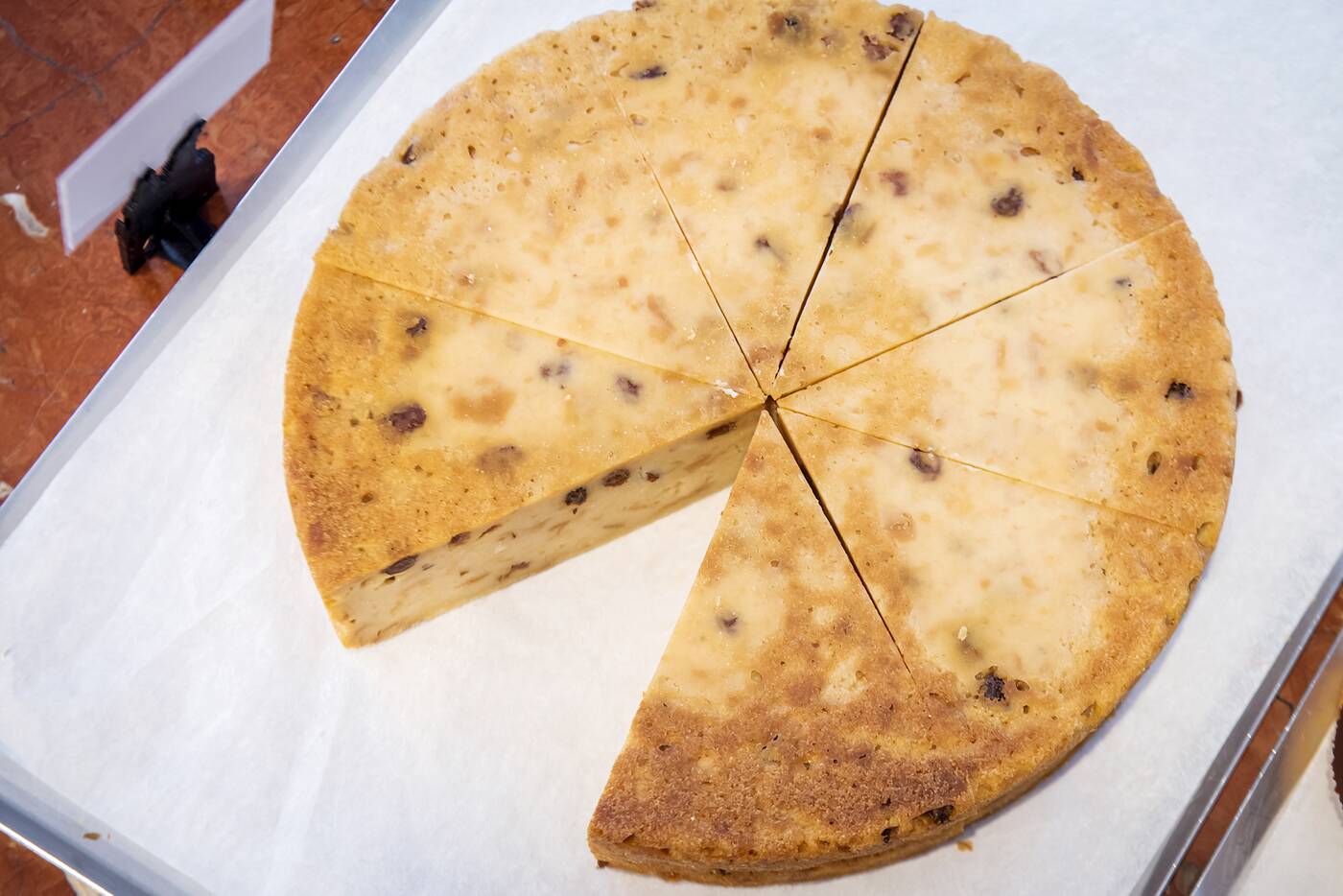 Whatever they don't end up selling each day is made into a bread pudding ($3.10 per slice) in order to avoid waste. 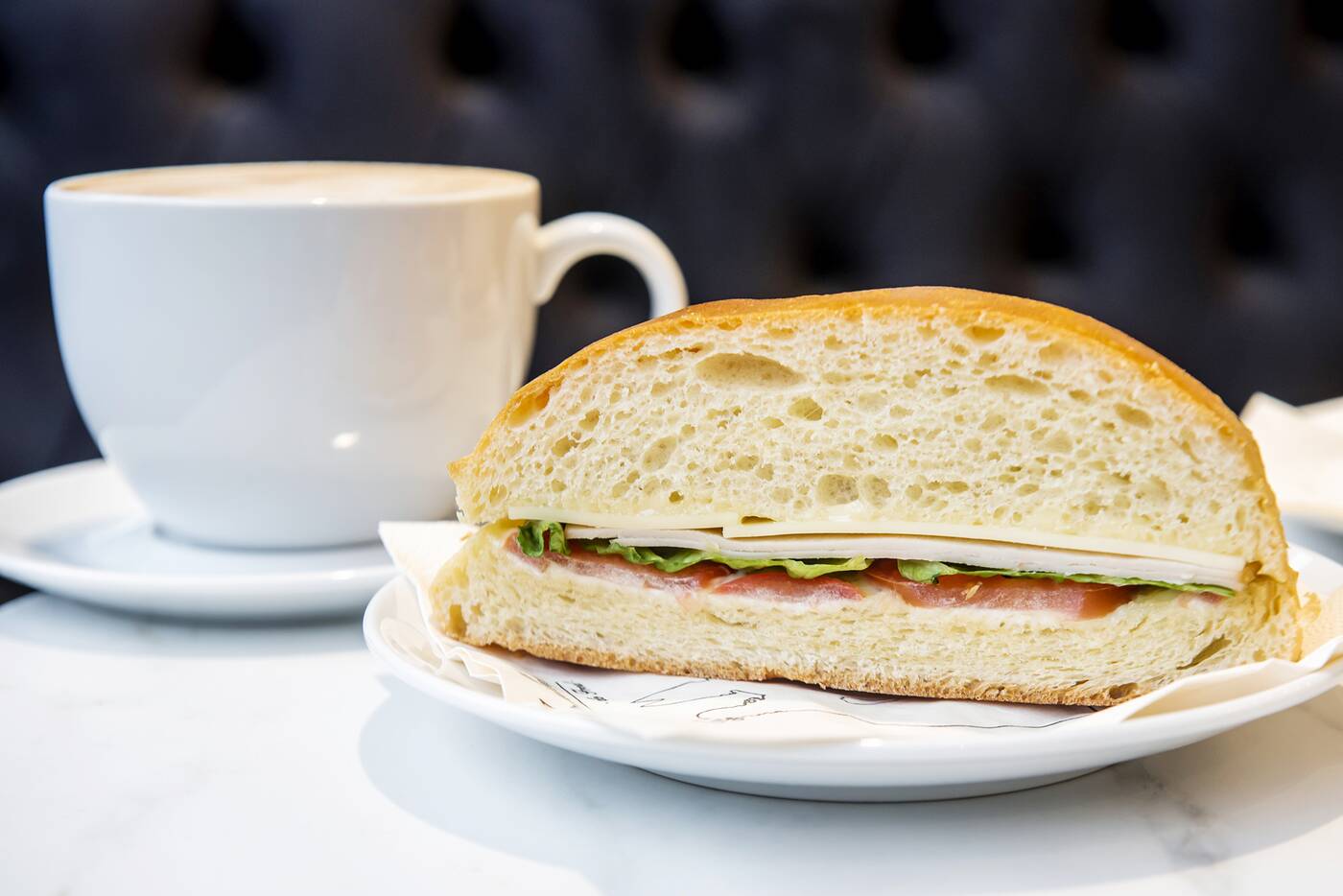 Besides the sweeter options, they make a few sandwiches fresh every morning including the Club Cramik ($7.95) which they can't seem to keep on the shelf.

Served in three different options including Ham and Cheese, Turkey and Cheese and Tuna, all are made on the Sugar Cramik Brioche for a hint of sweetness. 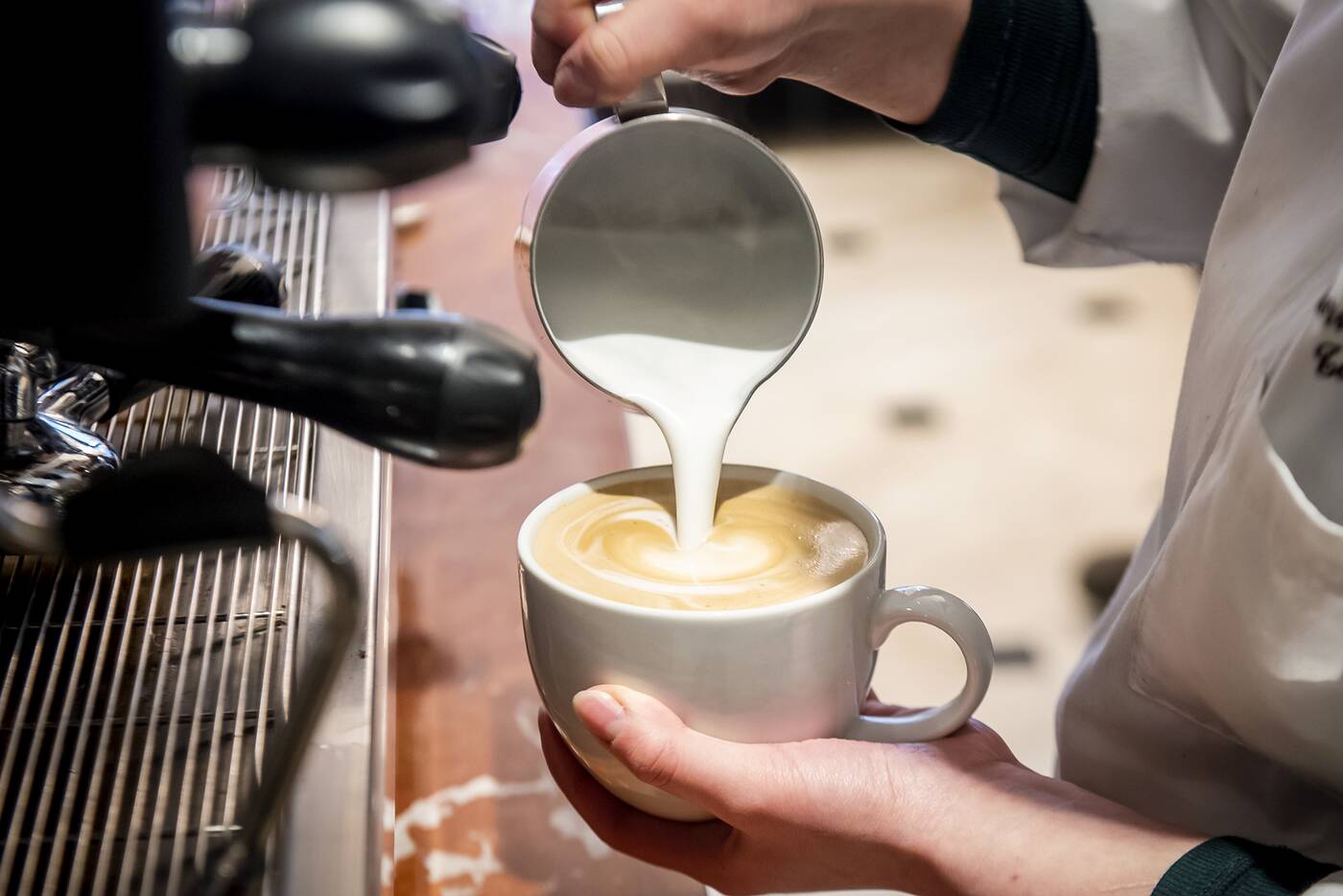 If you'd like a coffee, they make americanos, espressos, lattes and cappuccinos with a Faema espresso machine and coffee sourced from Lavazza. 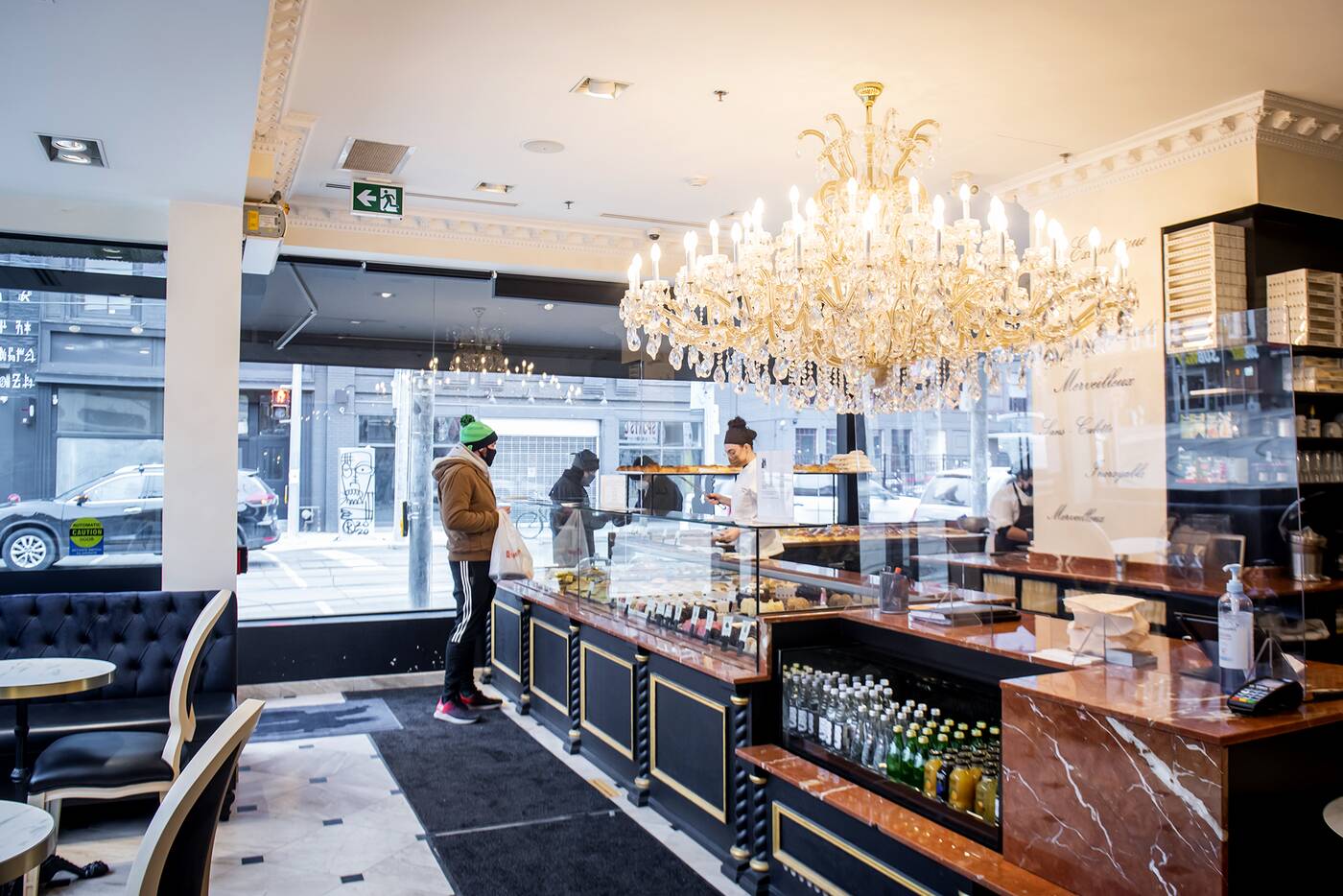 Gambier and Troger make up the pastries and sandwiches along with two other pastry chefs, including their top pastry chef who worked three years at a Marvelous by Fred location in Paris, a baker, and two cooks who handle the Brioche. 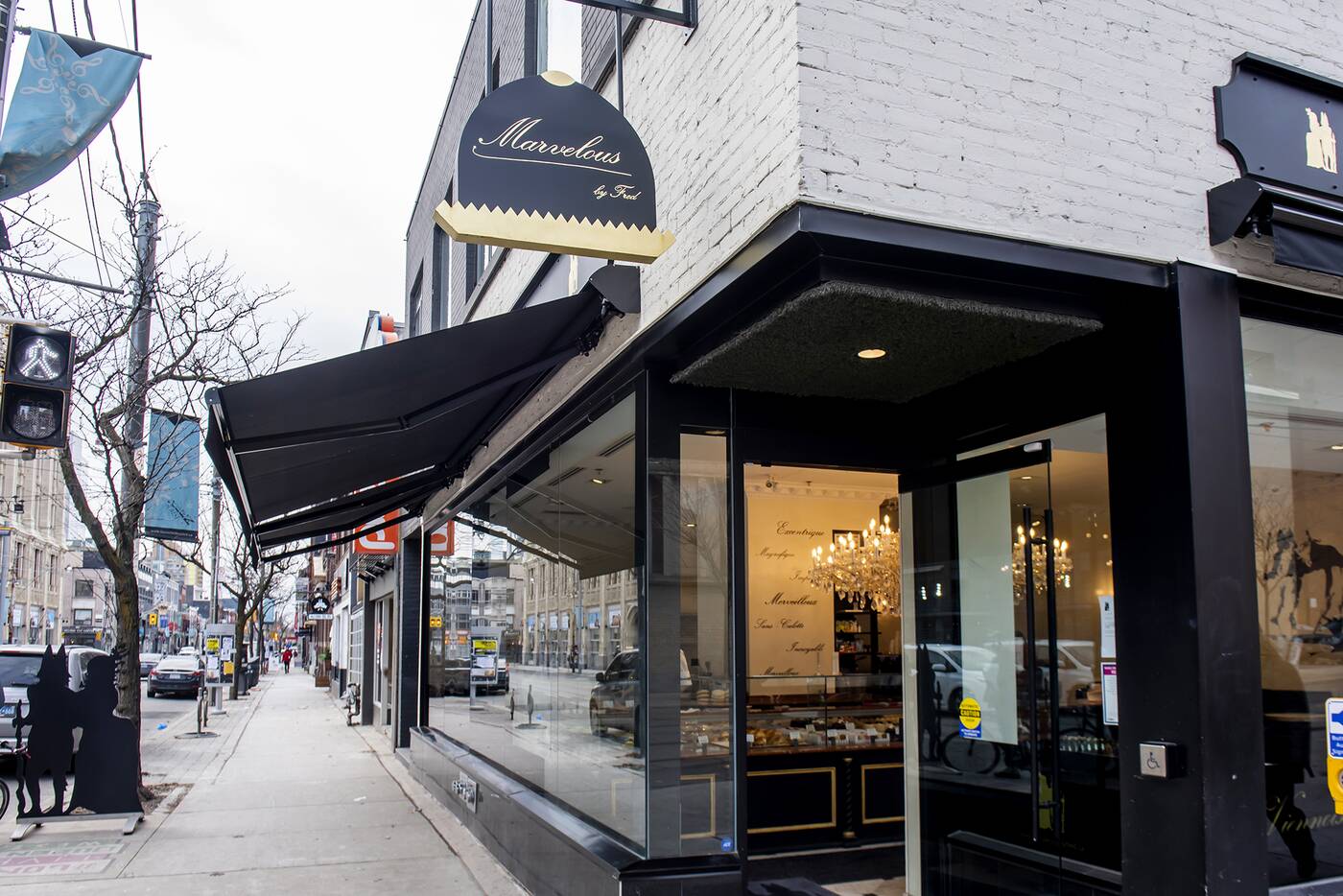