Gaucho Pie Co. is a family-run bakery that serves up traditional Argentinian empanadas with a Toronto twist.

Susan Arevalo, whose husband is Anthony Walsh, the corporate executive chef across the Oliver & Bonacini empire, and her siblings, Claudio and Pedro started the wholesale business making their mother's traditional empanada recipe. 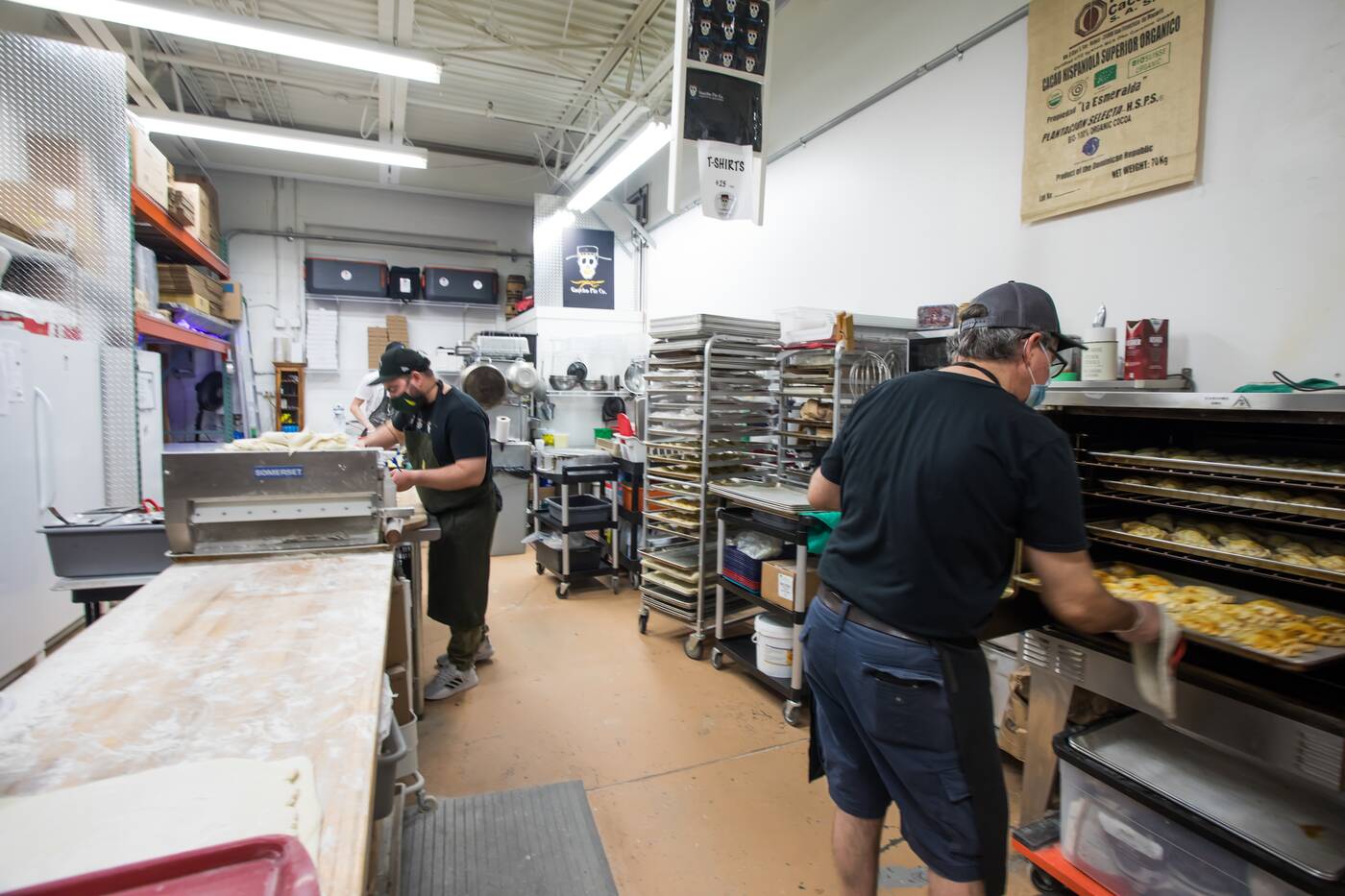 The business grew as they began to add new flavours, including Chicken and Roasted Mushroom. 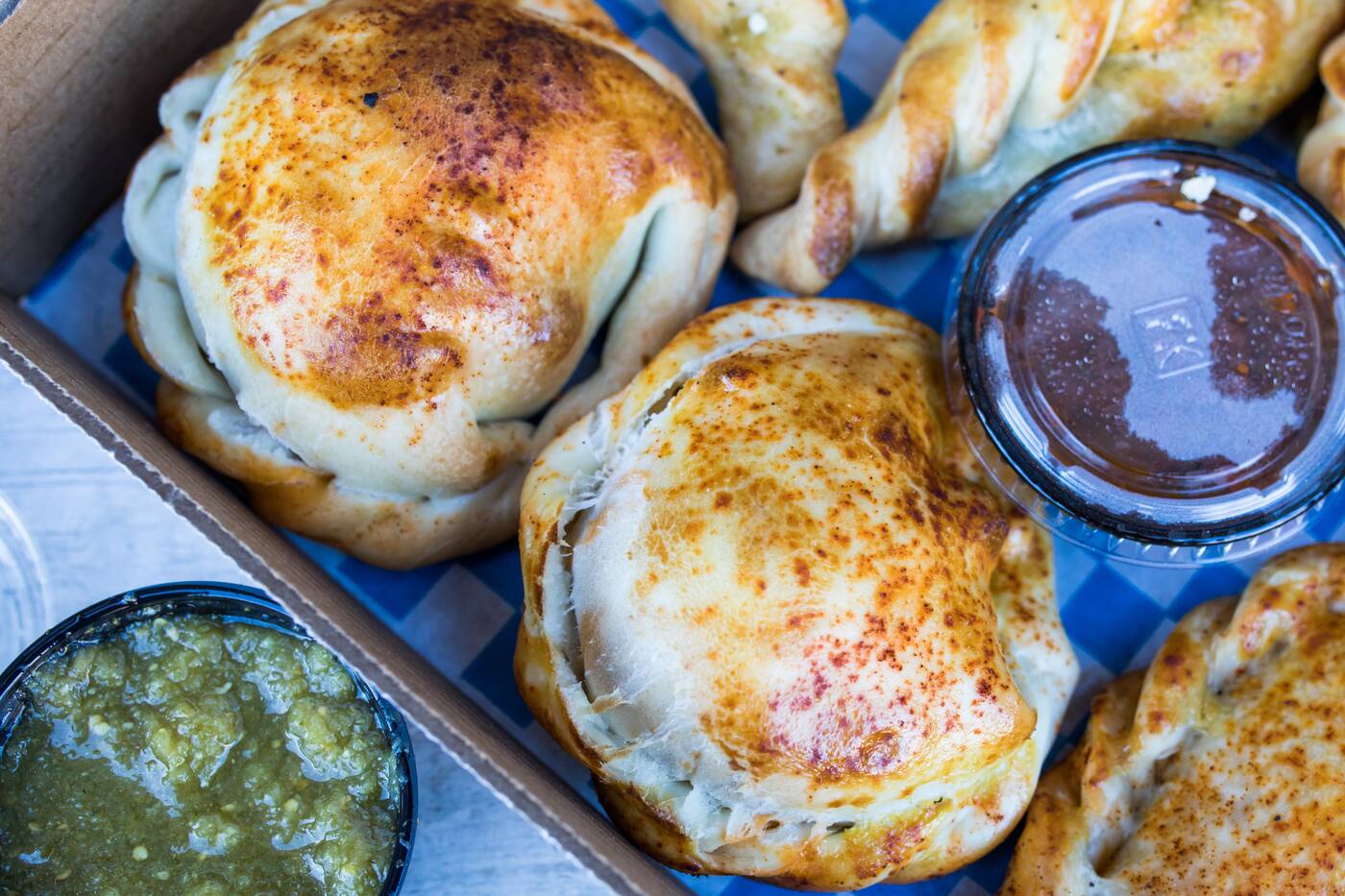 Now, the handheld turnovers pay tribute to their Argentinian culture and also the diversity of the city with over 20 different not-so-typical flavours. 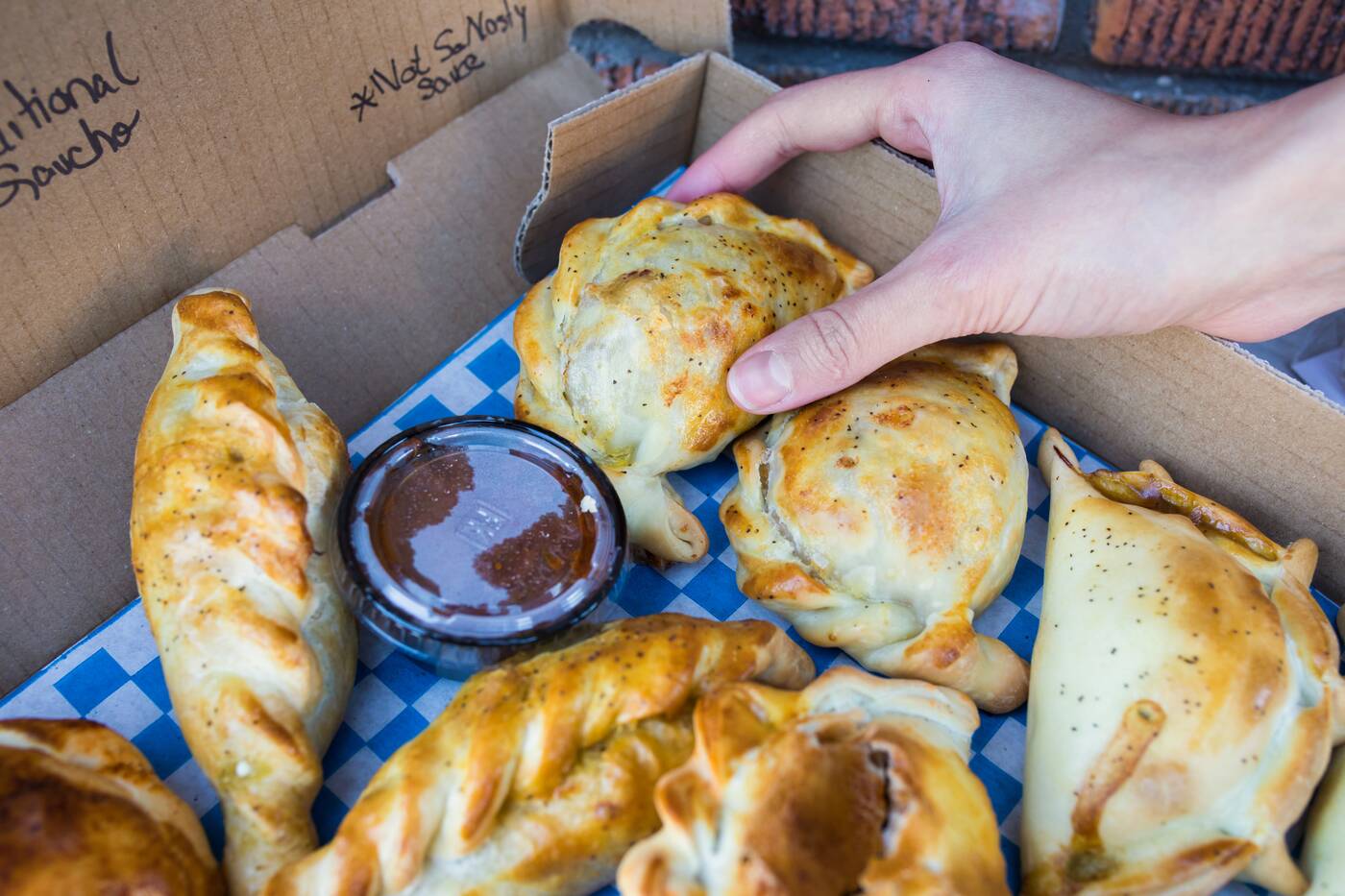 From the Spicy Pork and Kimchi, which was inspired by their love for Korean food and the fact that they live in Koreatown to the Jerk Chicken, which was added due to Pedro's affinity for spice, there's an empanada for any palate. 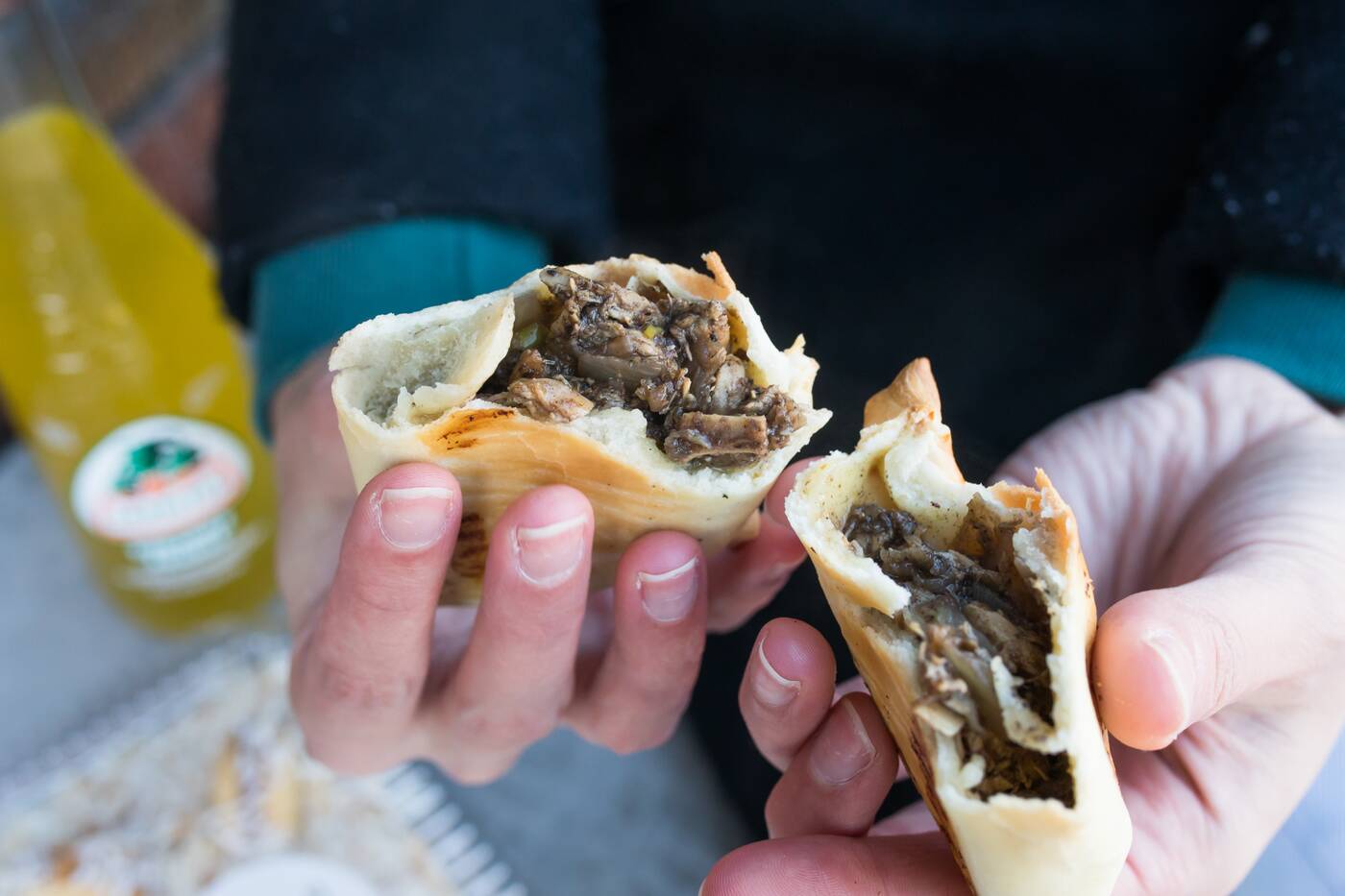 There's also a selection of sauces for dipping, including Chimichurri, Not so Nasty and Chiminasty (which should have about three hot peppers next to its name). 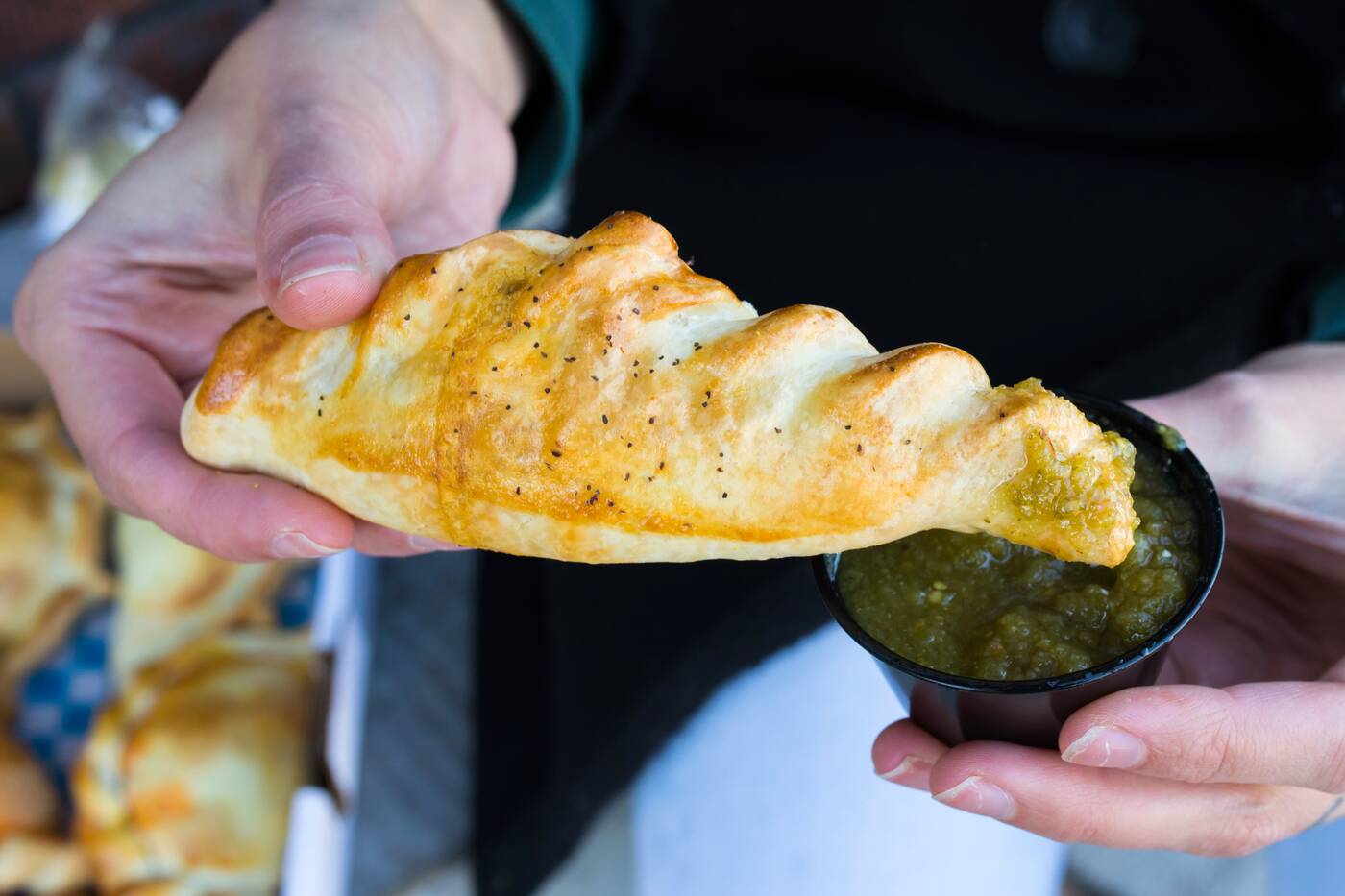 Usually, about six different flavours are freshly baked every day from their location inside the Artisan Factory, with each sibling, and sometimes even Susan's two kids, taking care of a station. 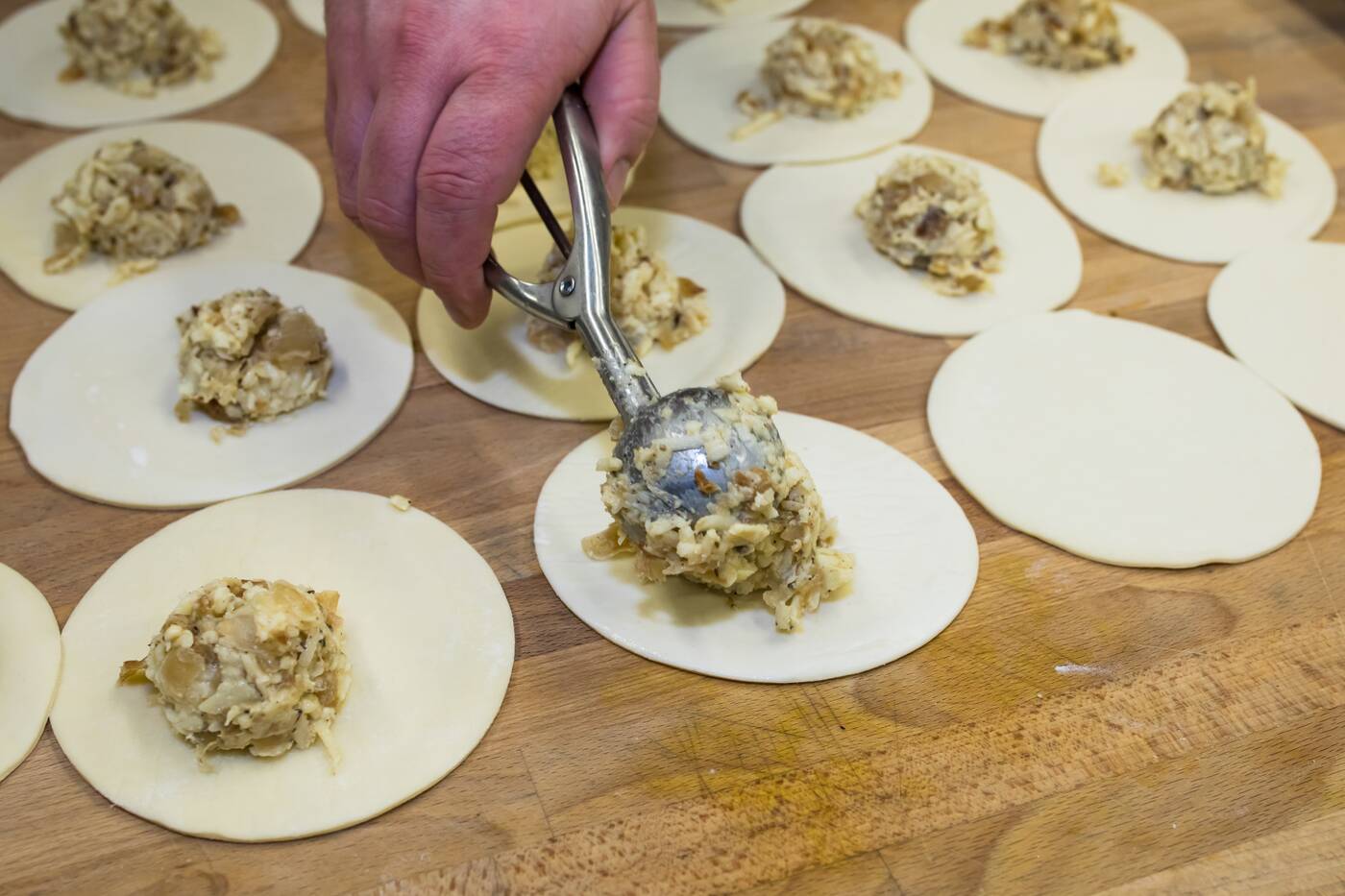 The dough for the empanadas is rolled, separated and then filled, baked and packaged before being handed off to the customer. 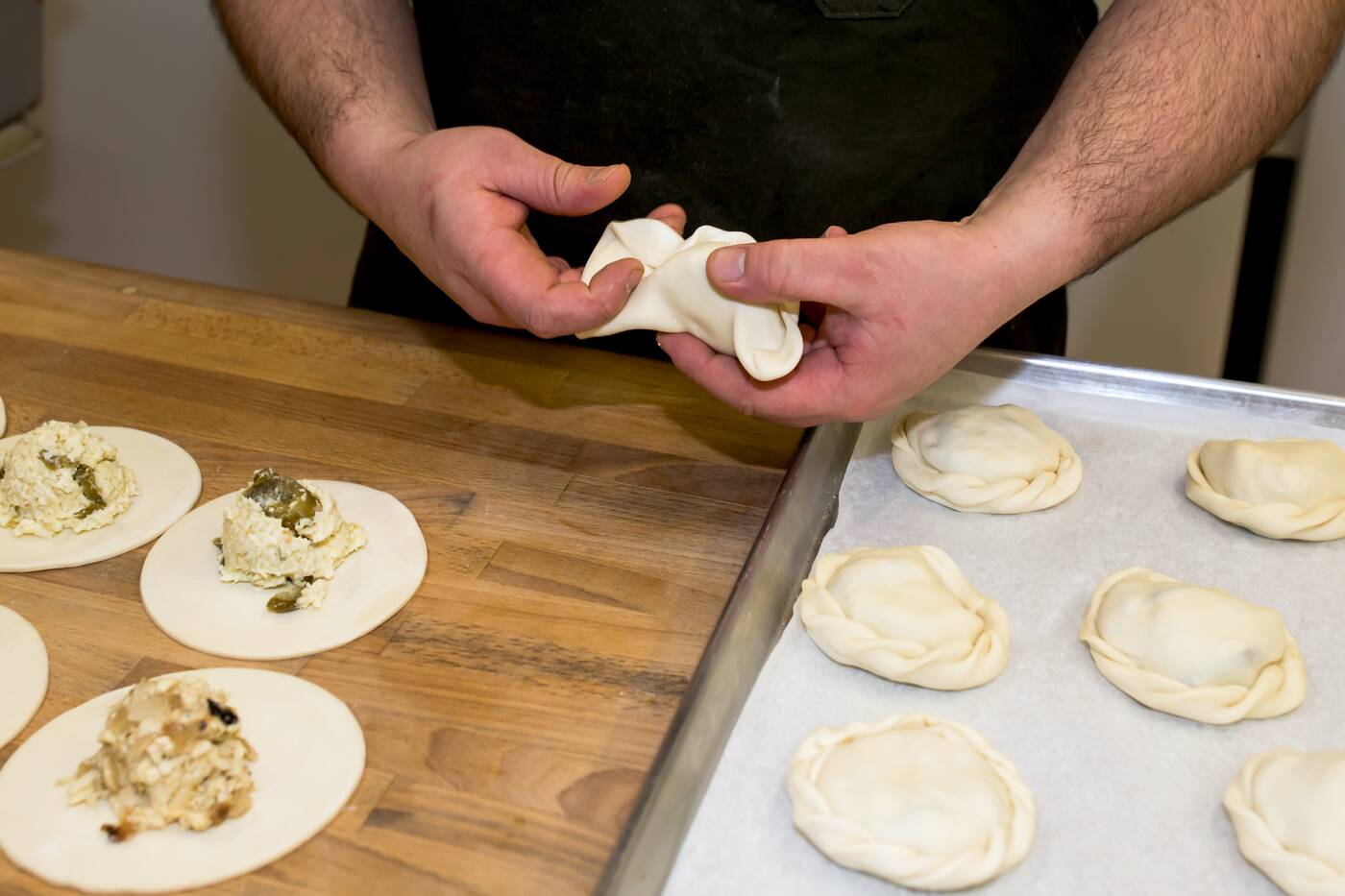 Some of the flavours take a few days to prepare like with the Rueben, for which they make the corned beef in-house. 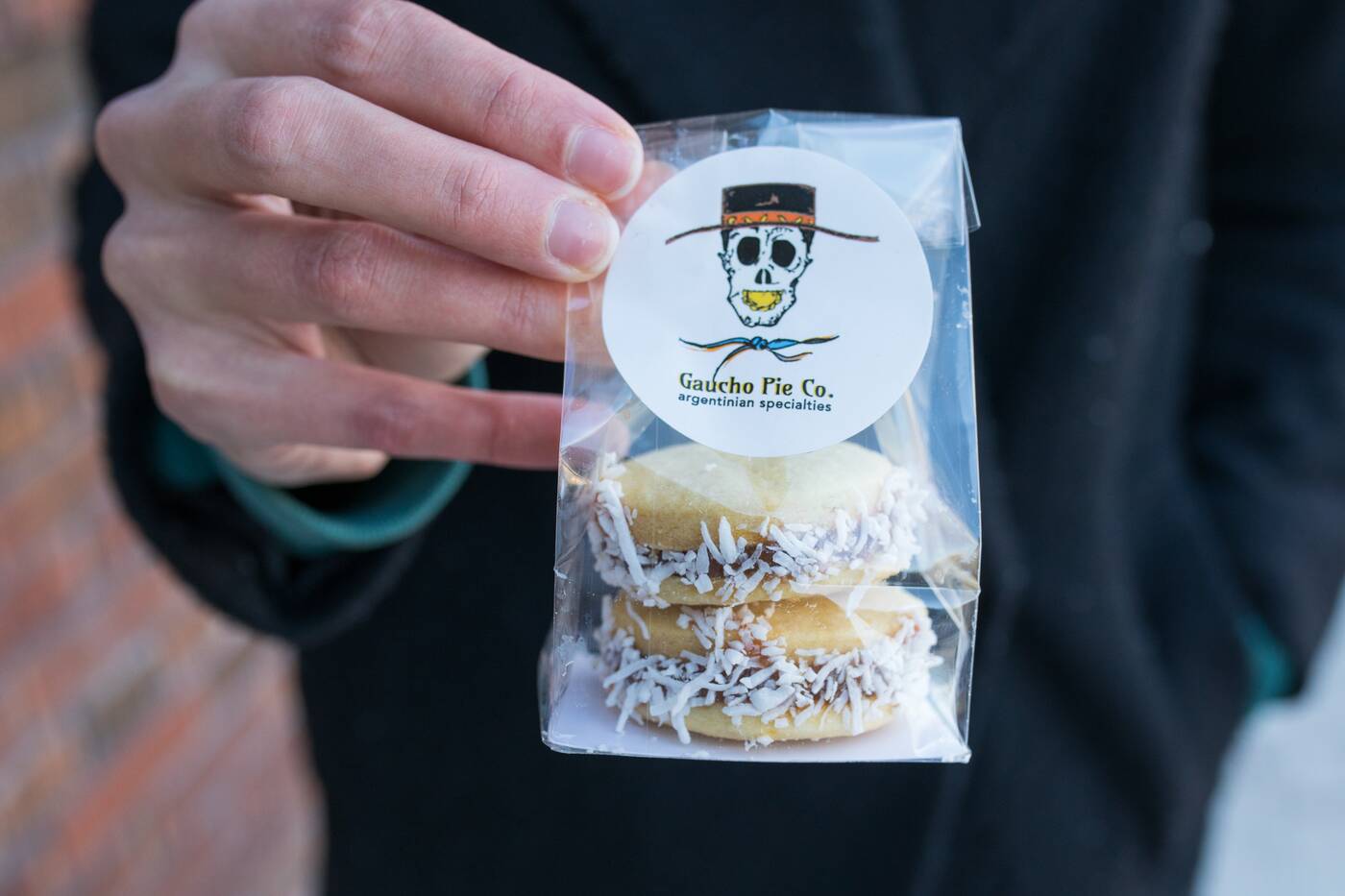 They also have a couple of tasty desserts such as traditional Argentinian cookies, Alfajores ($1.25 per piece and $1.30 per piece for a gluten-free option), which are sprinkled in coconut and come with dulce de leche inside. 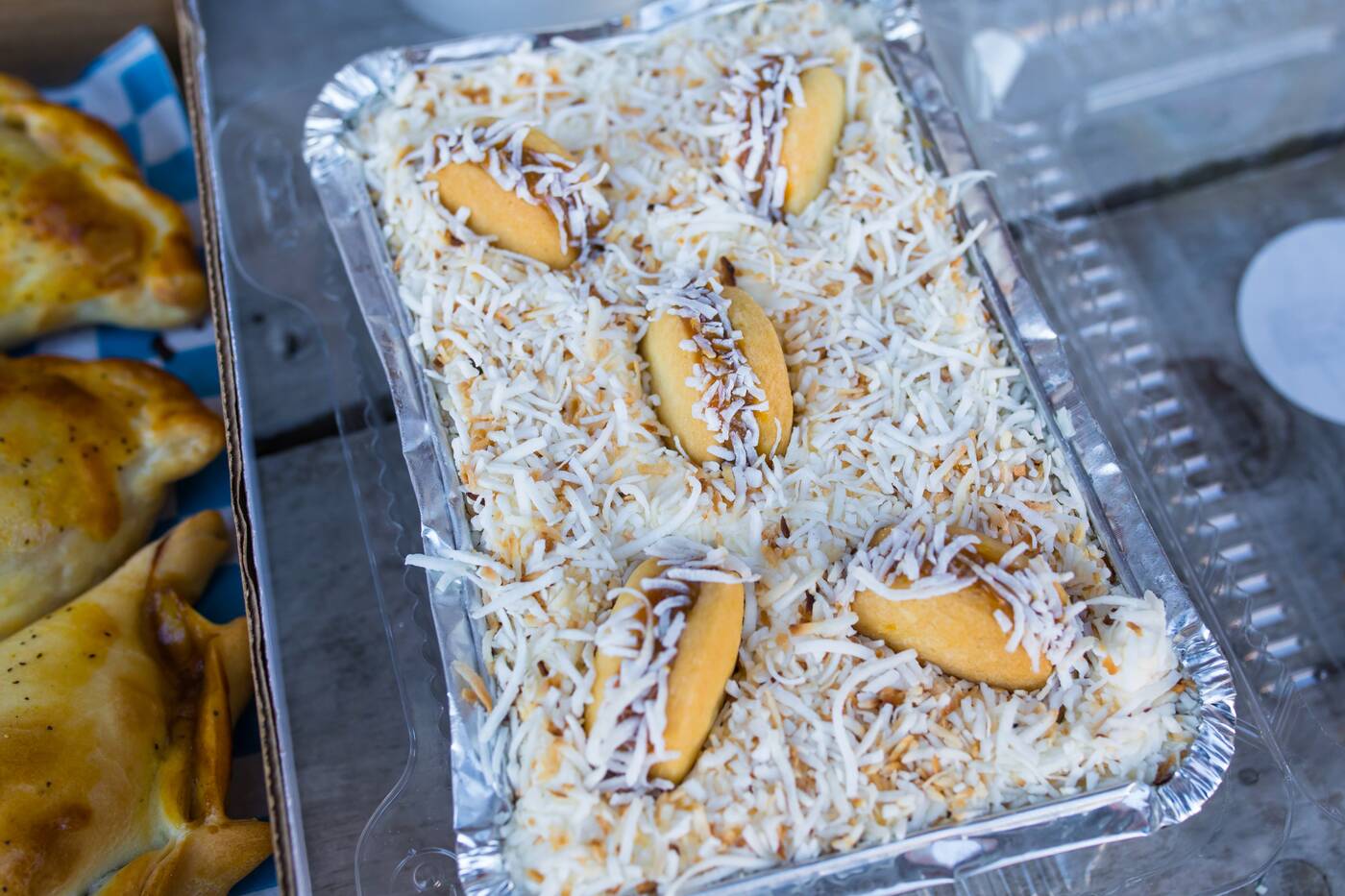 The Tres Leches cake, also typical of Latin America, is another one of their desserts. The moist sponge cake is generously soaked in three kinds of milk, as well as the thick caramel dulce de leche and is topped with whipped cream.

Before COVID hit, they were selling wholesale to over 50 different restaurants in the city and now they’ve started pickup orders. You can drop in to see what their daily offerings of flavours are. 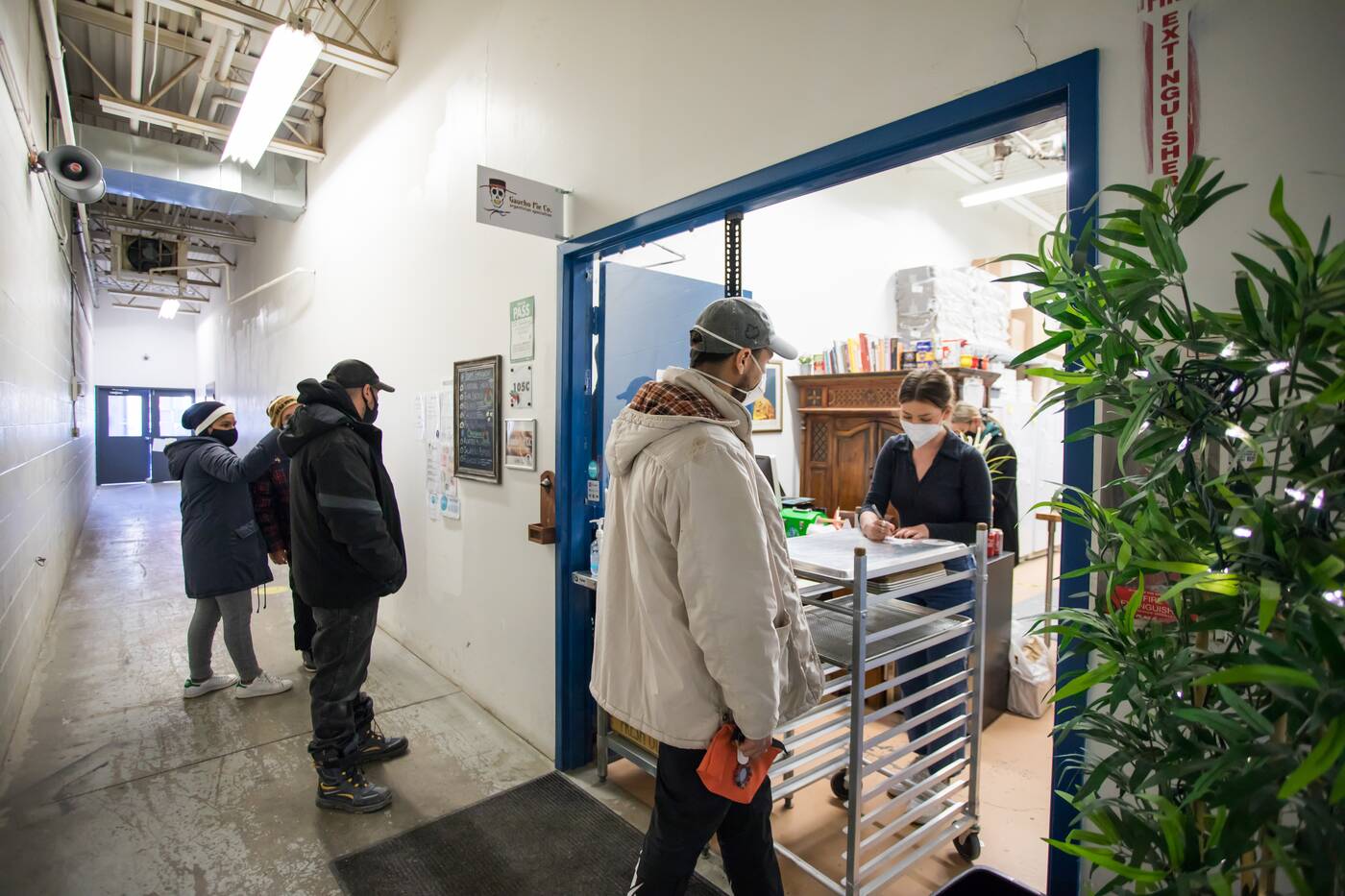 Pickup orders with special flavour requests should be placed at least one day in advance and have to include a minimum of one dozen empanadas ($30) with at least three per flavour of your choosing. 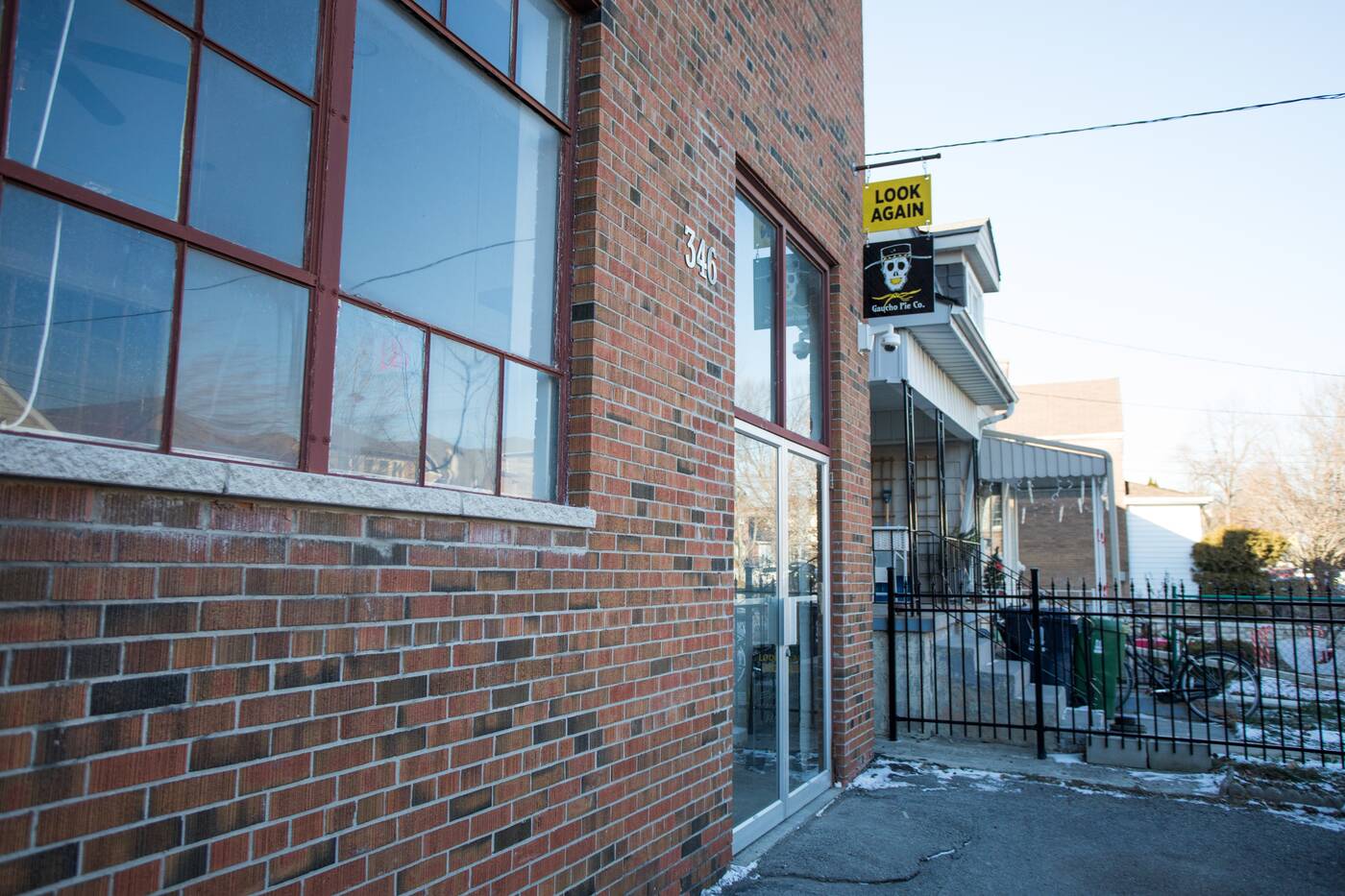