La Rosa Chilena is an extremely tiny, unassuming Chilean bakery that’s been around for decades. They still make all their baked goods in the oven that originally came with the space, a relic from when it was a wholesale Italian bakery.

While they make alfajores and other products here recognizable from Latin American bakeries in general, they also make and carry specific Chilean products like Chilean empanadas. 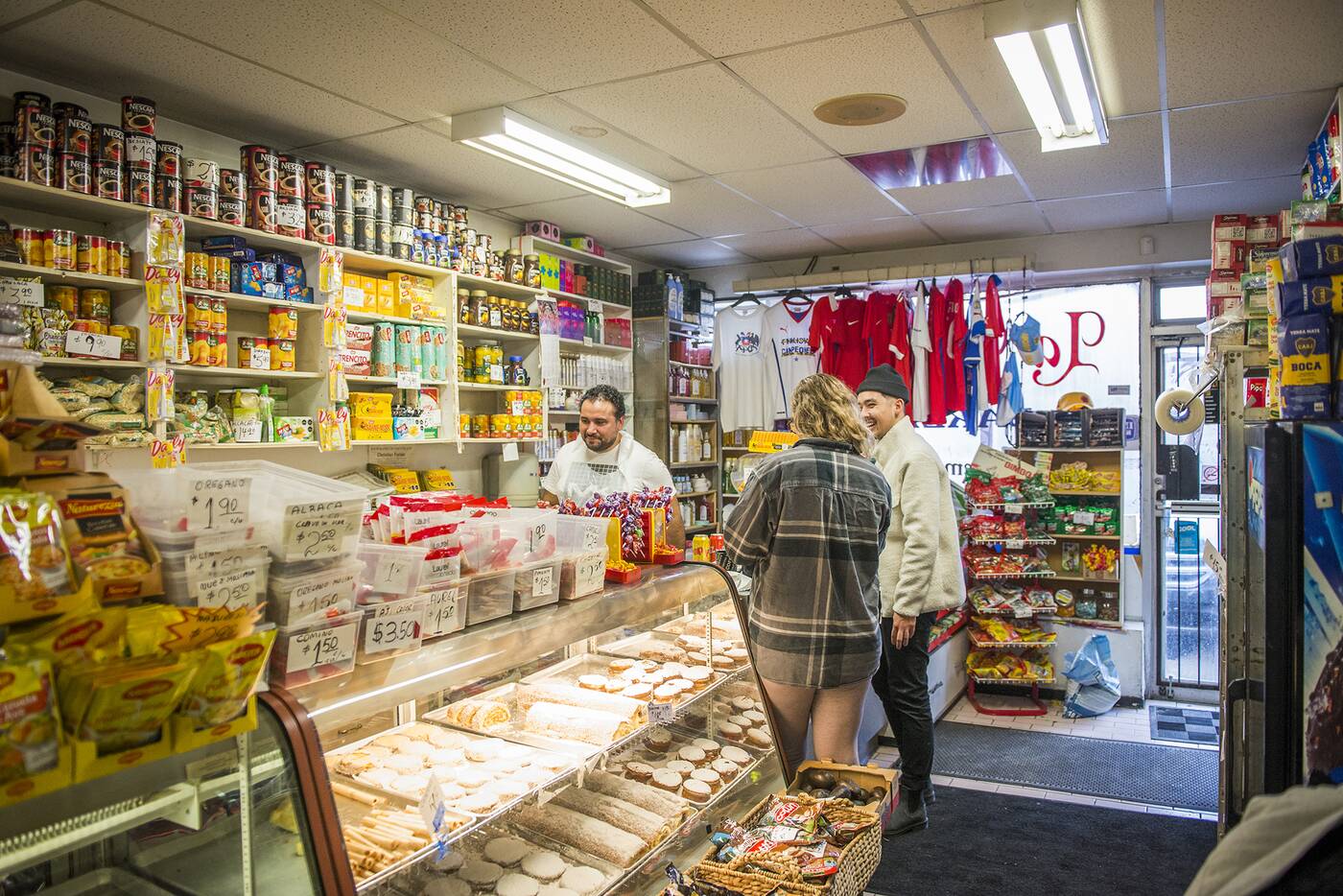 The tiny space mostly has baked goods on one side and grocery items on the other, but it’s all a mish-mash of litre soda bottles, marmalade in bags, and preserved Chilean fruit, a baker making the occasional appearance to deposit a fresh batch of baked goods, which are all made in the back and basement. 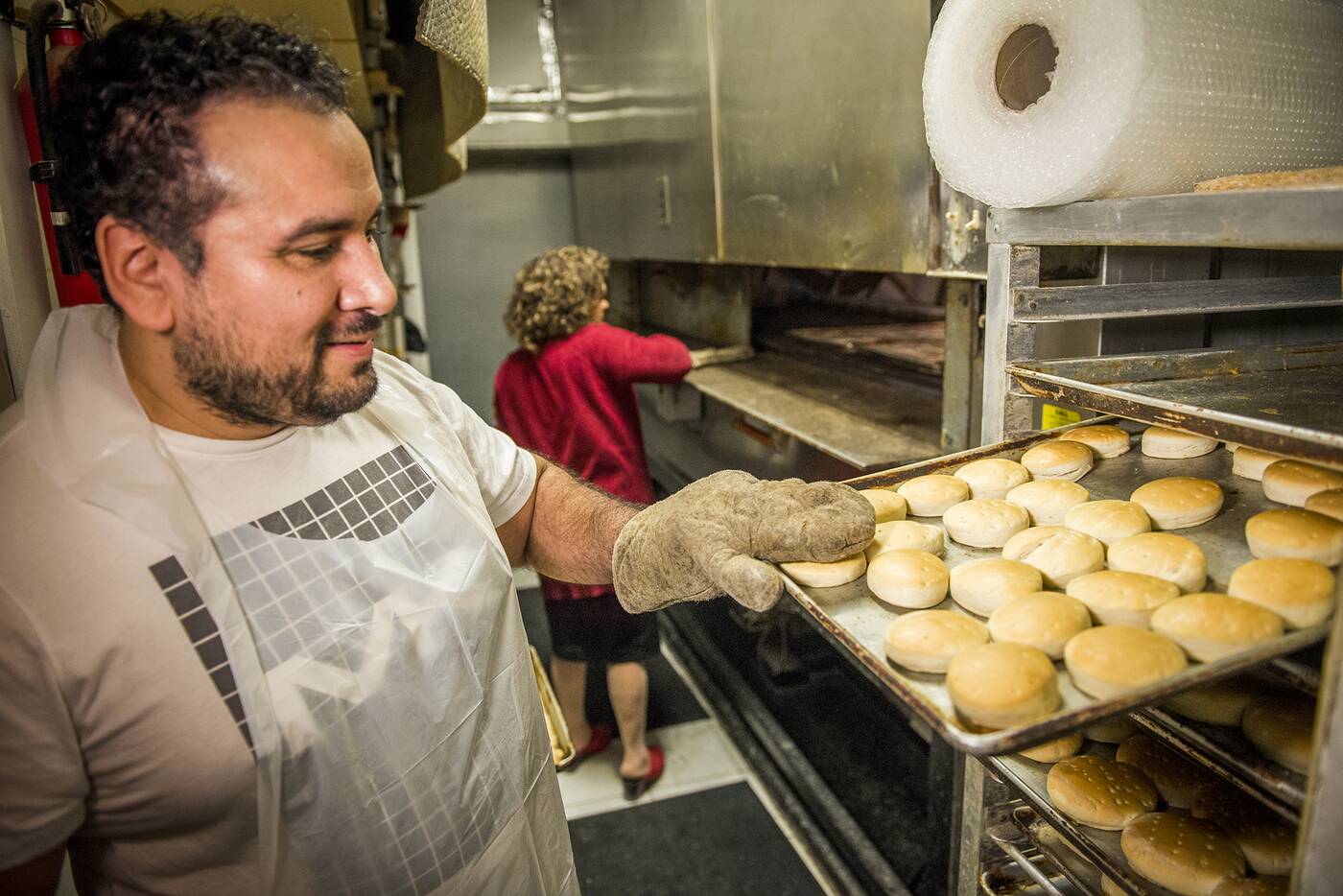 Small, round Chilean breads (50 cents each, $6 for a dozen) are typically eaten with butter for tea, or made into sandwiches. You’ll notice most bread here has little holes poked in it, done with a special rolling pin or else the bread would shrink to half the size during baking. 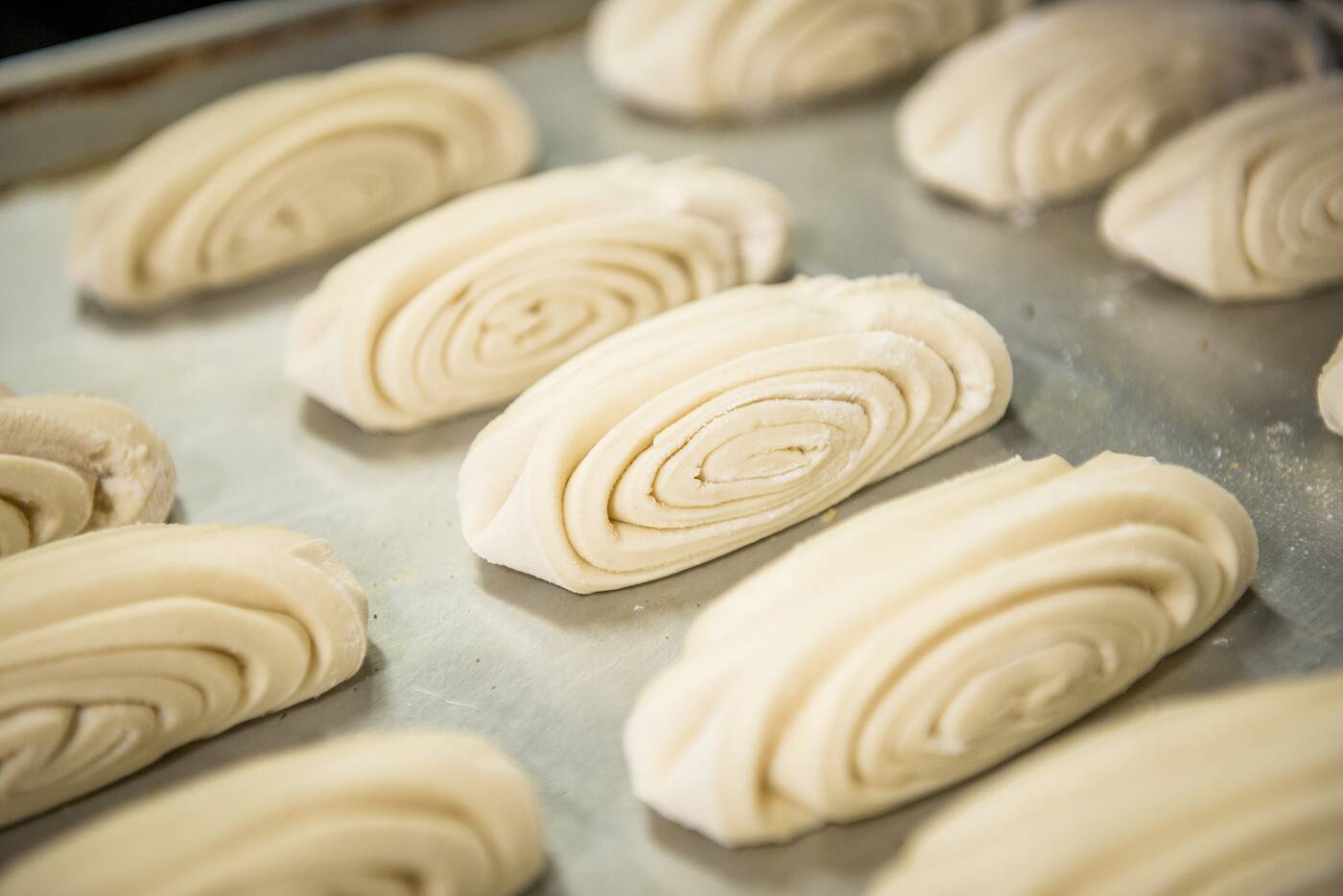 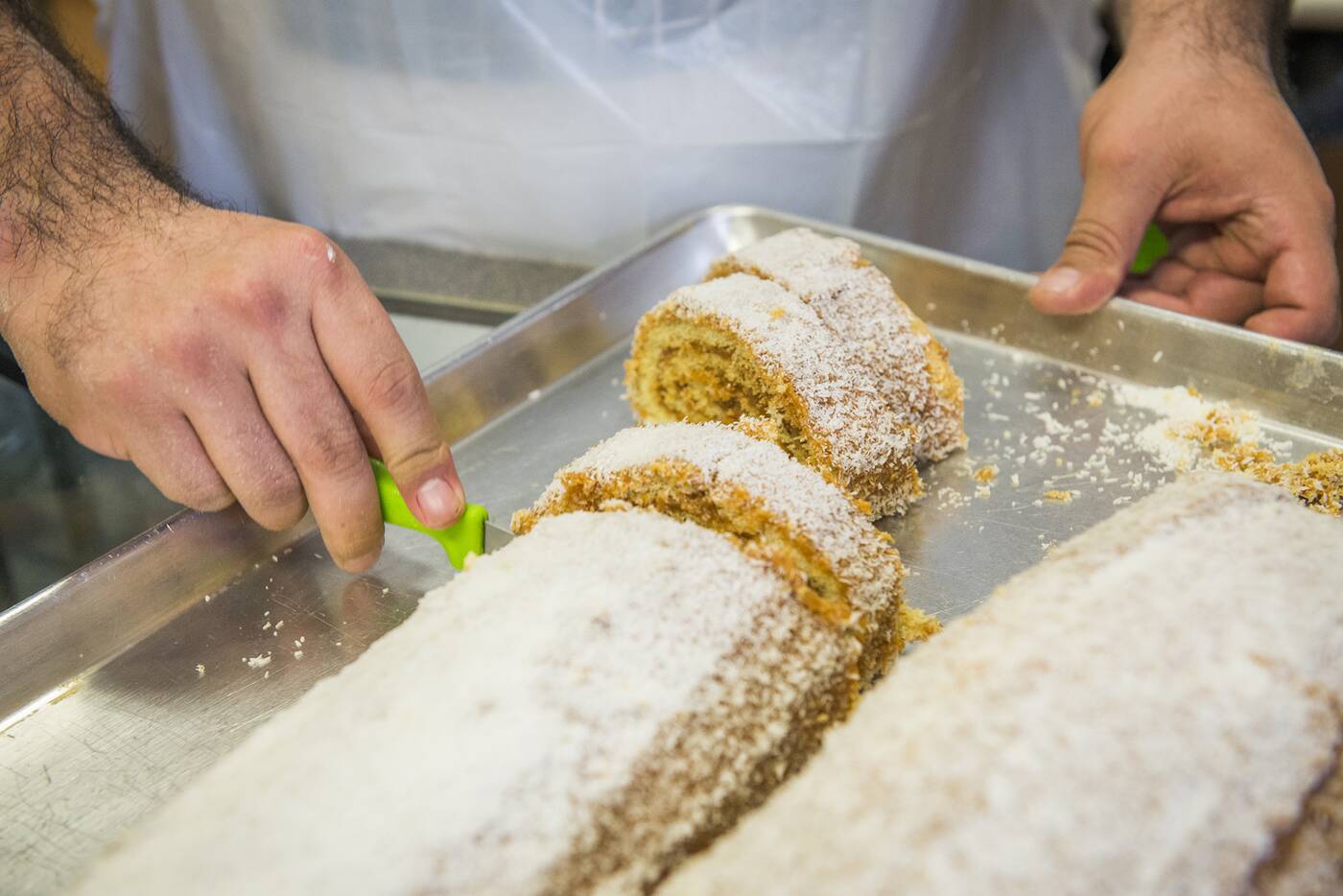 Brazo reina (which, awesomely, means “arm of the queen”) is sponge rolled into a spiral around dulce de leche, $18 for a full log and $1.80 per slice. The crumbly, sweet cake goes excellently with coffee. 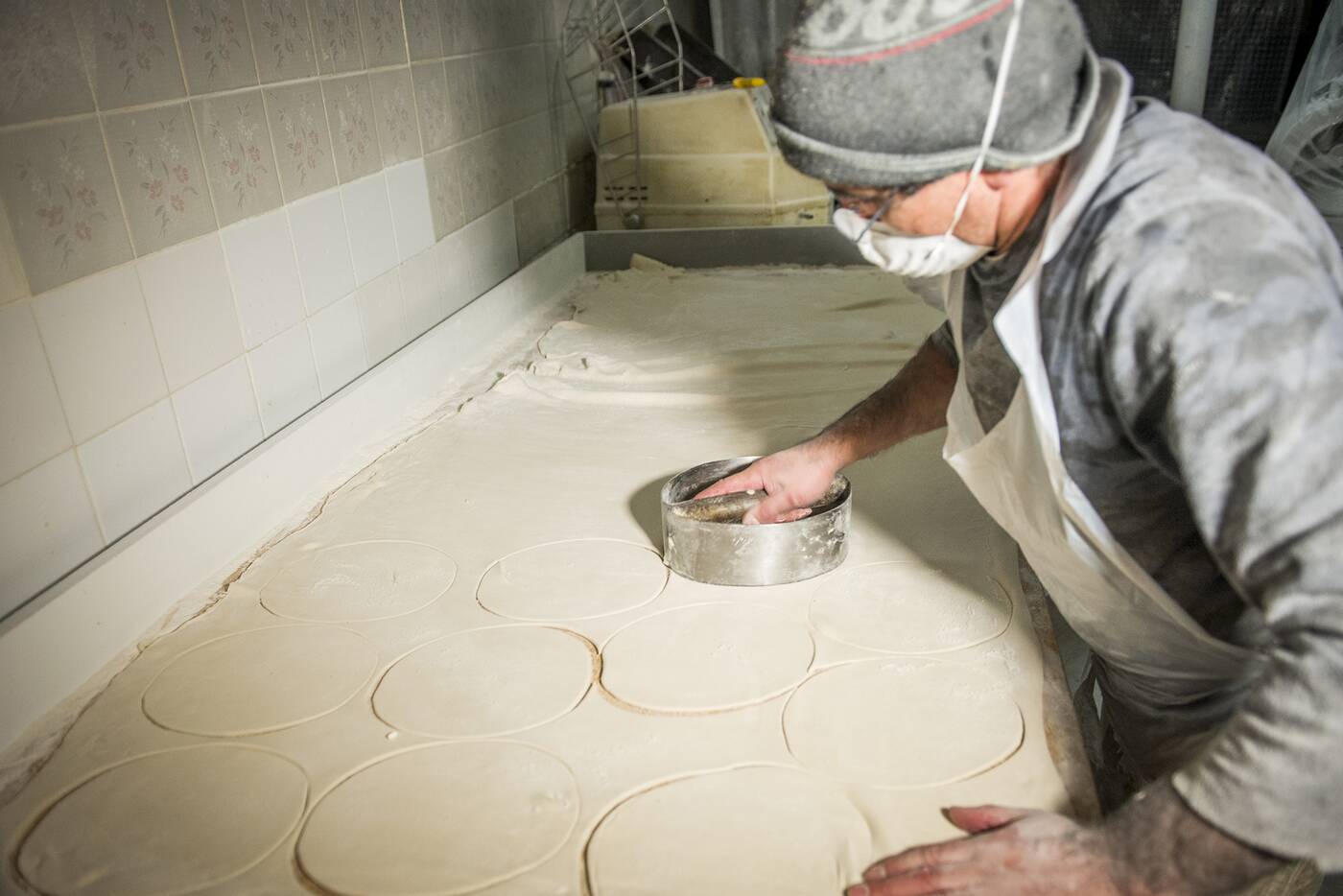 The basement is where the magic of making typical Chilean-style empanadas by hand takes place. 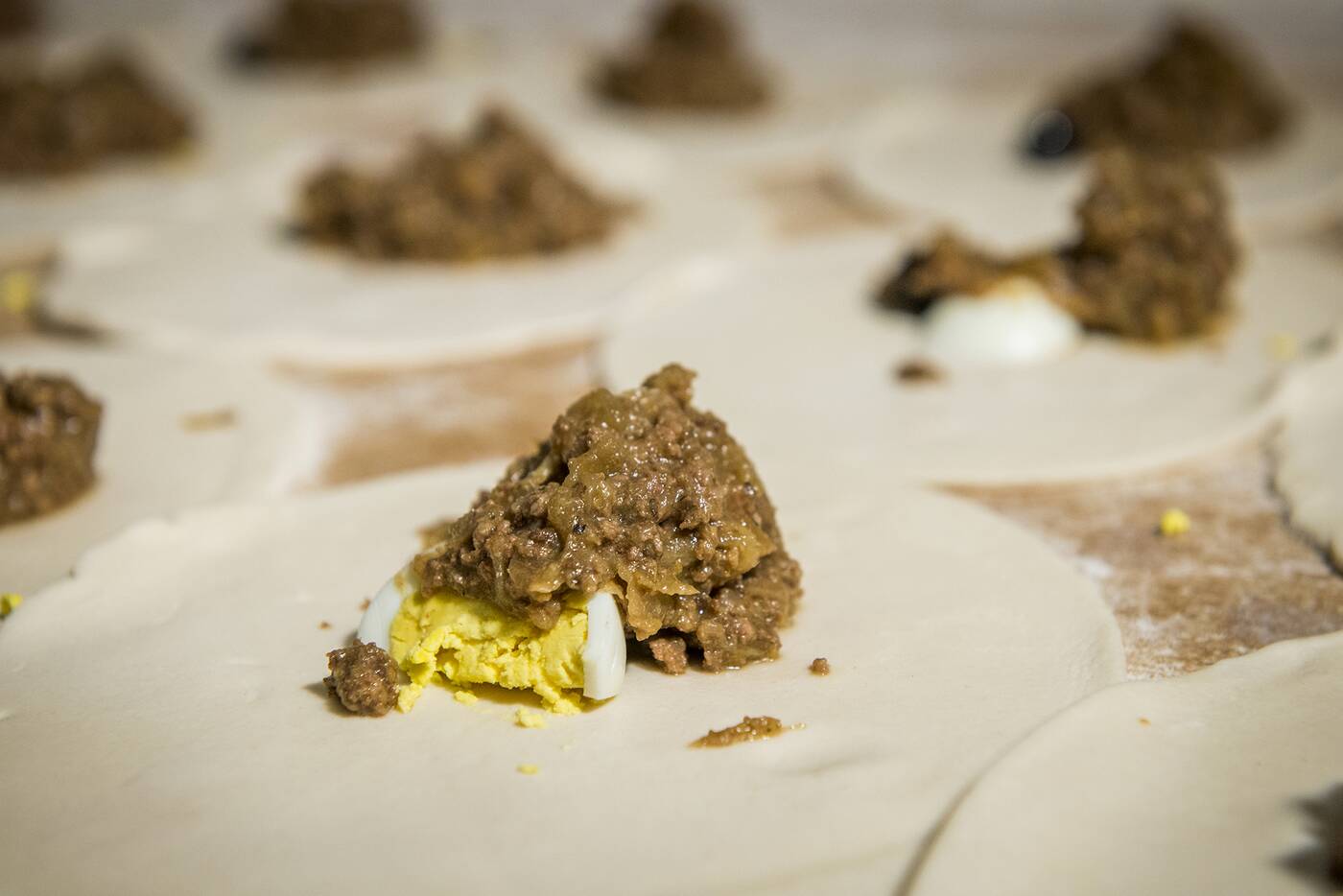 They’re stuffed with slow braised ground beef mixed with onions, a slice of hard-boiled egg and a pitted black olive. 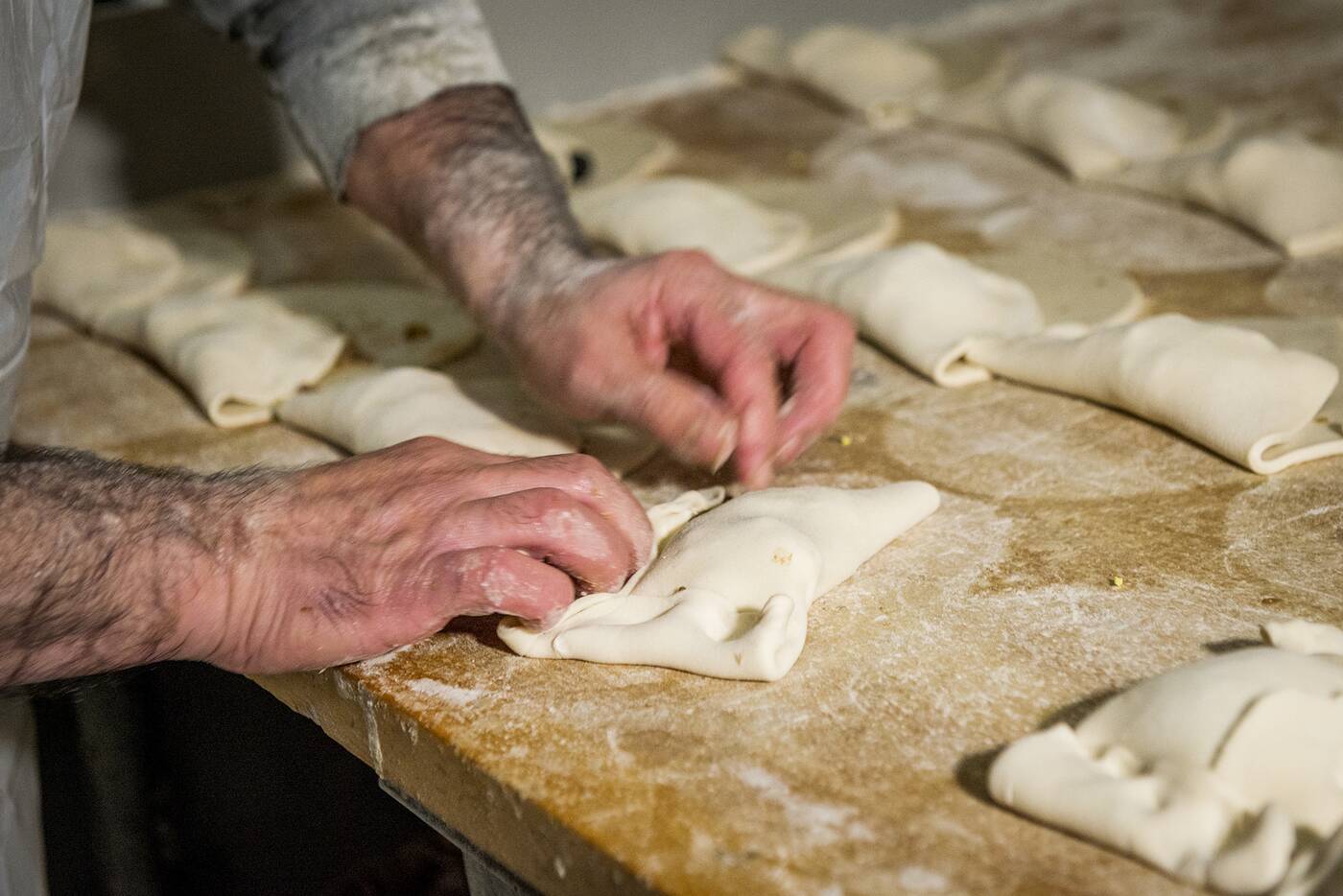 Chilean empanadas are recognizable because of their rectangular shape: apparently every country that makes empanadas makes them in a slightly different shape, and this one is the most complicated. 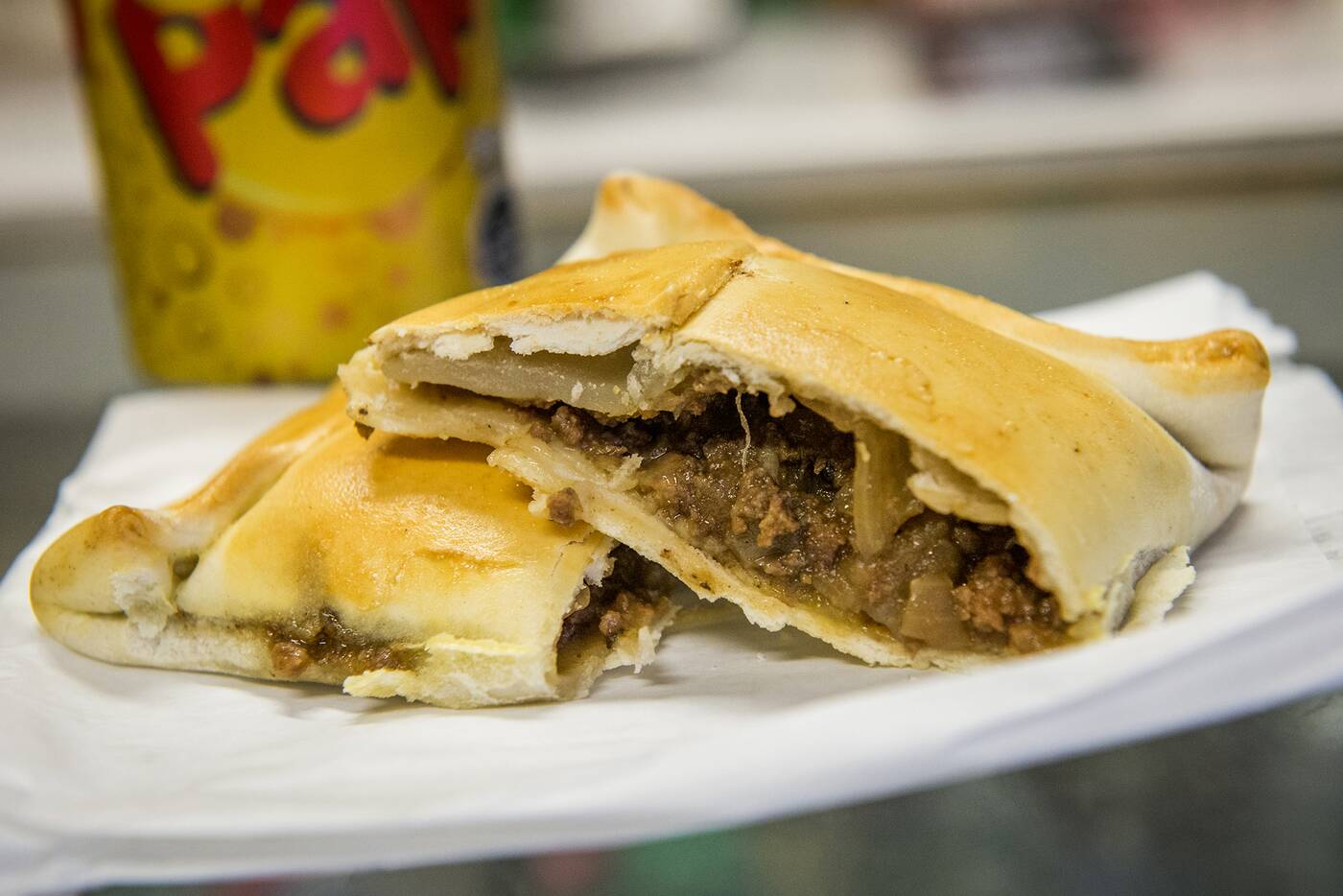 The filling of the steamy, crusty empanada is very oniony, creamy from the egg and salty from the olive. 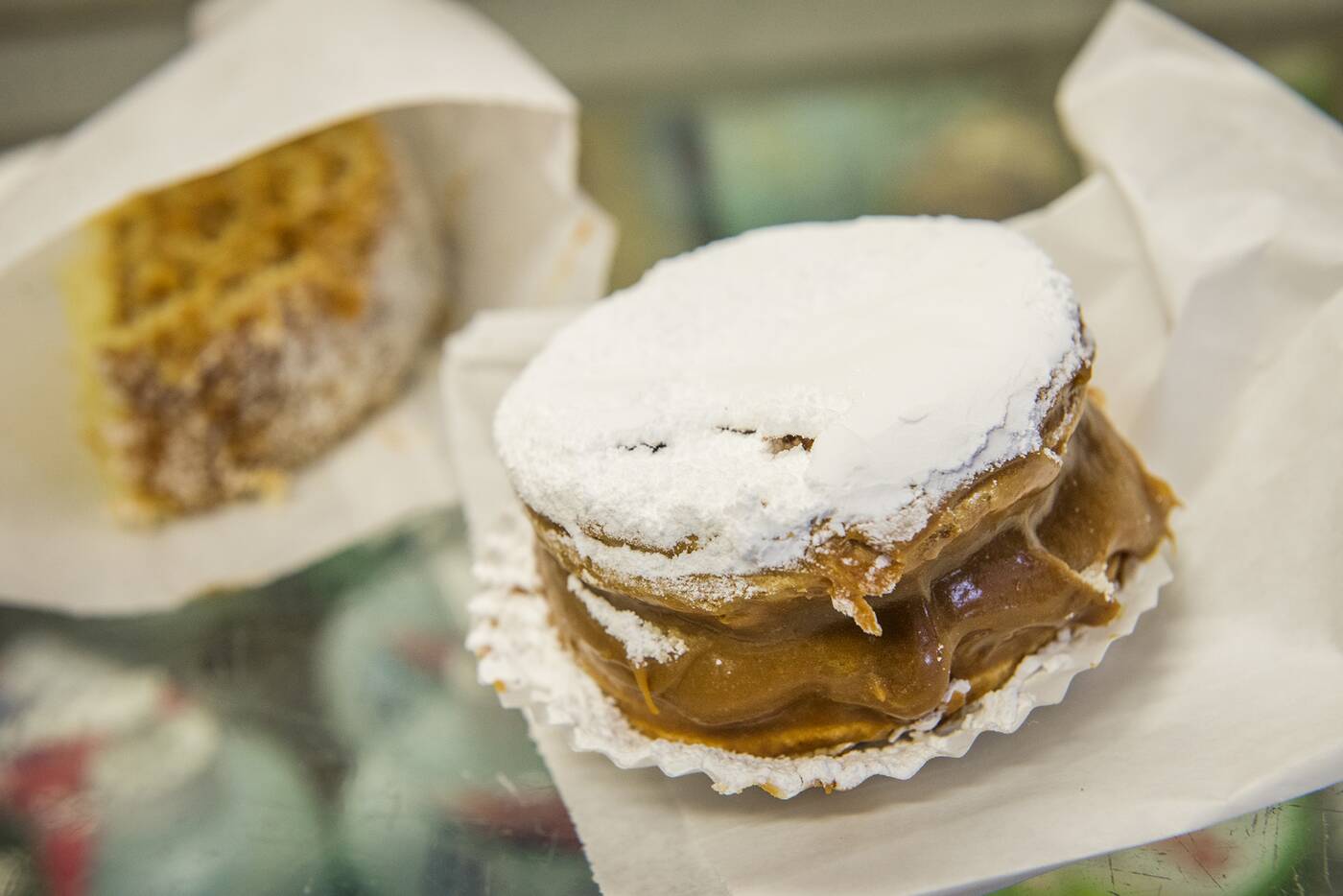 Milhojas ($1.80) have a type of dulce de leche called manjar, which is thicker, in the middle and on the outside. It’s dusted with icing sugar, a sweet and messy bomb, and apparently it even comes in a cake size. 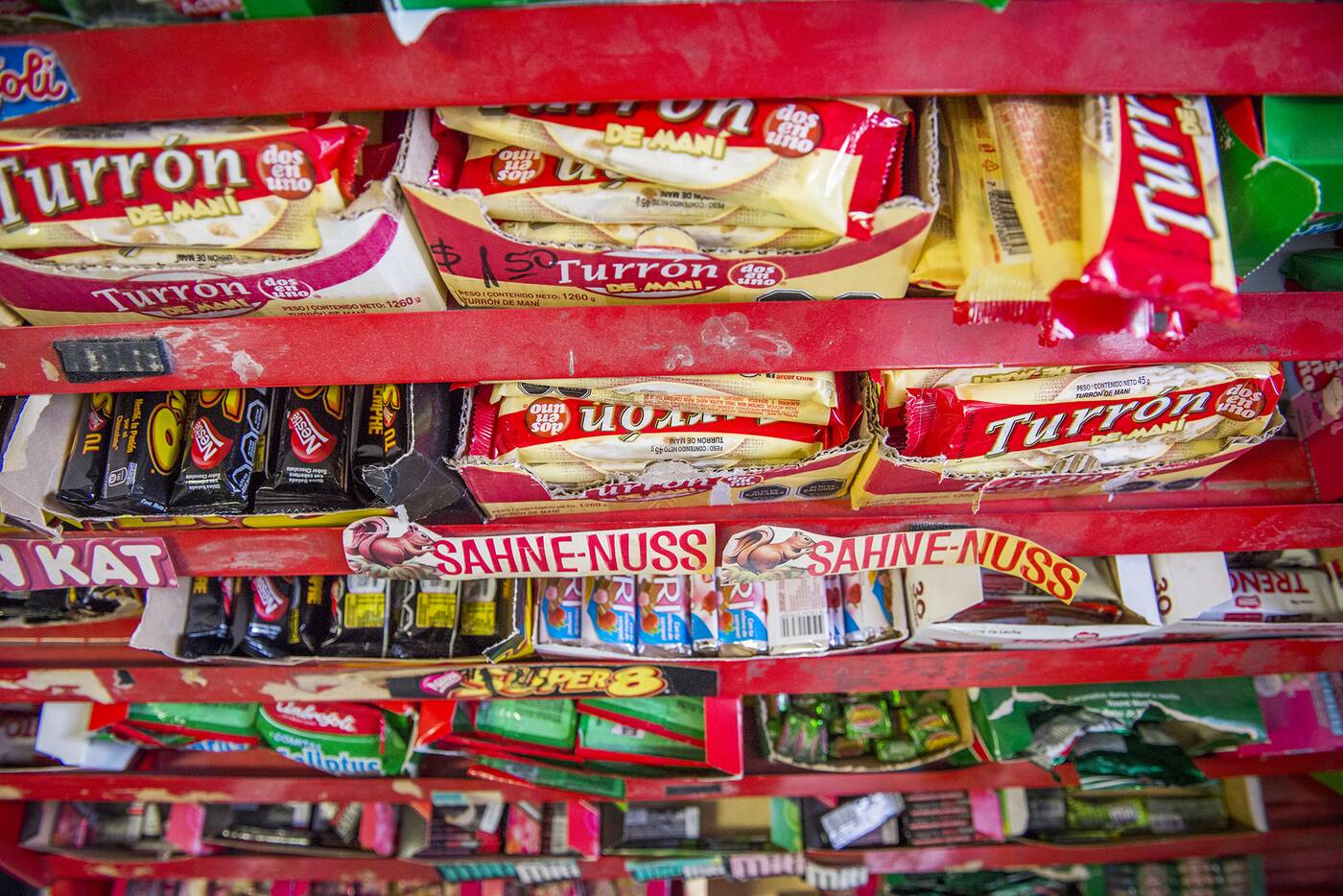 The store also stocks a ton of imported Chilean candy, including popular Super 8’s made by Nestle and banana chocolate lollipops. 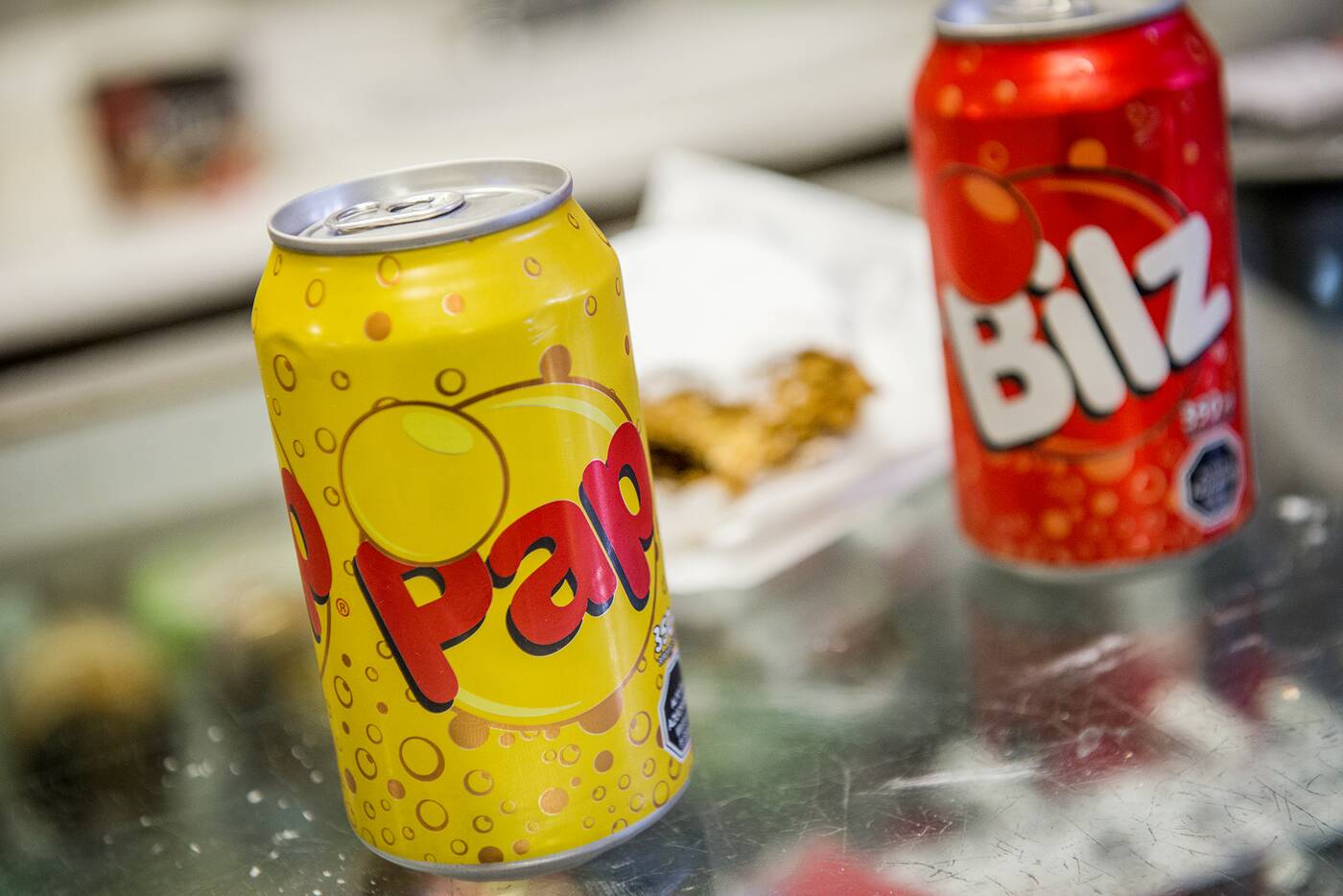 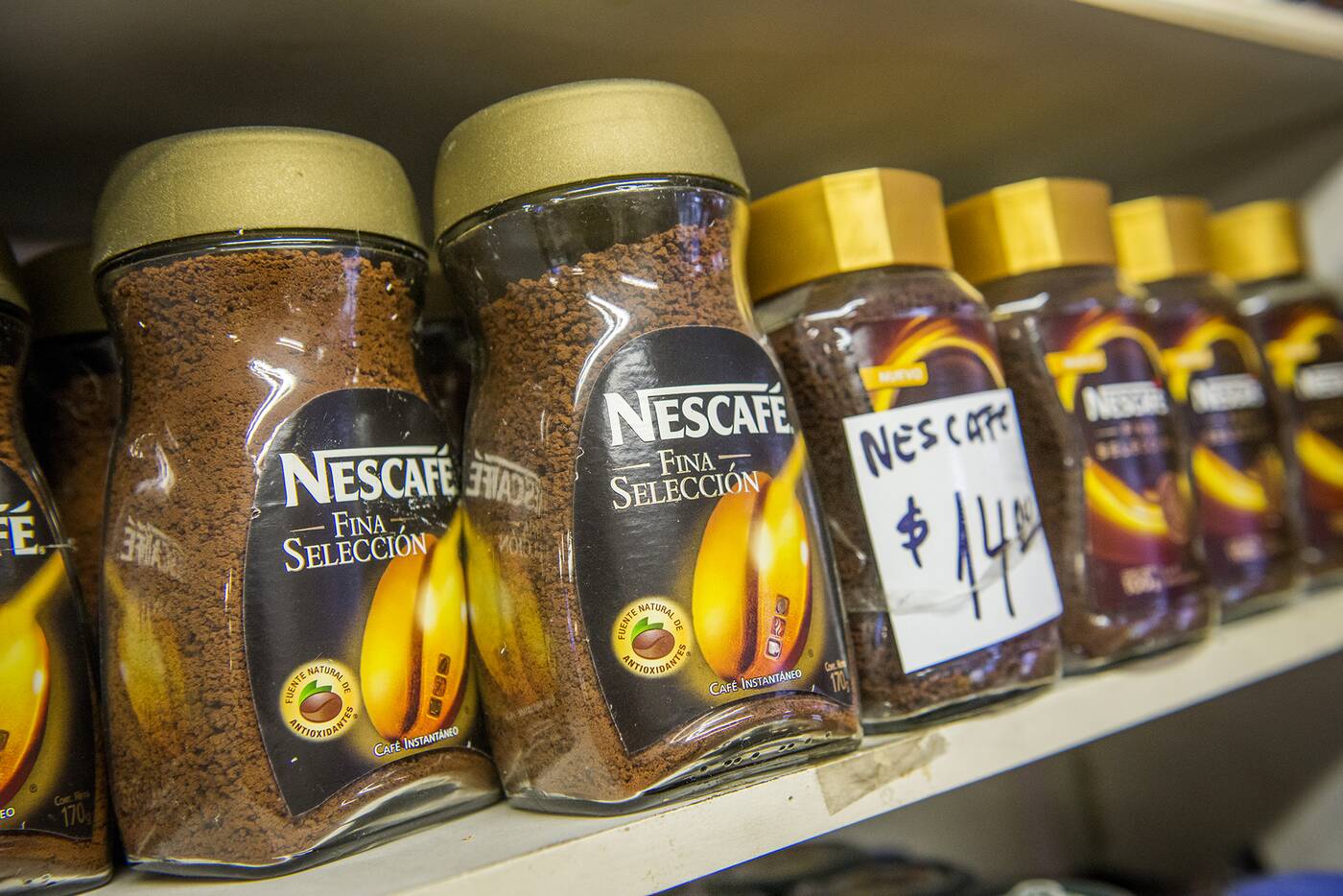 Other than that Chileans mostly drink lots of instant coffee, which they have imported here. 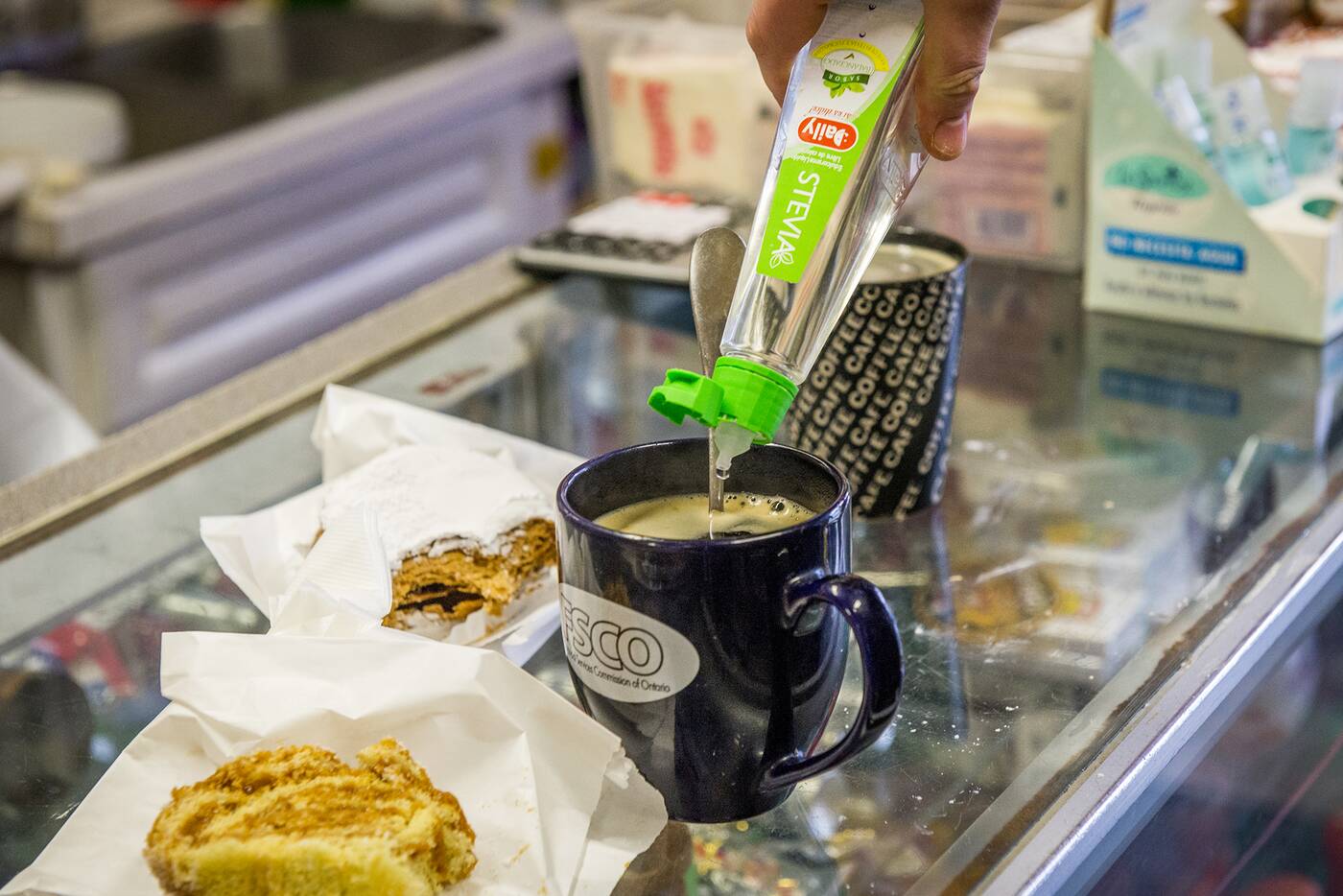 The bitterness is made palatable with liquid sugar. 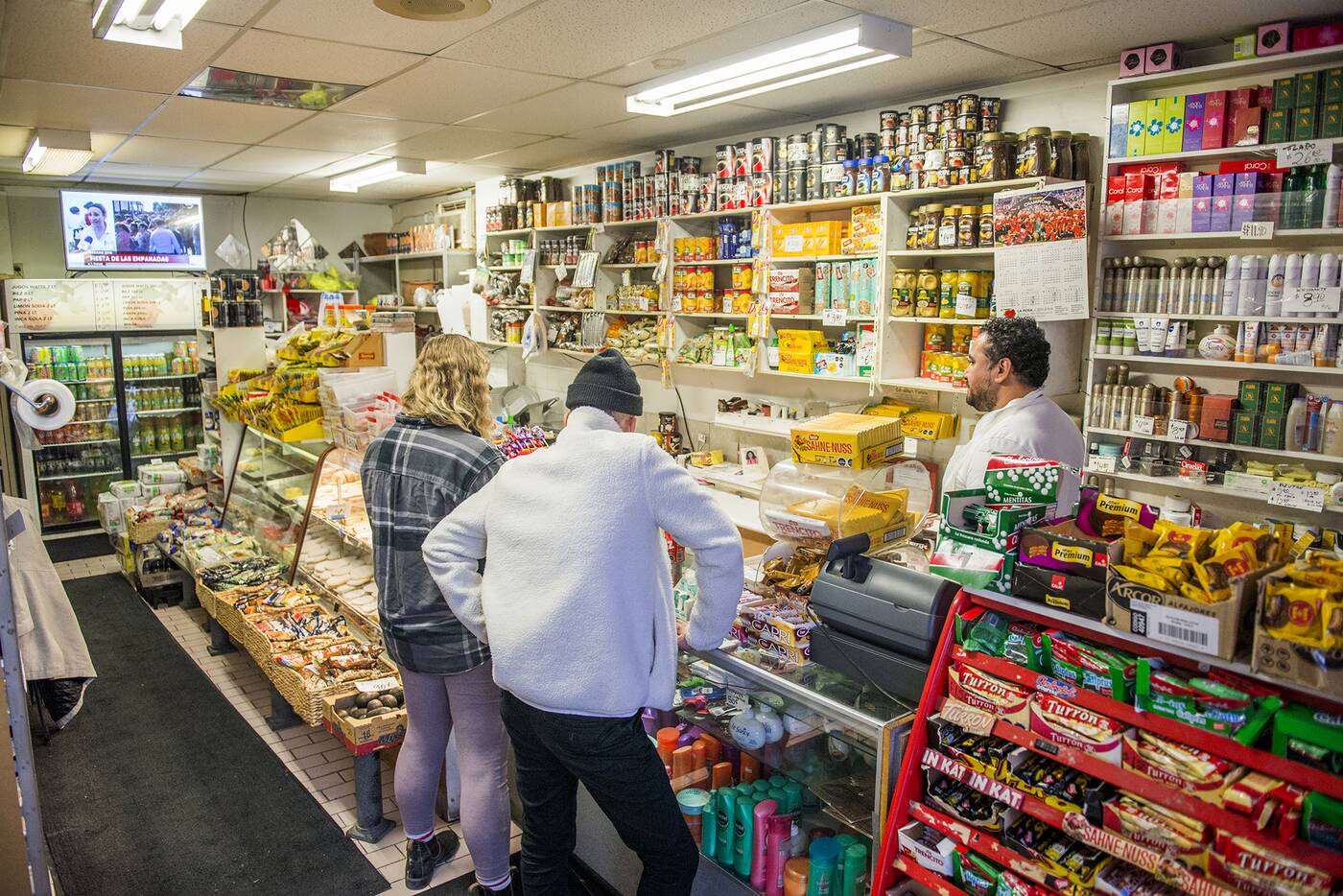 La Rosa Chilena has always been owned by the Farias family, and however much they’ve been begged they don’t do resale or wholesale as it puts a huge strain on the process of baking by hand. 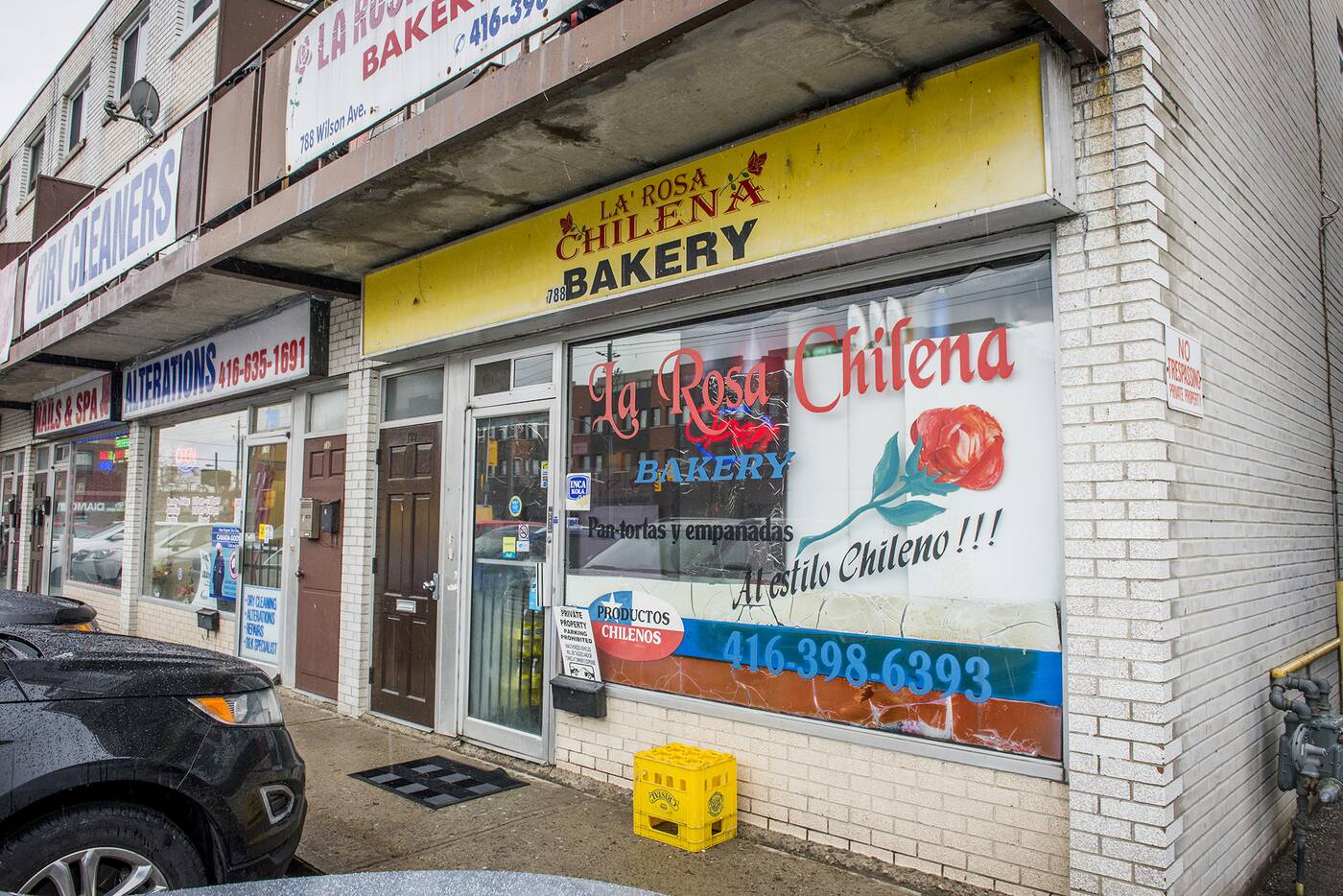