Ampersand Bakehouse works to create sweets that adults can enjoy just as much as kids, offering up baked donuts, cookies, and cupcakes.

Situated on the side street of Woodington Avenue off the Danforth, all of the desserts can be ordered at an outdoor pickup window. 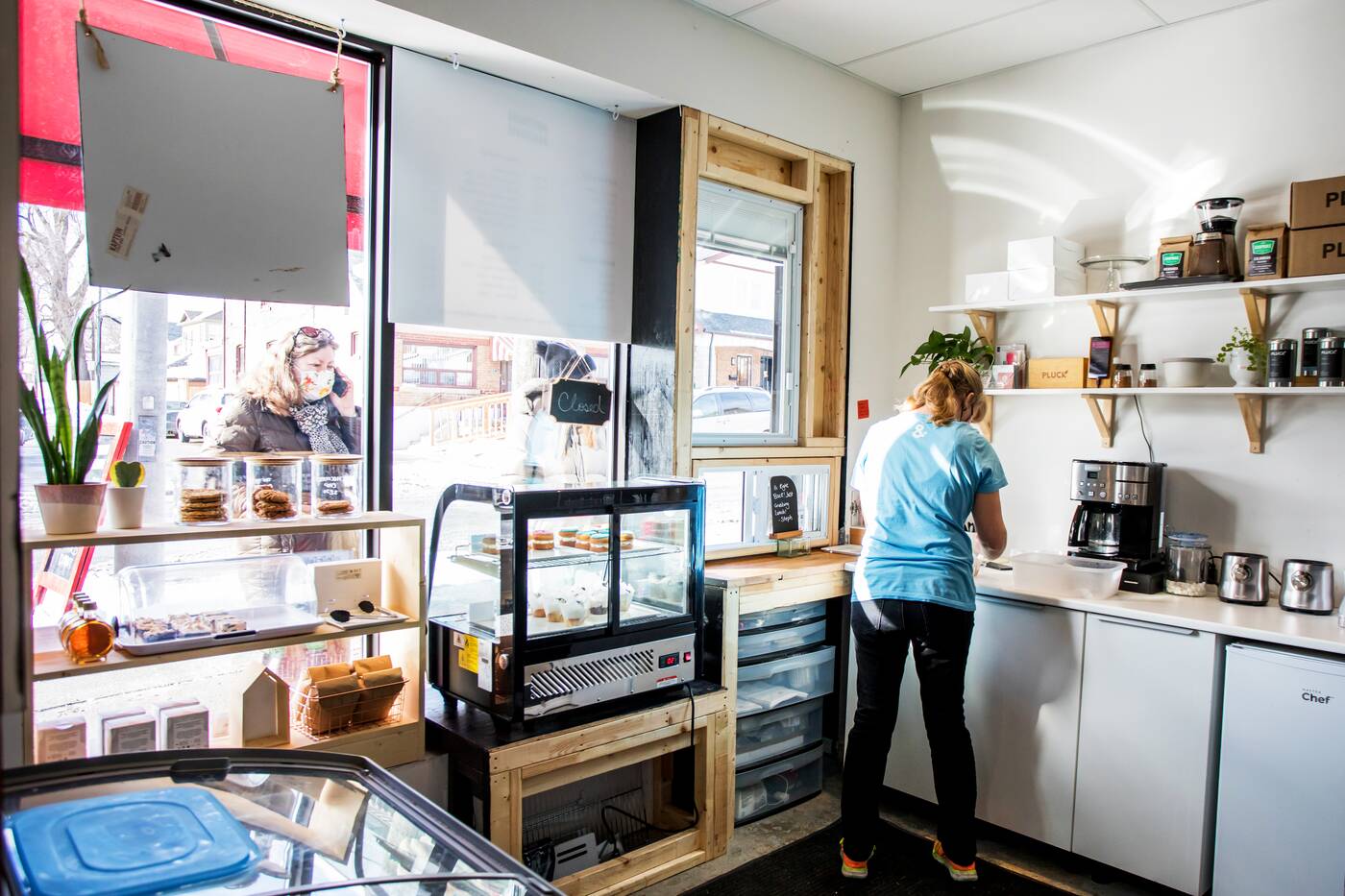 This makes it easy for moms with oversized strollers and dog walkers (there are even dog treats behind the counter for your four-legged friend) alike to quickly grab a snack. 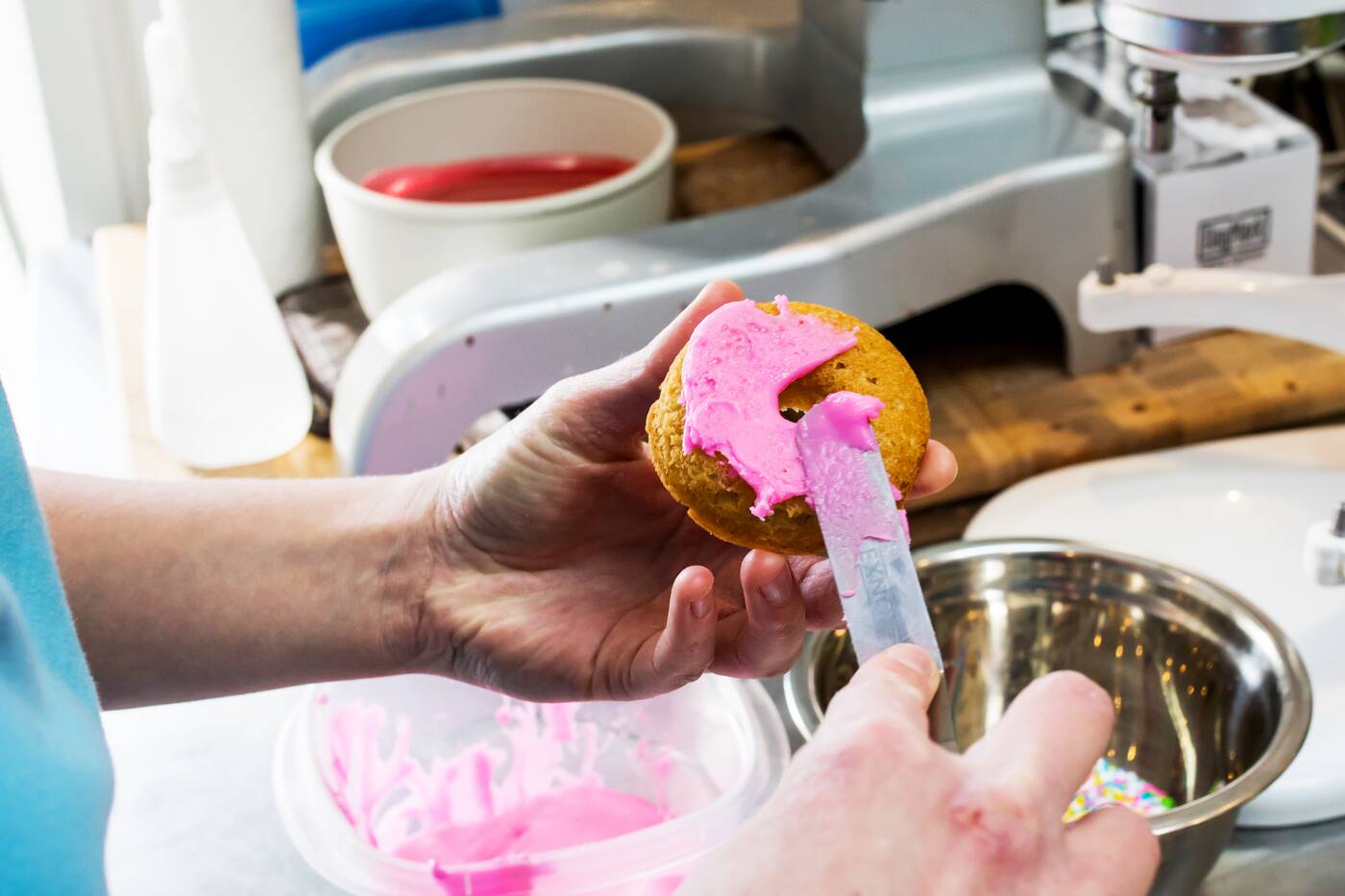 Inside is where all of the sweets are created and baked by the owner, Stephanie Kaptein. The space is shared with The Pop Stand who make handcrafted, and sometimes boozy, popsicles. 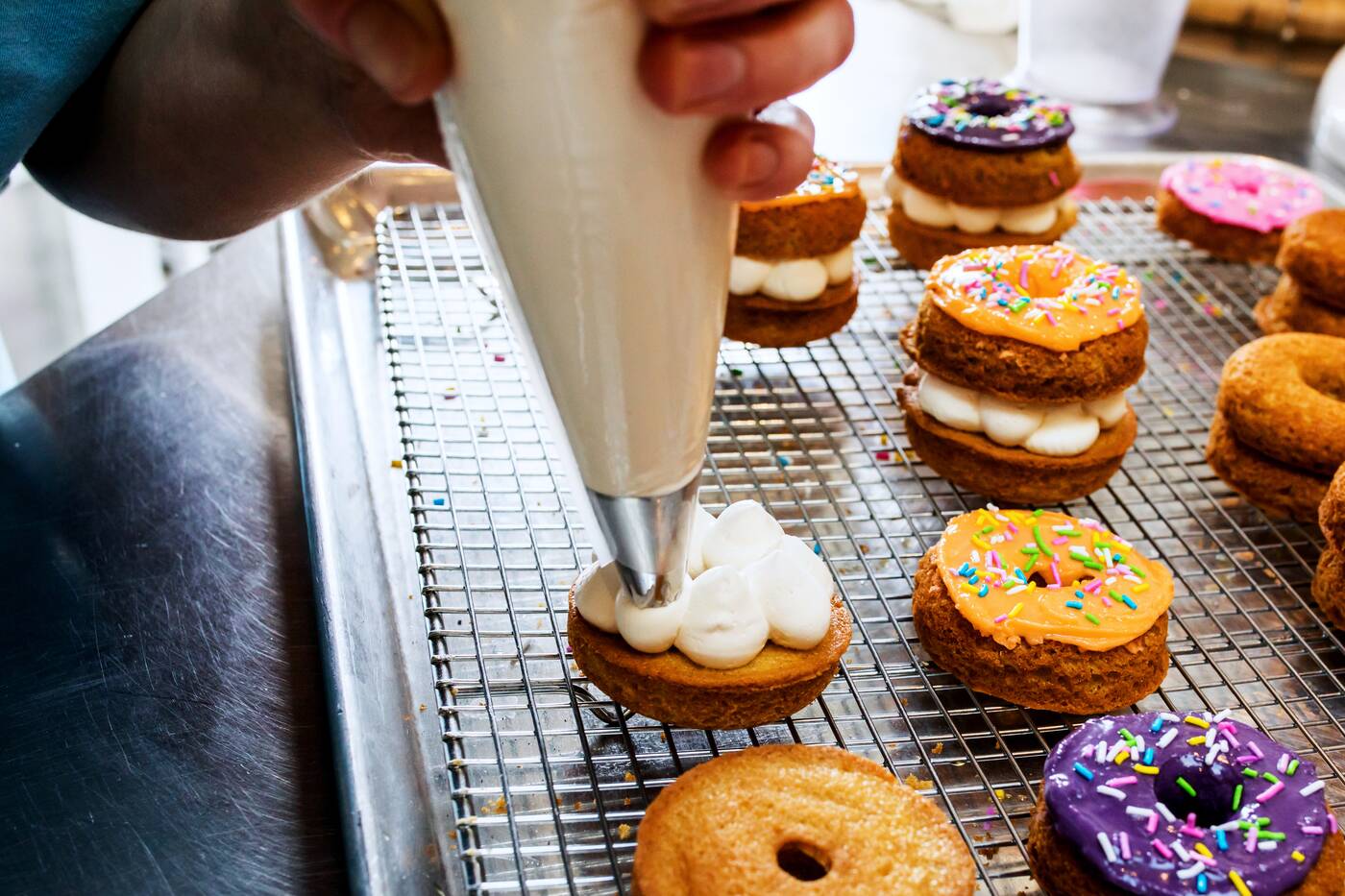 Kaptein used to be spotted all around the city at various markets and can now usually be found here concocting her latest unique flavour or recipe in the kitchen. 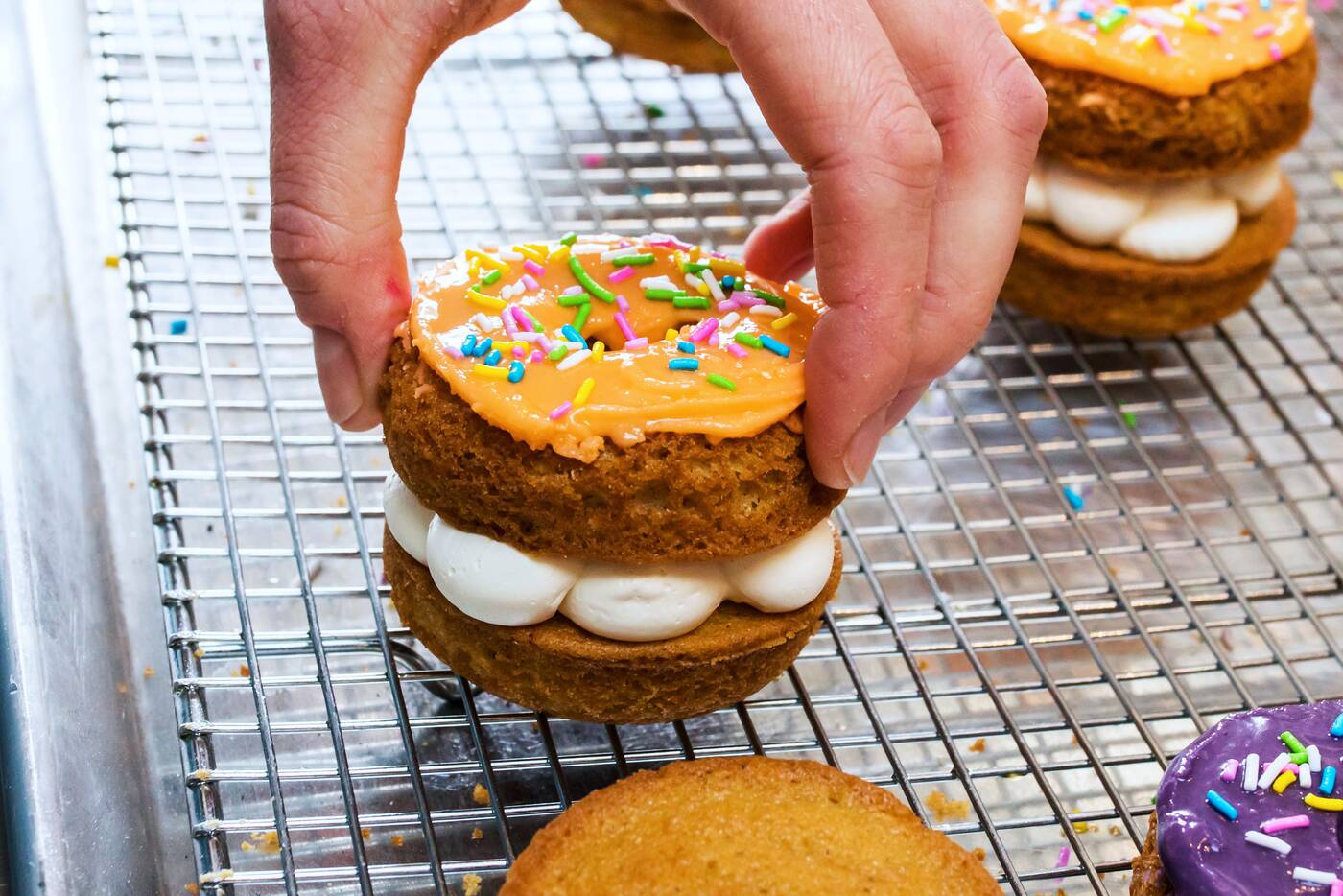 The stacked donuts ($5 each) are colour-coded by flavour with orange for Fuzzy Peach, pink for Strawberry, purple for Root Beer, yellow for Banana Cream, and blue for Classic Vanilla. 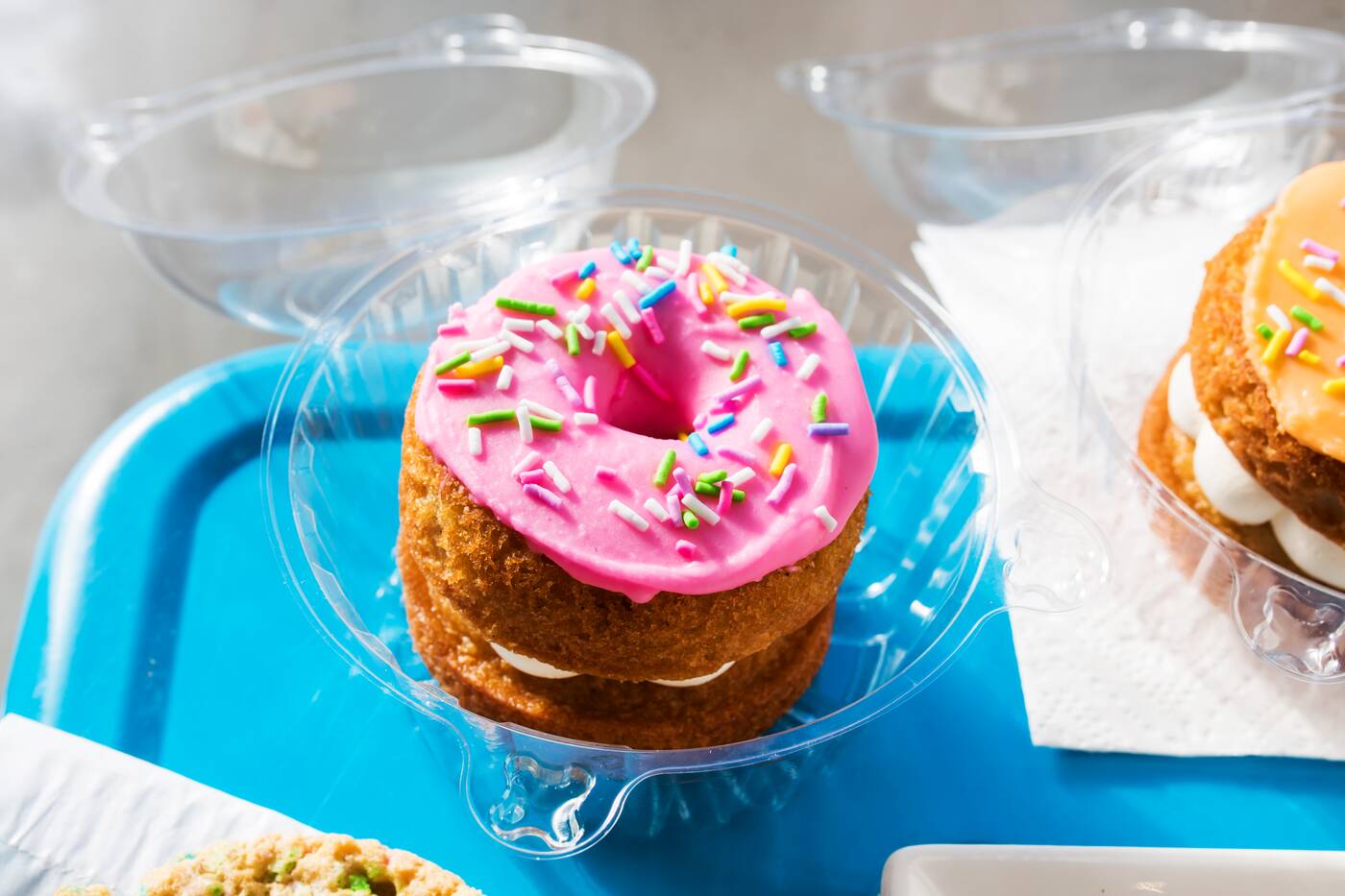 The tasty treat includes two baked donuts (that pack a hint of cinnamon, cause why not) stacked together with swiss meringue buttercream in the middle and royal icing and sprinkles on the top. 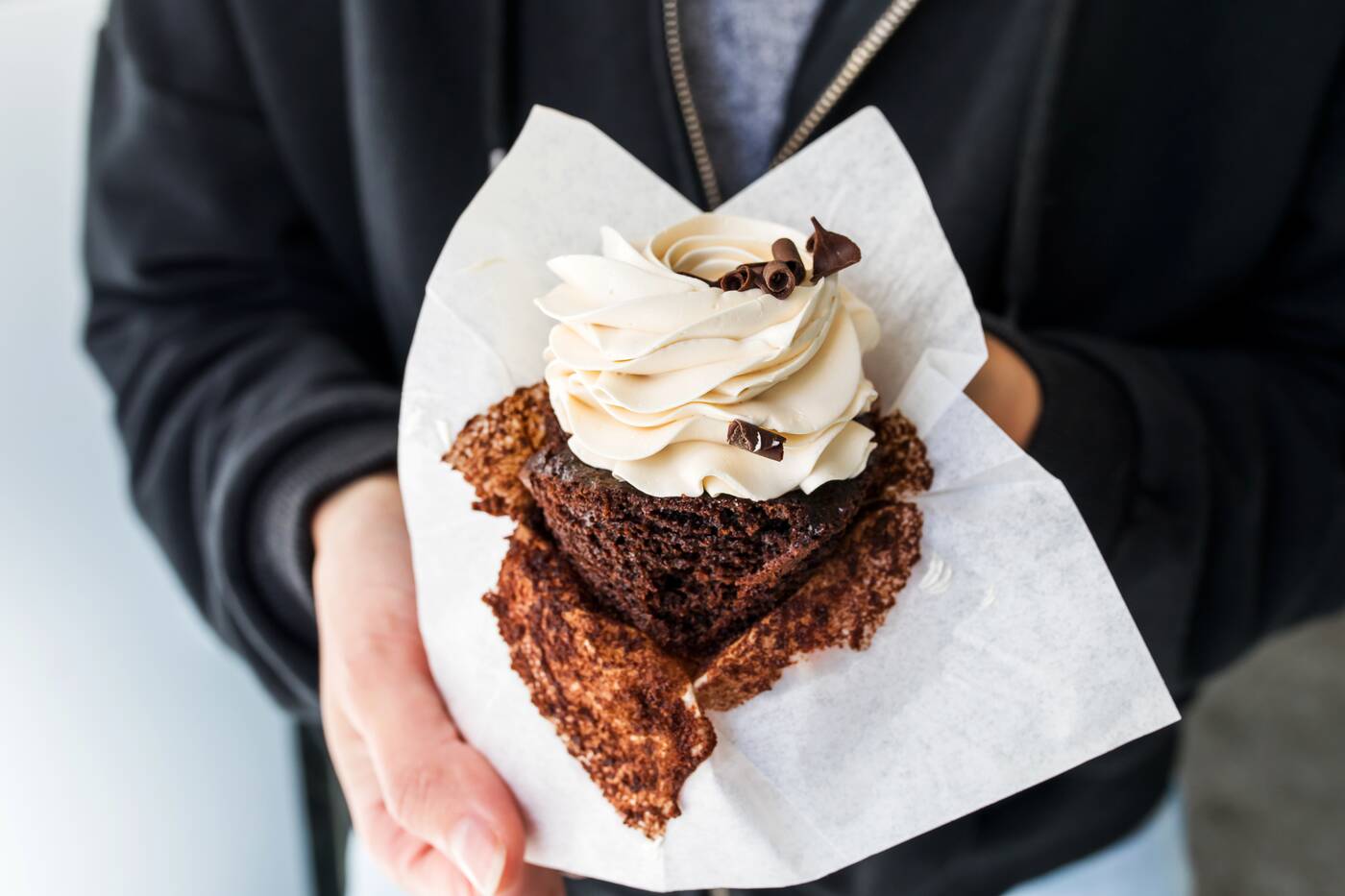 Kaptein's aim is to pair childhood classics with flavours adults crave. Take the Whiskey Chocolate Caramel Cupcake ($3.50 each) as a perfect example.

The chocolate cake is infused with whiskey and topped with salted caramel buttercream. 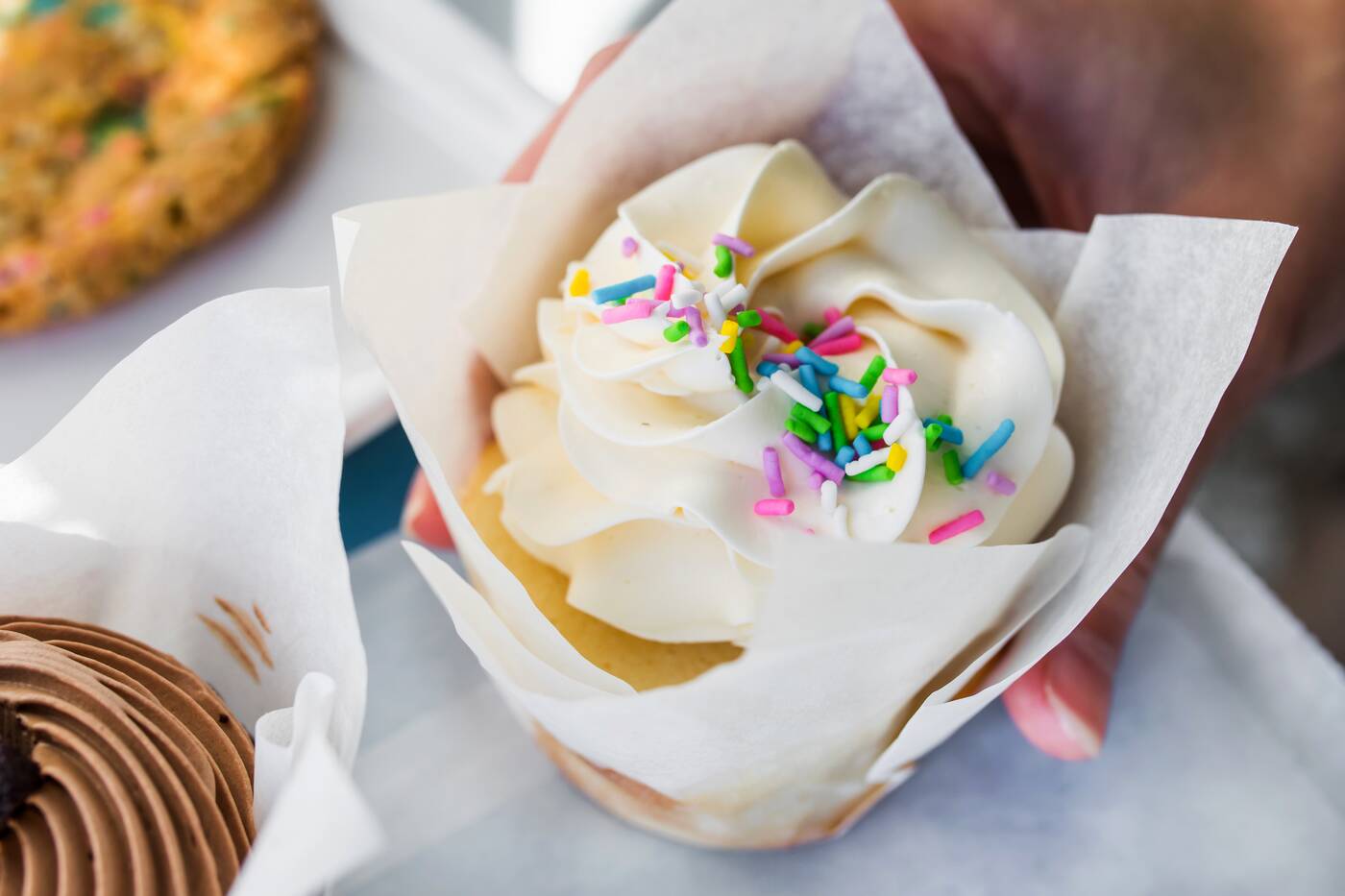 Other flavours include Pink Champagne Vanilla (which is a similar idea to the Whiskey cupcake but with a bit of bubbly instead), Brown Sugar Latte, Double Chocolate, and Vanilla Sprinkle. 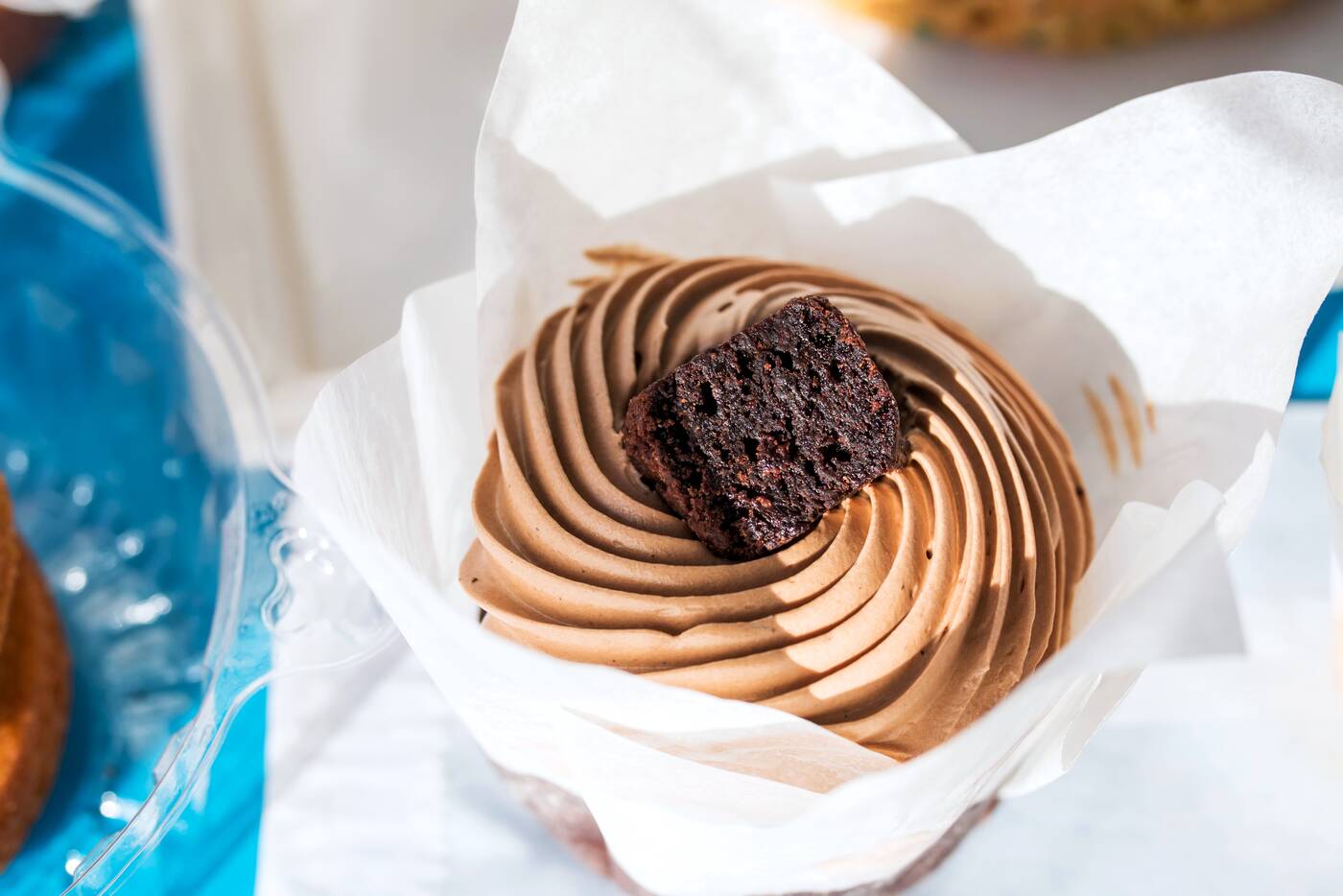 Although they all look incredibly decadent, none of the desserts here go too overboard on the sweetness scale, which is something else Kaptein strives for. 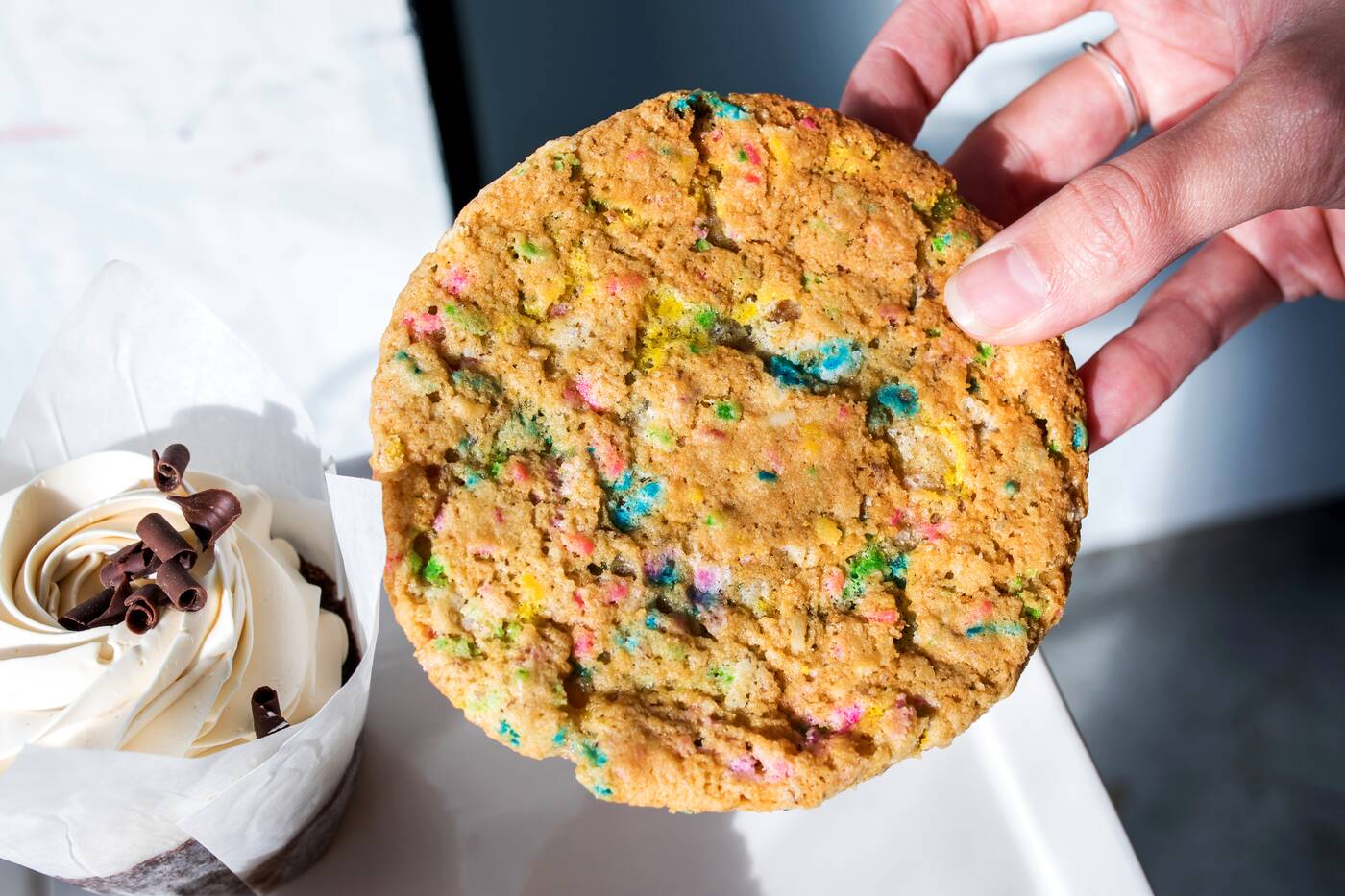 There are also a few cookie options including Chocolate Chip, Toffee Coconut Oatmeal (gluten-free), and Vanilla Sprinkle Cookie ($2.50 each) which is vegan. The sprinkles provide a nice balance of sweetness in this soft cookie. 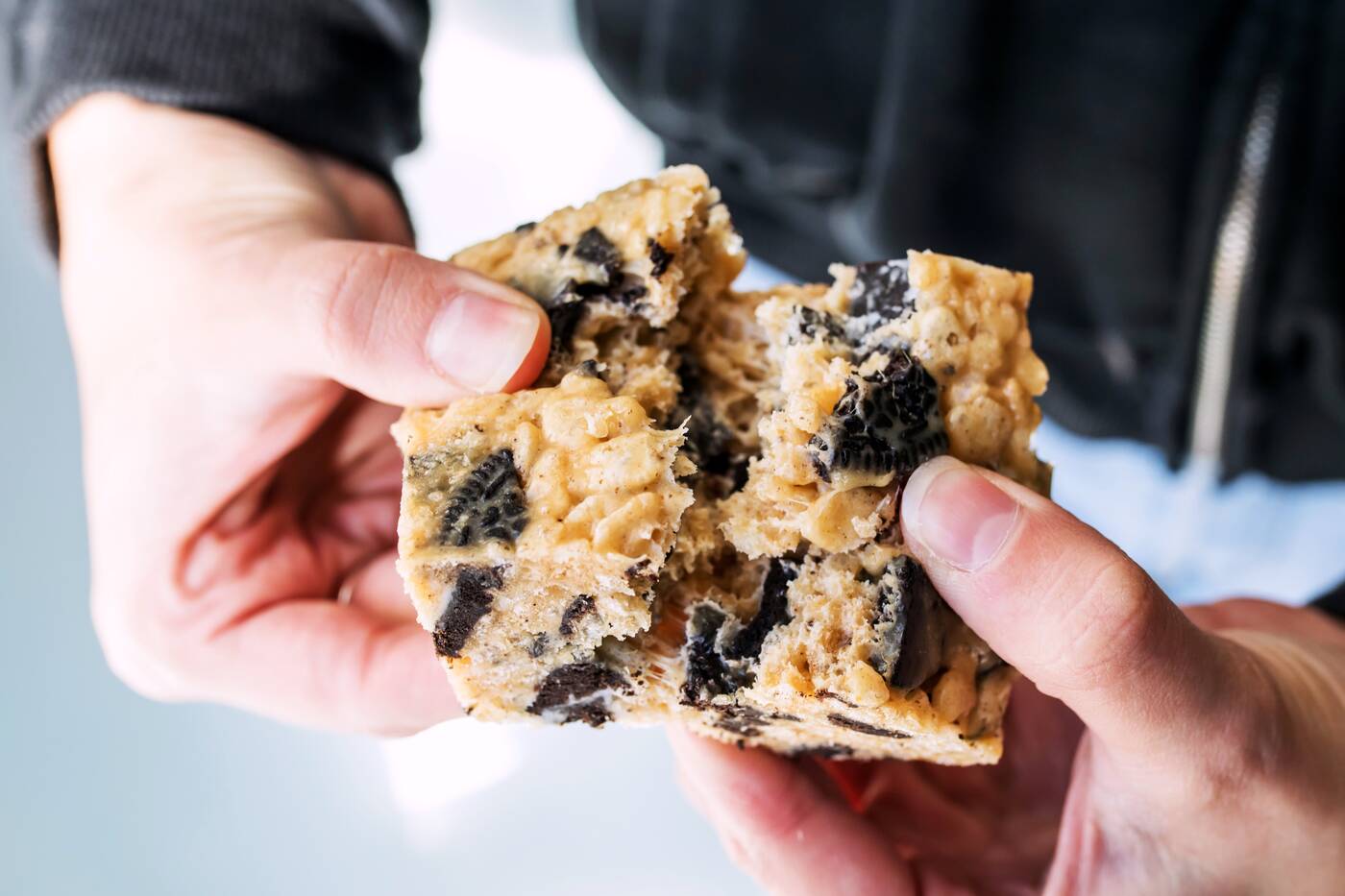 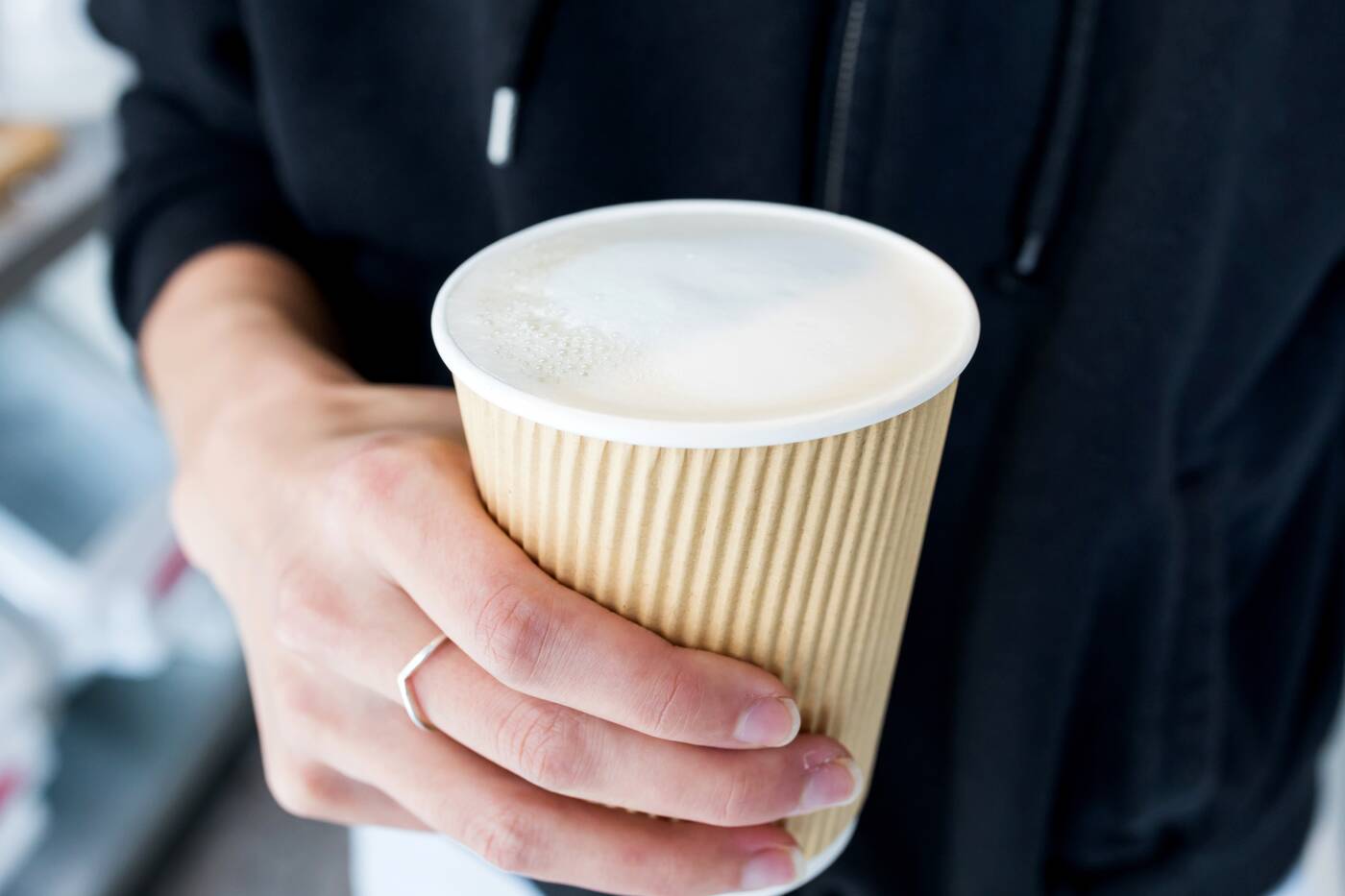 There are also coffee options brewed from Shopbike Coffee Roaster in Bayfield, Kaptein's hometown, as well as Tea Lattes ($4) including a Chai Latte (the concentrate is made in-house) and a London Fog Latte. 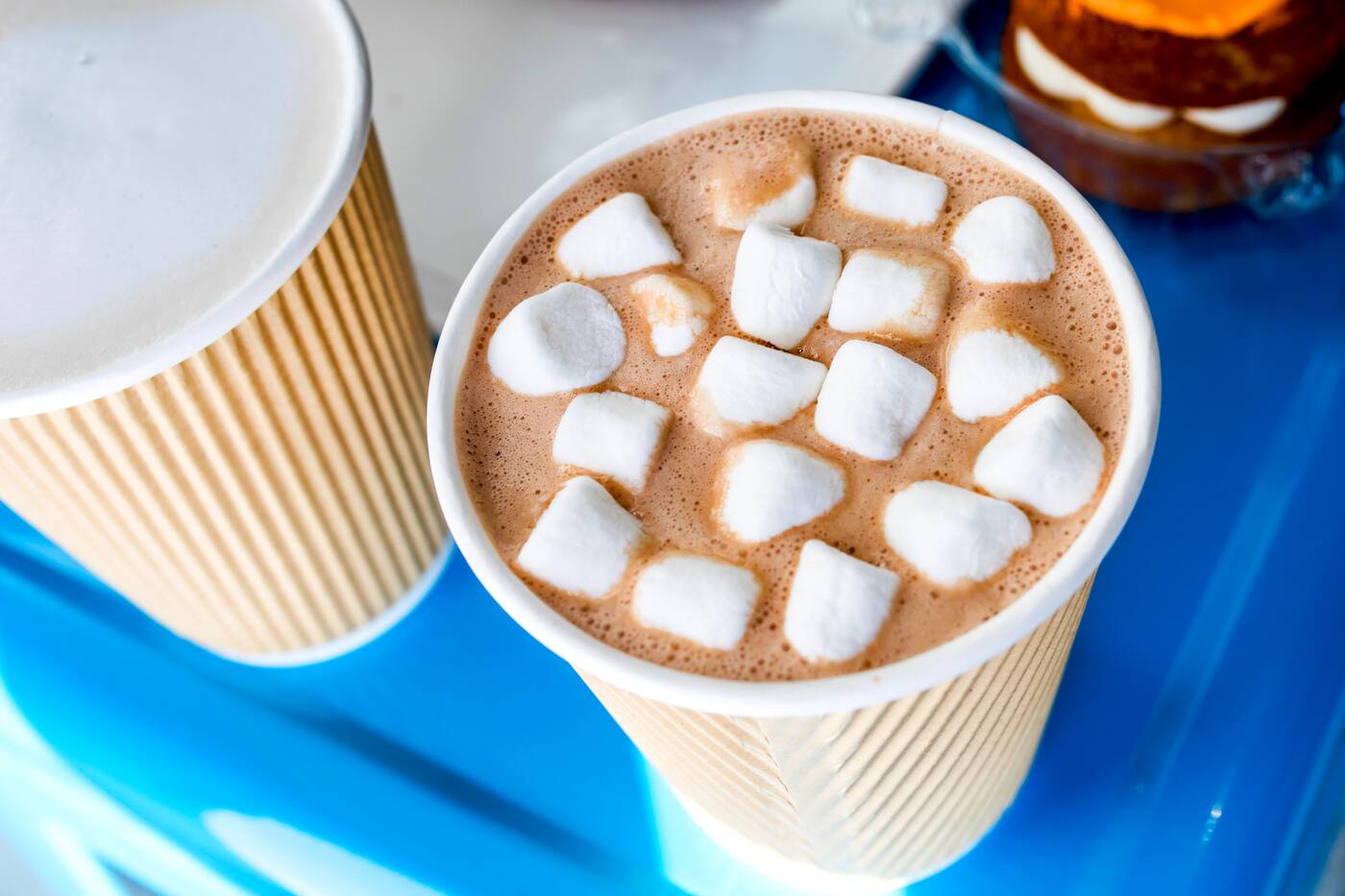 For the kiddos (and the kids at heart), there's also a Hot Chocolate ($4) that's made with milk chocolate and topped with marshmallows.

Besides the orders made at the pickup window, Ampersand Bakehouse does custom cakes for weddings, birthdays, and showers as well as large pre-orders of cupcakes and donuts for kindergarten classes and birthdays. 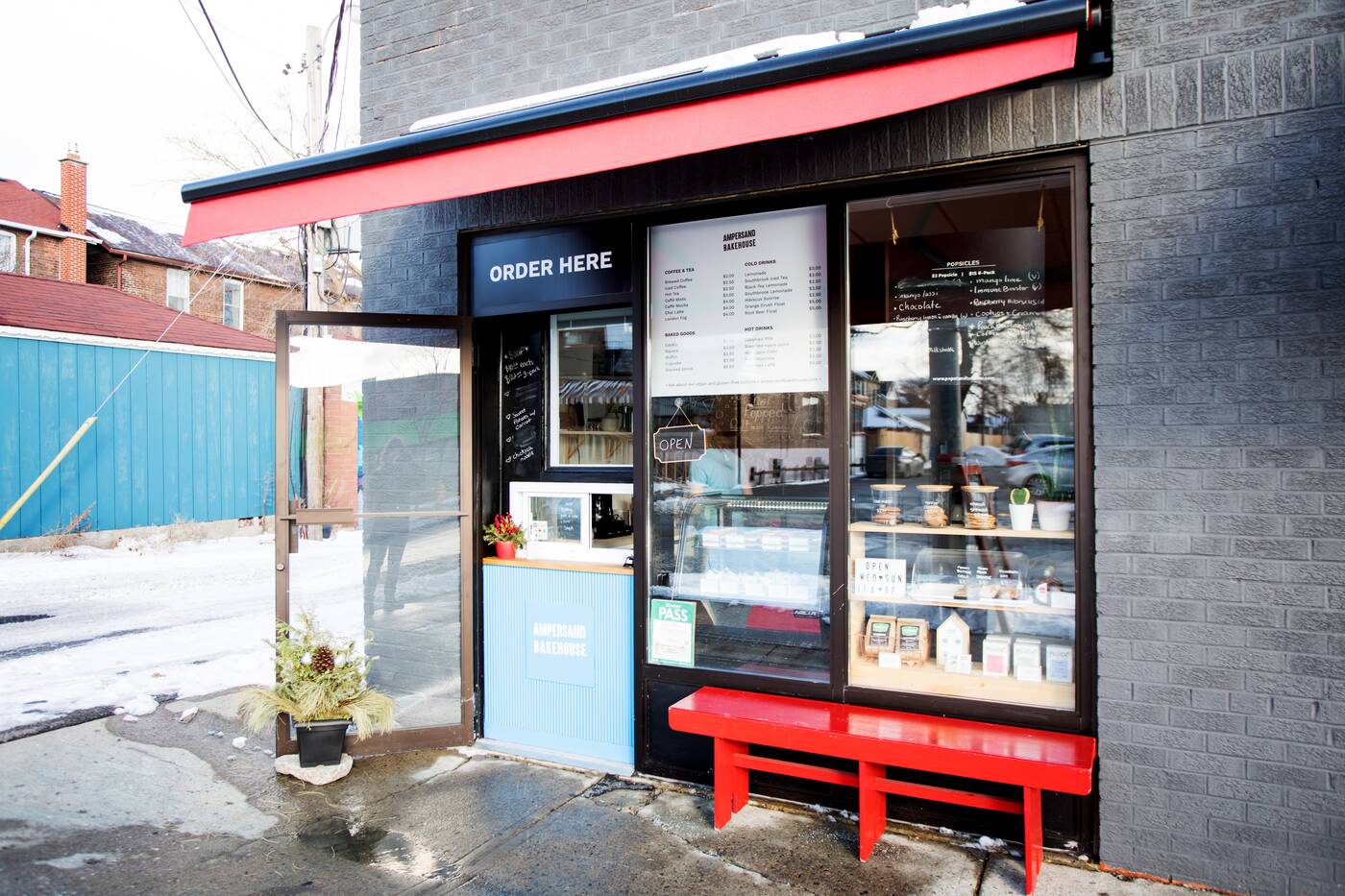 Ampersand Bakehouse has relocated from its 1686b Danforth Ave location profiled to a new space at 1808 Danforth Ave.  Updates to the product lineup include vegan cupcakes, bake-at-home cookie doughs and ice cream. Do note price changes have come into effect where cupcakes are now $4.50 each and cookies are $3 each.

The Best Wedding Cakes in Toronto