Toronto restaurants are now serving their own takes on sub sandwiches, putting their artisan touches on a fast food favourite similar to the way some have with fried chicken and smash burgers.

Like potato rolls and fiery Nashville Hot seasoning, the humble but mighty sub is currently enjoying some time in the spotlight as people look for convenient takeout meals.

Jesse Fader was already riding the smash burger wave at Extra Burger, and has now opened up a sub concept called A1 Submarines. 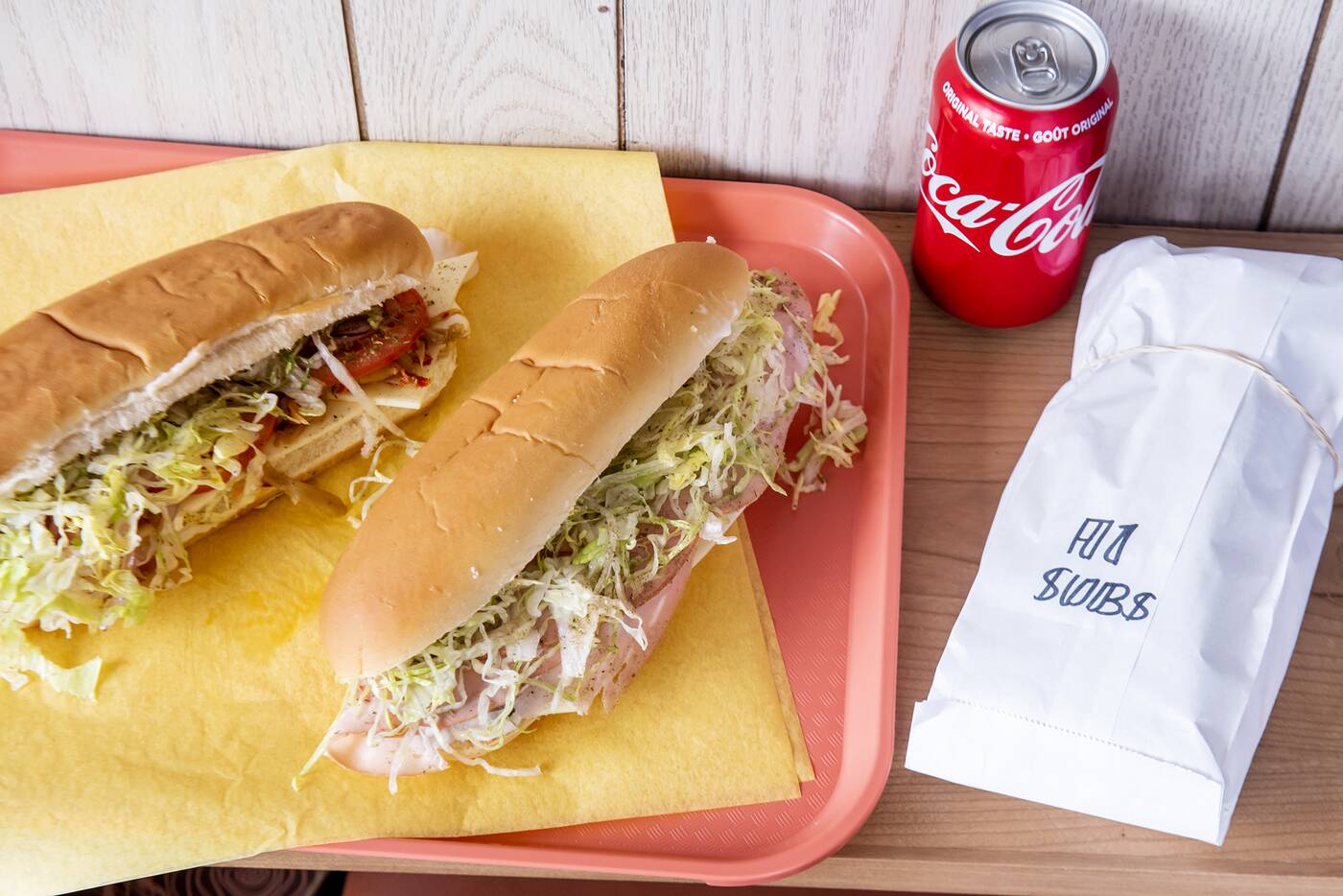 The people behind Extra Burger are now putting more than just beef between buns at A1 Submarines. Photo by Hector Vasquez.

"The world sucks right now, we're selling comfort," Fader told blogTo. "Subs are nostalgic, they're an easy transport to better times. People that come to us are stoked, they get it and are happy to indulge us."

Boucherie, a butcher shop by the people behind Chantecler, started out selling sandwiches when they first opened, and have now made a return to serving sammies with a more unified oblong feel.

House roast beef and Italian hoagies are now available for delivery from them through Skip The Dishes for the first time.

"There has been a real dearth of decent bodega type sandwiches in Toronto," Jacob Wharton-Shukster of Boucherie told blogTO.

"In the same way that soft-style burger buns have become de rigeur, big ol' long and not hard sub-style buns have taken over Toronto, possibly because they are easy to eat. Everyone is eating on the go these days, I find myself often eating in my car."

Boucherie and Extra Burger could be seen as pivoting to subs in a way, but Lambo's Deli always dealt almost exclusively in this style of sandwich, exploding onto the Toronto scene during the pandemic.

Justin Leon of Lambo's agrees with Wharton-Shukster that it's not as easy to find a good sub here as in some other cities.

"I'm a metal musician and every time I visited New York City, either to play a show or visit friends, my mind was blown by how accessible a decent sandwich was at almost every corner bodega.

I created Lambo's Deli & Grocery to serve up a similar experience to Torontonians," Leon told blogTO.

"Prior to the recent sandwich boom, there were only a few independant deli/sub places in Toronto, whereas sandwiches are considered a culinary staple in most other major North American cities.

"The pandemic also amplified the need for comforting take-out food that travels well, and what's more comforting than a beautiful submarine sandwich?" 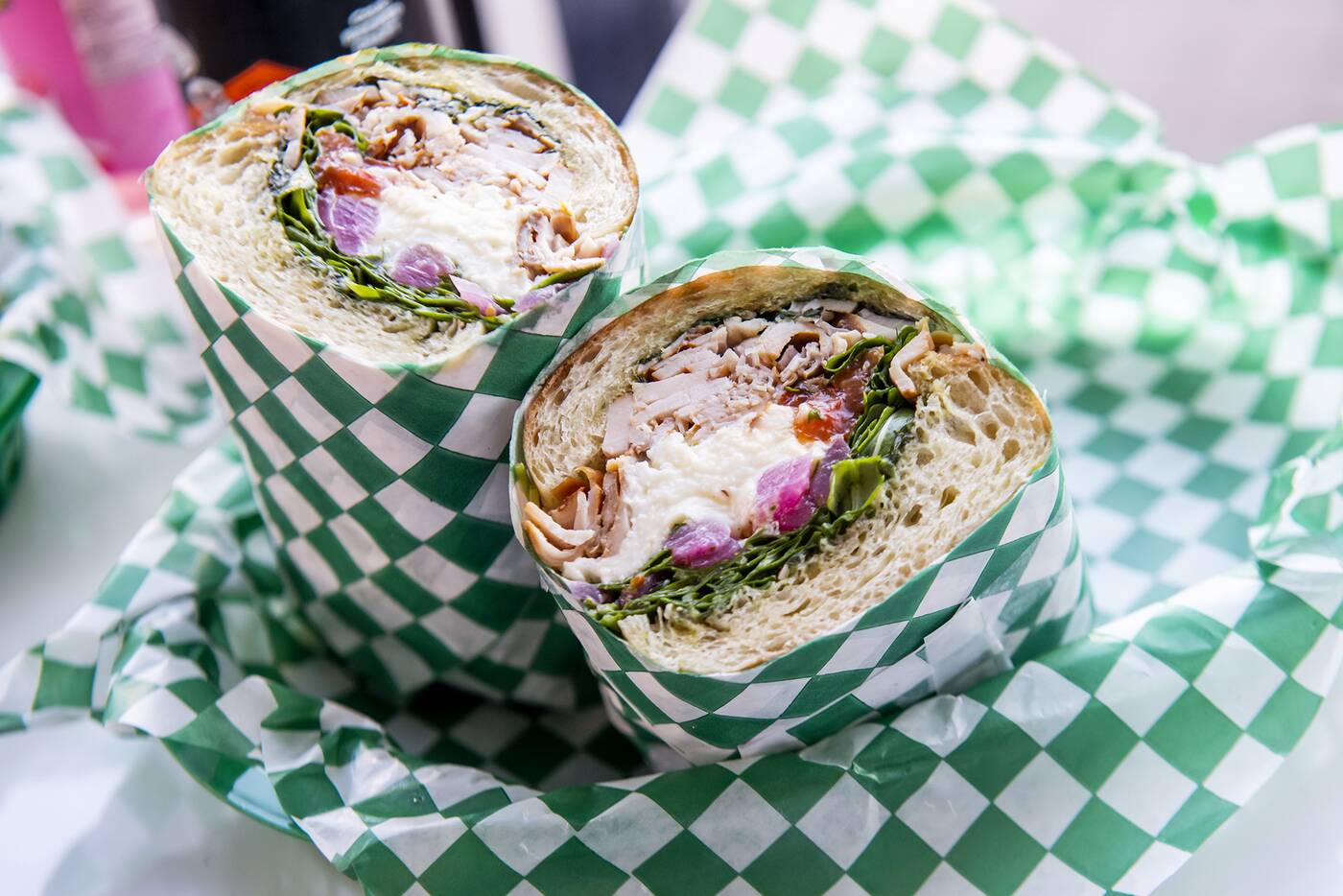 While these subs are certainly easy to eat in your car the way you would when on a road trip or during a lunch break, these cold cuts and buns are a far cry from Subway's questionable bread and meats.

Packing a sandwich with high-quality charcuterie drives prices up, but it's worth it.

"I'd been gradually working on the menu for years, tasting my way through the greatest hits of North American delis and bodegas, ruminating over what makes them unique and then synthesizing that knowledge to create the Lambo's menu," says Leon.

"Every component of a Lambo's sub has been scrutinized and tweaked to make sure every bite is as delicious as possible.

"When I hear positive reviews from our customers, it truly makes my heart happy to know that my mission to bring the deli/bodega experience to Toronto has come to fruition."

With more than enough restaurants now putting their own versions of deli sandwiches and subs on menus in Toronto all the time, it's safe to say the classic sub has found firm footing here. Now it's just a matter of finding your favourite.