The name Extra Burger is a bit of a pun seeing as there’s not much “extra” on their menu of barely four items. 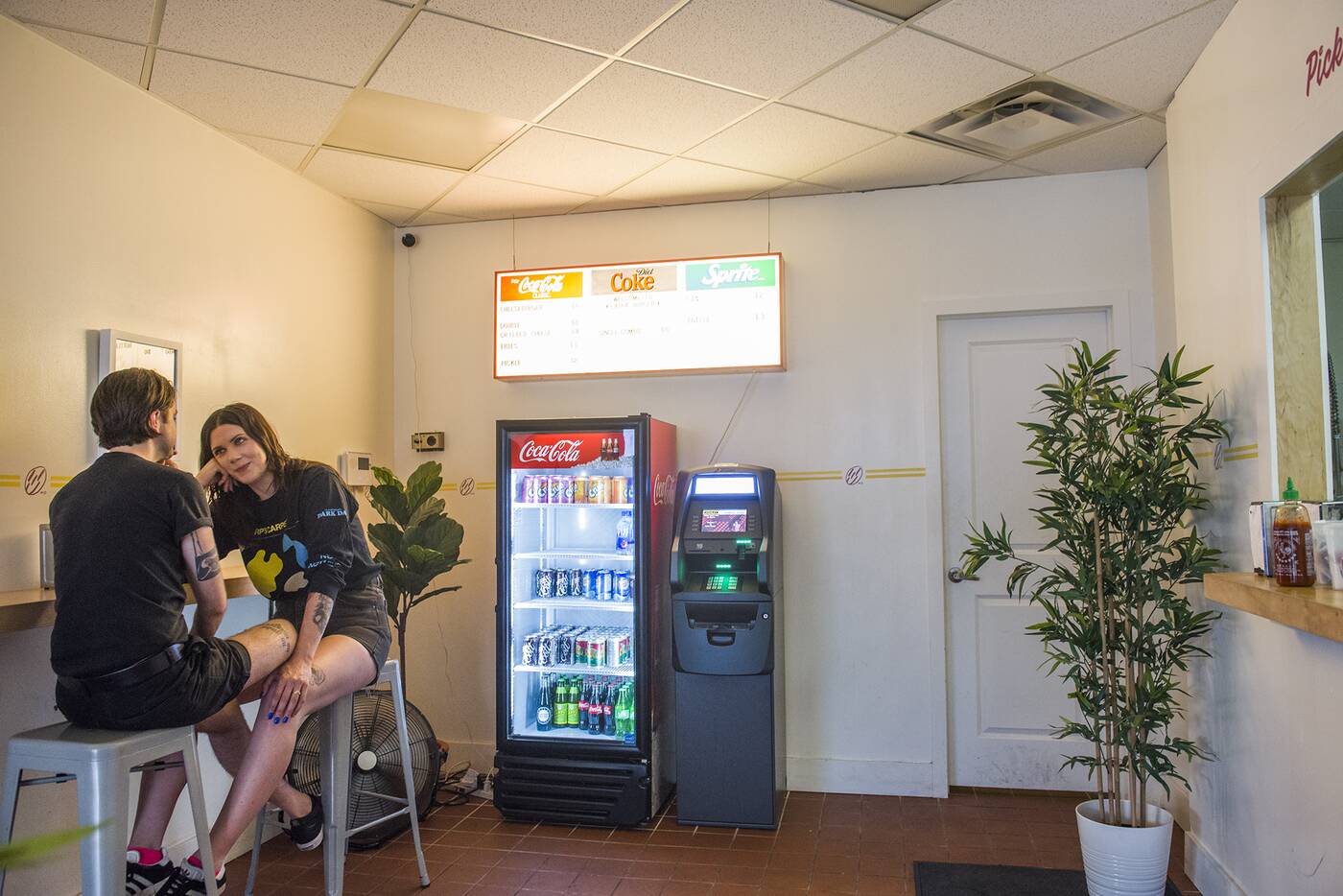 The eccentric slanted space was actually once home to a walk-in clinic, and there’s still a cheeky, cheesy clinical feel with fake plants. 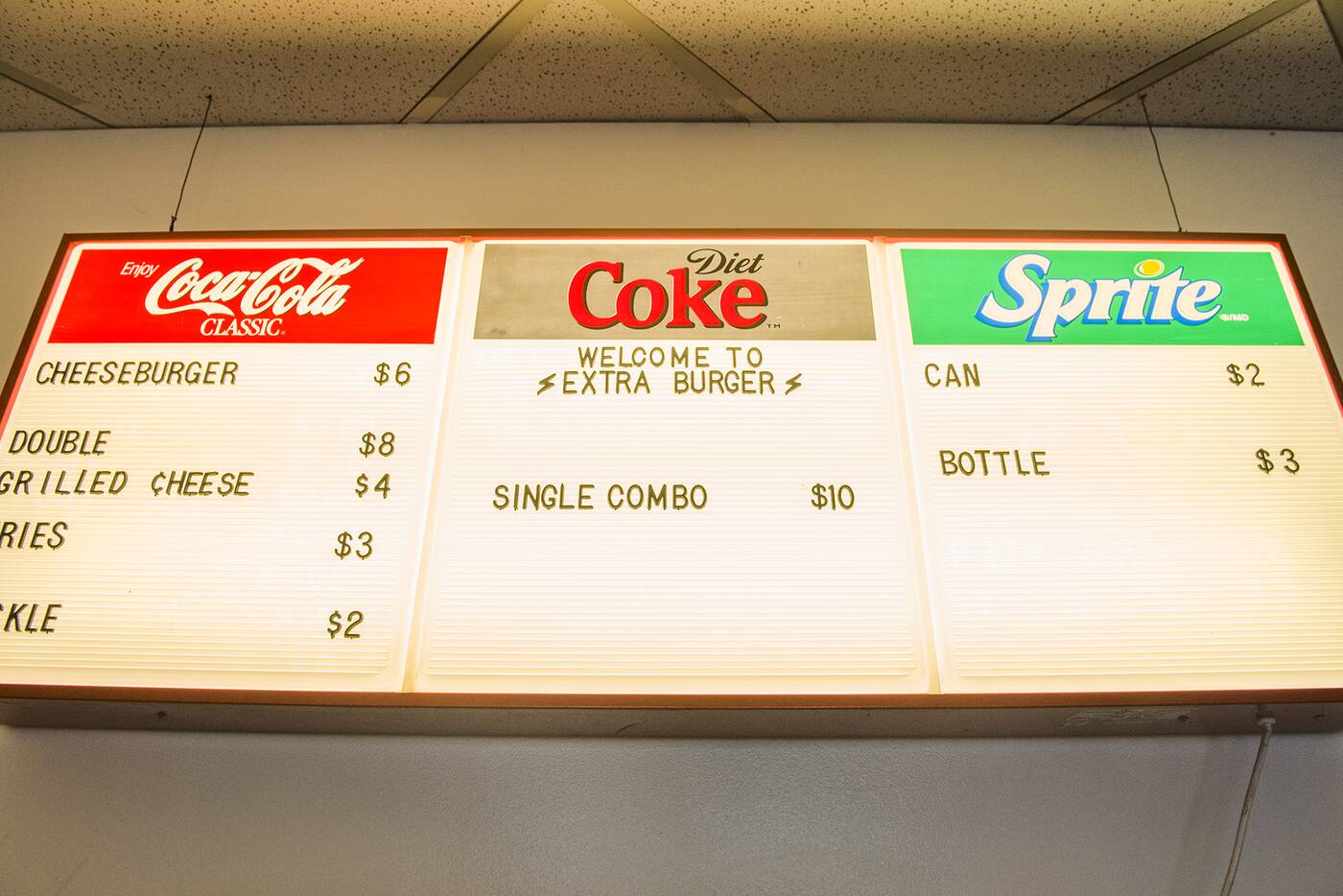 The rest is all understated cool with neon, a backlit menu and what can only be described as burger portrait photography on the walls. 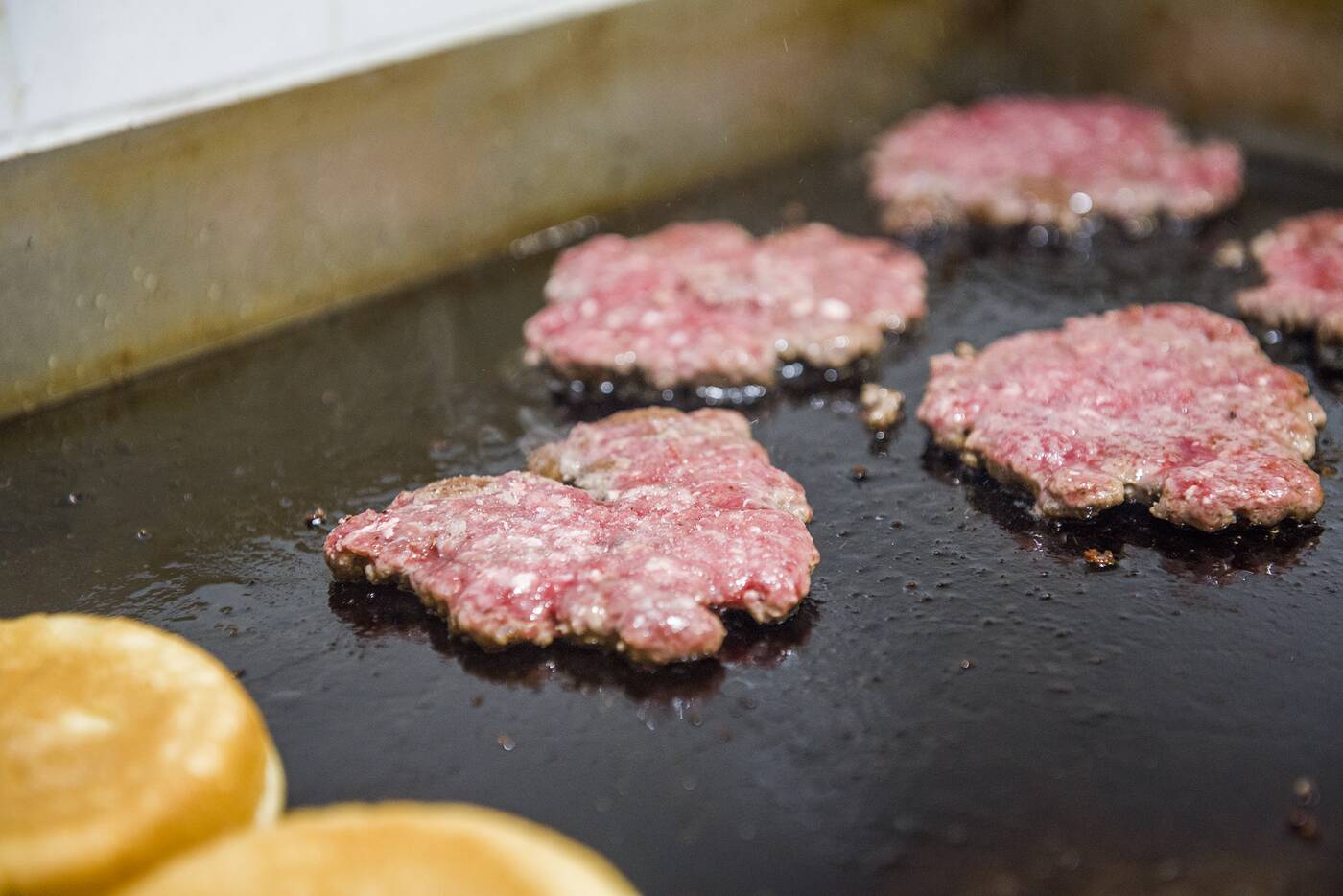 The style here is straight up old school smash burgers grilled on a flat top visible from the takeout window, three ounce patties of ground chuck seasoned with kosher salt. 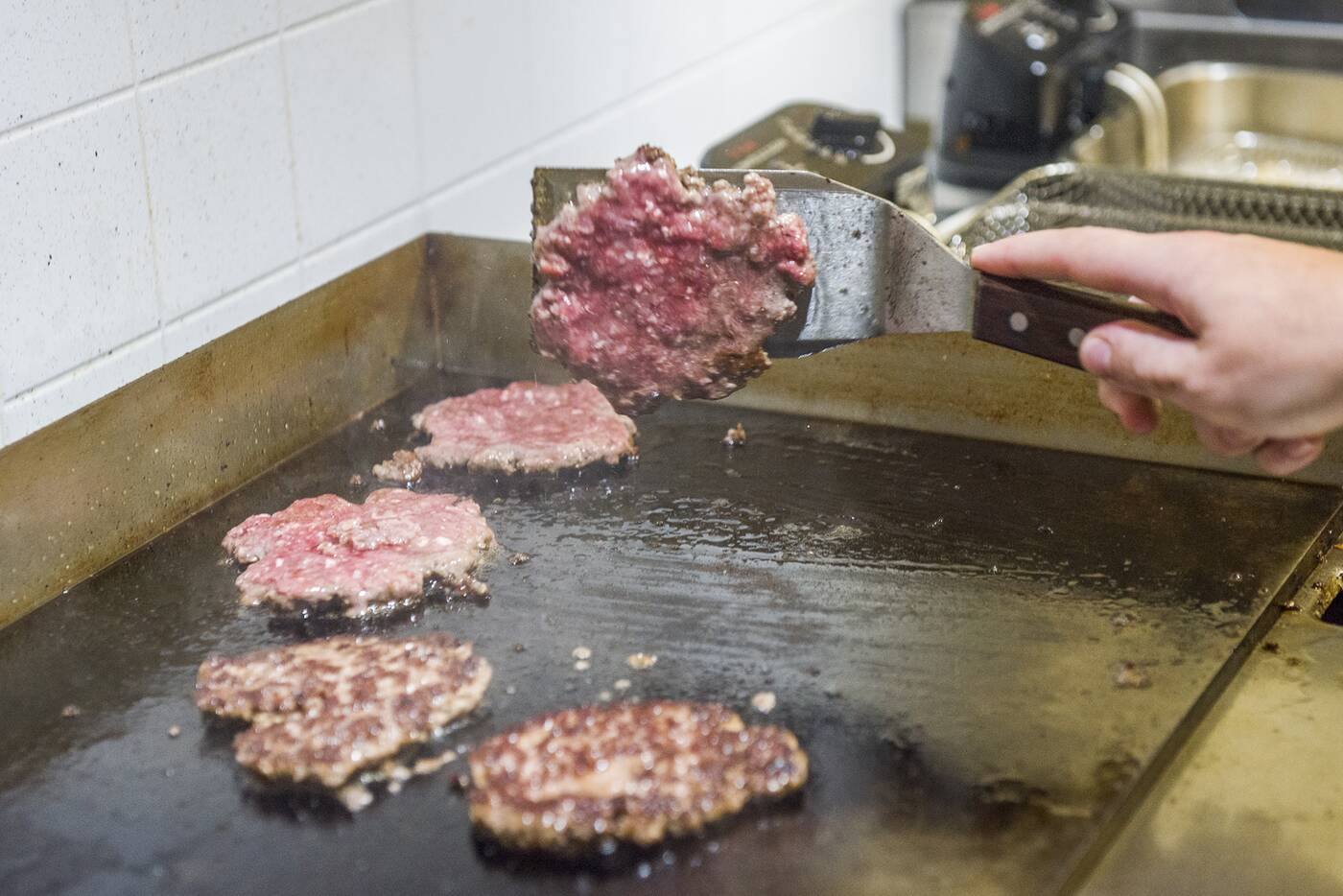 They’re not really trying to imitate any particular kind of burger from a certain region or restaurant, just generally adhering to the hard and fast rules laid down by food guru Anthony Bourdain on what a burger should be. 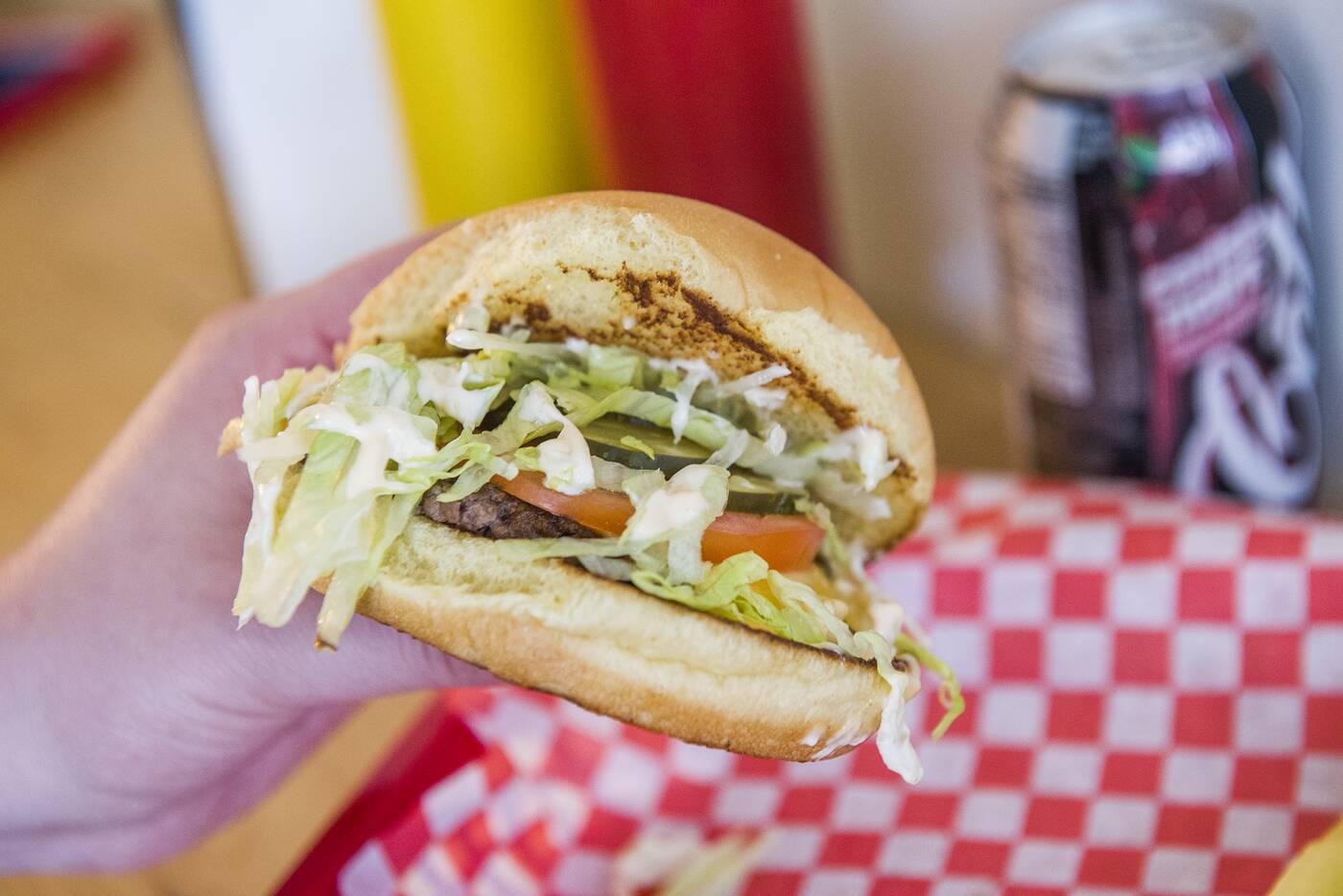 The cheeseburger ($6) comes with American cheese, kosher pickle, tomato, thinly shredded lettuce and special sauce, on an obligatory squishy Martin’s potato roll toasted on the grill. Apparently toppings were hammered out over about a year of tweaking burgers in backyards. 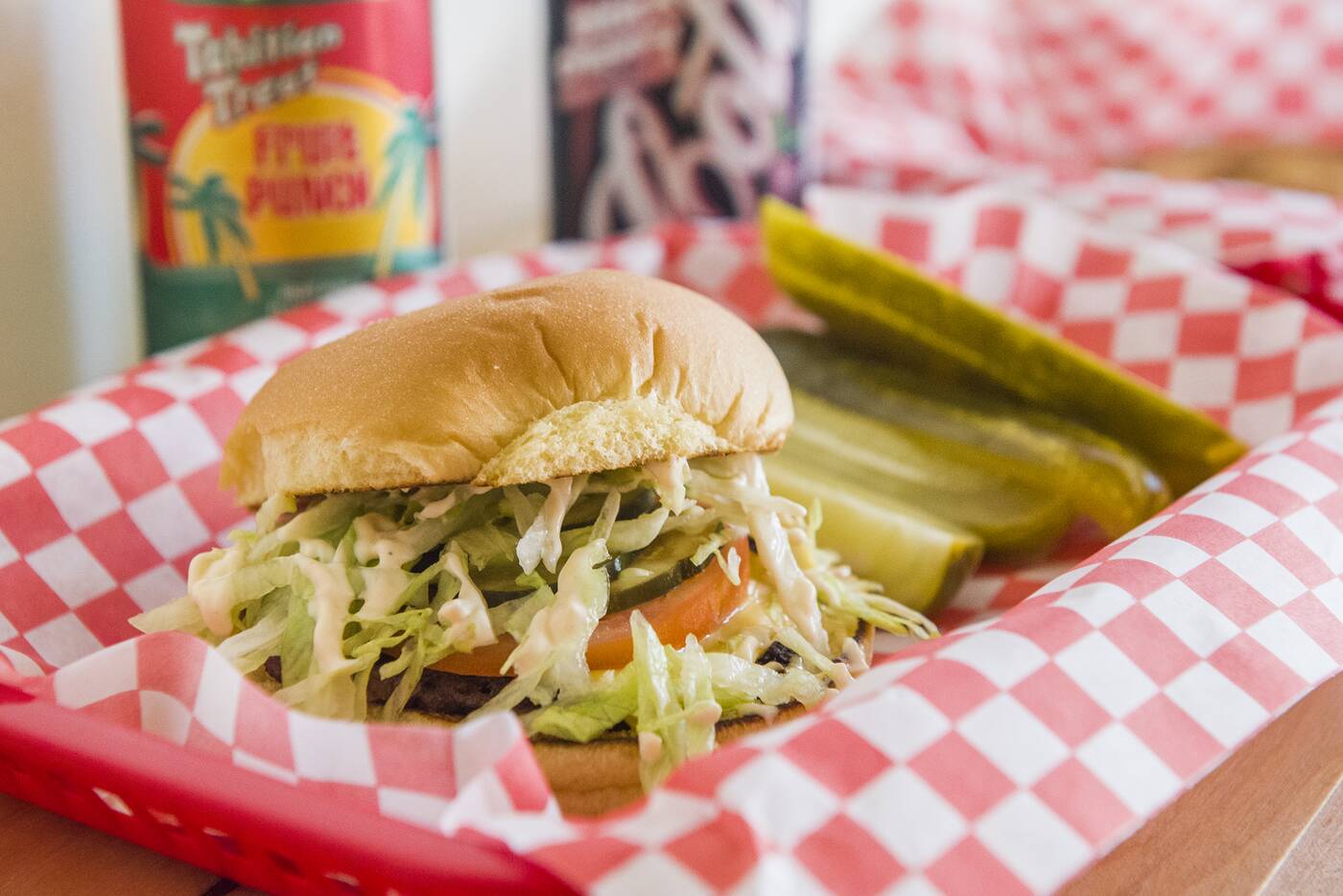 Shredding the lettuce was intended to create a more enjoyable mouthfeel experience, and onion was purposefully omitted in the name of sheer tastiness. I personally love the flavour of an aromatic tangle of thinly sliced grilled onions but I love a good pickle too and there’s lot of that acidity here.

Cheese alone would be just as appropriate as a topping, and ketchup and mustard sit on ledges should you want to make tweaks of your own. 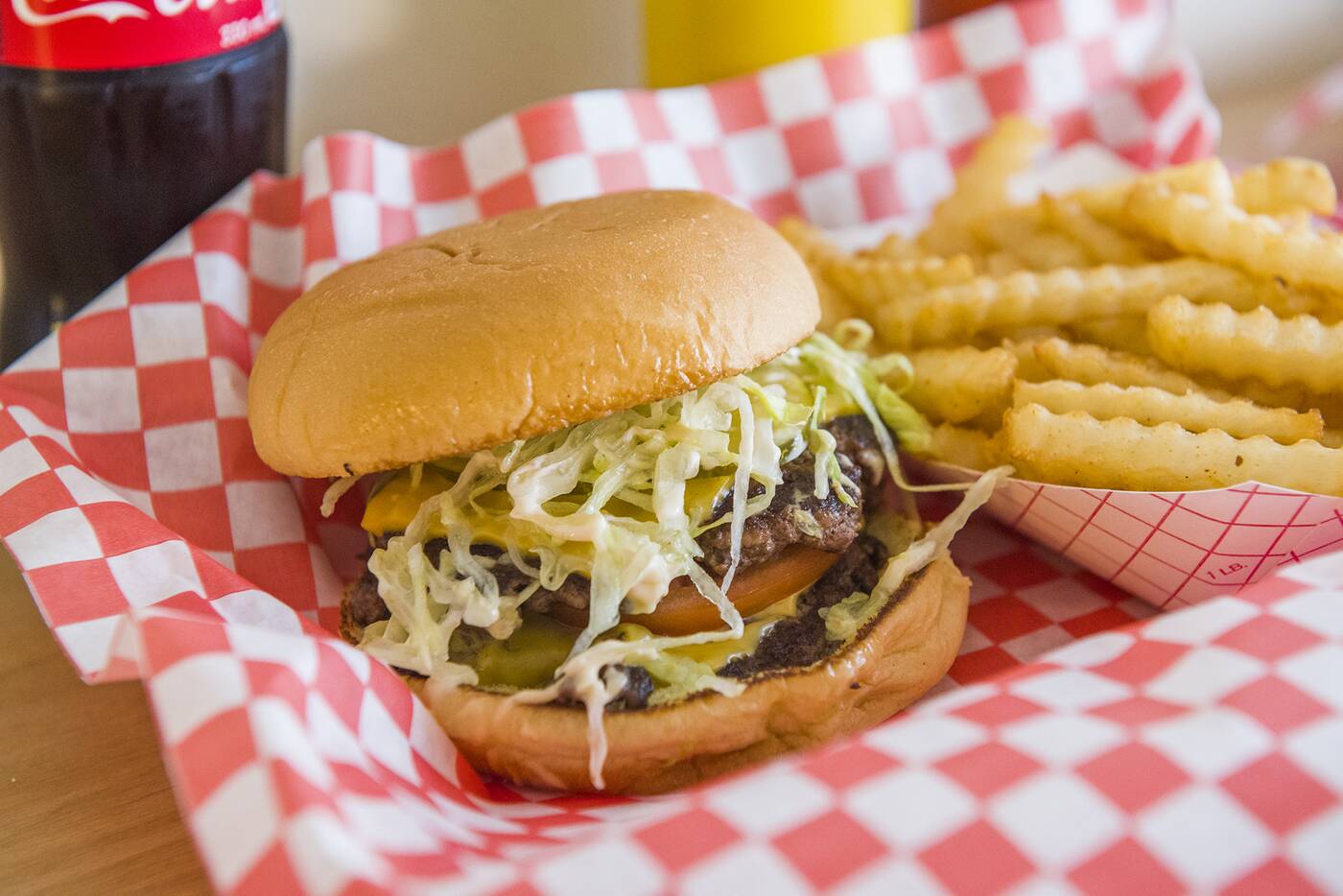 The double cheeseburger ($8) is just as easy to lift one-handed, and despite cheese being melted onto both patties you get a lot more meaty chuck flavour than the single. 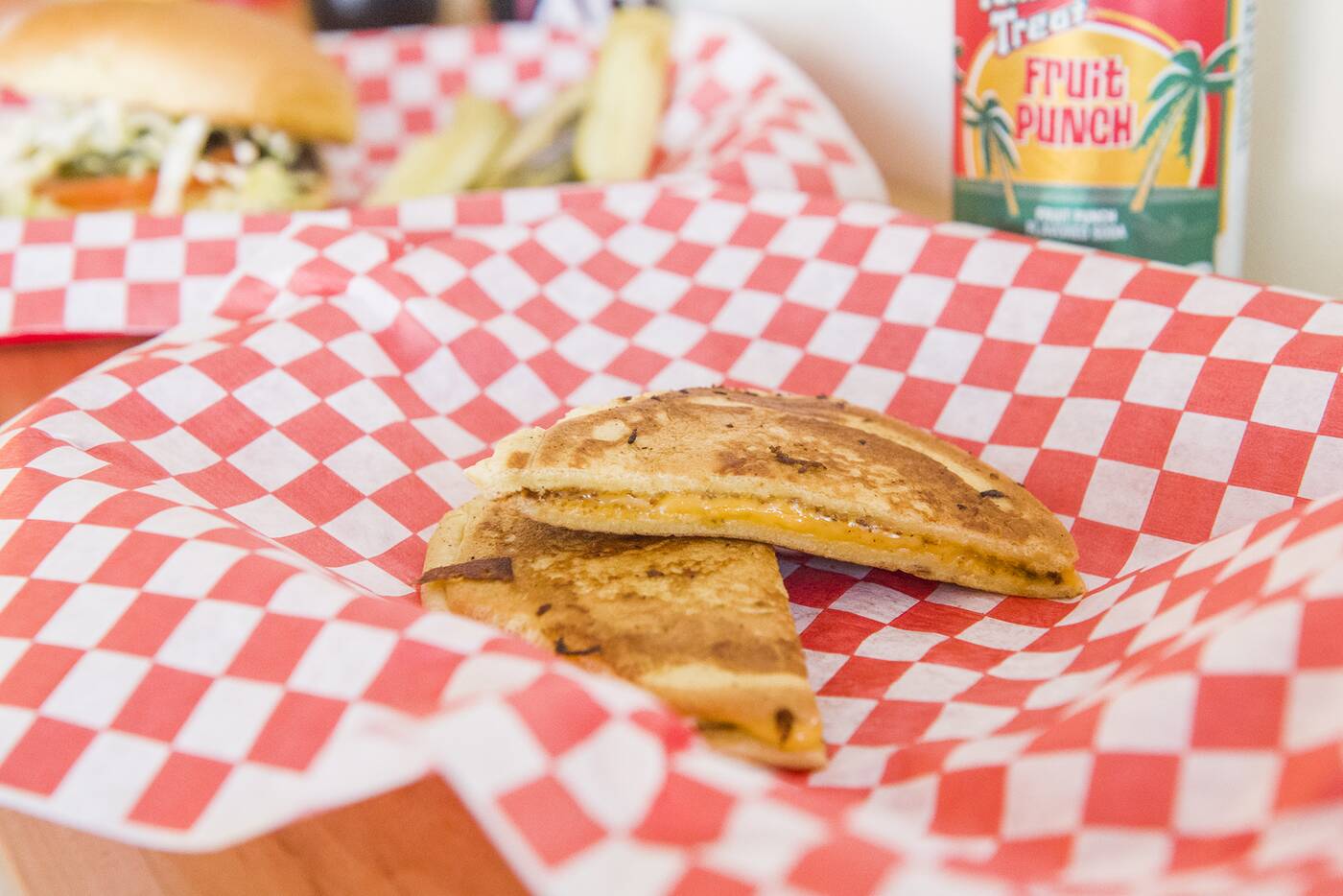 A grilled cheese ($4) is sort of a gimme item, just American cheese smashed between a potato bun. It’s nice there’s an option for those who don’t eat beef, but if you do, just order a burger: they’re super crushable anyway. 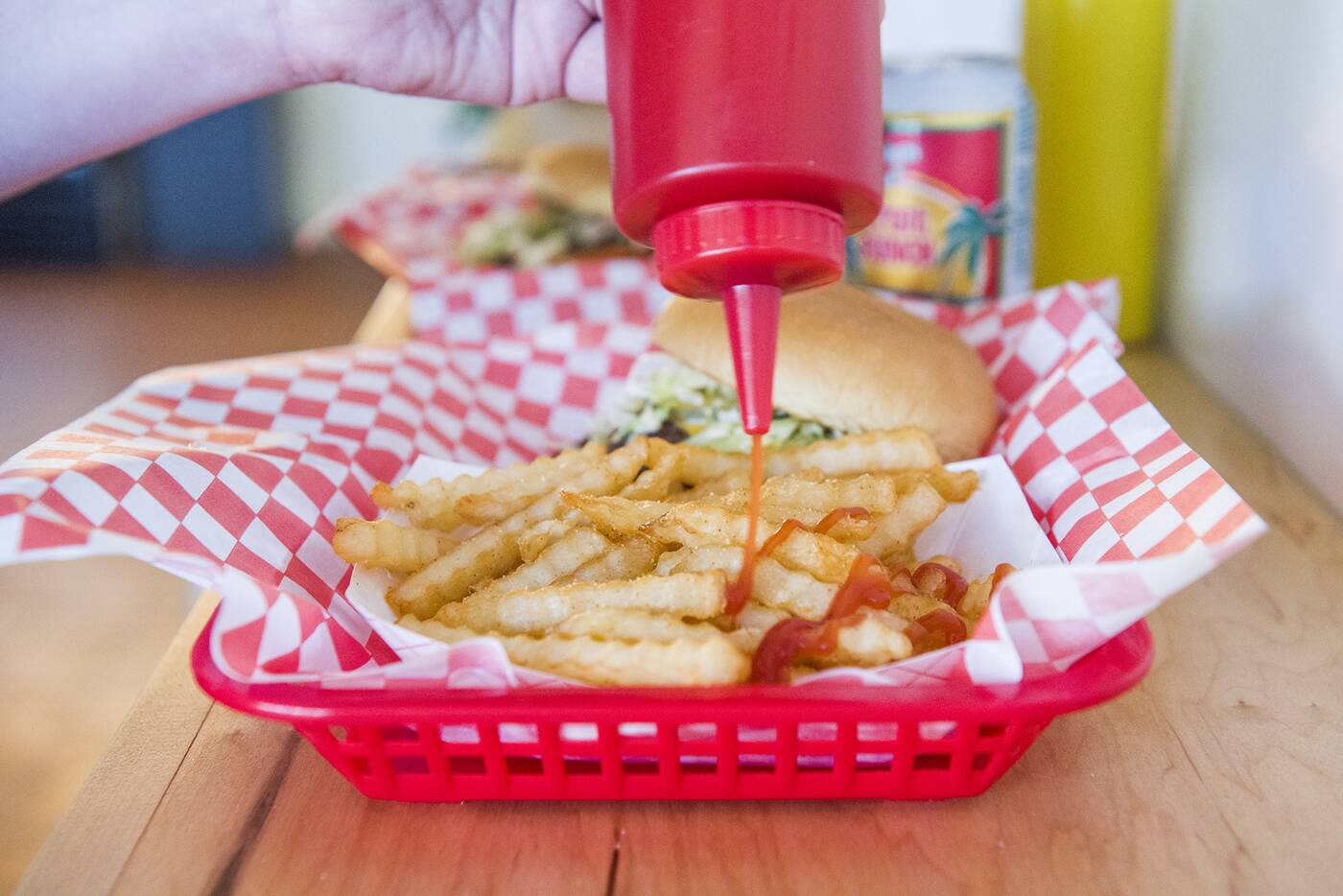 Crinkle fries are the typical side, $3 on their own, a combo with fries, a burger and a can of pop going for $10. They’re given a hit of seasoning salt with some paprika and red spices that makes them extra addictive. 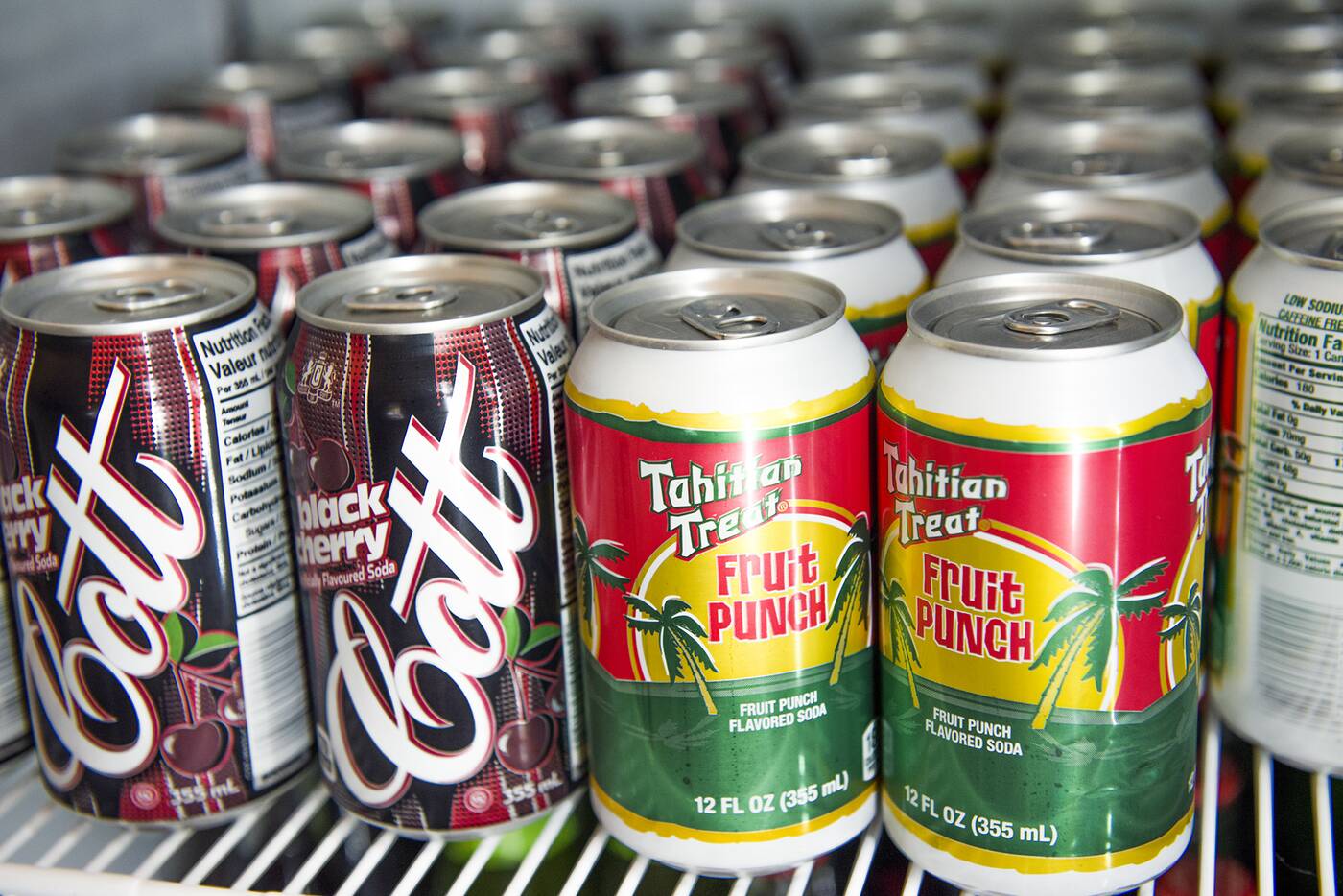 You can also go for pickle on the side for $2, more of an homage to Montreal delis than anything else. Cott’s black cherry soda ($2) is a similar tip of the hat. 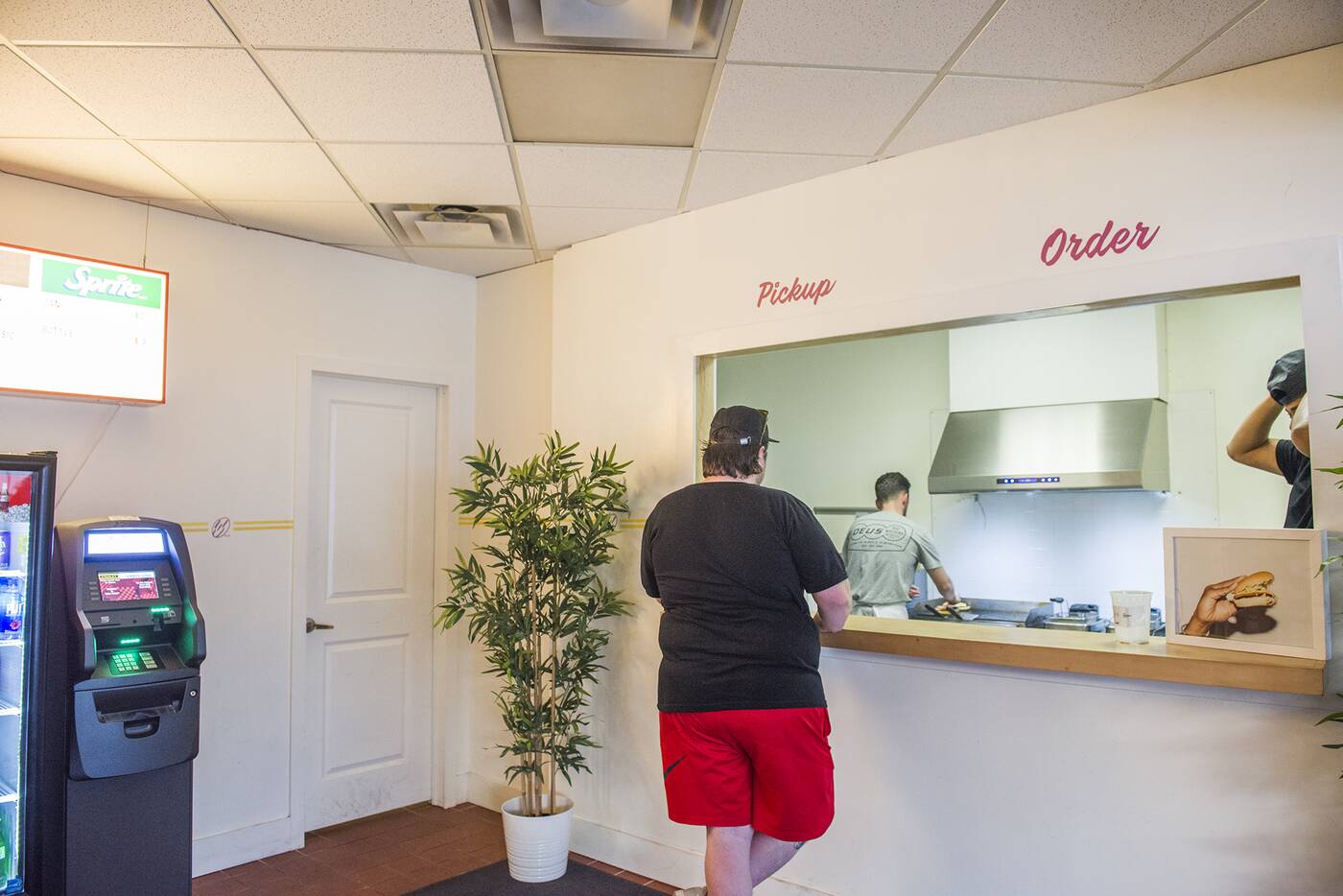 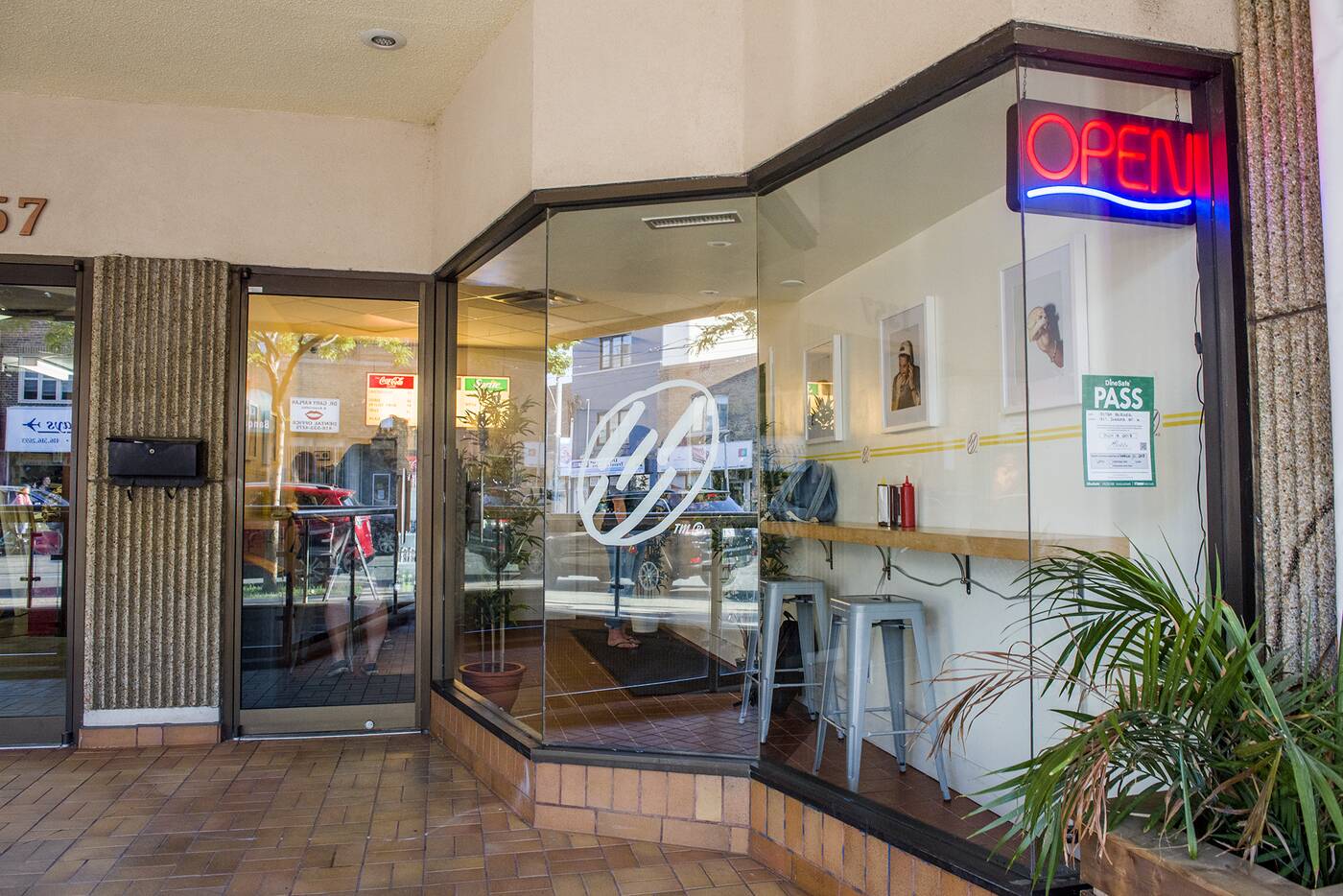