Gold Standard now has this location you can actually step inside of, in addition to their window on the side of Reunion Island.

It’s still home to their famous Gold Standard breakfast sandwiches and Telway burgers, but you might find a few surprise sandwiches exclusive to this location here. 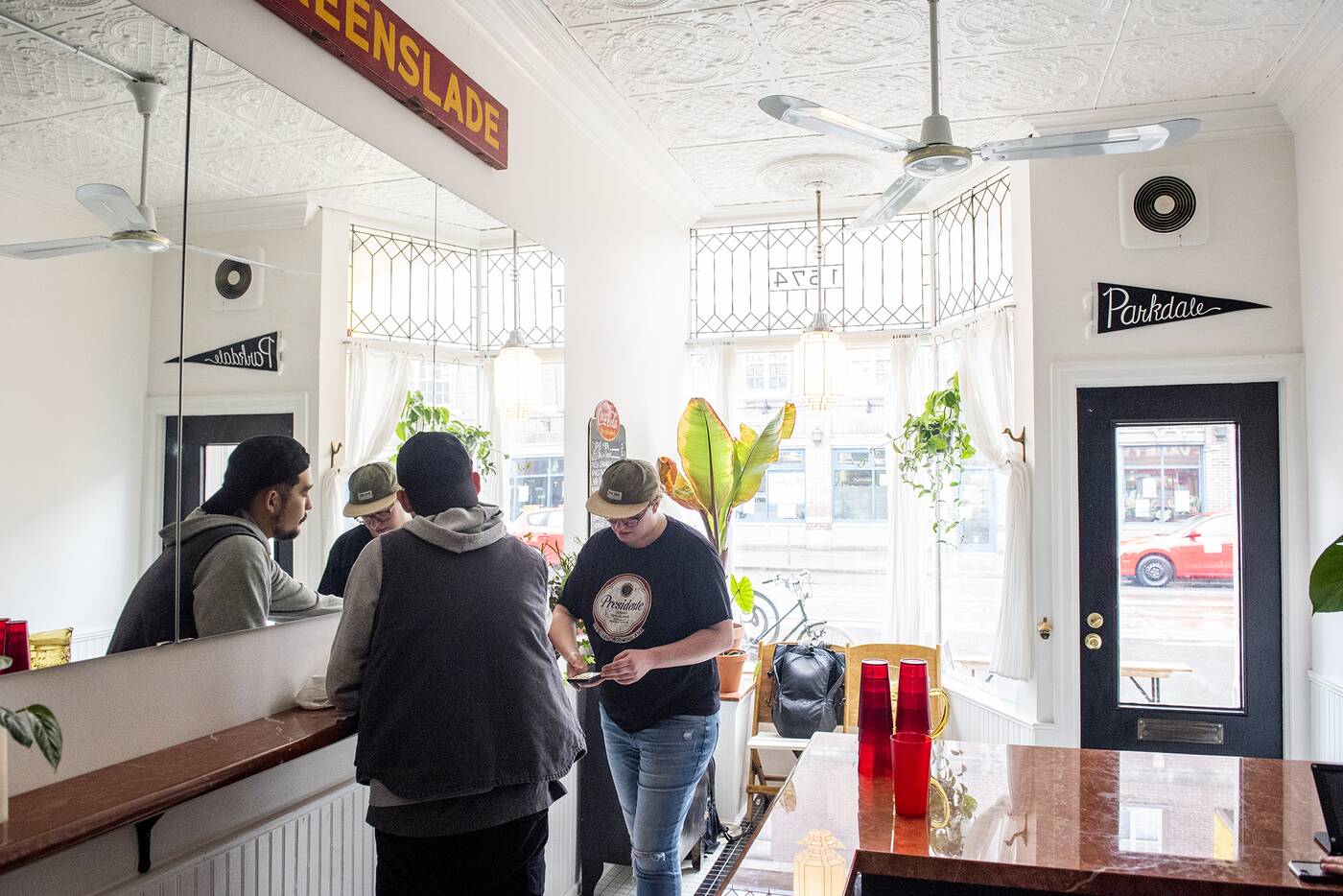 Formerly home to Kitten and The Bear, there are only two seats and no tables to speak of, but the space has been given an infusion of Gold Standard personality. A burnt orange counter and ledge with a retro feel have been added, as well as lighting, tiling and a mirror.

As usual, all sandwiches are $6 here, listed on a chalkboard menu. 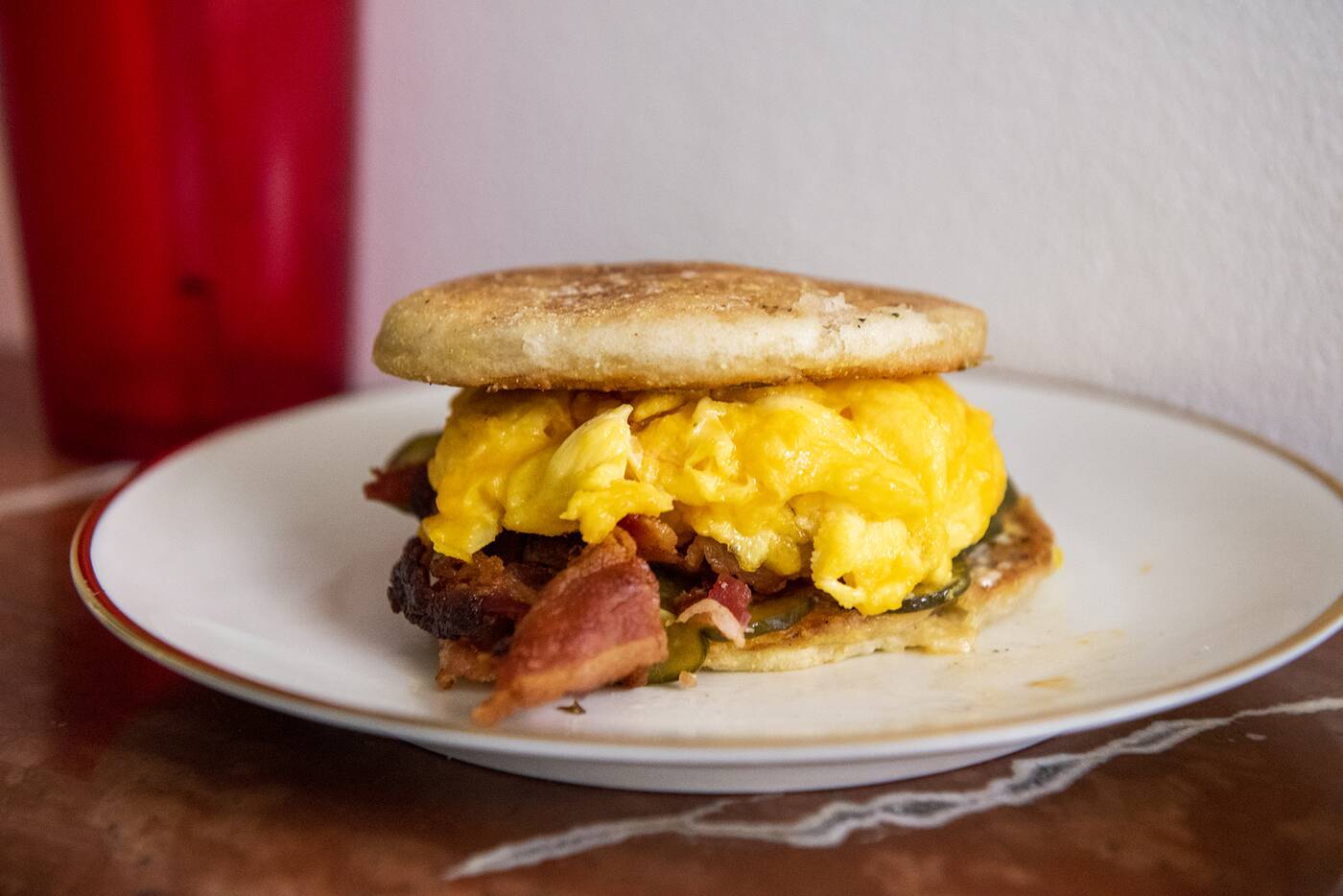 The Gold Standard breakfast sandwich is served not only at the other location of this sandwich shop but also The Federal, a full sit-down restaurant by the same team. 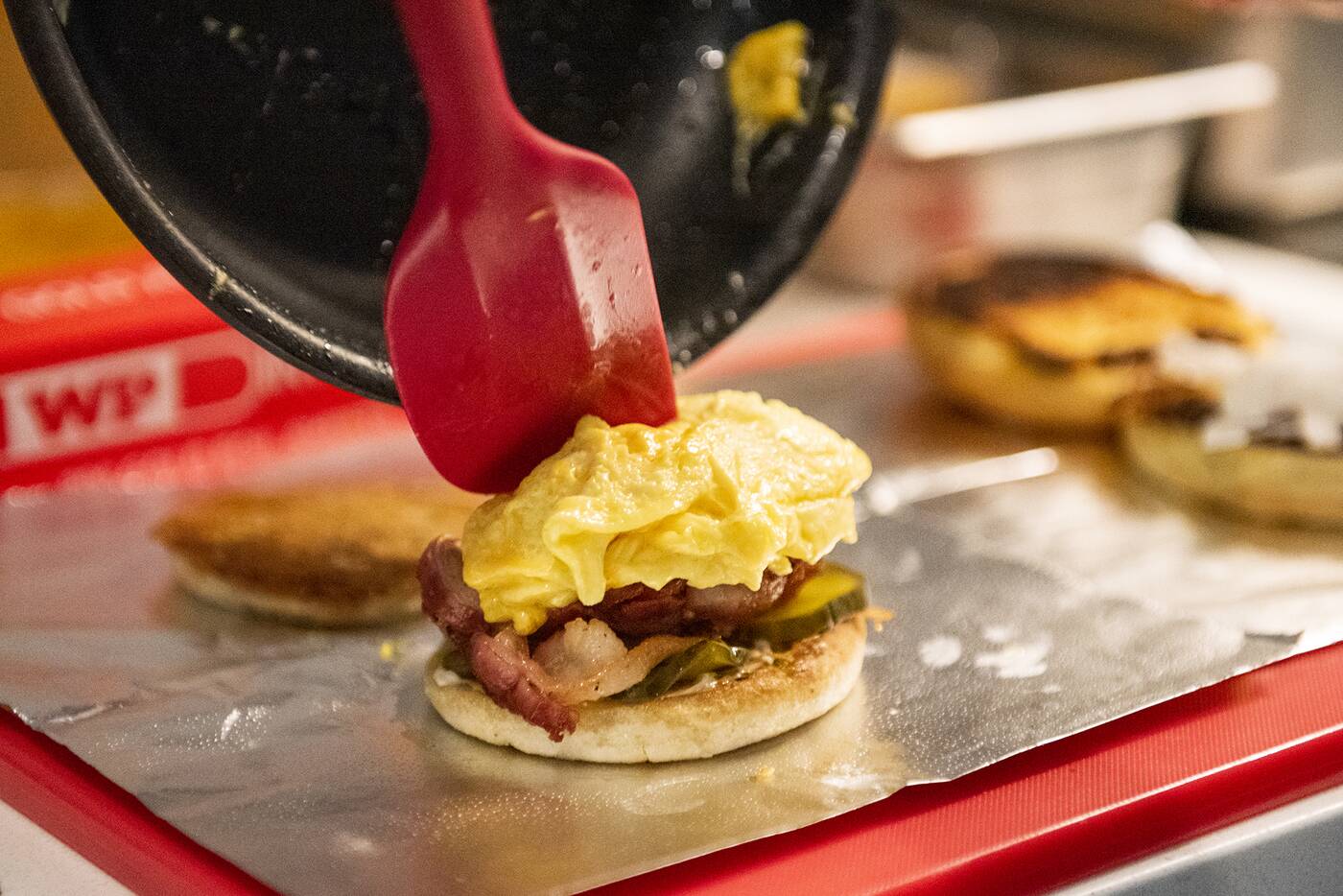 The basis of the sandwich is a toasted English muffin, satiny cheddar scrambled eggs and hot sauce. What makes it a little different is the addition of salty, crunchy pickles that also go on the burger. 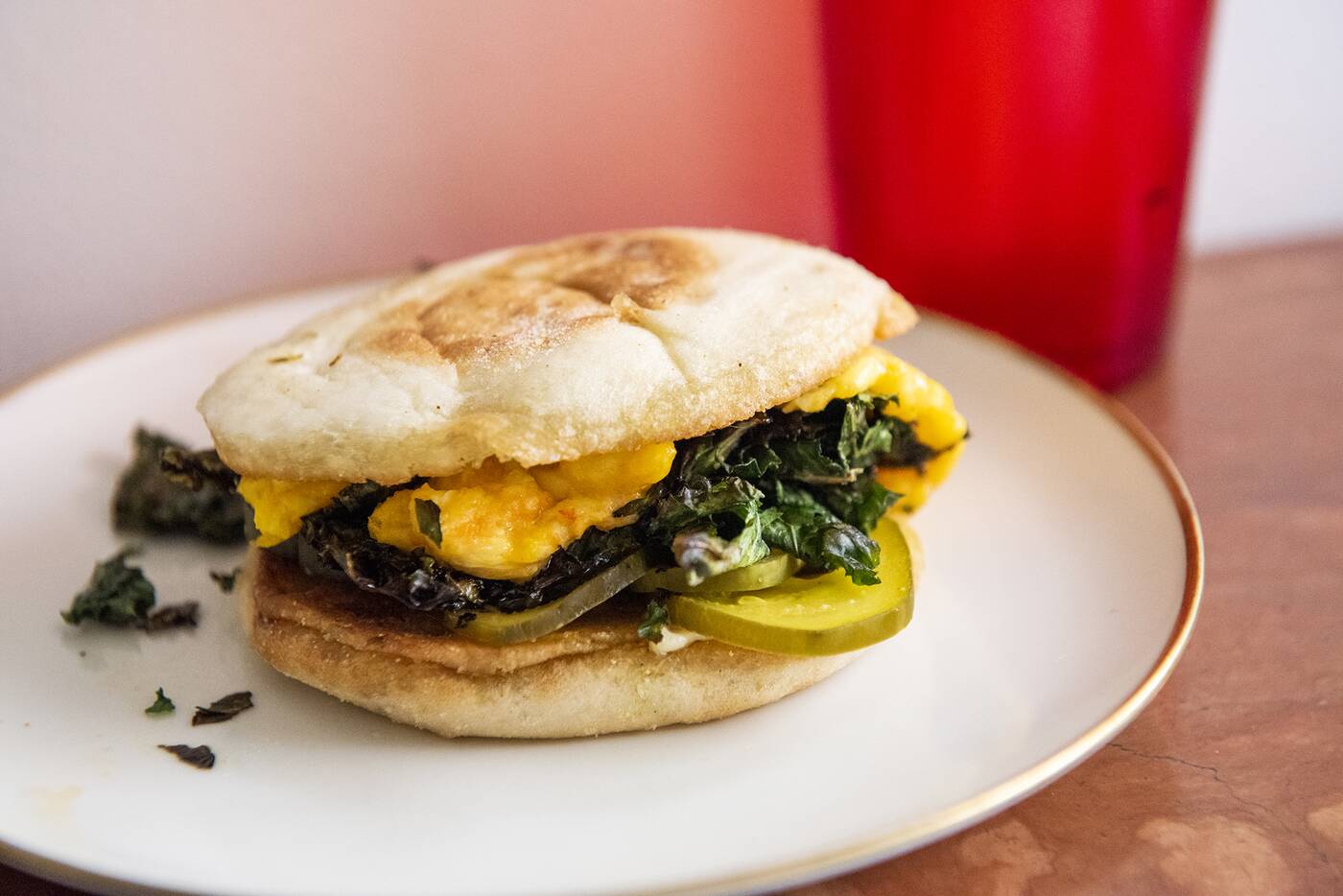 The breakfast sandwich comes with your choice of crispy bacon or equally crispy kale (or both for a small upcharge). 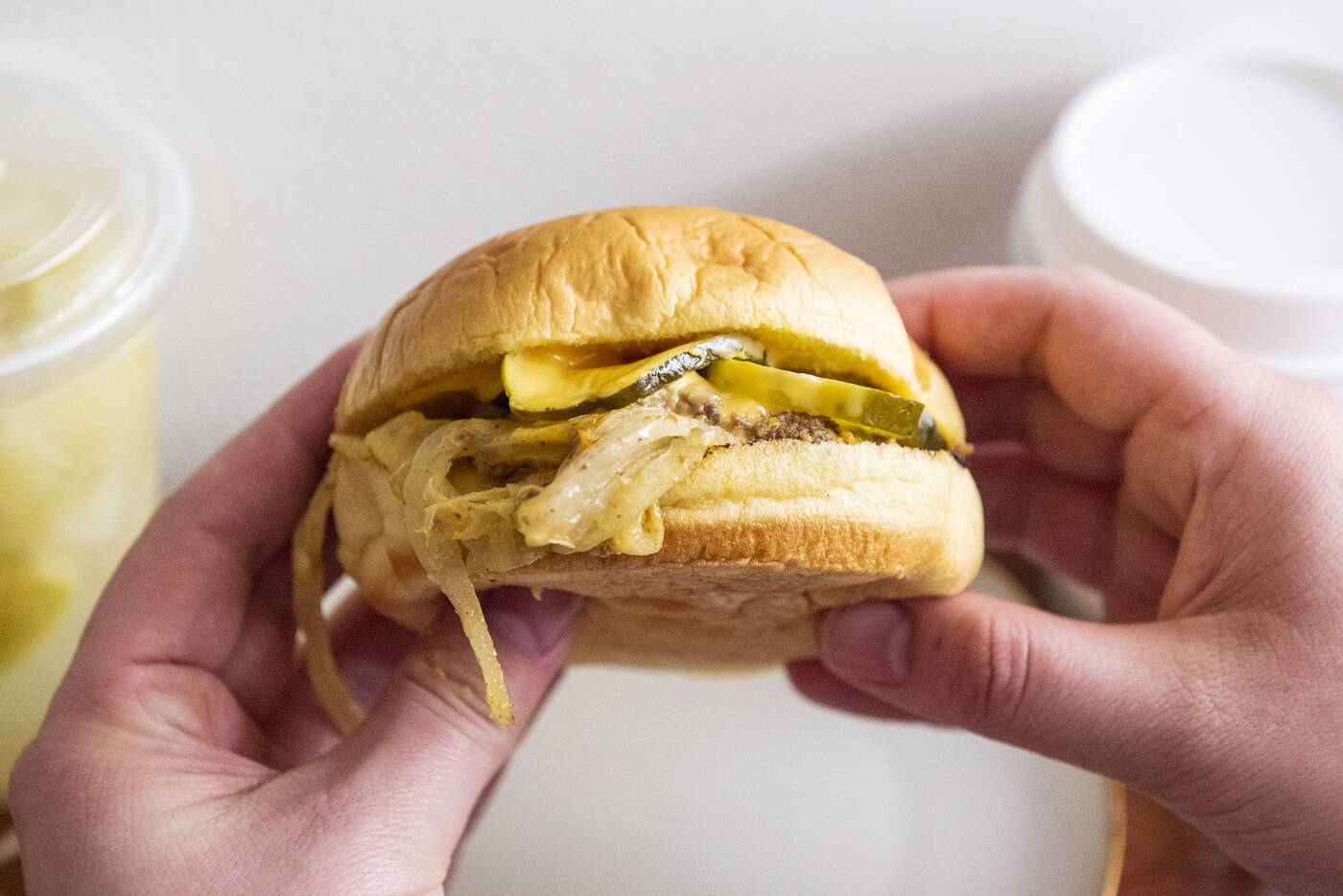 The Telway burger is named for the place that inspired it in Detroit where this style of slider is served. 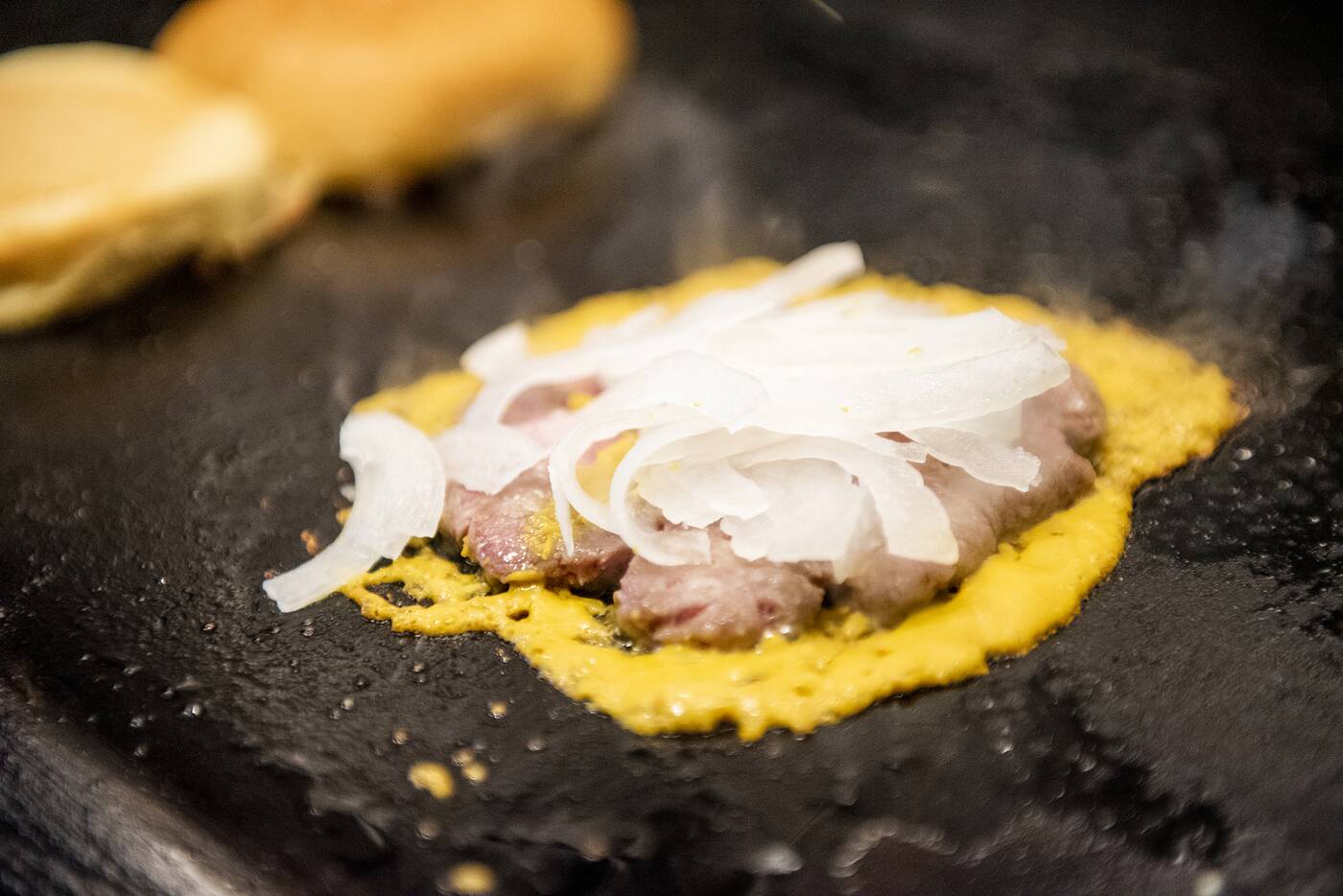 A mustard-grilled smashed patty is cooked with tons of onions on top, then gets topped with cheese and the two halves of a squishy Martin’s potato roll, right on the griddle. 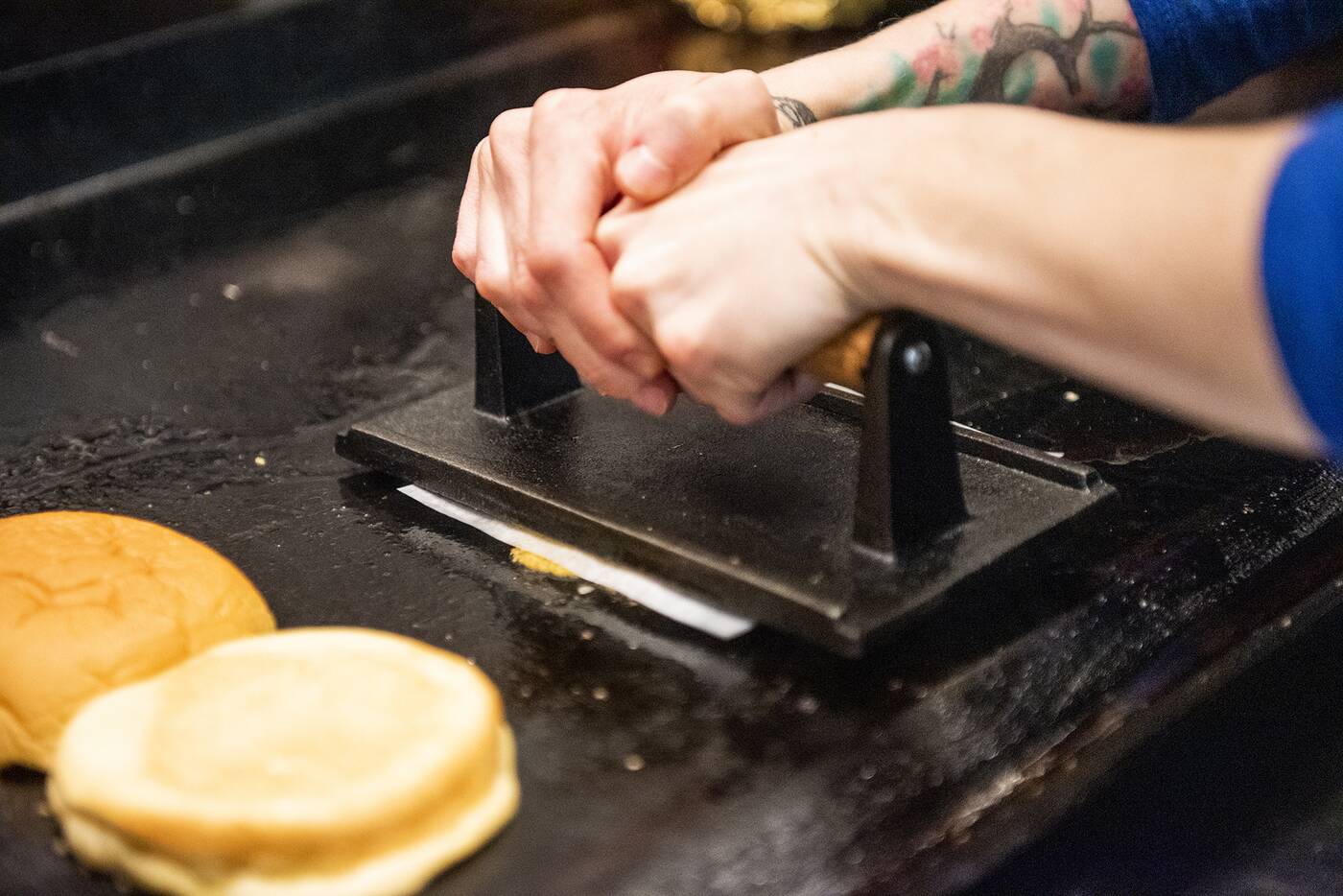 Palm-sized and crushable, cheese and mustard add hits of richness and heat, but it’s the onions and pickles that really make this burger one of the city’s best. 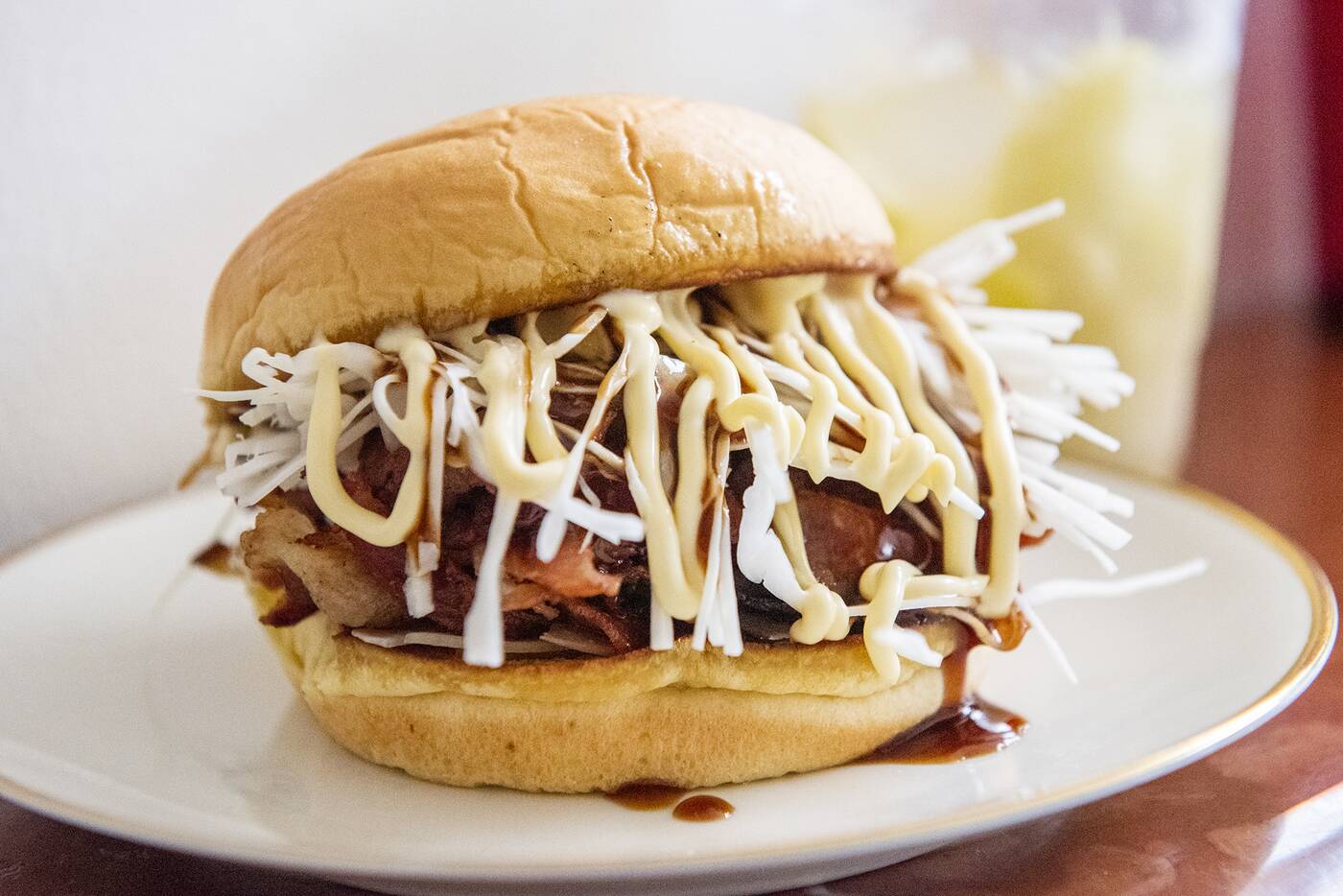 The Bulldog Butty amps up a typical English bacon butty (usually just a bacon and HP sauce) with Japanese influences, the HP replaced with lots of tangy Bulldog sauce, hence the name.

Also served on a potato roll, it’s finished off with onion, hot sauce, thinly-sliced cabbage and creamy kewpie mayo, those last two usually incorporated into katsu sandwiches. Crunchy, creamy, tangy and sweet, these sandwich wizards have done it again with this one. 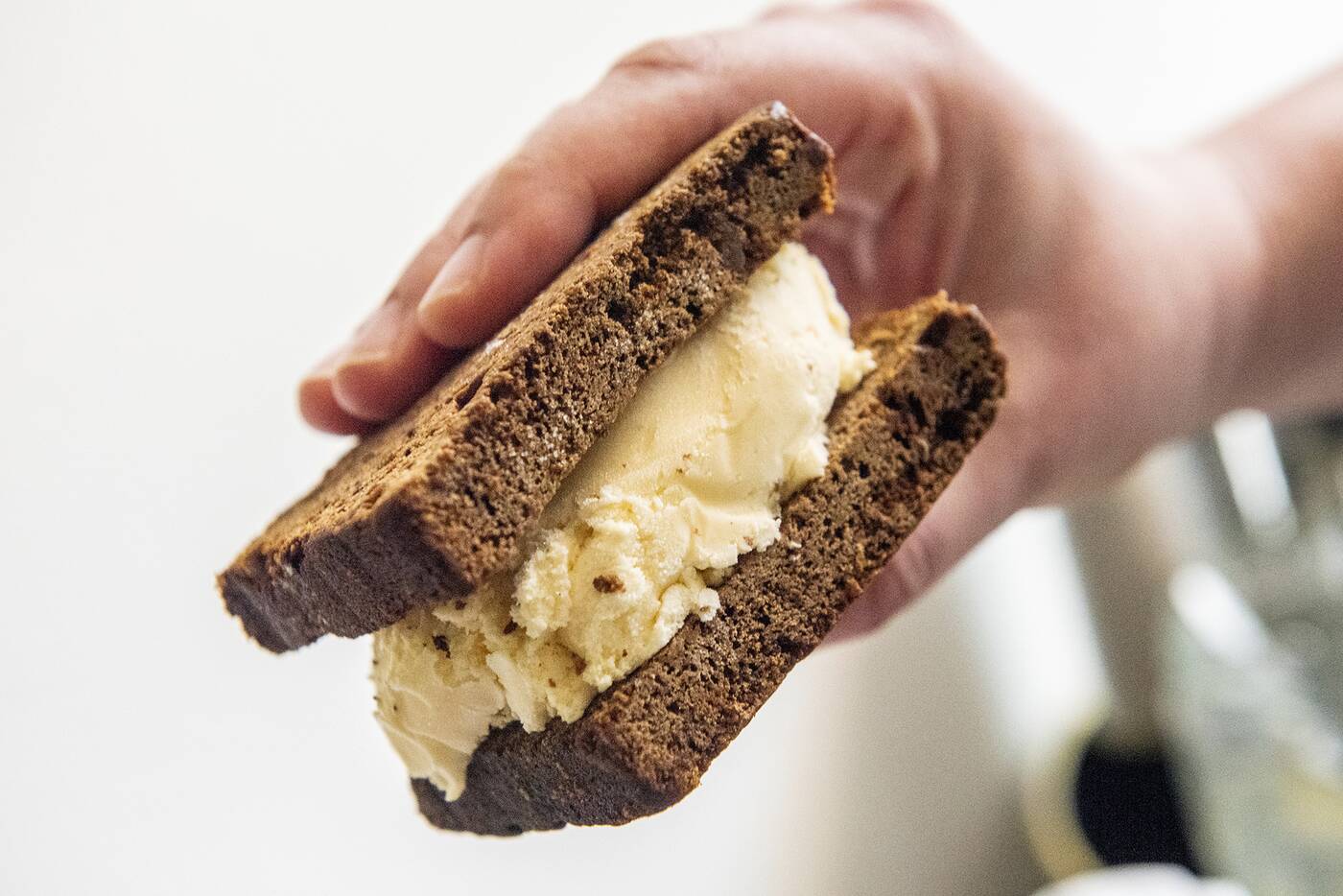 There’s an ice cream sandwich at this location made by the nominal Original Favourite, a scoop of vanilla ice cream between two thick slices of warmly spiced, aromatic ginger cake.

Reunion Island coffee can still be found here in drip form ($2). Additionally, there’s homemade lemonade ($3.50), which can be made into a “Laura Palmer” with a splash of club mate. 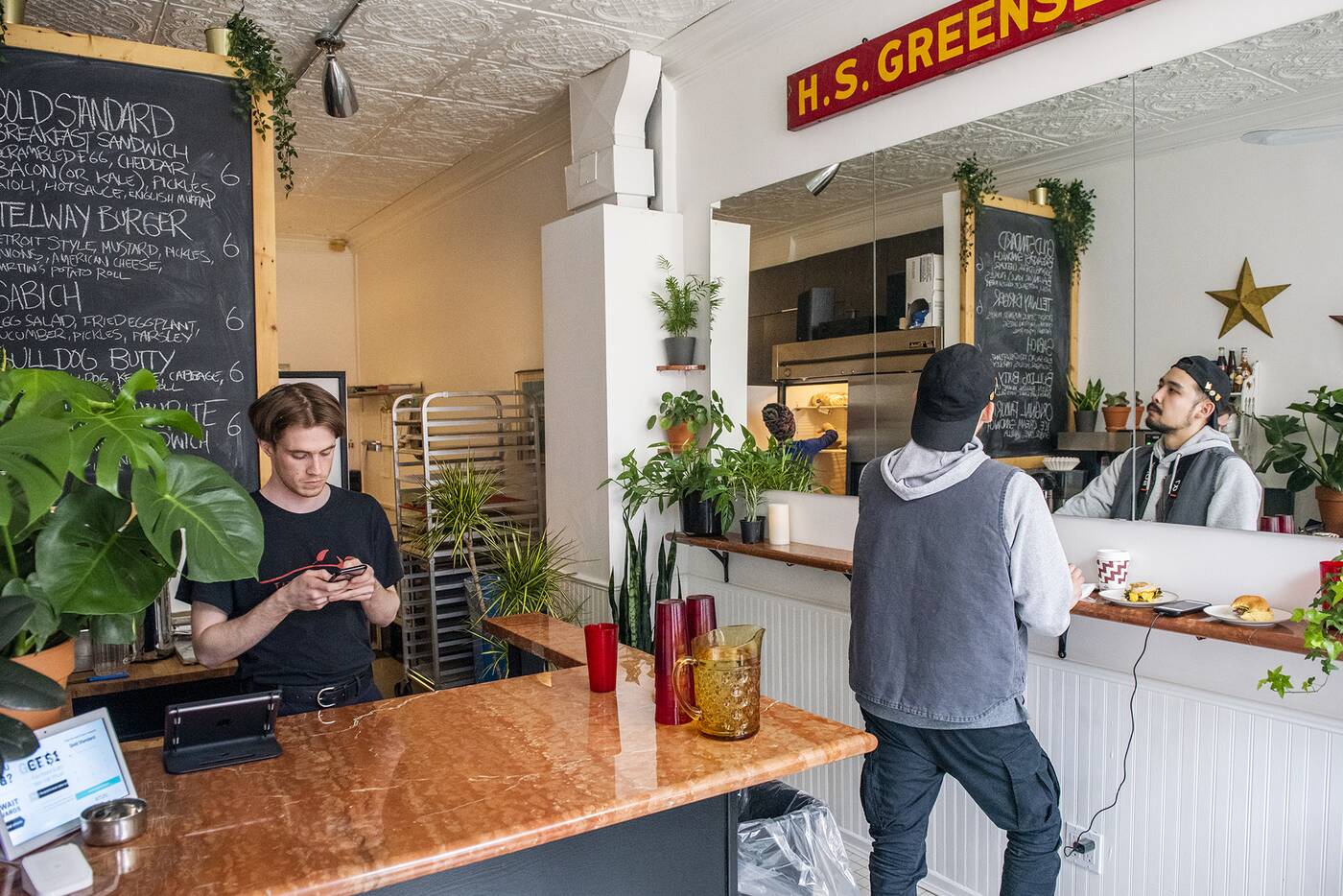 There’s also a “Sabich,” a take on a Jewish Middle Eastern sandwich that usually has fried eggplant and hard-boiled eggs, here translated into egg salad accompanied by the fried eggplant as well as cucumber, parsley and pickles. 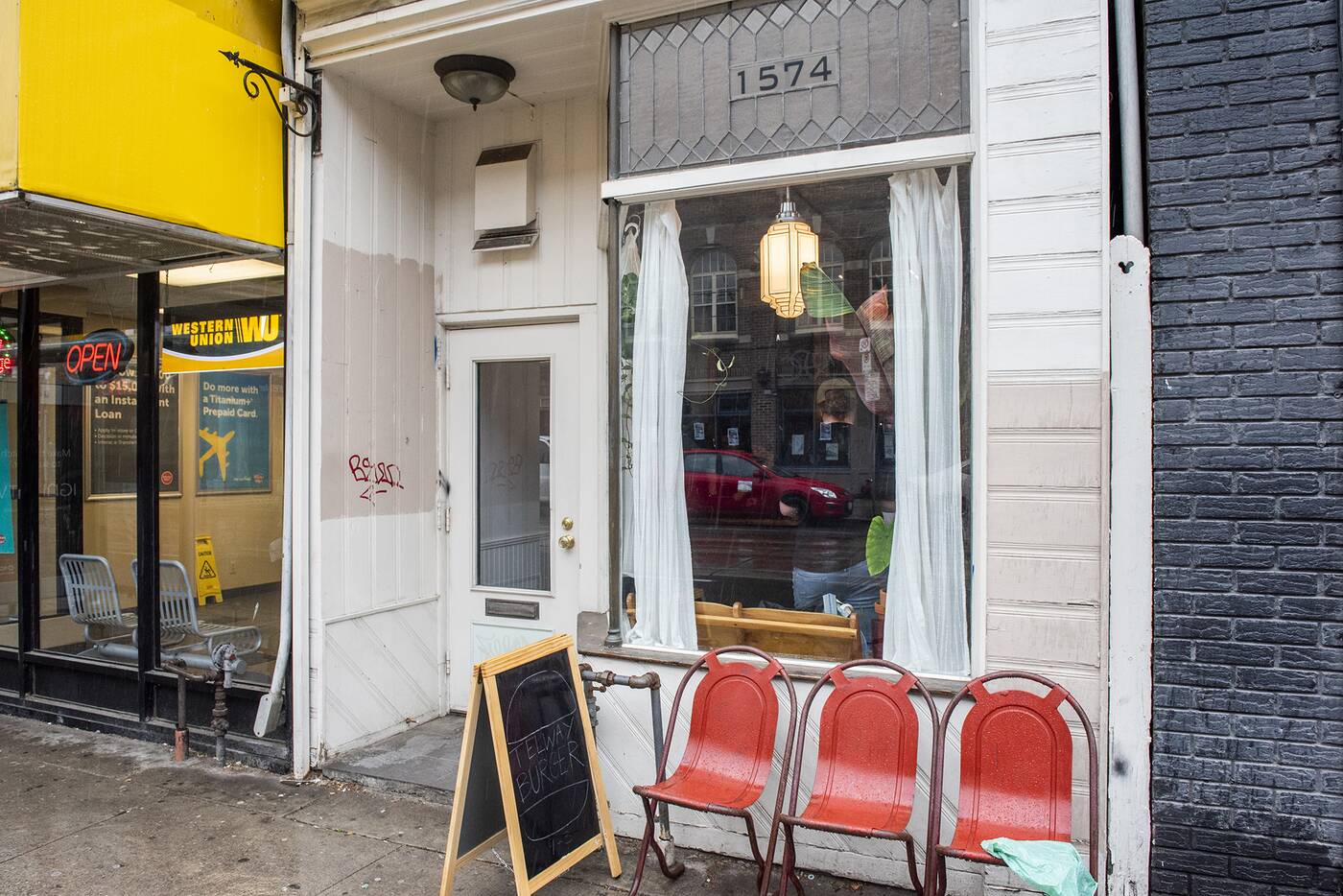