Opening a restaurant at the height of a pandemic isn't ideal, but one of Kensington Market's most popular taco spots has just launched a second location.

As of today, Taqueria Gus has a new outpost at Bloor and Dufferin.

Taking over the Caribbean cafe Rosie Robin at 616 Gladstone Avenue, the restaurant, which was meant to have dine-in seating, has now opened as a takeout and delivery joint.

According to co-owner Emilio Morales, who runs Gus with his cousin Augustine Morales, the process hasn't been without its hitches so far.

"It's going slow," he says. Pandemic aside, their delivery partner Uber Eats appeared to be malfunctioning, meaning it was takeout-only on their first day open until they could get the issue resolved.

This new restaurant is smaller than the Kensington location —
which opened exactly a year ago and has since joined Uber Eats, Skip the Dishes, and Doordash to keep the lights on during this time — meaning only two customers are allowed inside at a time. 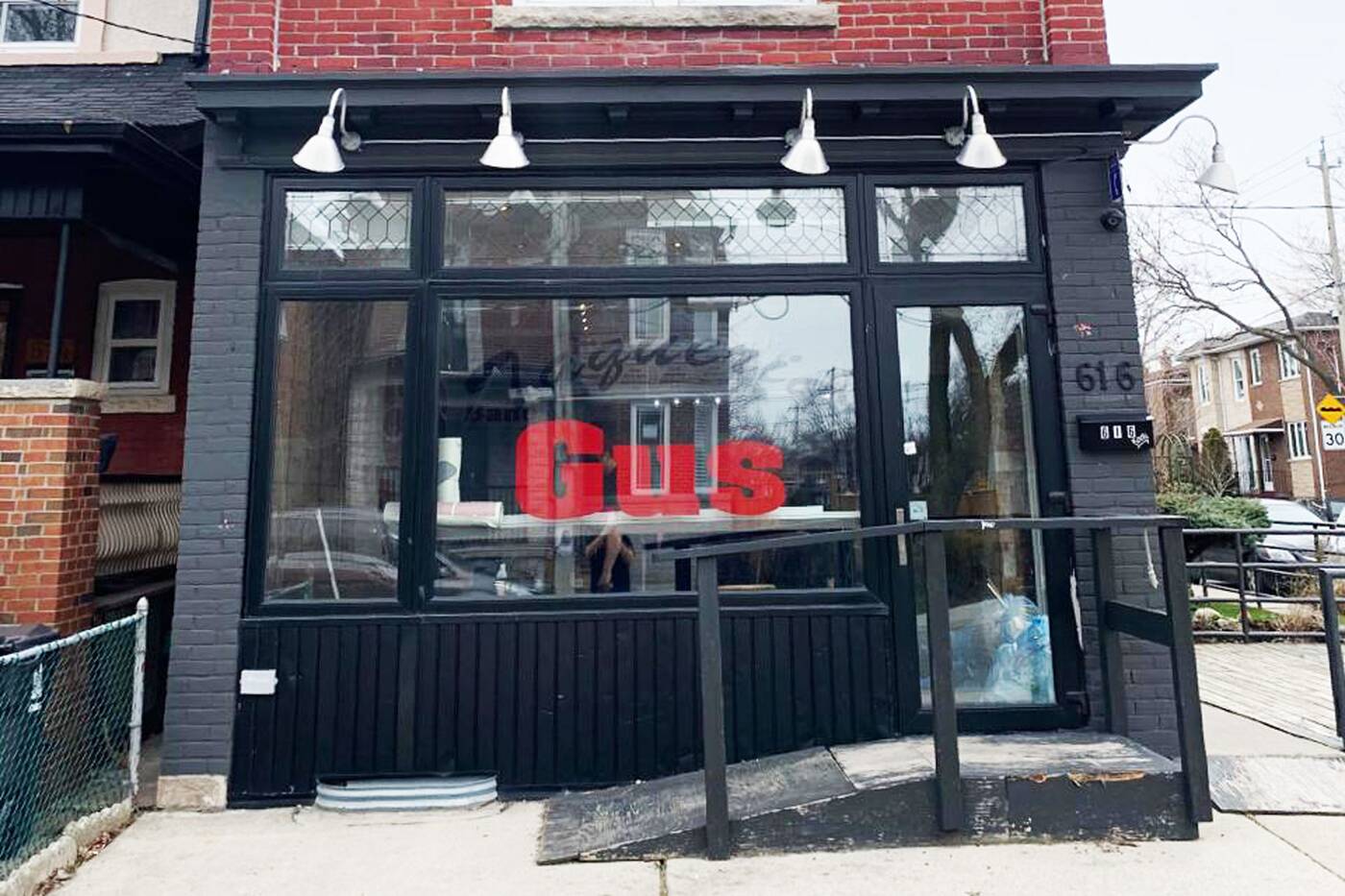 Emilio and Augustine, who also own the longtime stall La Chilaca inside Kensington's 214 Augusta, have been working on this new Gladstone location  for a month and a half.

Obviously, opening their Gladstone restaurant during a pandemic wasn't what they expected, but Emilio says they hope to keep serving the Gladstone community, especially what he describes as a large Mexican presence in the neighbourhood.