17 bars to watch the Super Bowl in Toronto

Bars where you can watch the Super Bowl in Toronto have all the space, beer, snacks and energy you need to take in the big game. Don't get stuck squished on a couch eating cold queso—hit up one of these places that can handle the big day like only the pros know how.

Here are my picks for bars to watch the Super Bowl in Toronto.

The big screen at this gigantic Harbourfront barcade will be showing the game, and there'll be MVP platter specials and prizes.

Head to this nightclub in the Port Lands to watch the game on a 34-foot tv. The Bud will be flowing, and there'll be drink specials and traditional snacks.

Over 50 TVs will be playing the game with the sound on and lots of food and drink specials will be available at this energetic bar in the Entertainment District.

Huge 20 oz draft beers on special for $9 at this South Etobicoke restobar for the Super Bowl will ensure you never go thirsty throughout game time, and clear sight lines to TVs mean you won't miss a moment. 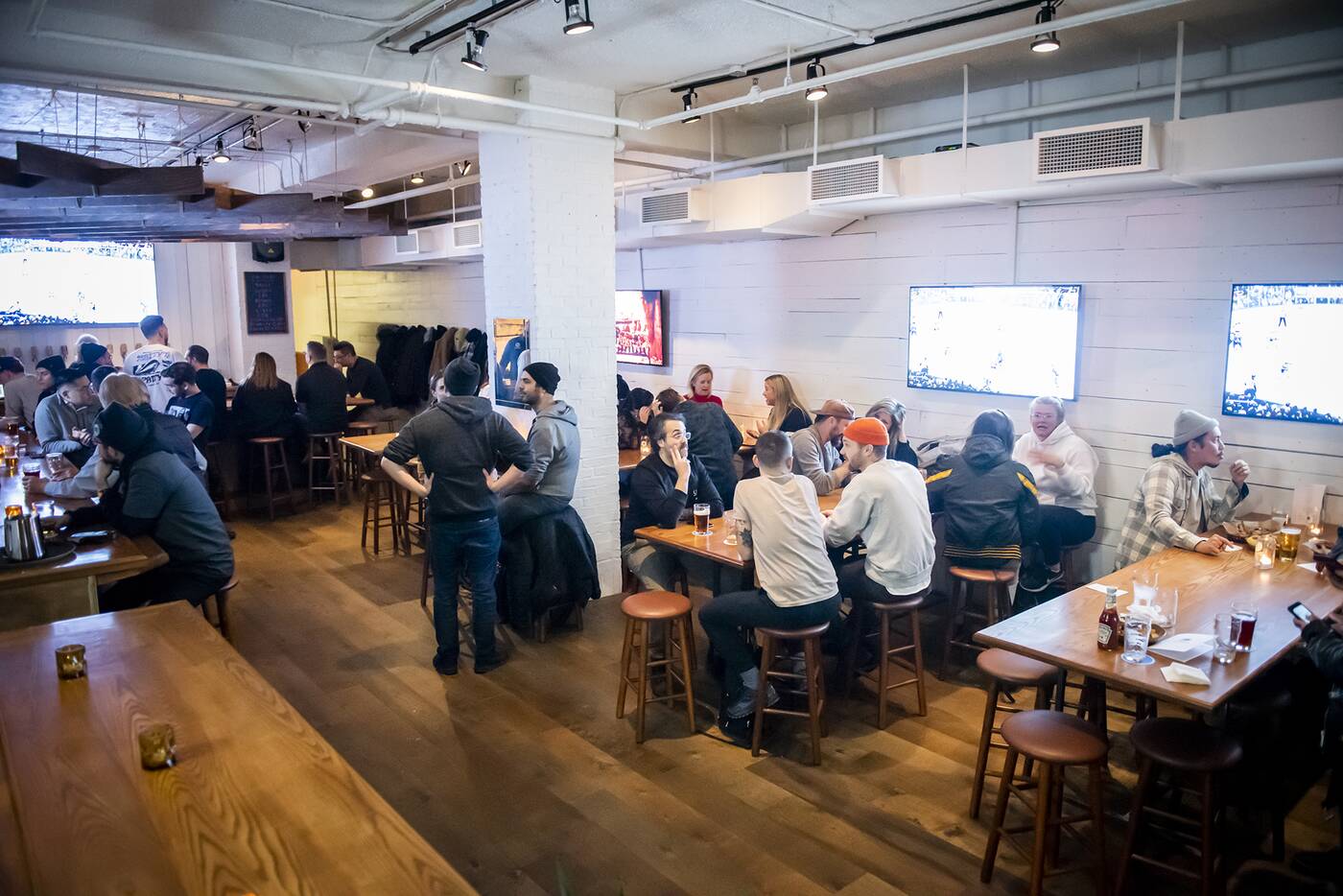 Woodhouse Brewpub has plenty of TVs to watch the big game. Photo by Hector Vasquez.

Pint specials on local Steam Whistle and Henderson beers as well as the Sunday Roast at this classic English pub near Yonge and Dundas will make this Super Bowl a memorable one.

The Office Pub on John

There's a big cover charge for entry to the Super Bowl party at this Entertainment District bar, but it includes three drinks, an AYCE buffet, and access to three floors of fun. Plus, look forward to prizes and a half time burlesque show.

This quirky Riverside bar will be serving a platter special of wings, pulled pork sliders, poutine and deep-fried pickles.

It's going to be a classic cookout at this Brockton Village bar with brisket, wings and ribs, and of course, great beer. 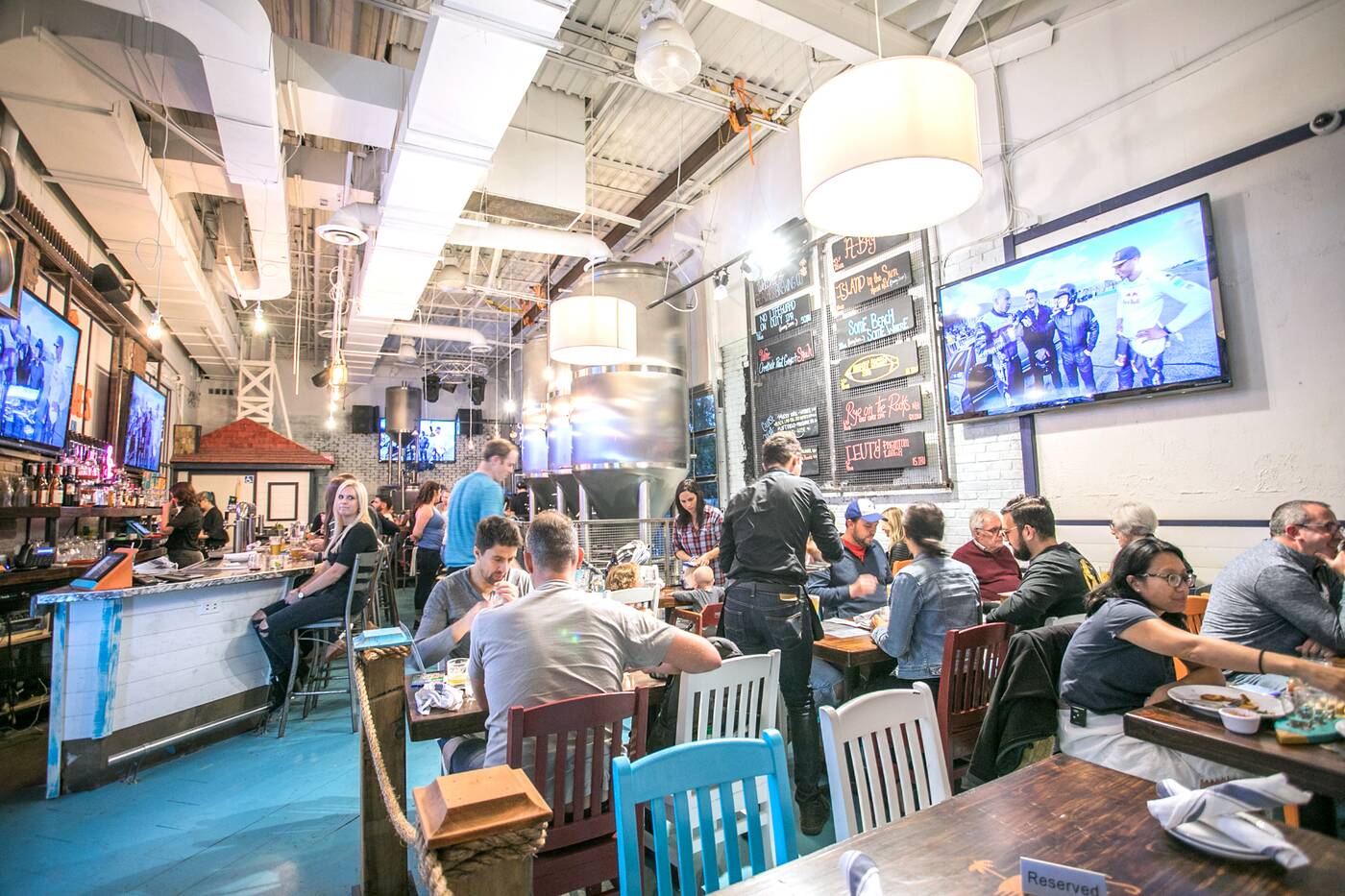 Beaches Brewing Company is a good spot to catch the action on Queen East. Photo by Fareen Karim.

Grab $5 pints of beer made on site at this Beaches brewery for the game. If suds aren't your thing, there are $5 rail specials as well.

Though this Financial District beer bar with a wide selection may be big and splashy, drinks and eats will start at just $4 on game day.

Those seeking a genuine outdoor tailgate experience can head to this Financial District brewpub for an outdoor BBQ roast, traditional tailgate games and drink specials on their heated patio.

Beer brewed on site, a Sunday roast and platters will all be on offer as the game plays with the sound on at this Liberty Village bar. 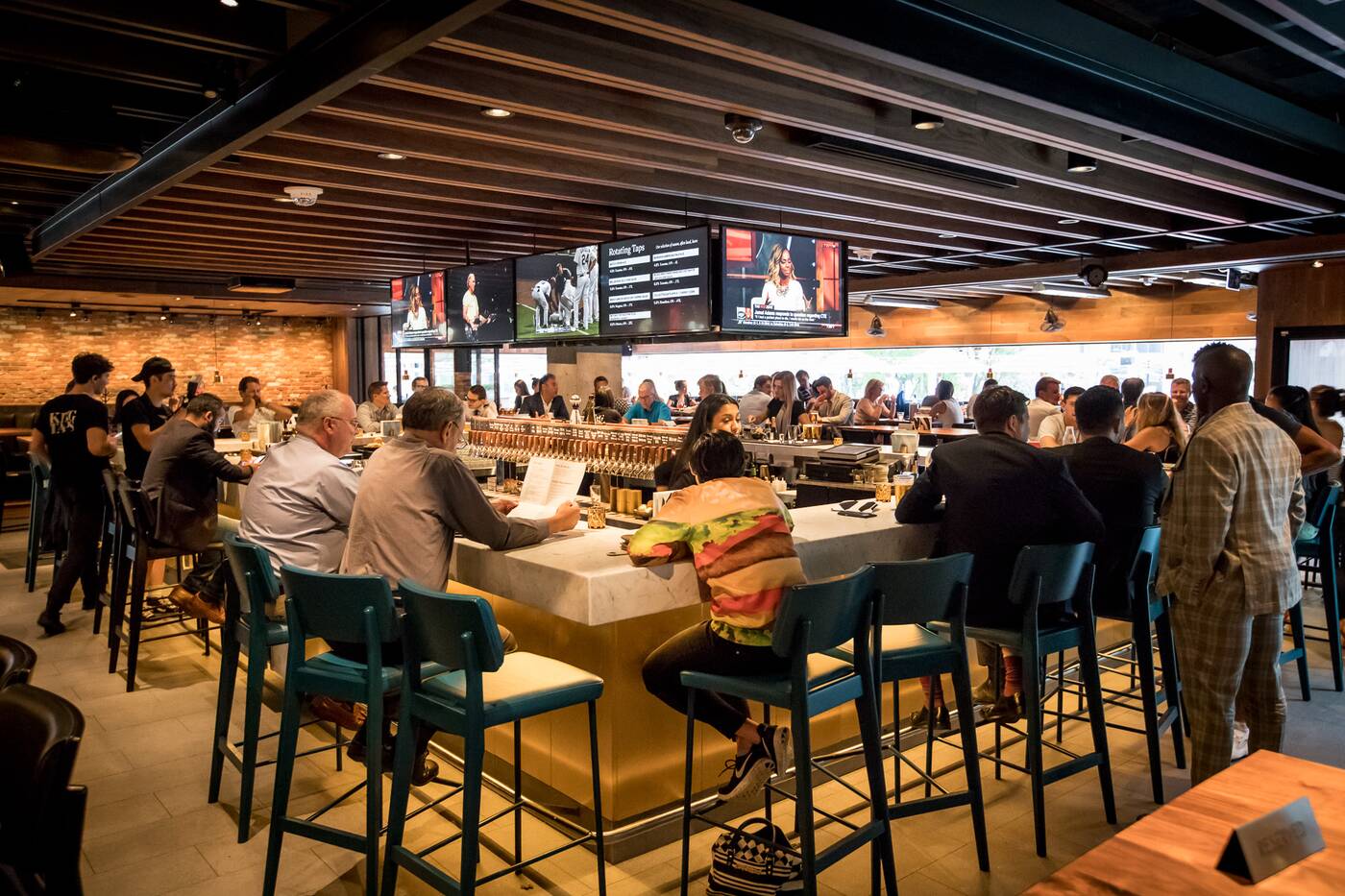 King Taps in the Financial District will be busy on game day. Photo by Jesse Milns.

One of Toronto's best sports bars, this place in the South Core is a hub for Super Bowl fans with the game playing on one of the biggest screens in town.

There’ll be a beer pong tournament, specials and prizes to be won at this bar in the Financial District.

Beer specials will be going down for the entire day at this Leaside pub in honour of the Super Bowl.

Find $10 nachos and $4 Buds on game day at Yonge and St. Clair, Mississauga and Yonge and Sheppard locations of this restobar.

Roncesvalles has this reliable and cozy sports bar where spirits are sure to be high during the Super Bowl.

Whether you're cheering for a specific team or in it for the food, during this Sunday's Super Bowl, Frank's RedHot is inviting fans all over Canada to join the livestream Spin the Bottle game on Twitter for your chance to win some saucy limited-edition prizes. One lucky fan will win the ultimate prize, $1 for every day Frank's has been alive--that's $36,500 if you do the math!

Fans can play live with @FranksRedHot on Twitter at 6:30 pm ET on football's biggest day of the year. Frank's RedHot will spin their bottle throughout the event with no shortage of chances to win limited-edition prizes – such as a Too Hot To Handle Candle; a Chicken Wing Bling Ring; an Up in Flames Skateboard; the Hottest Cooler; a [Your Name Goes Here] Custom Frank’s RedHot Sauce Bottle and more!