Liberty Commons at Big Rock Brewery is bringing the brewing power of Big Rock into an urban gastropub environment. It’s a collaboration between Big Rock Brewery, which originated in Alberta, and Oliver & Bonacini restaurants, the same people behind restaurants like Canoe and Bannock. 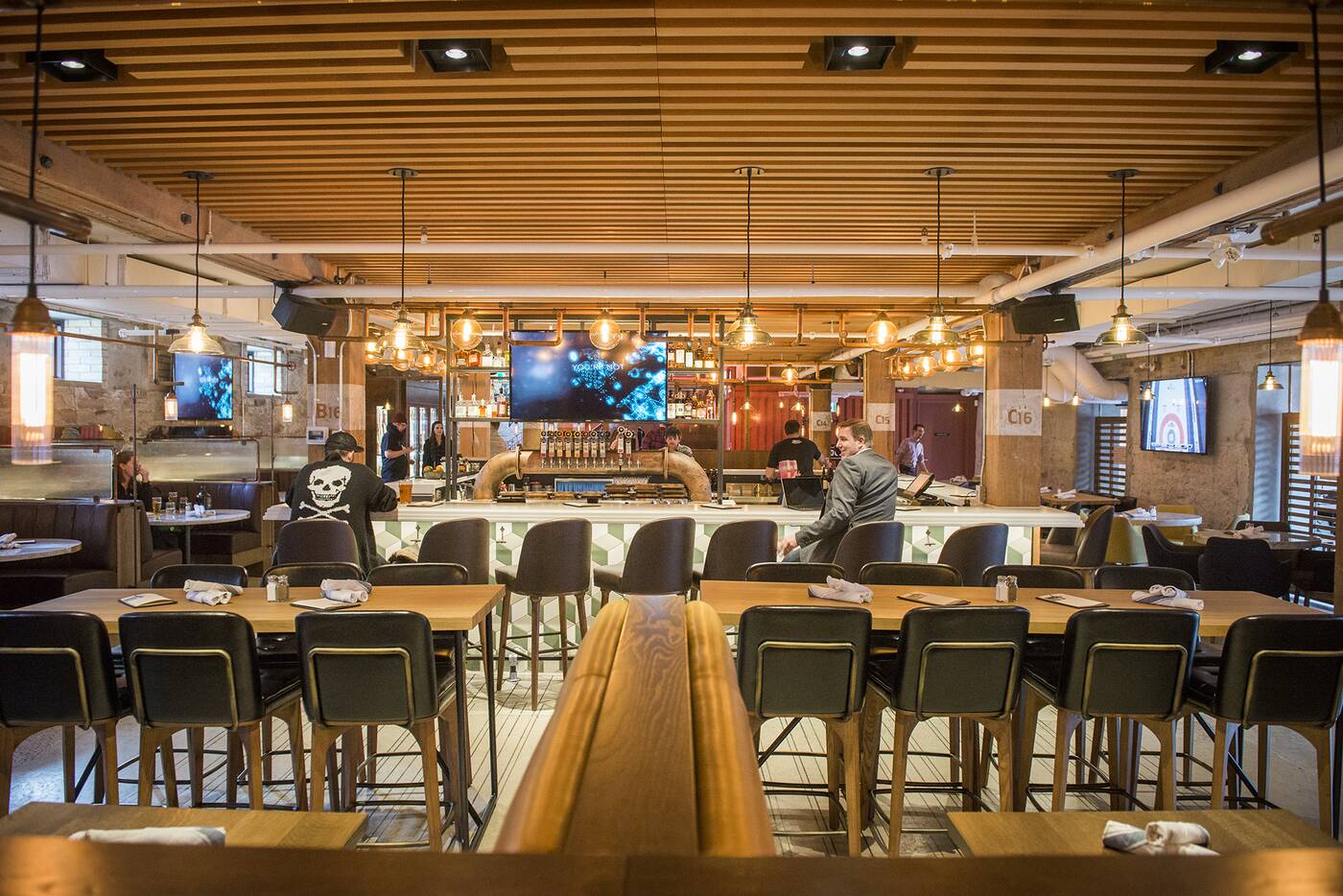 The space is humongous at 7400 square feet with a capacity for 140 downstairs in the bar/dining room proper. 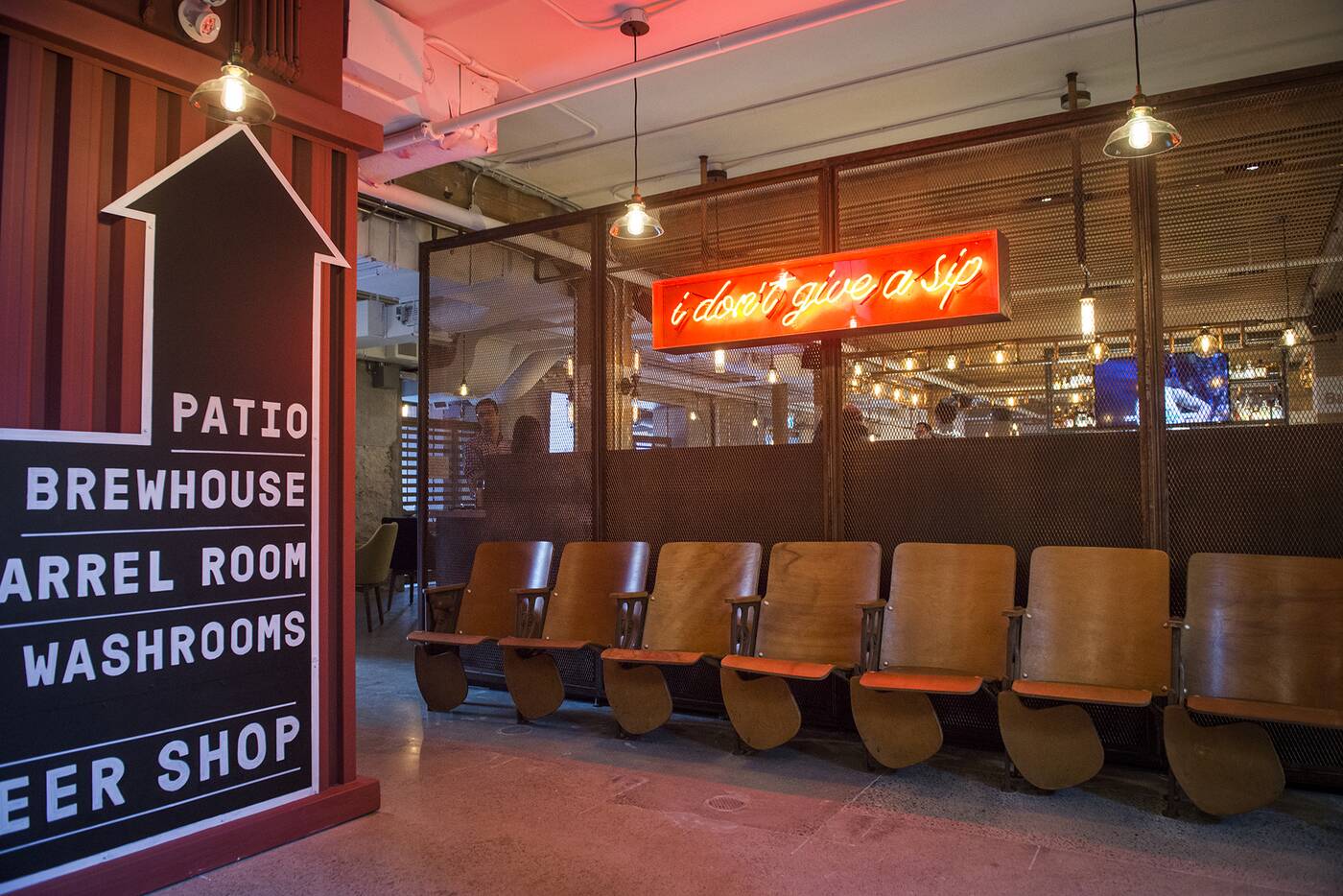 The underground vibe gives the place a speakeasy feel, with plenty of flat screens, booths, and cool touches like neon to modernize it. 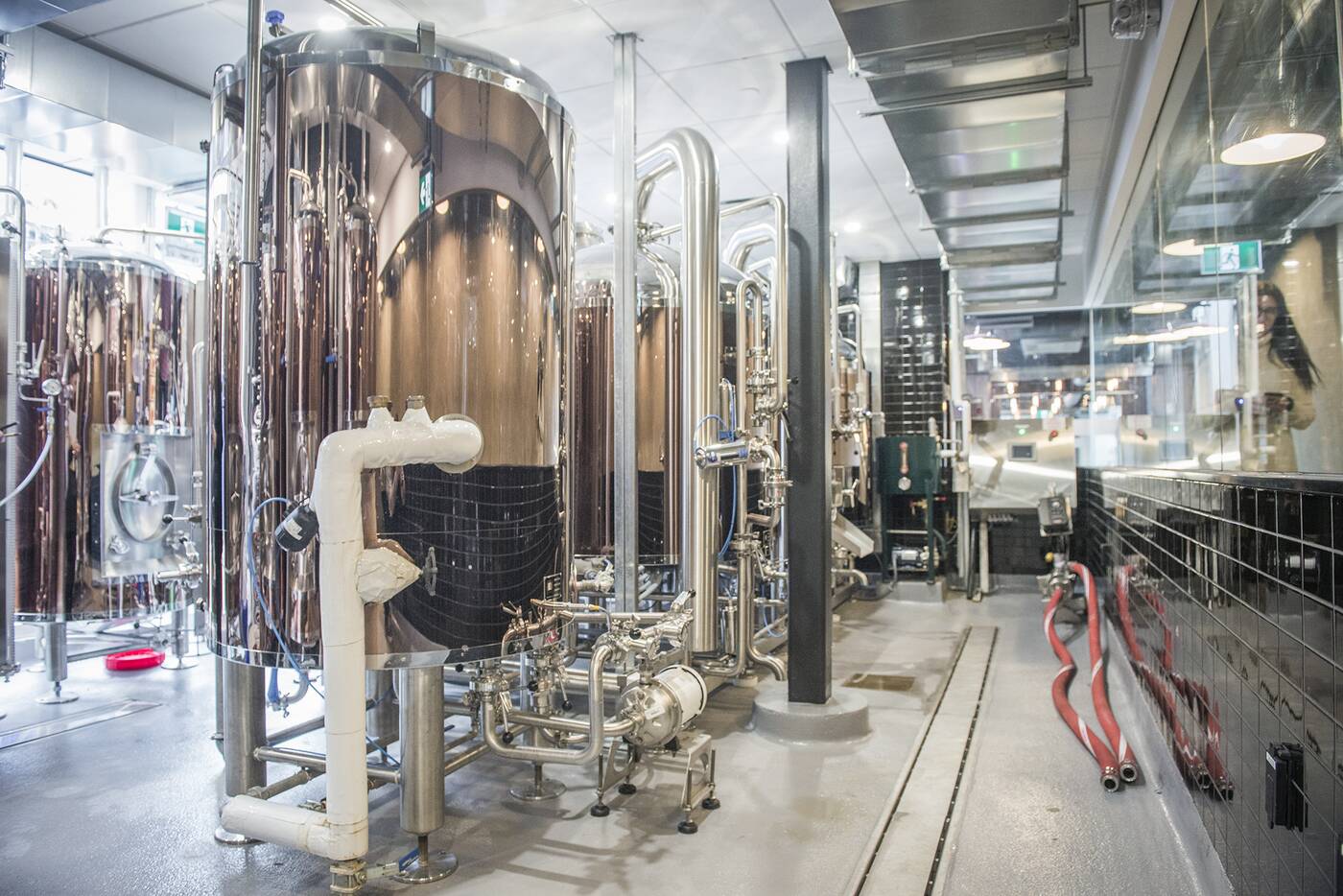 Downstairs is where all the brewing is done, in a much-miniaturized version of their Ontario brewery in Etobicoke. 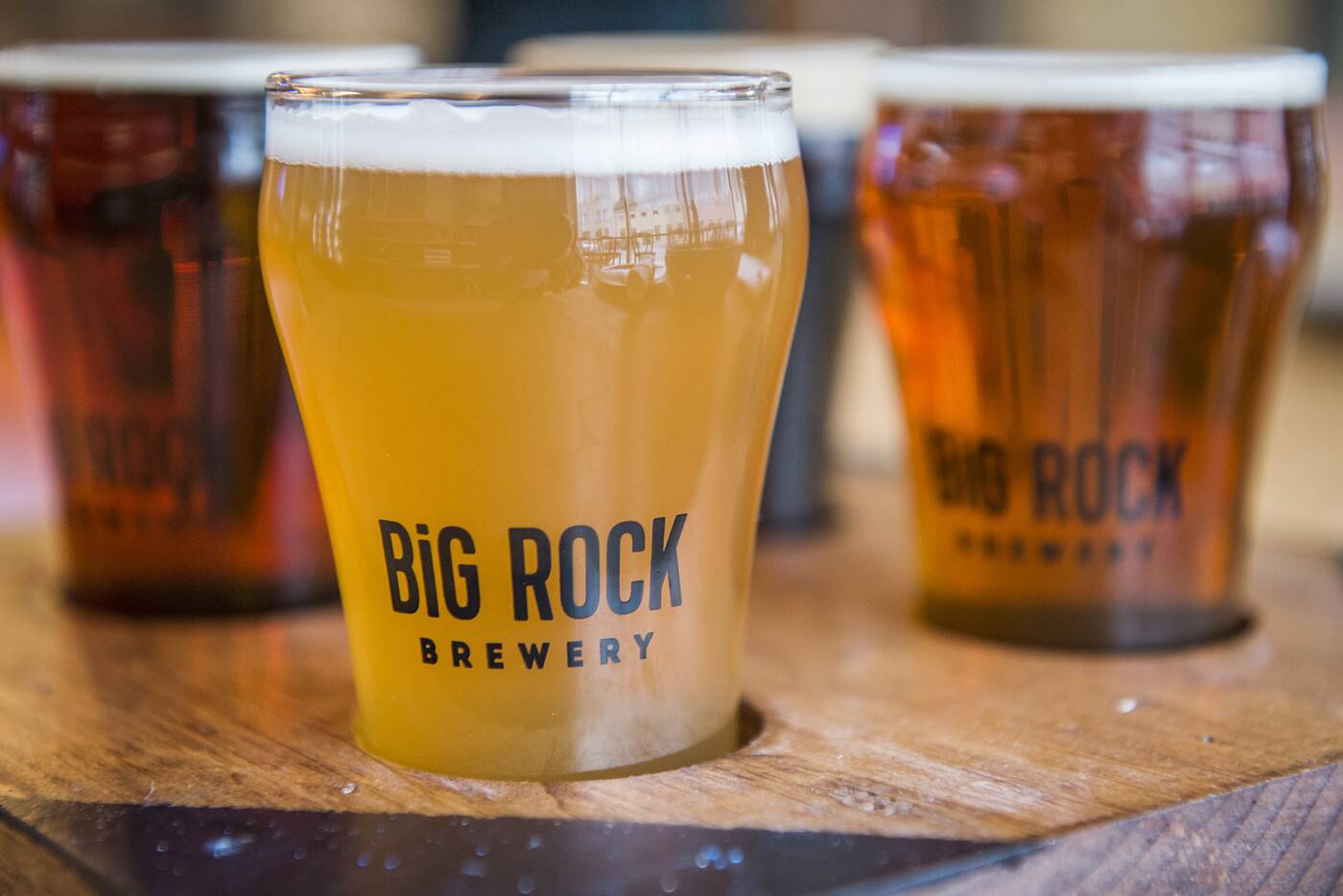 Flights (four 6-ounce pours for $10) range from “classic” to an “adventurous” one that includes nano and guest taps, or you can just create your own. I really like their light, refreshing Rhine Stone Cowboy kolsch with an ABV of just 4.6%. 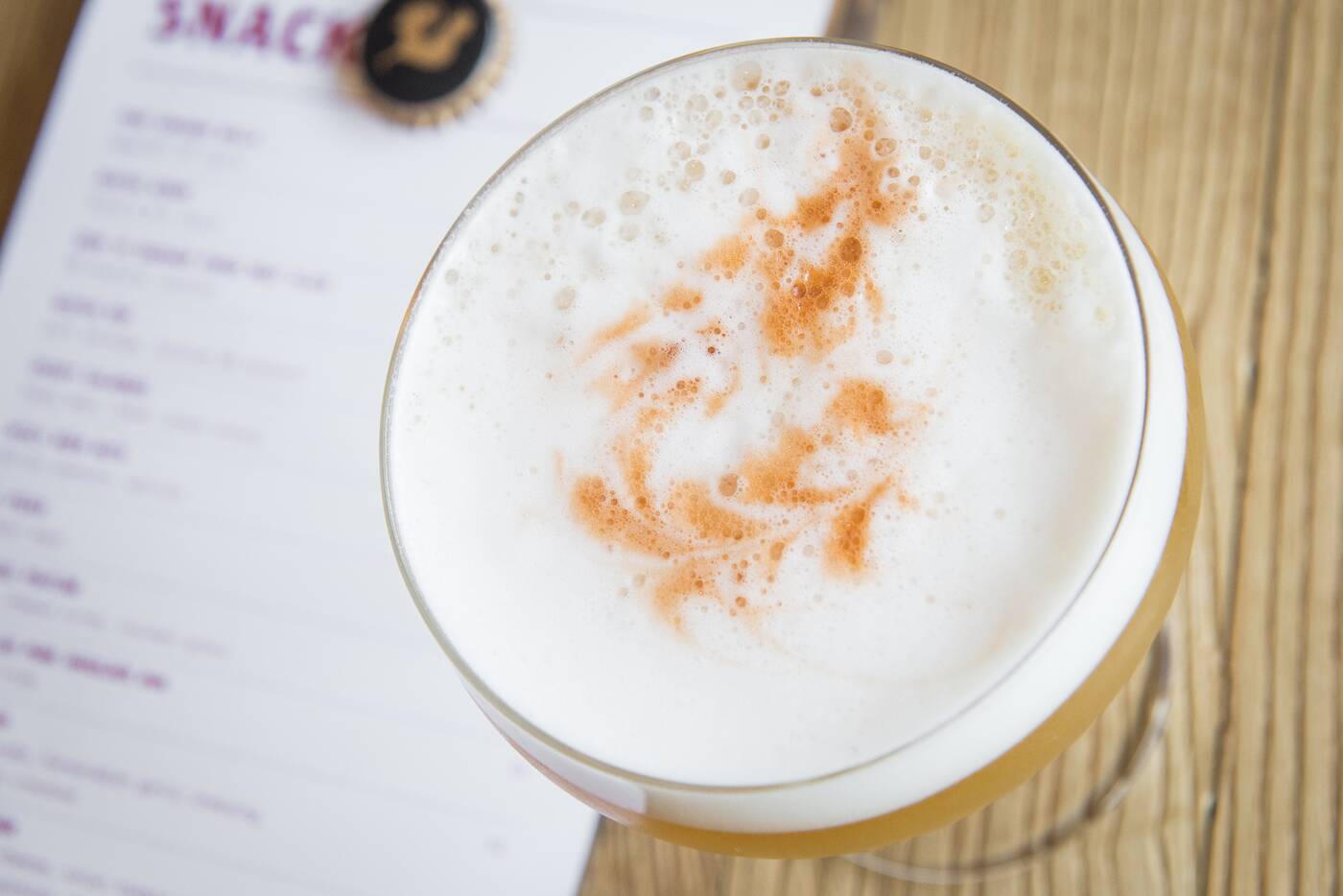 They’re also doing cocktails like a Hop Sour ($12) that ties into the brewery atmosphere using hopped Wiser’s, topped with a float made from Big Rock’s Citradelic IPA. 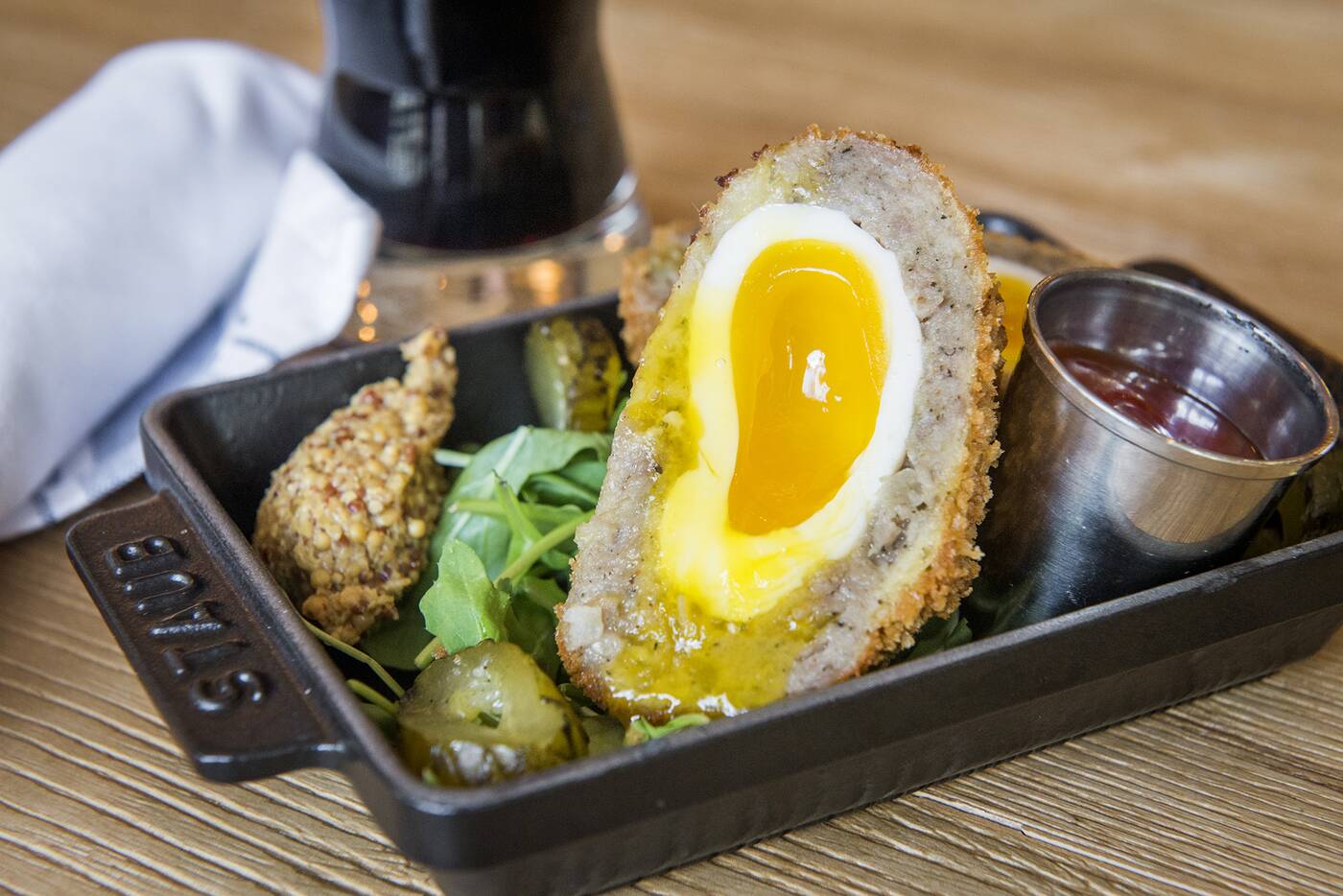 A perfectly soft-cooked scotch egg ($5) is encouraged fare for an upstairs tap room session, served with mustard made with the brewery’s Warthog ale. 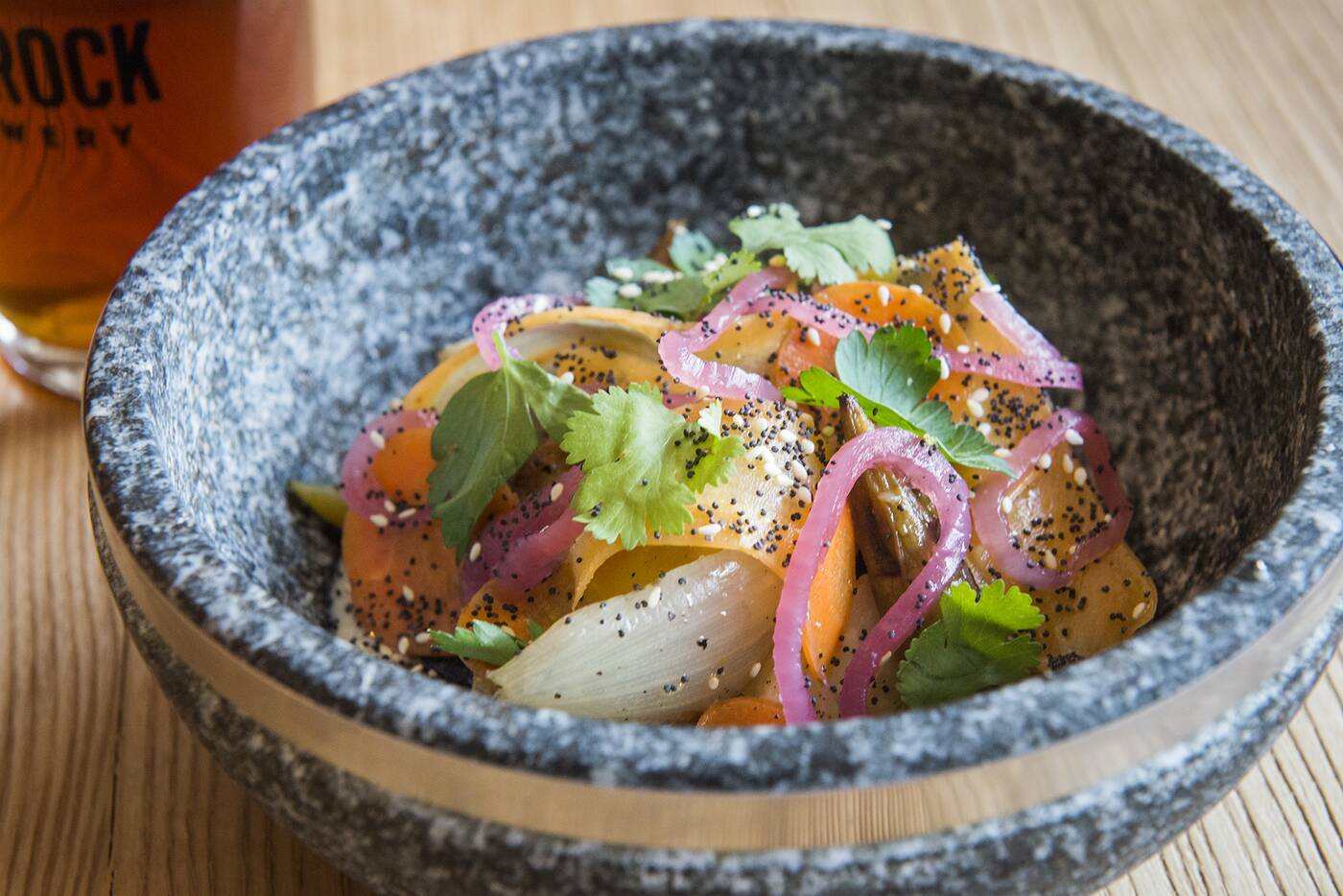 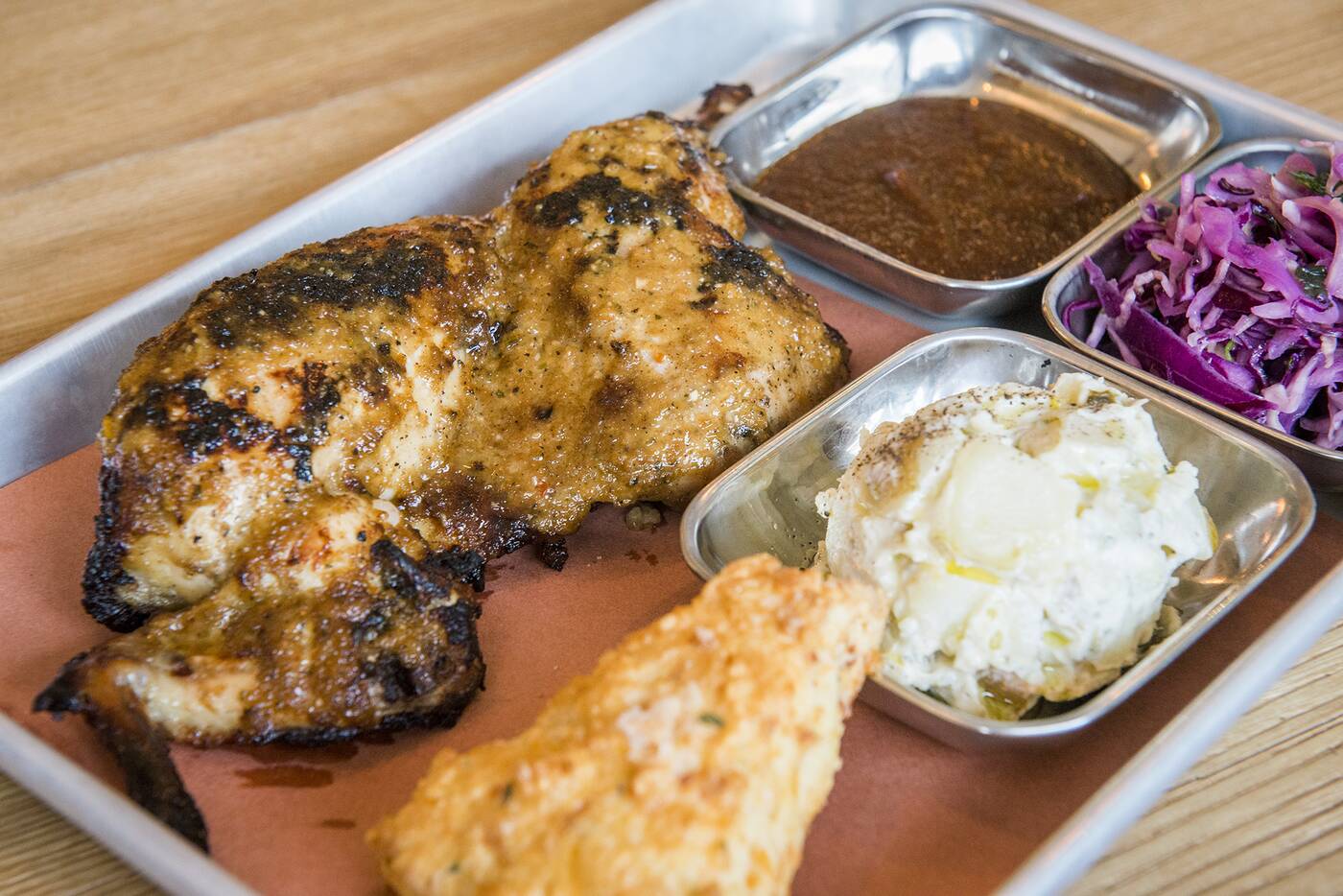 The BBQ jerk chicken platter (half $19, whole $37) is also available on their BBQ takeout menu. It’s served with an ale BBQ sauce, a yummy potato salad, red cabbage slaw and a pilsner cheddar scone. The chicken’s also been brined in Big Rock pilsner for twelve hours. 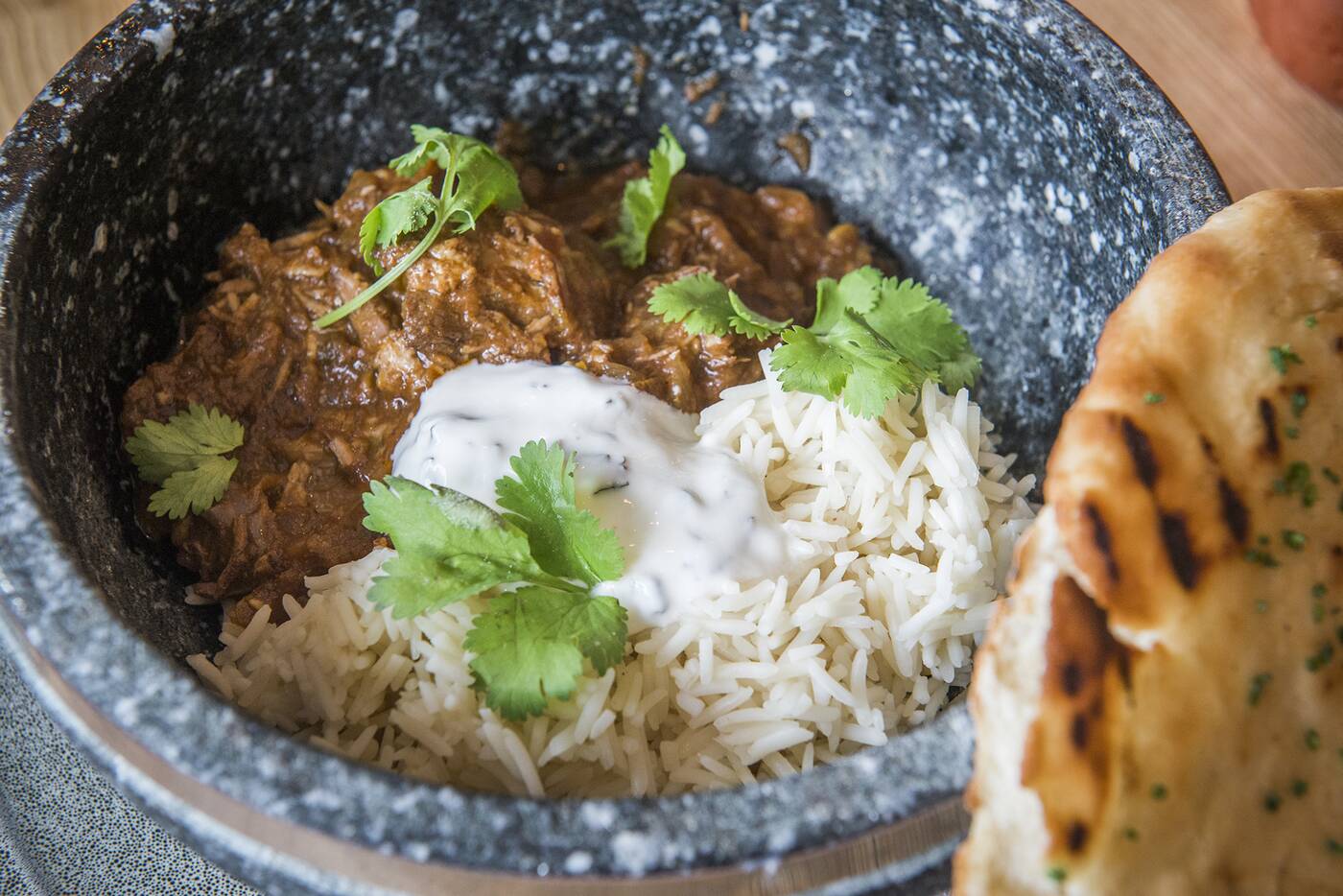 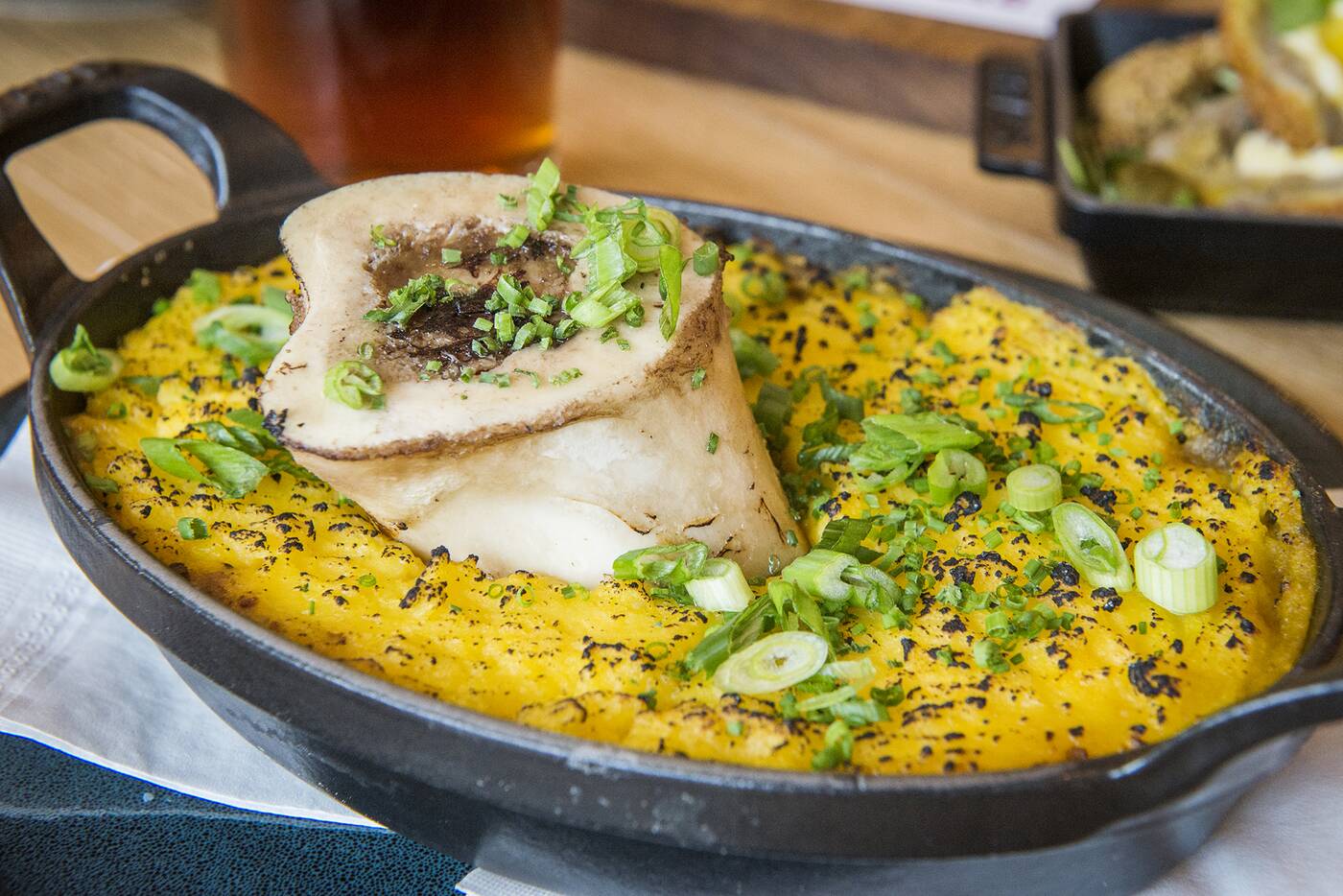 You have to get the bone marrow upgrade with the cottage pie ($20): the buttery flavour of the marrow greatly enhances this classically comforting dish made with a carrot and spud mash. 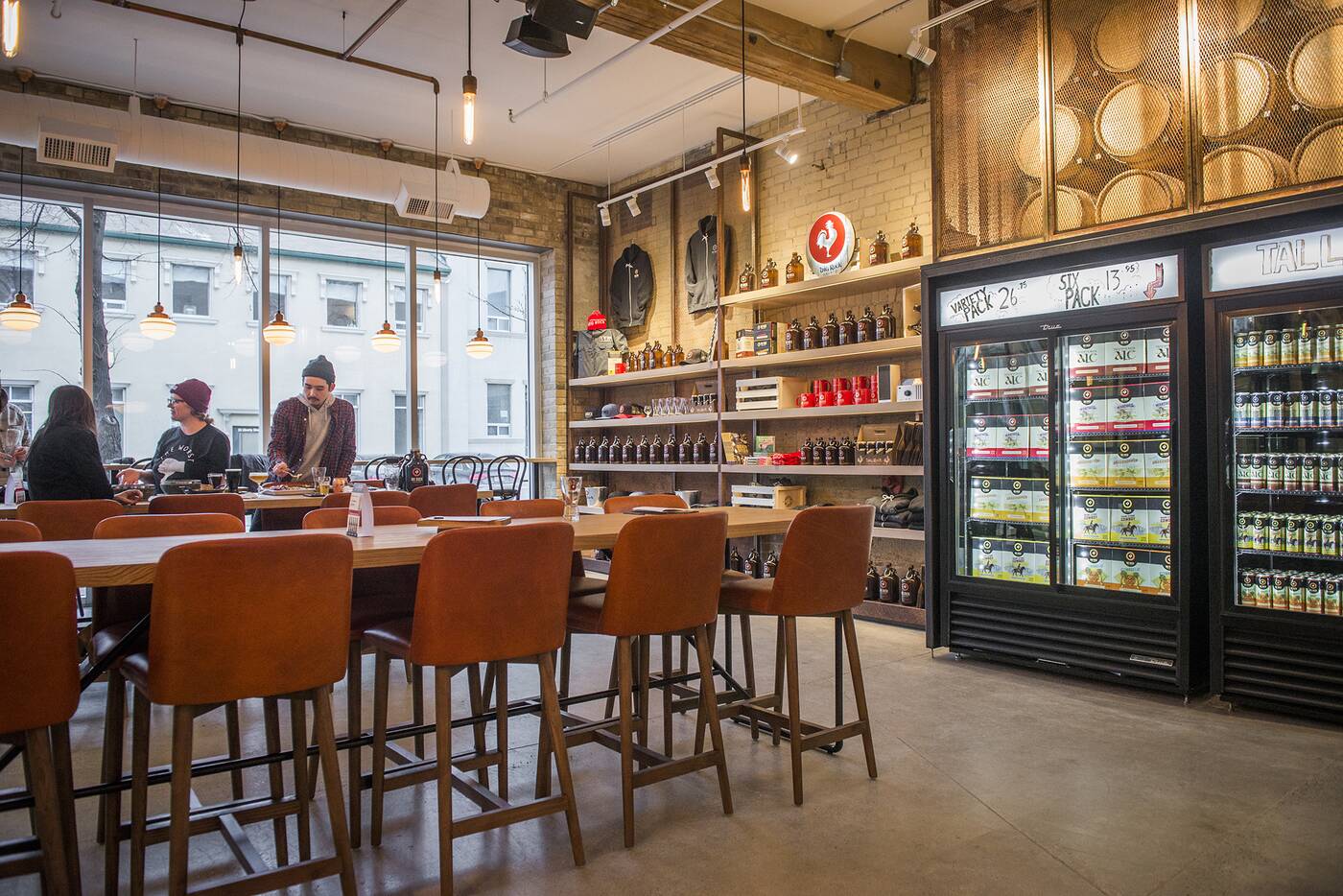 Upstairs is a bit more casual, more of a place to try some different brews and maybe have a snack before selecting something from the bottle/gift shop to take home. 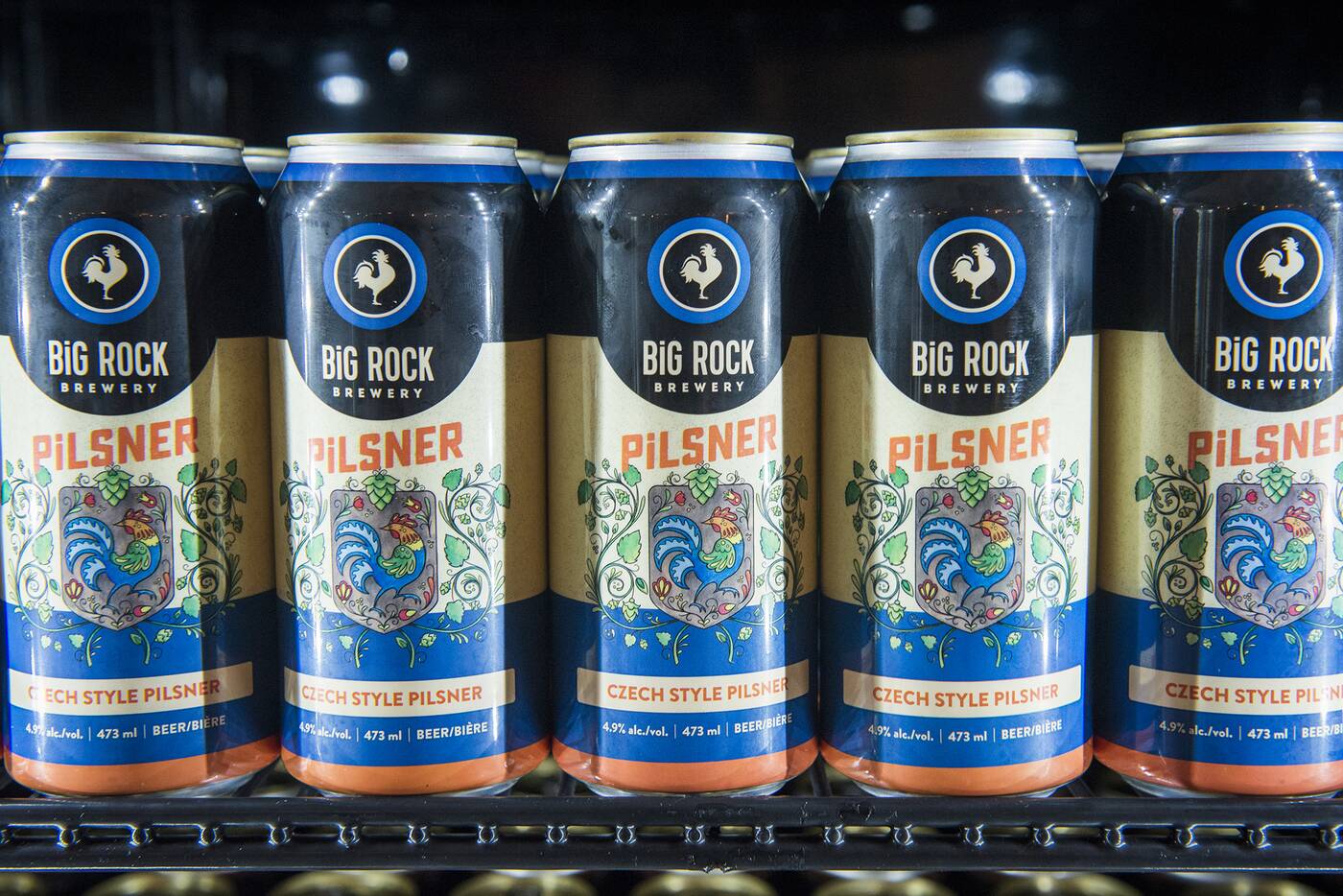 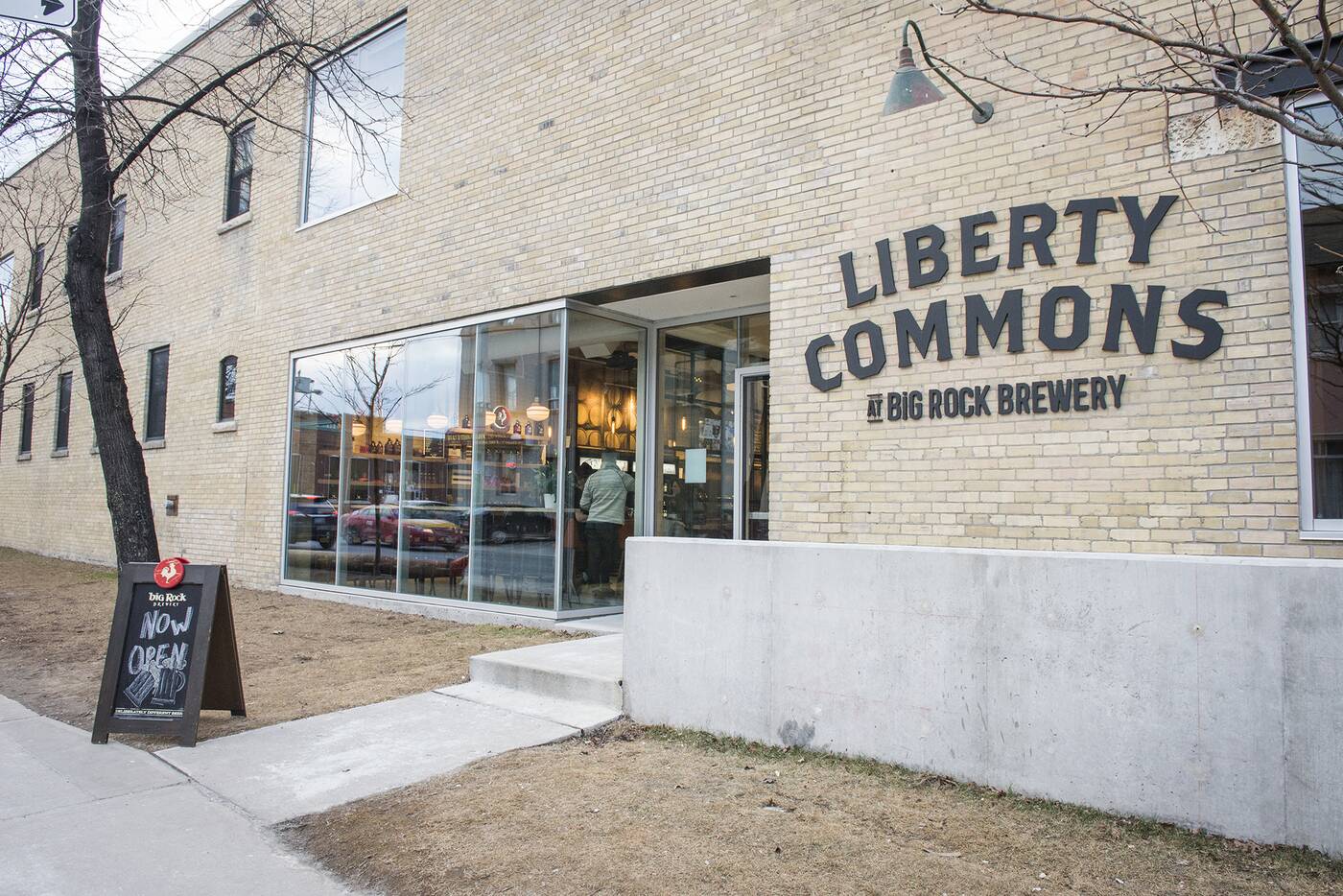