The John 3 is subdivided into two separate bar areas: the John 3-Way and the John 3-Peat.

The original location resides on Bloor and used to be called The Jim, and the John 2 is situated in Little Italy. 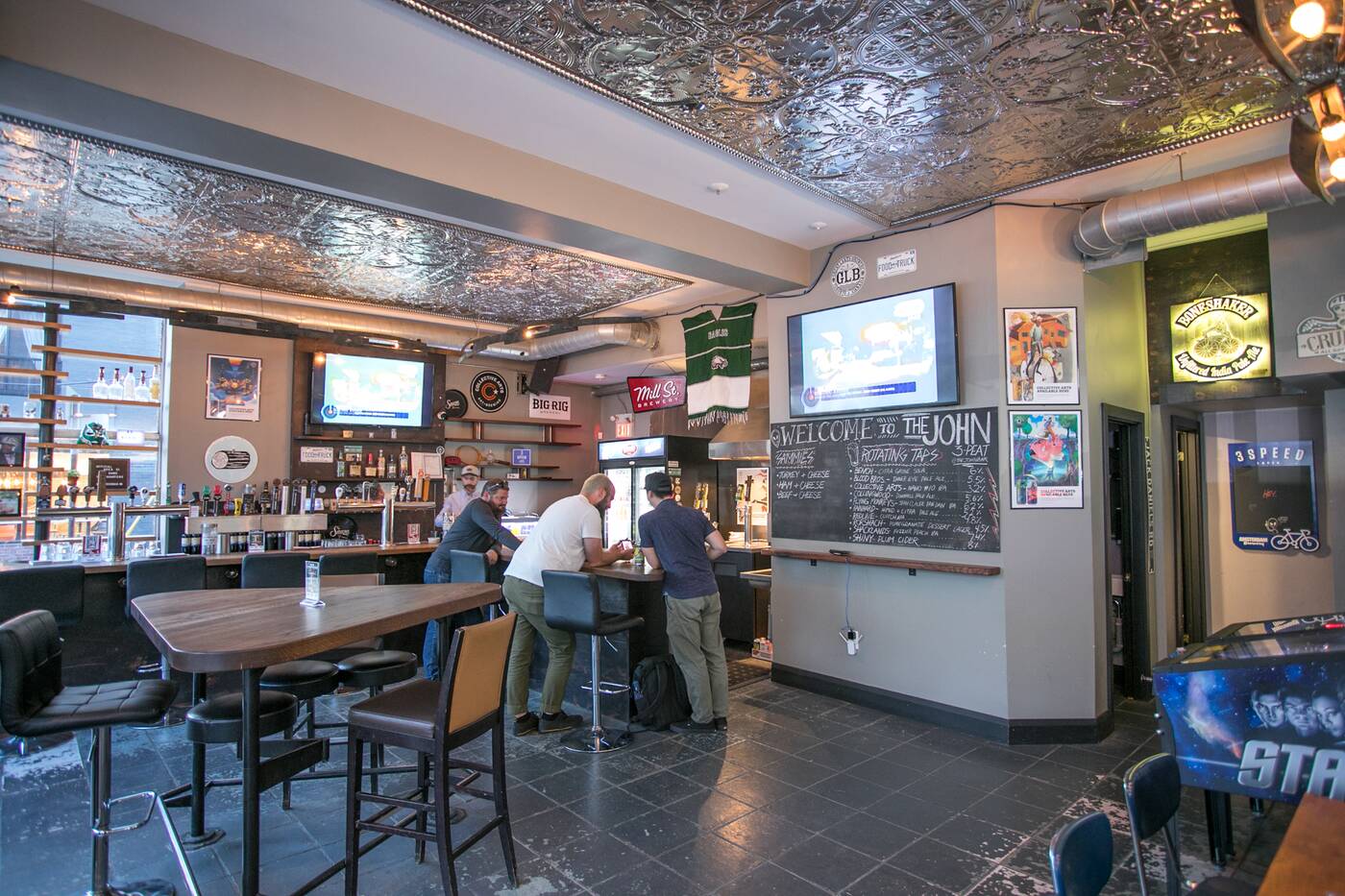 Formerly home to Aft and KT bar, the corner space has huge windows, three arcade games and a slightly limited menu, though there should be a hole in the walls between venues so you can order from the entire menu. 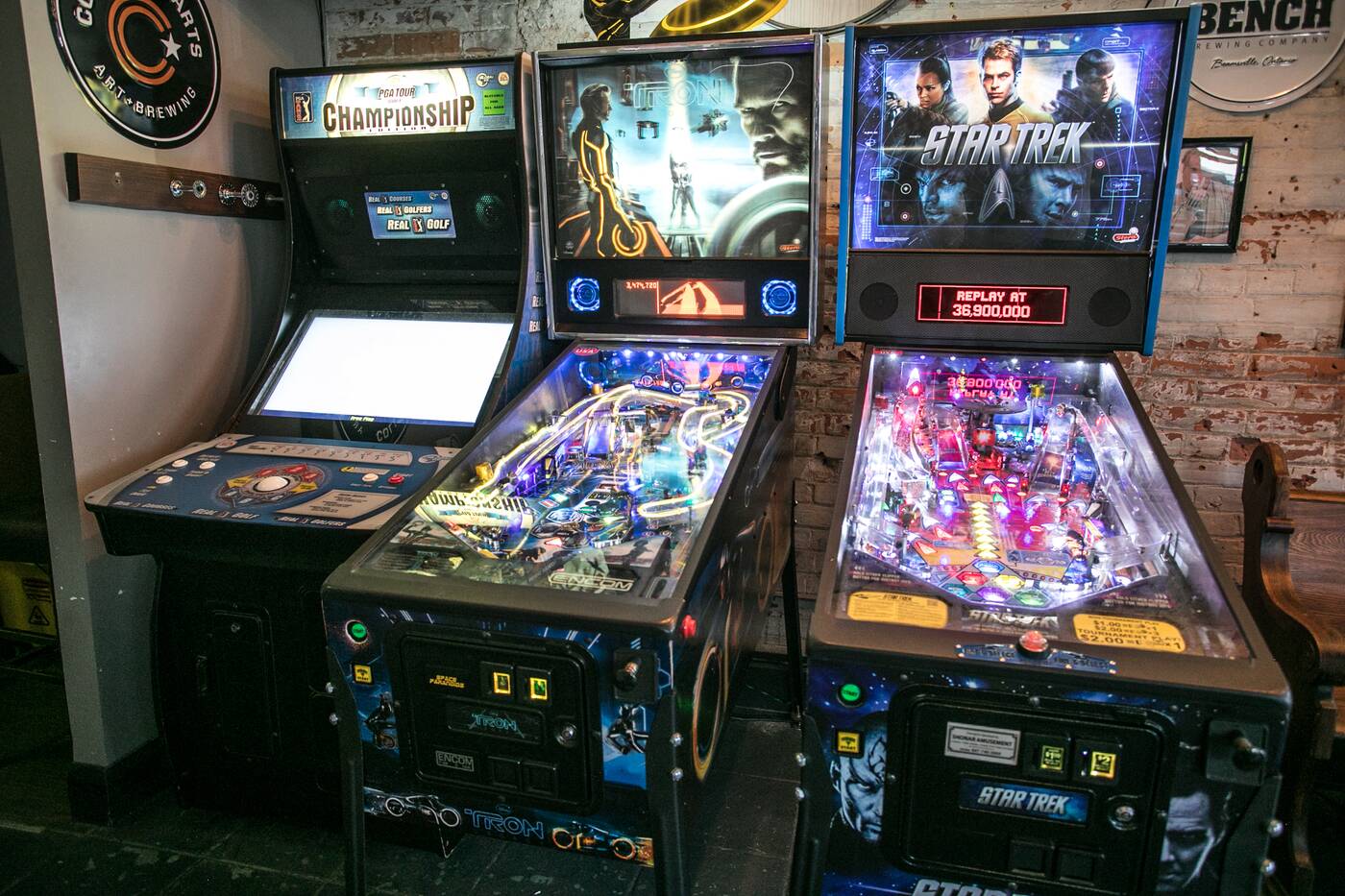 It’s either that or get it delivered to you in a takeout container from the other space. 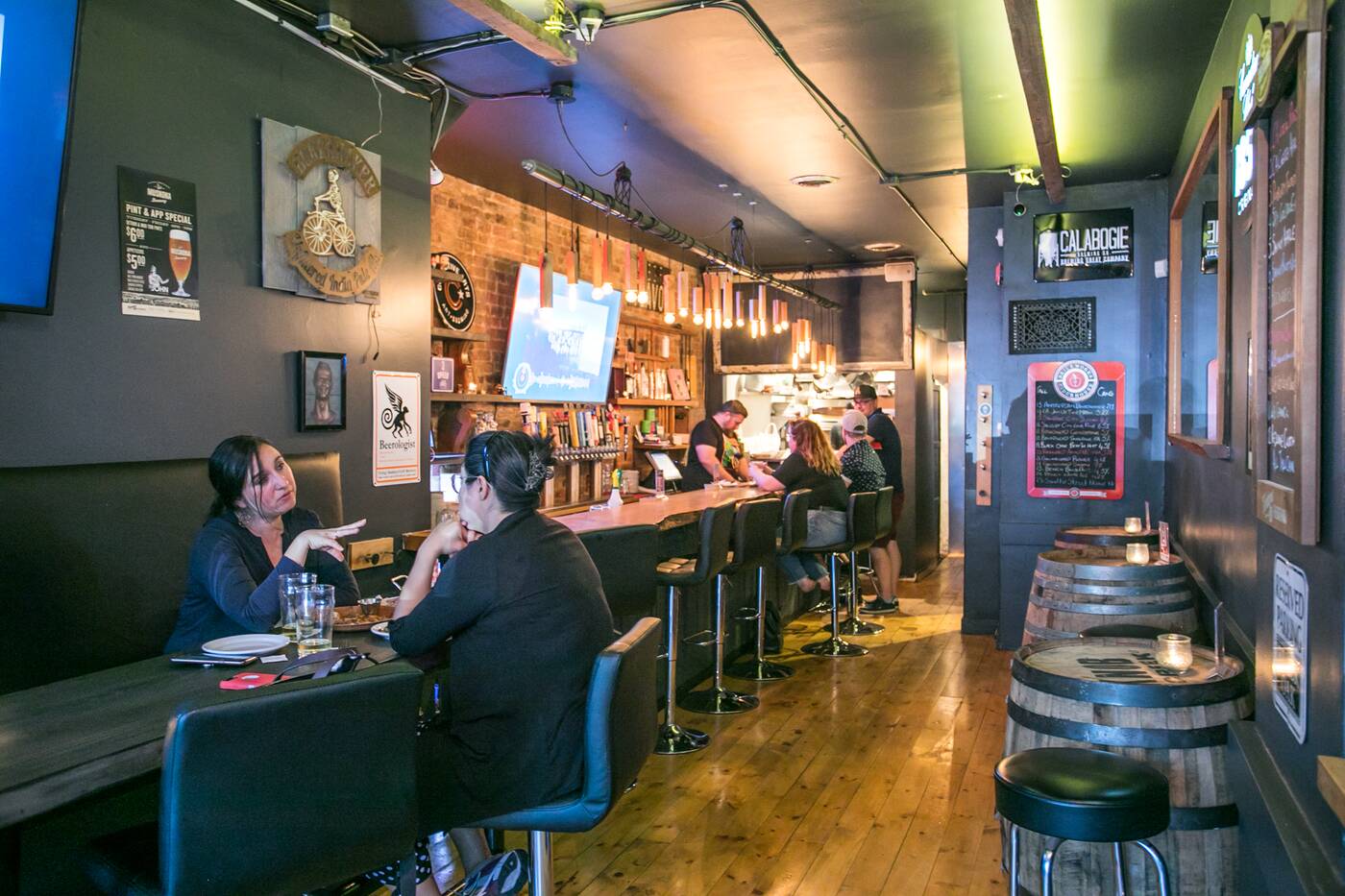 This other space in question is long and narrow, but has a heated 35-seat patio out back with its own set of taps. 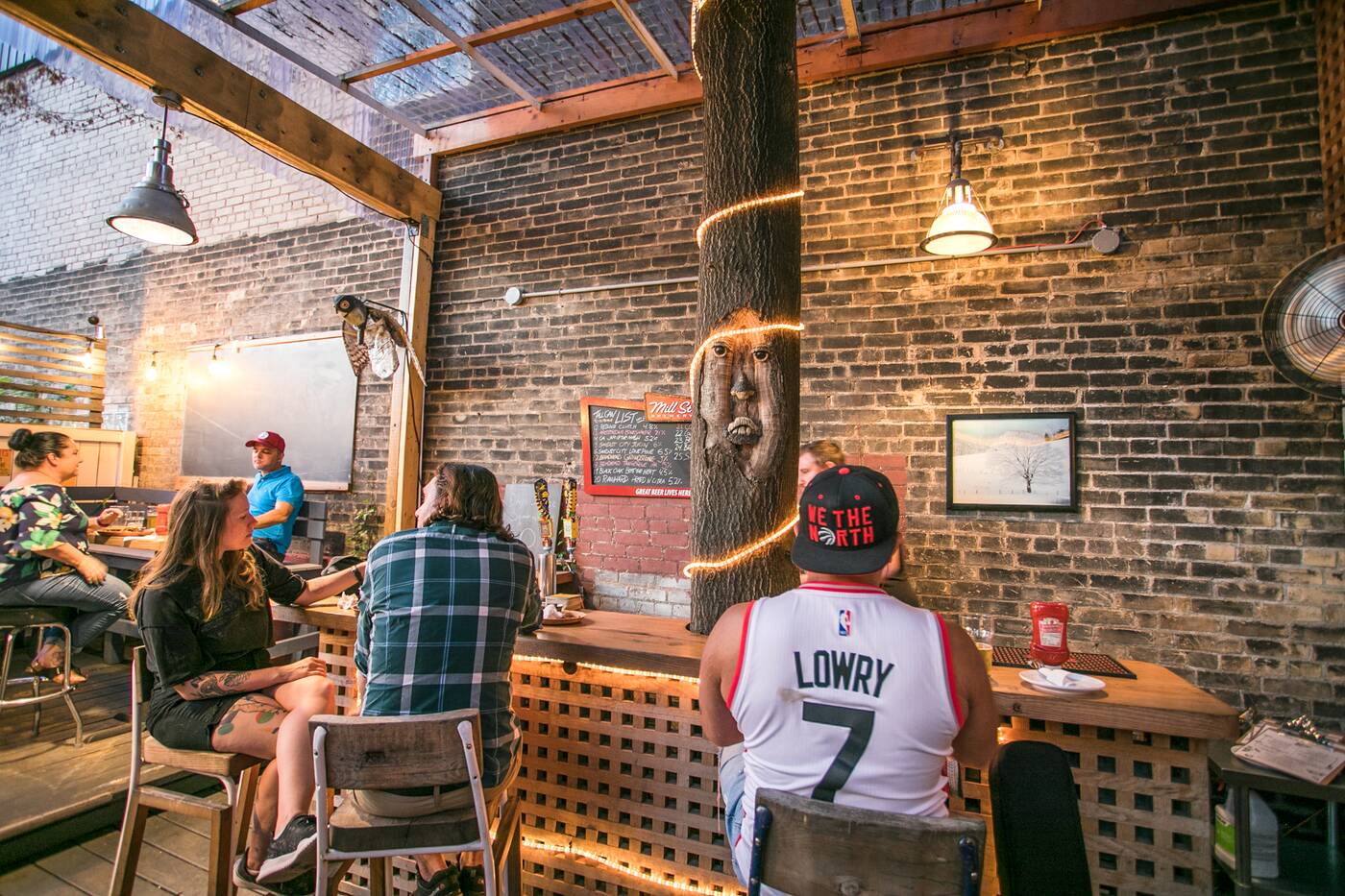 A springy elevated area can be forgiven its shakiness for the face carved into a tree, retractable roof and music videos playing outdoors. 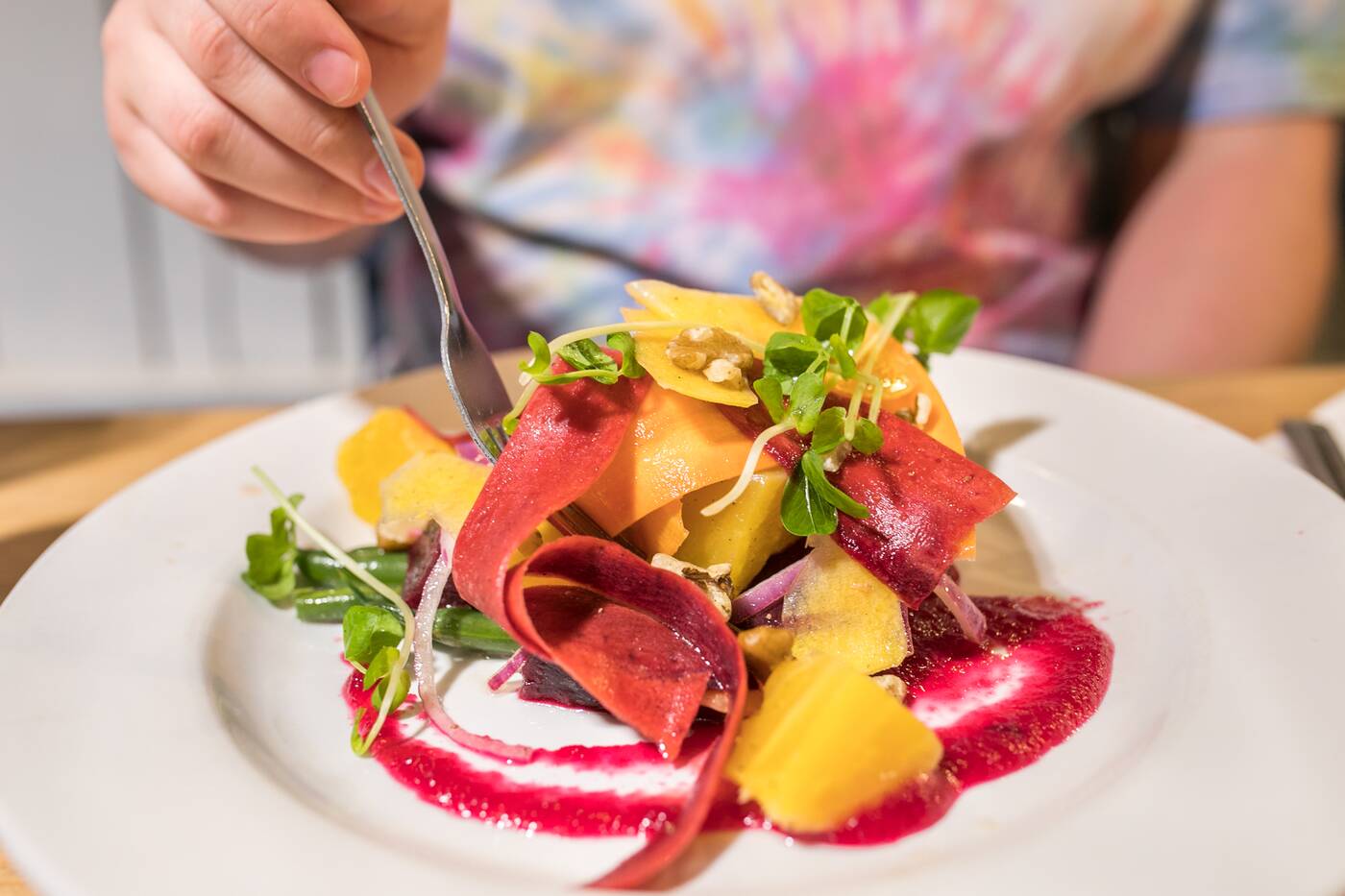 A vegan Jan Terri Salad ($13) epitomizes the John's offbeat sense of humour, though the salad itself is actually pretty elegant and well-thought-out.

Snappy ribbons of heirloom carrot top golden and red beets, red onion and green beans scattered with walnut all resting on a beet purée and dressed with a clean white balsamic. 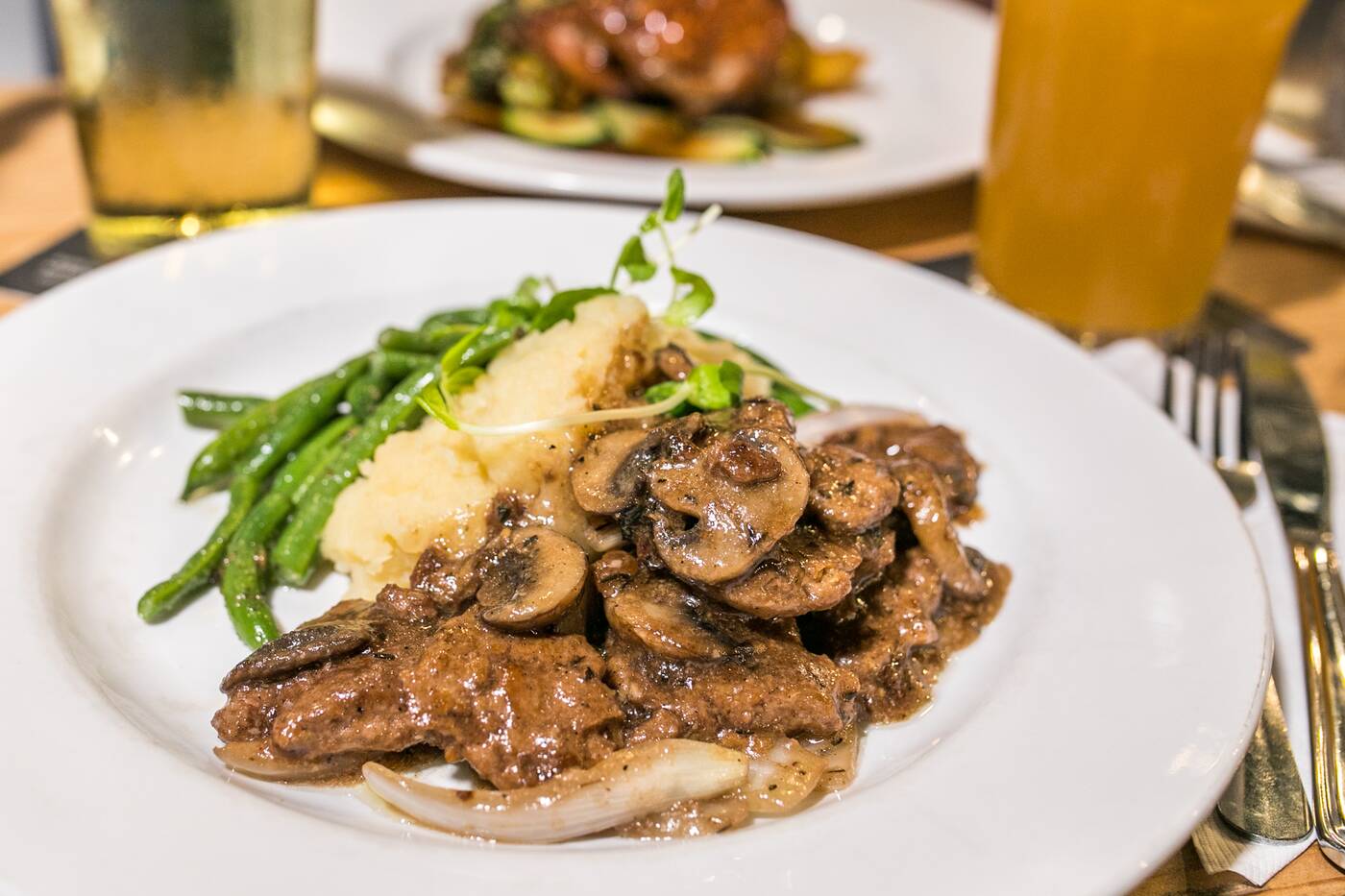 The Beyond Meat burgundy ($18) is somewhat obviously vegan as well, essentially an imitation of beef bourguignon. It’s not really the same but it’s a tasty vegan stew with all the typical bourguignon veggies, accompanied by green beans and a creamy, yet earthy celeriac mash. 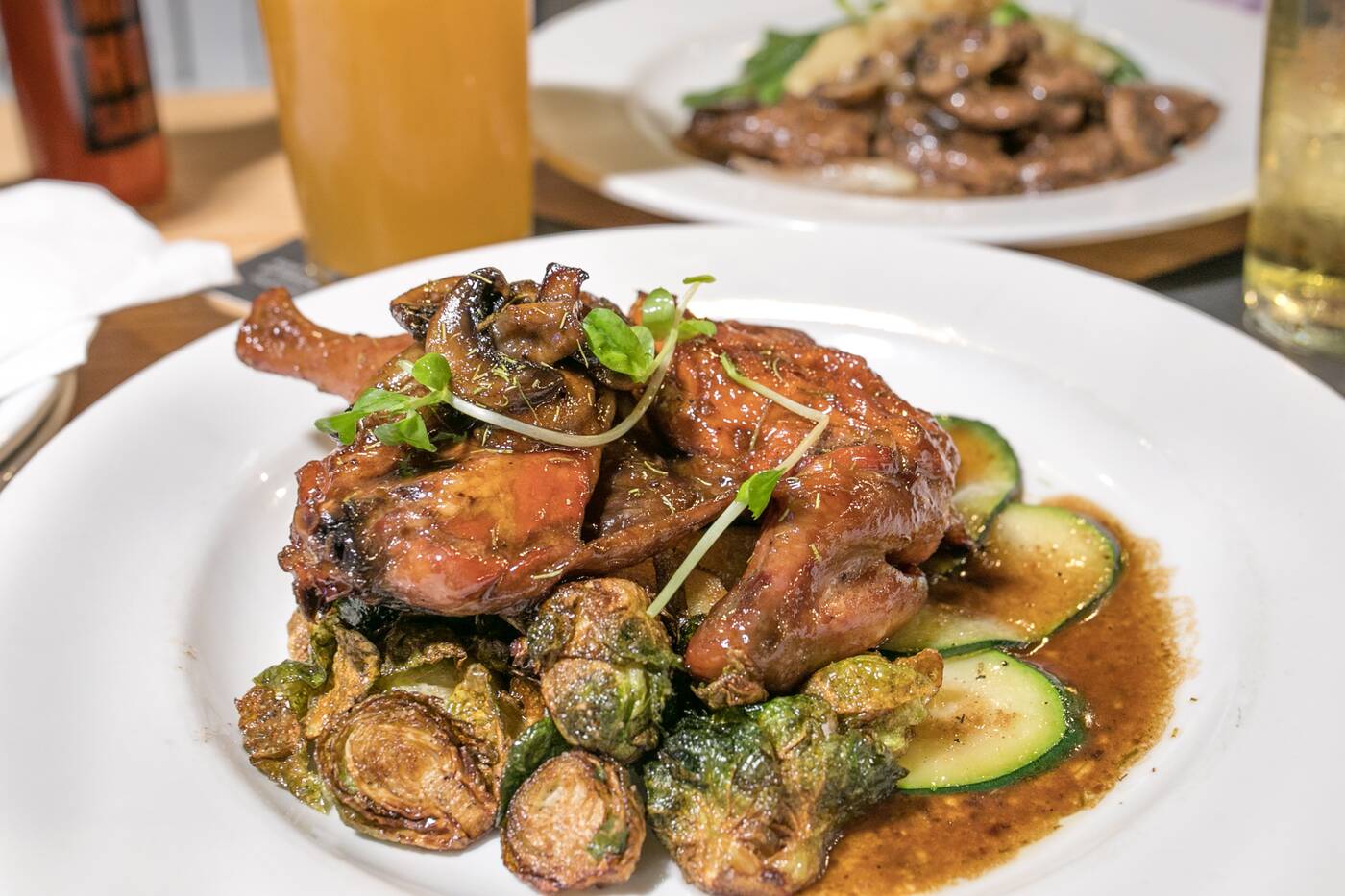 Smoked Cornish hen ($21) gets several hours in the on site smoker, a little tough but very smoky and accompanied by some nice crispy blackened Brussel sprouts I could eat a whole bowl of on their own.

Fingerlings, golden beets and zucchini crowd the plate a bit, but a spruce tip infused mushroom wine pan jus wakes everything up. 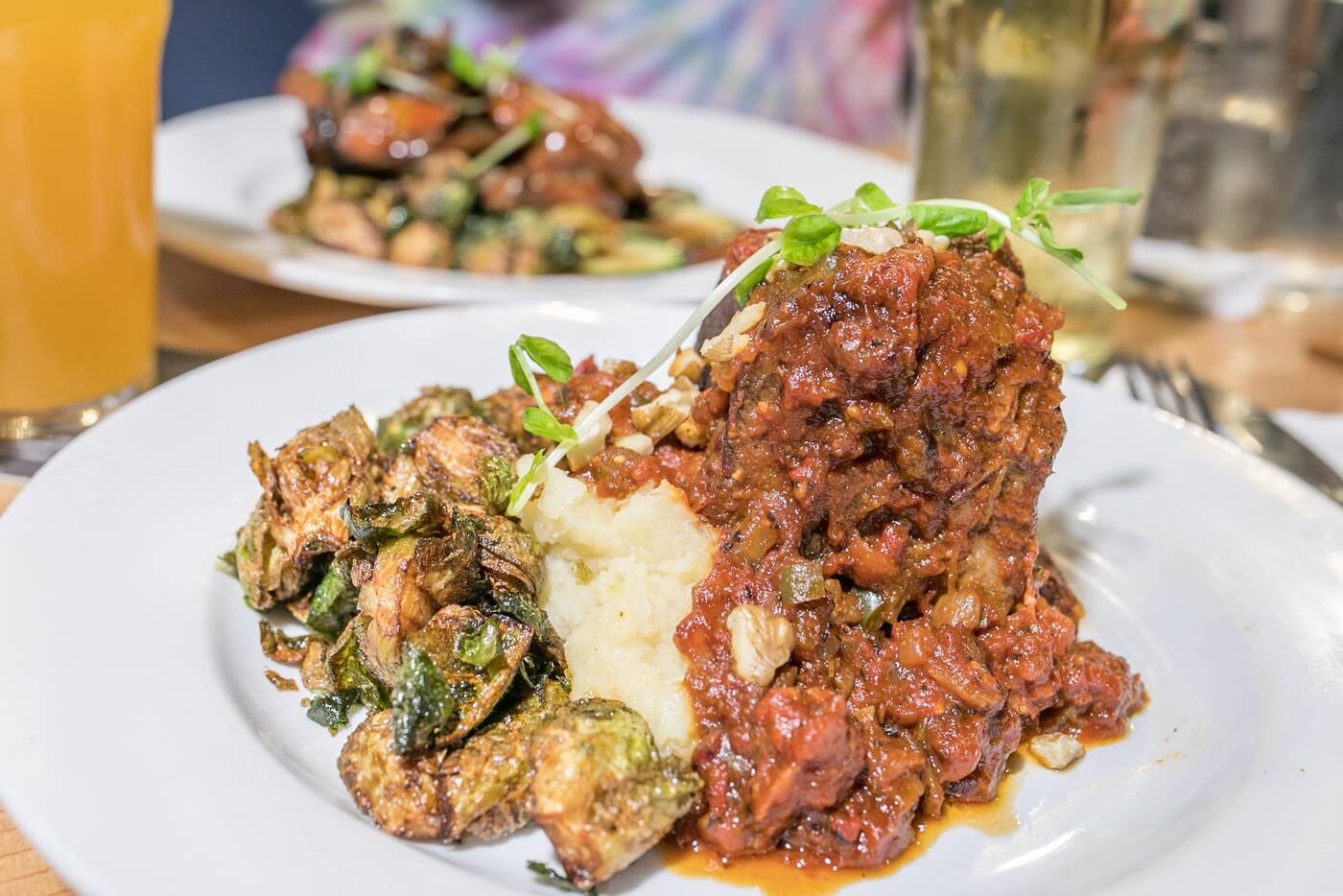 Bison short ribs ($23) are smoked and slow braised for hours but still a tad tough, a bit of chewy silverskin still clinging to the top. A viscous red gravy is lively with creole flavour, and our old friends walnuts, celeriac mash and brussel sprouts make a welcome reappearance. 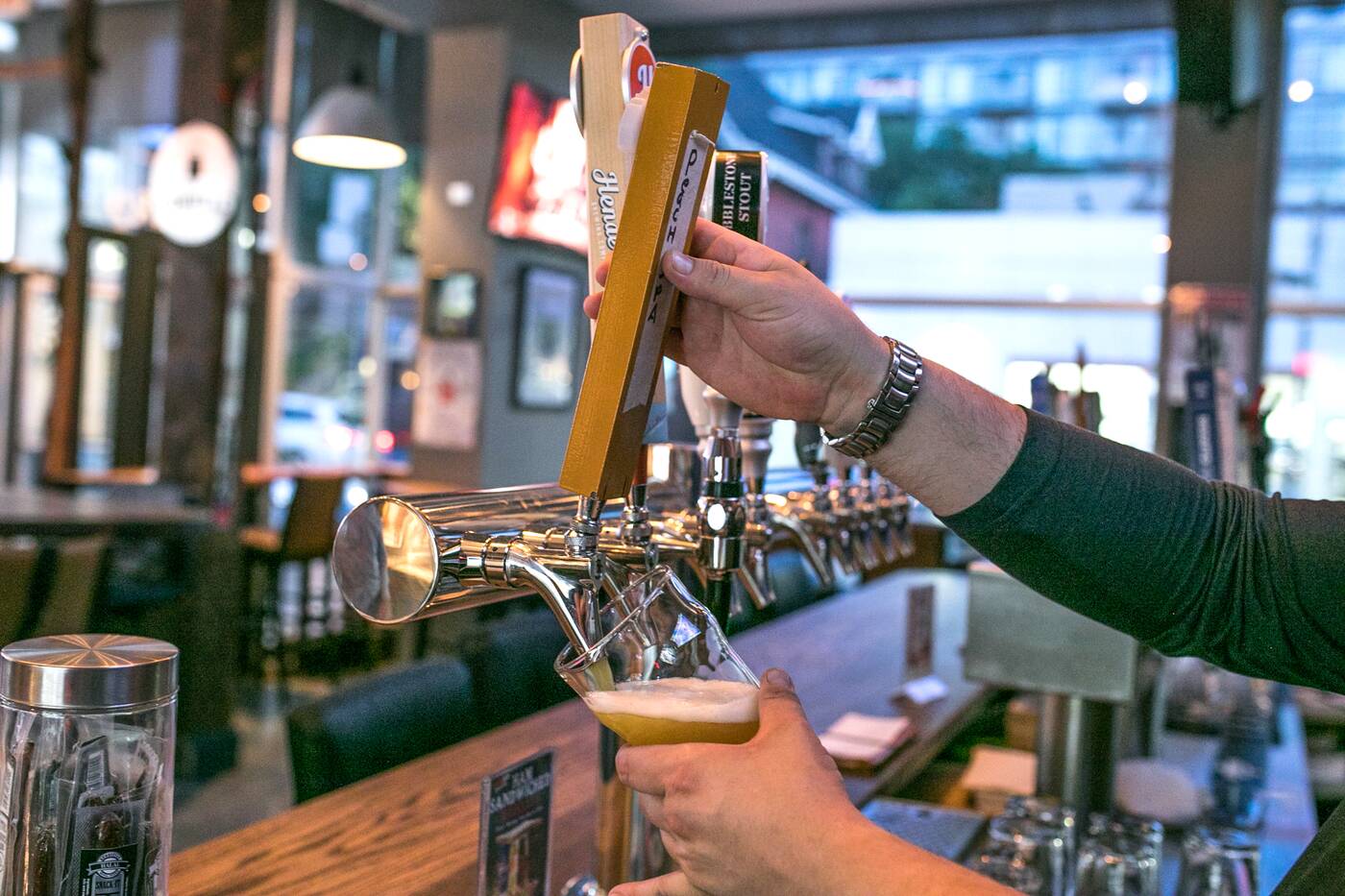 The corner space here is equipped with 36 craft taps, while the other spot has 20. 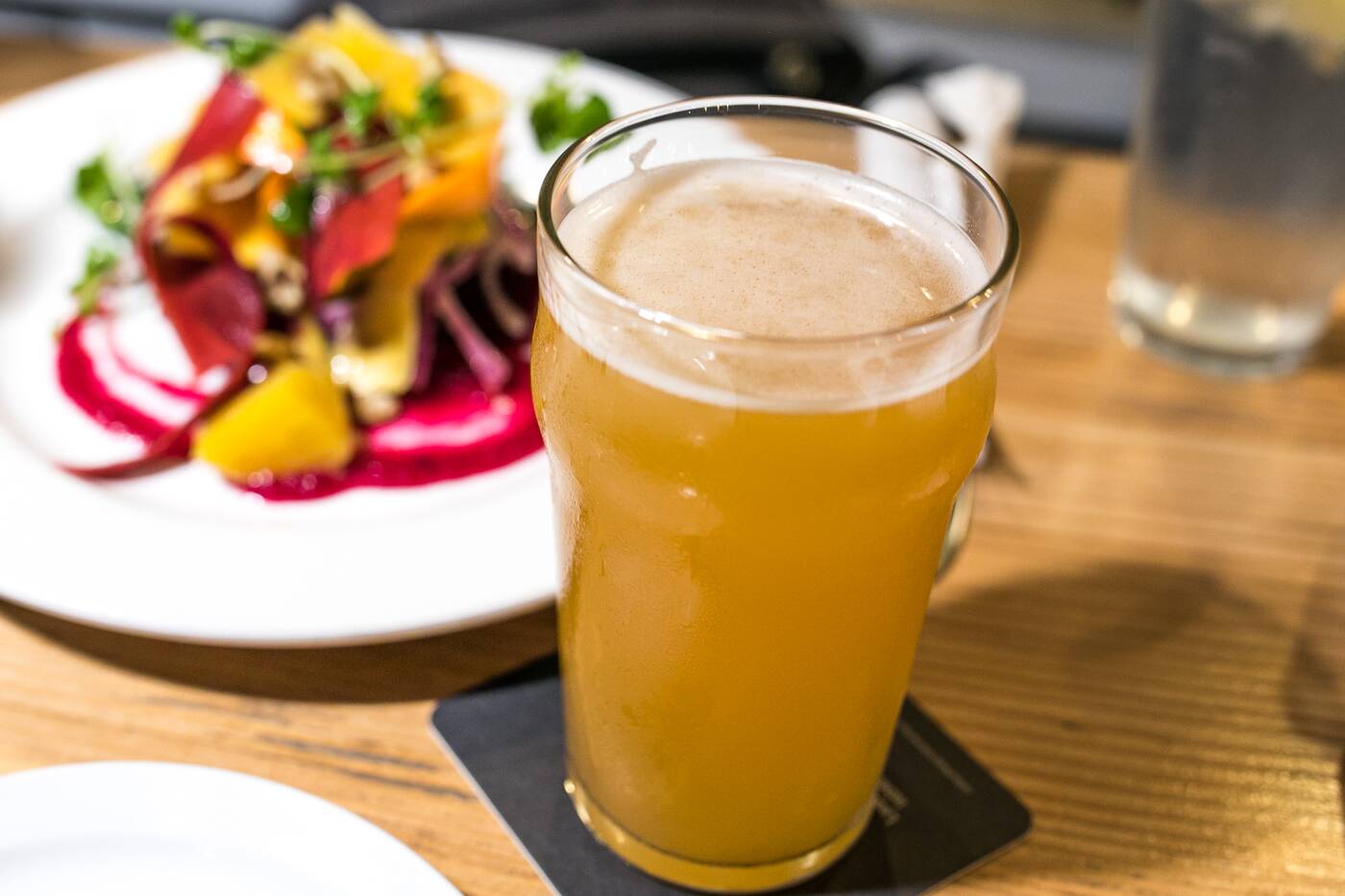 Among them, you might find options like the Fuzzier Peach from Shacklands, an IPA with a bold fruity flavour. 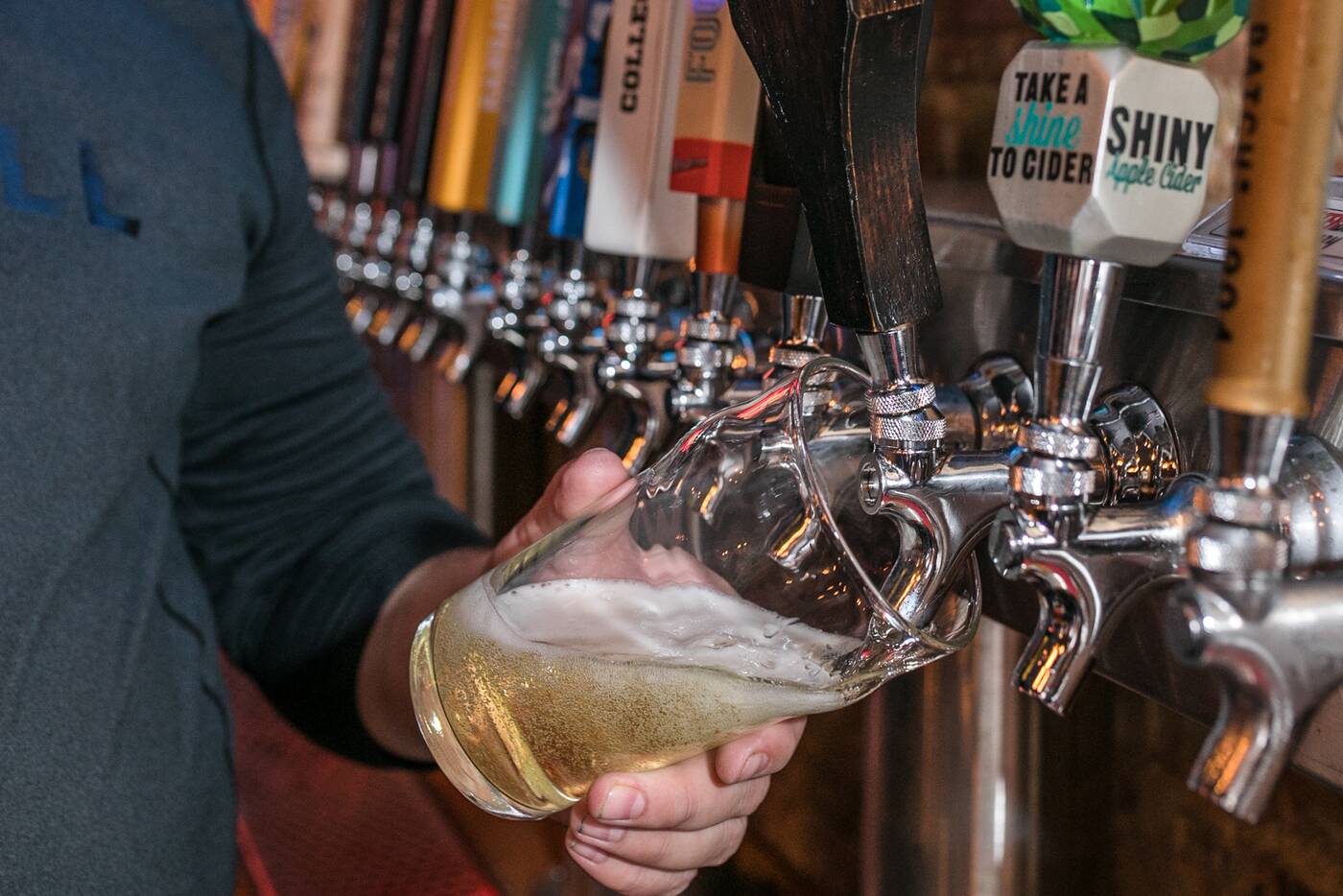 There are also over 11 ciders in stock, including some fun varieties like one from Shiny aged in whisky barrels with a distinct vanilla taste. 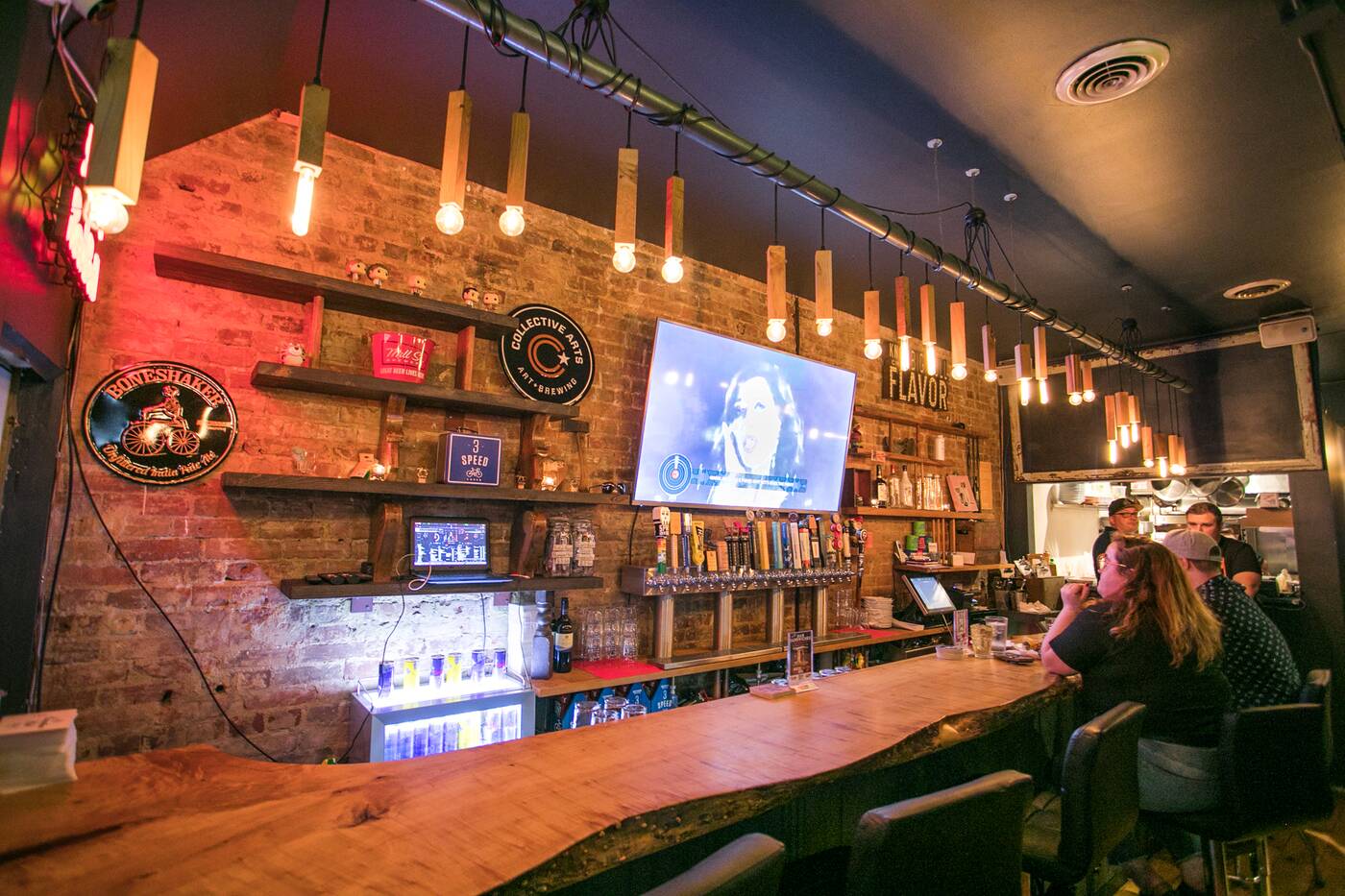 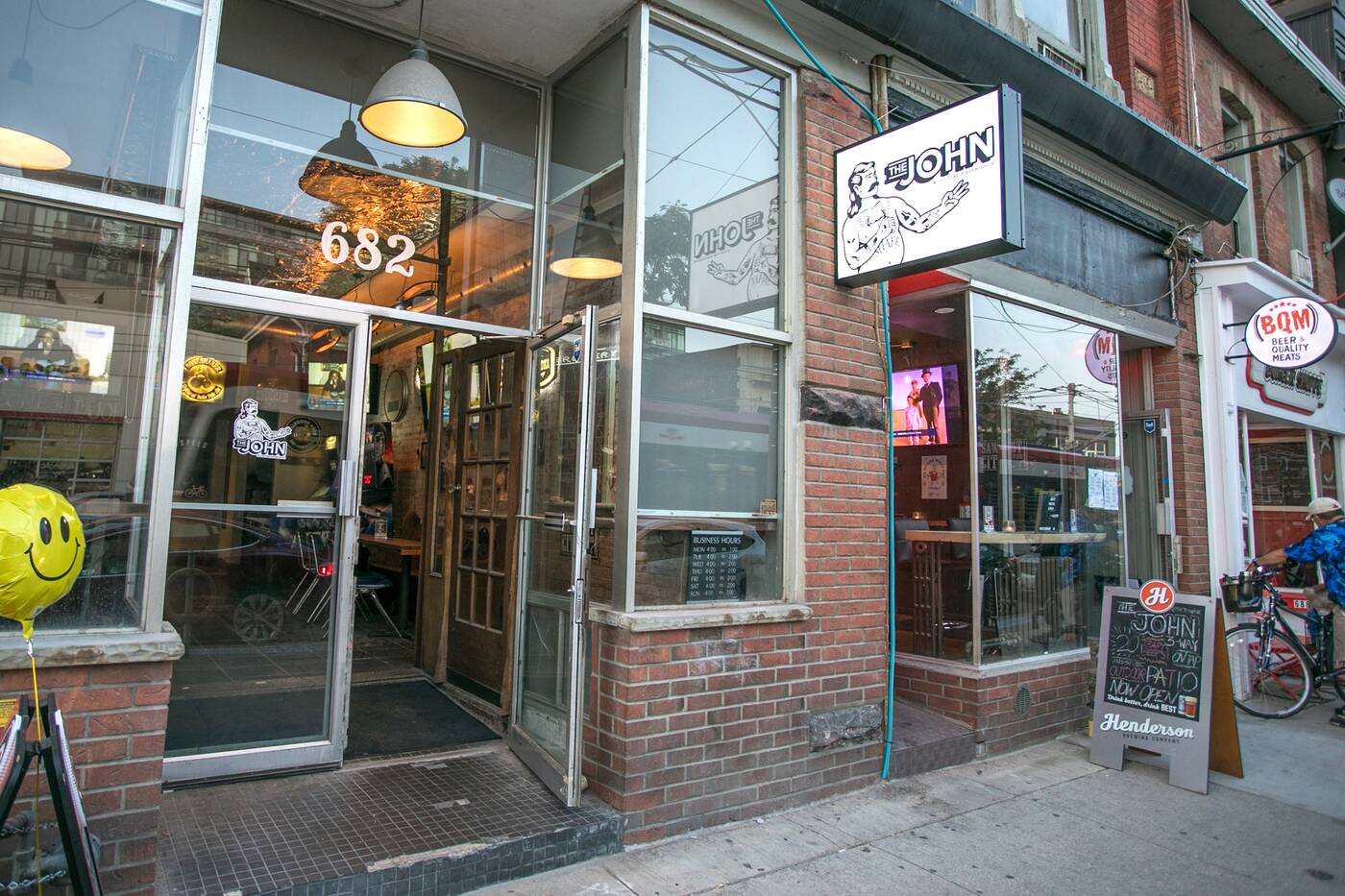