The Jim took over the space of Orchard as a local bar, but with a serious upgrade to the menu with over 40 taps and wild food options with proteins like kangaroo, gator, bison and wild boar.

At its core the name is a cheesy pun: you can tell your friends you’re going to The Jim and watch an impressed expression wash over their faces, when really you’re going for beers. 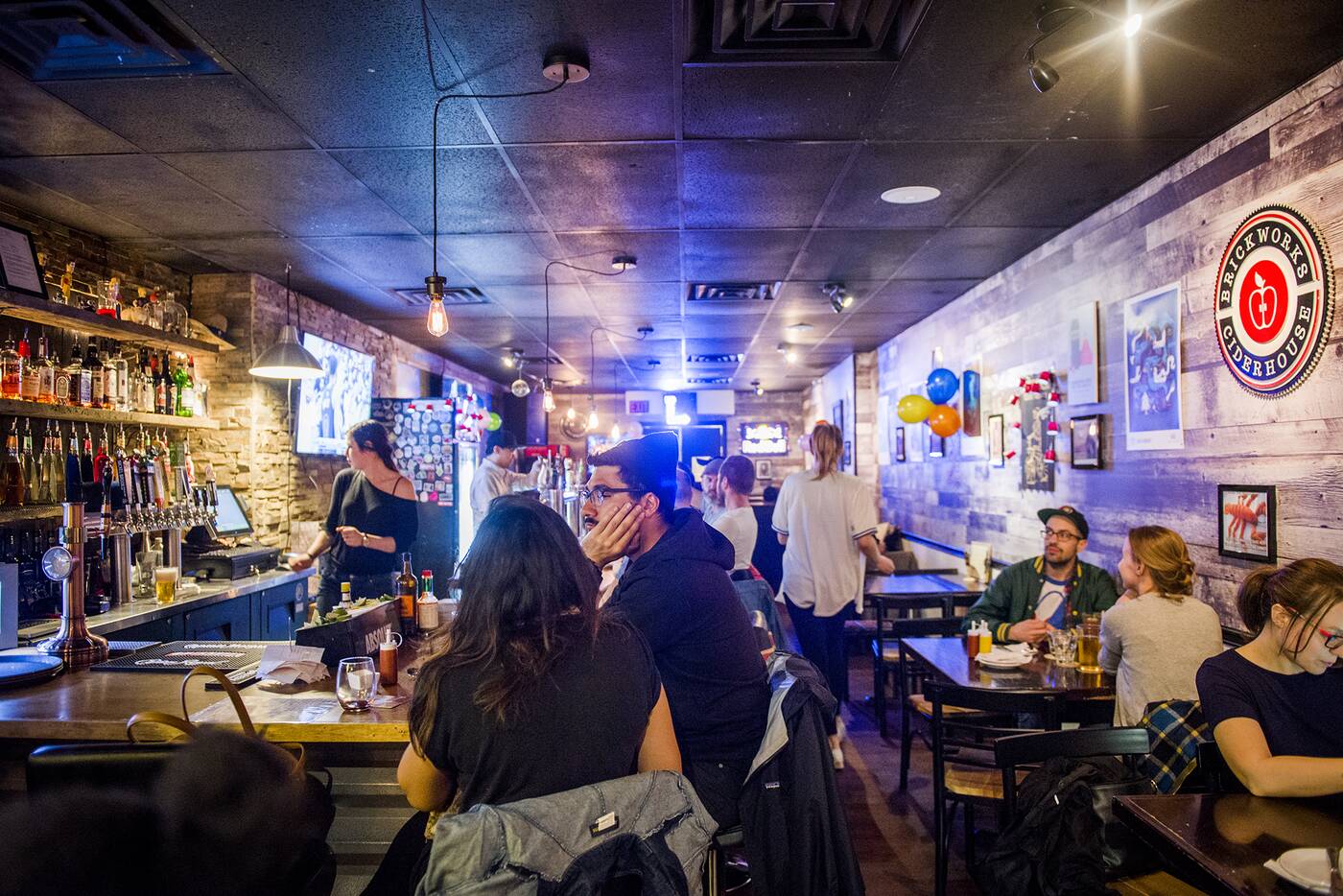 This decor follows through on this theme with a dorm room vibe, memes ironically printed off the Internet and framed, a few balloon animals from a previous night’s event scattered atop a functional piano. 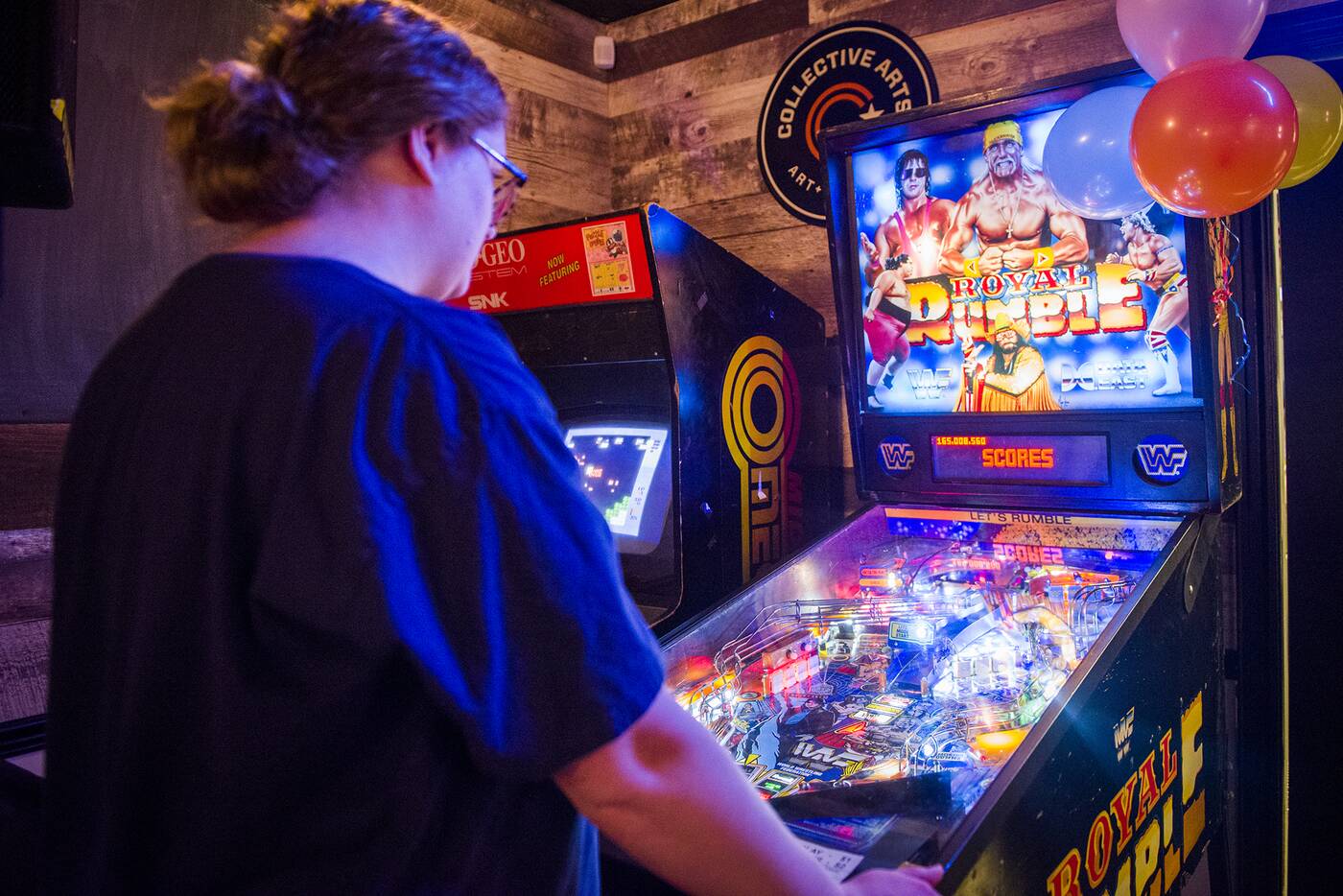 Head all the way to the back and you’ll even find a couple arcade games. 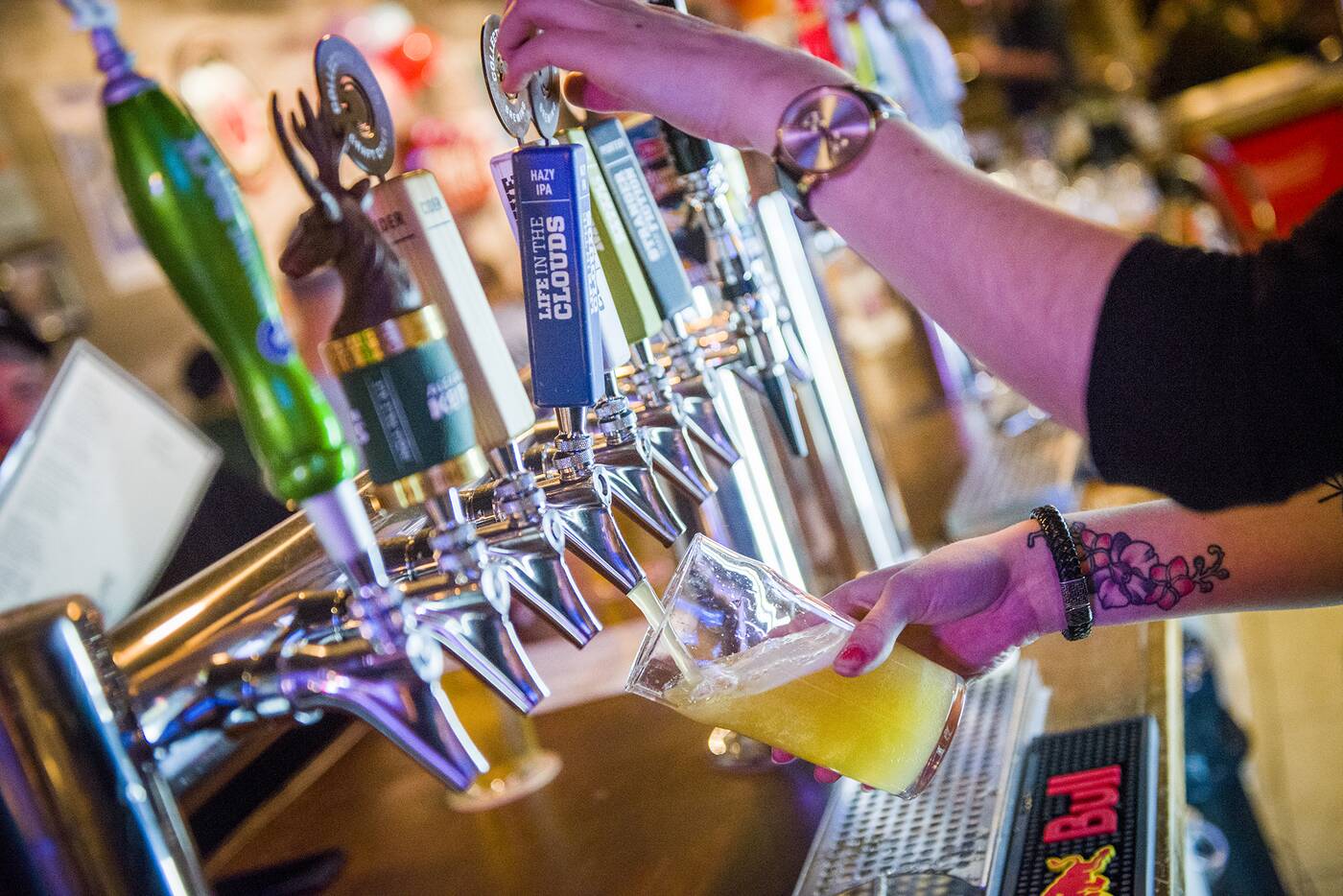 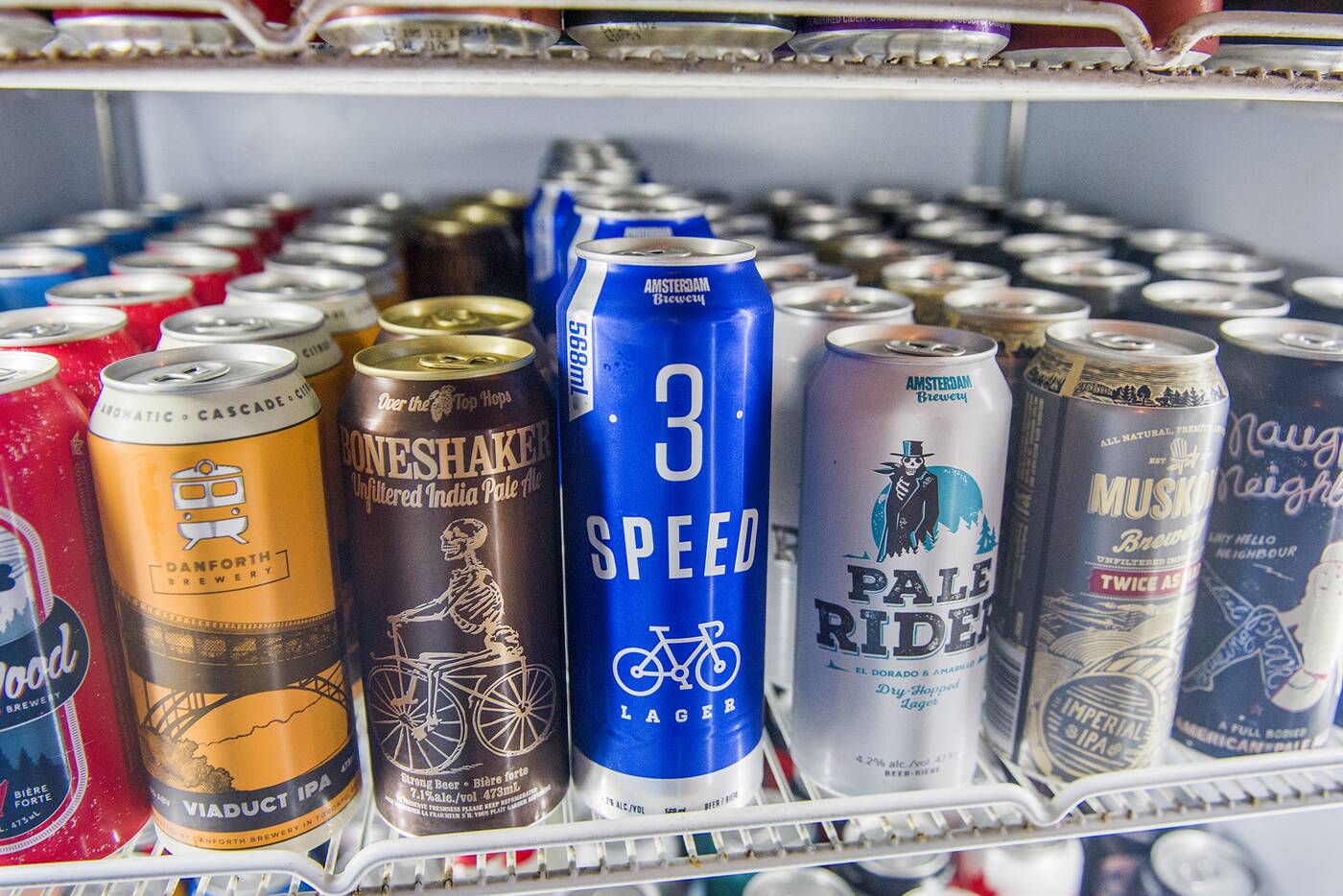 There are also around 25 tallboys stocked, including extra-large 568mL cans of 3 Speed. 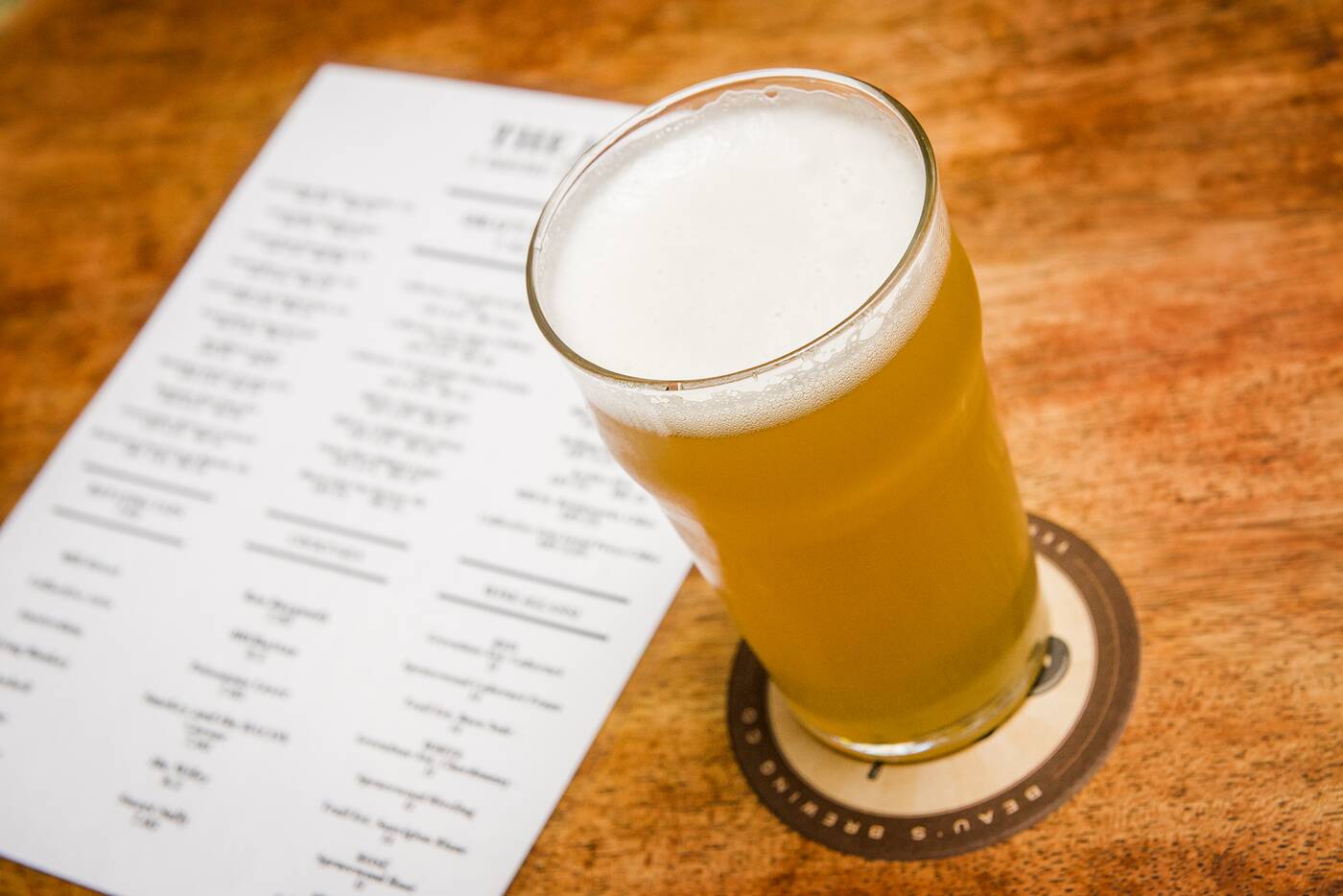 All draft is $7.05 across the board, which could make decisions easier or harder depending on how you look at it. With an ABV of 6.1%, it’s hazy with a lovely aroma. 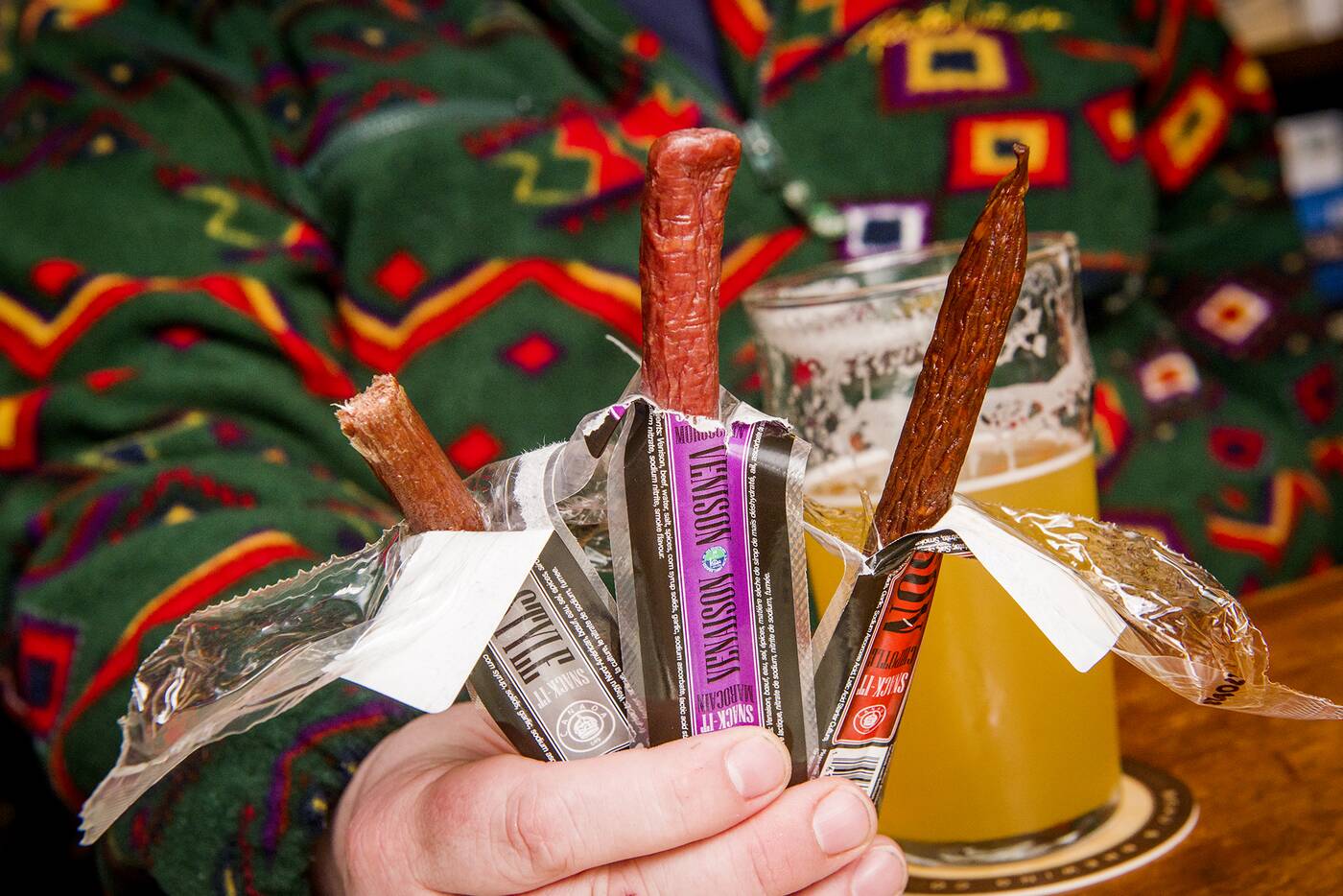 Pepperettes ($2) make for a cheap, yummy and very Ontarian snack, in flavours like venison and bison in keeping with the game meat theme. 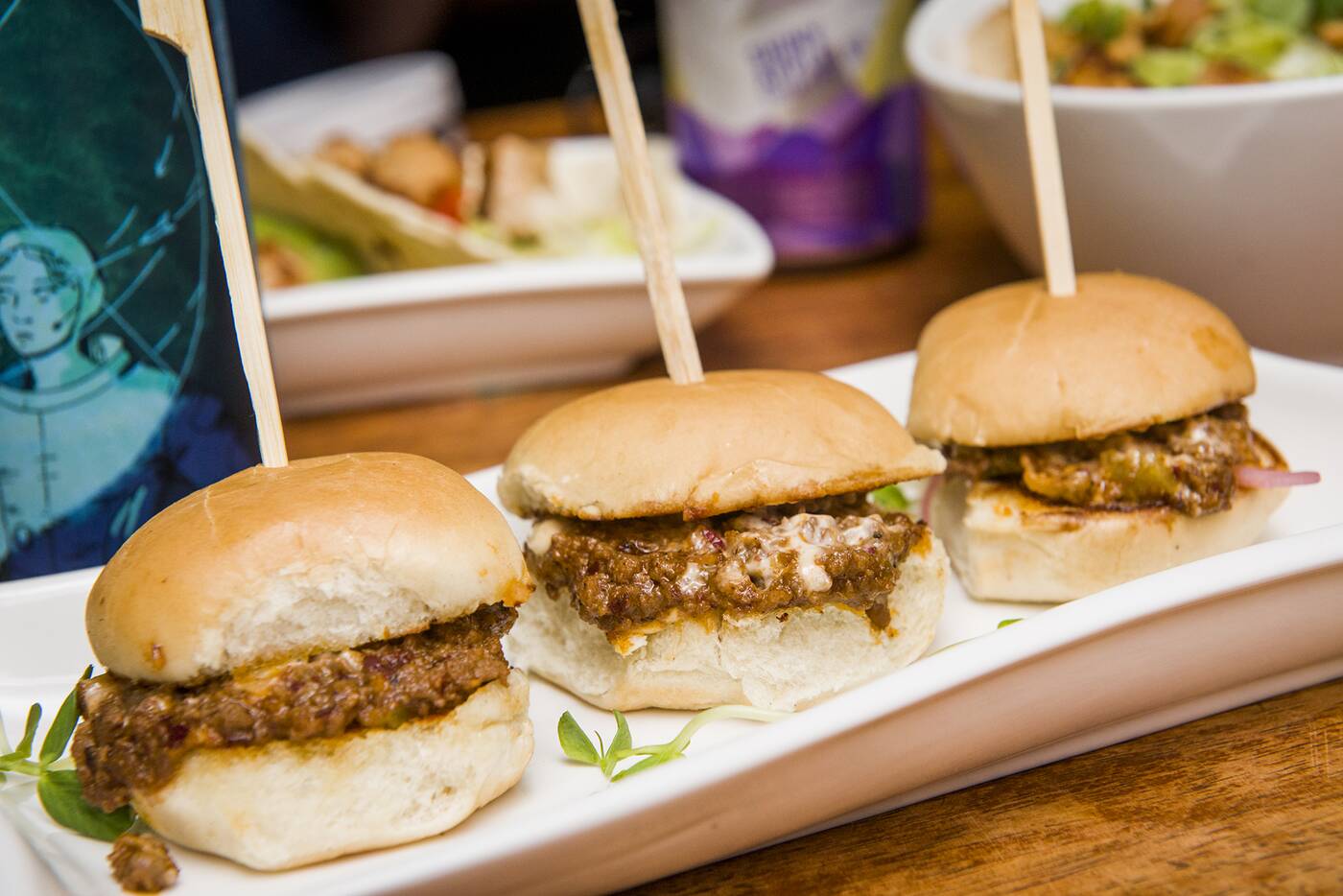 Sloppy Jim Sliders ($12.50) replace the usual chili for a Sloppy Joe with bison ragout, with pickled onion for some crunch and texture and smoked aioli for a little extra moisture and flavour. 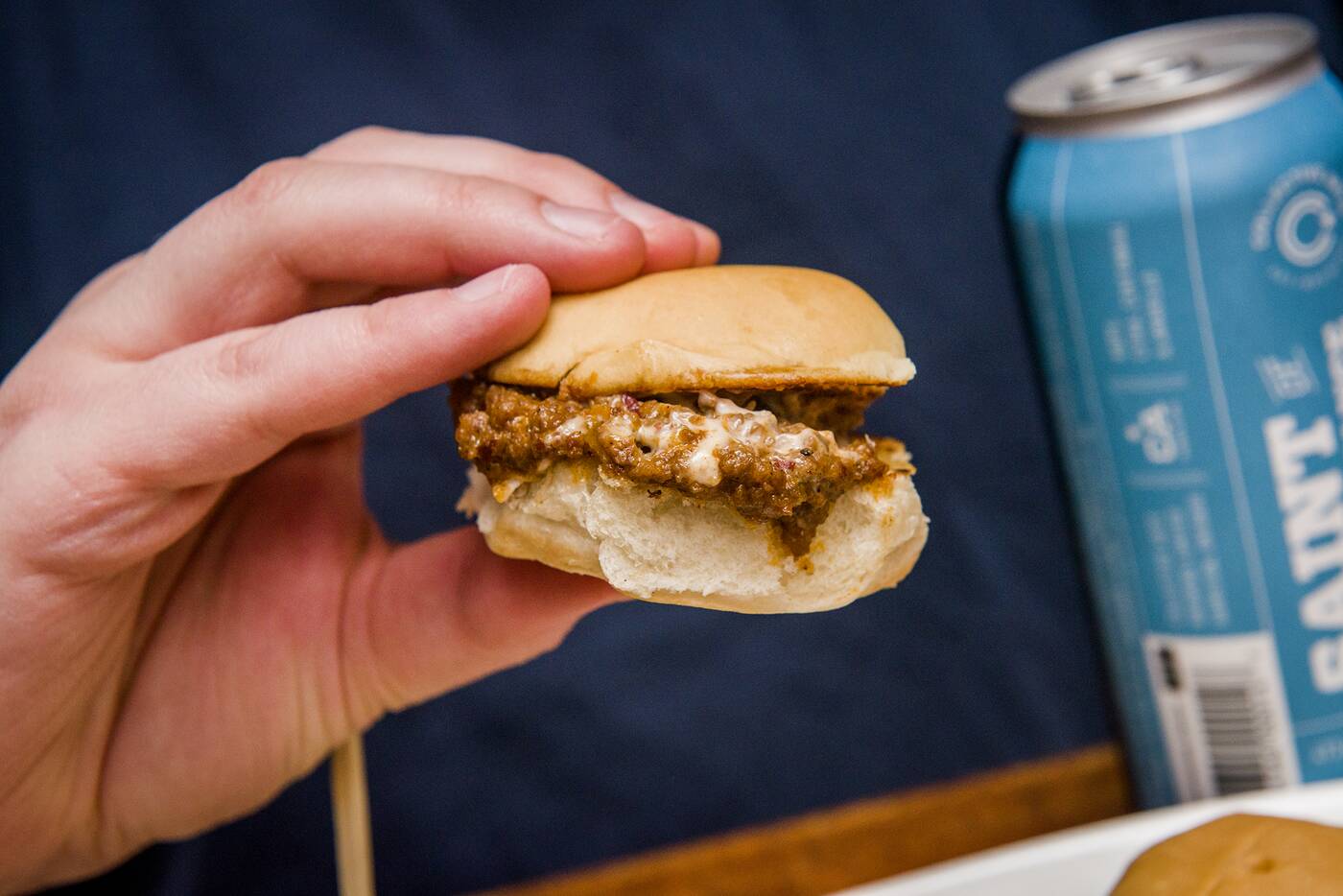 Munchable and easy to finish, this left me wondering about a special that night with the bison ragout topping a pappardelle. 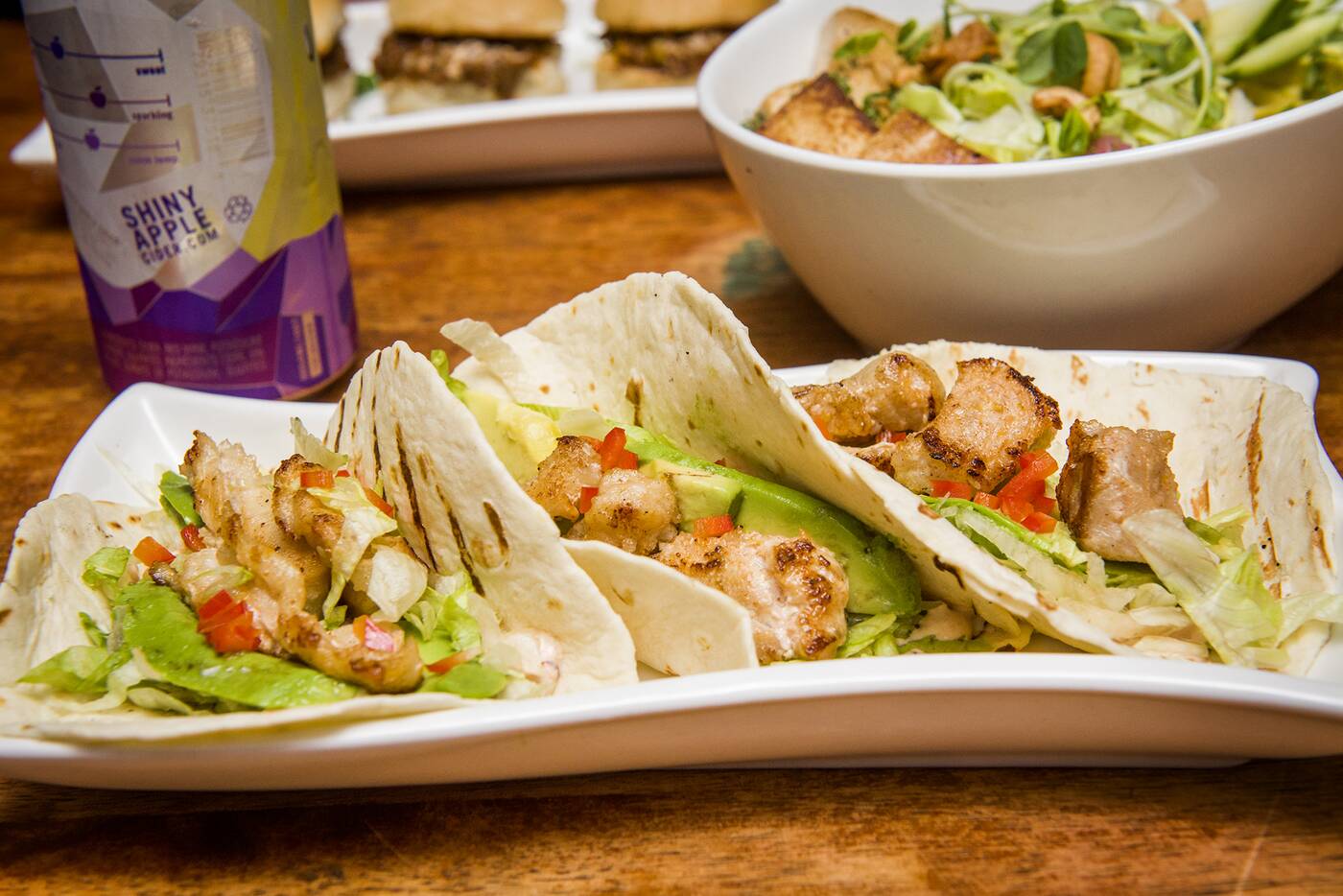 Daily tacos are market price: tonight gator and kangaroo are on offer, and though it’s a tough choice we go gator.

In every way they’re pretty standard tacos and I appreciate the grilled tortillas, but obviously what really stands out is the meat: the caramelized chunks of light white meat are almost like a cross between chicken and fish. 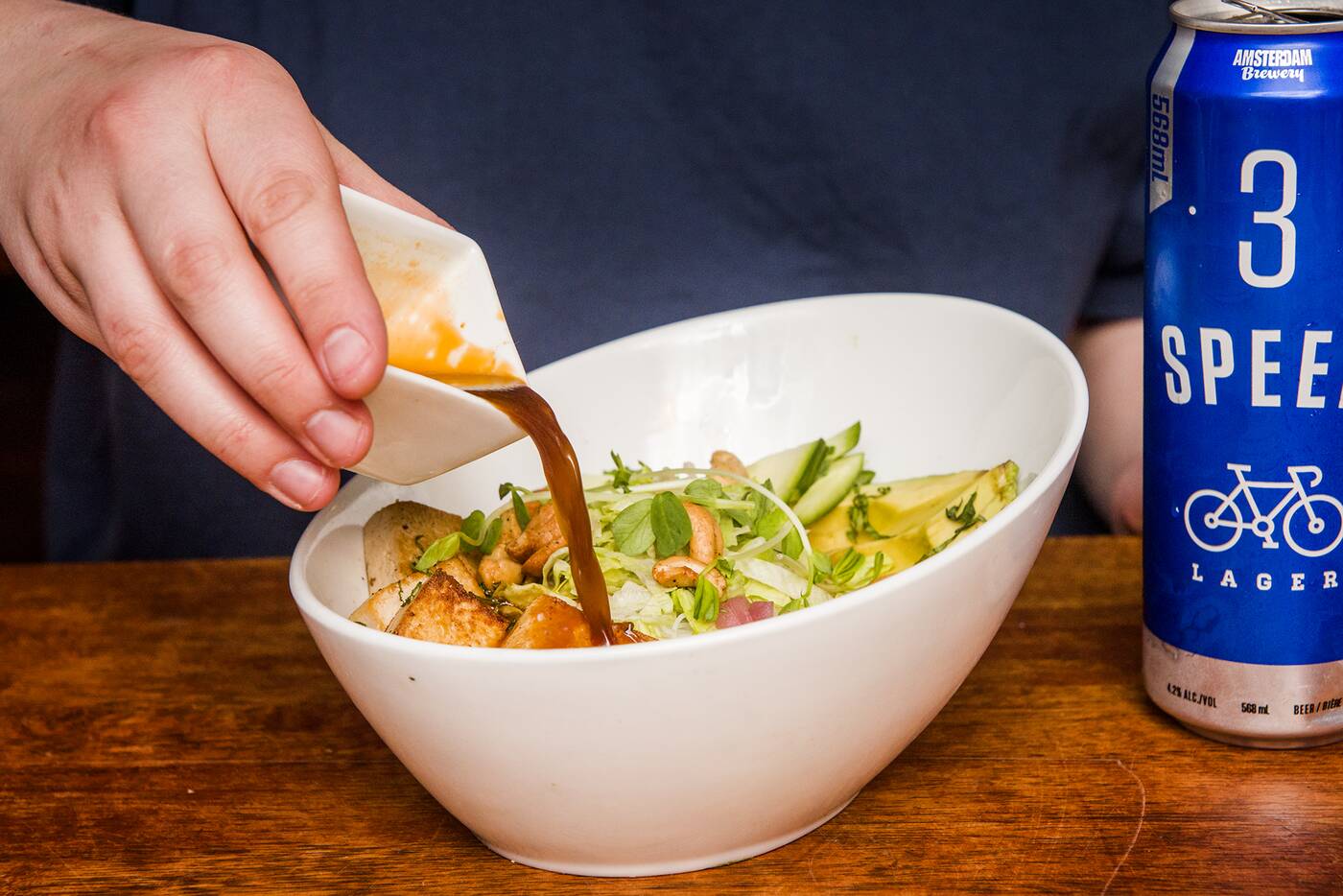 A Vegan Noodle Bowl ($14) sets out to prove this pub isn’t just for meat eaters. On a base of thin vermicelli noodles, toppings of marinated tofu, cucumber, cashew, lettuce, basil, pickled carrots and onions go together well, tied together by a vegan “fish” sauce. 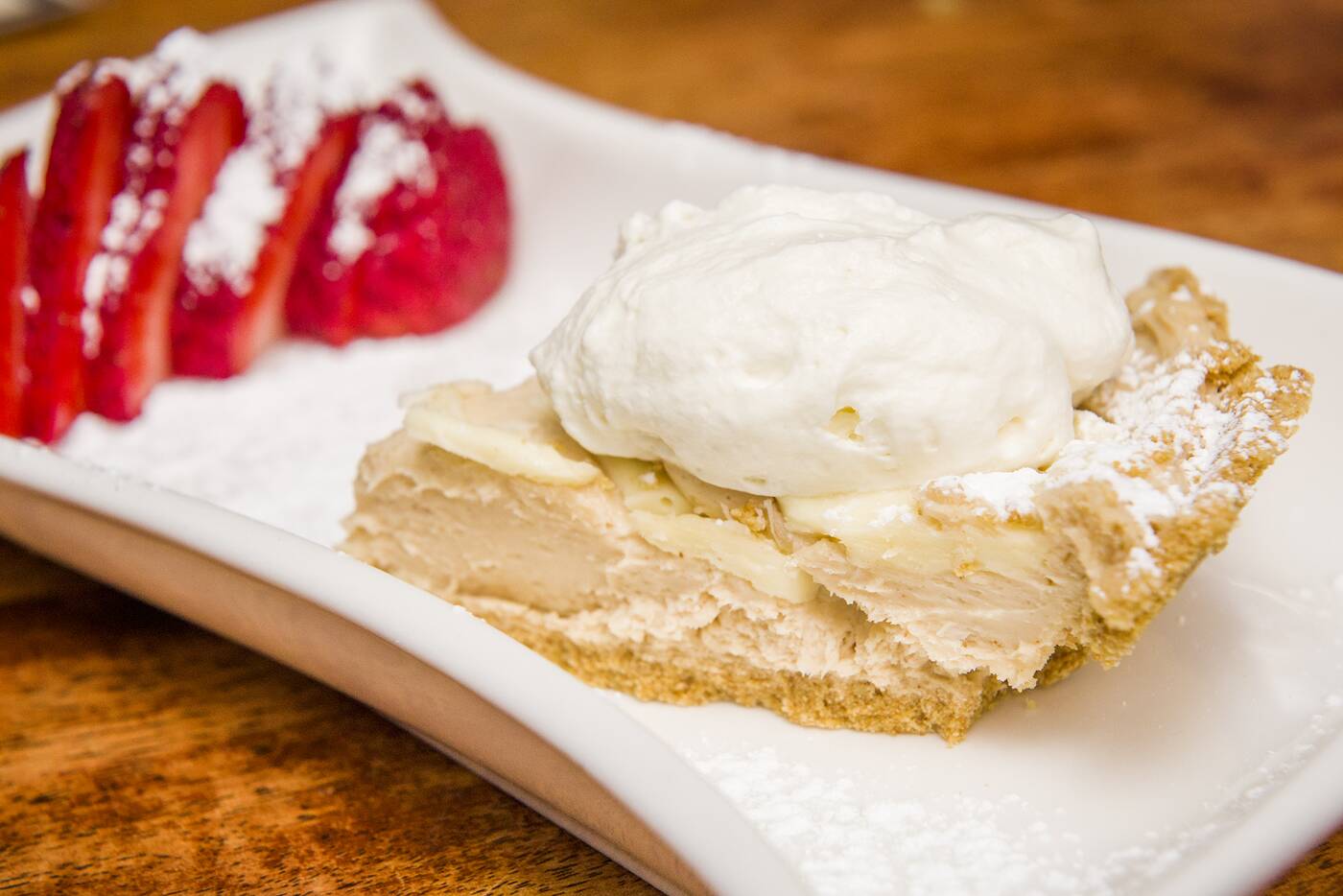 A peanut butter and chocolate cheesecake ($7) is homemade by Nicola Rapko, who co-owns the place with Eric Jordan (formerly of Duke’s Refresher). Like most things here it’s surprisingly decent, rich and peanutty. 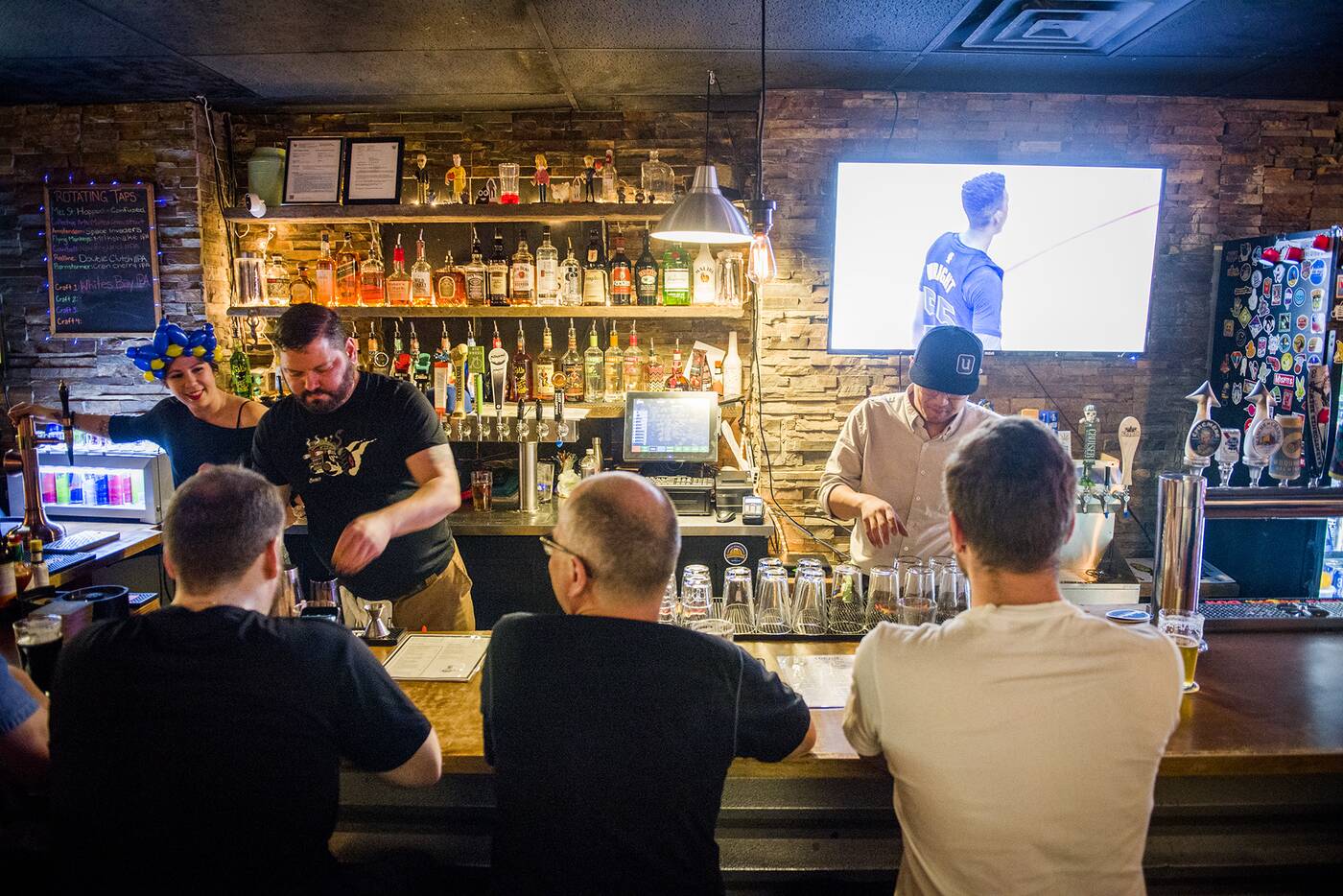 Sports games are on TVs as well as a lineup of retro music videos. Rooms upstairs that were still in progress during my visit should be outfitted with wacky themes like Muskoka cottage, Stranger Things, and a large room could even host live music. 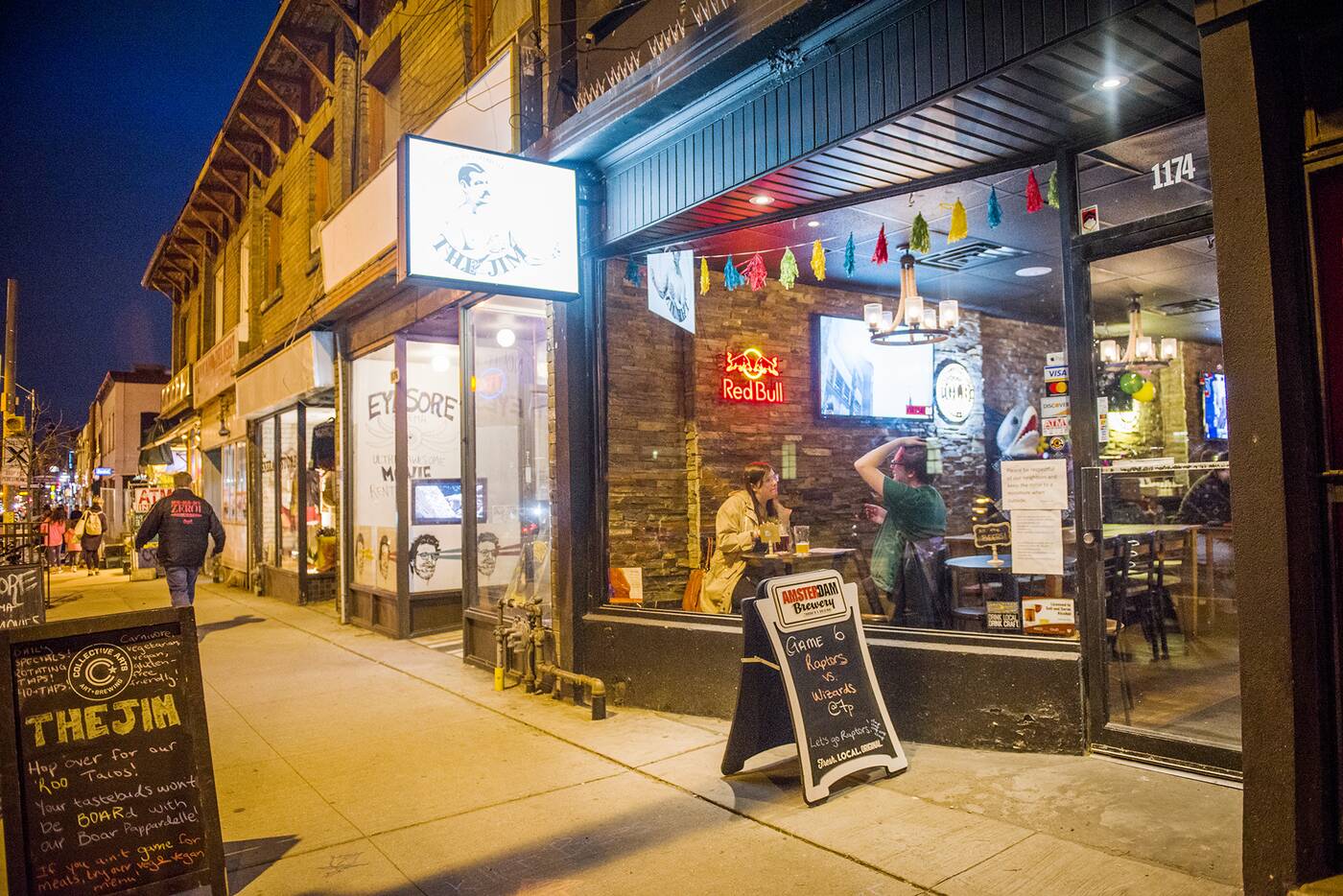