Orchard is an unassuming, low-key, local bar in Bloordale that was last Clara's Gourmet Burgers.

As a tribute to the history of the neighbourhood, owner Jason Raabe (he also owns Haven Espresso Bar and North Haven nearby) named this place after the apple orchards that used to grow in this area in the early 20th Century. 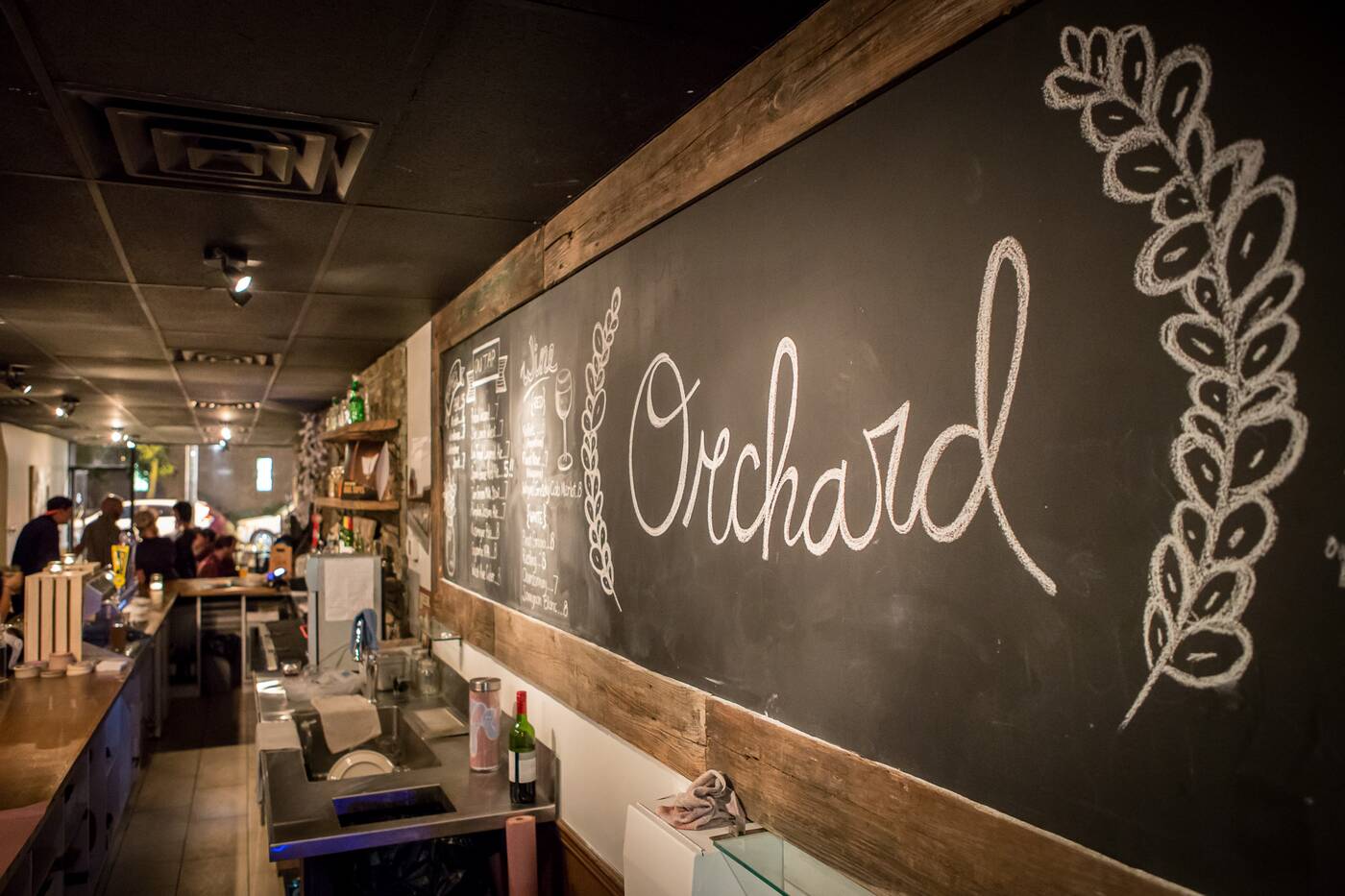 Dimly lit, Orchard boasts a long and wide bar with reclaimed scrap metal on its sides, a harvest table in the front and four-tops along a wall that exhibits work by local artists on a rotating basis.

There's even a bar mascot named Mason, a gift pet fish from Jason Campbell, the chair of the Bloor Improvement Group. 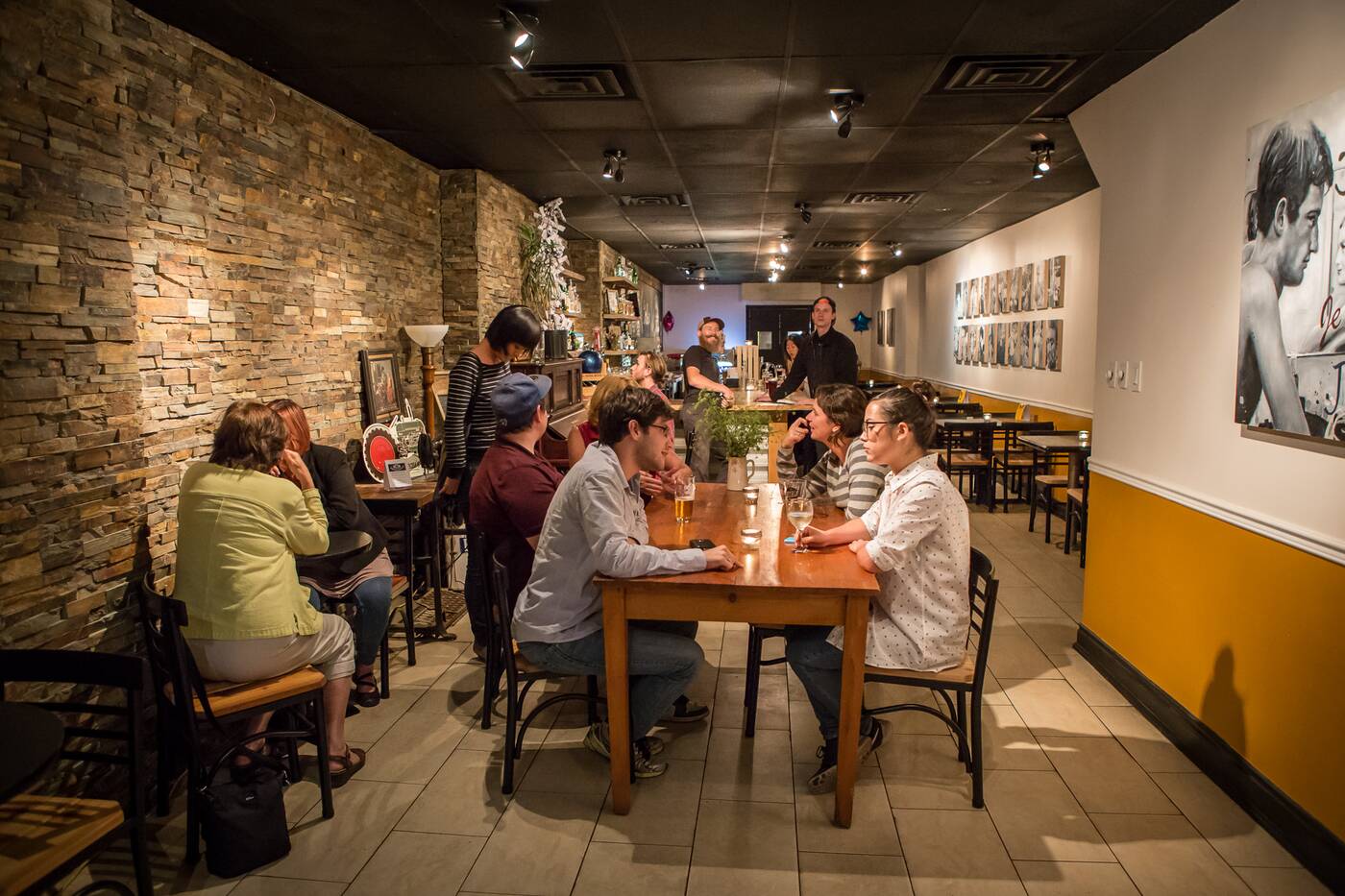 Raabe, who admits he's a bit of a hoarder, has also outfitted the place with a quirky collection of finds from various places, including an old barber's chair, a currently nonfunctional jukebox in the back, and a sign that reads, "We help those who help ourselves" over the bar. 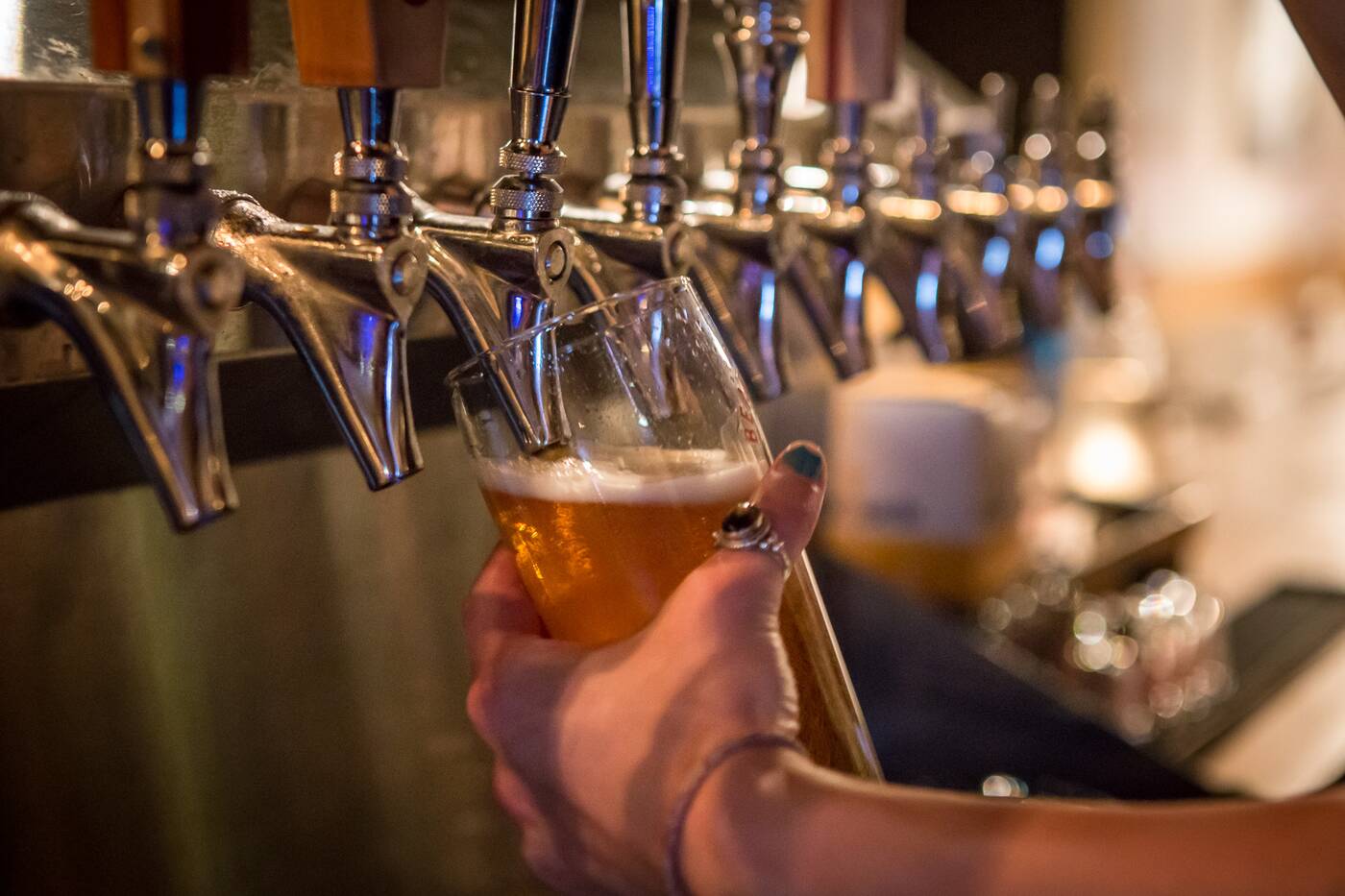 There are eight craft beers and a cider on tap, consisting of brews from Beau's, Clifford, Lake of Bays, Side Launch, Spark House and West Avenue Cider, with pints going for $7-$8 and the occasional $5 pint special.

Bottles and tall cans include Modelo ($6), Cobblestone Stout ($7) and Woodhouse ($7) while a small selection of wines are priced at $7-$8 a glass. 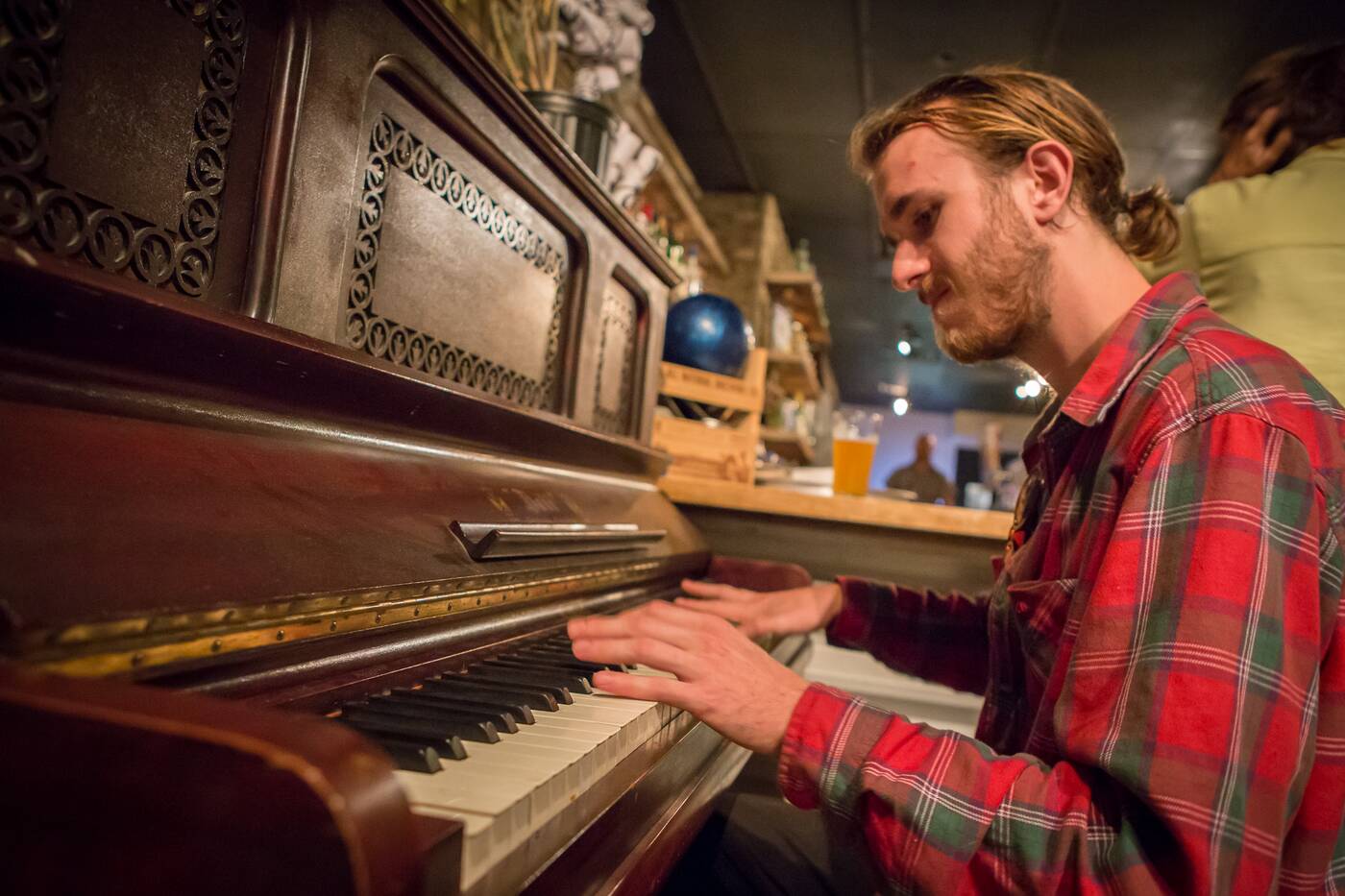 Music's a big deal here. There are live shows at least three times a week. During our visit, Blake Day, keyboardist of local band Gold Complex , is tickling the ivories of an antique, Canadian-made Bell piano in the front of the room (he also happens to work at Haven). 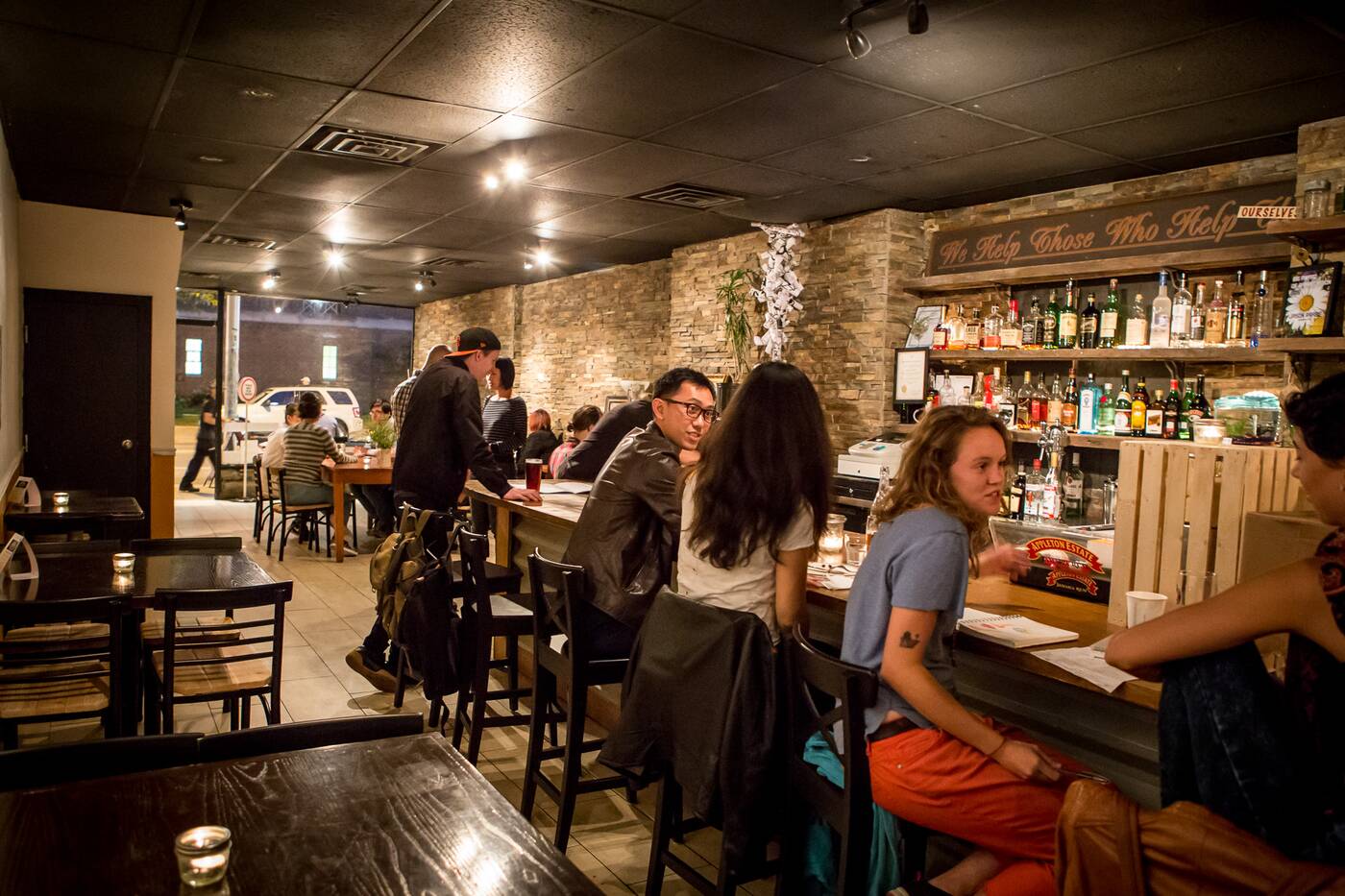 It's nice to see that this place appears to attract all kinds of people; patrons seem to span a range of ages and come from all walks of life, perhaps because the vibe is comfortingly unpretentious here. 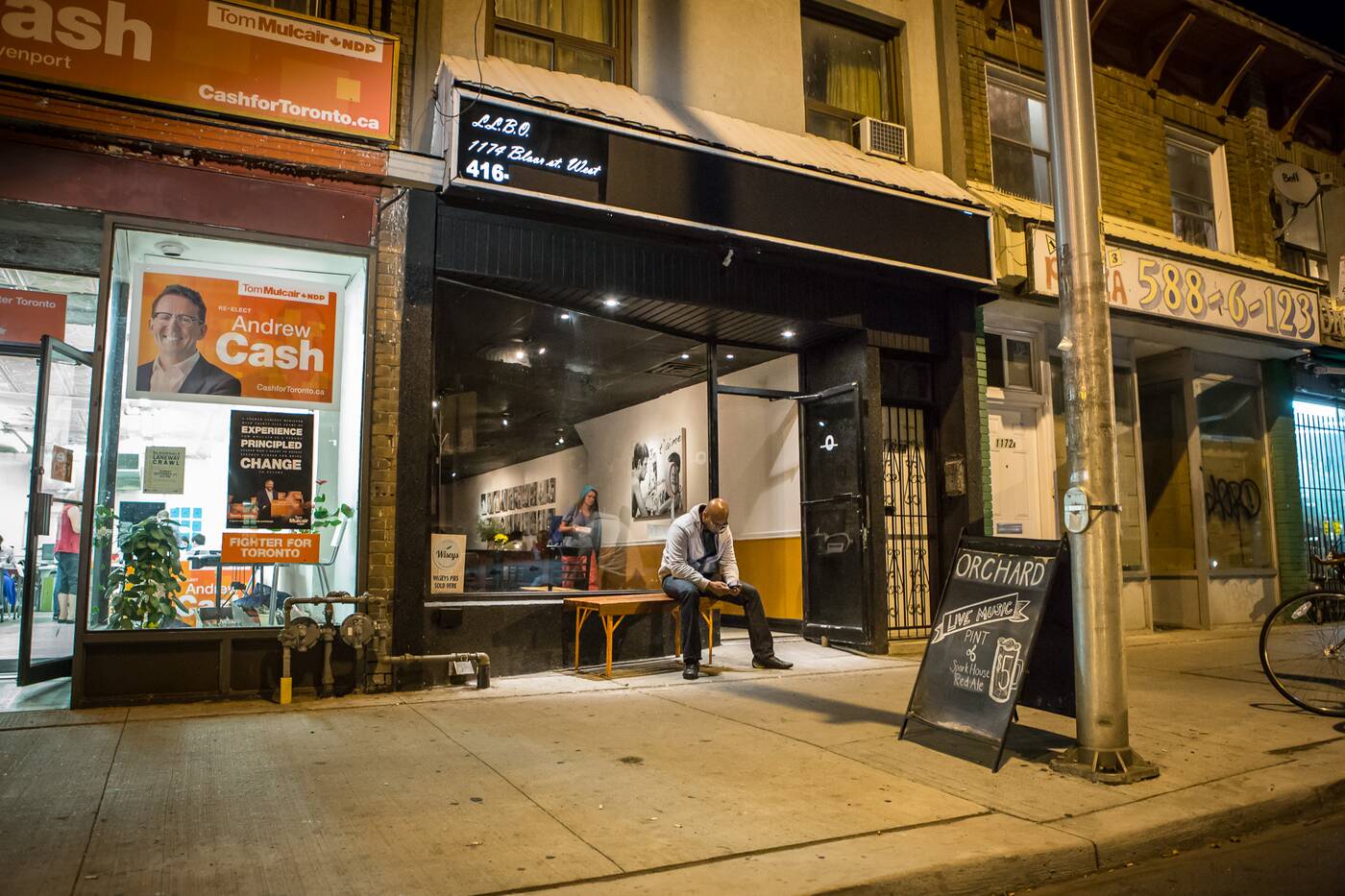