The food court at Promenade Mall is bumpin' today with people lining up for their first taste of vegan cinnamon buns from Cinnaholic.

Sizeable queues have been forming outside the American chain's long-awaited first location in the GTA all morning, where the store has been offering their cinnamon rolls for just $1 since 10 a.m.

The promo will last until 2 p.m., after which the customizable lactose- and egg-free buns will cost $5.50 each, with additional costs for frosting and toppings.

This Thornhill location marks the first of three Cinnaholic openings expected to take place in the next few weeks. 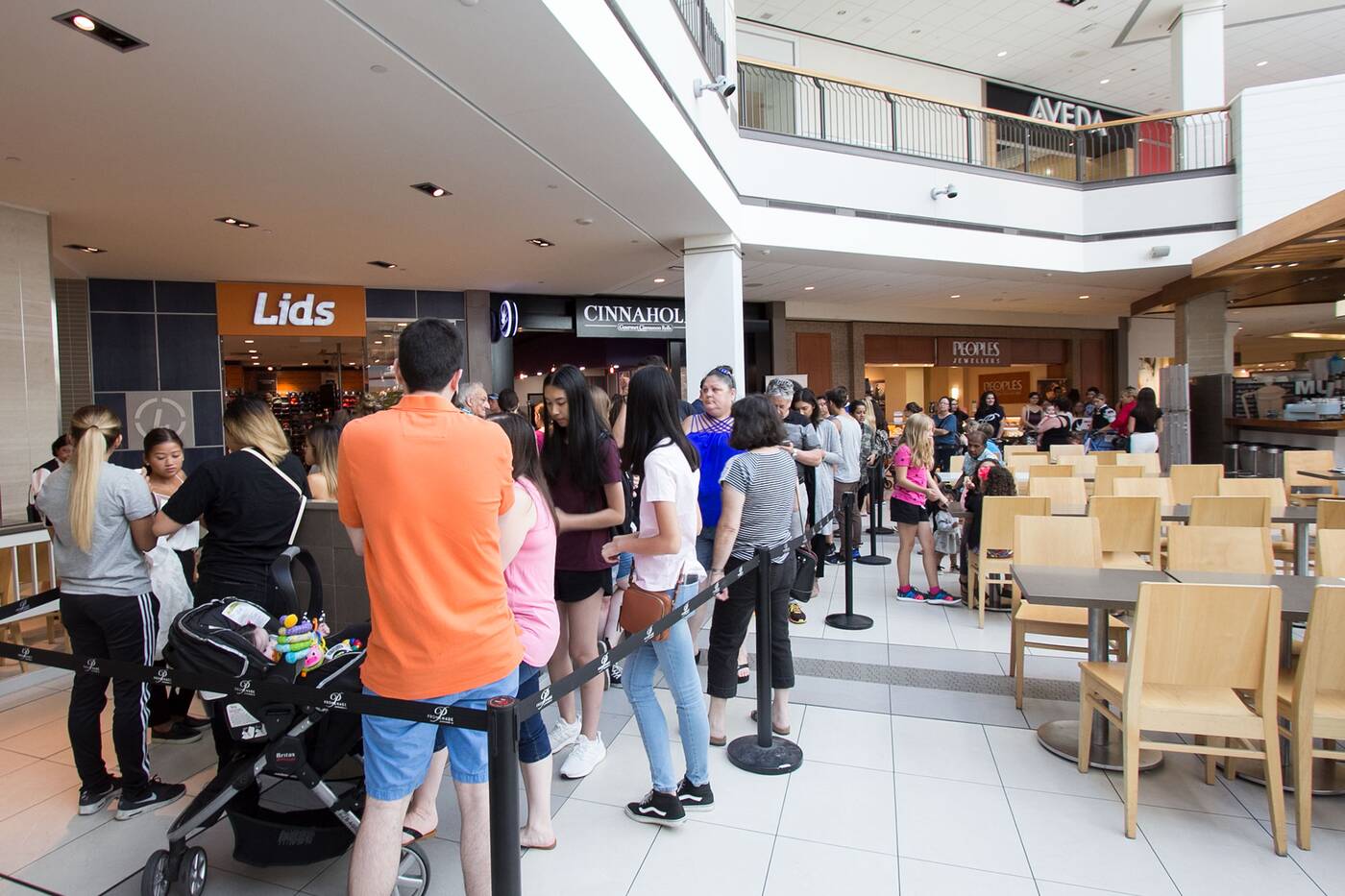 People lined up outside the new Cinnaholic at Promenade Mall for their $1 cinnamon bun deal.

The Shark Tank-approved vegan bakery is set to open another store next to Chester Station at the end of the month, and a third at Steeles and Markham Road at the beginning of September.