The Chickery has closed all of its Toronto locations

The Chickery, a Toronto-based restaurant chain founded in 2012 by a group that included Food Network personality David Adjey, has flown the coop it seems.

A sign posted on the door at 130 Spadina Ave. on Thursday shows that the chicken joint's lease on its last remaining Toronto location has been terminated for non-payment of rent.

A statement of arrears, also posted on the door, says that the company owes approximately $42,868 to its landlord, The Fashion Building. 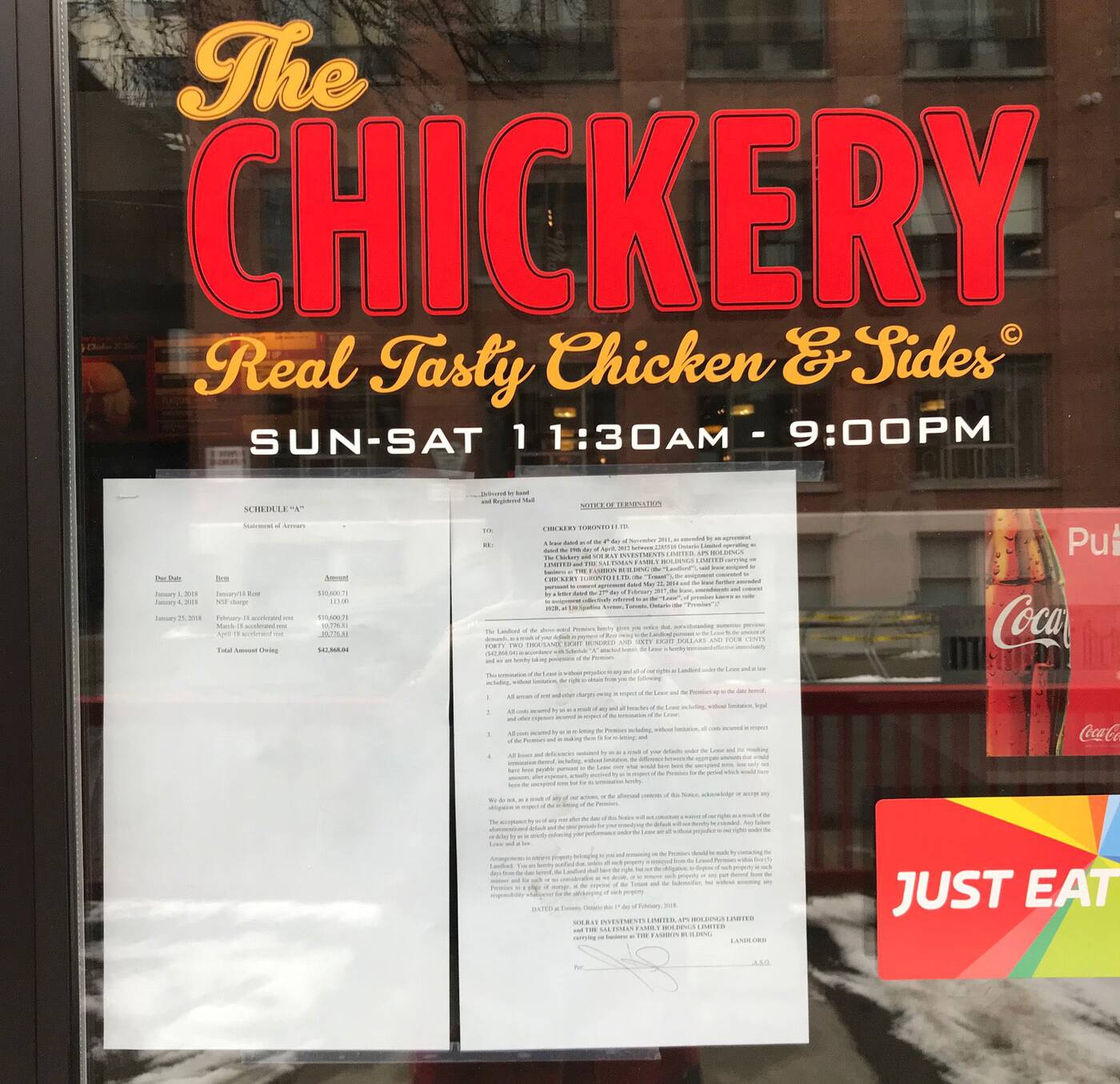 A notice of lease termination is currently posted on the door of The Chickery near Richmond and Spadina. Photo by Ryan Bolton.

Known for its "real tasty chicken and sides," The Chickery once had three locations across the city; one on Elm Street near Bay, one in the food court at Mt. Sinai hospital, and the aforementioned spot at Richmond and Spadina.

All three Toronto locations are now closed, though the brand still has a popular restaurant in Washington, D.C., as well as another, very recently-opened outpost in Dubai.

Regardless, this week's closure leaves The Chickery's local future uncertain – and Toronto without a current go-to restaurant for parmesan spiked, fried chicken feathers.