According to CP24, the fire at 33 Baldwin St., which houses Ryus Noodle Bar, was under control by about 4 p.m., however, it left approximatey $2 million worth of damage. 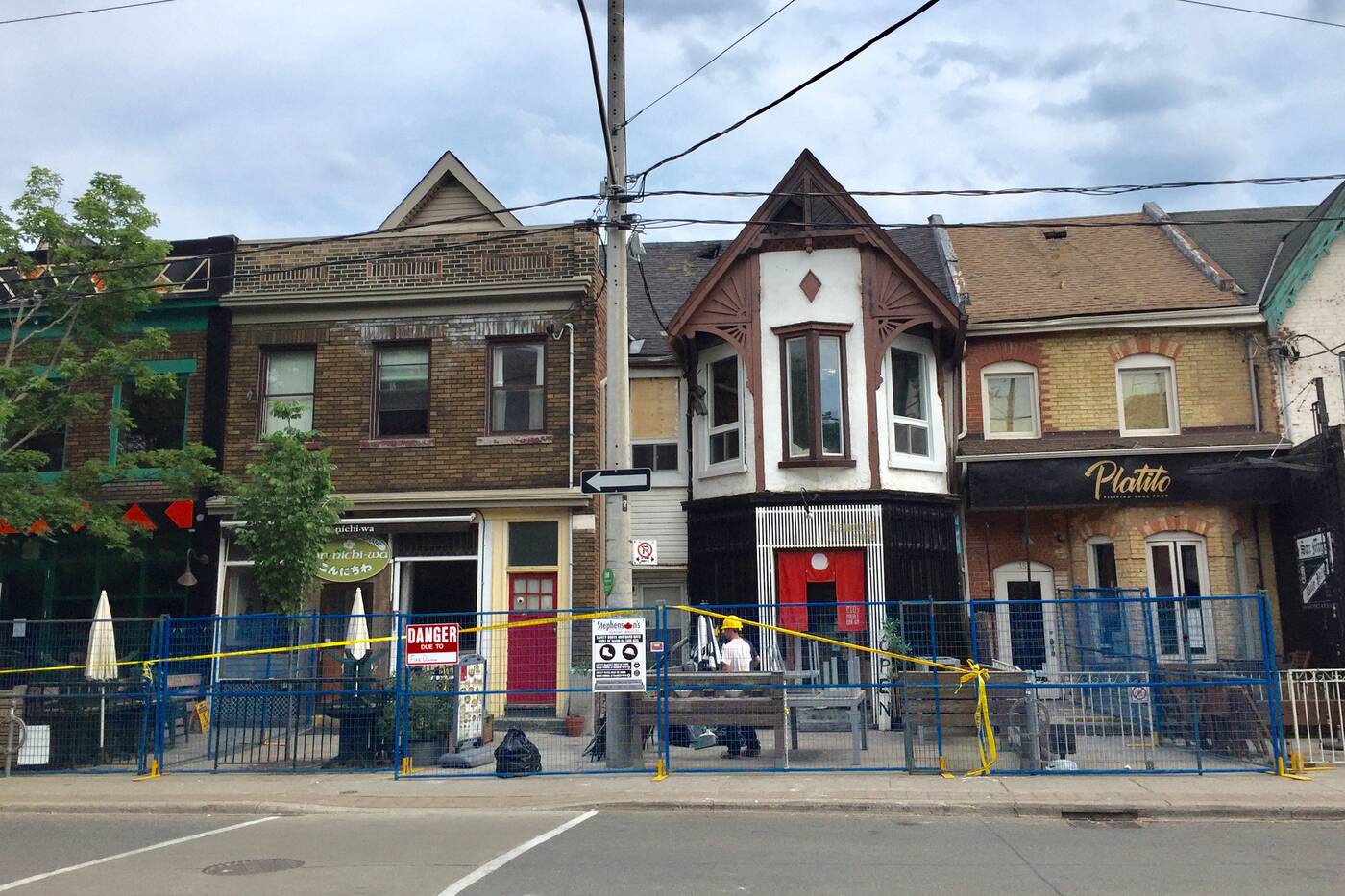 Over the weekend, blue fencing went up around Ryus, as well as its neighbours Kon-nichi-wa, Platito and the relatively new Charidise. Diners and staff must have evacuated quickly because there were plates of food on Kon-nichi-wa's patio until today.

Due to the fire that occurred nearby, with a heavy heart, we are sad to announce that we will be closed for an indefinite time. We will update you all as soon as we find out more information. We would like to thank all the brave women and men from the Toronto Emergency crews who took part of battling the 5-alarm blaze and assisted in controlling what seemed to be a nightmare for family and business owners. The most important thing is we are all safe and that Baldwin Village will recover and become stronger. - Team Platito (đ¸: Amanda Ferguson, CityNews)

Platito, the popular Filipino spot, is also out of commission for the time being. "Due to the fire that occurred nearby, with a heavy heart, we are sad to announce that we will be closed for an indefinite time," reads a post on Platito's Instagram account.

A sign posted on Charise's door said the restaurant would be closed over the weekend, but would re-open later this week.