Theft is a lot more common at Toronto restaurants and bars than you might think. Over and above well publicized incidents like the snatching of a cheetah statue and the rise of the so-called coffee shop bandit, small items like shot glasses, salt shakers and cutlery regularly go missing too.

There's not much restaurateurs can do to punish small-time perpetrators, but when their customers become targets or cash starts disappearing from staff rooms, some have decided to bite back.

Just last week, Bandit Brewery provided video camera surveillance to a customer whose purse was stolen. She then uploaded the footage to YouTube to bring attention to the thief, which drew plenty of tips related to crimes of a similar description around the city.

A more direct example comes from Sidecar/Toronto Temperance Society, who recently posted photos of a suspected thief to the Food and Wine Industry Navigator, a public Facebook group. 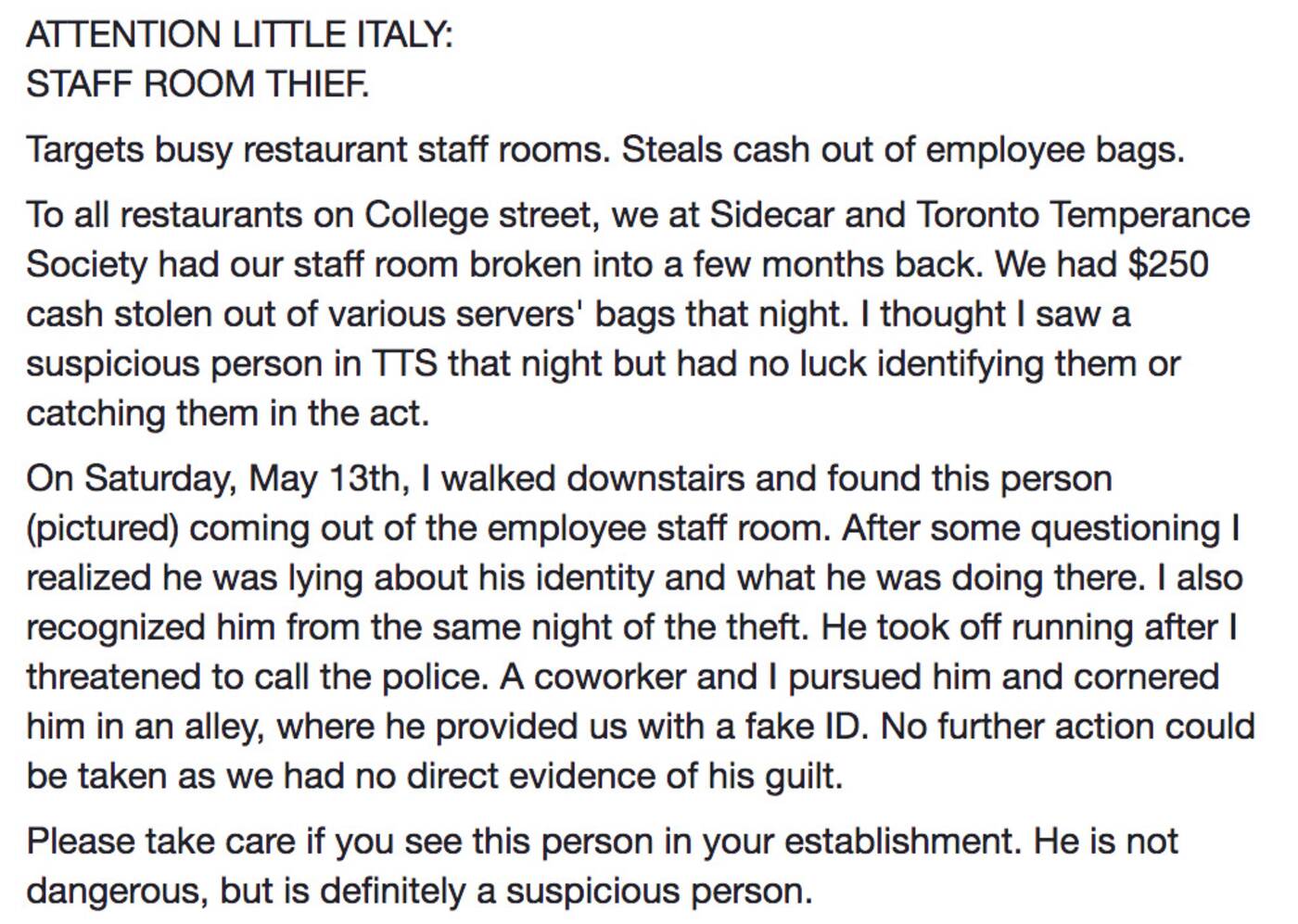 The post is a warning designed to notify fellow establishments in the area to the presence of a possible thief, one which has fare more reach on social media than it would as photo posted on a wall somewhere (as used to be the practice with neighbourhood bandits).

"Please take care if you see this person in your establishment. He is not dangerous, but is definitely a suspicious person," it concludes after describing an incident involving the suspect.

The response to the initial post includes a number of fellow restaurateurs who say they've seen the man depicted in the photos, which underscores the usefulness of the public posting.

Based on the narrative of events offered on Facebook, staff caught the suspect in an area he wasn't permitted to be in, but lacked hard evidence to "take further action."

It's unclear if would-be thieves will be detracted by such a post, but it certainly seems as though neighbouring businesses will be on heightened alert.

Toronto bar that closed has reopened underneath a popular nightclub

There are now huge outdoor patio spaces at some Toronto malls