The top 10 soup dumplings in Toronto

Soup dumplings in Toronto can be found in restaurants rolling out and folding up these addictively soupy pockets. While eating traditional Chinese xiaolongbao takes some skill, a little mess is bound to happen when devouring dumplings as fragile as these.

Here are my picks for the top soup dumplings in Toronto.

This quick takeout spot in Dragon City Mall and near Yonge & Eglinton is one of the newer dumpling spots in the city, and they’ve exploded in popularity (kind of like how their dumplings explode in your mouth). Expect to be wiping the windows after ordering a crazy cheap order of six soup dumplings for $2.99.

No list of top xiaolongbaos would be complete without having the OG of dumplings on it. Ding Tai Fung loosely takes its name from the famous Taiwanese chain that started it all, Din Tai Fung. Order baskets of these perfect dumplings with pork, crab, or scallops at their locations at First Markham Place or Agincourt.

The giant soup steamed buns at this Richmond Hill restaurant may seem like the star of the show, but they really play second fiddle to the plethora of smaller, multi-colour soup dumplings filled with broth and marinated meats. They even have dumplings with truffle oil and mushrooms. 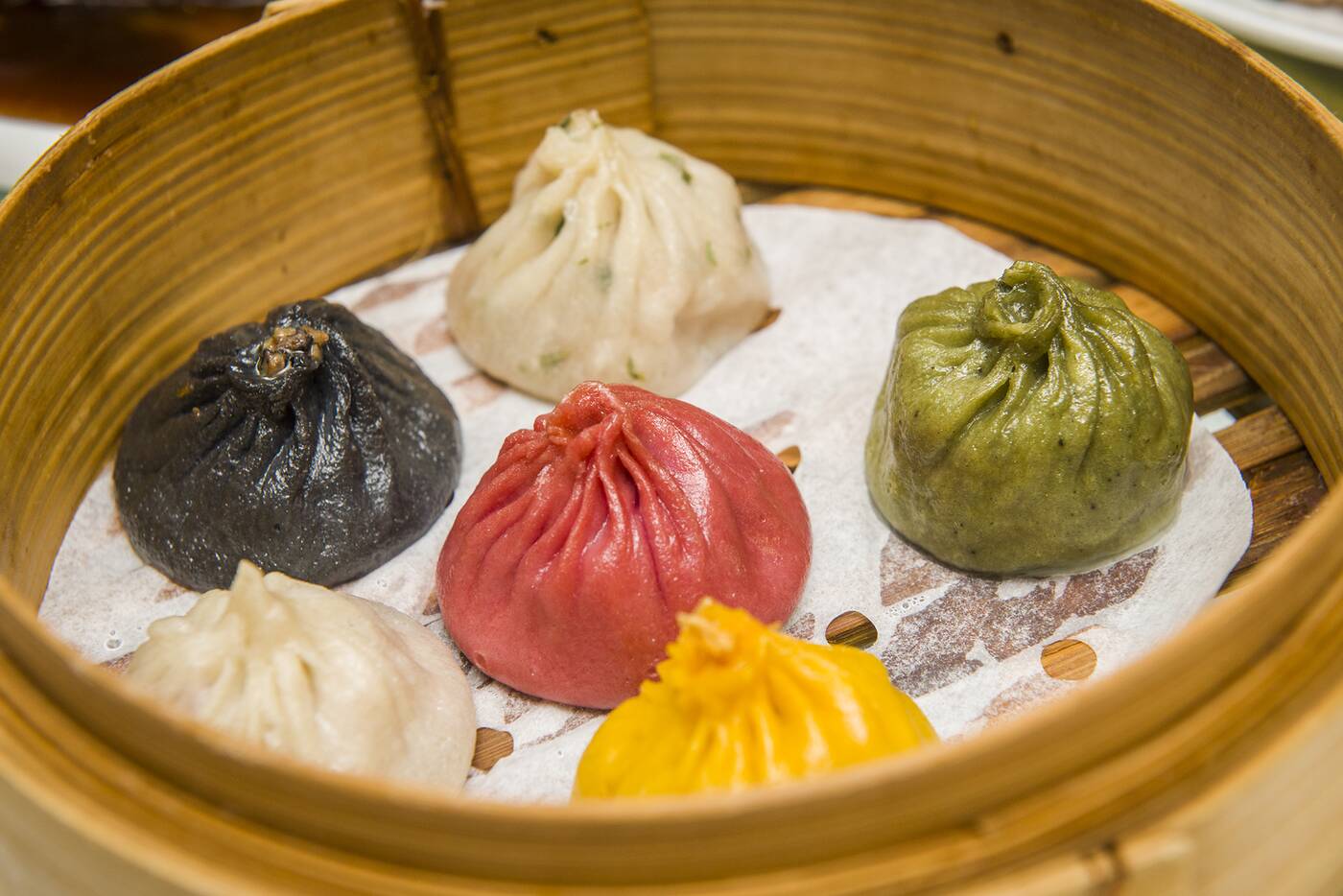 It's a colourful affair when it comes to soup dumplings at Yu Garden. Photo by Hector Vasquez.

This bustling little restaurant in Time Square Plaza rolls up some delicious soup dumplings—just peep the chefs at work through the window in the front. Orders aren’t expensive either, and you’ll get a taste of real Chinese xiaolongbaos.

This classic Chinese banquet restaurant has multiple locations around the city. It seems they do everything pretty well, from dim sum to Peking duck to pork soup dumplings served piping hot.

There’s a few types of xiaolongbaos available at this restaurant with locations in Richmond Hill and Agincourt. Their soup dumplings come wrapped in skin that’s especially smooth, especially if you order from the ‘Silk Skin XLB Series’ section on the menu.

Head to either location in the Entertainment District or at Yonge and Bloor for their signature soup dumplings, which have a pretty explosive quality. It’s suggested to eat these little guys in one bite. 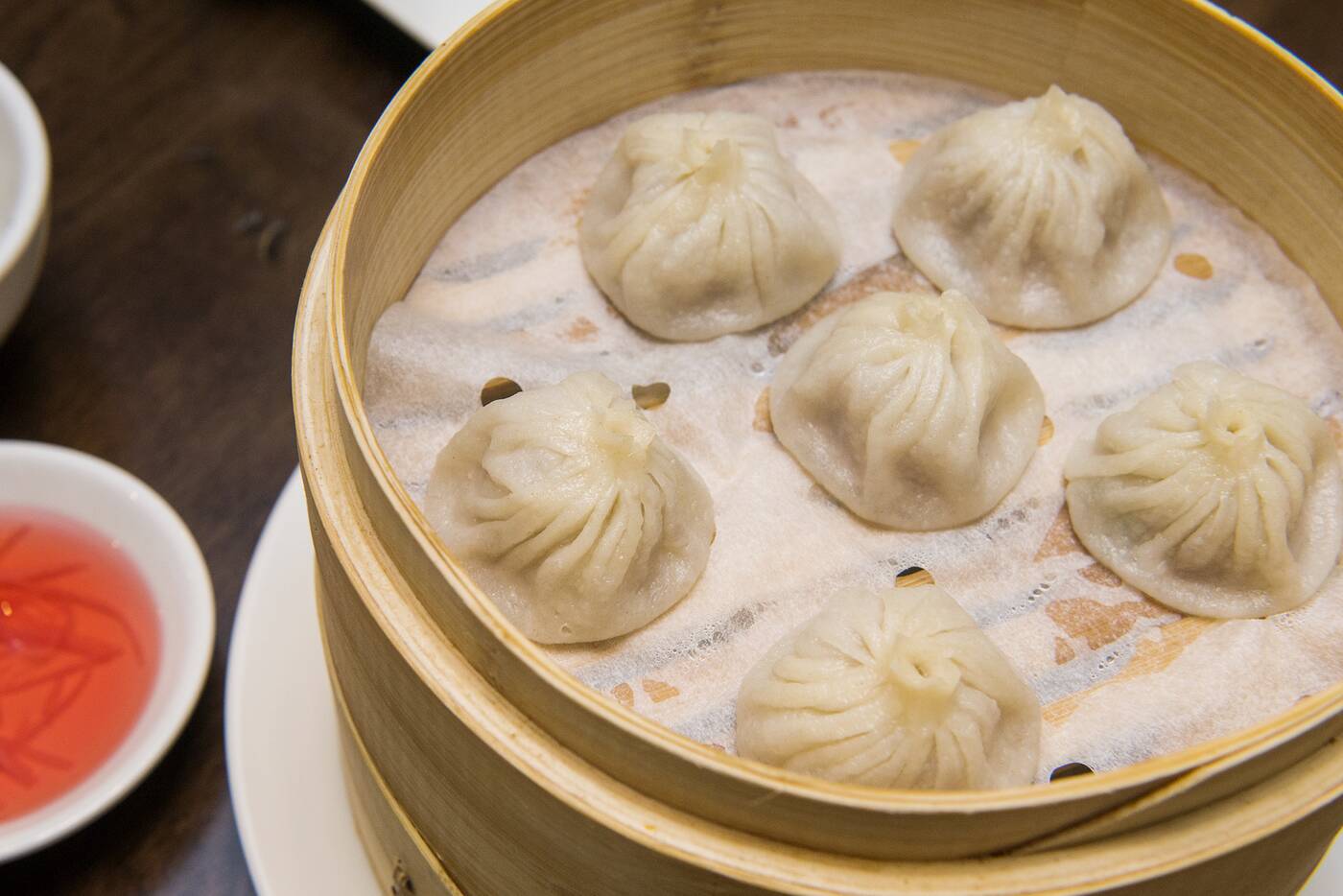 This Midland Ave classic brings the flavour with its soup dumplings, which come with all types of fillings, from shrimp to veggies. As the name suggests, they’re well-seasoned in the dumpling industry.

This Chinatown restaurant is one of the best spots in the city for dumplings. Under their steamed offerings is where you'll find their juicy pork bun. Eight come in an order but you'll likely want seconds.

If you didn’t know it was there, you’d probably miss this understated restaurant in Chinatown. Catch yourself going down their stairs however, and you’ll be treated to neatly folded pork soup dumplings.

Hector Vasquez of Juicy Dumpling. With files from Tanya Mok and Jaclyn Skrobacky.

The top 10 soup dumplings in Toronto