The top 22 new restaurants in Toronto by neighbourhood

The top new restaurants in Toronto this year offer something for everyone. From spots serving Lebanese to Filipino cuisine, the culinary options were plentiful in 2016, even if poke bowls and ice cream hogged all the attention.

Here are my picks for the top new restaurants in Toronto by neighbourhood.

Filipino food has been taking Toronto by storm lately, which isn't all that surprising for a city with a robust Filipino community. Platito bills itself as serving Filipino soul food, such as bok bok chicken and ube waffles.

Little Sito is a new Lebanese restaurant named for the Arabic word for grandmother. The great grandma who inspired it was barely four feet tall, but this spot is known for big flavours in its falafel, hummus, and other classics.

Dollyâs proves the first point made on this list true: Filipino food is taking over. It serves house-made noodles along with pitchers of mojitos garnished with beefy sticks of sugar cane. This is a neat and casual spot to try kare kare and lechon.

When it comes to elevated Middle Eastern, the Tabule family of restaurants can't be beat. Souk Tabule is in the new Canary District neighbourhood and its features a cafe along with classic Middle Eastern platters and salads as well as brunch. 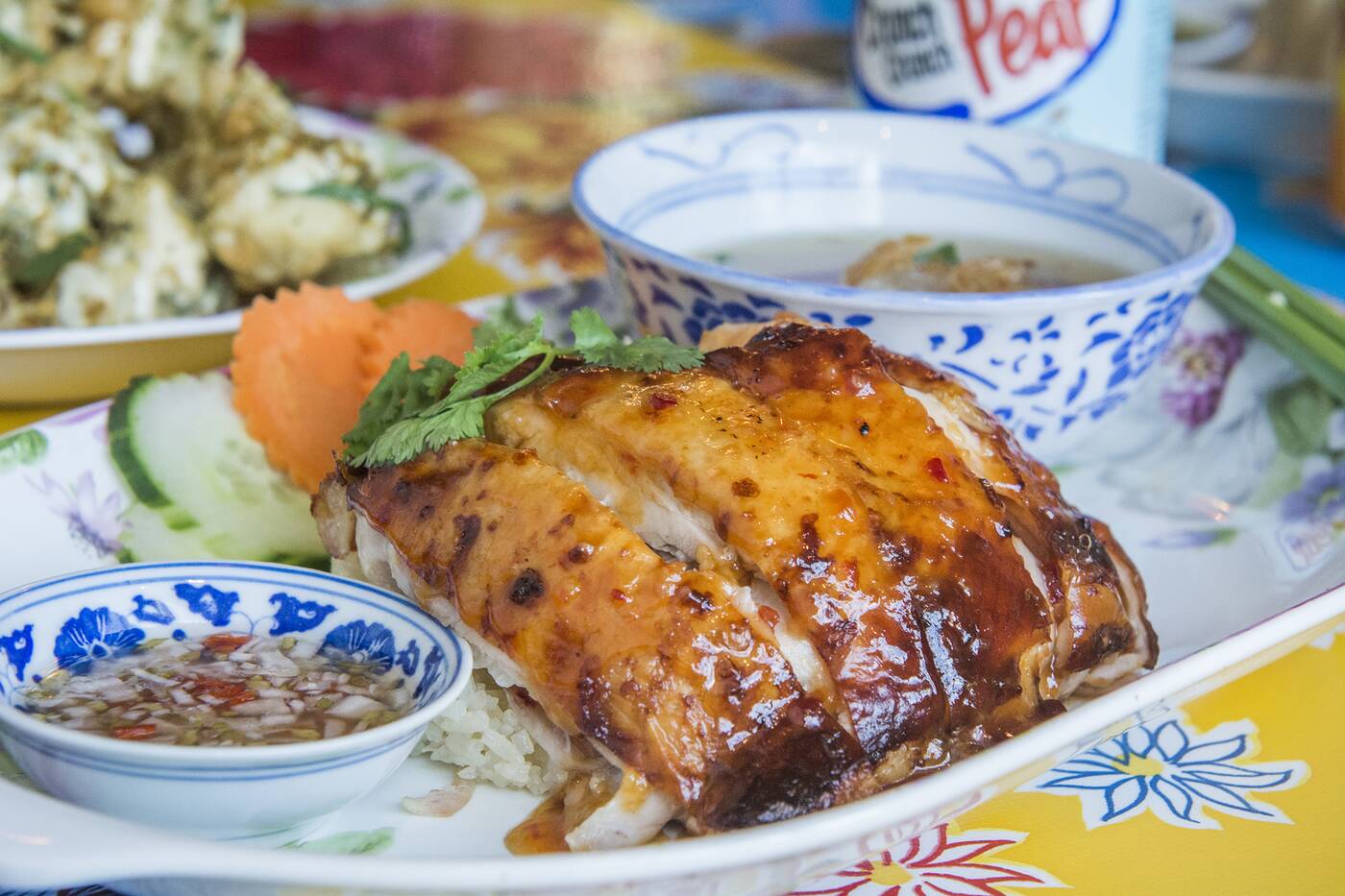 Patois has sadly been closed for a while now, but thankfully chef Craig Wong and team have opened up the casual, but refined eatery Jackpot Chicken Rice in the interim. Chinese chicken stars here, along with sides like soy sauce eggs, as well as local beer and fun cocktails.

With a chef who came up at erstwhile Splendido as well as a homey vibe, Revere is fast becoming a Danforth favourite. Simple cocktails and a menu of seasonal, local, elegant fare like handmade pasta and house ricotta are go-to's at this new restaurant.

Pizzeria Oro di Napoli imported its very own wood fire pizza oven from Italy, so you know it means business. Delicately folded ravioli, light Neapolitan pizza, and whole fish dishes are all on the menu here. 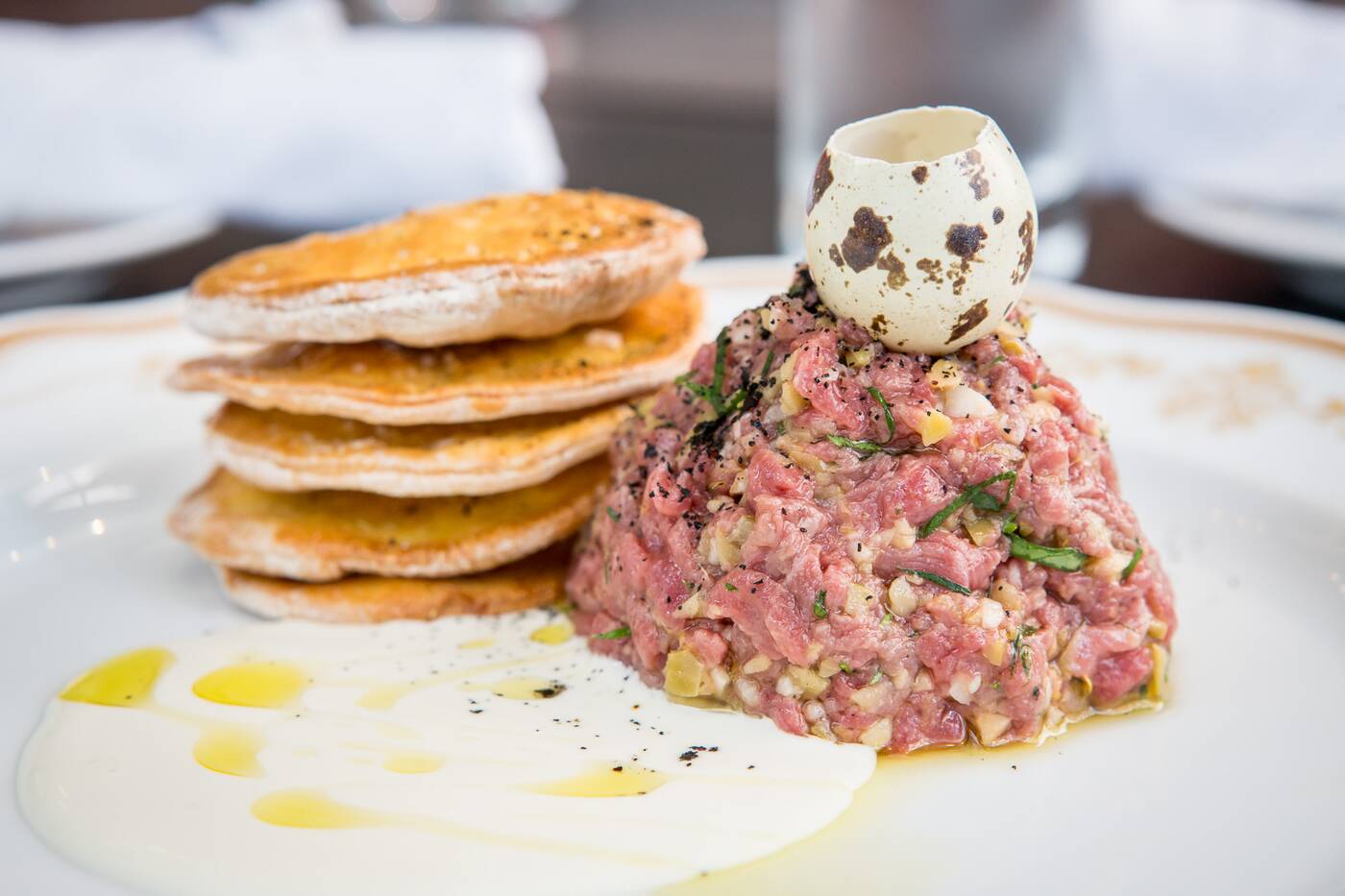 Spanish and Italian influences are brought together to showcase Argentinian cuisine at Lena, a new restaurant nestled into Saks at Yonge and Richmond.

Angolino is a cute little corner restaurant, but it's serving up some powerful flavours with rich ragu, sumptuous cheeses, thinly sliced salumi and classic Italian cocktails.

A colourful new restaurant with an emphasis on mezcal cocktails called El Rey Mezcal Bar arrived this year. The impressively outfitted space is the perfect backdrop to savour some ceviche, beer and a shot of mezcal.

Ardo is a new Italian restaurant that has classics, like buratta, carpaccio, ragu pastas and Margherita pizza on the menu. 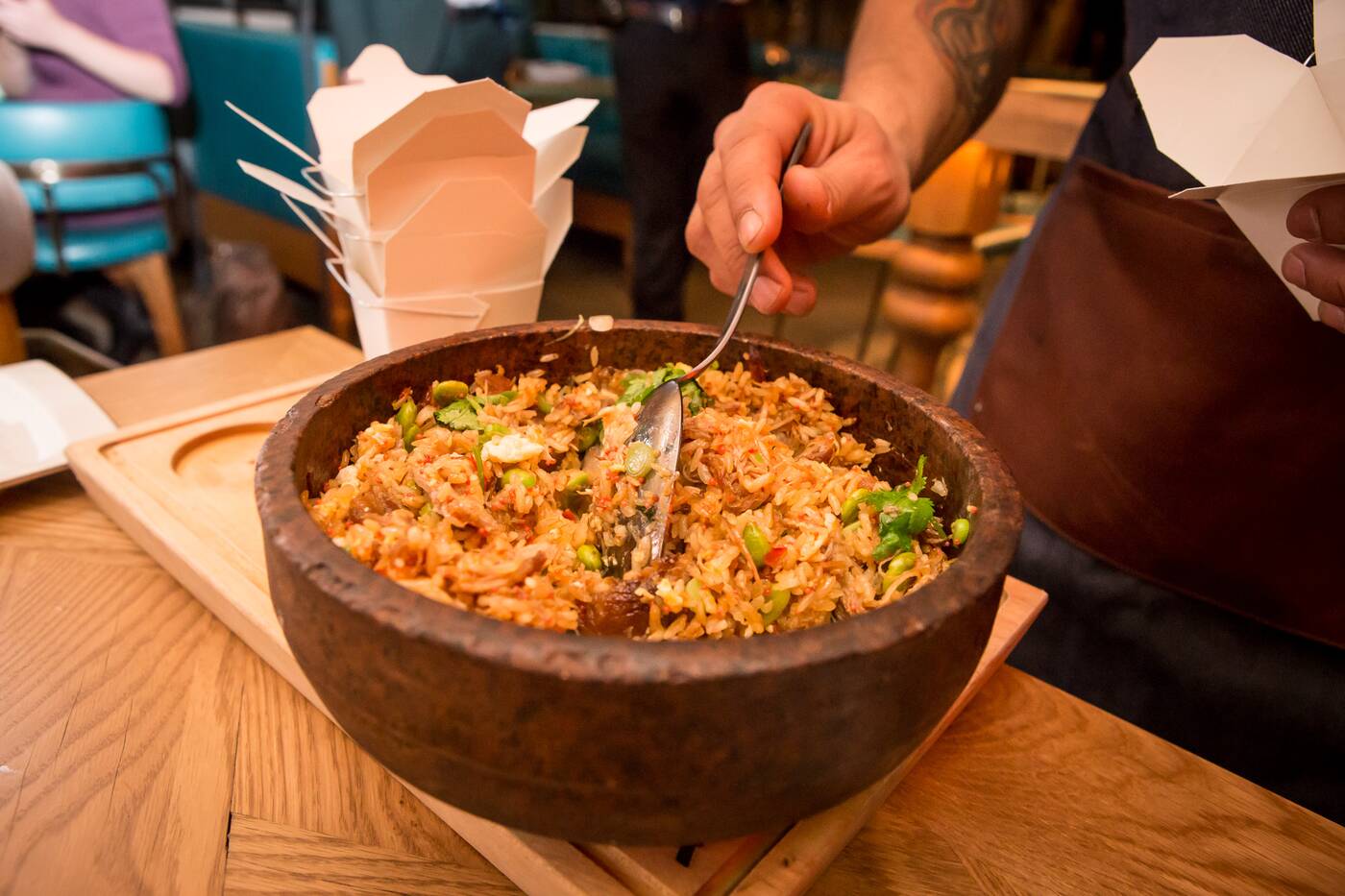 Baro is the reincarnation of the now-shuttered Valdez with a speakeasy-type bar upstairs as well as old favourites like duck chaufa.

You can hardly get more Canadian with a name like Maple Leaf Tavern. This place is housed in a historic building that's been around since 1910, and the menu of lamb shoulder, grilled trout with lobster tartare, Pacific cod and bone marrow wows.

Lake Inez serves Asian-inspired dishes and craft beer, a match made in heaven coming to us from the folks behind The Wren. 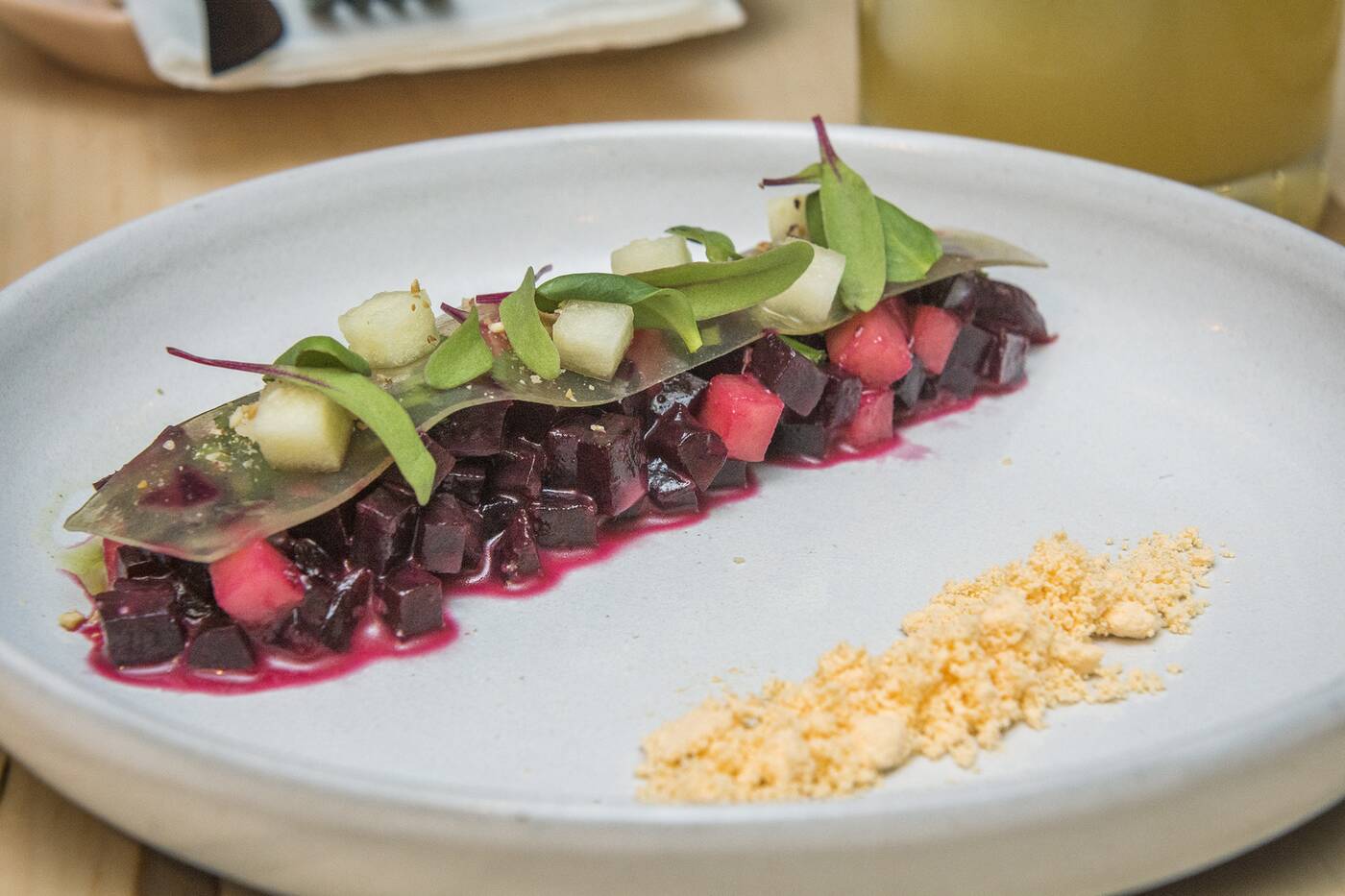 In a unique combination that feels very Toronto, Doma combines French and Korean cuisines. Mackerel in papillote, grilled octopus and duck confit dumplings are all examples of the kind of creative dishes found here.

MeNami is a traditional artisanal udon house that also serves sake on draft. Sink your teeth into soft noodles made with special ingredients in udon dishes that are oven baked, or with fish roe, curry or spicy seaweed.

Lageez prepares many of its dishes and pillowy fresh naan in its own tandoor, and offers rich butter chicken, saffron rice and spicy lamb vindaloo with sweet, crunchy pearl onions. 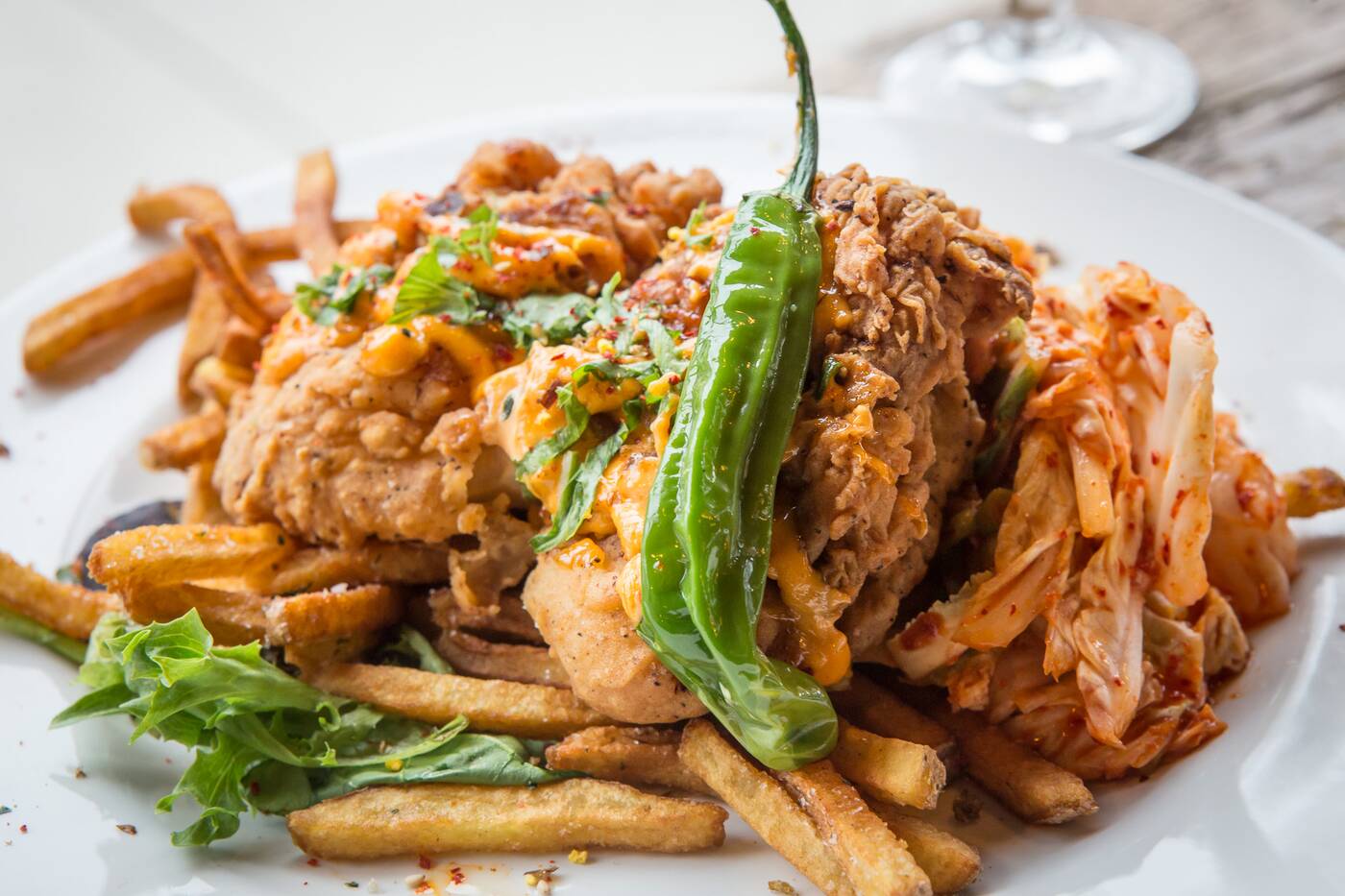 With a Chopped Champion in the kitchen and one of the guys from The Shore Leave behind the bar, Oakwood Hardware is a fun new restaurant. It serves up dishes like arepas, burgers, charcuterie plates and drinks, such as mouse melon martinis.

In an area known for its bars, clubs and packed restaurants, Otto's Bierhalle is bringing a little Kensington-esque breathing room to the neighbourhood. From the same people behind Otto's Berlin Doner, expect pretzels, beer, and schnitzel and ham hock feasts here.