The 12 oldest diners in Toronto

The oldest diners in Toronto aren’t just retro for stylish reasons. All these joints have been around for at least half a century, making them certified OGs of Toronto’s dining scene. Watch and learn, young grasshopper, these are the real purveyors of old-school cool.

Here are the oldest diners in Toronto.

Just a short walk from the Eaton Centre, this classy diner is a much-needed reprieve from the incessant 21st century screens at Dundas Square. Slide into one of their booths to transport yourself back to 1929 — when it all began — and gorge on their comfort food.

For more than 80 years, this snack bar has seen Leslieville transform from a barren sea of warehouses to an area catering to film buffs and artists. Still, despite this and decades of inflation, the Chan family still insists on a menu price cap of $3.75 – bless their hearts.

This diner has been going strong since 1932. Renovations in 2008 plus incredibly cheap daily drink specials make this diner one of the most comfy and reliable spots to hang on Dundas West. 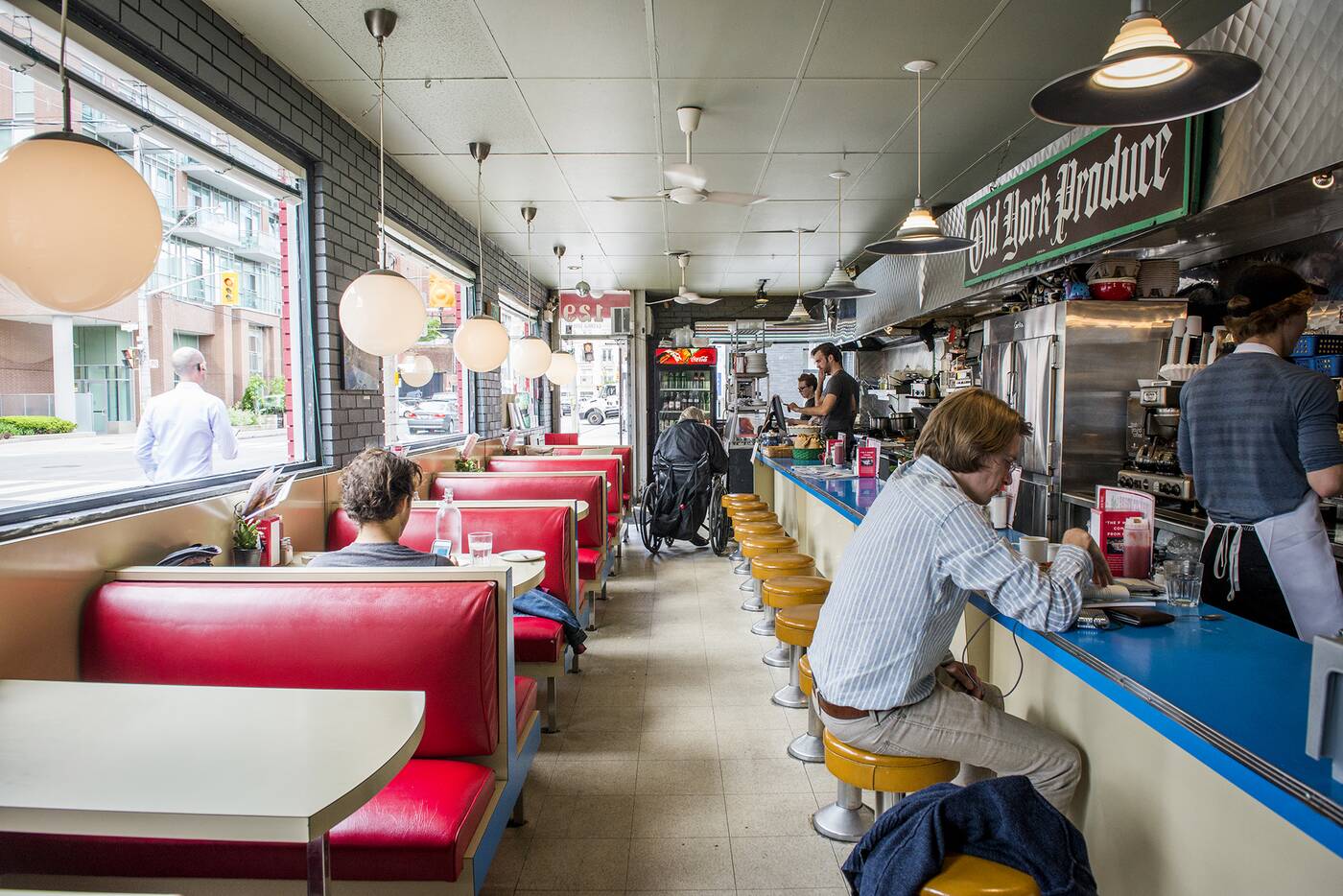 This spot near Richmond and Jarvis has been serving the city classic Irish breakfasts since 1941. A scene from the rom-com The F Word was filmed here, making use of the diner's plushy red booths and old school appeal.

Located steps from Yorkville near the corner lovingly dubbed Av and Dav, this place has been around since 1944. They've got tons of photos featuring celebrities enjoying their standard eggs and burgers dish, which you can still order to this day.

With black-and-white checkered tiles, plushy red bar stools and turquoise walls, this place is the definition of retro. It's been in North York since 1950 and has since changed hands, though its menu still consists of diner classics like milkshakes and hot dogs. 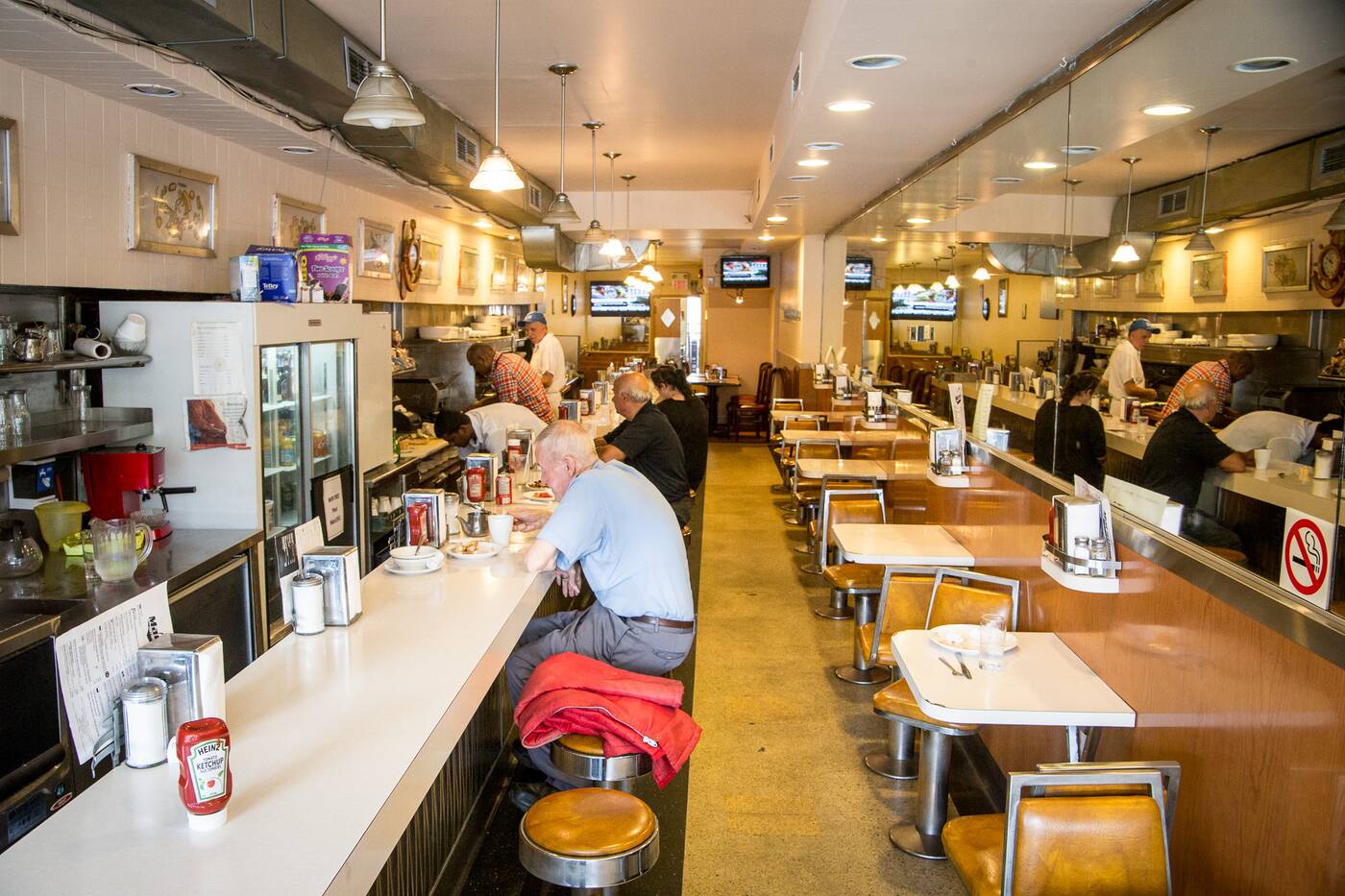 The long counter at Mars Food is still a great place to gobble up some eggs. Photo by Jesse Milns.

This narrow little diner in Little Italy was established in 1951. Their all day breakfasts are greasy, just as they should be, and they still hold their own as one of the best morning-after spots in the area, despite popular spots nearby like Aunties and Uncles.

Run by the Papas family since its inception in 1953, this King East diner is a certified classic with deep booths, meat loaves on Fridays, and an iconic neon sign that dates all the way back to the diner's beginnings. 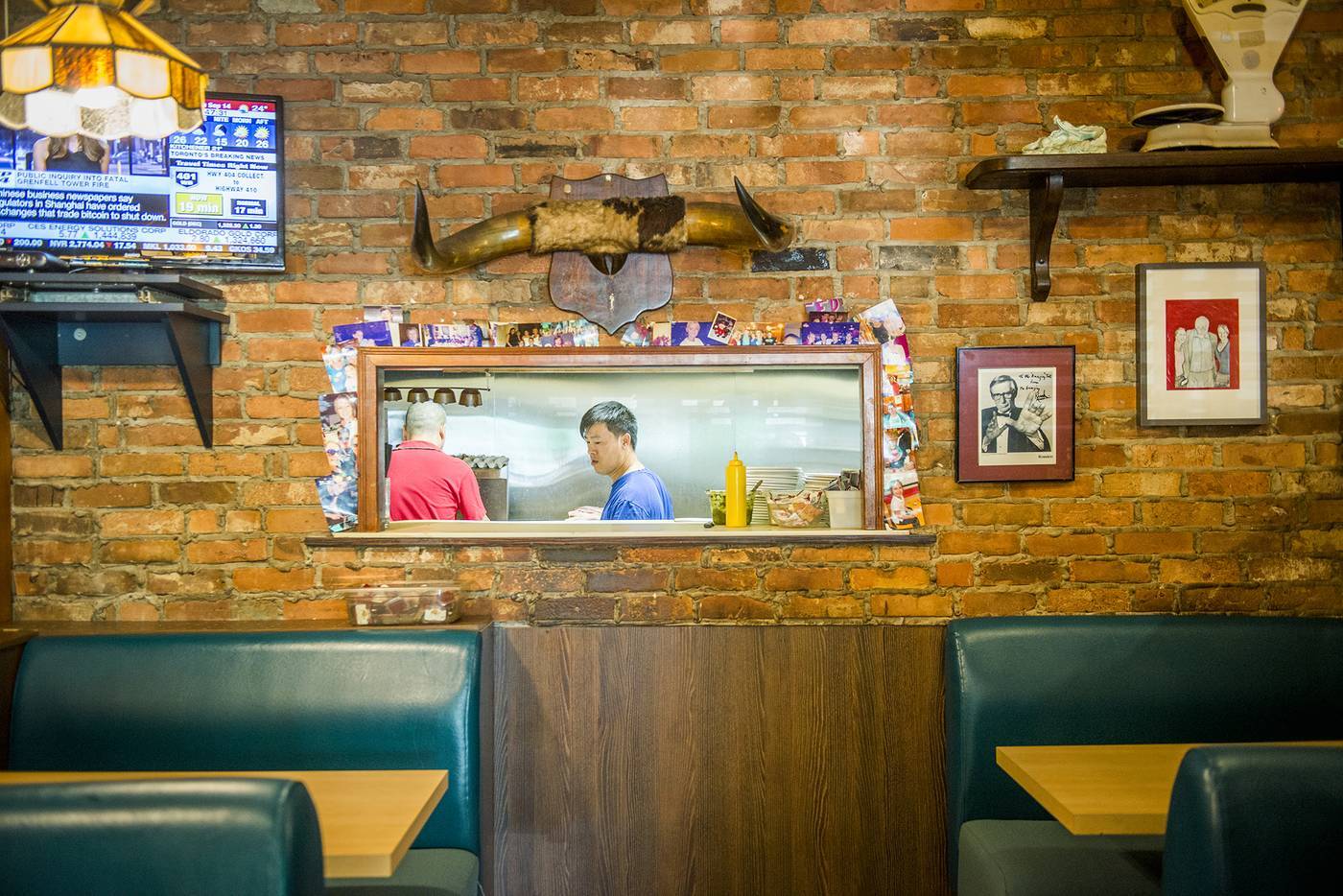 The Amazing Ted's Diner is like a time warp in the best possible way. Photo by Hector Vasquez.

This place started as Ted's Variety and Coffee Shop in 1954 but now it's just regular ol' Ted. This Scarborough diner serves three-egg specials with pancakes and even has a shrine dedicated to bacon. That's what I call timeless.

No tables here, just bar stools and an open kitchen that lets you watch as the chef assembles your steak and eggs. Vesta's been in the Annex since 1955 and is a true greasy spoon. 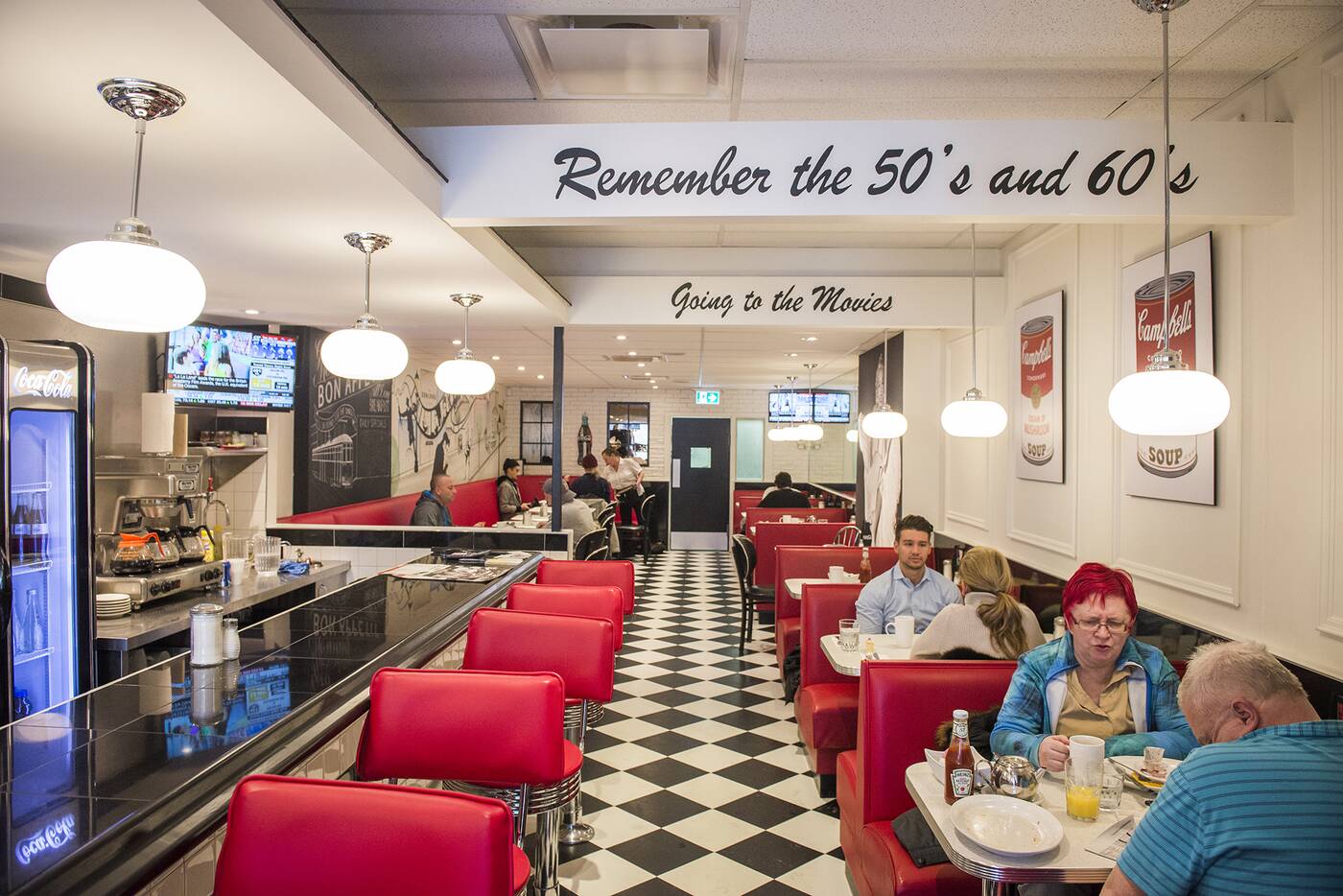 After renovations, Donlands Diner still new but in an old school way. Photo by Hector Vasquez.

The state of affairs at this diner had started to go downhill well after its opening in 1955, but thankfully 2016 saw a major overhaul that changed the game. This reliable diner in East York now has a shiny new retro feel.

This diner has been around since 1960, located discretely on a corner by Yonge and Wellesley. It's interior has an old-fashioned, family-run feel, and breakfasts run all day here.