Donlands Diner has been around for pretty much forever: 1955 if you want to get technical. But after a big renovation at the end of 2016 it was brought back to its former glory.

All the wood paneling, layered ceilings and cramped seating were replaced with a nice, bright layout and a classic fifties diner feel. Standard breakfasts and omelettes are go-to’s here along with hearty after-five options such as pork chops and fried chicken. 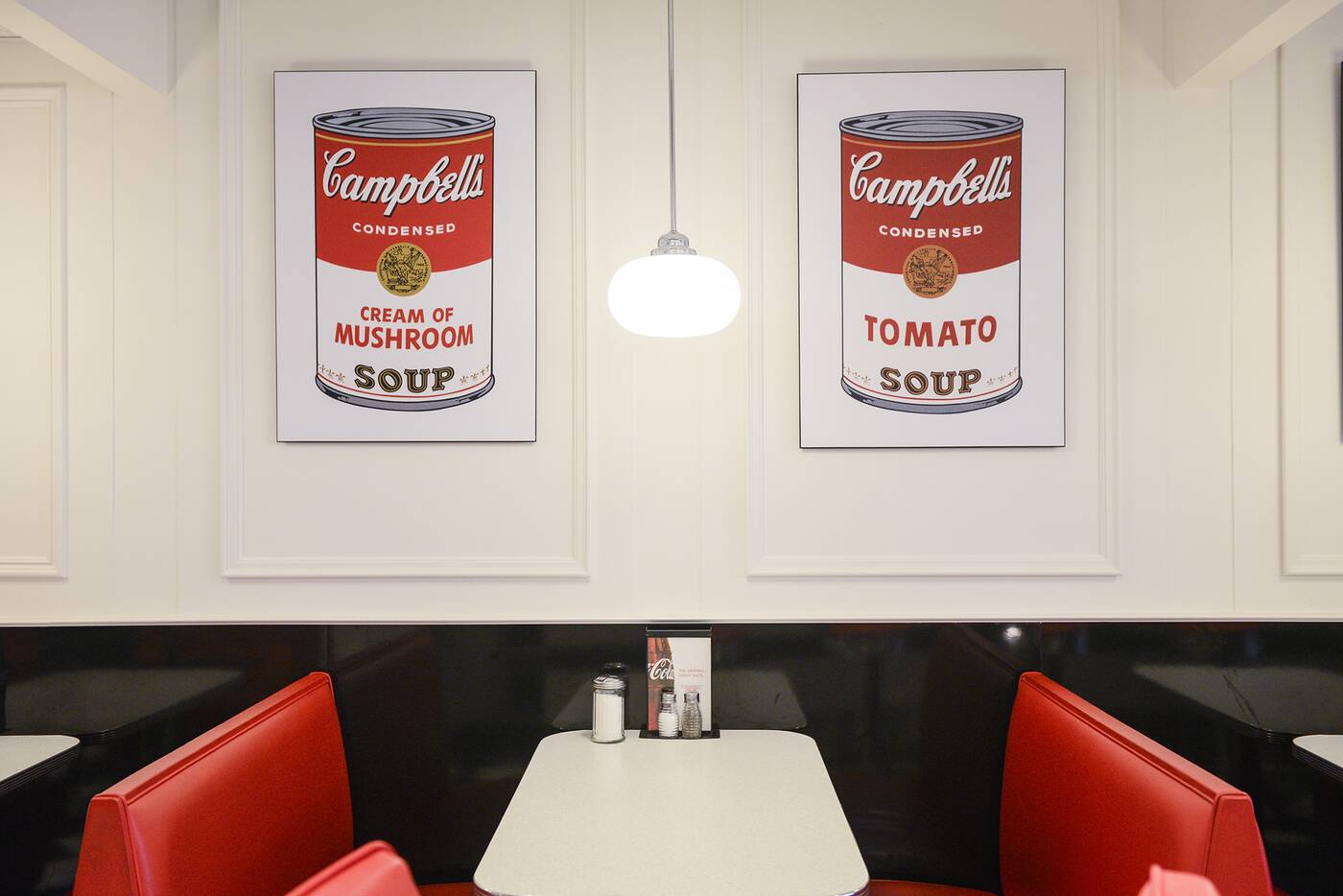 A mural by Hand Painted Murals features retro icons like Marilyn Monroe and James Dean, as well as Andy Warhol soup cans. Cheerful red bench seating is ample and comfy, and the space has enough chrome to delight any diner aficionado. 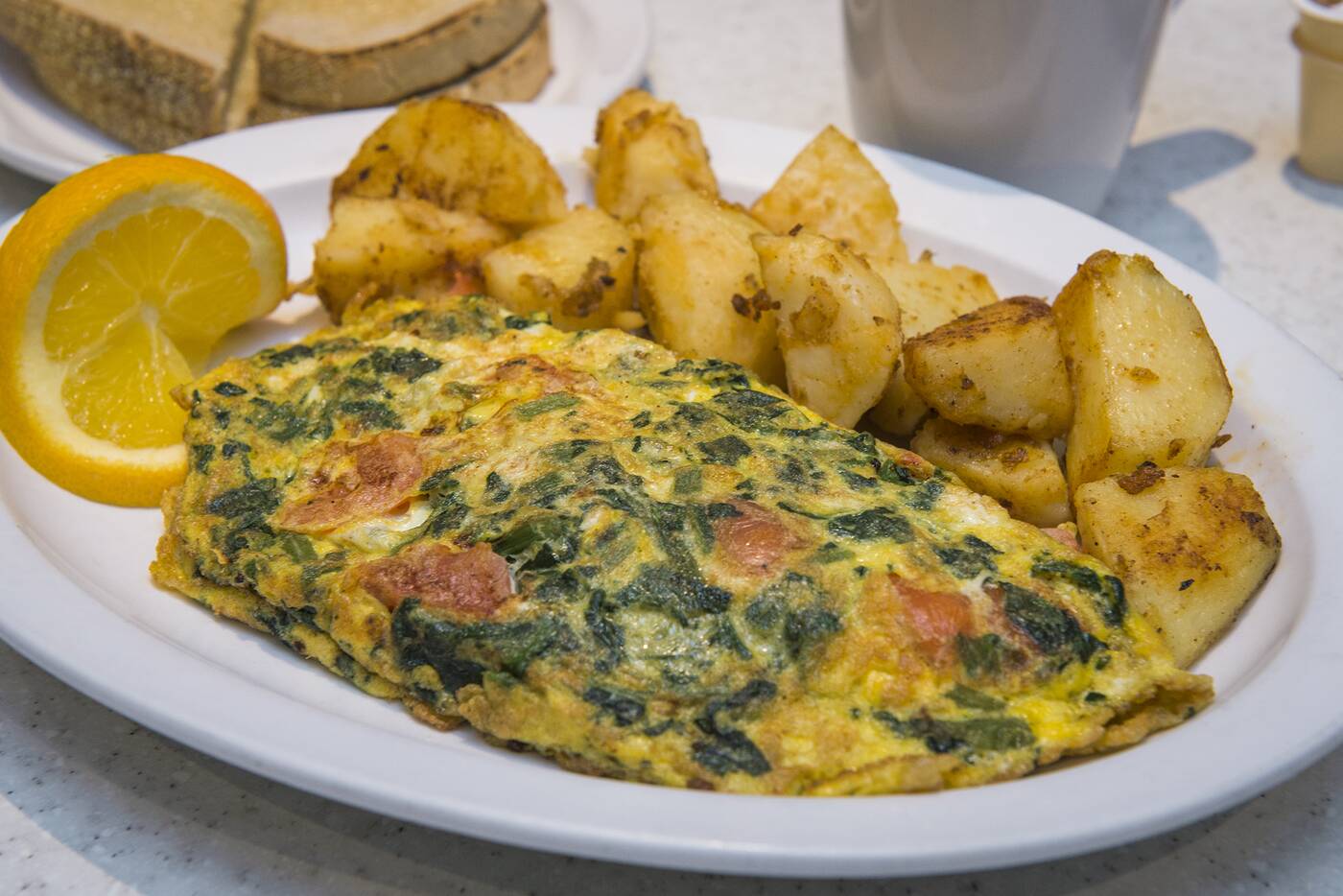 For breakfast there are omelettes in a fairly basic range of flavours, from Western to asparagus, and we try the spinach, goats cheese and hot house tomato ($12.99), which comes with home fries and toast with preserves. It’s hearty but fresh, crisp on the outside and fluffy on the inside. 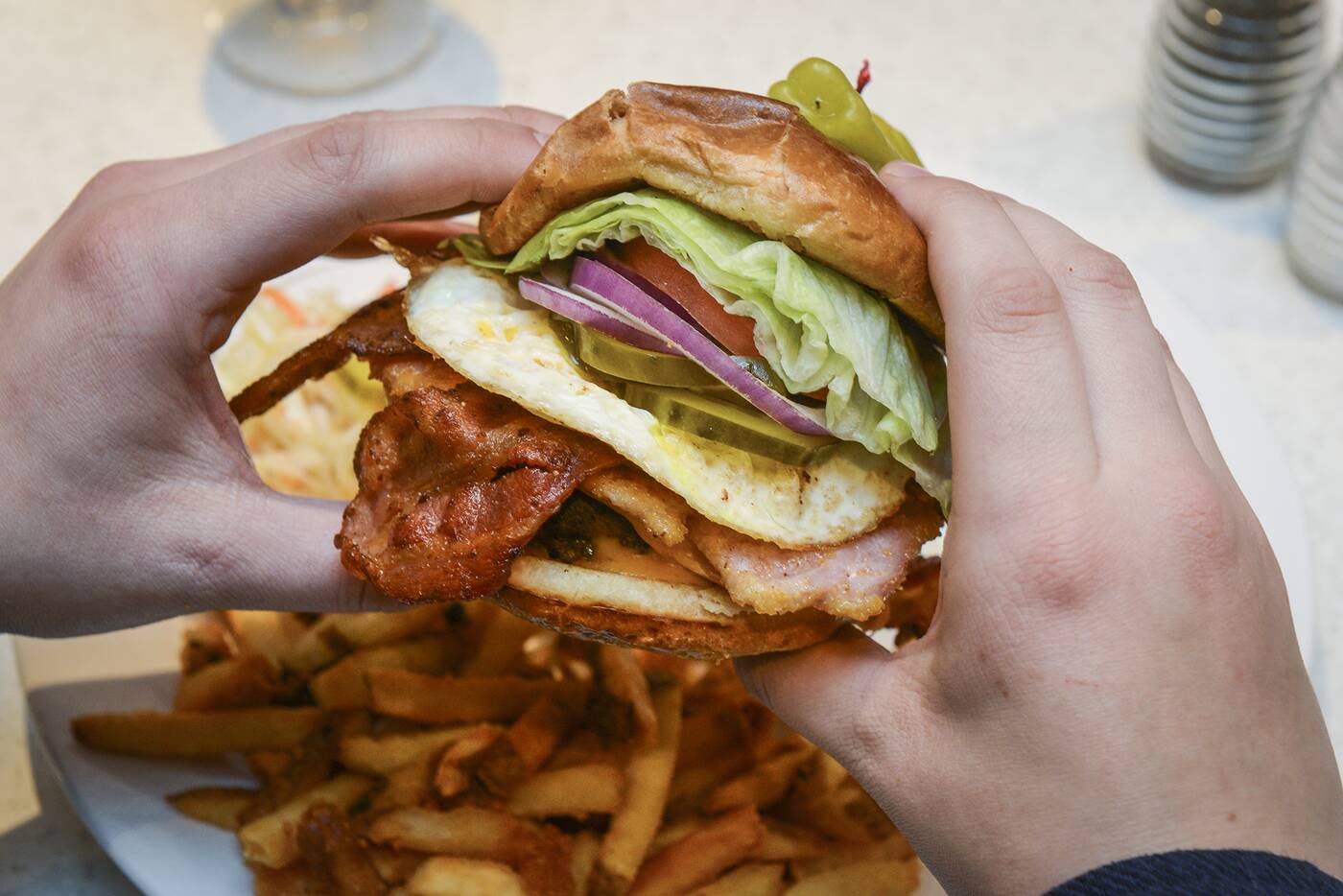 The DD Burger ($13.99) is a comfort food destroyer and deserves to bear the restaurant’s signature initials. It’s got two kinds of bacon, peameal and smoked strip, as well as a drippy egg and 1000 Island Dressing. The combo is smoky, sweet, addictive, and messy. 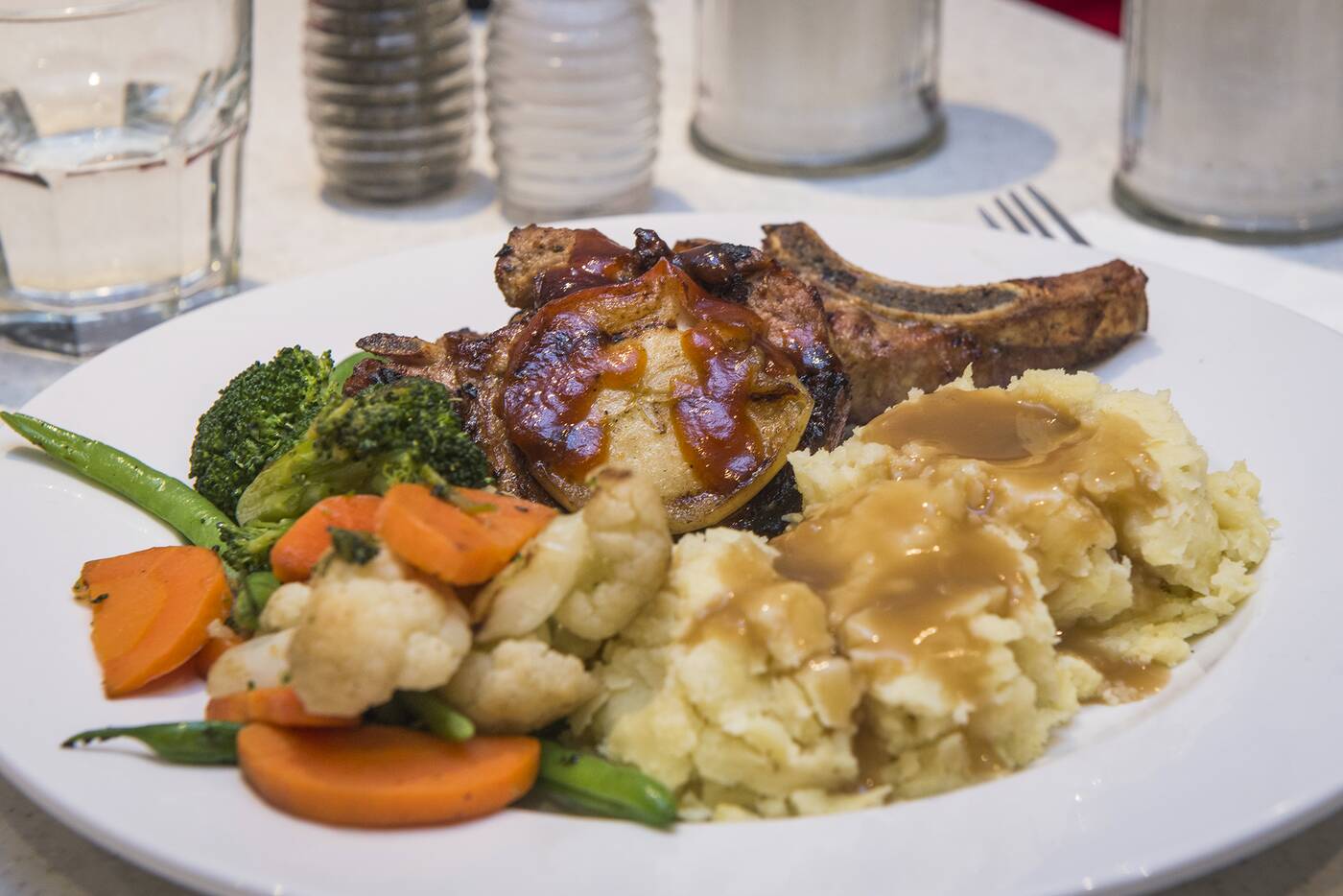 Grilled pork chops ($15.99) are on the “After 5” menu, topped with sweet and crunchy apples and moistened by whiskey BBQ sauce. On the side are some chunky mashed potatoes and gravy along with a juicy veggie medley. 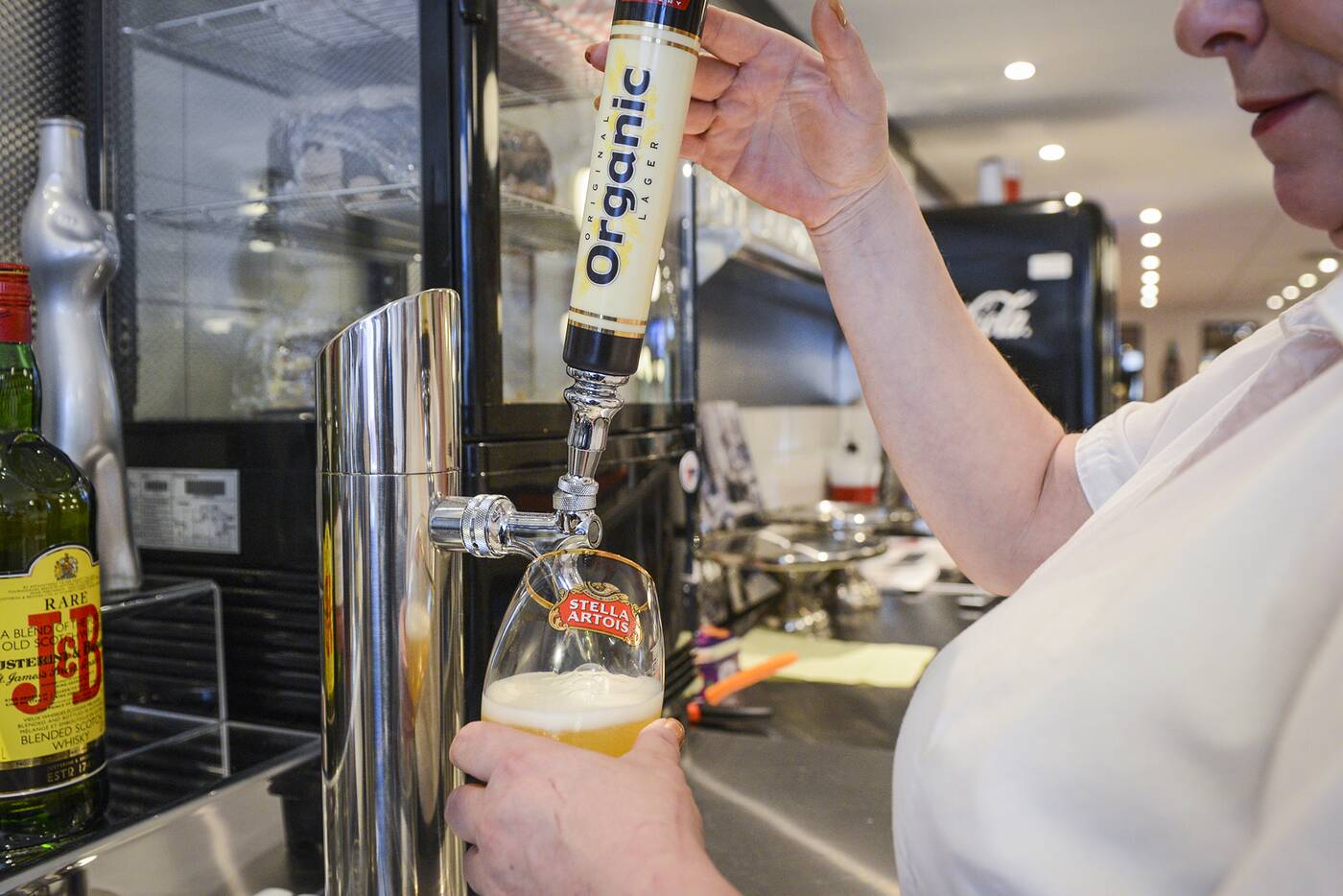 Donlands Diner is licensed to serve draft as well as cocktails, including a Mill Street Organic tap. 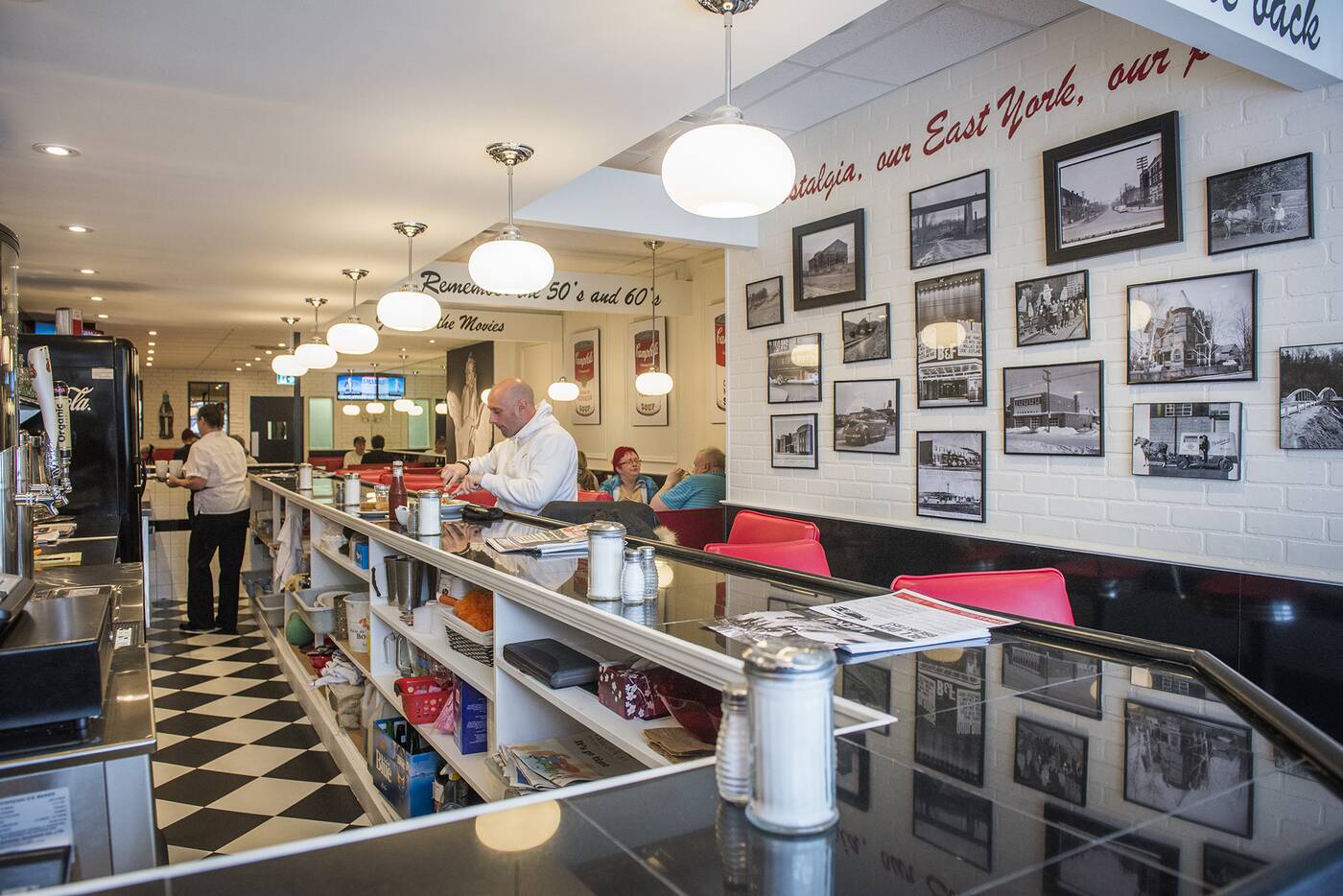 The menu and the space have been totally updated, but though the sole thing that’s remained the same is an old Coke fridge, it was in service of keeping a well-known standby around for even longer. 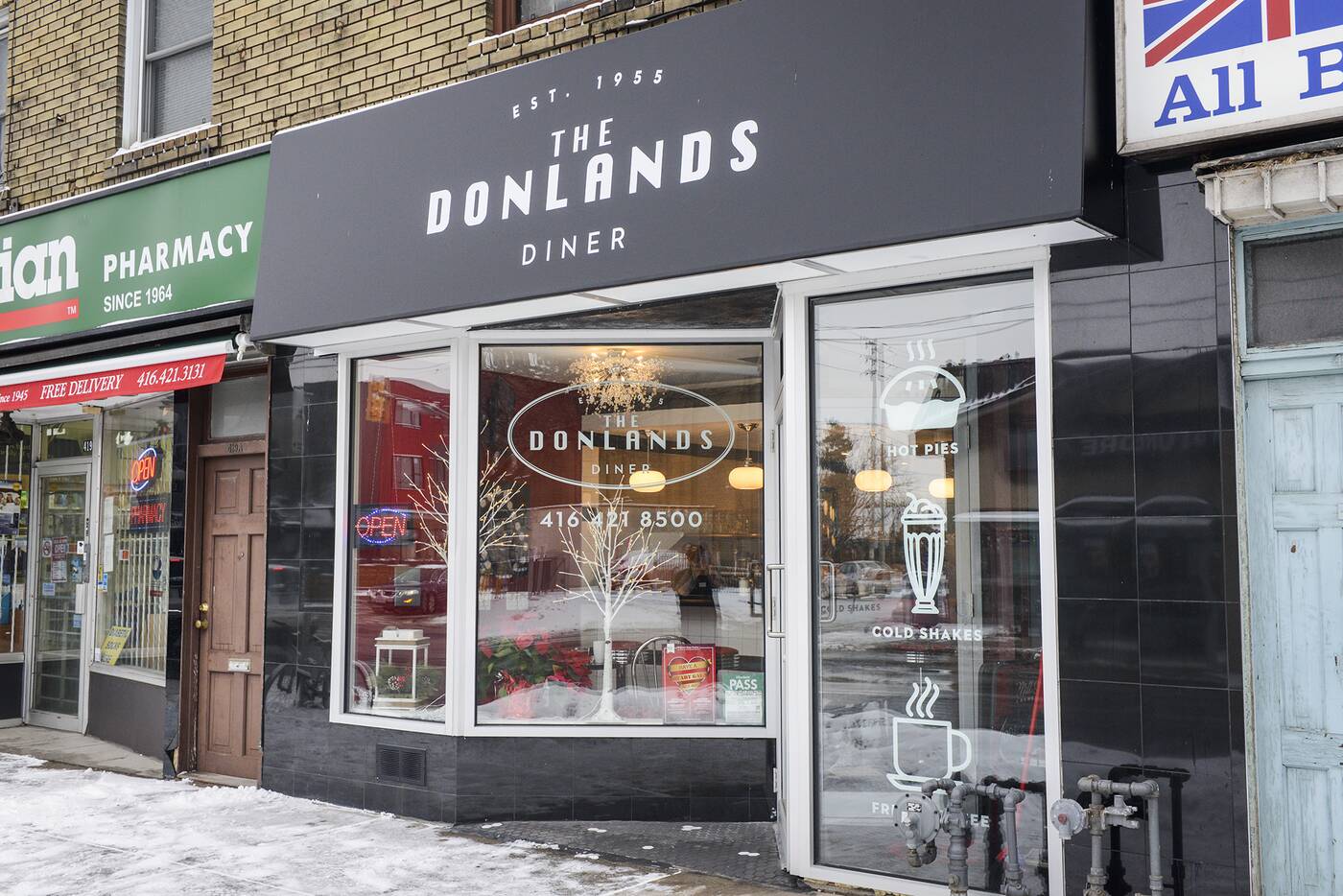