The top 30 places to drink beer in Toronto by neighbourhood

There's a great place to drink beer in almost every Toronto neighbourhood these days. From brewpubs to pubs and bars with well curated or extensive beer lists, there's plenty of choice to be had.

Here are my picks for the top places to drink beer in Toronto by neighbourhood.

Brewhaha is a revamped concept craft beer lounge sitting in one of the oldest English pubs in Toronto. Up to 40 beers are available on any given night, including a range of tall boys such as Lake of the Woods Forgotten Lake Blueberry Ale.

24 of Sin and Redemption's 42 draught lines are dedicated to Belgian beers and the rest is a decent smattering of European, Canadian, and US content.

Tallboys has 70 beers, mostly in tall cans so there's almost always something cold you haven't tried yet. 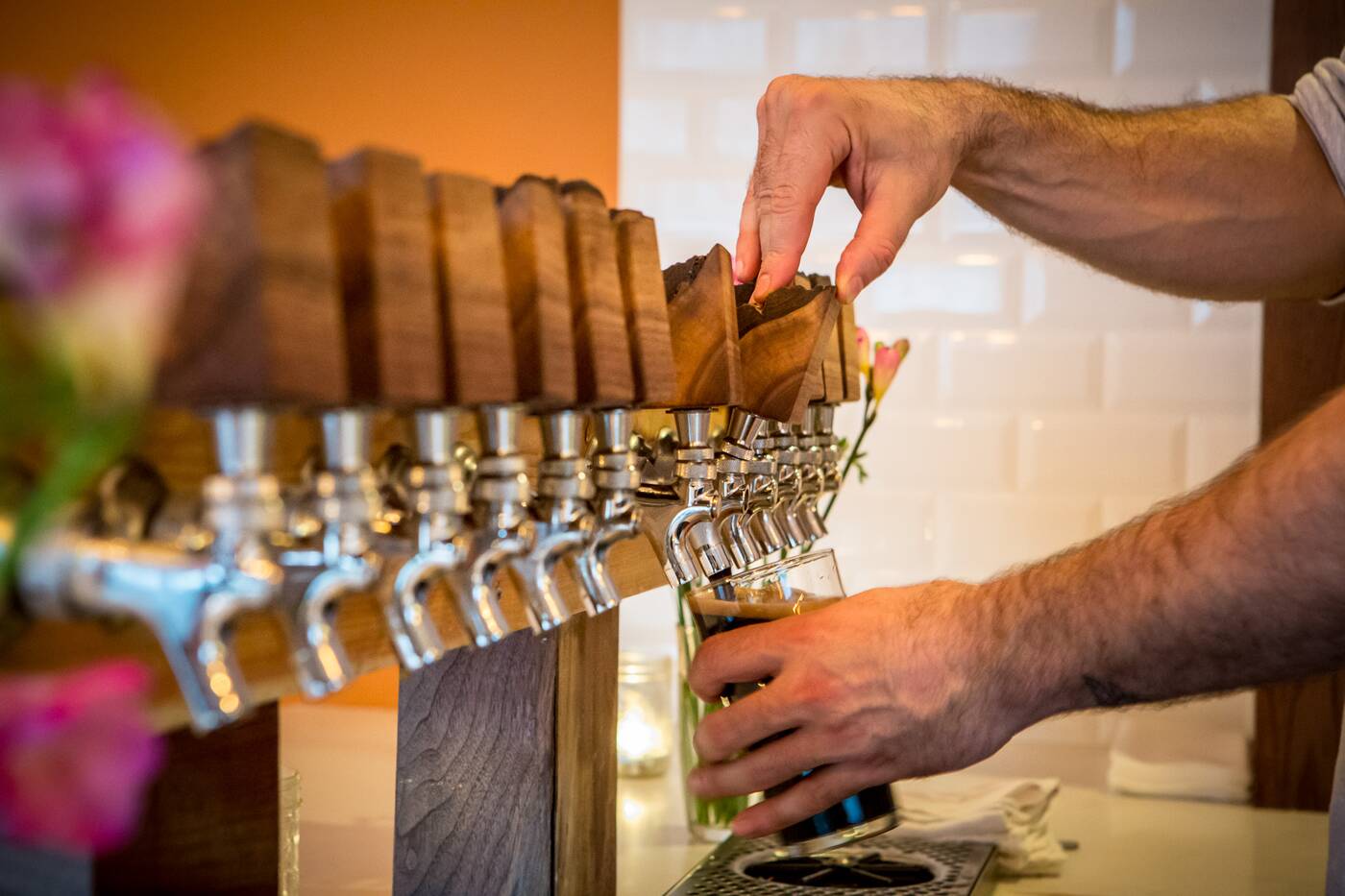 Burdock might be many things - a restaurant, bar, live music venue and bottle shop - but it's their excellent beer beer (available in bottles, draught or flights) that you'll not want to miss.

Stout is Cabbagetown's unofficial Irish pub and offers 20 mostly-local beers on tap, pub grub on the menu, and a decent little patio.

Hair of the Dog has a pretty good selection of local and international brands that makes it the best bet for a beer in the village.

Louis Cifer Brew Works is a craft-beer-focused spot from the people behind Stout Irish Pub. The large brewpub offers a variety of Louis Cifer seasonals and one offs. 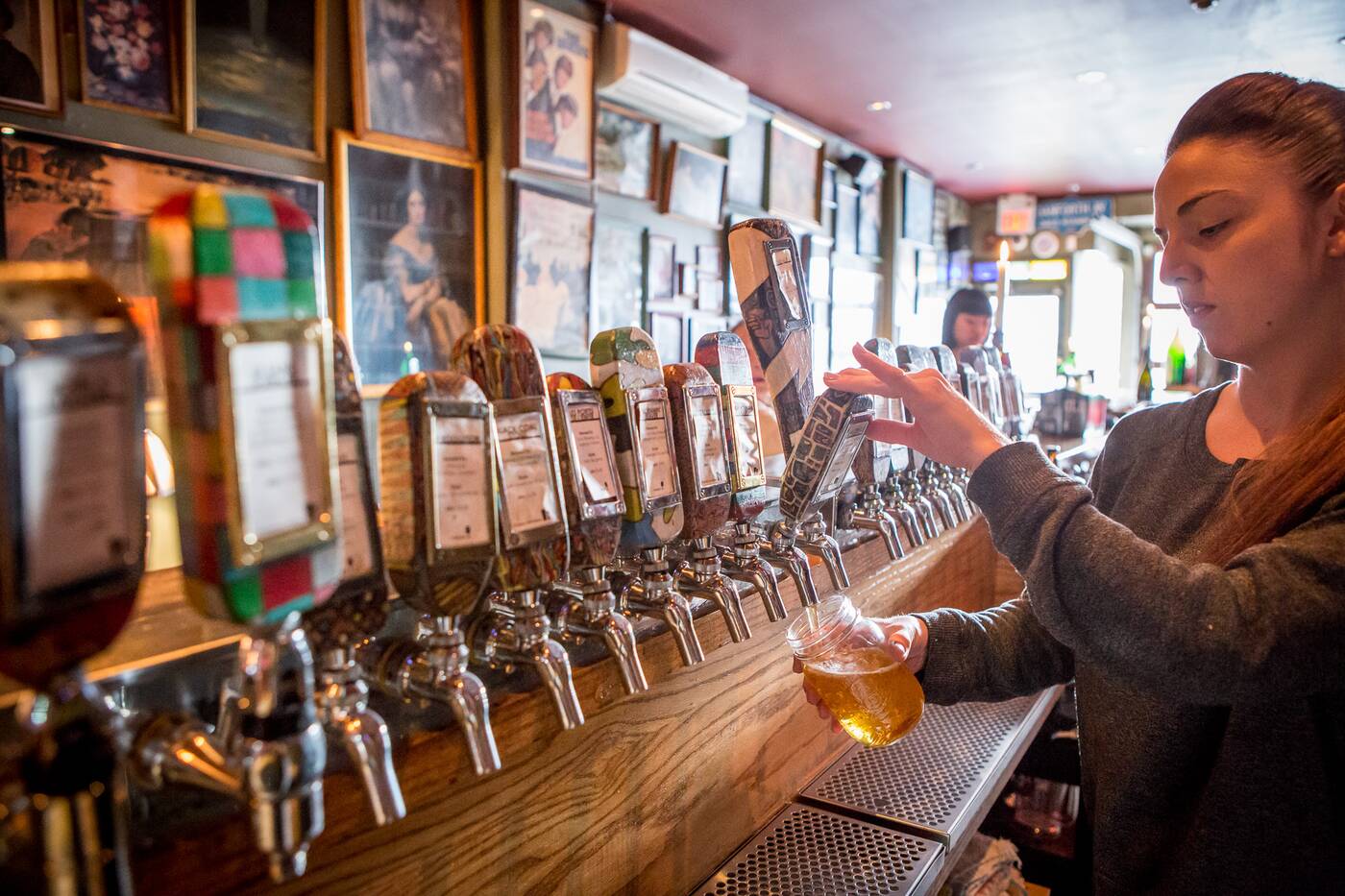 Jesse Milns at The Only Cafe

The Only Cafe remains king of the east end craft beer scene. They have a killer selection of 24 draught beers, 230 bottles and cans, and one featured craft cask.

Mill Street Brew Hall and its sibling brewpub still brings in crowds for its great lineup of English style ales and lagers.

The Bier Markt is where to go for an extensive selection of European brews. Beer is also incorporated into the food menu.

Get Well stocks a thoughtful selection of a dozen draught beers and good bottles in the fridge. Plus free vintage arcade games.

beerbistro divides their excellent selection of local draught and over 100 bottled options, including hard-to-find Belgian and American imports, by the beer's character: choose from spicy to robust, to refreshing or bold.

As a general rule, you can't really beat a place that makes beer onsite as source for a good pint. Amsterdam Brewhouse also has seating for 300 people on three patios, including one right on the lake.

The Indie Ale House has an ever-changing lineup of their own great beers, one or two guest taps, and excellent food churned out of a kitchen with a wood oven pizza and an in-house smoker.

Thirsty and Miserable is a tiny little bar with a quality tap list and a carefully curated collection of Belgian trappists, American craft beers and locally sourced micro brews.

Bar Hop has a lengthy beer menu to pick from. The menu is broken down by alcohol content and origin. As for taps, they have over 20 to choose from. 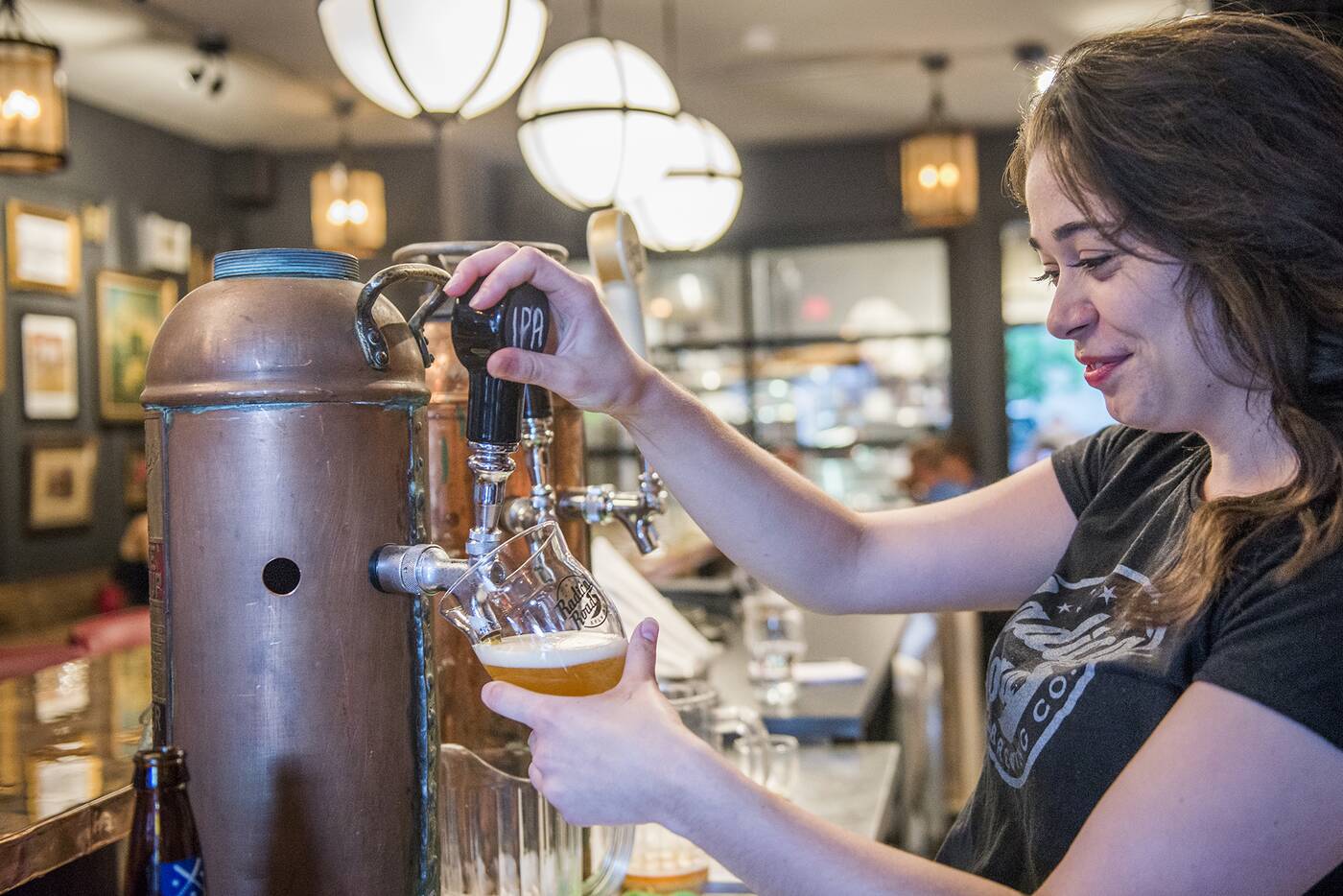 Radical Road is a brewpub and taproom where all of their beers are brewed in-house. They have really tasty food and you can find up to six of their beers on tap on a given day.

The Craft Brasserie sets it self apart from other beer bars by offering the largest selection of draught beers in the city. They offer a staggering 120 beers on tap so take your time choosing.

Eulalie's Corner Store has a well-curated selection of eight beers on tap including an eponymous house lager and local craft brews.

Birreria Volo might have the best beer selection in the city. They have a lengthy list of beers on tap along with a line of rare imported bottled beers.

Bellwoods Brewery makes their beer onsite and pair them with good food and a great atmosphere. Don't miss cellared versions of their past rarities.

Duggan's Brewery offers a sprawling space to try a number of their speciality and seasonal brews. There's a bottle shop so you can also grab some beers to go. 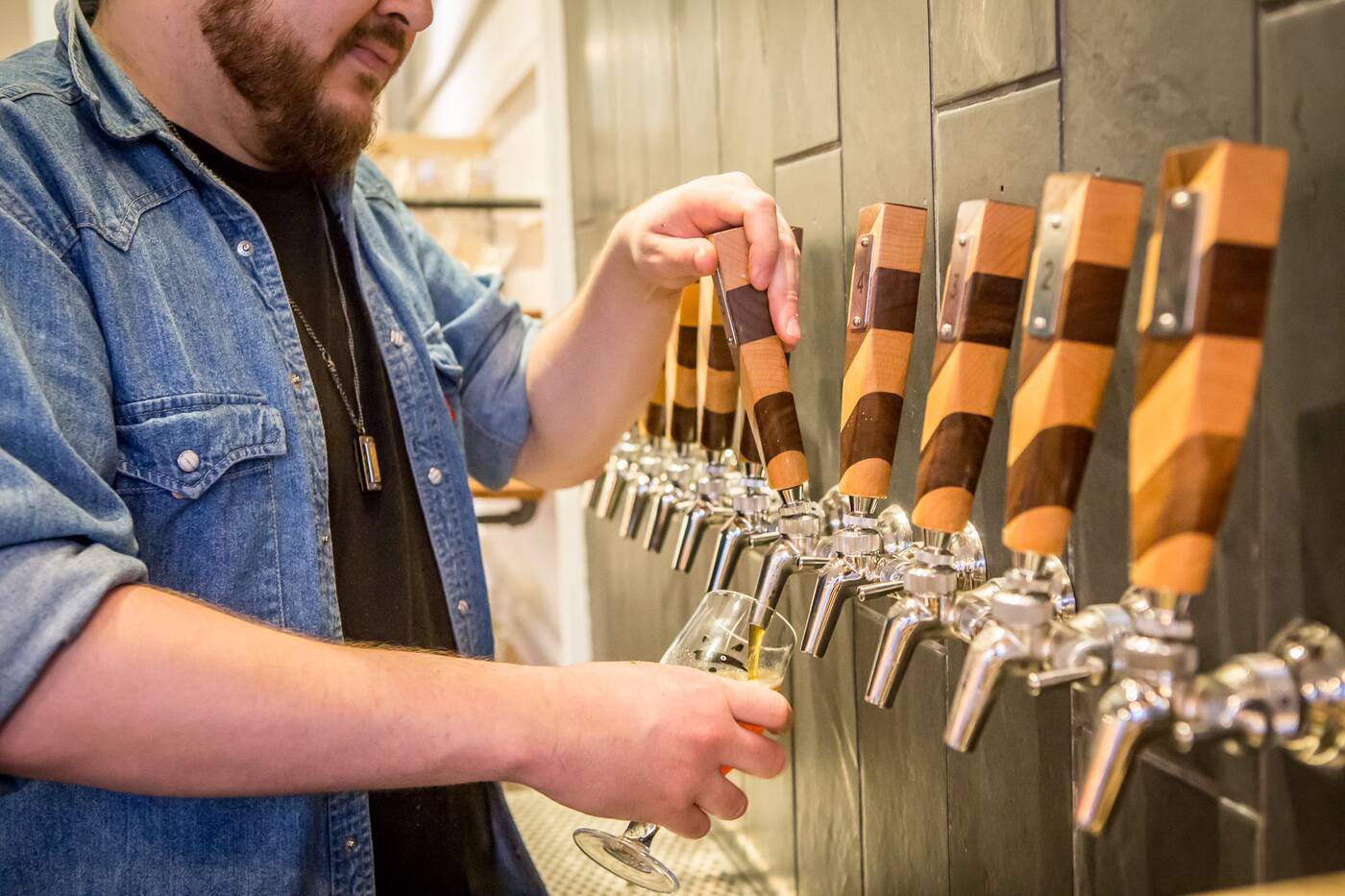 Bandit Brewery is an open-concept brewery with 20 beers on tap. They do beer flights and offer tasty food too.

Going strong for over 20 years, the Rebel House is a classic pub with a little more thought paid to the beer. There's good Ontario draught and a handful of decent tall boys.

Prost! Meet Ottoâs Bierhalle, the larger, boozier incarnation of Ottoâs Berlin Doner. Find an incredible range of both local and imported beers here, creeping up on a hundred options with 24 taps and up to 50 or 60 bottles.

Monk's Table boasts one of Toronto's best selections of European draught beers. Their website even says so, and you can't lie on the internet.

The Oxley, an upscale British pub, has a respectable beer menu along with some cask conditioned ales.