Taste of Manila draws a crowd to Bathurst and Wilson

This past weekend, entering Wilson Avenue and Bathurst Street felt like stepping into the crowded, noisy, and aromatic streets of Manila, Philippines.

The inaugural Taste of Manila street festival took place at Toronto's Little Manila community with Bathurst Street being closed off between Wilson and Allingham Street. About two dozen vendors offered a sumptuous sampling of Filipino food, drinks and pastries - and live music and performances on a stage at Wilson and Bathurst entertained the busy crowd. 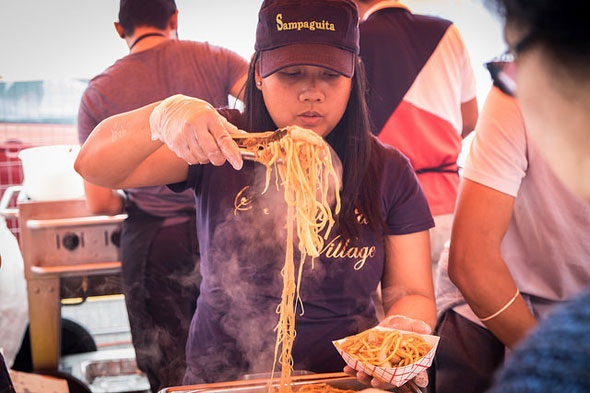 "It's been pretty crazy and really enjoyable. I love to see everyone out here, smiling and getting a good bite to eat," said Berlinie Tuong from the Sampaguita Village Restaurant stand, as she busily took orders for items like pansit (noodles), lumpia (spring rolls) and barbecue beef short ribs. "(Filipino cuisine) is obviously a booming thing here. The fact that we're hosting this festival for the first year is great." 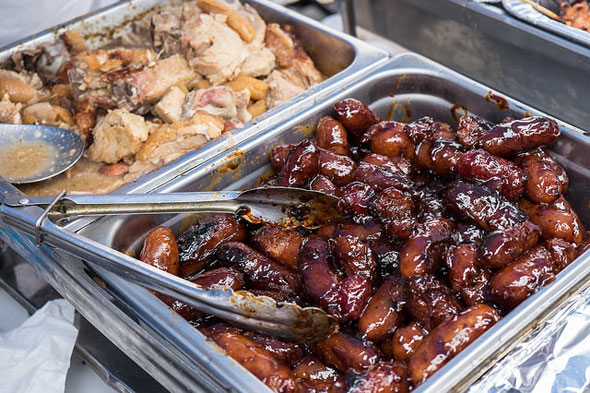 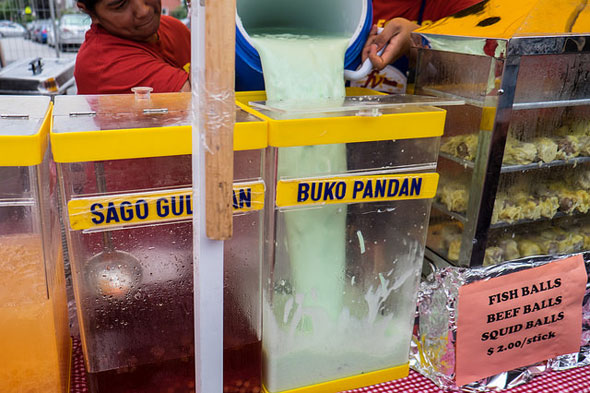 Visitors also soaked up the saucy and greasy goodness with garlic fried rice or pansit - and washed it down with traditional beverages like sago at gulaman (made of brown sugar, water, gelatin and tapioca pearls) or buko pandan (refreshing coconut and gelatin beverage known for its distinct green colour). 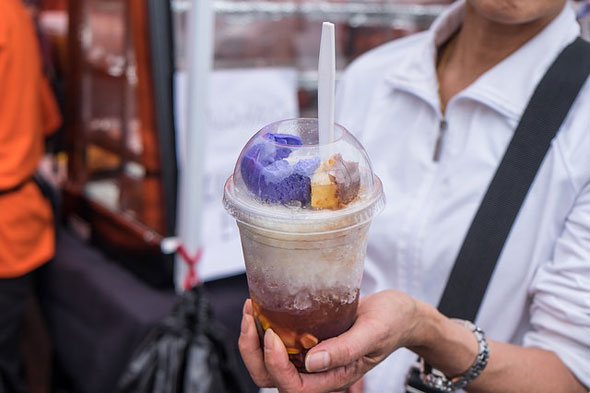 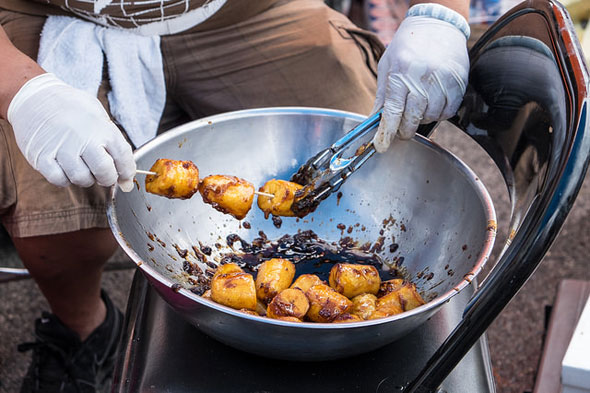 As a Philippine-born Torontonian who occasionally craves the flavours of back home, it was also nice to see less popularized items like Banana Q (deep fried banana) and bangus (fried milkfish). As my souvenir, I packed home a container of freshly made chicharon from Violet's Catering. Who knew the simplicity of deep fried fatty pork skin, salt and oil could be so sinfully delicious? 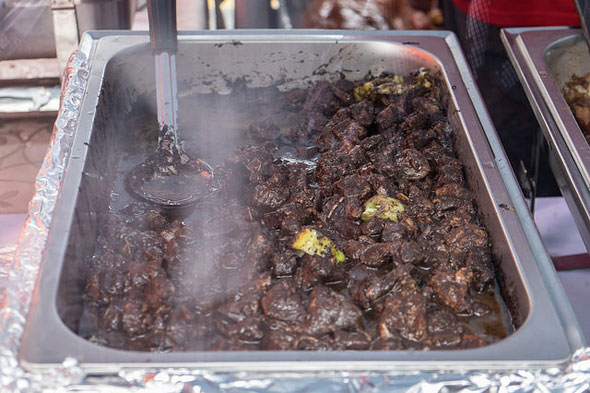 Toronto is home to many summer street festivals - including the Taste of the Danforth, Taste of Little Italy and T&T Night Market. So a festival that spotlights Filipino cuisine and culture was inevitable and judging by the long lineups, Taste of Manila was also long overdue. 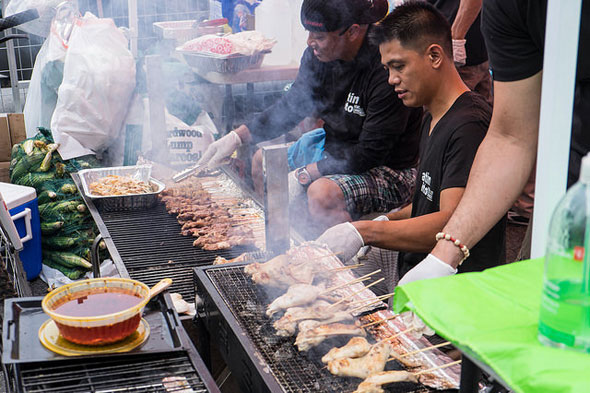 "The turnout has been incredible," said Pepito Torramba, Vice Chairman of the Philippine Cultural Community Centre, who organized the fest, which was expected to attract over 10,000 people. Torramba said the neighbourhood is the ideal festival location, because of its vibrant Filipino population. "Filipinos are the number one growing community in the GTA." 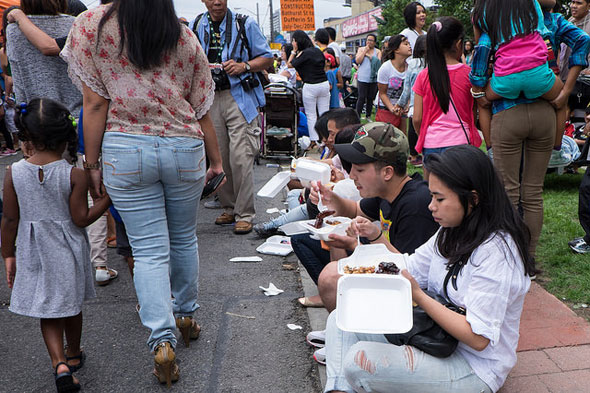 The crowd was predominantly Filipino indeed. Visitors packed the streets - many sitting on the edge of the sidewalk with overflowing styrofoam containers in hand. Chatter and laughter was muffled by the loud live music and performances. 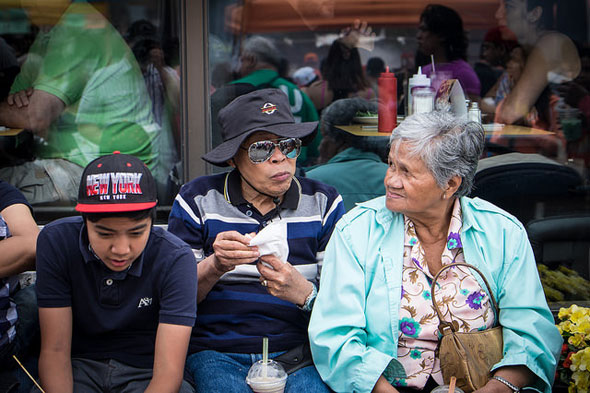 "It's like being back home," said Bolivar Bao, Vice Consul, Philippine Consulate General of Toronto. "The support that the City has given to the street festival has simply been great and shows the strength in (Toronto's) diversity."