A shocking video depicting the squalid condition of a public washroom is generating discussion about the decline of public infrastructure in John Tory's Toronto.

The video posted to Twitter on Sunday shows absolute horror show conditions at the public facilities in Dufferin Grove Park, just south of Dufferin and Bloor. 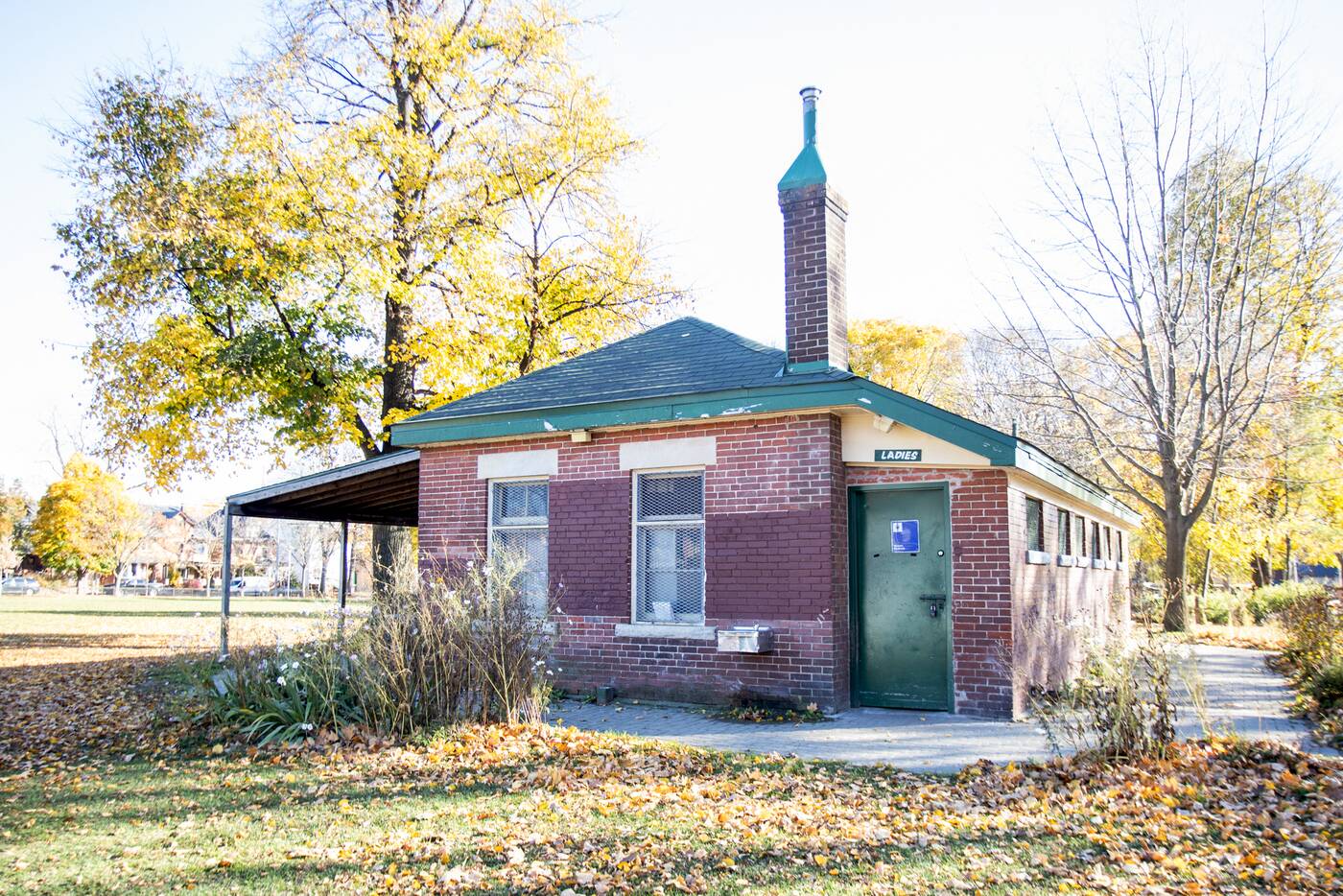 The post calls out the mayor over the disgusting state of the public bathroom in a caption accompanying the clip, which shows unidentified toilets surrounded by pools of liquid that I'm willing to bet aren't water, and apparent turds of human feces in a stall telling the story of a poor soul who made it to the home stretch but not the finish line.

So. Is it because rich folks don't hang out on parks that this is the state of the washroom at Dufferin grove @JohnTory? I guess I'm selfish for asking for more than this. This is just our city now.... #topoli pic.twitter.com/BtNf4iMjTB

Twitter user Chris Ball declined to comment further on the issue, though he did provide a bit more commentary for the many following the thread.

Dignity is a luxury for the rest of us I guess

For what it's worth, the toilets themselves actually appear to be between moderately and sparkling clean in the video (ignoring their contents), but practically every surface around them looks 10 out of 10 filthy.

Among those who have spoken out about the clip, journalist Shawn Micallef tweeted, "Tory's Toronto. He is still insisting Toronto is not in the state people who actually live in the city say it is in."

The only way Tory will act is the people in his social circle start telling them. It's the only way he moved in the past, on carding.

In what could probably serve as some type of social commentary if you really chose to read into it, the women's washroom appears to be in marginally cleaner condition than the men's room. 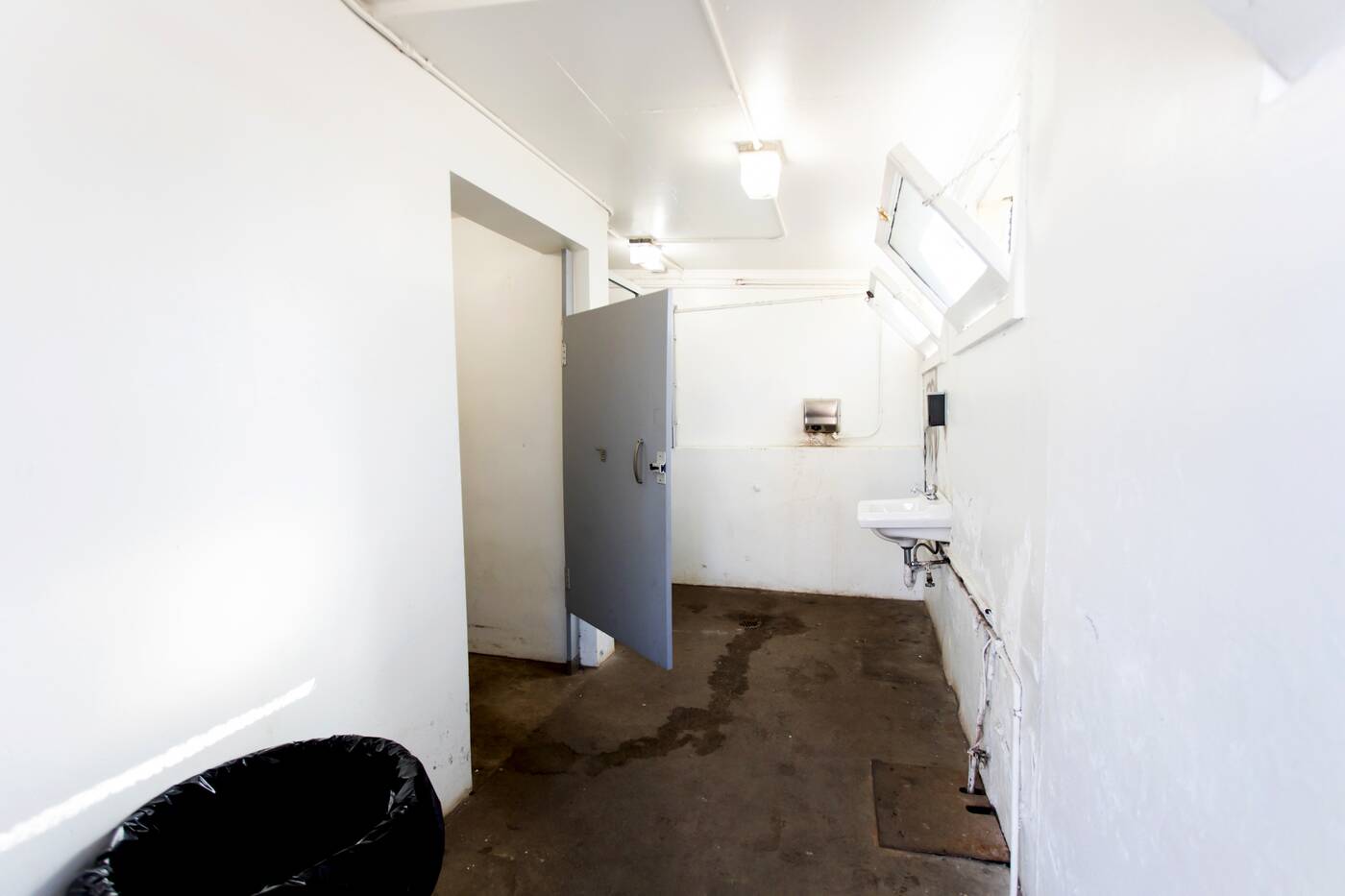 Inside the women's facilities at the Dufferin Grove Park public washroom building. Photo by Fareen Karim.

Though this assessment is made under the optimistic assumption that a heart scrawled on the wall is the product of a spray paint can and not something more.... bodily. 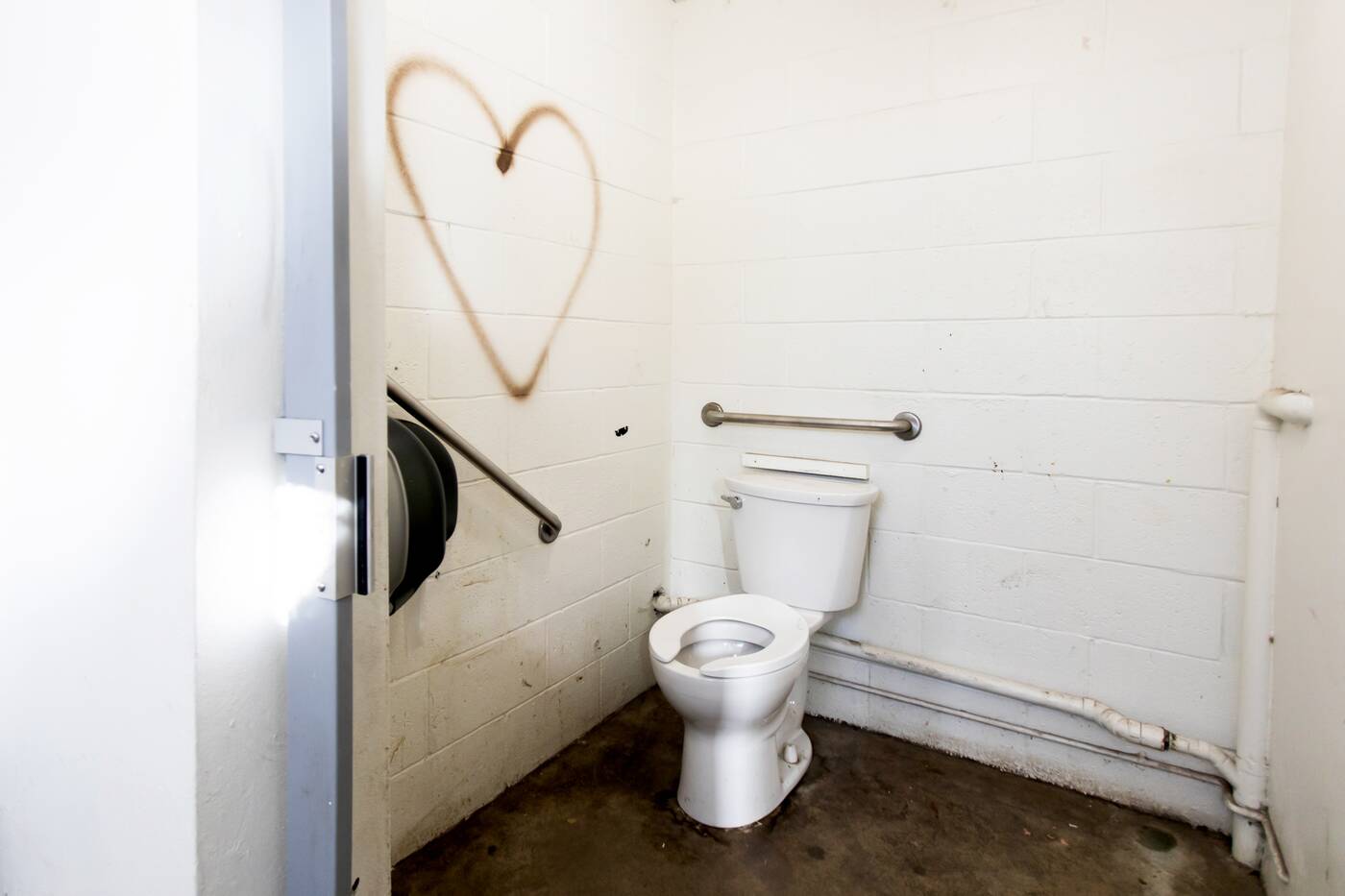 Some are just surprised that a park washroom — a public amenity many locals have come to expect shuttered in this town — is even open and operational.

I think we're just supposed to be grateful that the washroom is open? I rotate between Dufferin Grove, Dovercourt Park & Bickford Park with my dog. The washrooms in Bickford are often closed. I infamously had to poop in the bushes once when I was sick & the doors were locked. 😭

Others are using the discussion as an opportunity to vent their frustrations over the mayor's austerity campaign and share the growing perception that Toronto's infrastructure and public amenities are on the decline.

the year old sinkhole on my street directly in front of a daycare drop off spot #austerityTO pic.twitter.com/k5pbZC7sVw

A City of Toronto representative tells blogTO that "outdoor washrooms located in City of Toronto parks are cleaned and maintained at minimum once per day, with higher volume washrooms being cleaned more often."

The representative says that since learning of the situation, the city has "reached out to Parks staff to get an update on the washroom."