Toronto's next subway line took a huge leap forward this week with Infrastructure Ontario (IO) announcing on Wednesday that a $6 billion contract is officially in place in the bid to design, build and finance the Ontario Line's southern civil works, including stations and tunnels.

The "South Civil contract" was awarded to a consortium of design, construction, and financial groups collectively known as Ontario Transit Group (OTG) on Tuesday, and was confirmed in a press release the following day.

OTG was selected in a competitive procurement process as part of IO's Public-Private Partnership based on the provincial infrastructure agency's statement that the consortium offered the "best value for Ontario taxpayers."

The group is expected to begin mobilizing its design and construction crews in anticipation of an early 2023 construction start, with a goal to complete the South Civil contract in 2030.

The scope of this work includes a six-kilometre tunnel and associated works from Exhibition to the planned Don Yard portal, groundworks for tunnels and stations, utility and conduit works, guideway structures, and facilities to prepare for the track structure, which will be installed under a separate contract.

This announcement comes with a brand new set of renderings that offer a glimpse of what the station interiors will look like, joining the existing set of images depicting the exterior architecture. 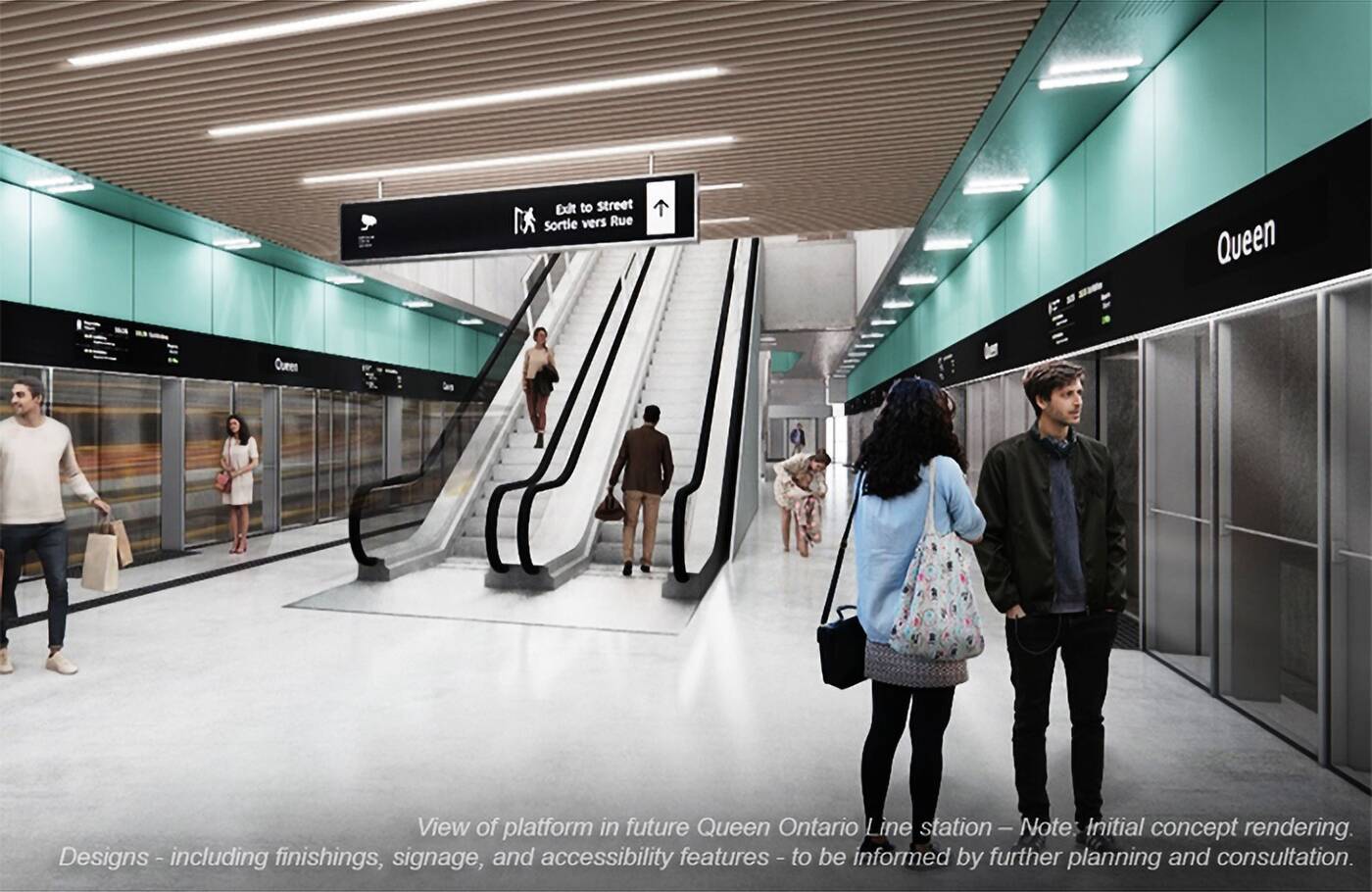 The renderings also offer a preview of how station concourses will look, with a preliminary rendering showing the connection between street and platform level at the future Moss Park Ontario Line station. 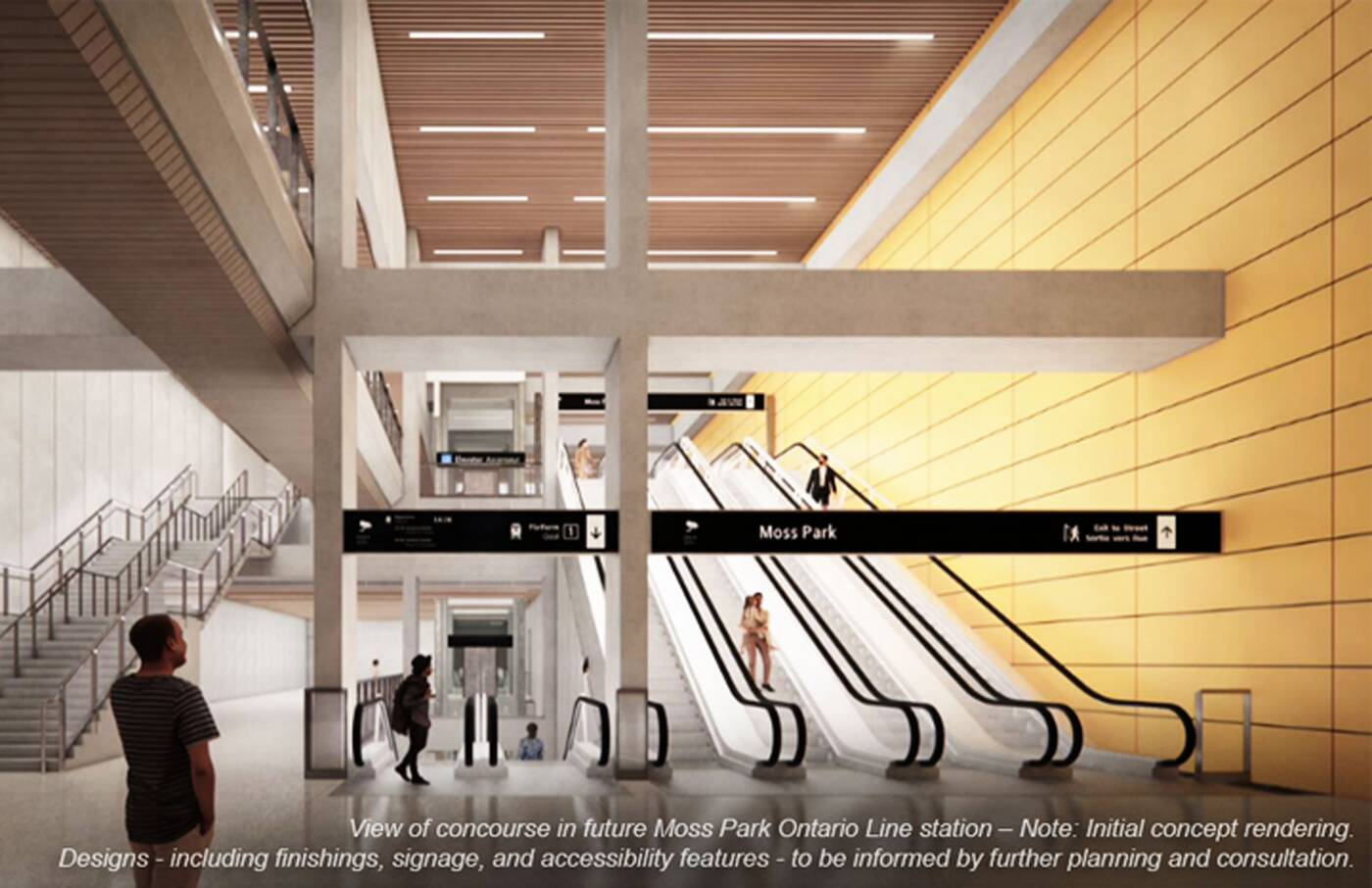 It will still be at least until 2030 before the 15.6-kilometre rapid transit line is expected to enter revenue service between the Science Centre and Exhibition Place.

It will include 15 stations, with six interchanges connecting to other rapid transit routes and over 40 surface connections.