We now know that Canada will get a one-time national holiday for Queen Elizabeth II's funeral on Sept. 19 — though most residents, at least in Ontario, won't actually have the day off — but this is just one in an entire period of mourning that the country and all Commonwealth nations are oficially in.

The day of Her Majesty's death on Sept. 8 marked the first of 10 days of mourning, which include a number of traditions that take place when such an event happens.

This started with things like the lowering of flags nationwide to half mast — where they will stay from that day until the eve of her funeral, except on the day the King was proclaimed as the Commonwealth's new monarch on Sept. 10 — and the donning of black apparel and arm bands.

Black ribbons may also be seen sported by public figures and everyday residents, as well as placed across the top left and bottom right corners of portraits of the Queen hung in places like Toronto's Queen's Park. (These portraits will be taken down after a reasonable time of mourning and replaced with one of the new King.)

Lights may also be dimmed or changed to royal blue at iconic spots like the CN Tower, Parliament Hill and various private venues throughout the mourning period in honour of the late Soveriegn, especially at spots she visited. Many churches symbolically rang their bells 96 times for her 96 years on Friday, or rang muffled bells.

Many may notice flowers set at various locations in her honour, such as at Queen's Park or by the Queen Elizabeth II Silver Jubilee Rose Garden in Grange Park, and portraits or photo galleries popping up in her honour. 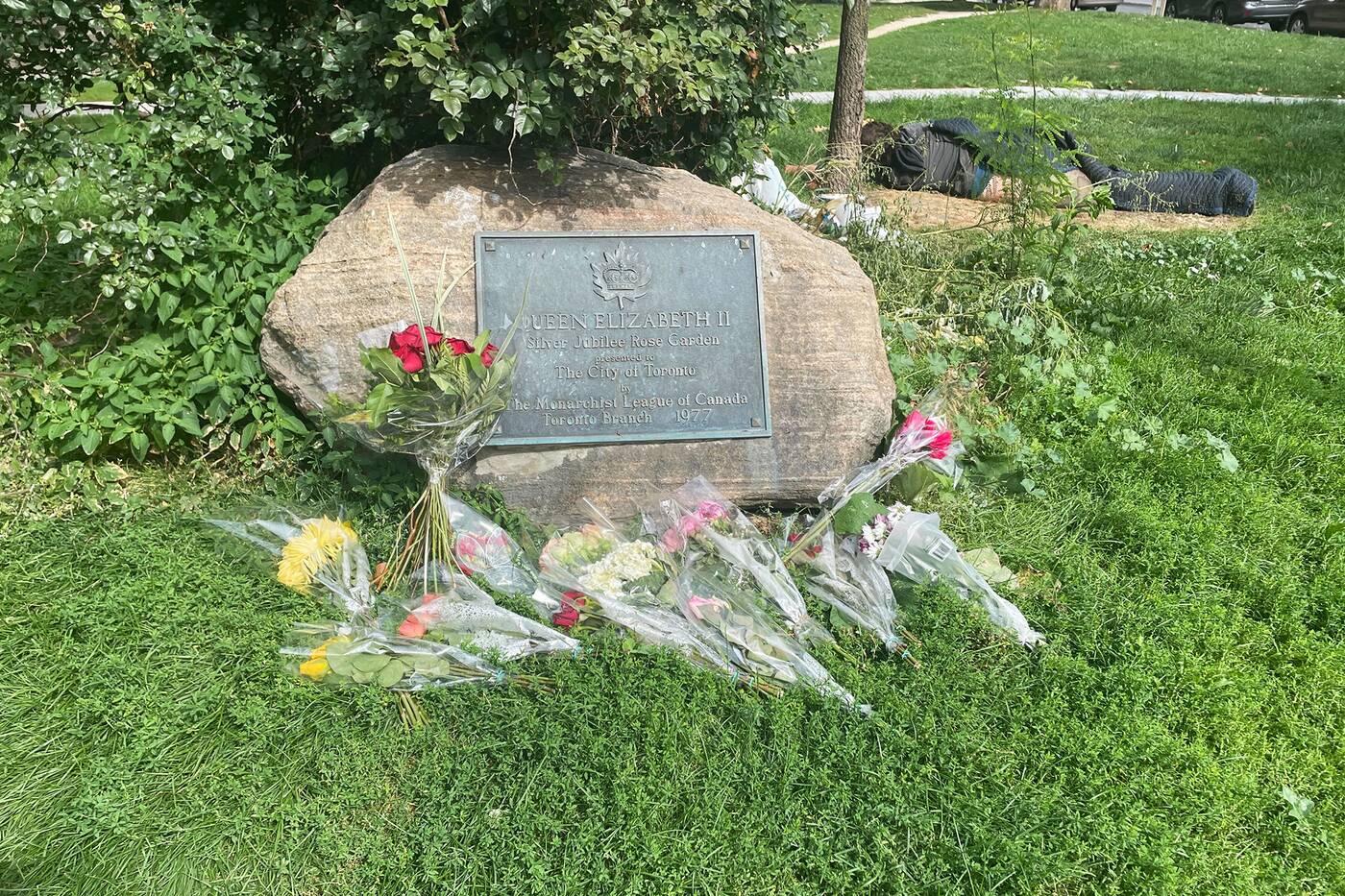 Books of condolences have also opened for the public to sign at Toronto City Hall and in the main lobby of the legislature at Queen's Park, as well as in cities across Canada, online and via email and snail mail. These messages will be sent to the Royal Family.

And, of course, there were the public statements of condolence from politicians like Prime Minister Justin Trudeau, Premier Doug Ford, Mayor John Tory and others that were announced shortly after her passing.

Book of condolences for the Queen set up at Queen's Park in Toronto and people can sign it https://t.co/pJaaqt2GhN #Toronto #QueenElizabeth

Canadians can also watch broadcasts and livestreams of the state funeral at Westminster Abbey on Sept. 19, while here in Canada, a national ceremony will be held at Christ Church Cathedral in Ottawa.

There will be a memorial parade, a Canadian Forces fly-past, 96-shot salute and more in the presence of various representatives of organizations with whom Her Majesty had a close connection, which include politicians, dignitaries, charities and military personnel.

Canadians can also download a commemorative card and portrait in memory of the Queen from the Government of Canada's website.

The House of Commons, which has already been adjourned for the summer, is usually adjourned in such an instance. Parliament is amending its schedule, holding a one-day sitting in honour of the late Queen on Sept. 15 and returning in full one day late, on Sept. 20, in light of her funeral on the 19th.