After a couple days of online bashing for his lavish jet-setting lifestyle, Drake has broken his silence and offered a sort of explanation of why is private plane 'Air Drake' is making 14-minute flights to Hamilton.

Last week it was revealed by CelebJets that Toronto's very own was flying across the globe in his private plane, releasing tons of C02 emissions. But what drew harshest criticism was a 14 minute flight from Toronto to Hamilton.

That 61-kilometre trip launched a whopping four tonnes of C02 emissions into the atmosphere with a staggering cost of almost $3,000 in jet fuel.

The hate comes as reality star Kylie Jenner was labeled a 'climate criminal' for flexing her private jet on Instagram. CelebJets also revealed Jenner as an avid jet setter, having taken multiple trips across California - all under five minutes.

Well now, Drake has exposed the truth on his recent flights.

"This is just them moving planes to whatever airport they are being stored at for anyone who was interested in the logistics…nobody takes that flight," said Champagne Papi. 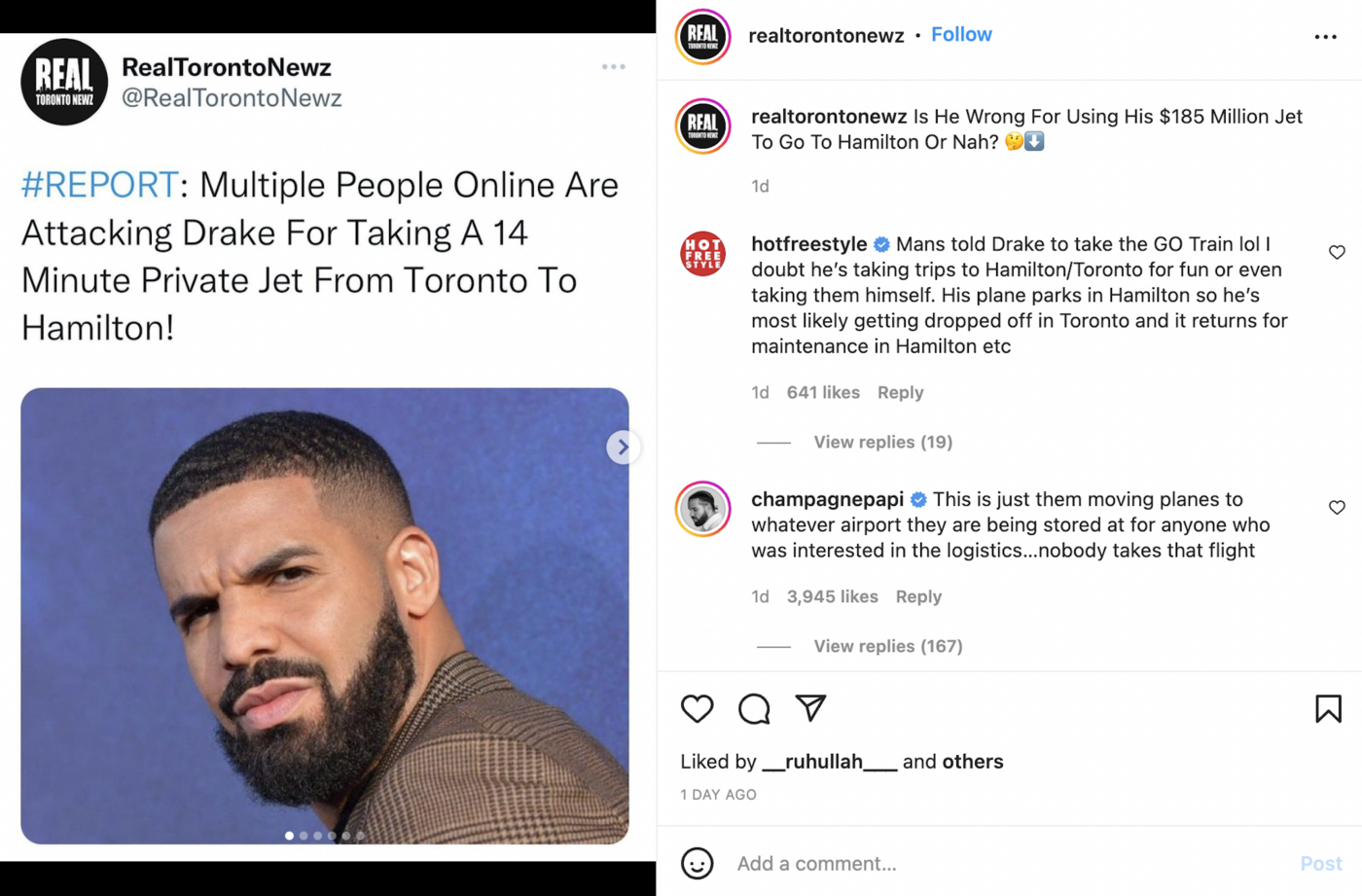 While we aren't sure this is a valid excuse as the trips (however small) are still happening, it seems Drake is well aware of the backlash.

It appears Drake is landing at Toronto Pearson and his pilot then takes the plane back home to Hamilton, where it waits for its next trip.

A quick search from CelebJets shows that Air Drake hasn't taken to the skies since last week's quarter of an hour trip.

Is it possible for the multi-million dollar 737 Boeing to be stored closer to Drake's pad? Will he stop flying privately all together? Does it matter that nobody was on the flight to Hamilton? How much does it cost to store a plane that big anyway?

Questions we'd all love answers to. Though it seems we likely won't get them anytime soon. Thanks for the explanation Drizzy.