I've seen many incredible photos of Toronto with colourful backdrops of an early or late night sky, spattered with blotches of pinks, purples and oranges, that look almost too beautiful to be real.

This one however, is truly magical.

Toronto-based photographers Kurt Wang and Taku Kumabe set out to Samuel Smith Park at around 4:20 a.m. a few days ago to capture an extremely rare alignment of the planets - an event that only takes place every few decades or so.

Wang posted a photo on his Instagram of the planets - Mercury, Venus, the moon and Mars, in that order - perfectly lined up next to the CN Tower, as though the tower itself was shooting them out in a straight line from its base.

"The experience was magical and amazing," said Wang.

The entire alignment had also included Jupiter and Saturn, though they can't all be seen in the same frame as they were much higher up in the sky. It's difficult to make out Mercury as well due to light pollution, but nevertheless, all five planets are there.

"Taku and I were not very sure if we would see these planets due to heavy light pollution, however, [they] didn't disappoint. The pre-dawn sky was so clear and the lake was so calm. I was so surprised and excited to see these planets so clearly lining up perfectly with our beautiful CN Tower."

A planetary alignment like this one is extremely rare to come by, the next one only occurring in 2040. Capturing quality photos like these is even more challenging - it's hard enough to spot the small white dots in the sky with your naked eyes! 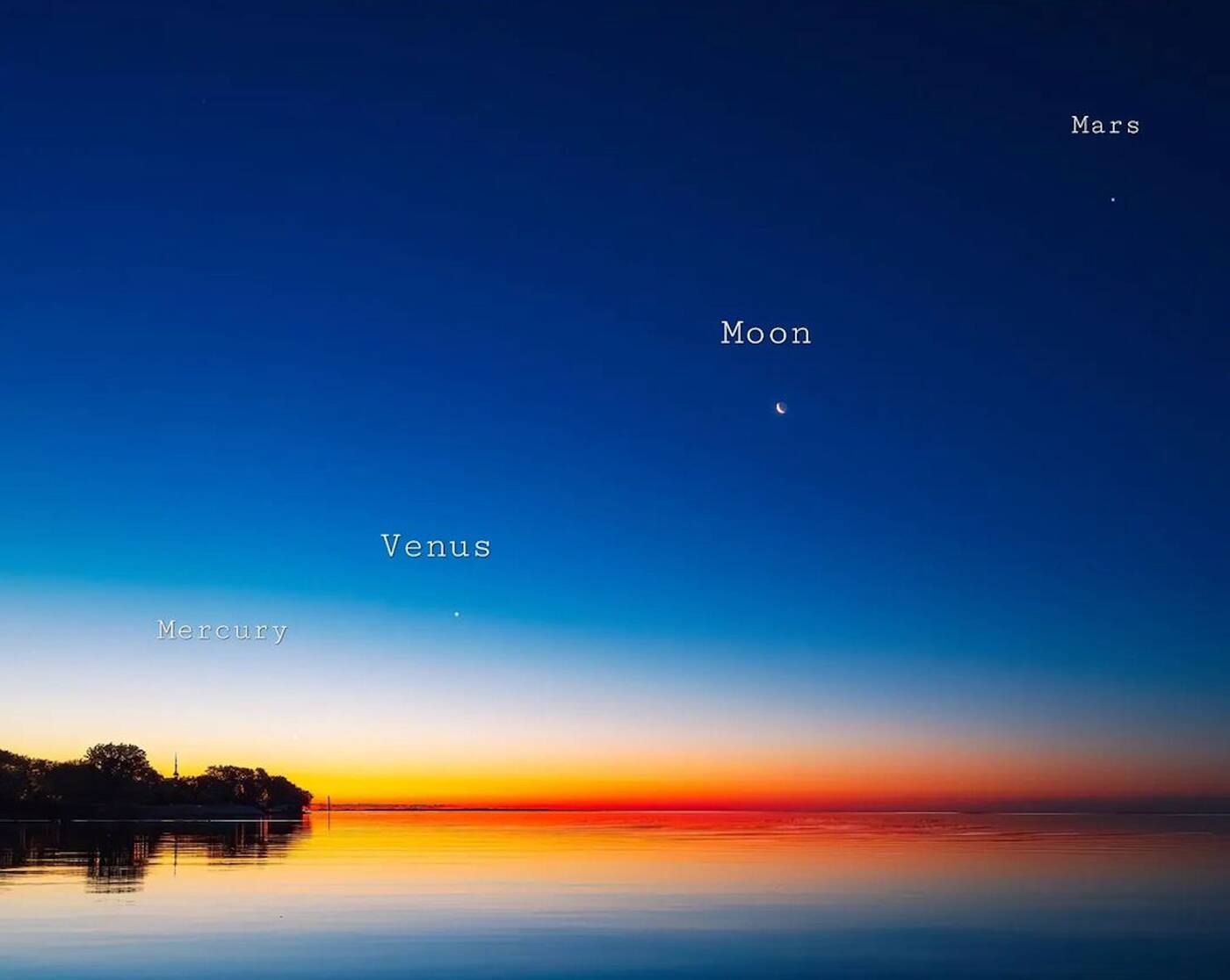 Kurt Wang's photo with notes he posted to his Instagram.

"It feels like winning the lottery as a photographer. Such astro photography opportunities are rare and not easy to capture within the city," said Wang.

Wang's next astrological event will be capturing the total lunar eclipse on November 8th, 2022 as the Earth comes up between the Sun and Full Moon, blocking the Sun's direct rays from lighting up the Moon.