TTC operators are being asked to stay on the lookout after a troubling report of someone taking potshots at buses with a BB gun on Monday evening.

In an exclusive screenshot leaked to blogTO, drivers were warned about occupants of a white Lexus that had been popping off BB gun shots at buses along unspecified TTC surface routes.

"Be on lookout for white Lexus, someone inside is shooting at buses with a BB gun," the vague alert read on operator control screens, adding that "If seen, press Yellow to notify control. TPS are on the way to investigate." 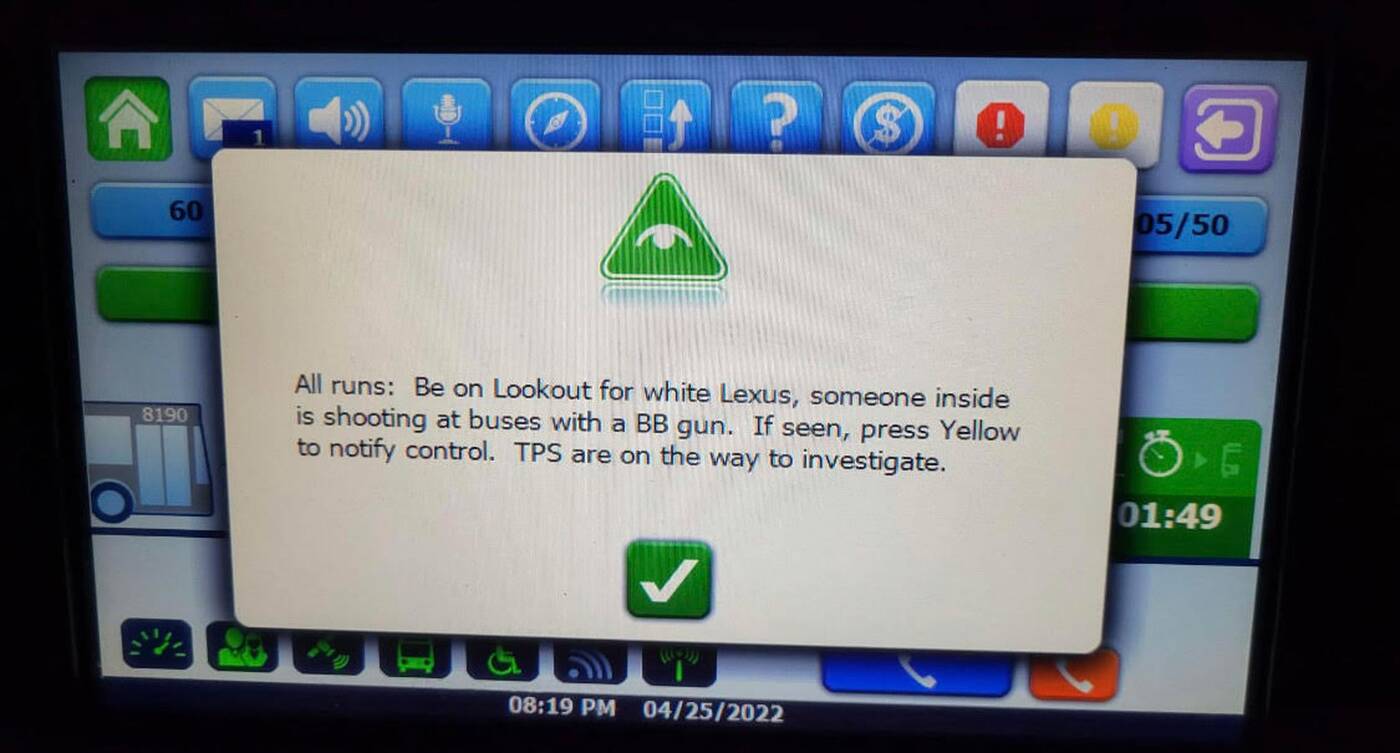 The source of the report, who wishes to remain anonymous but has proven to have reliable connections within the TTC, tells blogTO that he isn't exactly sure where the incident occurred, but says that "drivers are frustrated with transit control that they didn't give out a general location of where it occurred at all so drivers in that area would know and be more alert."

This same lack of information has proven to be a hurdle in determining just where and how this incident went down.

A Toronto Police representative was unable to confirm to blogTO which TTC route the report originated from, only saying that "police were called, checked the area, no injuries, no casings located."

When pressed for further comment about the casings (BB gun projectiles do not have bullet casings), Toronto Police added that "it was a person with a gun radio call. All negative results when police arrived. A police report was never entered."

Despite multiple requests for comment on Tuesday, a TTC spokesperson was unable to share any details about the incident, only sharing that "It isn't uncommon for us to use our VISION system to keep operators informed while they're out on their routes."

It's just the latest event in what is starting to feel like a TTC crime wave, putting increased pressure on the transit service and law enforcement to increase rider safety.