People keep getting randomly attacked on the TTC and it's scary

Though TTC ridership may be down amid new lockdown restrictions and COVID fears, there has been no shortage of the weird occurrences Toronto's public transit network is known for.

Unfortunately, some of instances have been full blown attacks on fellow riders — within recent weeks, a man pushed a stranger onto the subway tracks at Bloor-Yonge Station, another sprayed multiple riders in the face with an unknown substance, and now, a third suspect has stabbed random woman on a bus.

The latest incident took place on a bus travelling eastbound on the busy 501 Queen route shortly before 10 a.m. on Saturday.

Near the stop at Tecumseth and Queen St. W, a man sat in a seat behind a 32-year-old woman, suddenly brandished a knife and then stabbed her in what police are calling a completely unprovoked attack.

Authorities are now seeking the public's help in identifying and finding the man, who is described as between 5'9" and 6'0" with a thin build, brown or light tanned complexion and short dark hair.

"He is believed to be armed, violent, and dangerous," the Toronto Police Service (TPS) says in a release from the weekend, noting that the suspect was seen on security footage carrying a black backpack and wearing a red Champion sweatshirt, beige pants, black-and-white sneakers and a black winter jacket. 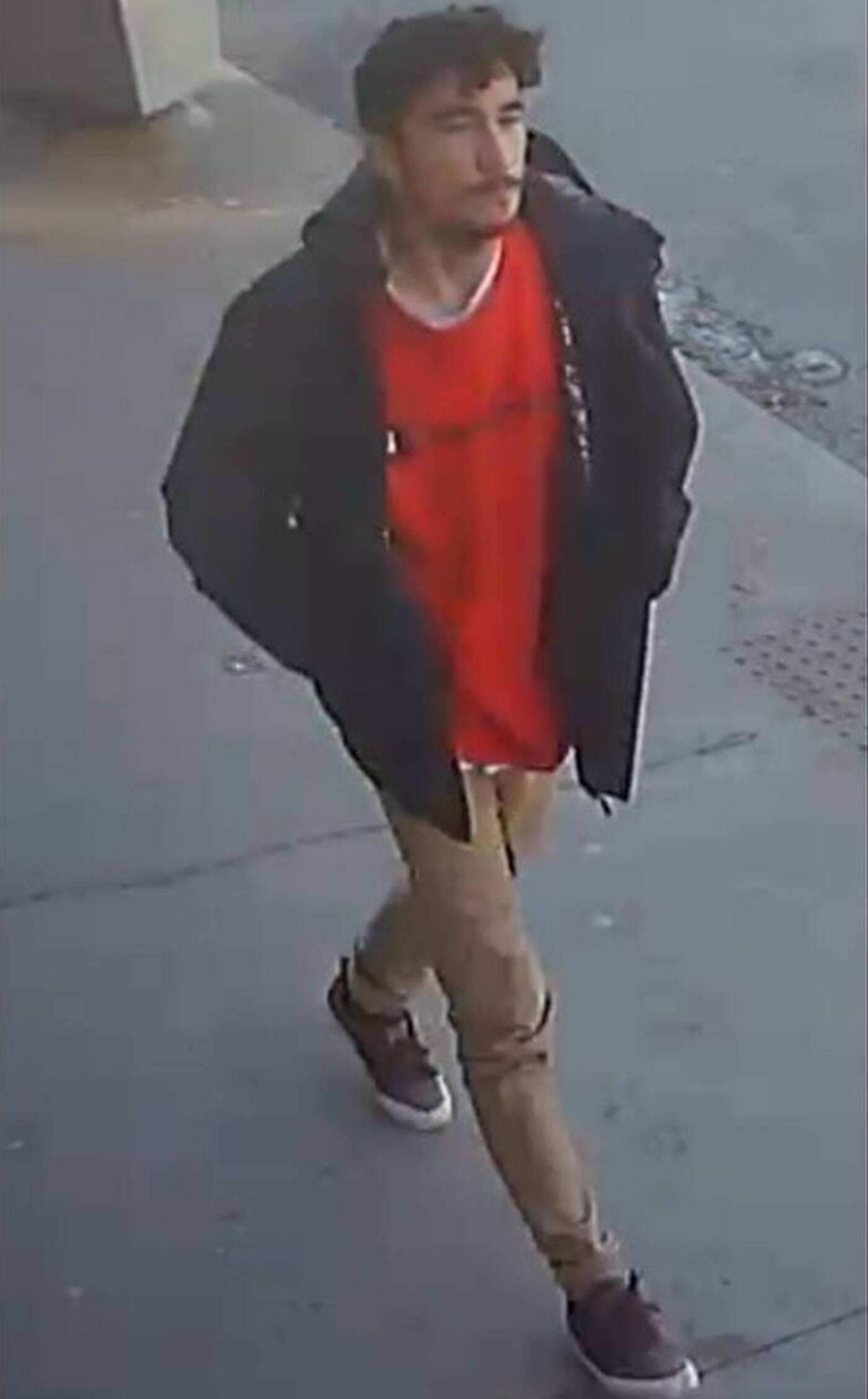 A new image of the suspect in a stabbing on the TTC was released on Sunday. Photo from TPS.

The victim was treated at hospital and has since been discharged.

Understandably, residents are more than a little rattled, especially given the brazen nature of the event: in broad daylight in an area that is known for being bustling with locals and tourists alike, especially on weekends.

So scary 😔 this could happen to any of us. Is no where safe anymore 930am?? Broad daylight??

The crime also follows not only the aforementioned pushing and face spraying, but also other ones in recent memory, such as the time a man attempted to set commuters on fire at Ossington a few months ago.

Another attacked people with a hammer at Bloor-Yonge last year, and yet another committed a string of assaults at various stations.