Toronto car crashes are way down since the start of lockdowns

That eerie quiet at the beginning of the pandemic when everyone stayed home and the roads were empty likely made Toronto streets a little safer.

New data released from Toronto Paramedic Services show the number of motor vehicle collisions they responded to from 2017 to 2021. City Hall Watcher creator Matt Elliott noted the decline in his latest edition of his weekly newsletter.

"The obvious thing that jumps out is just how much the pandemic led to a drop in crashes," Elliott wrote.

Looking at the data on a year-by-year basis shows a sharp decline in crashes. It's important to note this data is from paramedics and doesn't include less serious incidents that only police responded to.

Elliott breaks the data down monthly in an interactive chart that clearly shows the decline. 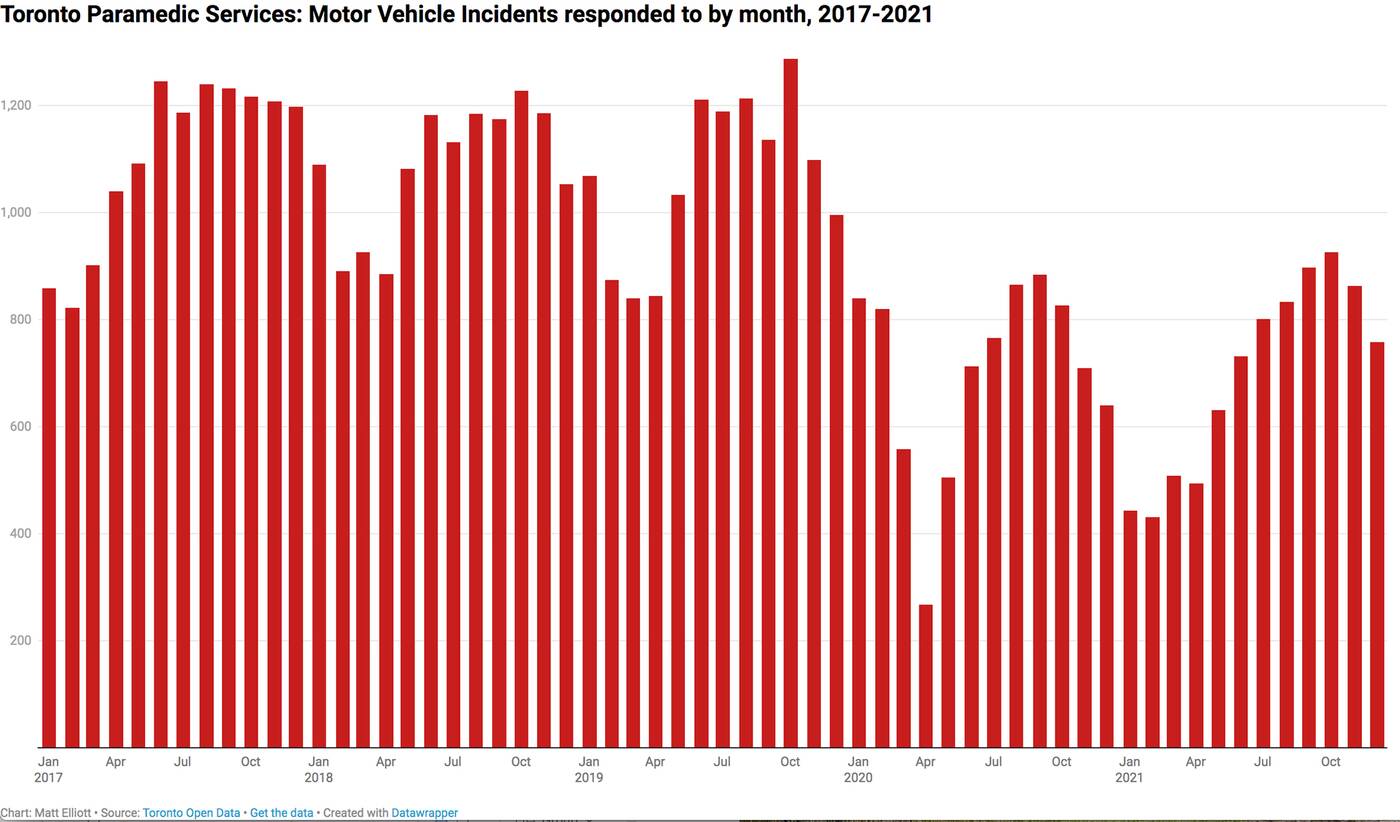 At the height of the pandemic, in April 2020, paramedics responded to 268 crashes, the lowest number recorded in any month between 2017 and 2021.

But that's not to say drivers were not out causing havoc.

Toronto had more stunt driving and there seemed to be more people blowing off steam by turning the city into a race track, doing donuts and even shooting fireworks while driving.

Many crashes occur in the fall, as Toronto saw last October — the highest month in this new data is in October 2019.

"October seems to be a bad month generally, probably owing to drivers failing to drive safely in the dark and the first hints of winter weather," Elliott notes.

As COVID cases decline and the city starts to return to normal, it's difficult to say how road safety will change. The massive increase in gas prices might keep some people off the roads, at least for a little while.