A trip to Toronto's Don Valley Brick Works just isn't complete without a trek up the hill at the park's east side, where a sweeping view of the city skyline awaits.

The Governor's Bridge Lookout offers a gorgeous vista of the natural and built landscapes of the city, particularly popular in the fall months when the Don Valley is transformed with hues of red, orange, and yellow.

But things aren't quite perfect in this little urban paradise.

Despite its popularity, the city has recognized some problems with the lookout that require fixing, which includes visitors lighting bonfires and vandalizing the space, forging informal trails that cause trampling and damage to vegetation, and accessibility issues that challenge visitors. 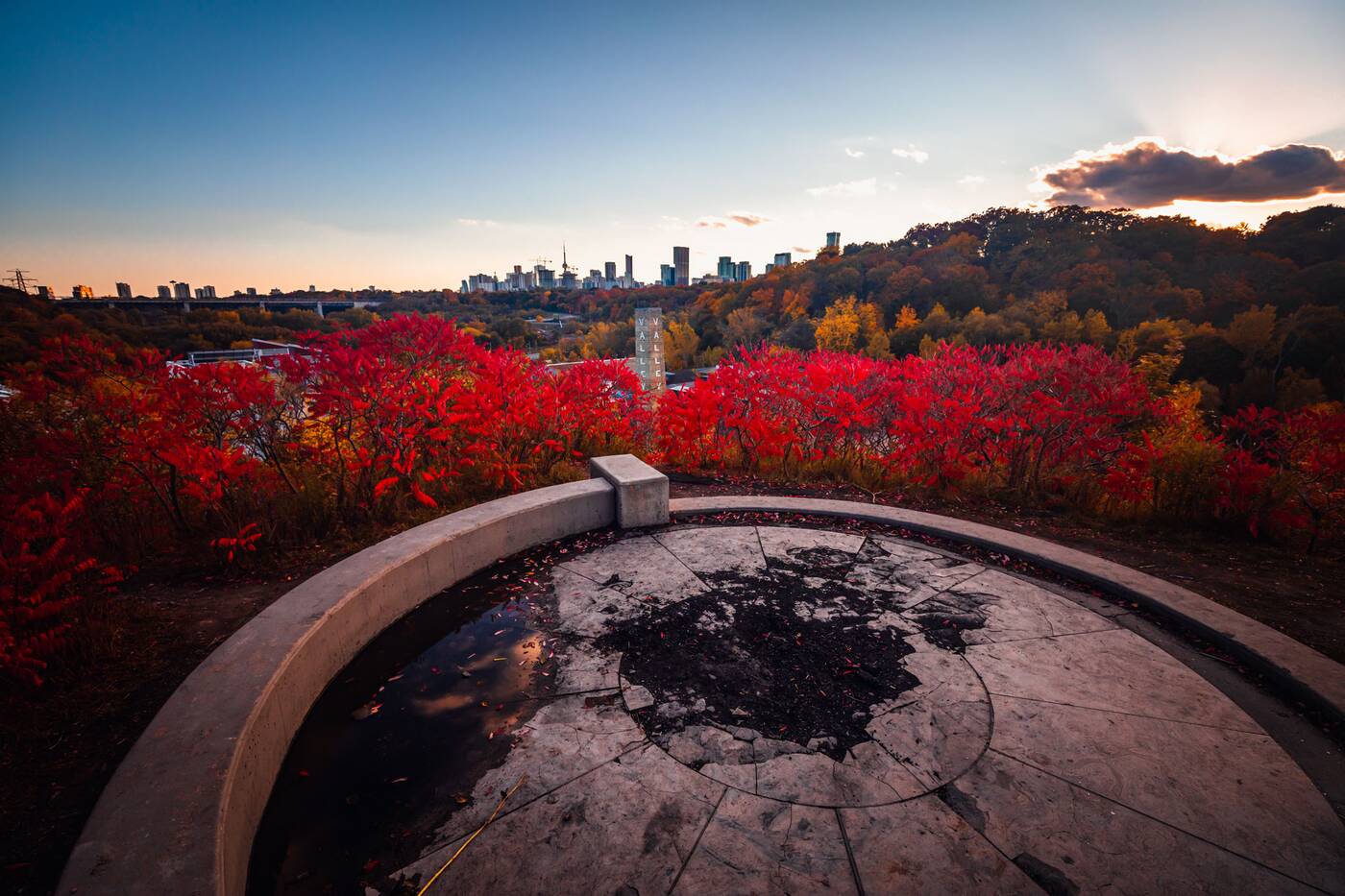 The city initiated a revitalization project back in 2019, working closely with the Governors Bridge Ratepayers Association and in partnership with Toronto and Region Conservation Authority towards a concept design completed that year from designers PLANT Architect. 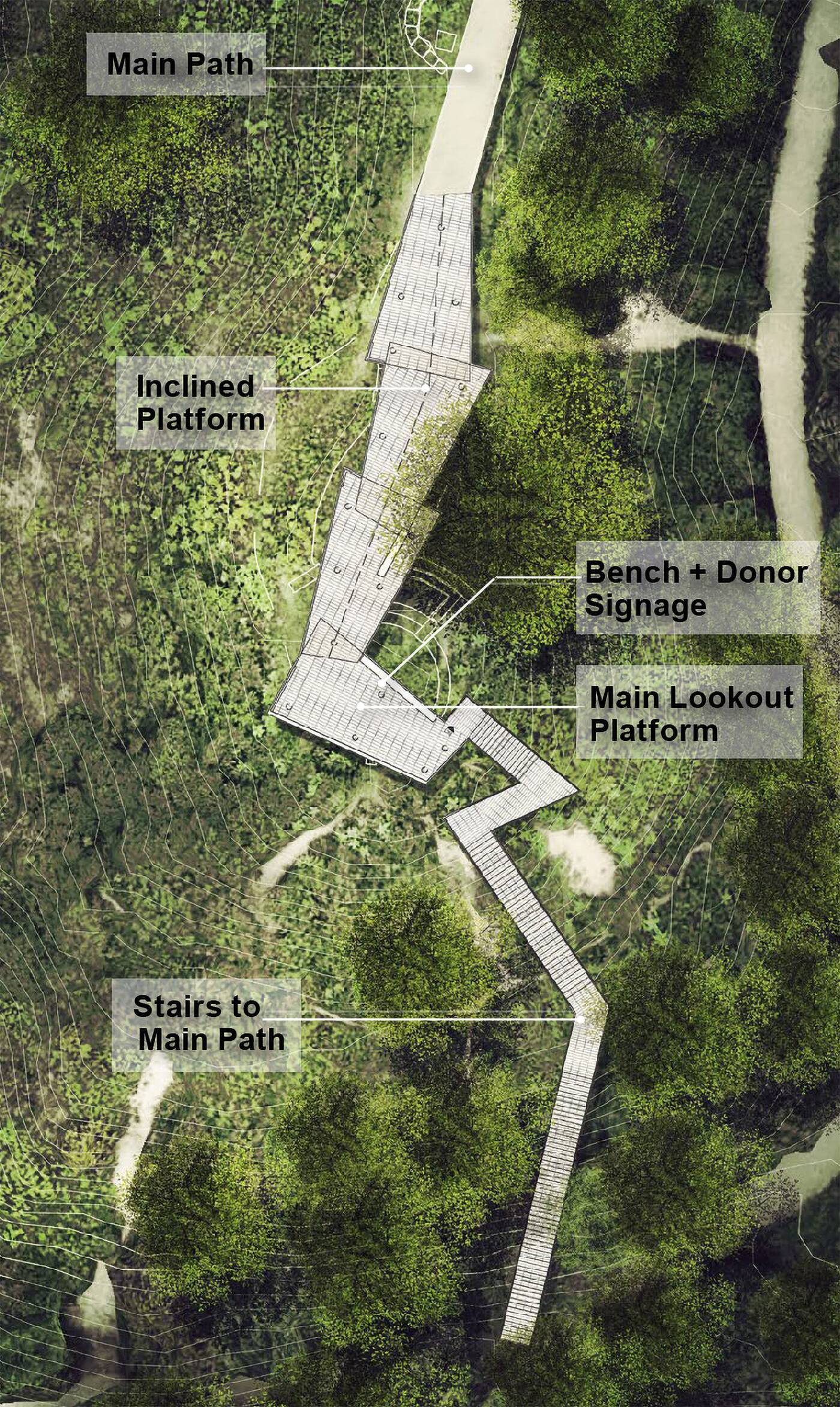 The evolving plan, advanced to the detailed design process last year, seeks to improve the lookout through a number of upgrades.

Visitors will experience a progression of views as they approach the redesigned lookout, a new elevated platform refined to highlight contrasting long- and short-range views.

Increased visibility and presence will make the lookout more inviting to parkgoers, encouraging more people to make the ascent. The creation of a secondary access route and enhanced accessibility will further this goal. 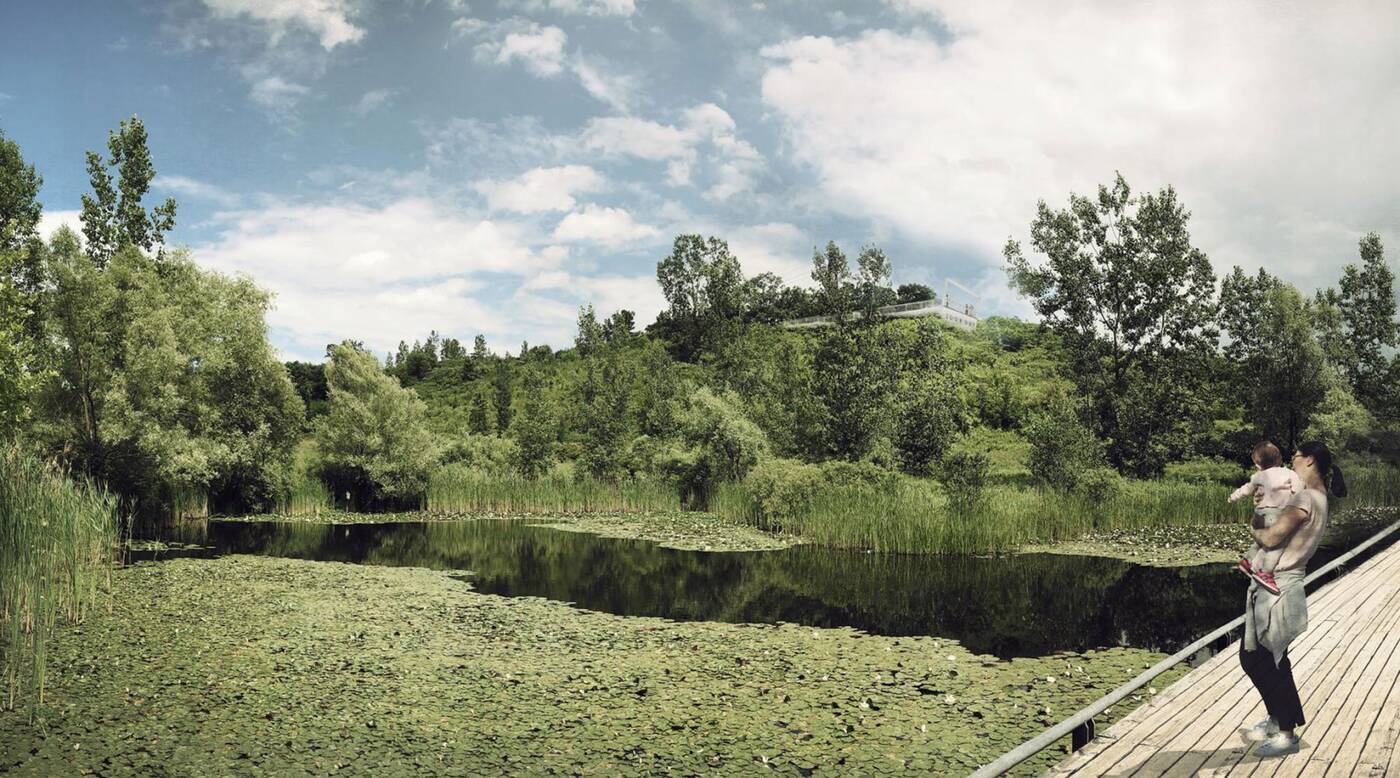 The new lookout platform will be visible from the park below, encouraging visitors to make the climb. Rendering by PLANT Architect.

This planned uptick in traffic will dovetail with improved durability and maintenance to make it harder for vandals to damage the lookout, a recurring problem with the current platform.

In addition to being a big draw for skyline-watchers, the lookout is also popular among bird-watchers and nature photographers. Upgrades to the lookout are planned to minimize disruption to the existing ecology, and will interpret aspects of the site's surroundings of the Don Valley into its design without ignoring the area's industrial character. 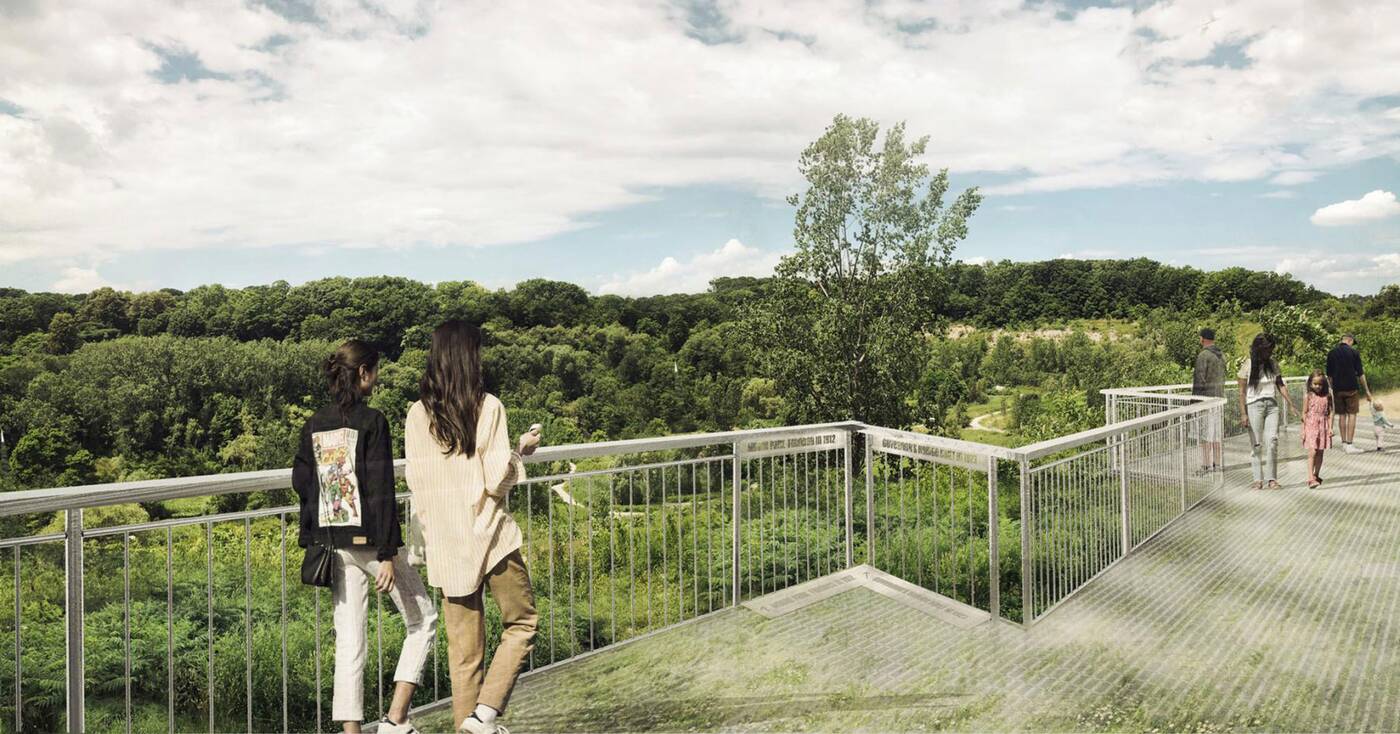 View into the former Brick Works quarry from the new lookout platform. Rendering by PLANT Architect.

No construction date has been set for the new lookout platform, the city stating that implementation will follow the design and approvals stages pending funding.