The pandemic has clearly put Ontario Premier Doug Ford at odds with his eldest daughter Krista Haynes (née Ford), who has been a vocal proponent of anti-vaccine and anti-mandate conspiracy theories that starkly contrast her father's public stance on these issues.

Her beliefs have only grown further from the mainstream throughout the pandemic, evidenced by a never-ending string of rants, open support of the so-called Freedom convoy, how-to videos on how to cheat mask mandates, and most recently a tone-deaf comparison of public health measures with slavery and the Holocaust.

And Krista was back at it again on Friday, sharing a wild conspiracy theory with her 43K Instagram followers, asserting in an IG story that COVID testing is really some kind of shadowy plot to collect "human data," claiming it "another conspiracy done true." 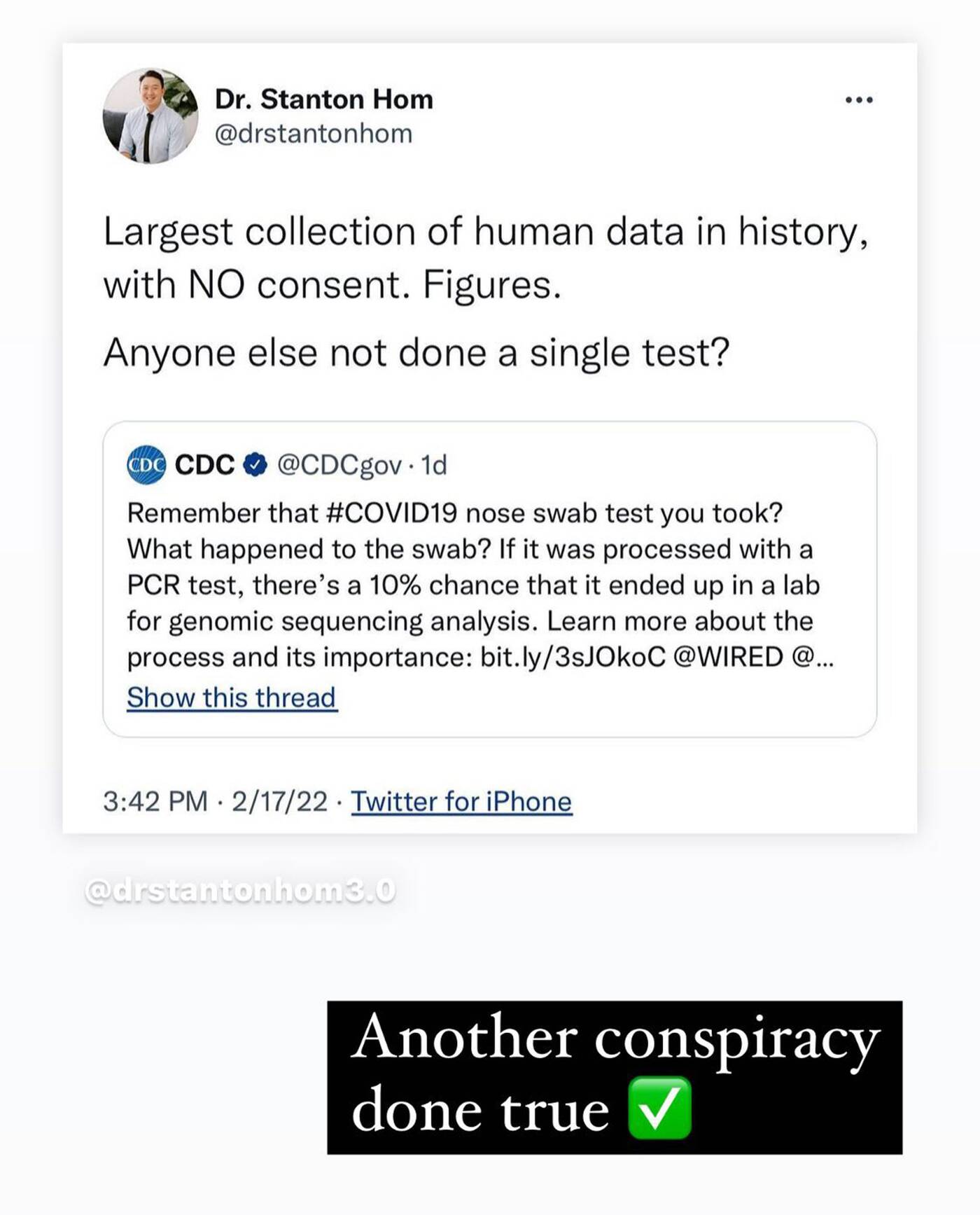 Seriously, we can't make this stuff up. But other people clearly can, and Krista seems to drink these servings of Kool-Aid every time they're offered by anyone with an official-sounding title.

This isn't the first time Ford has shared the opinions of controversial Twitter presence, Dr. Stanton Hom out of San Diego, California. However, his title may be a bit misleading in this context.

Despite his strong opinions on a virus that has caused millions of deaths and severe economic hardships wordwide, Hom is actually a chiropractor and not an MD. He is about as qualified to comment on these issues as a dentist is qualified to treat a brain aneurysm.

If your medical justification for refusing to be tested against a virus is coming from someone who cracks backs for a living, you might want to consider refining your classification of who constitutes a qualified doctor.

Understanding that conspiracy theorists like Dr. Hom were completely misinterpreting their tweet and using it to spread fear, the U.S. Centers for Disease Control and Prevention issued a follow-up tweet clarifying that it was the virus' genome being sequenced, and not those who submitted tests.

They sequenced the virus. Not you

This clarification came almost a full day before Krista Ford shared the misleading quote tweet, yet either she didn't get the memo or chose to disregard it when she posted to IG on Friday.