A series of discount weed stores have started popping up around Toronto and funny enough, they seem to resemble the Canadian grocery chain No Frills.

Value Buds has a similar black and yellow colour scheme, and much cheaper prices in comparison to what's being offered at mainstream stores, just like No Frills.

The cheapest weed starts at under $10 and goes to maximum of $40 or more. Similar to No Frills, they also display competitors' prices and compare them to their own.

Before Value Buds was born, the chain was called Nova Cannabis, which is now the parent company to the discount cannabis store.

Darren Karasiuk, the chief executive officer at Nova Cannabis, says almost all Nova locations in Ontario have now been converted into Value Buds as a way to introduce cheaper, more accessible weed to the public.

In 2019, one of the first cannabis stores to ever open in Toronto was a Nova Cannabis location at 499 Queen Street West, which has also been turned into Value Buds.

When legal weed shops were new to Toronto, stores like Nova Cannabis and Hunny Pot took more of a high-end approach to selling weed.

The next big thing in Canadian Cannabis is almost here. pic.twitter.com/GLyoSnGFnd

Many stores were built in a boutique style, where people were greeted and guided by budtenders who were hired to create a retail experience for customers.

Karasiuk says Value Buds is trying to introduce the opposite, saying their product and prices cater to those who've been smoking weed way before it was legalized.

There are no fancy iPads involved, high-gloss counters, or a complicated menu to choose from at Value Buds. 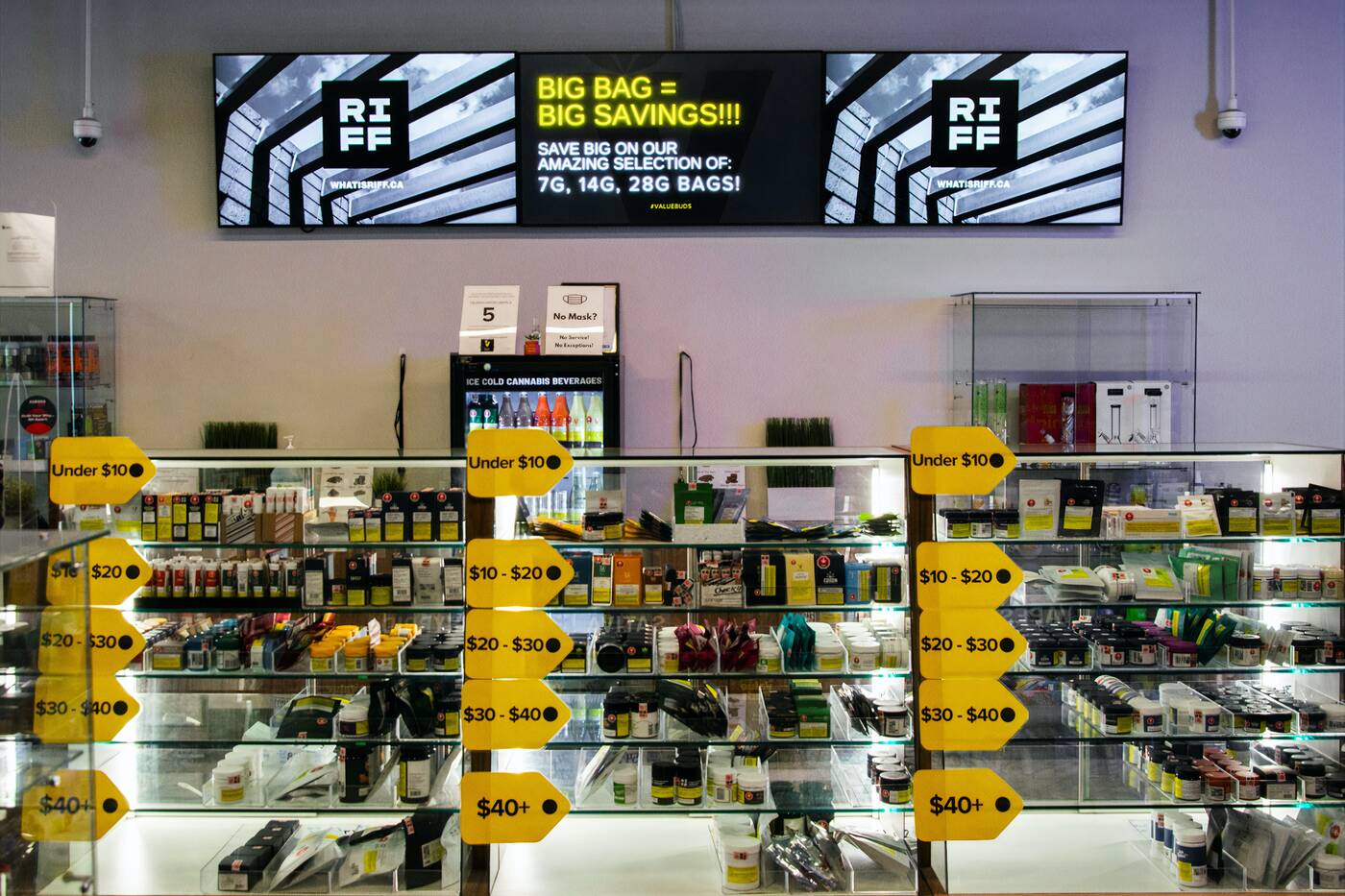 The deli-style counters inside of a Value Buds store in Toronto. Photo byDarren Karasiuk

Deli-style counters inside the stores are organized by cheapest to most expensive weed, so you can scan through and choose what works with your budget.

The prices at Value Buds are similar to what you might find when buying from your neighbourhood dealer, except it's legally sold in-store.

Value Buds now has four locations across Toronto, with their newest shop that opened this month at Bloor and Bathurst.