Those looking to get up close and personal with an orphaned bit of Toronto infrastructure are being met with a new barrier, after the city fenced off the Old Eastern Ave Bridge over the Don River this past summer.

The rusted steel Howe truss bridge — the same style as the newly-restored Bathurst Street Bridge — was built in 1933 to carry Eastern Avenue's traffic over the river, but it would only be a little over three decades before it was made obsolete by surrounding infrastructure. 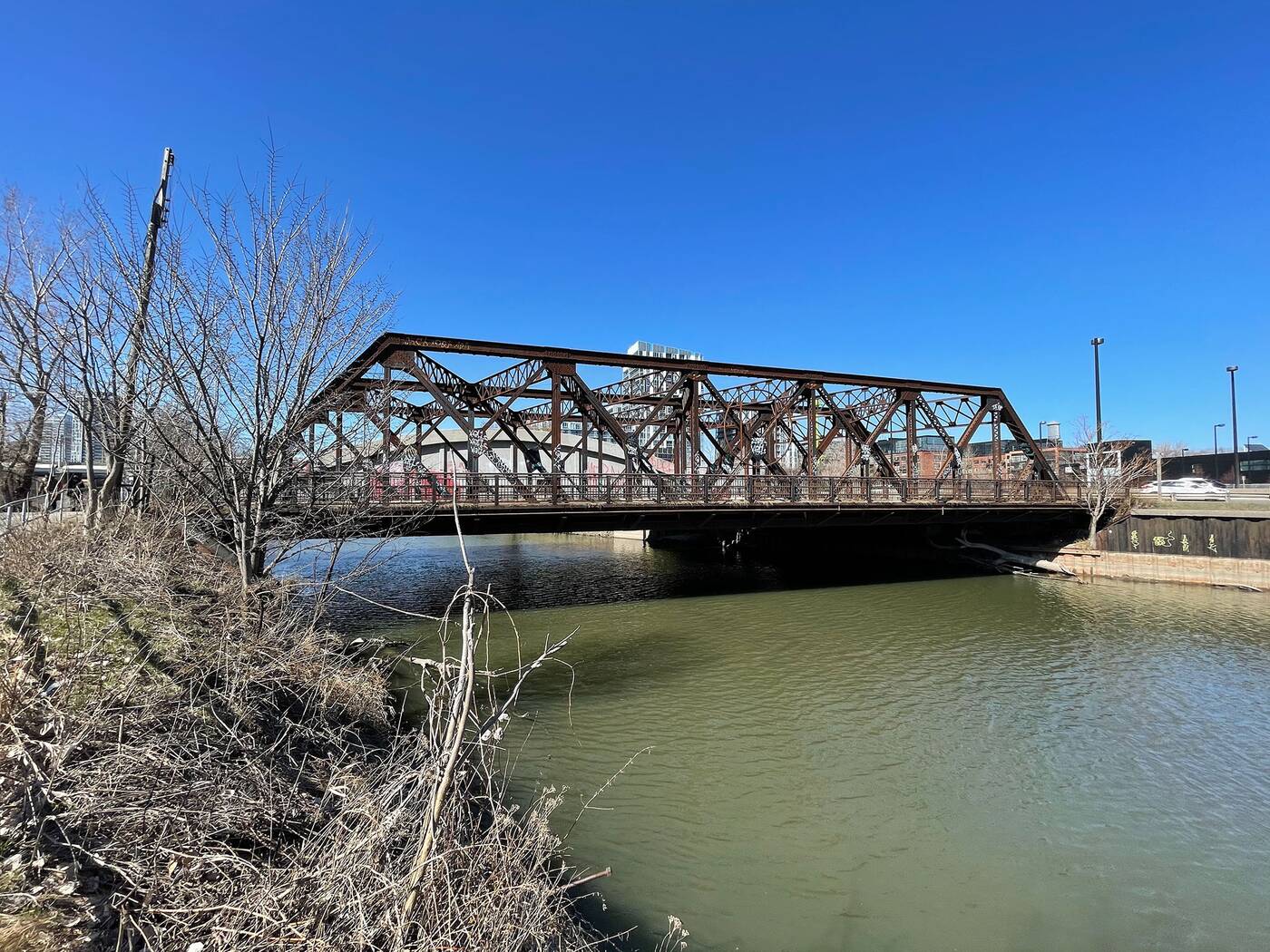 April view looking northeast to the bridge from the Lower Don River Trail.

The Don Valley Parkway's construction in the 1960s cut off the bridge's approaches. Eastern Avenue was rerouted into the tangled web of ramps we know today, the bridge orphaned from the surrounding road networks since 1964.

While you'd think such a relic would have met the wrecking ball years ago, the city determined that it was actually cheaper to maintain the bridge than to tear it down, and still inspects the closed-off bridge regularly.

So the bridge remained, but its time is still coming to an end. The Broadview and Eastern Flood Protection project will require that the old road bridge and the adjacent bridge carrying a natural gas pipeline come down in the near future.

A representative of the City of Toronto tells blogTO, "the Eastern Avenue Bridge, owned by Enbridge, is in a state of disrepair, which makes it unsafe and unfit for use. The City is working with Enbridge to decommission the bridge (and the adjacent bridge) for flood protection purposes." 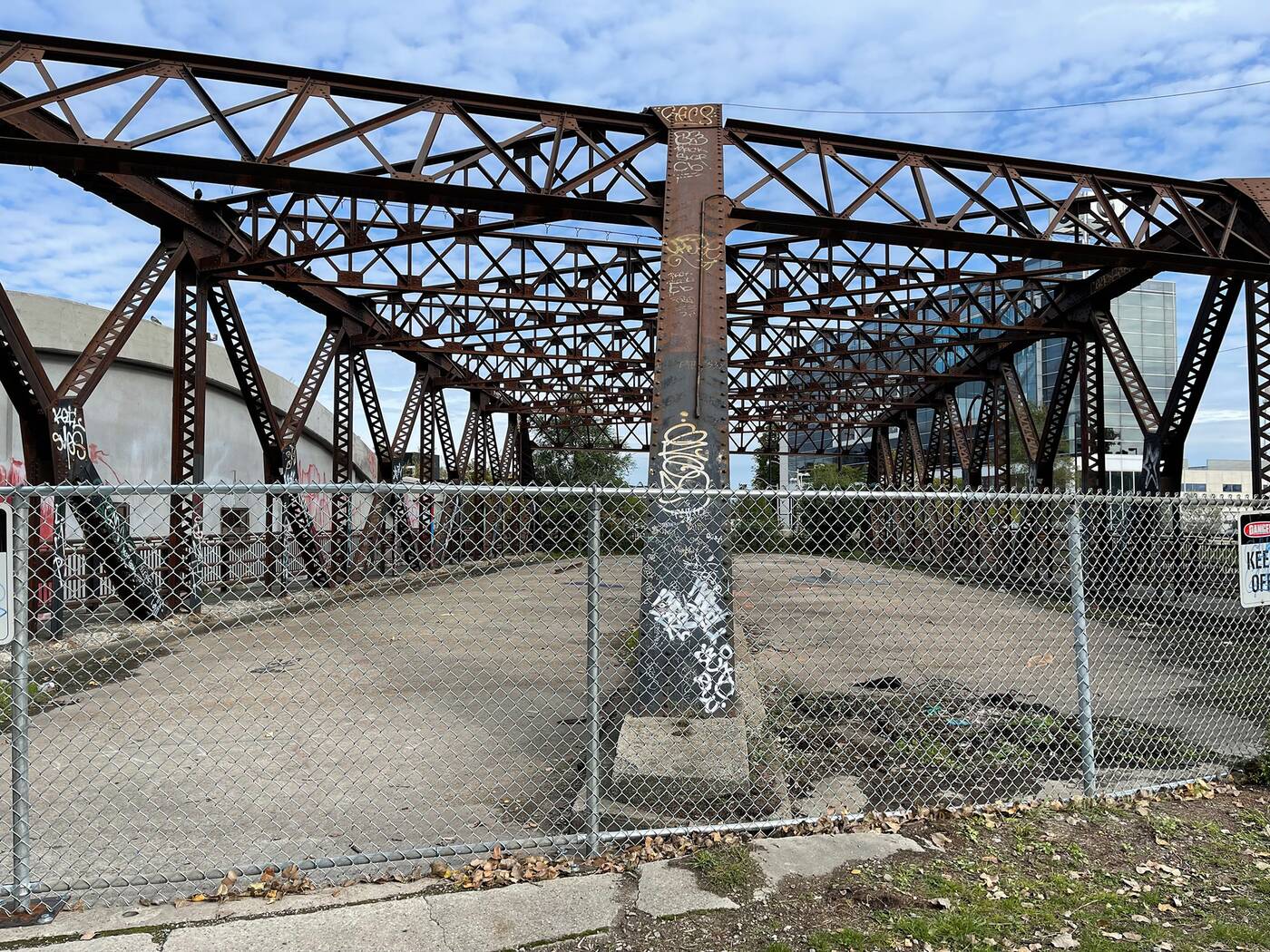 New fence added to the Eastern Avenue Bridge will at the very least deter trespassers, but might not be enough to stop them.

This state of advanced decay hasn't stopped urban explorers from surveying the bridge, or prevented intrepid teenagers from hosting parties between its rusted trusses.

You'd have to hop multiple fences, guardrails, and Frogger across four lanes of busy DVP traffic to access the bridge from the east side, but there is not a whole lot preventing access from the west.

The bridge is easily accessed via the Lower Don River Trail, and after previous fences failed to keep curious explorers and drunk youth off the bridge, Councillor Paula Fletcher's office put in a request for action.

A city representative tells us that "the Eastern Avenue Bridge was previously fenced off however the fences had fallen and required mending."

"To ensure everyone's safety, the fences were fixed and erected on both ends of the bridge over the summer due to concerns raised by the local Councillor's office about illegal parties taking place."

Even with the new barrier and its prominent danger warnings, the bridge is likely to continue hosting unsanctioned visitors until the city and Enbridge move forward with its removal.