Try as they might to take down parts of the crumbling Gardiner Expressway in a controlled fashion, the City of Toronto has yet to prove effective in preventing cars from being thwomped by falling concrete.

Every local driver's worst nightmare came true for one man less than 24 hours ago, when a piece of the problematic highway came crashing through his back windshield.

Andrew Addison says he was driving east along Lake Shore Boulevard, beneath a portion of the Gardiner that is currently being demolished for new infrastructure in the Port Lands, around 7:45 p.m. on Thursday when he heard a loud smashing noise. 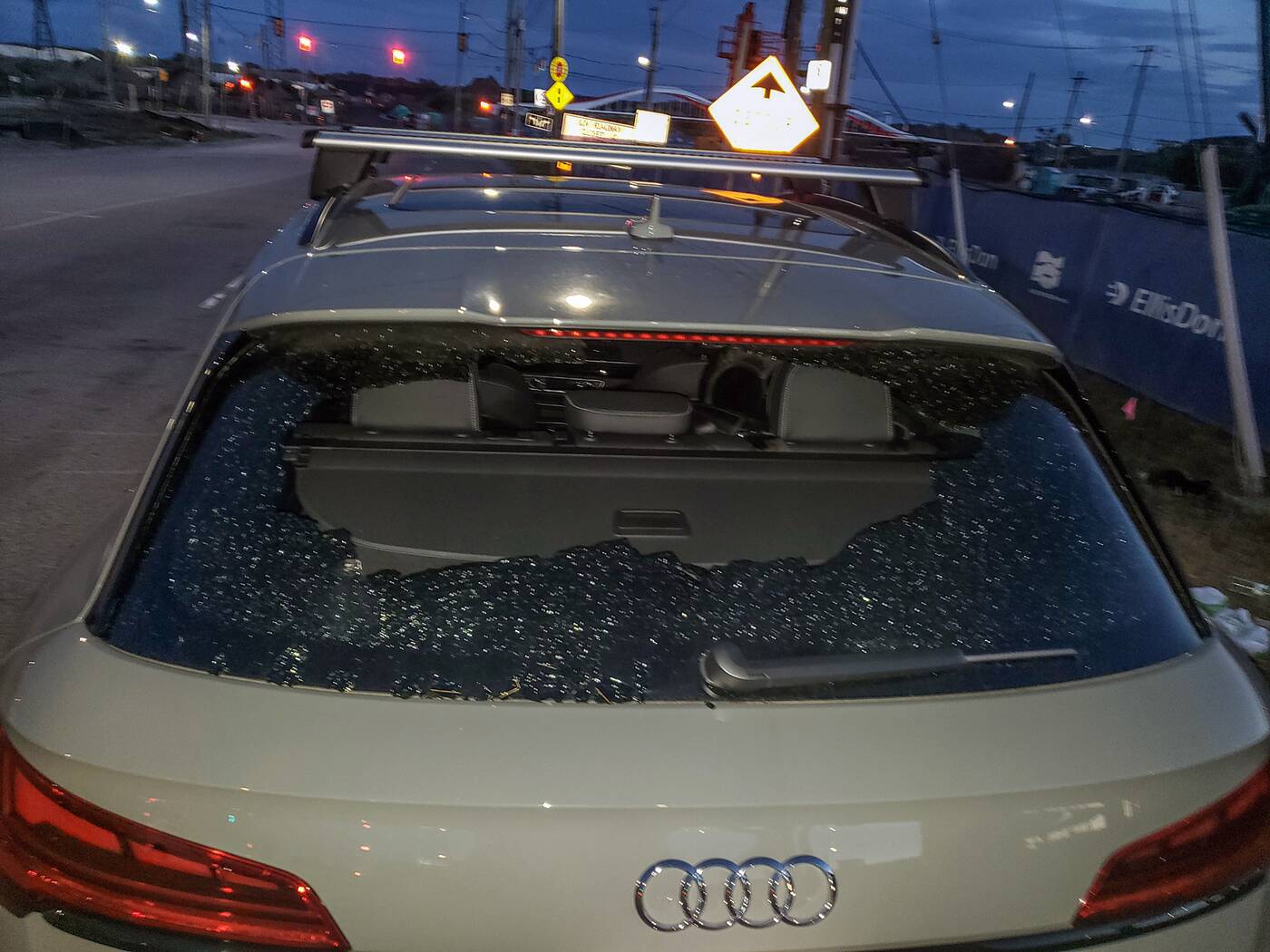 A few feet could have made the difference between life and death when a hunk of highway fell onto a local man's car Thursday night. Photo by Andrew Addison.

"I was stopped at a red at the Don Roadway intersection," he tells blogTO, explaining that he initially thought he had been rear-ended.

"But I looked in the rear view mirror the and car behind was pretty far back," he says.

"Then I noticed the window was shattered. A second later it all collapsed into the car, and I realized something had fallen from the steel girder, 30 feet above, that I was stopped under." 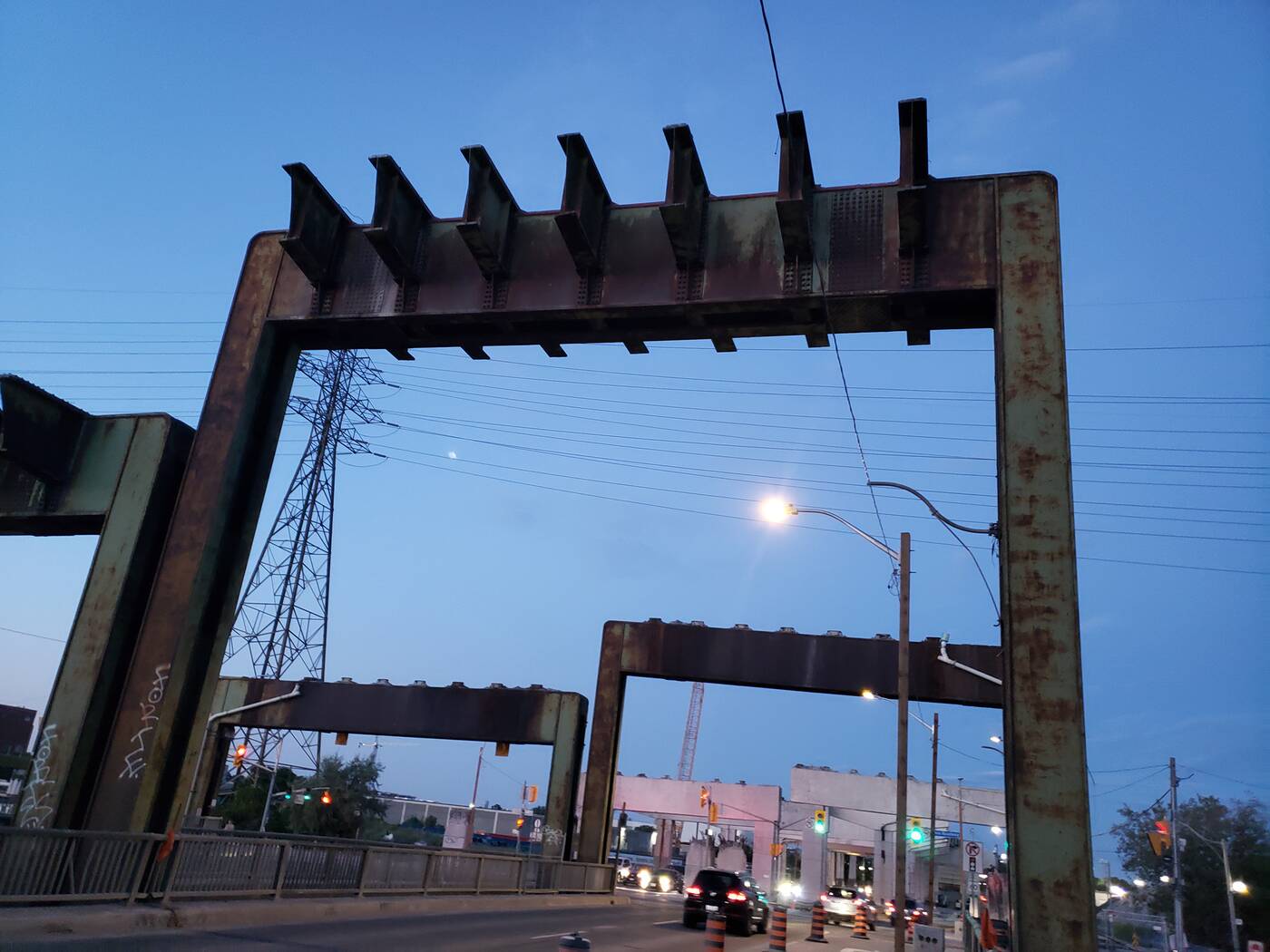 Steel girders that previously held up a Gardiner Expressway ramp remain in place for now. Motorists can freely drive beneath them on weekdays. Photo by Andrew Addison.

Addison pulled over immediately and called the police. An officer came to assess the situation and, after making a report, sent Addison on his way.

"He told me I could go. It didn't seem like he would be closing the road which suprised me, given the danger," said the driver. "If I had been stopped six feet further back, it would have fallen through the front windshield and I would have been quite injured or worse."

Toronto Police Service confirmed to blogTO that they did recieve a report of an object hitting a driver's windscreen last night in the Don Roadway and Lake Shore area.

"Officers attended and checked the area and any nearby structures. Nothing of concern was found," said TPS Media Relations Officer Caroline de Kloet. "The driver was directed to report the incident to the Collision Reporting Centre for insurance purposes and for further investigation." 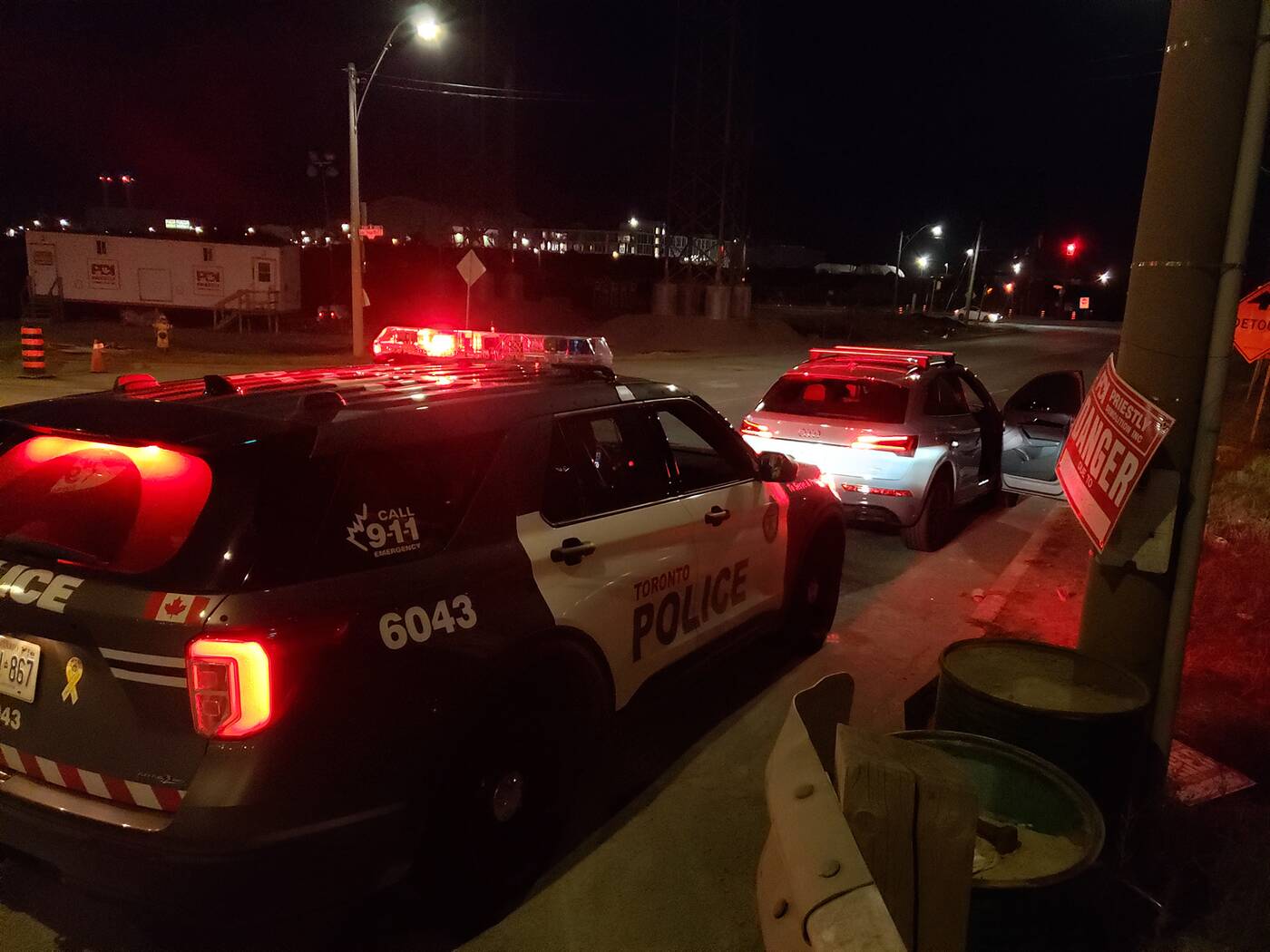 Toronto Police attended the scene after a local driver's back window was smashed by something falling from an old pillar under the Gardiner. Photo by Andrew Addison.

Addison considers himself lucky to be alive, as do I'm sure others who've been in his position. Still, he's concerned about what could happen to someone else the next time Toronto's ancient elevated highway decides to shake off some concrete — especially now, while active construction takes place in the area.

The demolition of the Logan Avenue ramp is expected to continue through October of 2021, with more work to follow on Lake Shore Boulevard East itself in November. 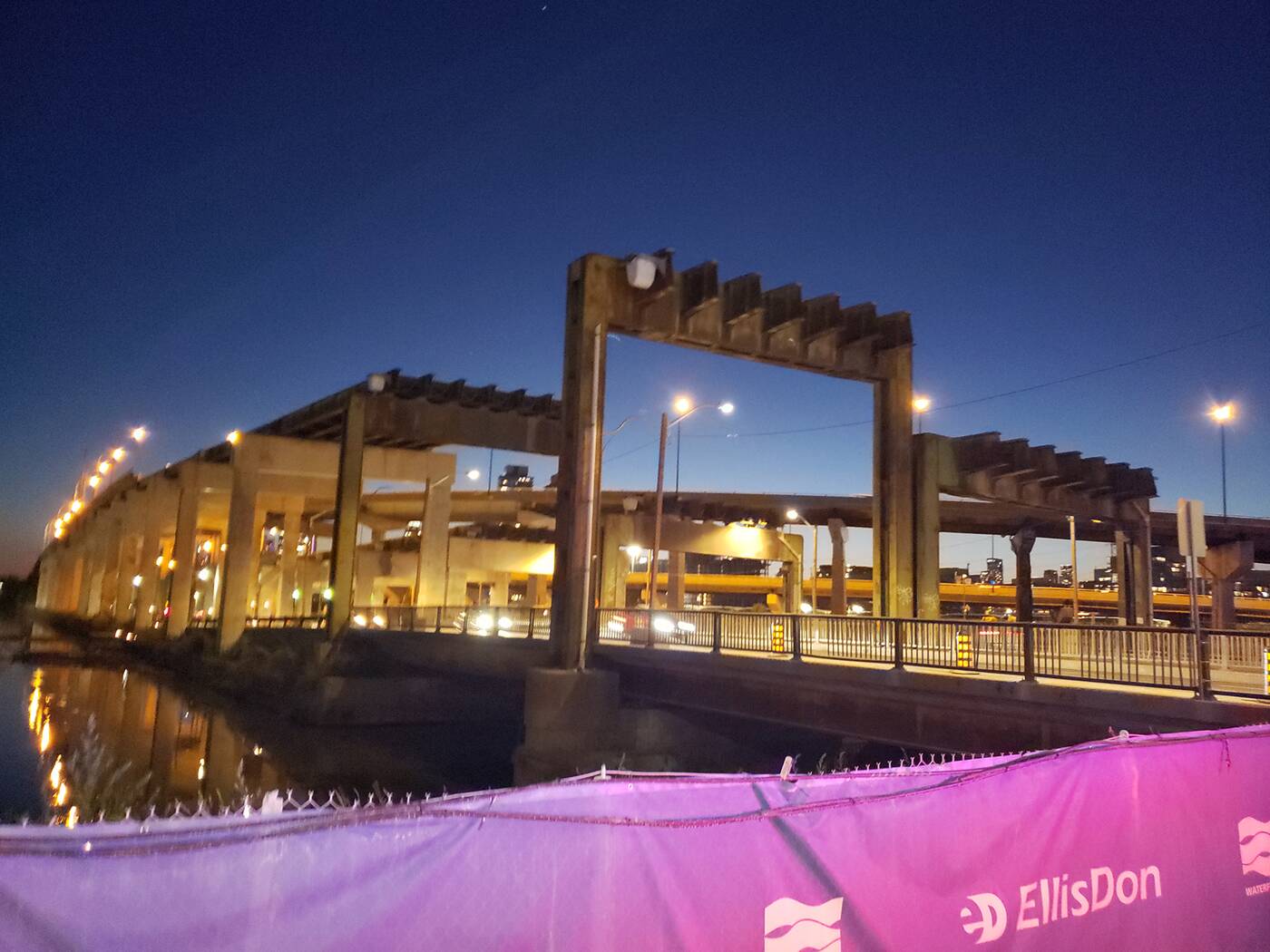 The demolition site is closed on weekends, but open for public use from Monday to Friday. Photo by Andrew Addison.

On weekends, Lake Shore is actually being closed off between Cherry Street and Carlaw Avenue. Drivers are free to use impacted parts of the road any other time, however. Addison believes this is a bad idea.

"Lake Shore should be closed in that section," he says. "Someone could be hurt or killed."

Anyone who sees concrete falling from the Gardiner Expressway is encouraged to contact the city. You can learn how to do so here, on a website that someone at some point has deemed necessary to set up specifically for that purpose.