The long saga of Toronto's crumbling Gardiner Expressway will turn the page to its next chapter at the end of the month, with the upcoming removal of a ramp structure at the east end of the arterial.

Last Friday, the city and Waterfront Toronto announced that demolition will soon begin for the expressway's Logan Avenue ramp. The highway's eastern terminal exit will close for good to motorists next Tuesday, August 31, at 9 p.m.

The Gardiner's so-called "hybrid option" will create a new, less convoluted connection to the Don Valley Parkway, realigning the expressway with new DVP ramps constructed further north than their current position. New Cherry Street access ramps will also be added in the future. 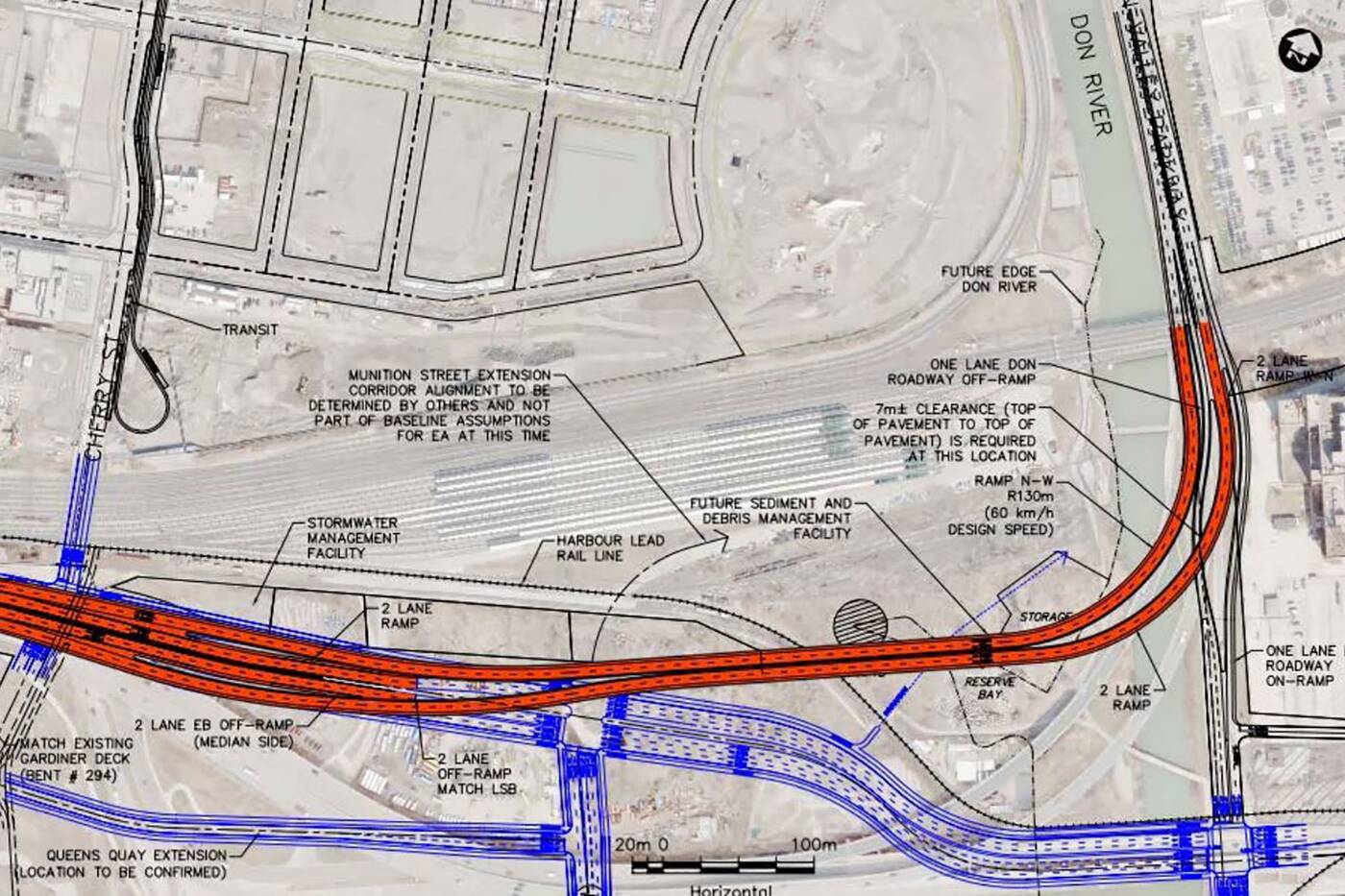 Approved hybrid option for the Gardiner East. Image via City of Toronto

Realigning the ramps and expressway will soon open up new waterfront land for redevelopment and improving access to the Port Lands area, also being redeveloped.

Demolition of the Logan Avenue ramp emptying onto Lake Shore Boulevard will allow the expressway realignment to move forward.

Other steps beginning for the project include the widening and lengthening the Lake Shore Bridge over the Don River, and rebuilding the stretch of road between Don Roadway and Carlaw Avenue. 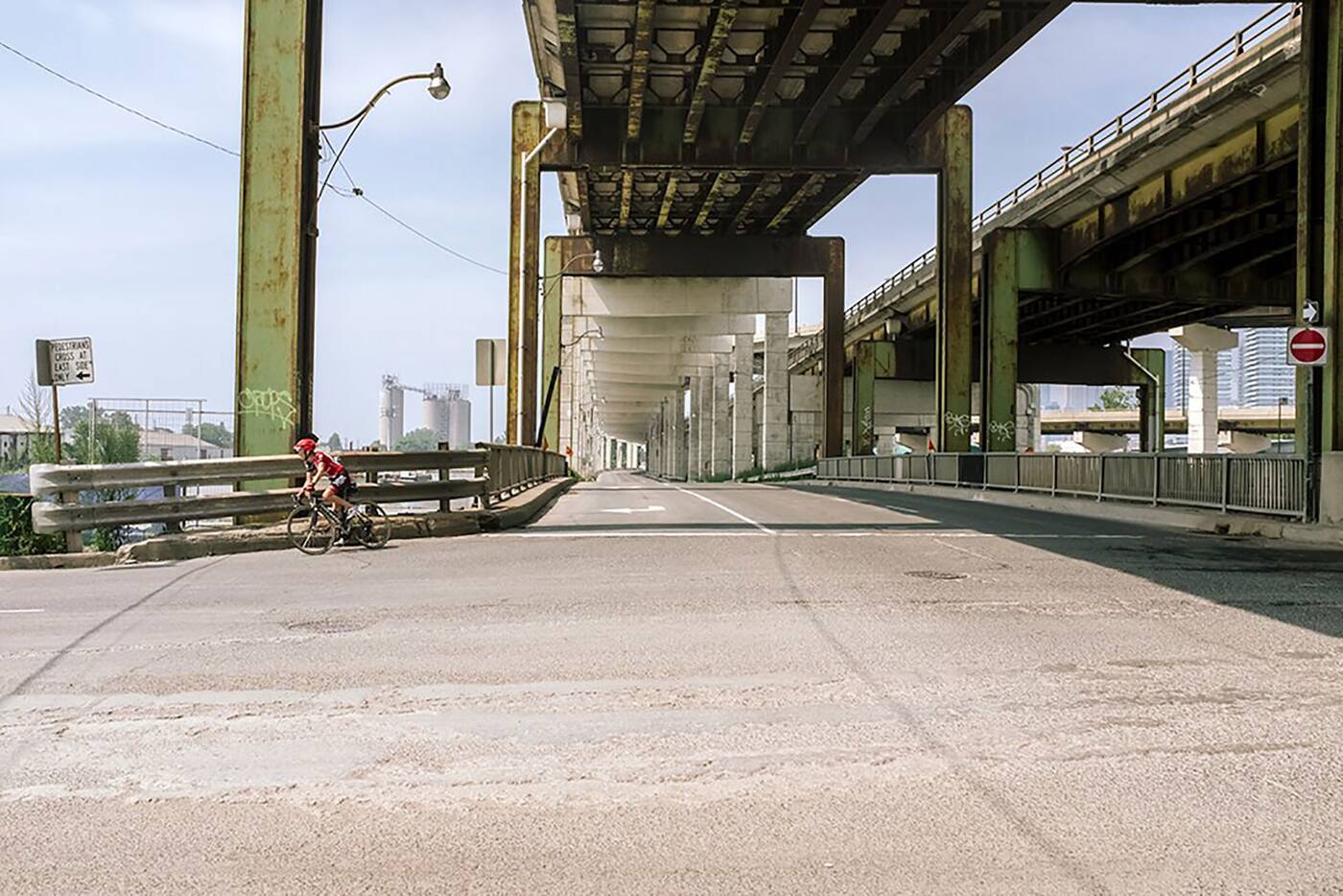 Changes to the Lake Shore Bridge will be welcome to pedestrians and cyclists, who will be allocated more space like bike lanes, pedestrian paths and a new linear park. The re-engineered bridge also supports the re-naturalization of the Don River happening to the south.

The road work will be carried out through October 2021. The Logan ramps will close permanently, while other closures will just be a temporary nuisance to drivers. 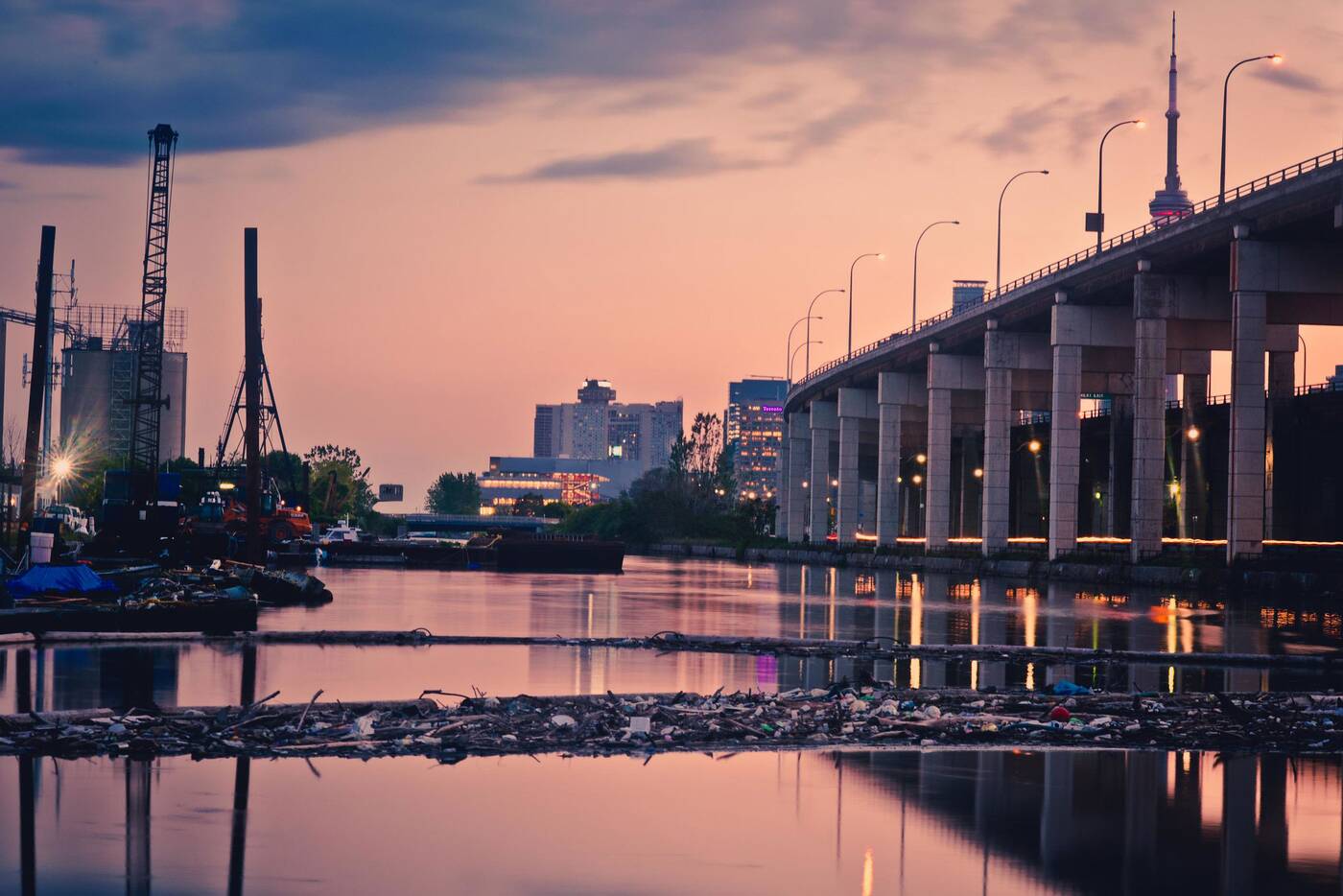 East section of the Gardiner approaching the Logan ramp. Photo by Ernie Kwong

These weekend-only closures include Lake Shore Boulevard East closed from Cherry Street to Carlaw Avenue, and Don Roadway between the DVP and Commissioners Street.

Work on the project will ramp up in November, when construction will move on to the Lake Shore Boulevard East stretch.

This is actually not the first time in history that such a headline would apply. The Gardiner once extended east to Leslie Street, a first segment of what would have become the Scarborough Expressway, connecting to Highway 401. The project was scrapped due to local opposition, a fate shared with other cancelled expressways in the city.

Twenty years later, the teardown will soon continue just west of where the Scarborough Expressway stub once loomed.

All of the newly-announced road work is anticipated to be complete by 2024.

While this may seem like a quick turnaround, NASA's Artemis program was approved one year after the Gardiner Hybrid plan, intending to put astronauts on the moon by 2024.