Toronto will not completely tear down the East Gardiner, after a tight 24-21 vote at city council in favour of the hybrid approach this afternoon. This was the approach that Mayor John Tory endorsed, and he managed to whip enough votes together to bring council along with him.

This option, which comes in at over $900 million, rebuilds much of the eastern section of the expressway and adds off-ramps near Cherry Street. The other primary option on the table, and the one favoured by downtown Toronto councillors, was to remove the eastern portion of the elevated expressway and replace it with a boulevard. 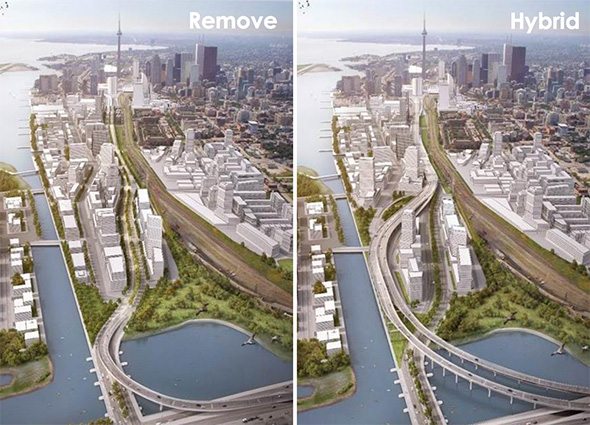 Advocates of this strategy touted it as a way to open up the city's access to the eastern waterfront, an area that's currently experiencing tons of development. But, ultimately Toronto opted for the conservative approach, which really isn't too surprising given our track record on bold urban thinking.