It has been more than two decades since Toronto decided to knock down the Eastern Gardiner and I'm not referring to the Logan Avenue exit that is currently being demolished.

I'm talking about the other Eastern Gardiner, an under-used section of the crosstown arterial that used to run from the current Logan Avenue exit to Leslie St.

Built in the 1960s in an era when highways were being planned throughout the city, what then became known as the Eastern Gardiner was meant to connect to another waterfront highway that would have cut northeast through Scarborough to the 401.

As it happened, the route was never built, and the elevated spur proved to be little more than a money-hungry, crumbling ramp to the Don Valley Parkway.

After years of study and several false starts, city council voted in 44-8 to tear down the 1.5-kilometre structure on June 10, 1999.

Here's what the demolition of the Gardiner looked like back then. 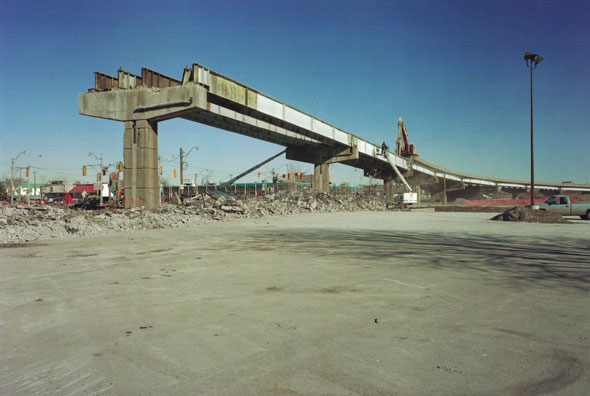 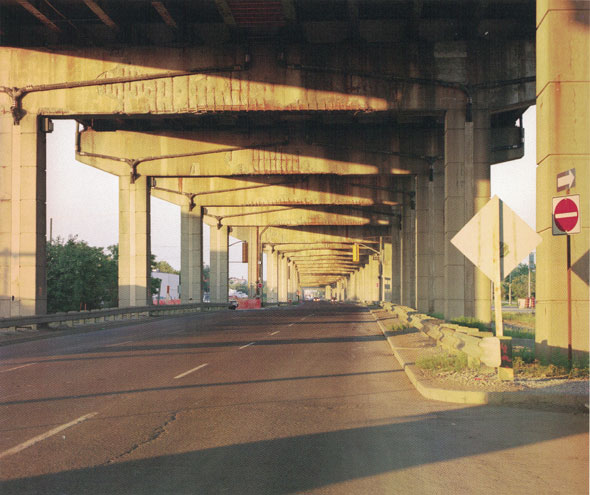 The underside of the Eastern Gardiner looking east toward Carlaw Ave. in August, 2000. 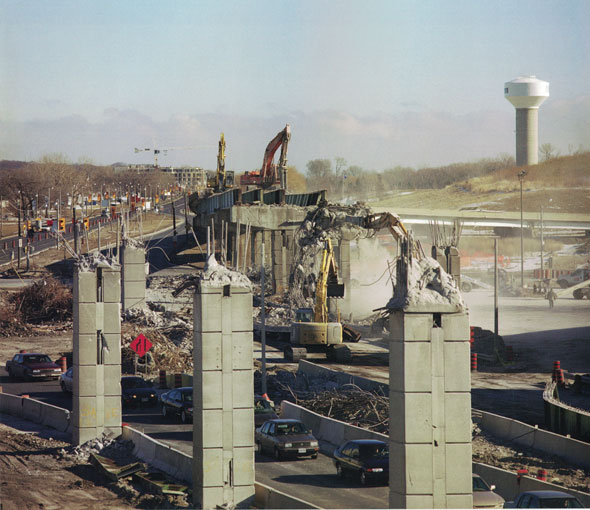 Demolition of the off-ramps at Leslie St. in January, 2001. 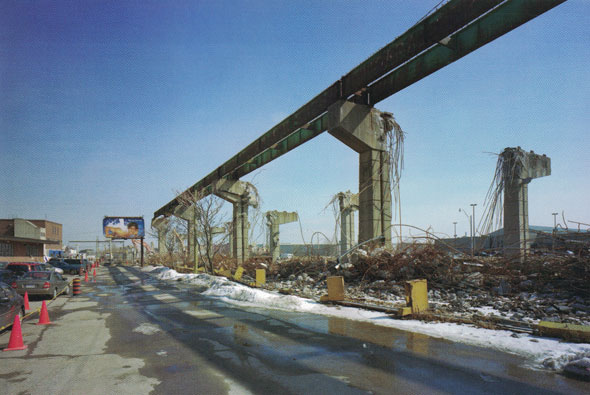 Lake Shore between Booth and Logan in March, 2001. 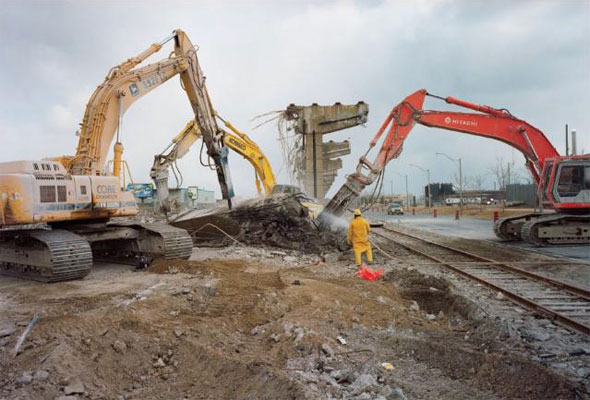 Pylons are pummelled into dust on Lake Shore between Carlaw and Leslie. March, 2001. 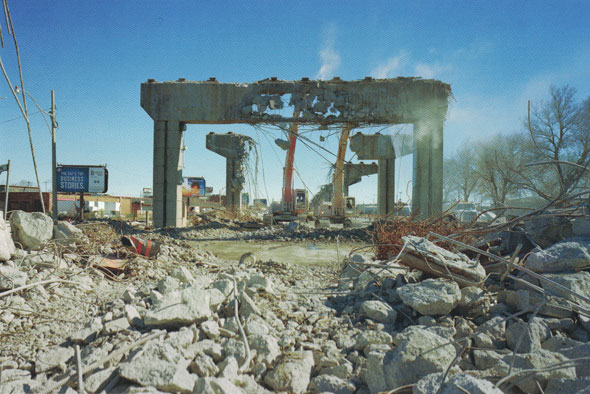 The last concrete pylon is wrecked at Booth Ave. 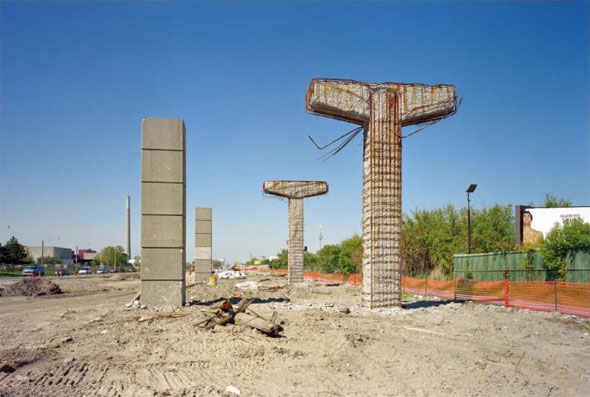 Nineteen pylons were left standing along the side of Lake Shore as a memorial to the overhead expressway. May, 2001.