For most, GO Transit is just a means for getting around the Greater Toronto Area, but one Ontario teen has taken his love of Metrolinx's regional transit system to the next level, building a touching tribute to his departed bus-driver grandfather entirely out of LEGO.

Ethan Thompson, a 19-year-old from Niagara Region, built an elaborate LEGO bus terminal in memory of his grandfather Garnett 'Garney' Thompson's illustrious career on the road, driving buses for the TTC, Gray Coach, GO Transit and Metrolinx for 41 years before passing away in 2016.

The model doesn't represent one specific station. Instead, Thompson took a hybrid approach, blending features of the Aldershot, Burlington, and Oshawa GO stations to create a custom station bearing all of the network's familiar features.

It's the sheer amount of detail that really takes this LEGO model to the next level, Thompson having studied photos carefully for weeks to make sure everything was perfect down to the most minor elements. 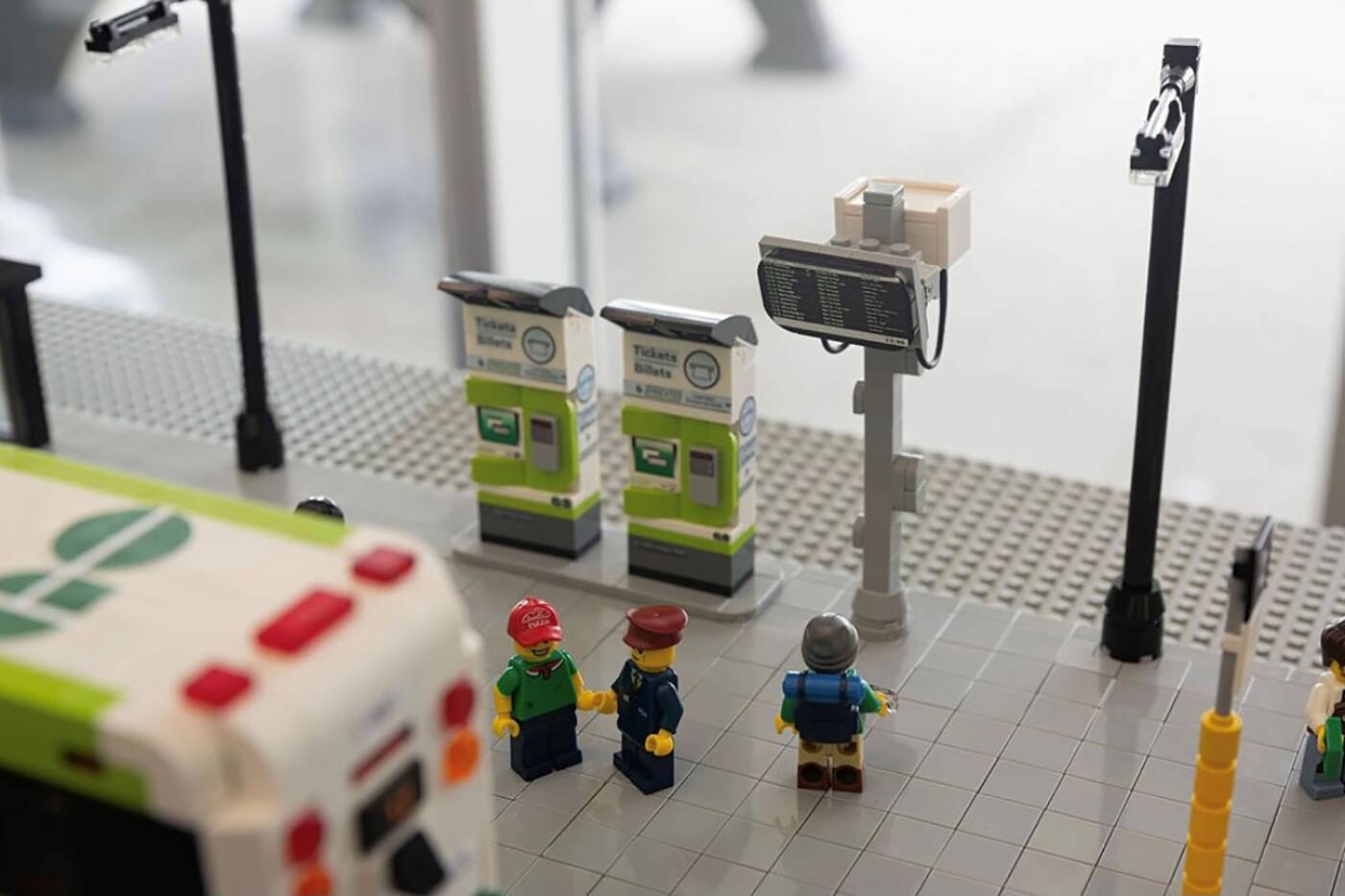 LEGO figures checking an arrival schedule next to PRESTO machines. Photo by cleopatrascanvasphotography.

This level of detail ranges from the more prominent features of stations like bus shelters, textured yellow safety strips, and PRESTO machines down to the nitty-gritty, with touches like destinations on electronic bus signs and bus schedules adding detail.

One figure stands out from the pack of the dozens of tiny LEGO people milling about this adorable terminal. A grey-haired person waiting on passengers next to a GO bus is a representation of Garnett Thompson, a personal easter egg memorial added by the younger Thompson. 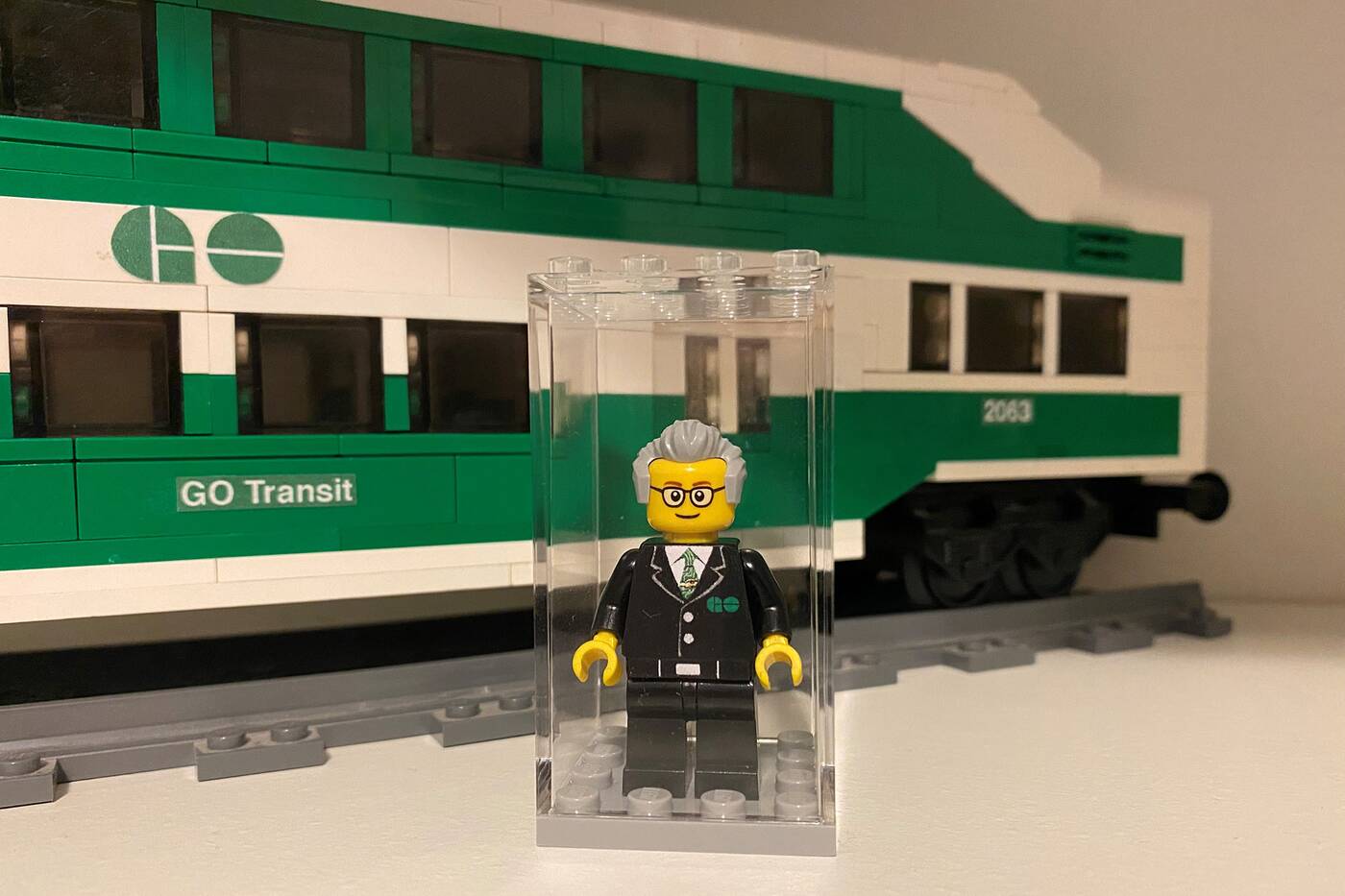 Some work was outsourced, with Thompson enlisting his father to help design the graphics and signage on a computer, printing and gluing them onto the LEGO pieces and bringing the GO branding to life. 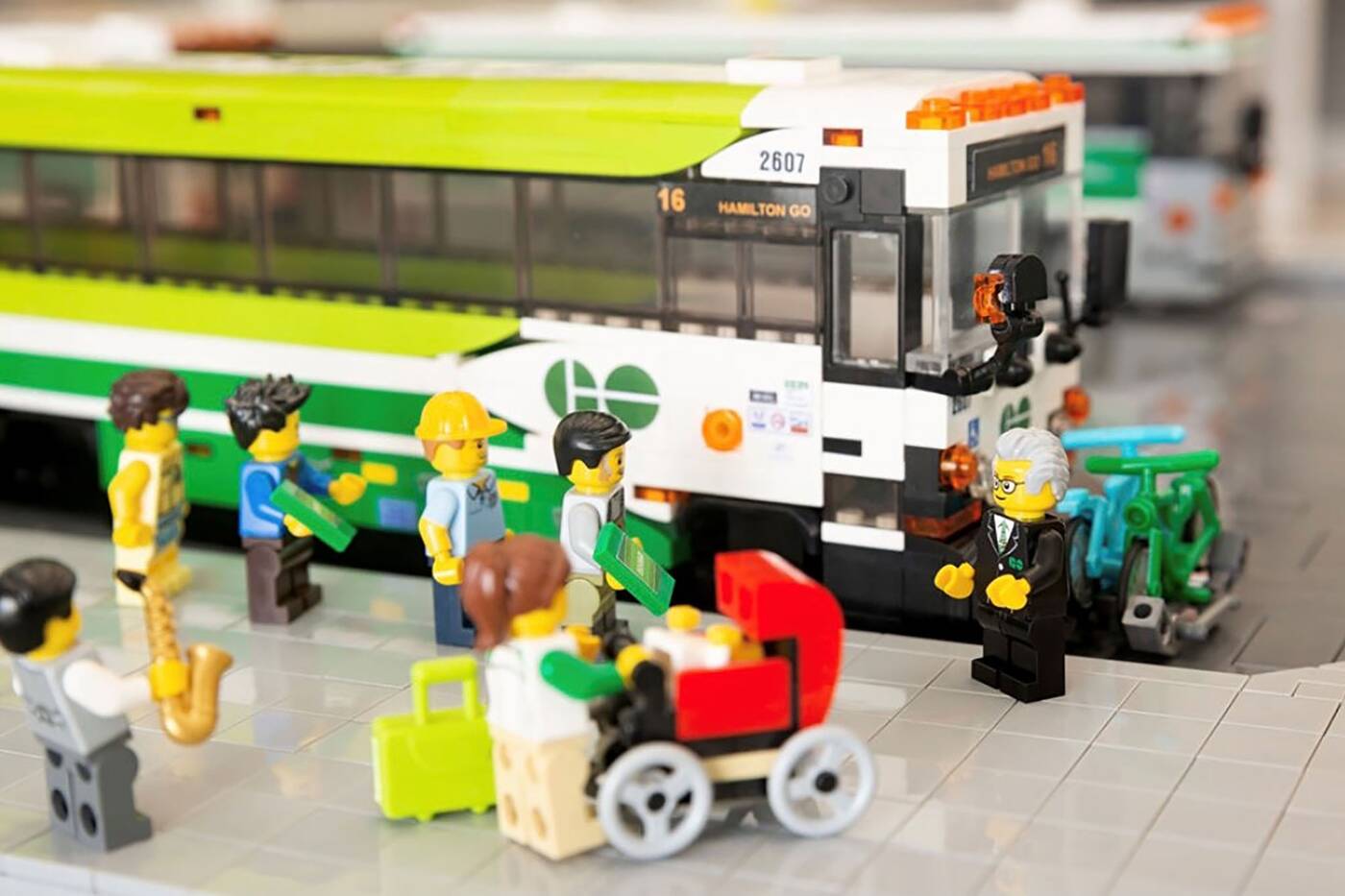 Thompson put hundreds of hours of work into creating his custom GO station, requiring tens of thousands of LEGO pieces and probably experiencing more than a few frustrating mistakes along the way.

Current GO bus driver and friend of 'Garney' Thompson, Bob Lanigan, has been a big supporter of Ethan Thompson, acting as his design consultant throughout.

Lanigan also urged Thompson to debut his LEGO model at the Hamilton GO Bus garage this summer, where it was met with an overwhelmingly positive reception. In a blog post covering the LEGO creation, Thompson told Metrolinx how "people were blown away by how realistic the buses looked." 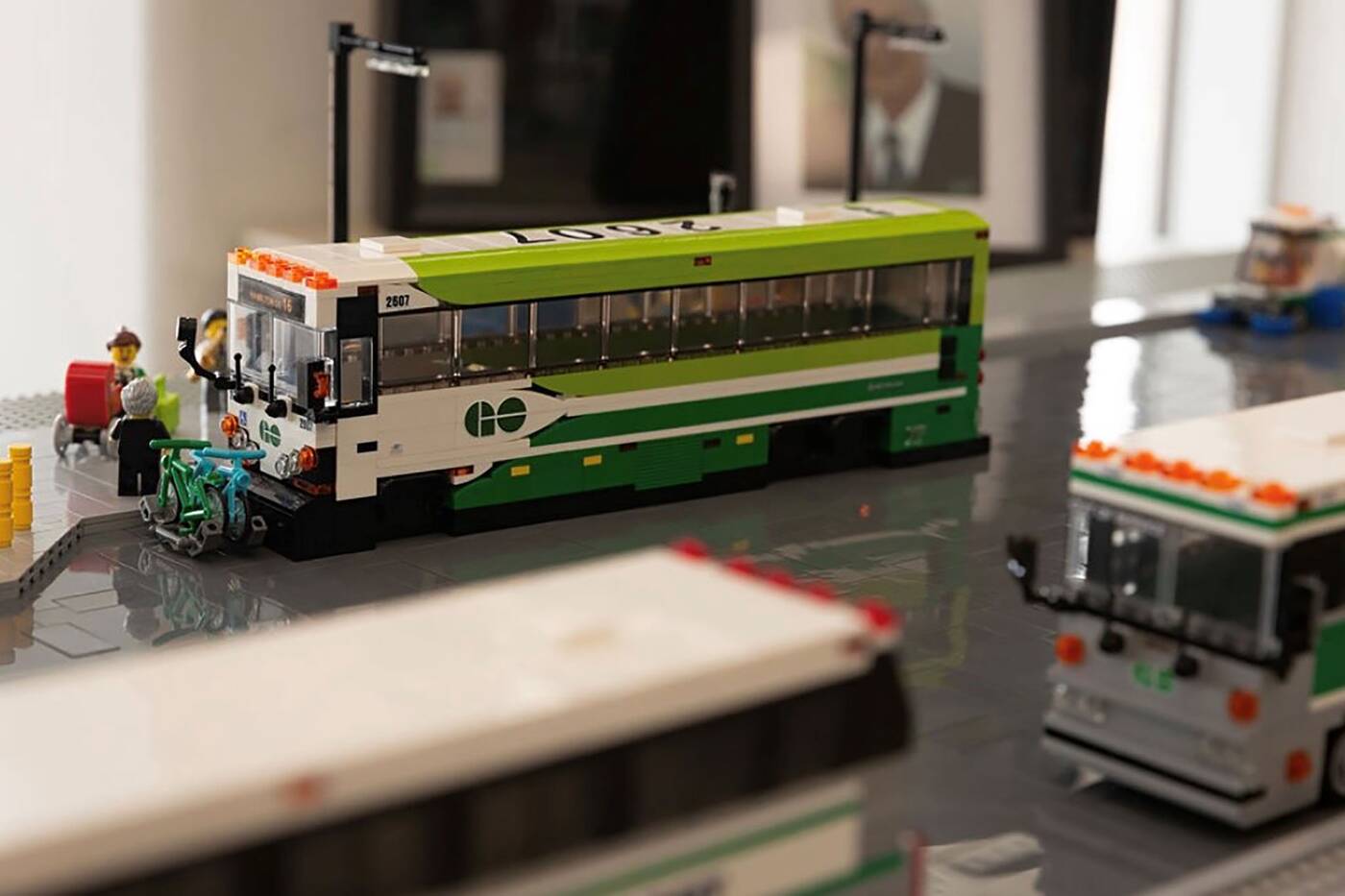 Passengers boarding a GO Bus complete with bike racks on the front. Photo by cleopatrascanvasphotography.

Thompson has even grander visions on the horizon, already building a LEGO version of the newly-opened Union Station Bus Terminal, which is expected to take a few weeks between the design and build time.