Several bridges that have disappeared throughout history in Toronto are reappearing present day through painted murals.

Toronto artist John Nobrega is painting images of these bridges on the side of the Revival nightclub building on Shaw street in Little Italy.

Nobrega says the concept behind the murals came from the owners of Revival, who wanted to showcase how the area looked before it was built up between the sixties and seventies. 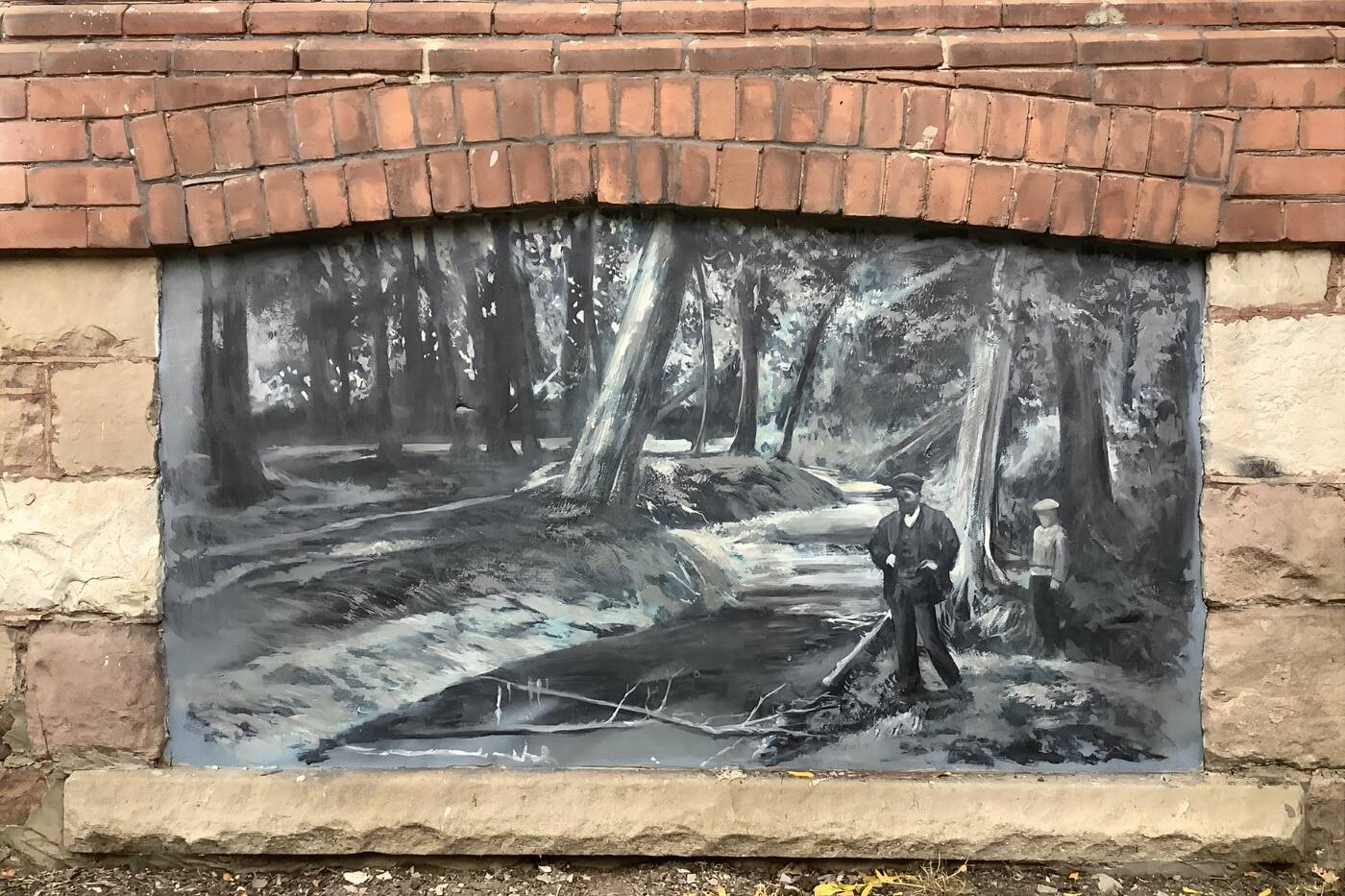 A painted mural of Garrison Creek located at Shaw and College street. Photo by: John Nobrega

The first mural is of the landscape of Garrison Creek, a ravine in the early 1900s, that ran through Shaw street underneath the Metro grocery store that stands today, which is behind Revival on College street. 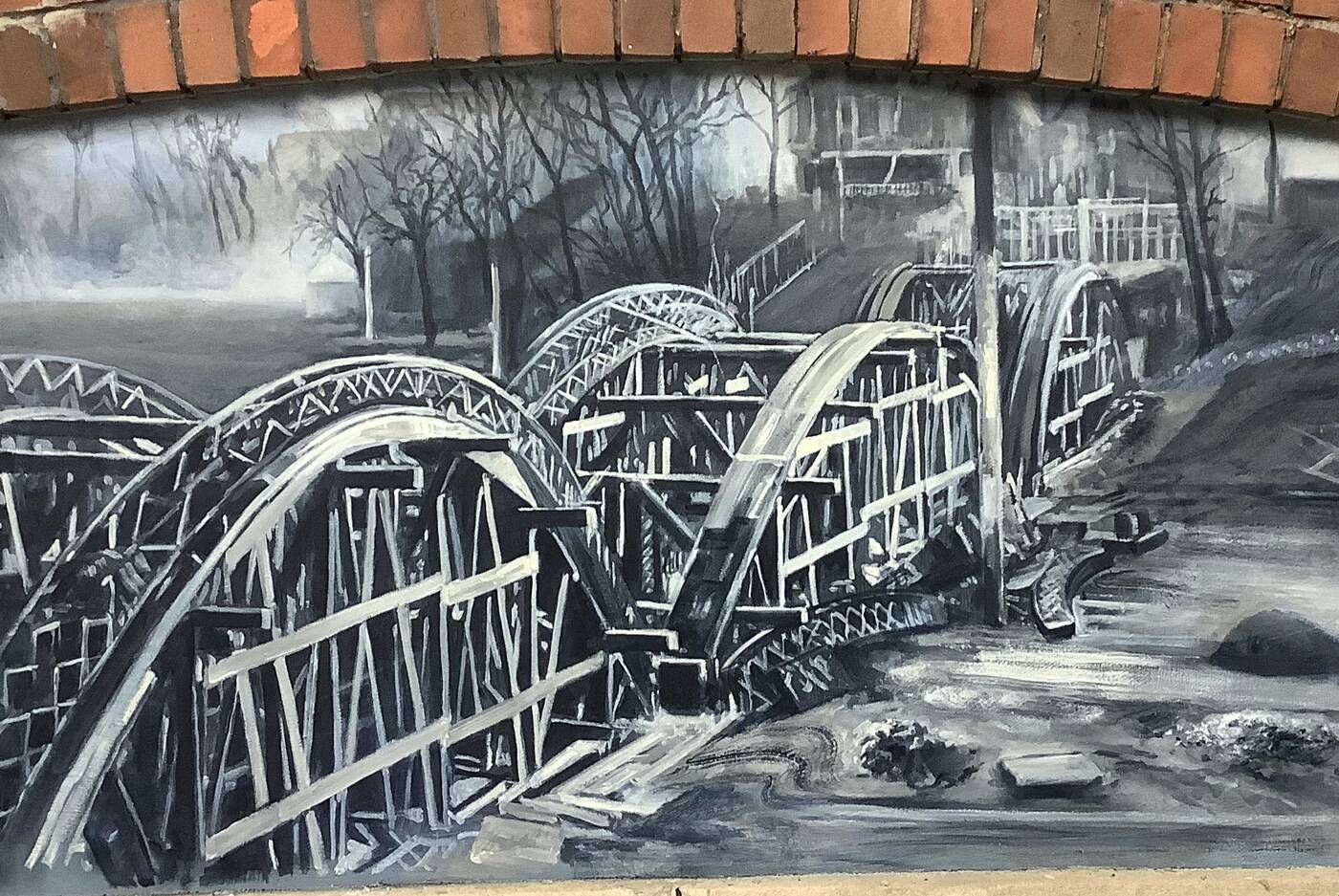 A painting showing the Crawford street bridge under construction in the early 1900's. Photo by: John Nobrega

The second painting shows the construction of the Crawford street bridge which was built in 1915 over Garrison Creek. This bridge would've passed through present-day Trinity Bellwoods Park but was buried up to the road deck during the sixties. 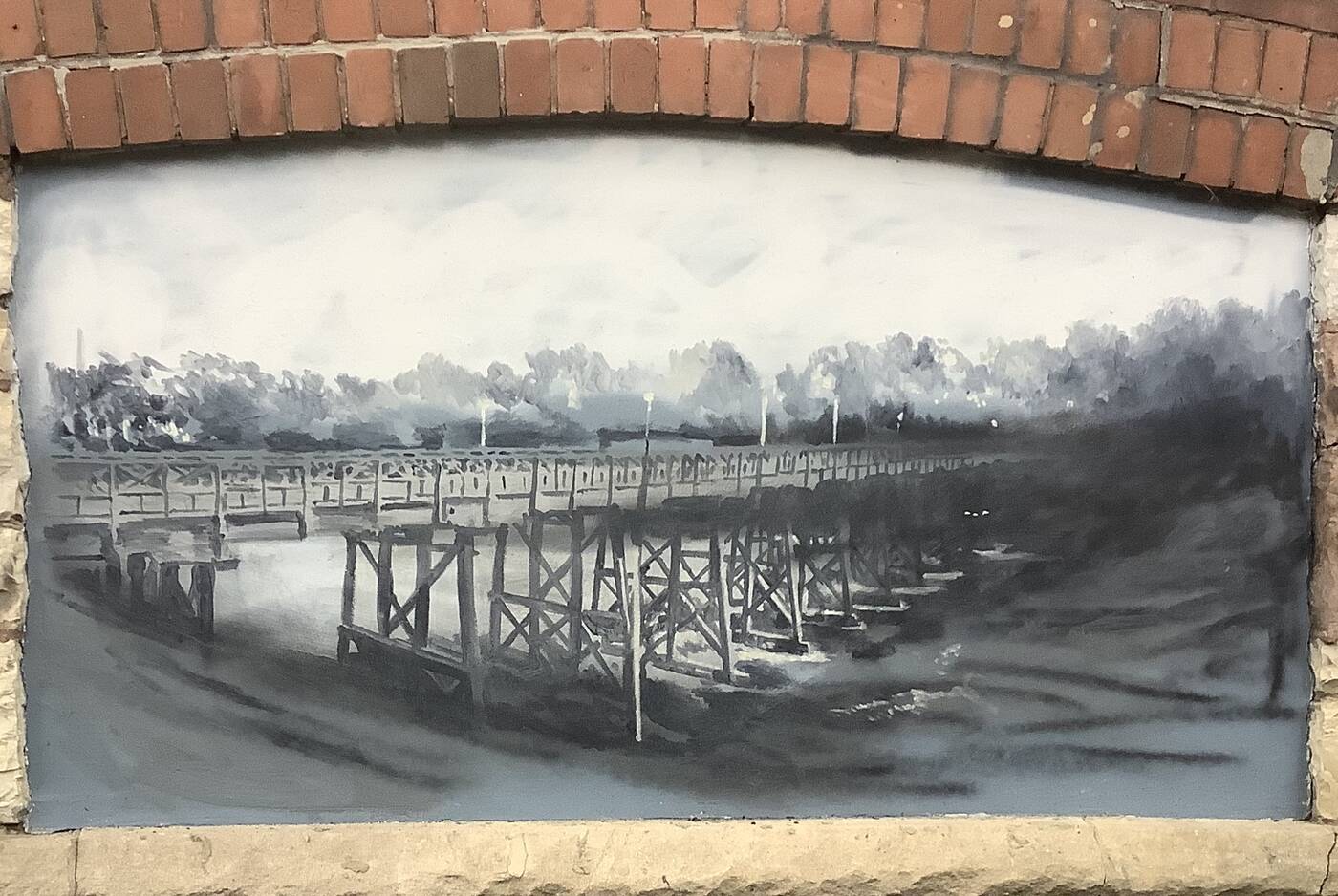 The third mural shows an unnamed wooden pedestrian bridge that used to stand in Trinity Bellwoods, but is no longer there. 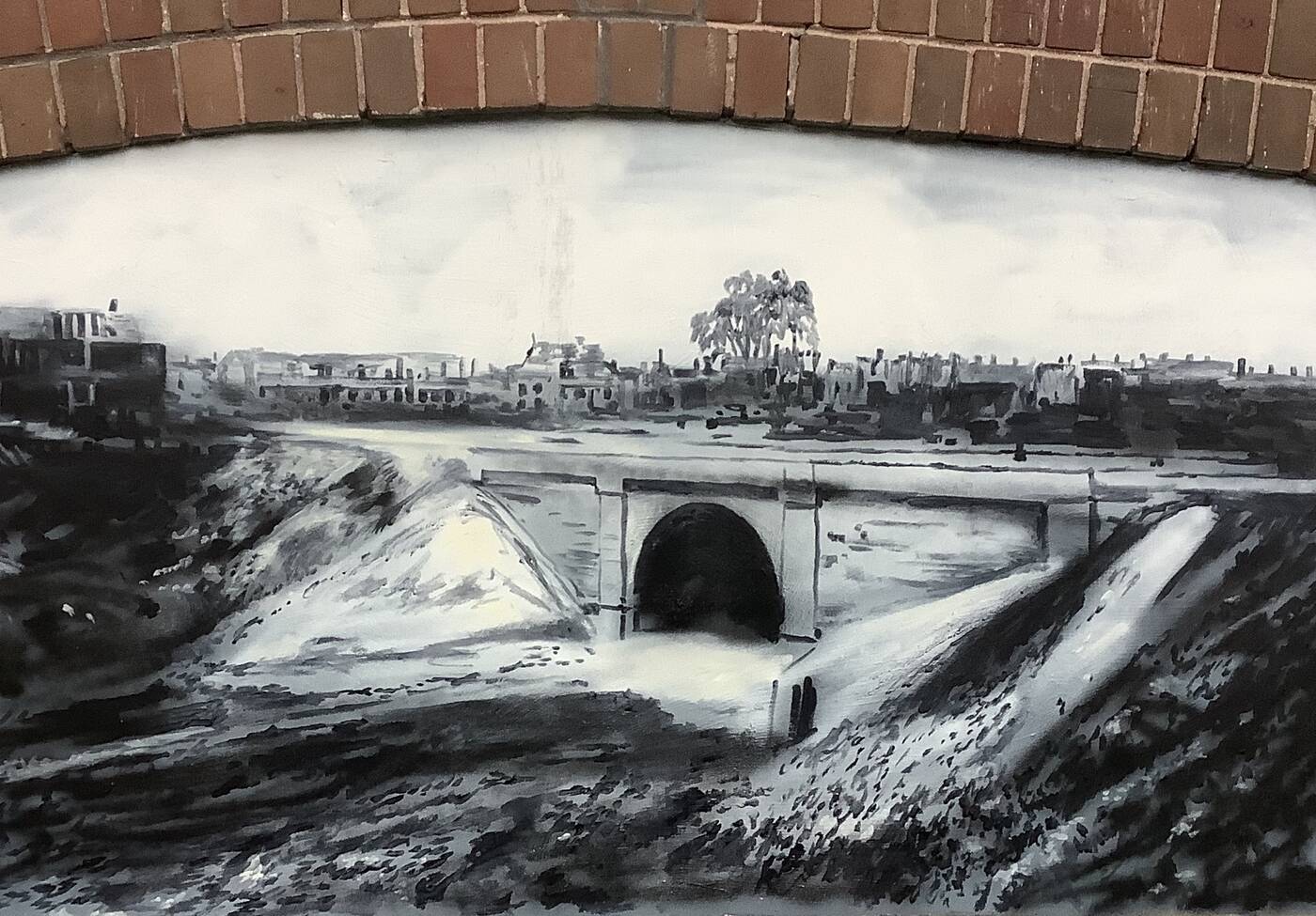 A painted mural of the Harbord street bridge which has parts of it that can be seen in present-day. Photo by: John Nobrega

The Harbord street bridge is the fourth mural. This bridge was neighbours with the Crawford street one, also passing over Garrison Creek. Today, pieces of the edges of the bridge can be found along a sidewalk beside Bickford Park. 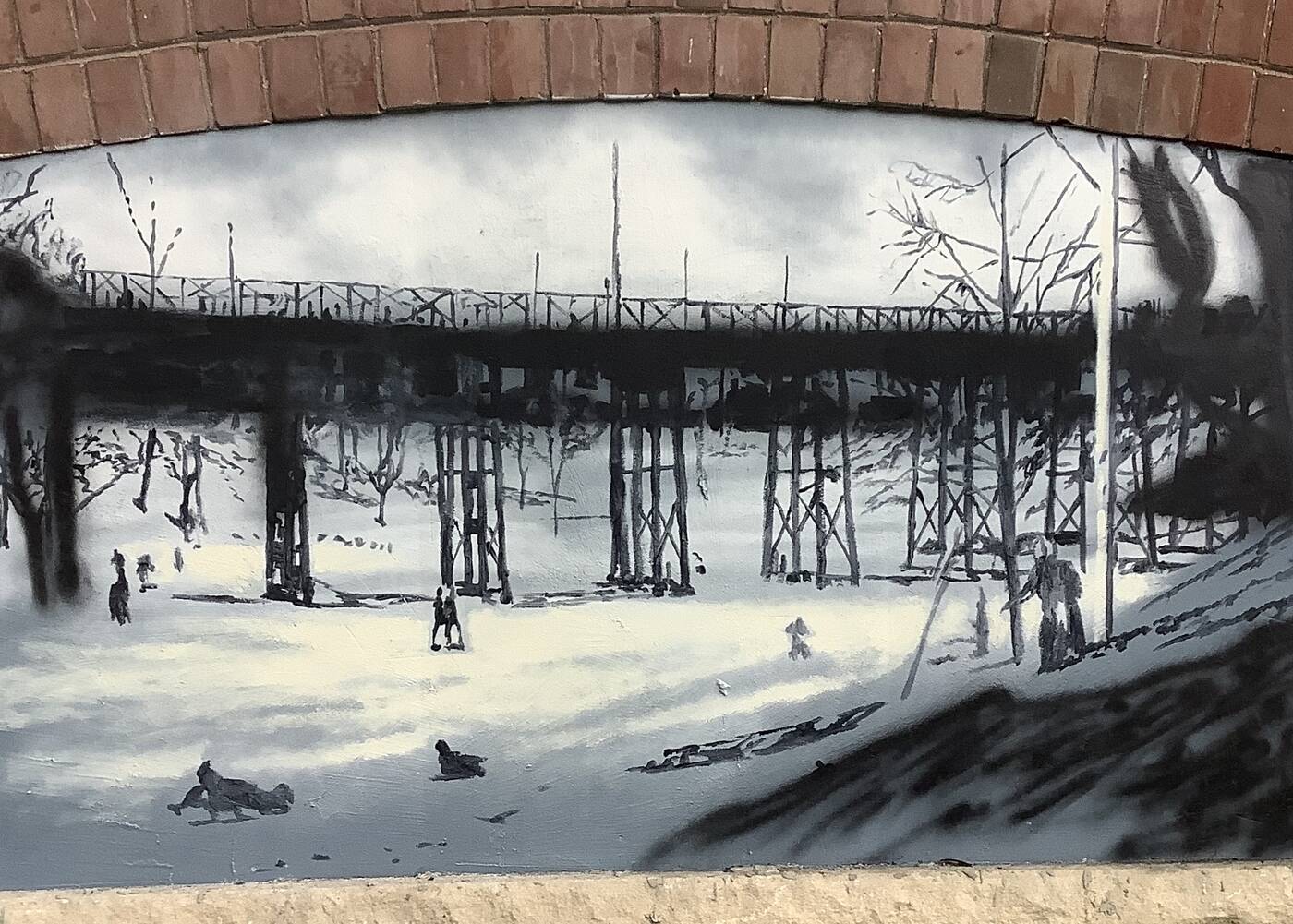 A painting of people tobaggoning near the unnamed bridge in Trinity Bellwoods. Photo by: John Nobrega

The fifth mural shows a similar scene from the wooden pedestrian bridge in Trinity Bellwoods, but in the winter, with people tobaggoning. 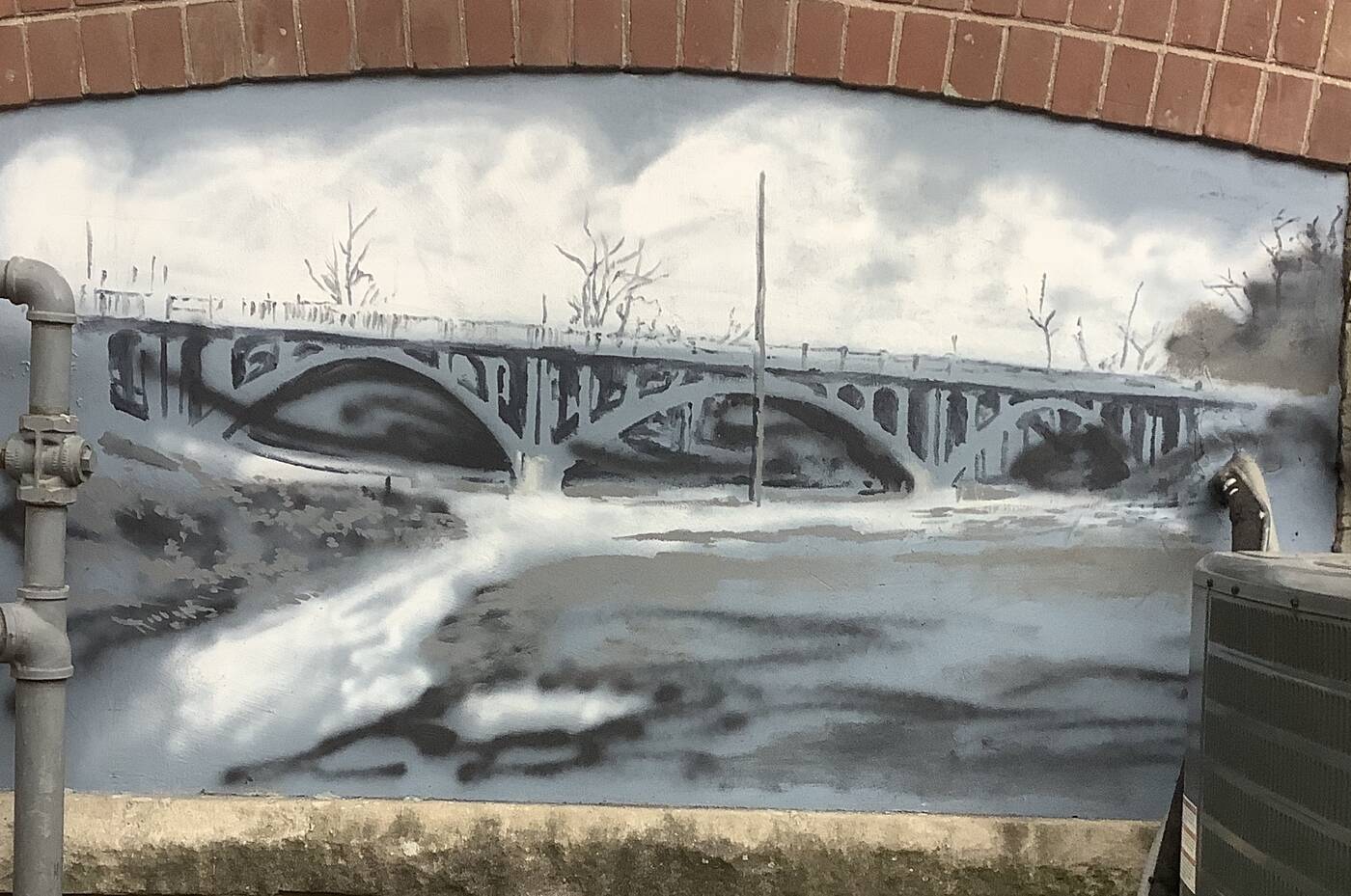 A different scene of the Crawford street bridge showing it fully built in 1915. Photo by: John Nobrega

The Crawford street bridge is also painted in the last mural, but shows the bridge when it was fully constructed.

Nobrega says it takes him around two days to complete each of the paintings, he prints out photos of the bridges from the archives and references them while painting.

Although, the murals aren't fully completed yet, Nobrega says he'll be adding more to them, with the goal of having the project finished between October 10 and 15.