Vaccine passport or no vaccine passport, people in Ontario who refuse to be innoculated against COVID-19 could soon find themselves excluded from some social activities and events.

The results of a new Angus Reid poll released this week suggest that nearly half of all people in the province don't want to spend any time (at least in person) with unvaxxed associates, even once they themselves are considered fully protected against the virus.

"Vaccination has had a seismic impact on the pandemic in wealthy Western countries, which has led many to begin to discuss what a new normal will look like in their communities," reads the Angus Reid Institute's report.

Of the 2,040 vaccinated Canadian adults polled by the firm between July 9 and 13, only 53 per cent said that they're "likely to spend time around those who have not received their jabs" after they themselves are fully dosed and have built up an immunity. 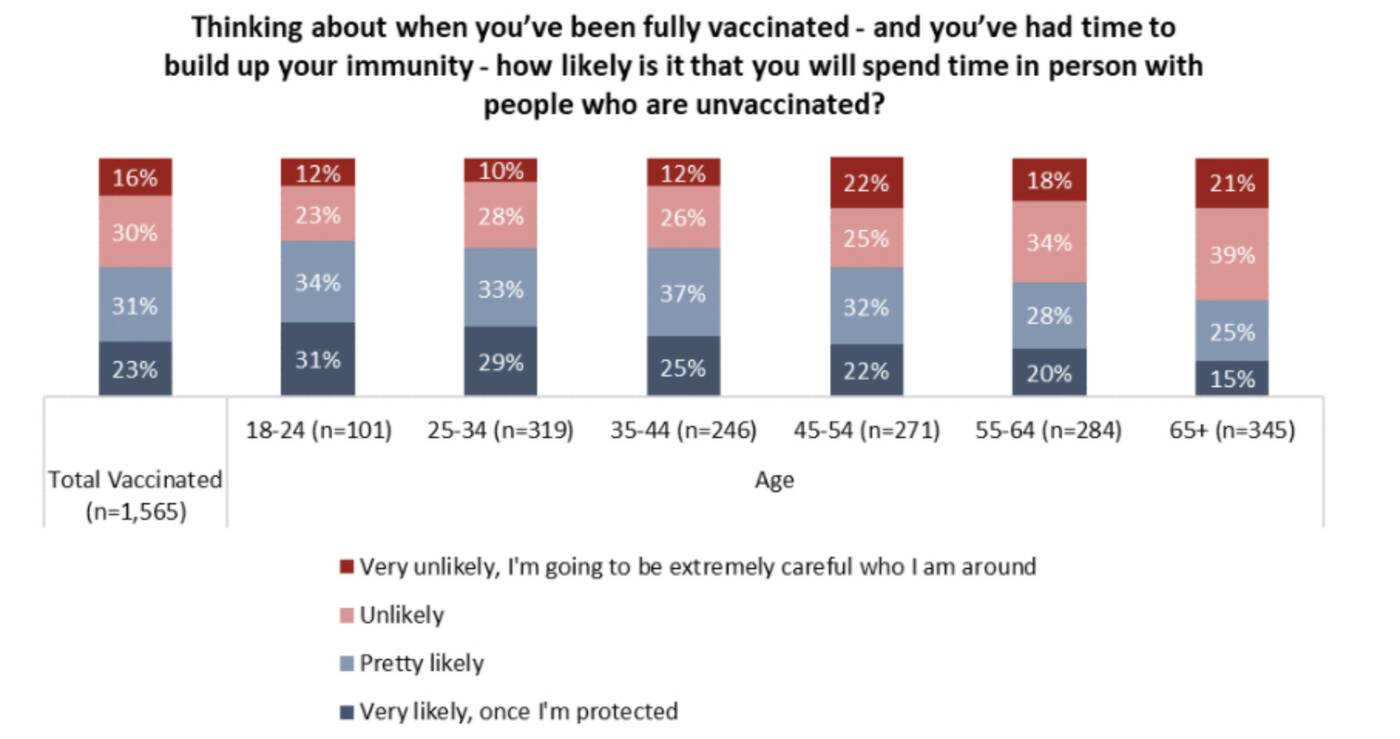 Younger people in Canada are more chill when it comes to hanging out with people who haven't been vaccinated. Graph via Angus Reid Institute.

Older Canadians were more likely than younger Canadians to state that they would be "unlikely" or "very unlikely" to hang with unvaccinated folks in the months ahead: About 60 per cent of people over the age of 65 aren't down to clown with anti-vaxxers.

In Ontario specifically, 32 per cent of respondents said that they would be "unlikely" to spend time in person with those who are unvaccinated, while 17 per cent of the same group checked the box that read "very unlikely, I'm going to be extremely careful who I am around."

The findings are interesting as Ontario moves through step 3 of reopening and the vast majority of residents get immunized.

According to the Ministry of Health, 80 per cent of all adults have now been at least partially vaccinated against the coronavirus, while just over 65 per cent have now had two shots of a Health Canada-approved vaccine. 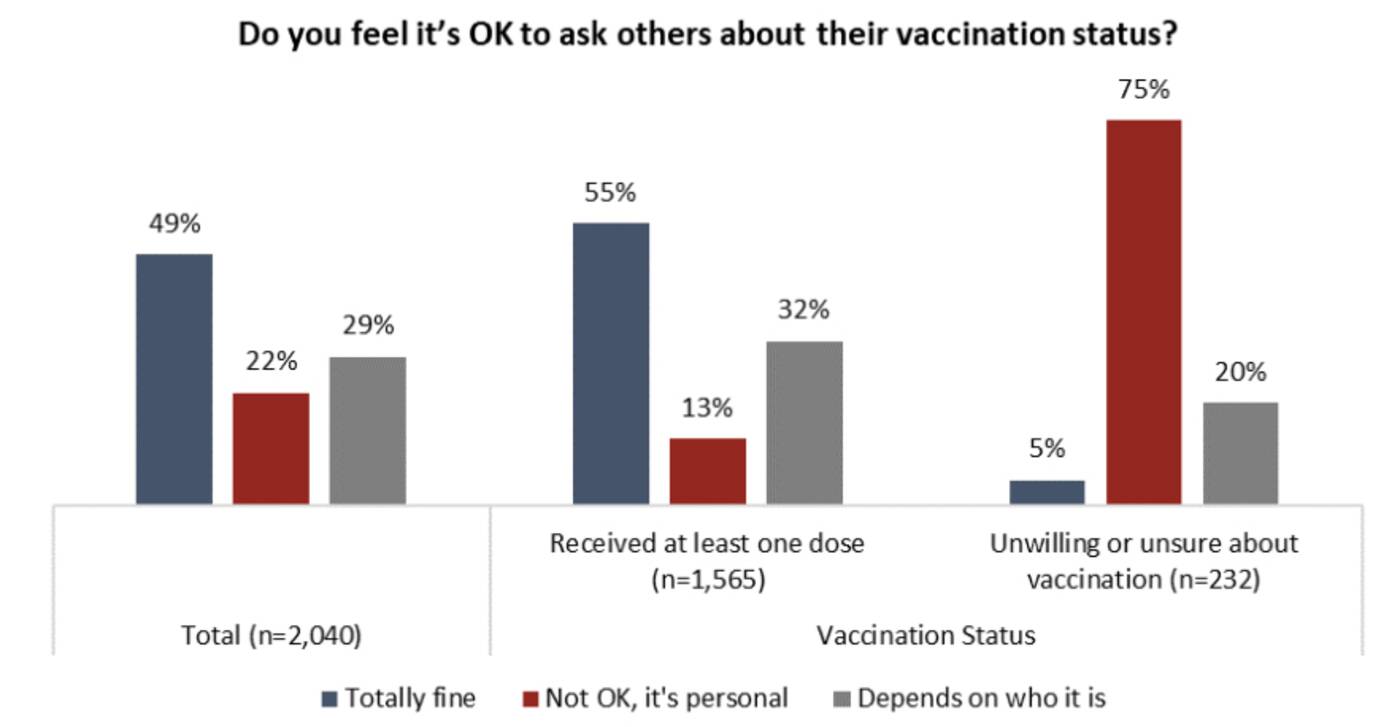 Vaccinated people are much more likely to think it's okay to ask someone about their vax status than those who have eschewed the shots. Image via Angus Reid Institute.

Many people seem to have strong opinions about whether or not vaccination status should impact one's ability to travel, attend school, visit restaurants or even go to work.

Some staunch anti-lockdown types have gone so far as to ban people who are vaccinated from patronizing their businesses (presumably to make some sort of point?) while other businesses say only those with proof of vaccination can come inside, deferring to safety concerns.

Navigating the social landscape moving forward could get a bit tricky as things open up; According to the Angus Reid poll, 55 per cent of people with at least one dose of a vaccine think its "totally fine" to ask others about their vaccination status, while only 5 per cent of unvaccinated folks feel the same.

When asked if they feel  it's okay to ask others if they've been vaccinated, a full 75 per cent of unvaccinated respondents replied: "Not okay, it's personal."

Only 13 per cent of vaccinated people said the same (the rest chose "depends on who it is"), suggesting that there could be some awkward conversations ahead for at least some Canadians.