A downtown Toronto retail worker remains in serious condition at a local hospital with "the possibility of life-altering injuries" after being viciously attacked at their place of work last Thursday, and police are looking to find the person responsible.

According to the Toronto Police Service, an "unknown man" initiated the attack around 4:45 p.m. on June 17 inside a drug store at Yonge Street and Carlton Street, where one of the city's most notoriously busy Shoppers Drug Mart locations stands.

Police say that an interaction took place between the suspect and a store employee "about the man's face mask" before the man grew agitated and had to be escorted from the store.

Const. Jenniferjit Sidhu clarified to CBC Toronto that the employee had simply asked the man to "fix his face mask," as it wasn't properly covering both his mouth and nose.

Multiple employees were involved in removing the man from the store, according to Sidhu, but only one ended up on the ground with the suspect stomping on their head. 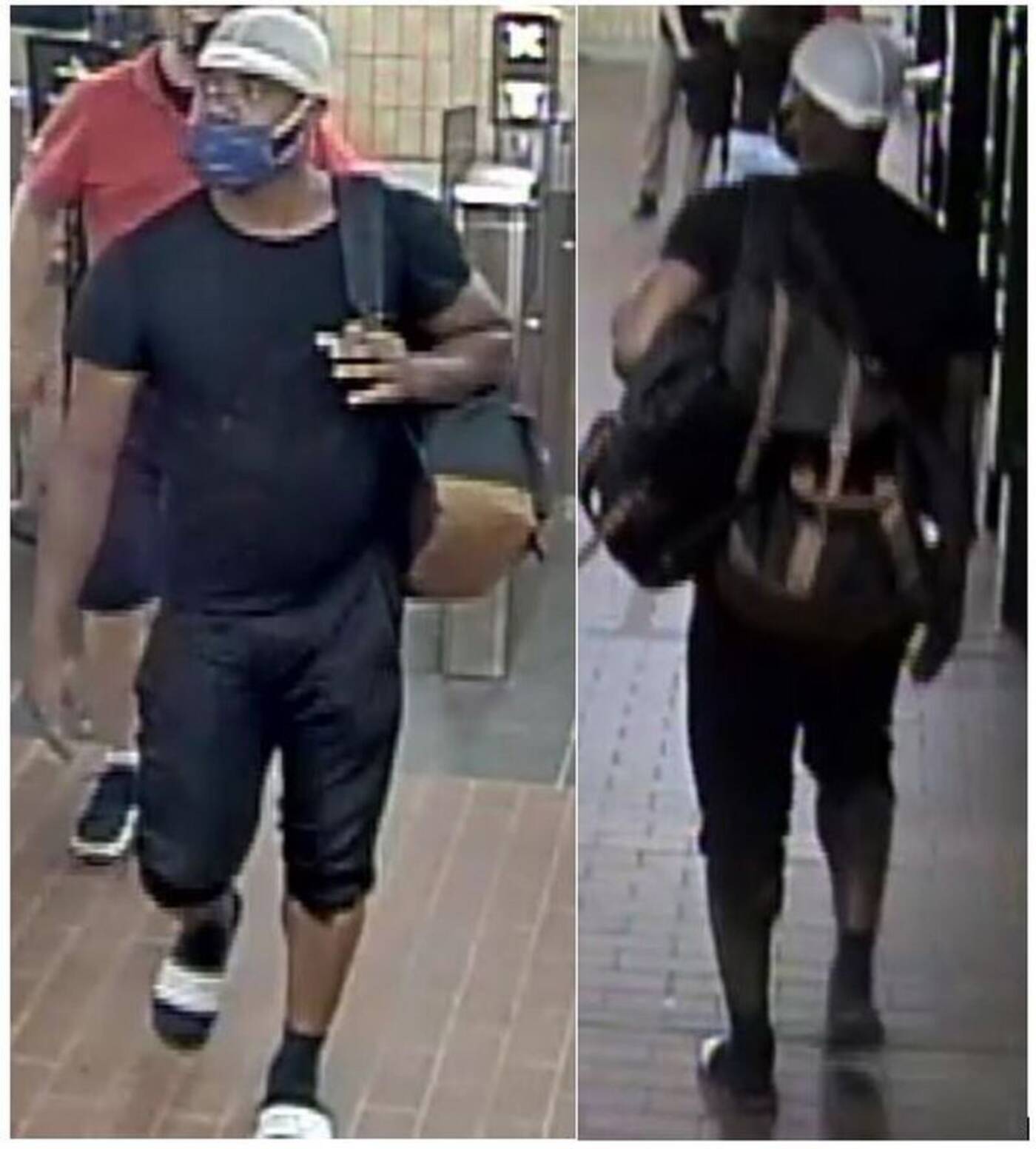 TPS is asking the man seen in these photos, or anyone with information about him, to contact police immediately as part of an aggravated assault investigation. Image via Toronto Police Service.

"Once outside, the man struck one of the store employees with a closed fist and then stomped on his head with his feet," reads a request for public assistance issued by the Toronto Police Service on Thursday.

"The store employee was taken to hospital and is in serious condition, with the possibility of life-altering injuries."

Now the prime suspect in an active aggravated assault investigation, the man seen in TTC security footage here is being encouraged to contact police immediately.

He is described by police as approximately six feet to six feet two inches tall with a muscular build. At the time of the assault, he was wearing a black t-shirt, black shorts, black socks, black sandals, a blue face mask, a white durag, and carrying a black and brown bag.