Rouge Beach in Toronto, between the marshy waters of the wetland and the long sandy beach that stretches westwards, is a place bursting with natural beauty. 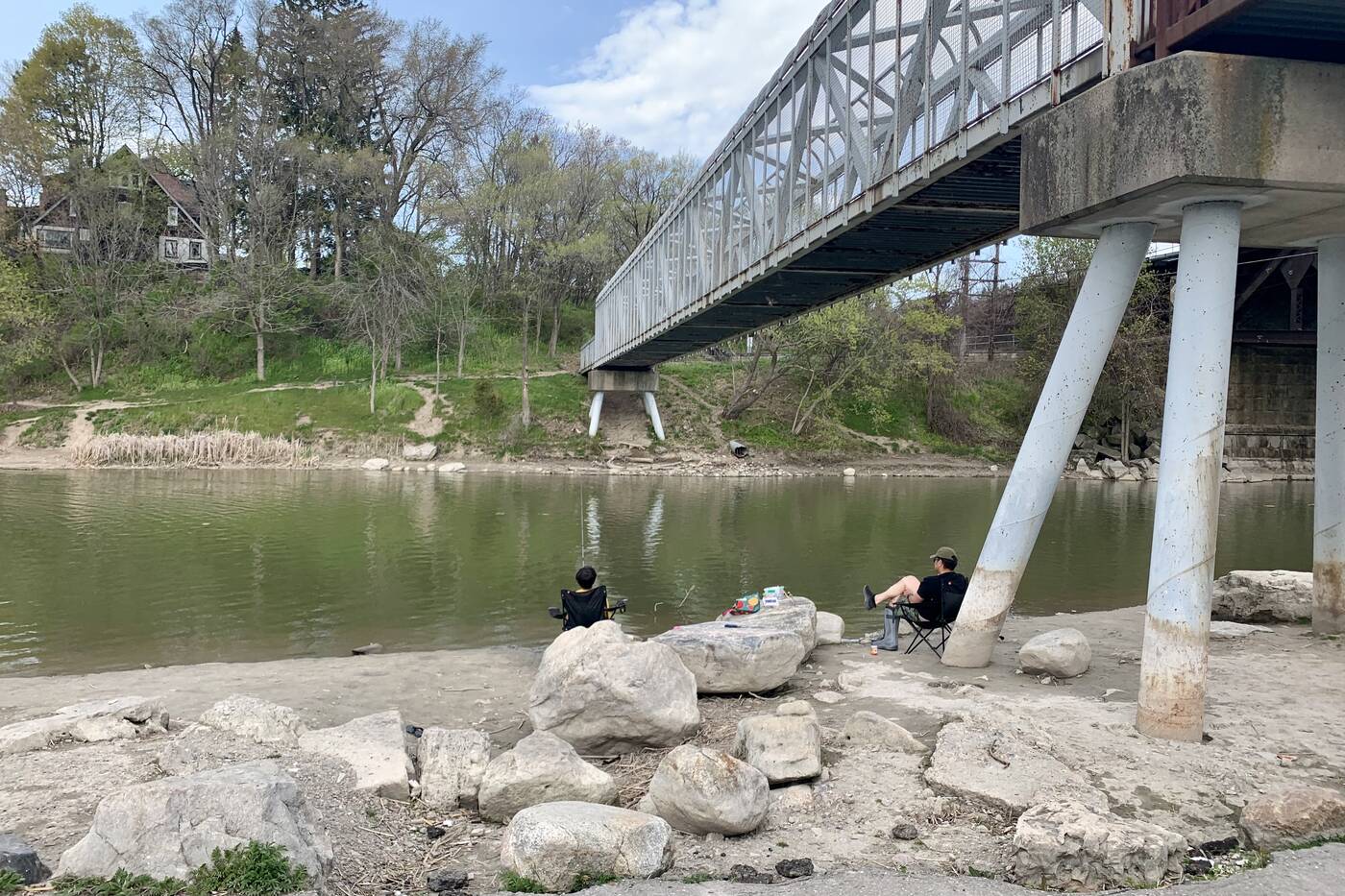 Rouge Beach is home to the largest remaining wetlands in the city.

And this southern end of Rouge National Urban Park is just as significant as it is beautiful as it's the largest remaining wetland and marsh in the city. 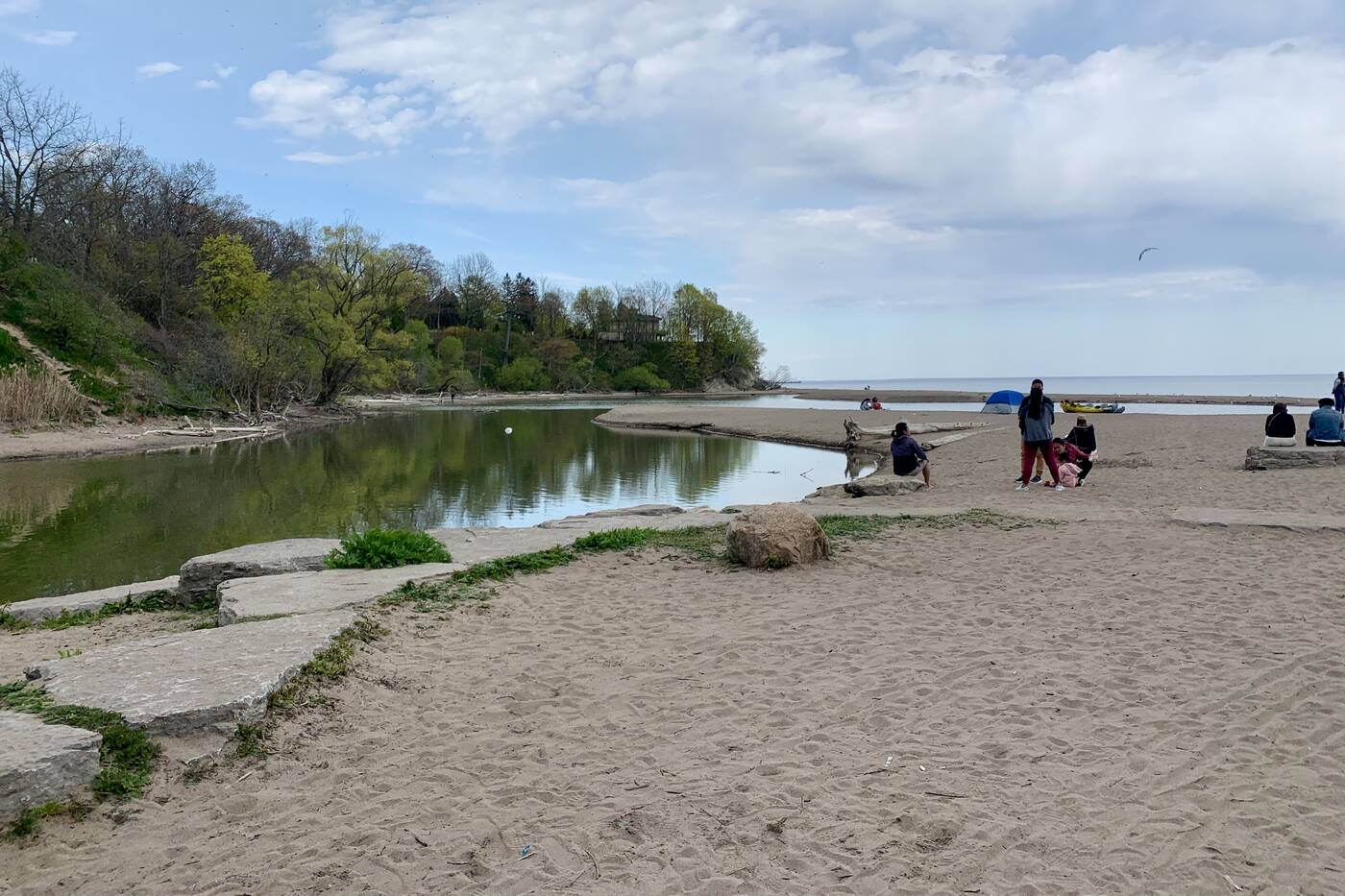 The Rouge River flows from Oak Ridges Moraine, which stretches over 150 kilometres from the Niagara Escarpment before the muddy waters transform into a deep blue once joined up with Lake Ontario here at Rouge Beach. 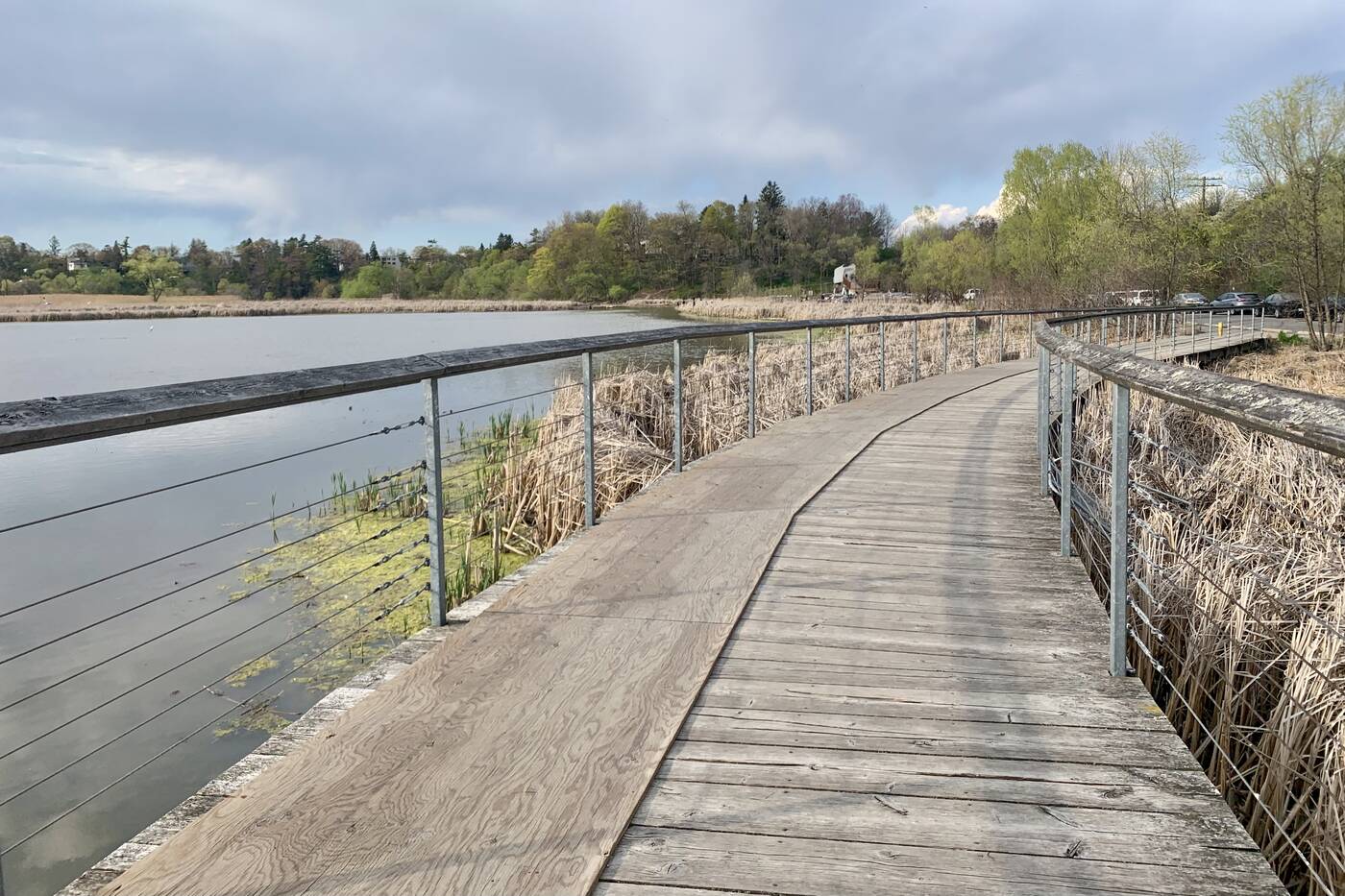 The Rouge Marsh Trail leads along a flat boardwalk in the wetlands.

The Rouge River is known by the Iroquois as  "katabokokonk" meaning "river of easy entrance. It was renamed by French explorers for the reddish colour of the waterway, which was caused by the melting of the red clay riverbanks. 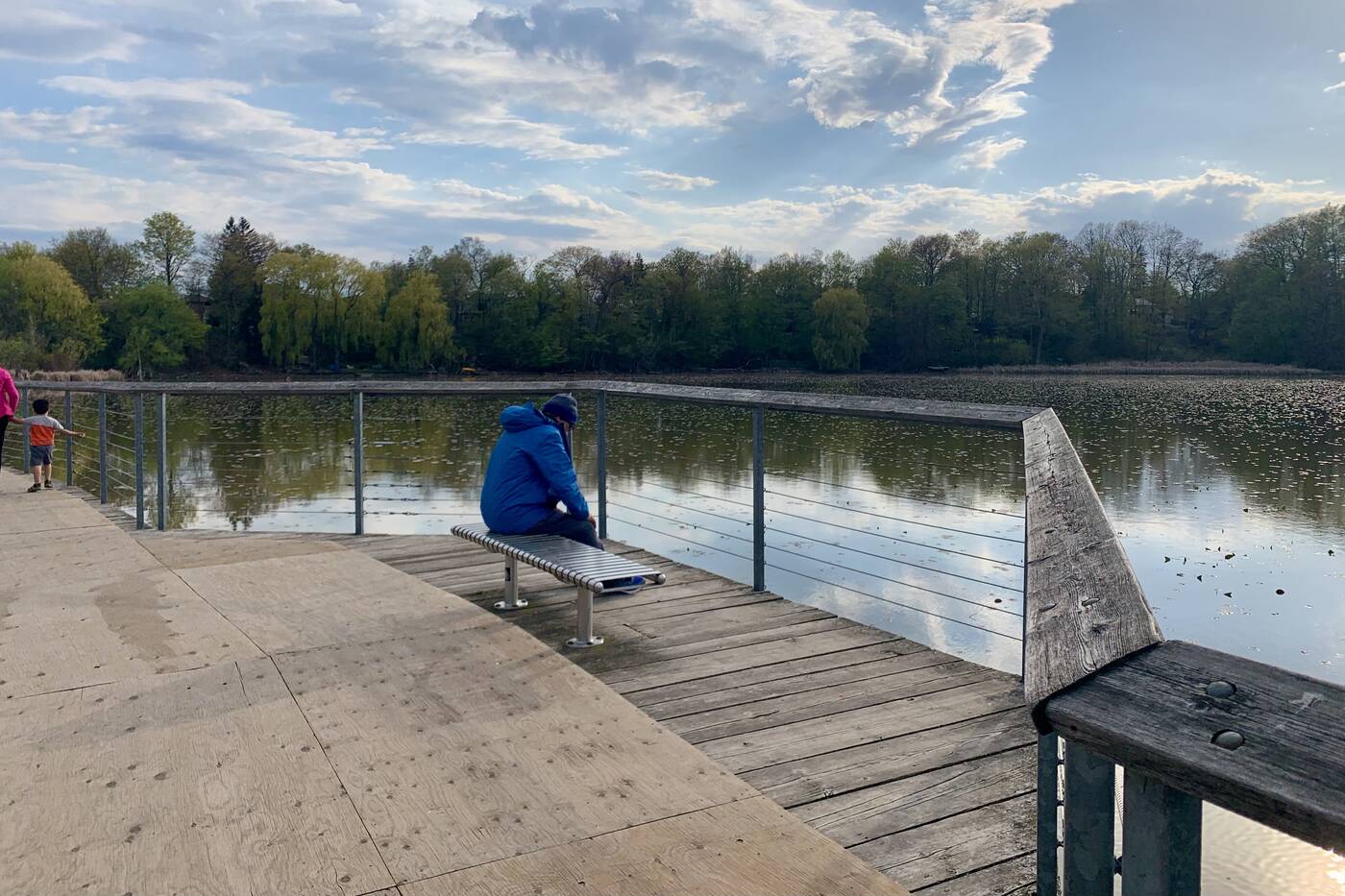 There is a bench situated in the middle of the boardwalk where you can take in the view.

The wetlands can be explored by walking the Rouge Marsh Trail along a flat boardwalk. It comes with a bench overlooking the water and likely a whole host of aquatic bird species. 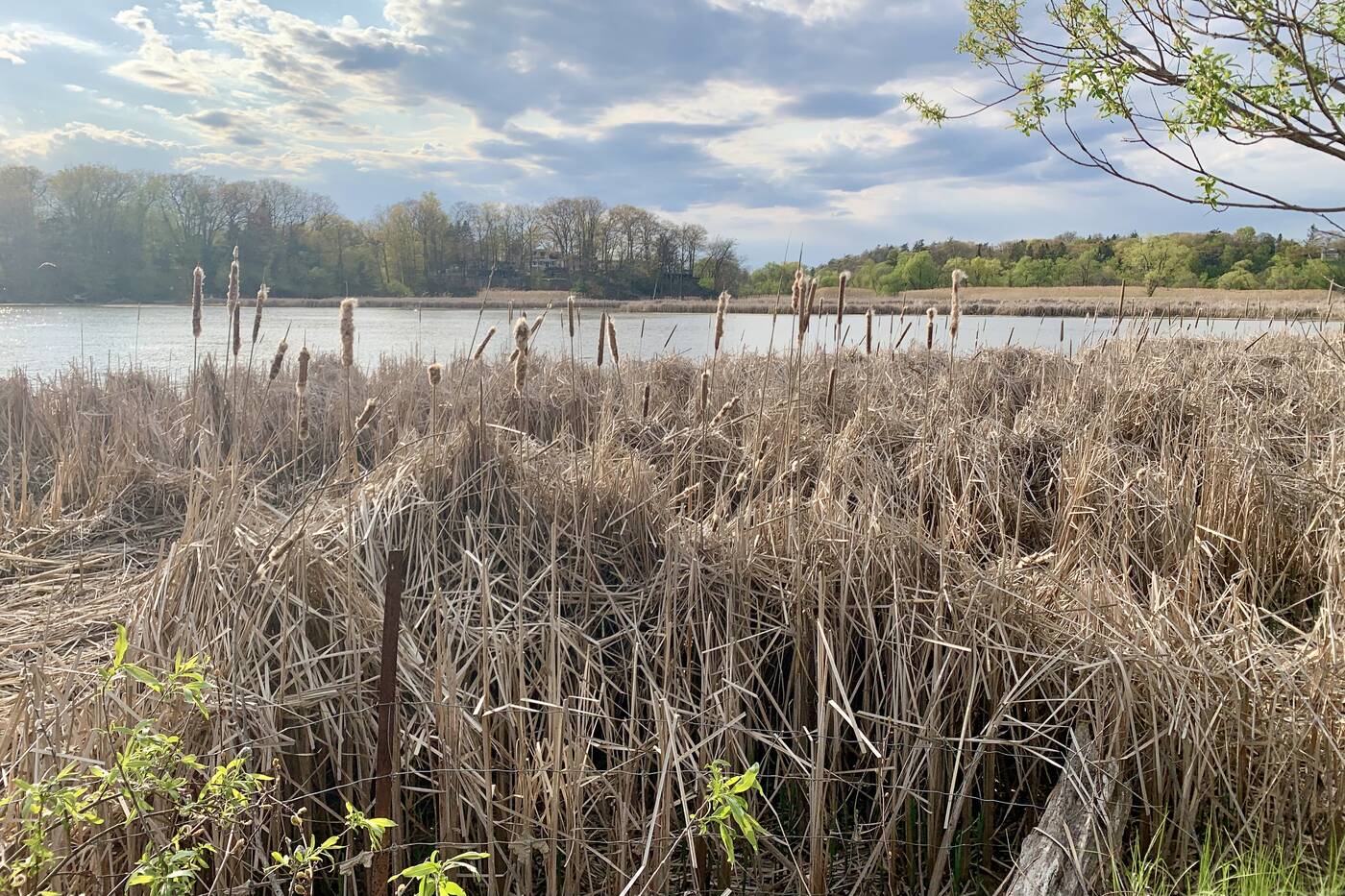 Plenty of visitors canoe or kayak the marsh.

Another popular way of getting around the murky waters that are sprinkled in patches of tall perennial grass is by canoeing or kayaking while others tend to enjoy it from the shoreline with a hook and line. 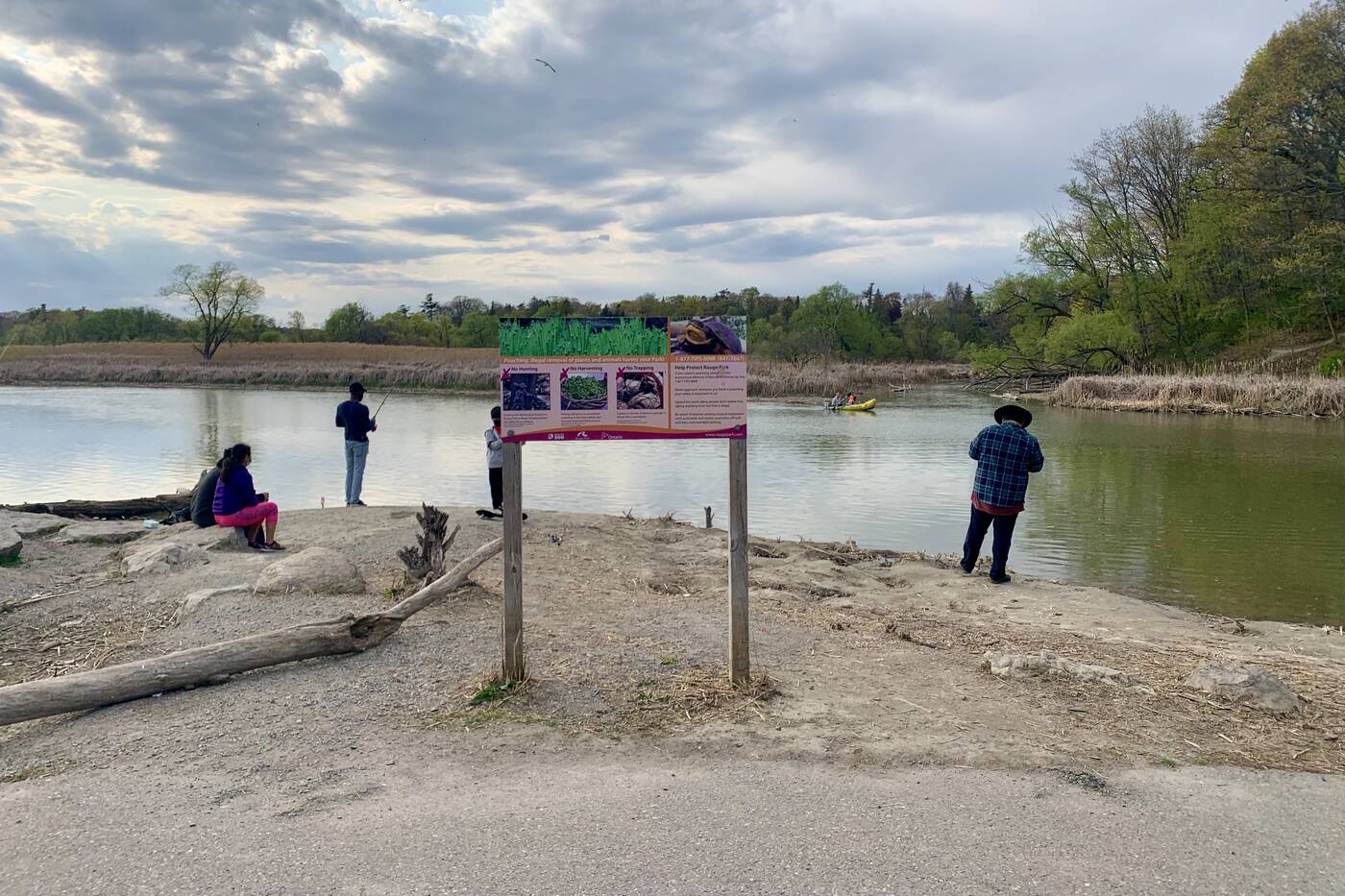 Rouge River is one of the best fishing spots in the GTA.

The mouth of the riverway boasts some of the best fishing around. Brown trout, rainbow trout, Coho salmon, Chinook salmon and even occasionally the extremely rare brook trout have all been caught by fishers in these waters. 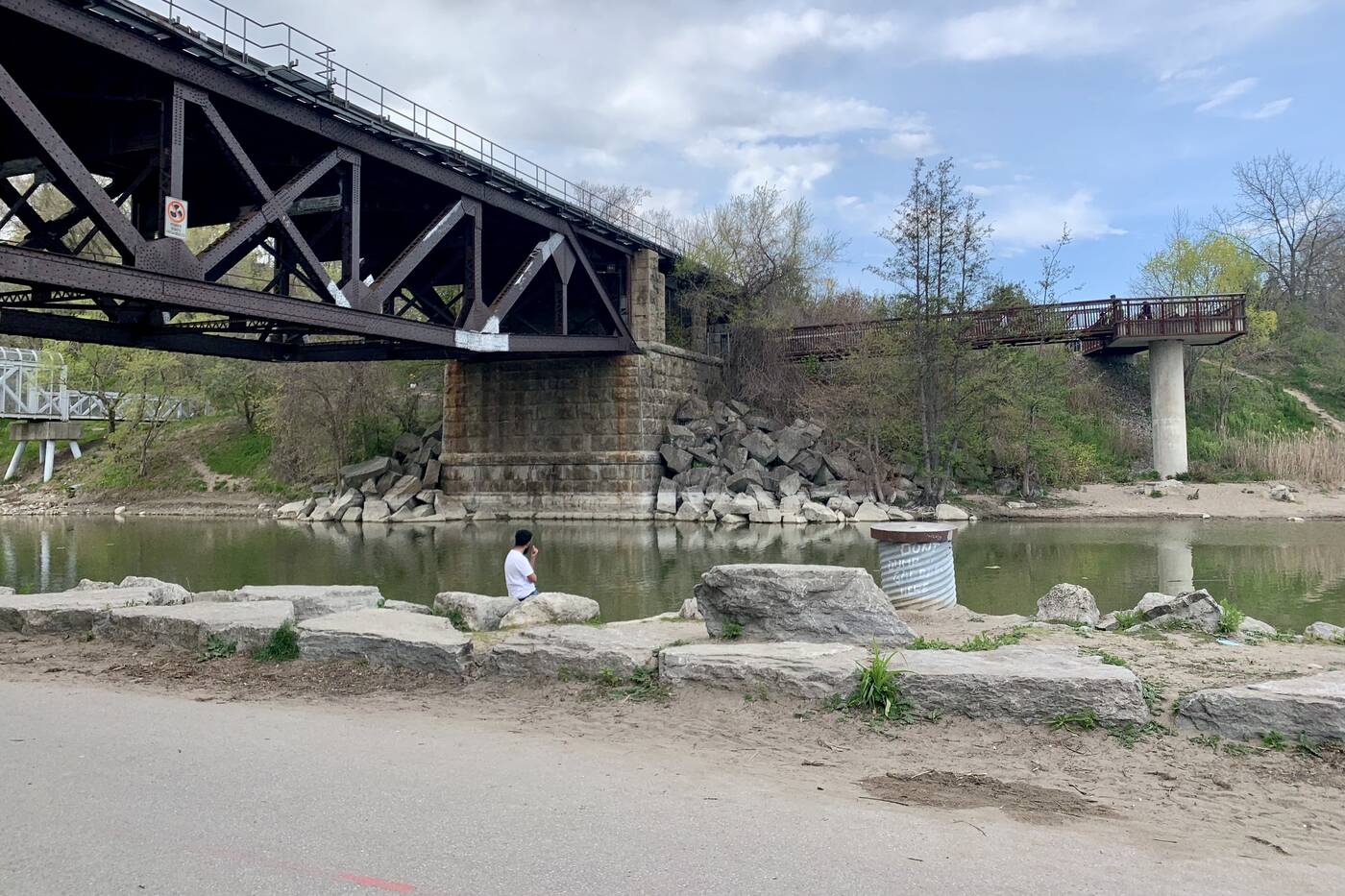 A CN rail line passes overhead where the river runs into the lake.

Apparently not even the roar of the CN trains overhead is enough to scare them away. Just keep in mind a license is required to fish here. 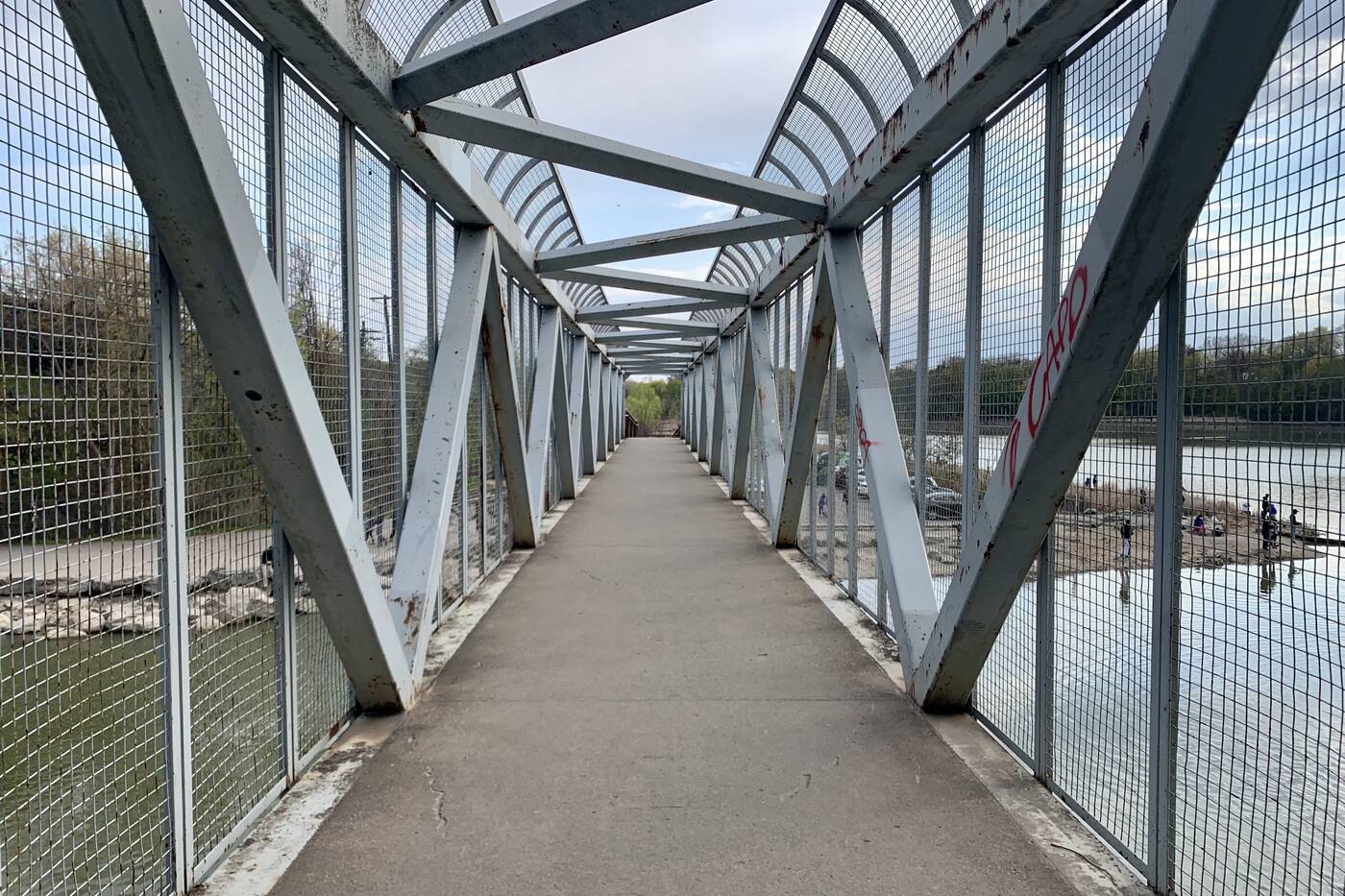 A pedestrian walkway leads to the other side of the river where you can continue onto Pickering.

If you're not much of a fisher, journeying around the breathtaking area is activity enough. A pedestrian bridge extends across the waterway parallel to the railway line, which gets you to the opposite side of the river. 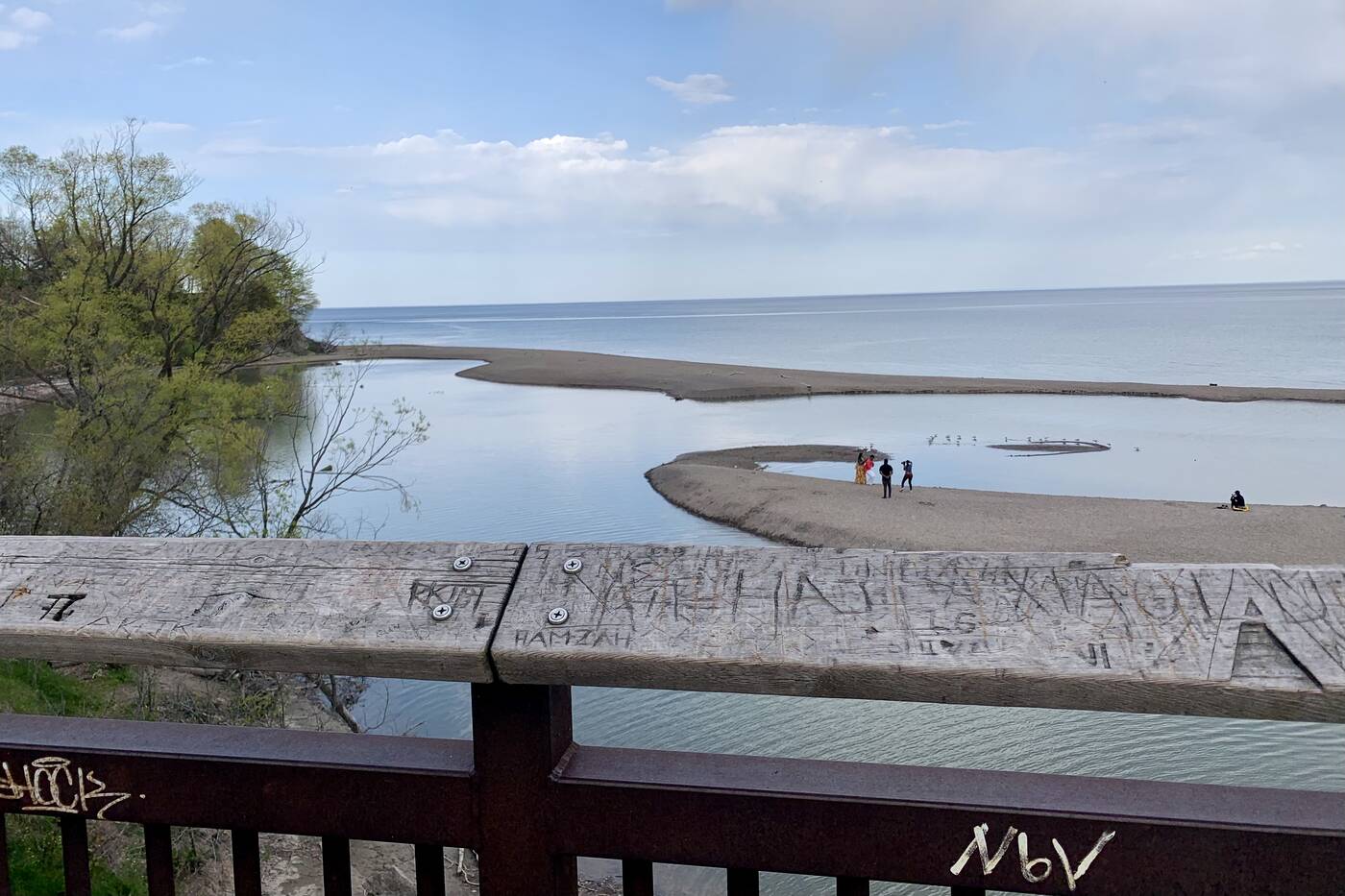 There are spectacular views of the lake from above.

On this side, you'll find a dirt pathway traversing around the marsh. Heading south after the bridge will afford you panoramic views of the picturesque lakefront. 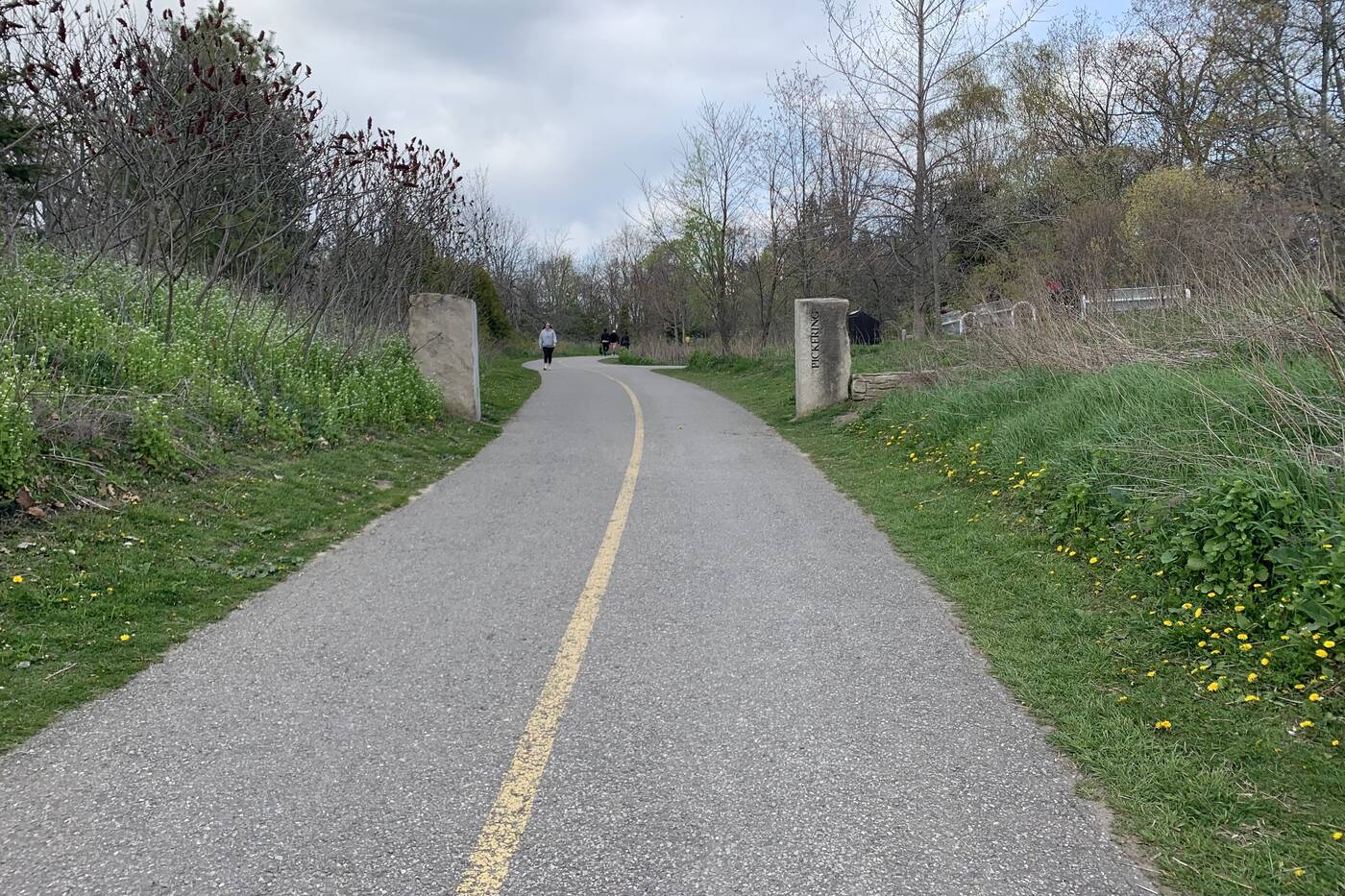 Petticoat Creek Conservation Area is a 20-minute walk from here.

To the east, the Waterfront Trail carries on to the Petticoat Creek Conservation Area in Pickering after about a 30-minute walk. 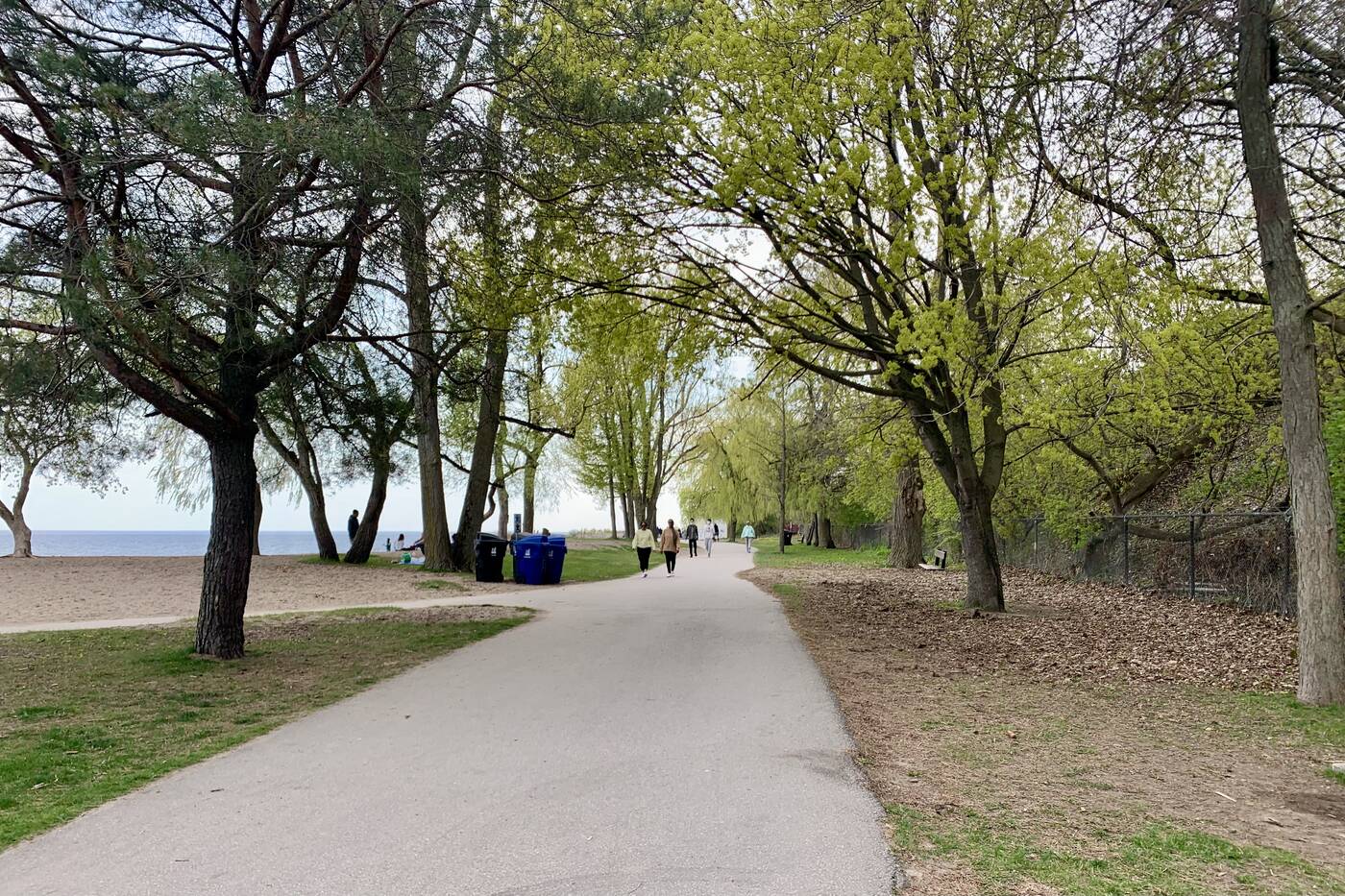 Head westwards on the same paved pathway and you'll hit Port Union Waterfront Park and then the peaceful bird sanctuary at East Point Park after that. 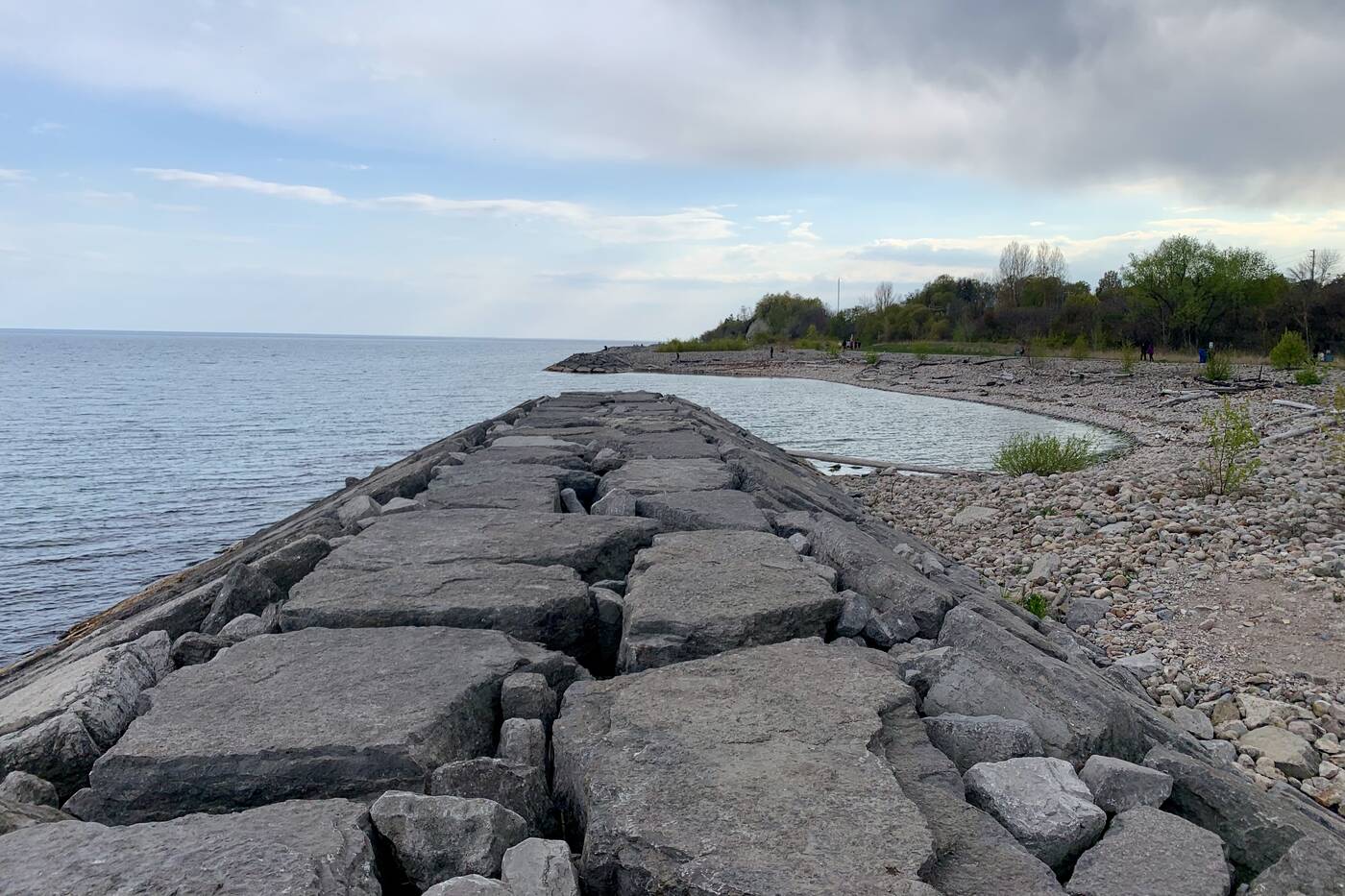 There are multiple lookout points along the lake.

The rocky boulders situated at the end of the beach every so often provides up-close lookouts on the lake if you fancy a stop along the five-kilometre trek to East Point. The closer you get, the more the Bluffs will come into view. 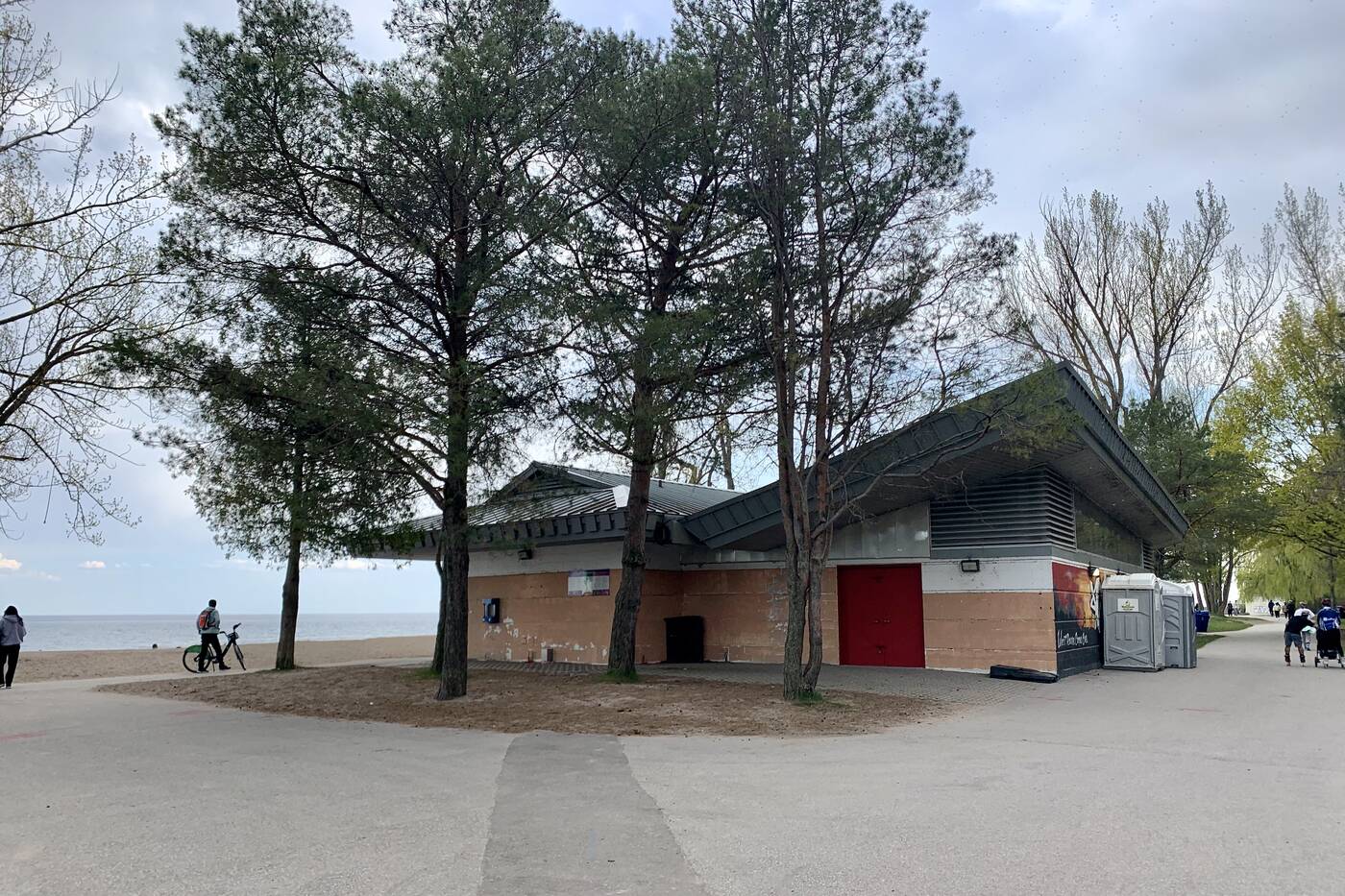 The beach is one of 10 swimmable beaches in the city.

Another popular option is setting up a blanket on the soft white sand back at the beach and swimming and sunning the day away. It's one of 10 swimmable beaches in the city so it can tend to get quite busy in the summer months.

Immediately to the east of the beach, you can also easily spot the Pickering Nuclear Power Plant. 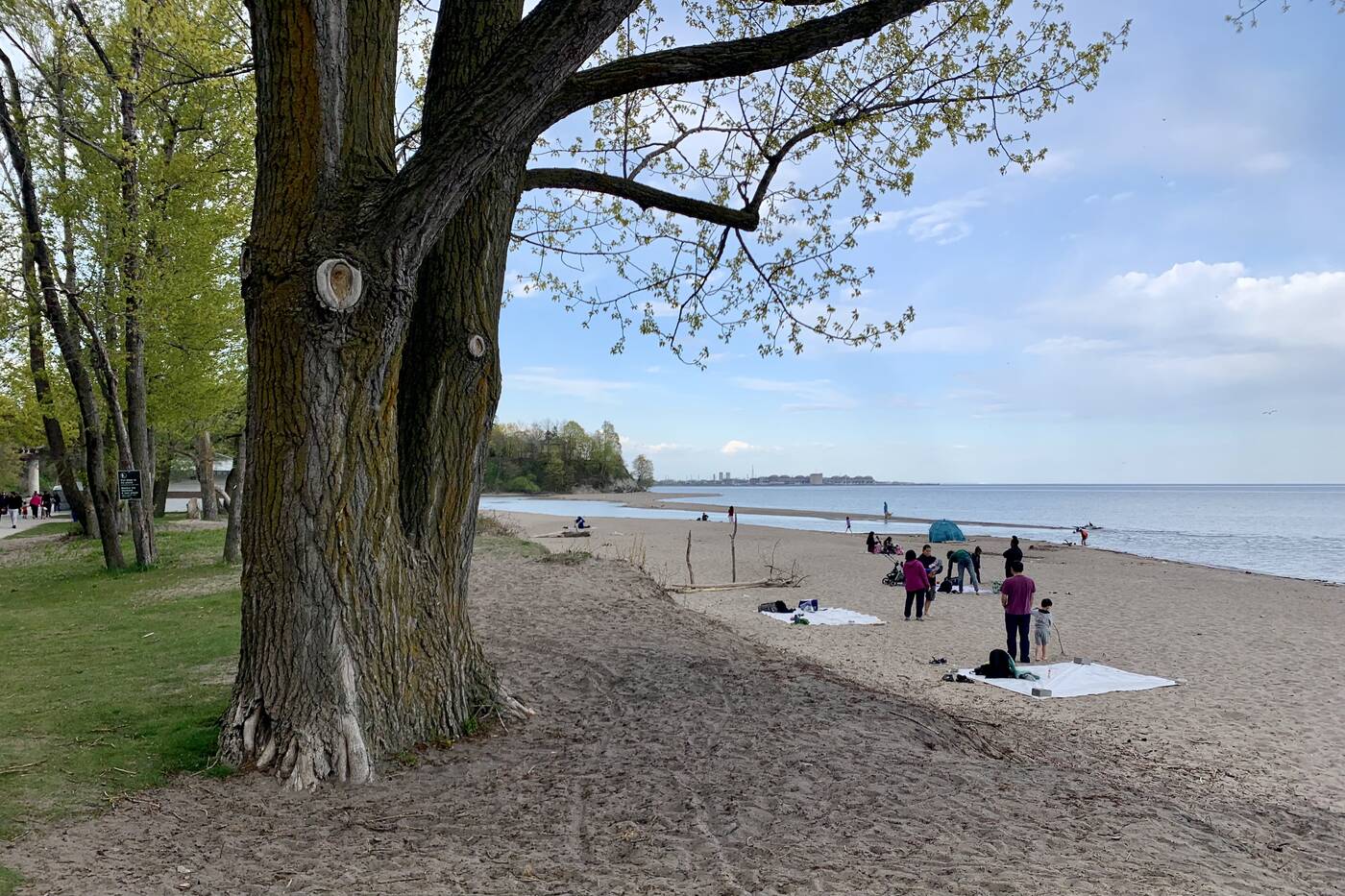 Pickering Nuclear Power Plant is visible to the east of the beach.

Rouge Beach is a serene spot to spend the afternoon whether you're looking to catch some dinner, enjoy a paddle or an extensive hike along the waterfront, or just sit by the water and take in a pretty view.