Toronto is well-loved for its many green spaces and expansive parks but among the beautiful trees, flowers and plants, there are a few that are downright dangerous.

Giant hogweed, which can cause rashes, burns, and even blindness in extreme cases to those who come in contact with it, is one invasive plant that's getting ready to bloom.

The perennial plant blossoms in large numbers across the United States and Canada, where it has been spotted everywhere except for the territories, every year in June until August, thoigh it can start to appear earlier.

Native to eastern Europe and western Asia, it's believed to have been introduced to Canada as an ornamental plant. 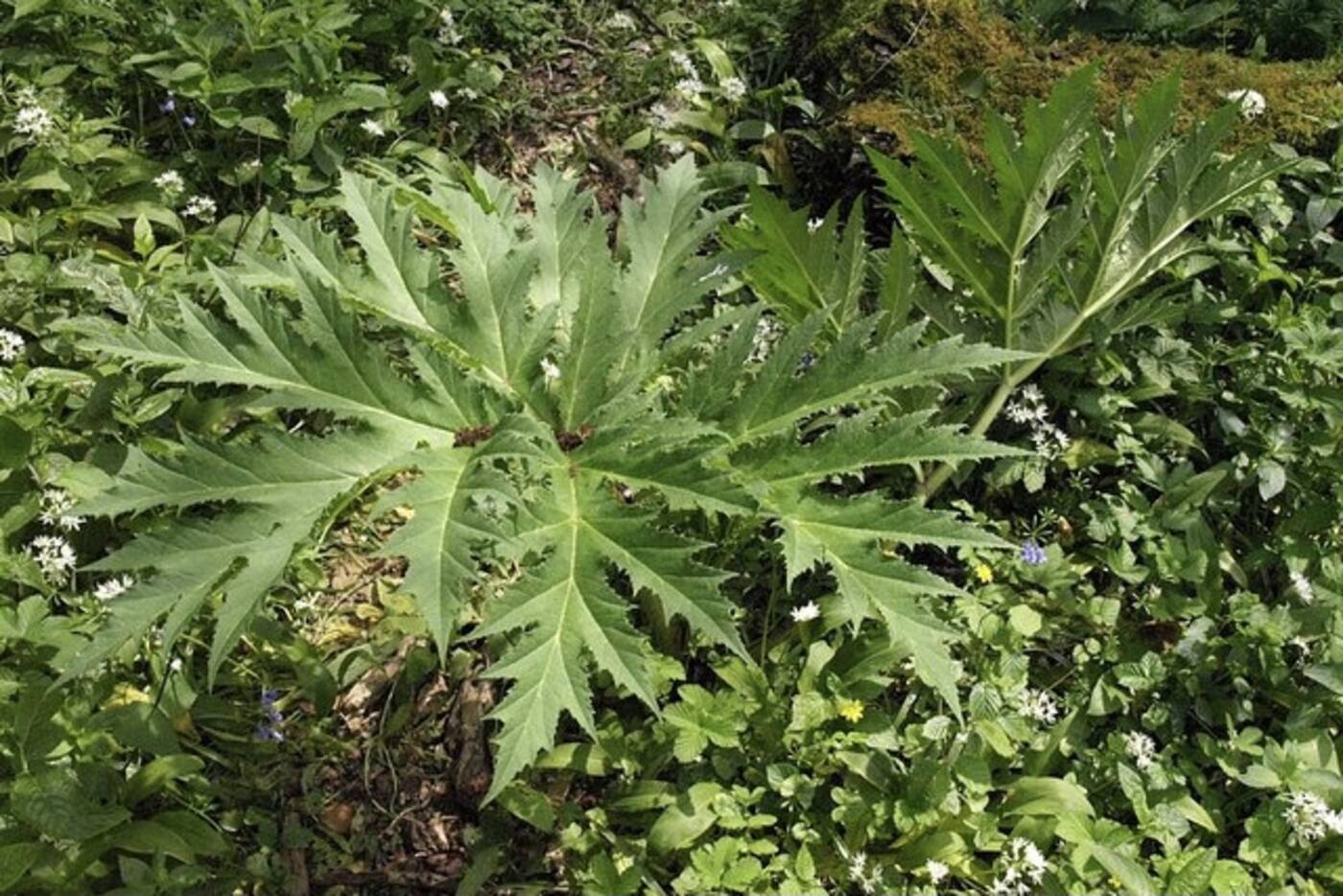 The giant hogweed is a green plant before it blooms. Photo courtesy of Wikipedia.

The pretty plant packs a nasty bite though as its sap can cause extreme skin irritation, sometimes even third-degree burns that are made worse with sunlight.

Burns can continue to blister when exposed to sunlight for up to a decade after initial contact while getting the sap in your eyes will cause temporary and possibly permanent blindness.

According to the City of Toronto's warning on the subject, "sap can be picked up from the plant from brushing on the numerous blisters and hairs on the stems."

If you do happen to come into contact with the poisonous plant, make sure to wash the affected area with soap and cool water and avoid the sun for 48 hours. 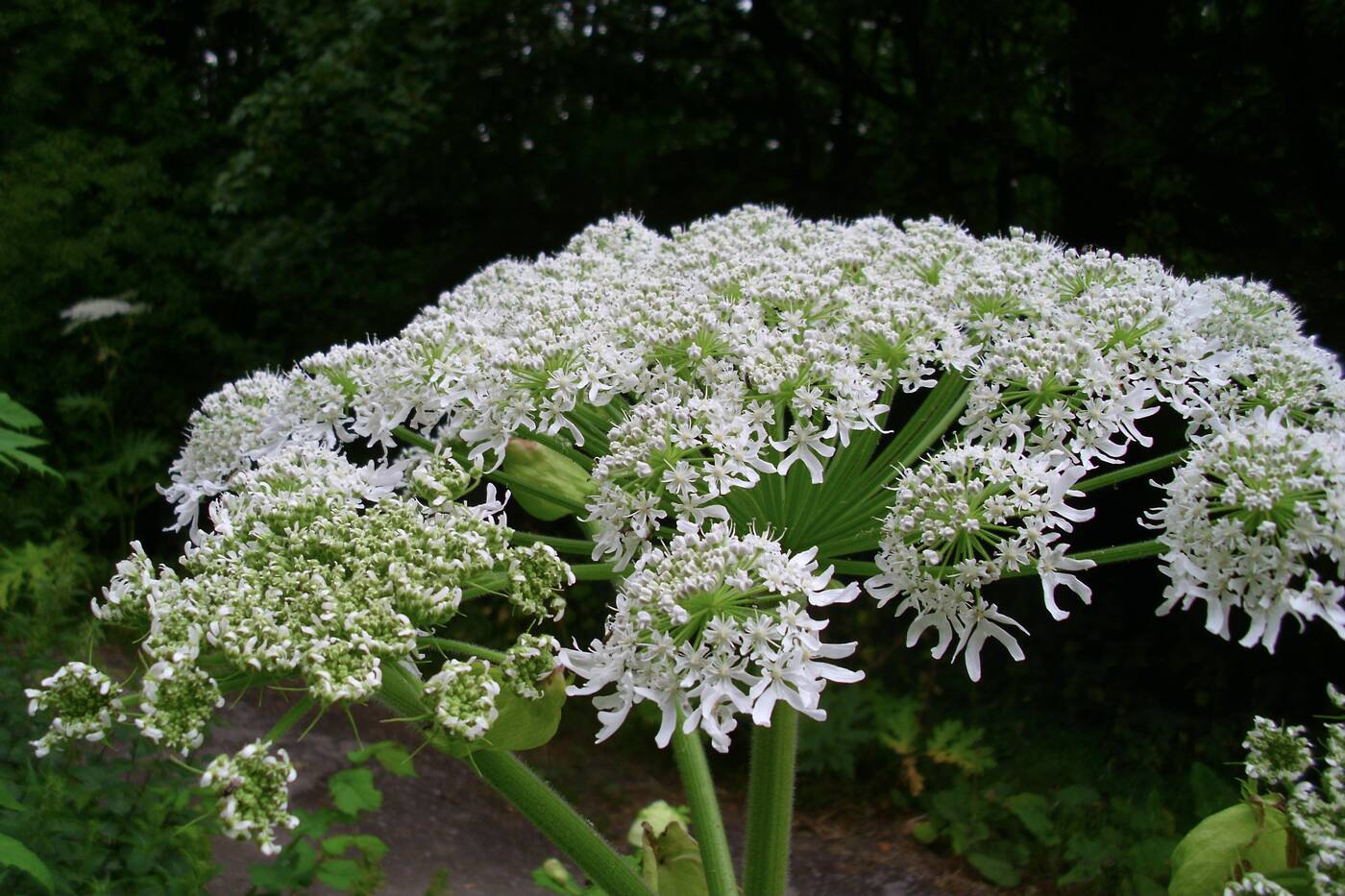 When the giant hogweed is in bloom from June until August, it produces a bunch of deceptively pretty white flowers. Photo courtesy of Wikipedia.

The plant can grow up to five metres tall in the right conditions and is generally found in moist areas near streams and rivers. They can also flourish at roadsides.

Giant hogweed is often mistaken for wild parsnip and cow parsnip, two other common local plants that can cause blisters and rashes. It's also similar to a few other, less nasty (but still slightly rashy) ones like Angelica and the taller Queen Anne's lace.

You'll be able to spot the giant hogweed by its green stalk with reddish-purple blotches. It's also green before it blooms and produces small white flowers on the umbrella-shaped head when it blossoms in the summertime.

The plant is also a threat to pets and even other plant communities, as it's known to compete with native species for sunlight.

If you spot one, call 311 or report it to the Ministry of Natural Resources, and steer clear.