Just in time for what's expected to be a sunny, summer-like weekend in Toronto, city staffers have converged upon Trinity Bellwoods Park with backpacks full of white paint.

Crews arrived to the sprawling west-end park around 9 a.m. Thursday morning to begin installing what the city calls "physical distancing circles" — and by "installing" I mean spray painting on grass.

Similar circles were installed last year as part of a pilot project meant to help parkgoers stay safely away from each other amid the COVID-19 pandemic, as required by municipal bylaws and provincial orders at the time.

It was unclear if the program would continue, as most people had hoped that Toronto would be out of lockdown a full year later.

Sadly, we are not — in fact, Ontario's provincial government is expected to announce the extension of an already six-week-long stay-at-home order later this afternoon. 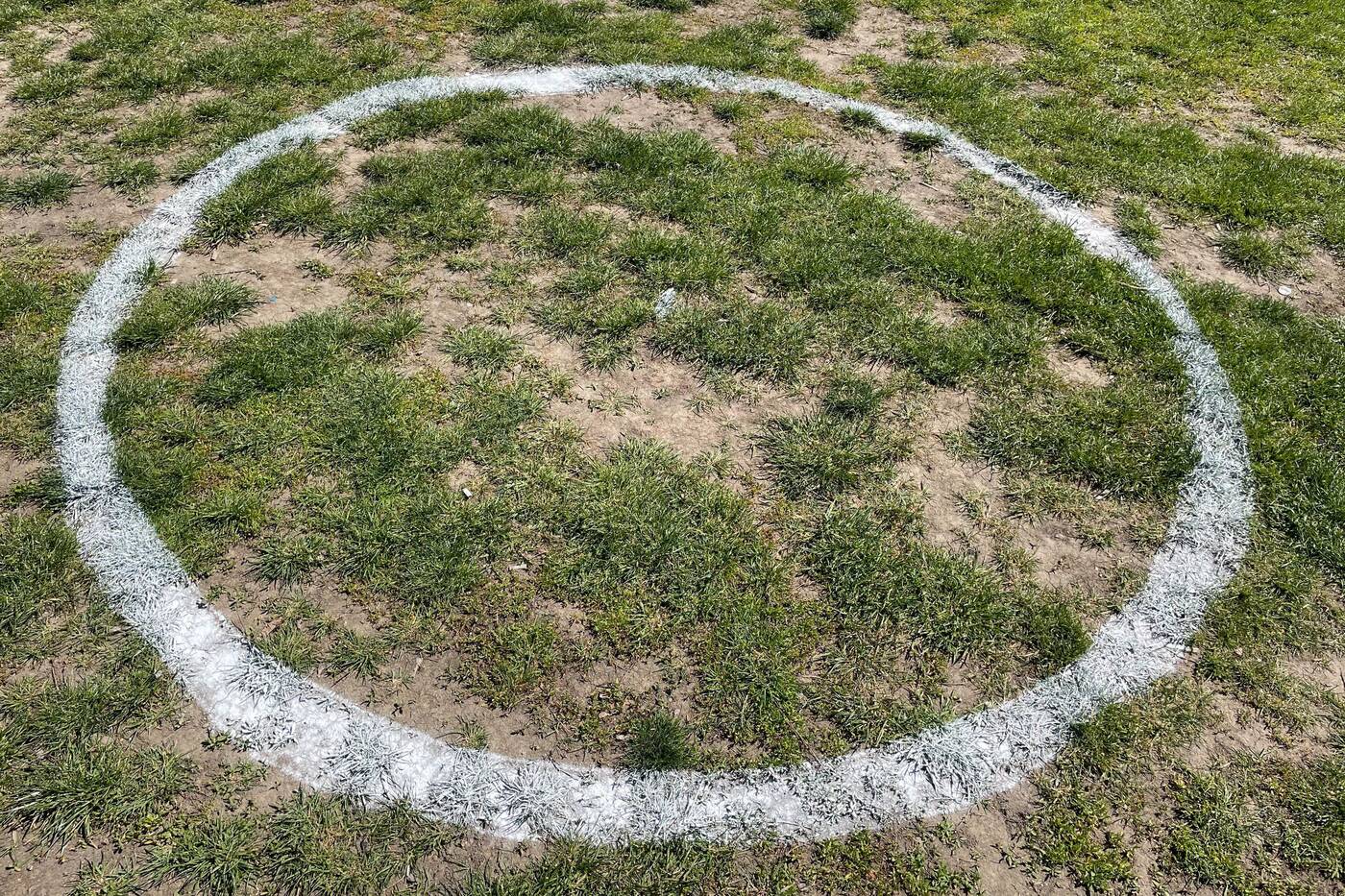 "While there is currently a province-wide Stay-at-Home order in effect, the City recognizes that many residents living in apartment buildings and condominiums who do not have yards need spaces to get exercise and fresh air in City parks," wrote the city in a release last month when announcing the project's resumption.

"Trinity Bellwoods Park is a popular location for many downtown residents and the painted physical distancing circles will help keep people safe while using the park." 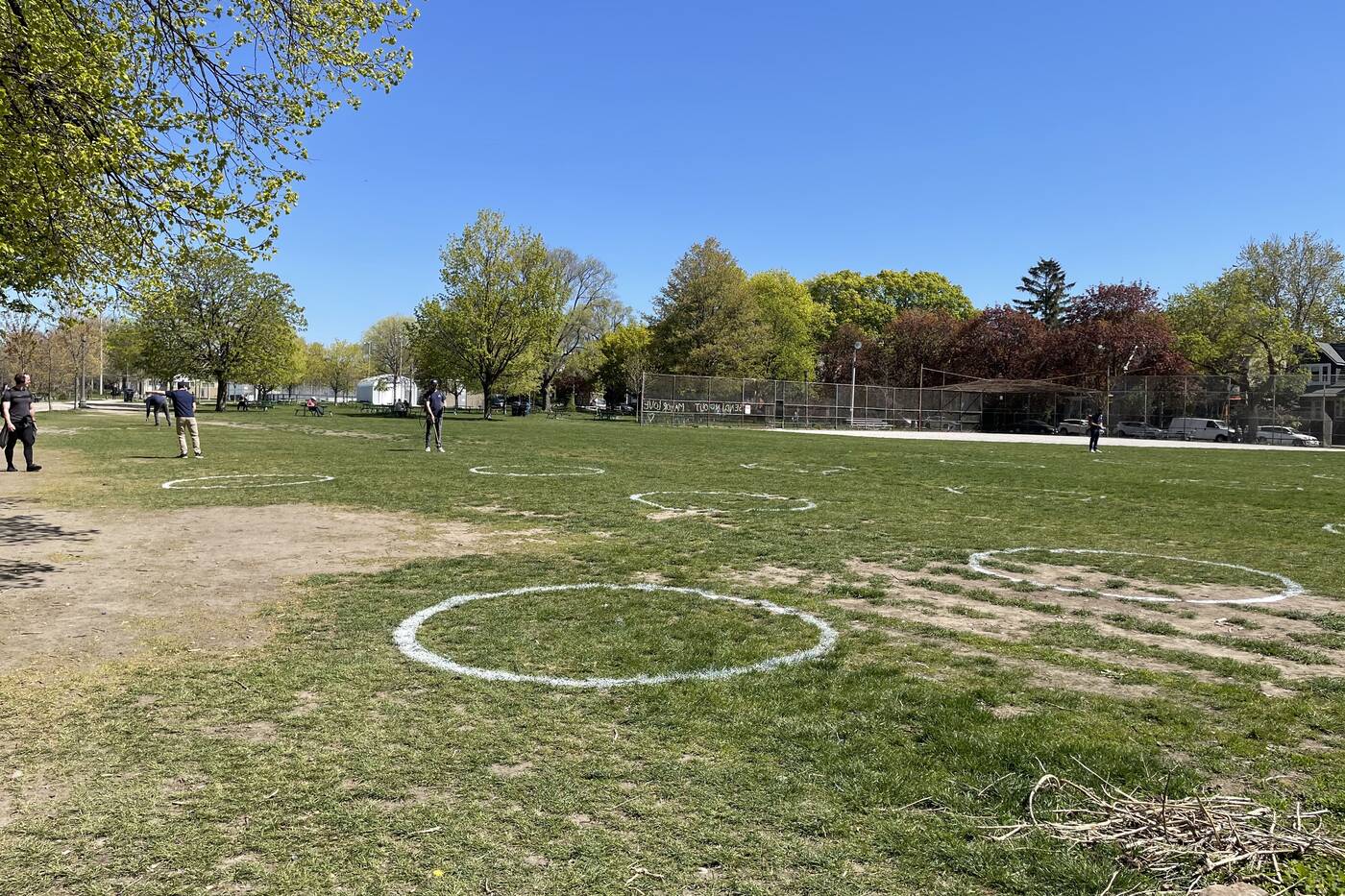 Because the paint requires dry, sunny weather to cure properly, the city had held off on actually painting the circles until today.

Ironically, the circles are a lot harder to see when the sun is shining bright. 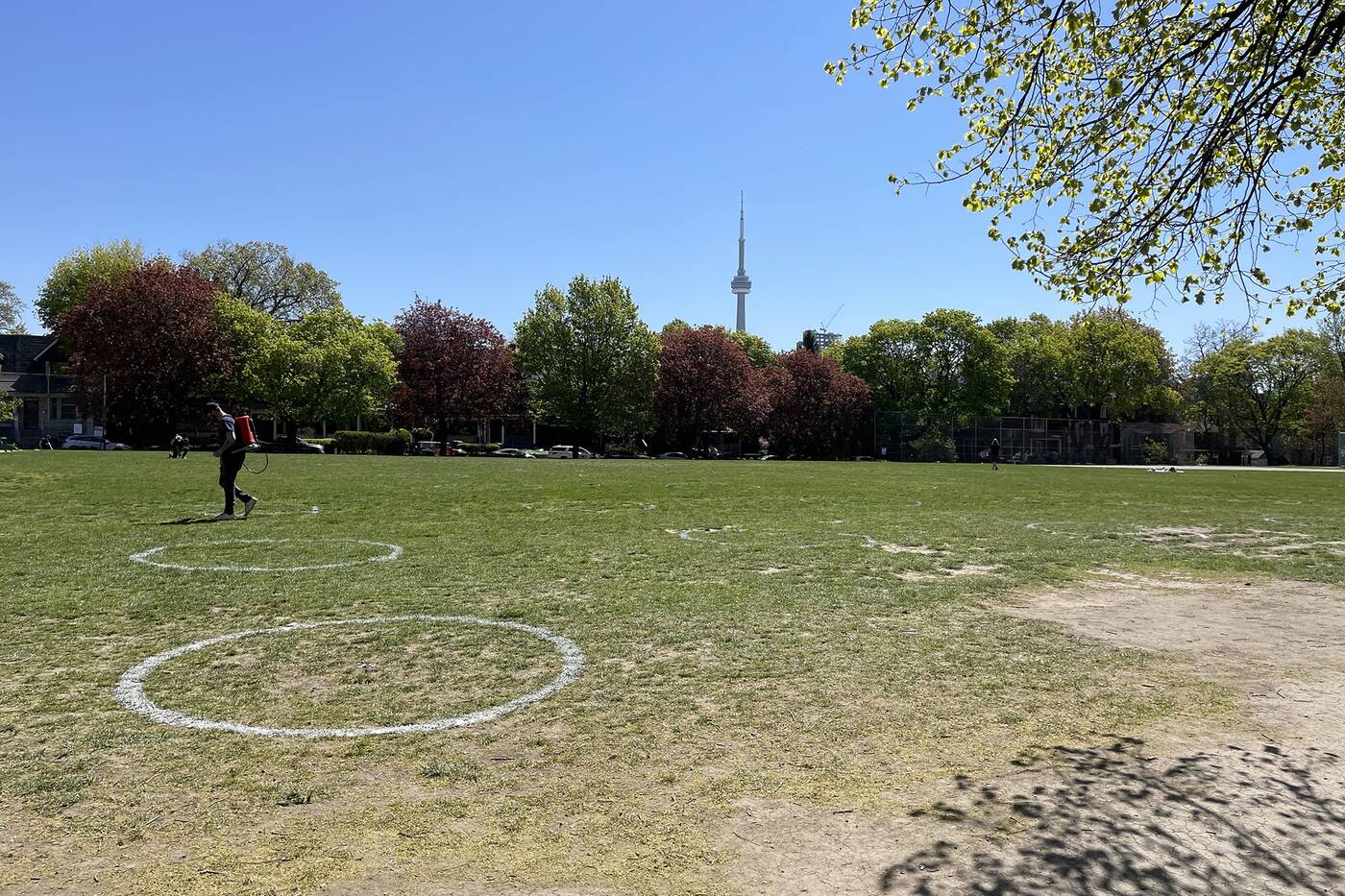 By 11 a.m., most of the large, grassy area some people call "the beach" at Bellwoods had been covered in white circles.

They are once again eight feet in diameter and spaced roughly 10 feet apart.

Nobody was sitting in any of the circles while crews were installing them, likely for fear of wet paint, though one small dog was very interested in sniffing each circle as it appeared.

While some in the city have criticized the program as a waste of money, people did use the circles last year (for photo shoots) before they faded away with the elements.

They also brought some much-needed order to the park. Post-circles in 2020, the 85-acre space was virtually unrecognizable compared to earlier in the pandemic, when Bellwoods became the site of multiple consecutive bacchanalian shit-shows.

Here's to hoping they work as intended again, because Toronto's physical distancing circles certainly don't come cheap at an estimated cost of $12 each for paint and installation.