It's the first weekend in Trinity Bellwoods Park where visitors can test out the new social distancing circles at one of Toronto's most popular green spaces, and for all intents and purposes, it's been a hit.

The white circles, which were painted by City of Toronto staff earlier this week as a pilot project, did their job in keeping groups of people isolated from one another while enjoying the outdoors. 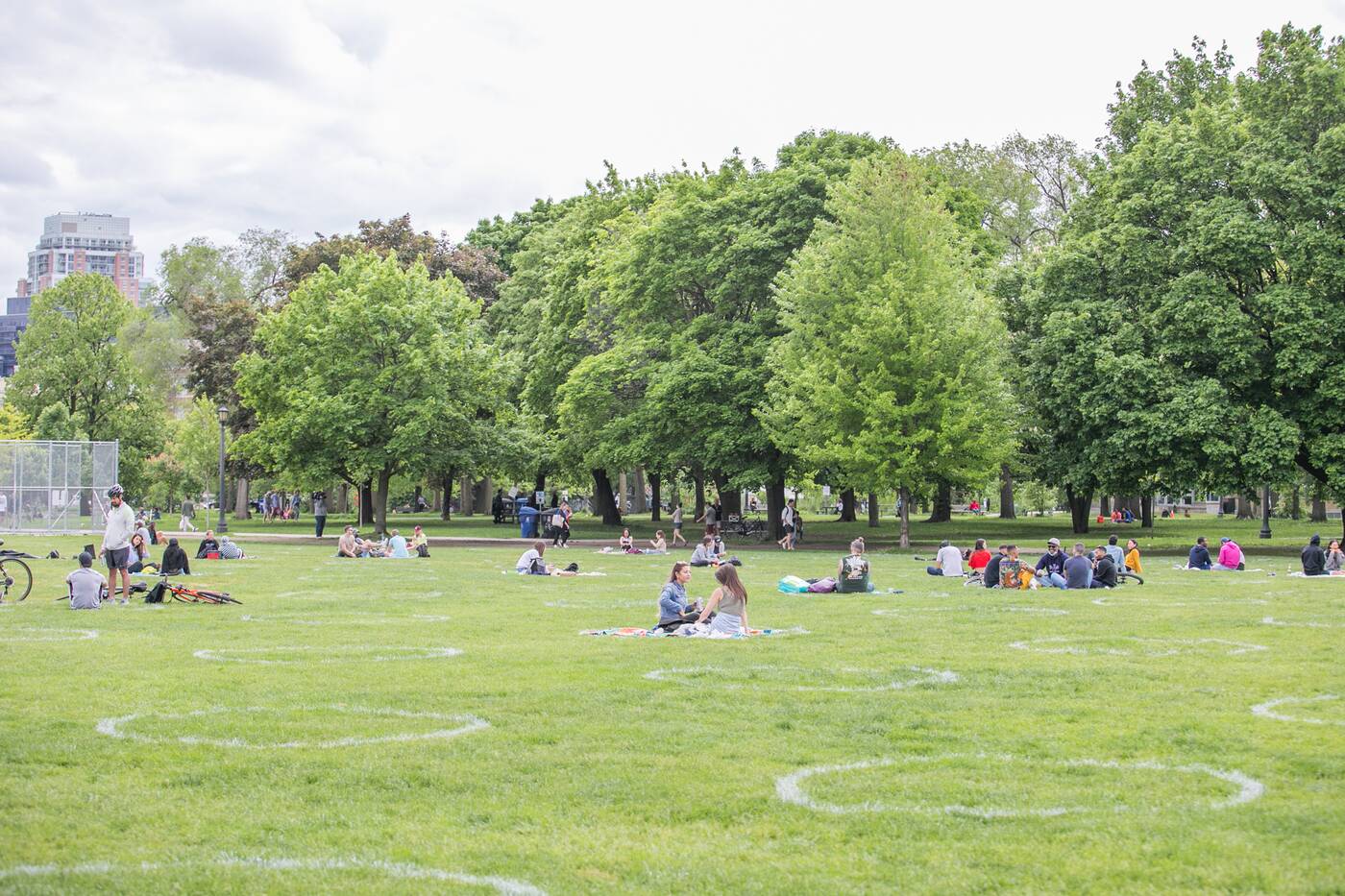 So far, the park has been significantly less busy than past weekends, where sunny skies and high temperatures lured people out in dangerous crowds. 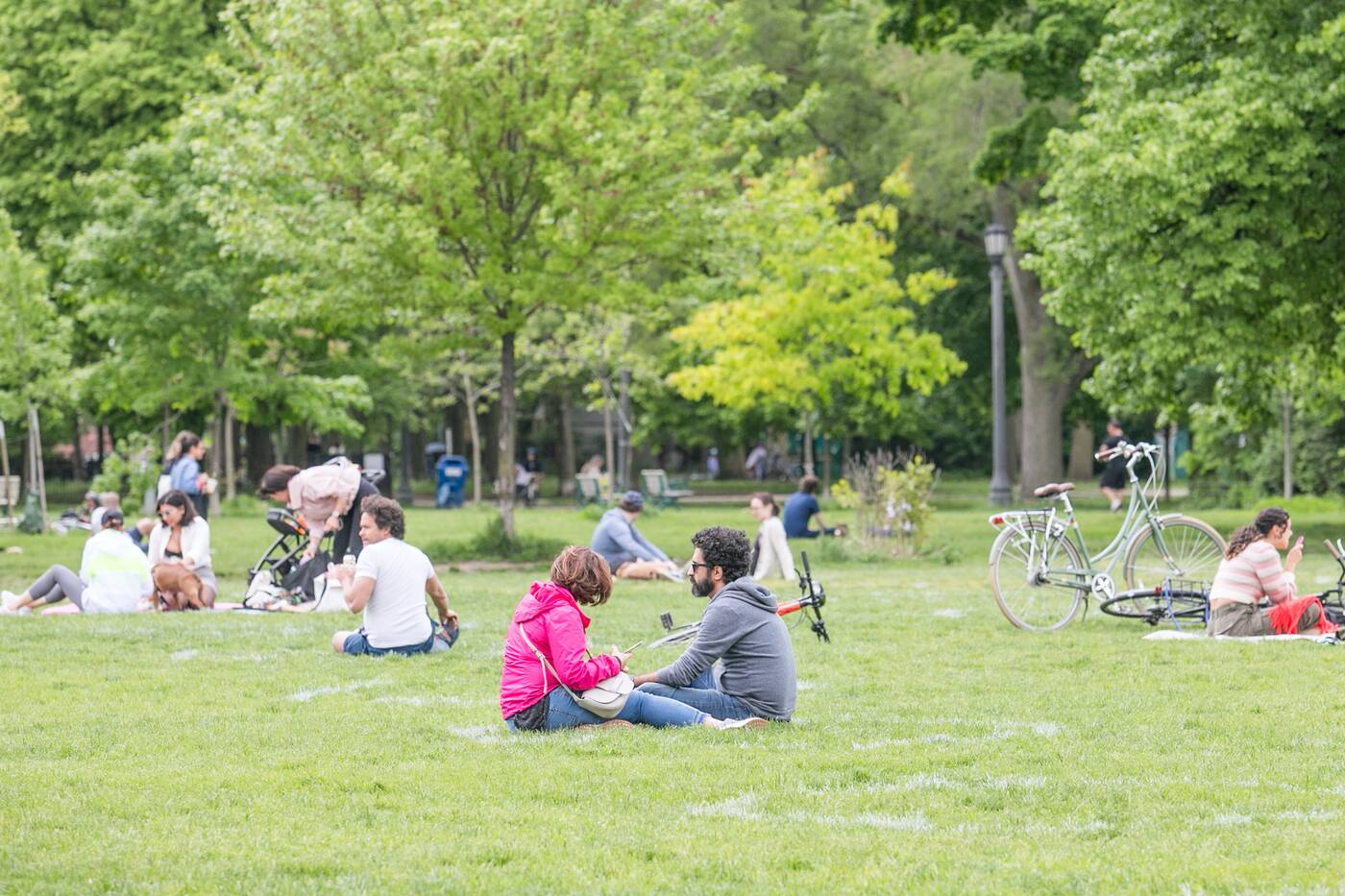 Saturday proved to be a lot chillier than other days we've seen, but people seemed eager to test drive the social distancing circles which were popularized in New York and San Francisco before being implemented in Toronto. 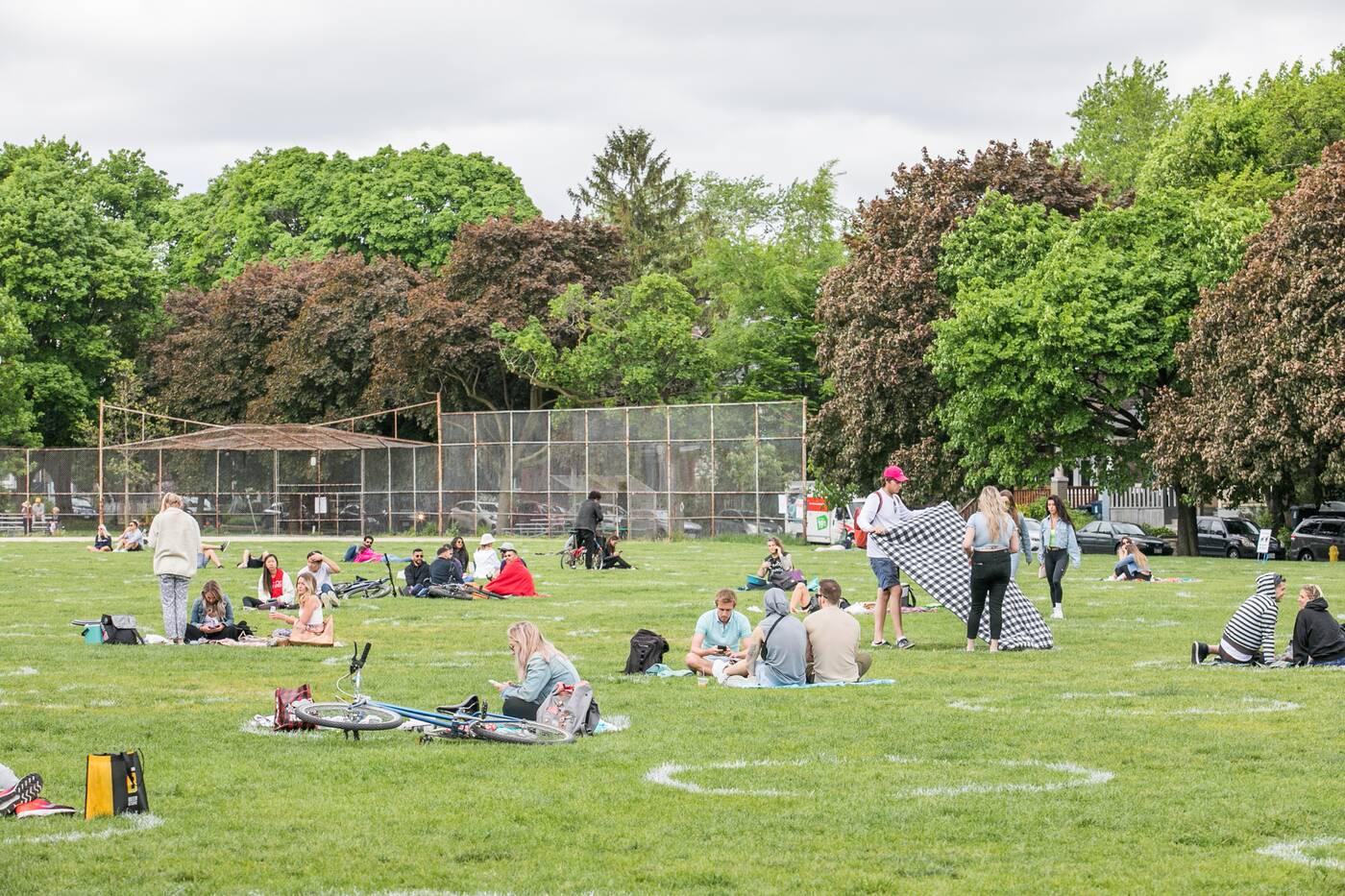 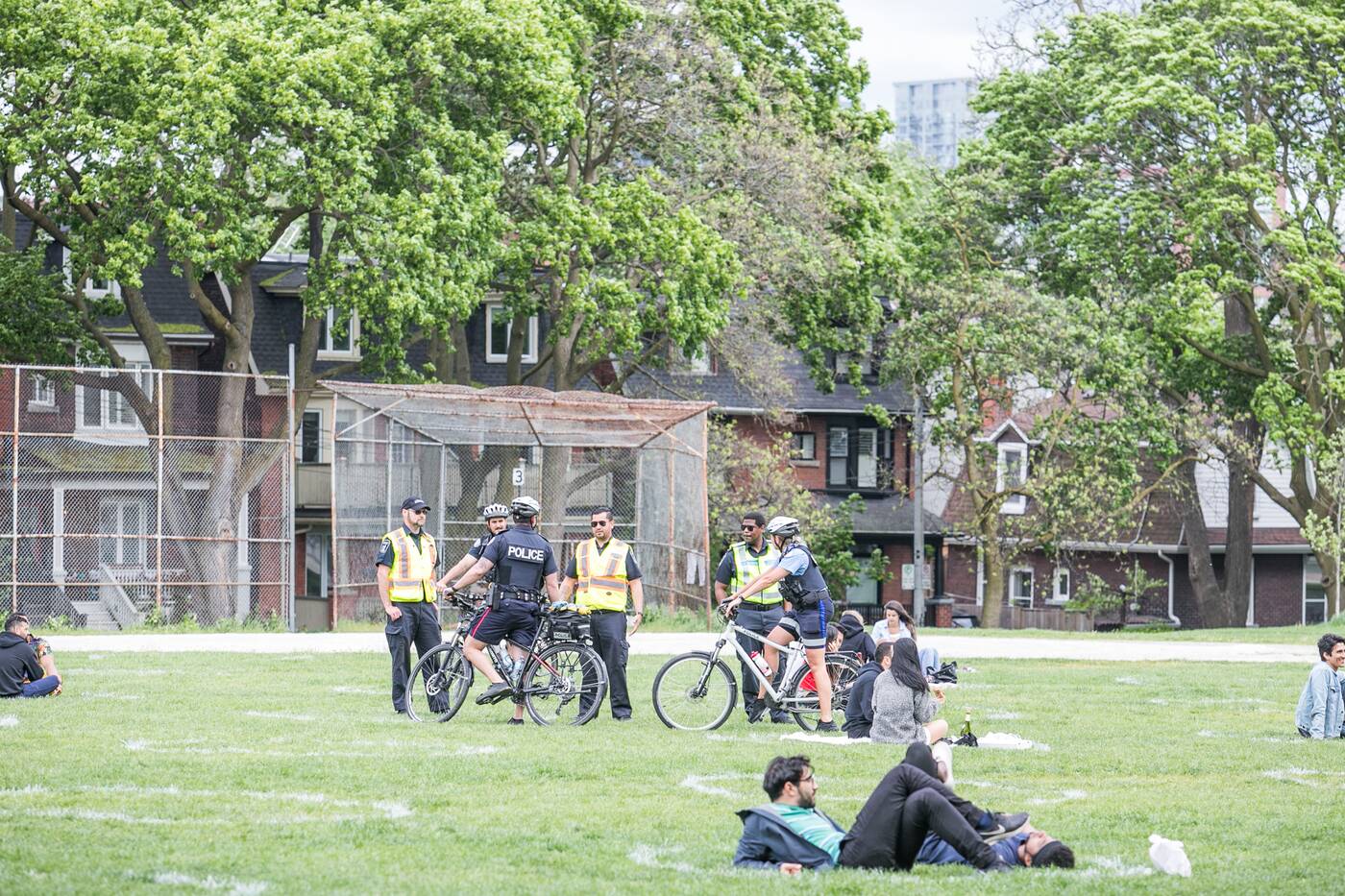 Bike cops and bylaw officers were in full effect on Saturday, and seemed much more effective than last week in directing people how to properly physically distance. 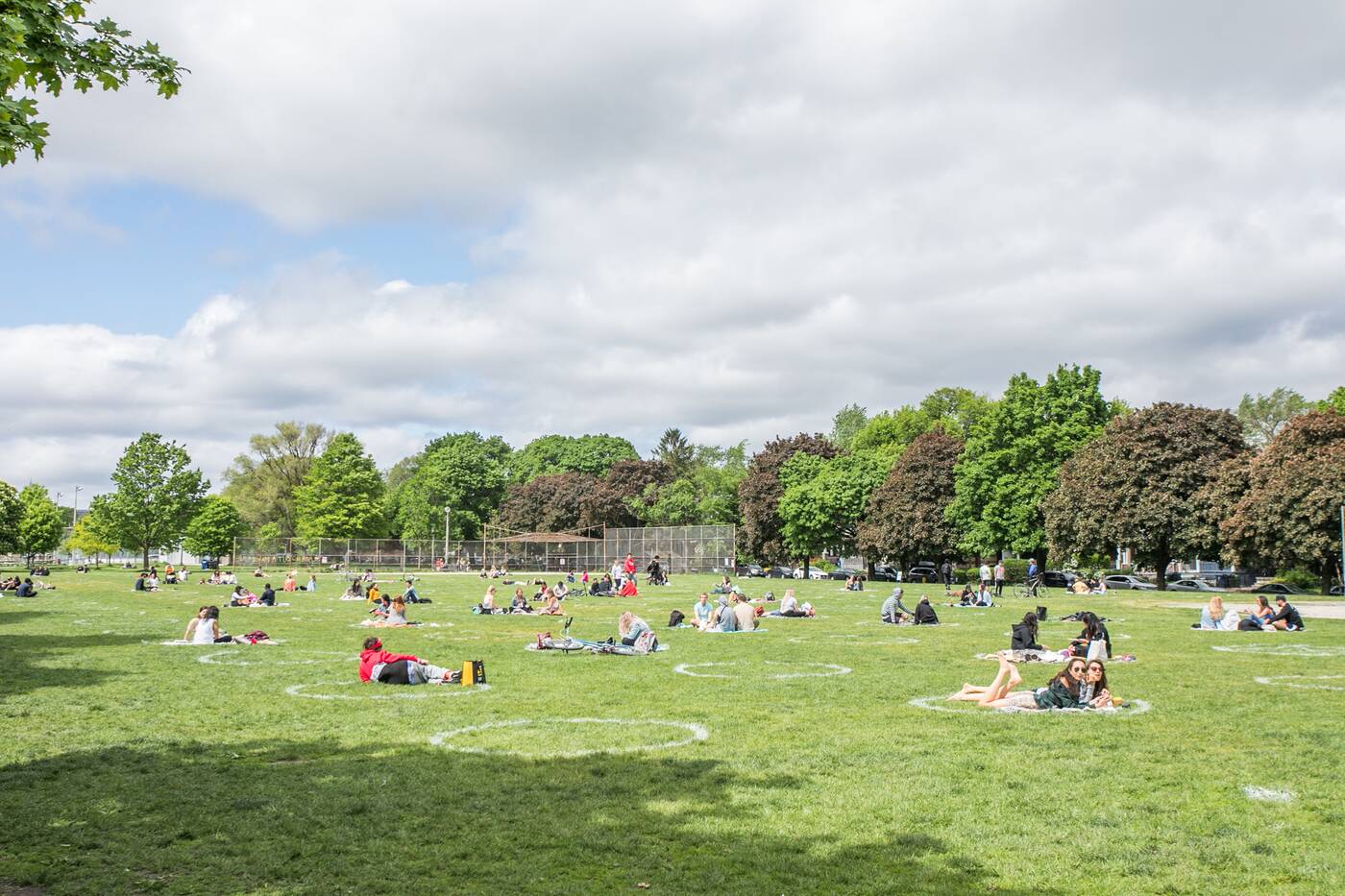